28DL Full Member
Oh man, it's good to see some proper torch love! The P7.2 is like the AK47 of the urbex world, it's a solid bit of kit but you can get much brighter and higher quality light for the price.

I just picked up an Astrolux S43S for £22! You can pick 2100LM (Cree) or 1600LM (Nichia 219C) - I'd go with the Nichia for better colour accuracy. A bit less power than the Emisar but you get USB charging, solid copper heatsink, choice of 18650/18350 to make it even smaller, a cool glassbreaker hammer attachment thingy, and a glowing button that looks like the fucking eye of Sauron. For £22 it's got a pretty insane bang-buck ratio.

Like the Emisar, you're not gonna be running around with it on full power all time, pretending to be the Sun God. But being able to do a 1-2 minute burst of crazy power whenever you need it is great for light painting, especially with the high colour accuracy LEDs. Could halve your exposure times! I work with models, using a burst of flash to light them and then a quick light-painting behind them, and it means they won't have to stand still anywhere near as long now

If you want a good illustration of just how weak the beloved Led Lenser P7.2 is compared to some more modern torches, here's a comparison of it against the £26 Emisar D4...

Regular User
Haha thats a great comparison. It's a good website for comparing beam shots. The Astrolux is a good choice, forgot about them when I wrote this up tbh. The S43 is a nice middle ground between the insanity of the D4 and something more sensible, plus that solid copper mass looks great.

Check out the Emisar D4S if you havent already, I've go the 5000K XPL-HI version and it's completely bonkers and has a really good throw. The quality of machining is damn impressive too.

Regular User
Very cool and useful torch guide. Thanks for this. I haven't heard of many of these and always thought LEDlenser or Fenix were the main ones, so this gives many more possibilities.
Very grateful for the info.
"...I wouldn't feed that thing!..."

Regular User
very imformative! thank you.
decided to ditch the p7.2 for the t7.2 .... some impressive torches there, but i dont think for the places i try to get into that the emisar D4 would be a feasible option! impressive though it is.
"How hard can it be?..."

28DL Full Member
Thanks for a very interesting article. A couple of extra points for the Zebralight H604 - it comes with a specific high CRI version which I haven't seen any other manufactruer offer.

Also if you buy direct from Zebralight in the US they are offering free worldwide shipping so a H604c cost me about £68 vs the UK retail prices which are more expensive in pounds (£100) than the US price in dollars ($90)!

28DL Full Member
My Astrolux S43 turned up so I went for a little mooch down the Waterloo Tunnel just to test it out! Very impressed, it's an advanced bit of kit for £22. 1600+ lumens is a lot of power, really cut down my exposure times, and the colour accuracy/temperature is great. It's also great if you get cold hands, just stick it in your pocket on turbo for 30 seconds and it makes a fantastic handwarmer. With the 18350 it's teeny tiny, but I'd definitely recommend the 18650 tube more - far more practical. 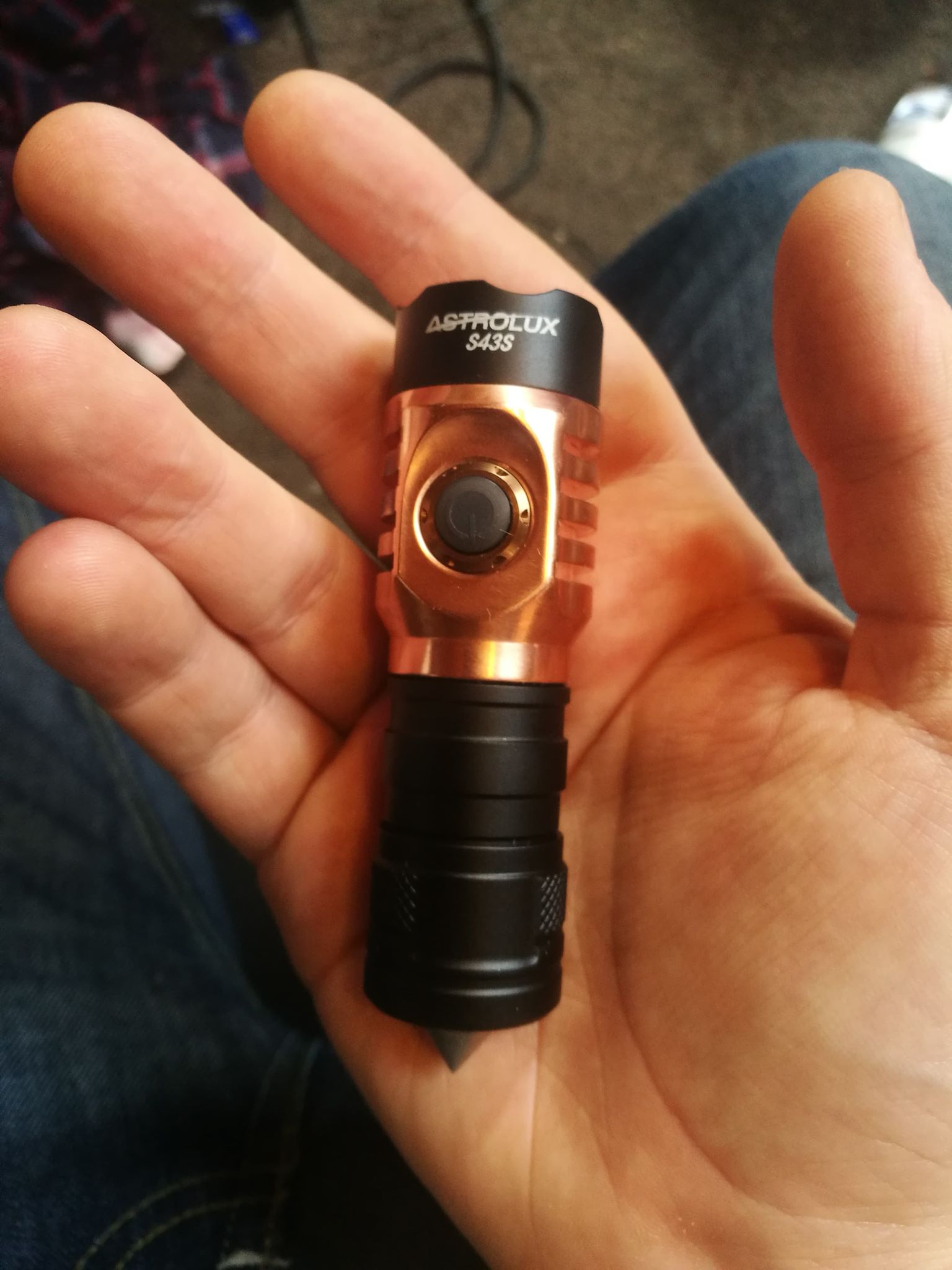 The only downside with fixed optics is they're not ideal for doing long tunnels - it's hard to light further down the length of it without brightening the foreground a bit too much. So I may have to pick up another Nichia light with a less floody beam, combine the two! 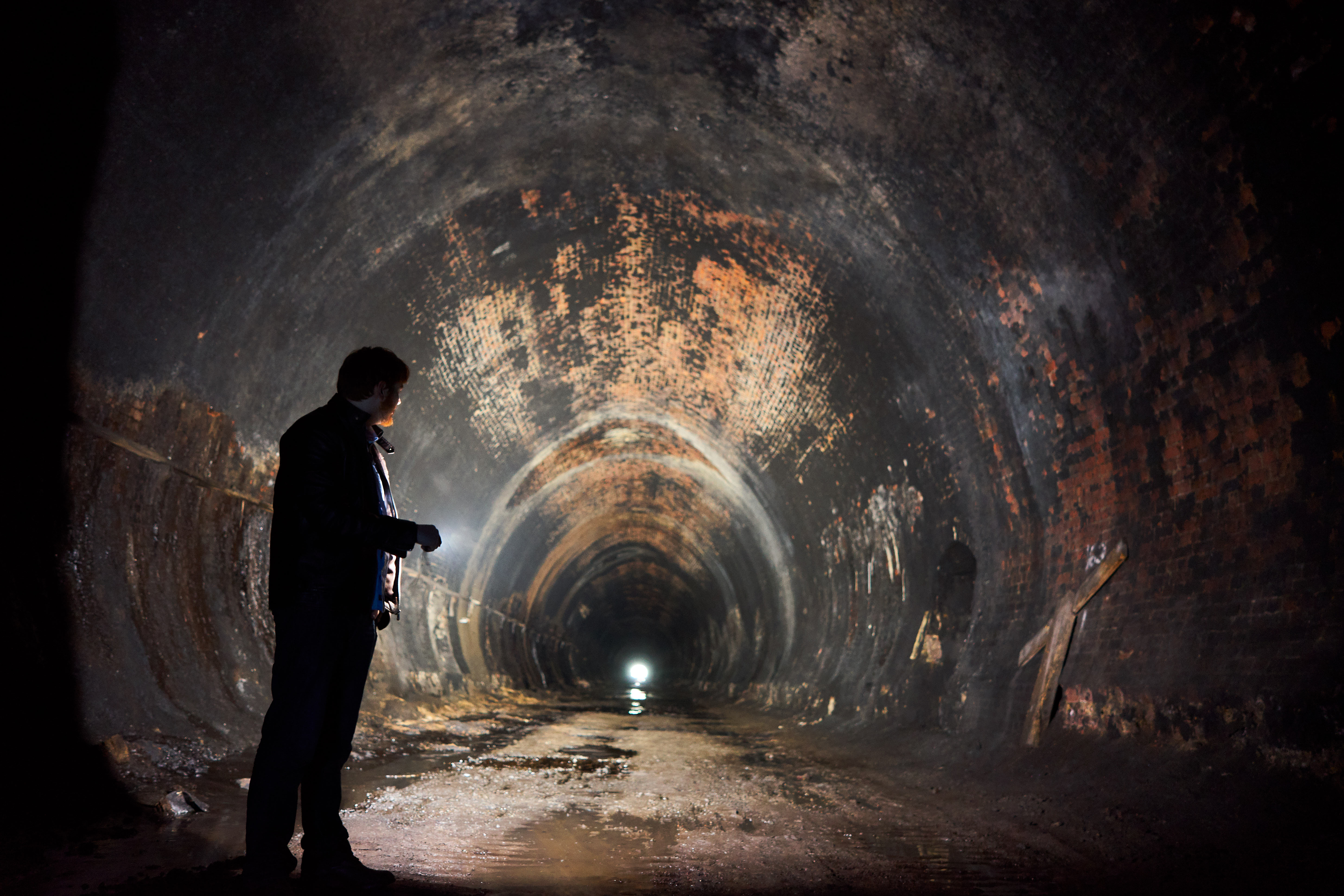 Regular User
Buy one get one free on Armytek Wizards atm.

all i wanted to start with was an EDC capable of a 1000 lumens or so. Now i have 8 of the bloody things

i don't think you can go far wrong with a Fenix personally.

Regular User
It's a dangerous hole, I'm having to learn serious self control to stop myself buying more and more. The new Emisar D4v2 and the FW3A are both very tempting at the moment.

Mps6 said:
Torching is an extremely deep well to fall into

all i wanted to start with was an EDC capable of a 1000 lumens or so. Now i have 8 of the bloody things

i don't think you can go far wrong with a Fenix personally.
Click to expand...

Fenix's are pretty decent and dependable. They don't really push the boat out when it comes to power, latest emitters and electronic design, but they are a solid and well made.

My favourite light is my Emisar D4S, it's an absolute beast and such good value.

28DL Full Member
After reading your guide (massive thank you for posting @Grom ) I purchased an Emisar D4S (XP-L HI V3 3A, 5000K ). So happy I did! I still can't get over how insanely bright it is and how wonderfully tactile it feels to hold. I'm already looking at how I can justify getting another Emisar, and after seeing you mention the D4v2, I've decided that my son would like that for his birthday

28DL Member
Grom, I never post because I don't get out often and when I do I usually can't post for work reasons ( I know, I know! I'm going to change all that and make an effort). But that is such a useful guide, I'm going to break radio silence to say thank you :)

Regular User
So I thought this might be interesting to anyone who thought about what's involved with modding torches. This isn't an in depth tuturial because this is the wrong forum for that, but just a vague guide.

Back in November when I had my little 'accident' at Portsmouth fuel depot, where not only did I almost kill my camera (Which is still alive and kicking), I dropped and killed my head-torch. It was a Skilhunt H03, a poor mans Armytek Wizard but still a brilliant head lamp. Anyway It had been bugging me recently that I was unable to fix it, something on the driver board must have been damaged and it was completely dead. So I managed to find a man in Germany that sells uprated driver boards for the H03 with much nicer firmware for the sum of 12Euro. So I bought this along with a new Hi-CRI SST20 4000K emitter and had a stab at fitting it.

I'm not brilliant at soldering, so I had my work cut out. Fortunately my work has some quite good soldering irons that I borrowed one break.

This is the driver, a little 21mm board. It's got all the firmware on and is what controls the voltage and power going to the LED from the battery.

I had to solder on the spring from the old dead board.

The the two wires for the LED, positive and negative.

Then soldered on the 3 wires from the E-Switch, the existing switch was fine so I kept that.

Then finally the two LED wires to the Emitter on its board.

And then personalised it a little....

I reckon It's somewhere between 1200-1500 lumens. More than enough for a headlamp.
Hopefully I can get underground soon to see how it performs.
It's got the same ramping firmware as the Emisar D4S so it's got pretty much infinite brightness settings.

I should note that the last torch I modified ended up shorting itself out in a big puff of smoke while underground in a mine. Fingers cross this one lasts a little longer than that