We had a day of recces, when we visited this site. We'd earlier tried another site further south on the Wirral, but access had been sealed with ample amount of barbed wire since my recce. We gave it a miss this time and decided to go and recce the two sealed tunnels in Birkenhead. I'd seen a works van around the area a few week previously and wanted to see the state of play.

Upon arrival we made our entry and proceeded to ignore the scaffold all around the viaducts. We weren't here for them, we wanted tunnels! We really didn't get tunnels. What we got where two new 5 digit combination locks and new covers for them. Damn! We did spot what appeared to be someone's initial etched into the steel plating which covers the length of the palisade, except the spikes. As Lew mentioned in his report, the where a lot of sirens blaring out over Birkenhead that day, and with the addition of the police helicopter somewhere overhead we decided to GTFO!

I can be a bit of a bugger sometimes, that day was no exception; on the way out, I took the most meandering route, trying to see what I could see. This weird and wonderful route took us past the scaffolding that we'd so rudely ignored earlier. Time to rectify our bad manners and go and take a look!

I like climbing scaff at the best of times, so I had no qualms about monkeying around whilst Lew looked on disapprovingly.

I'd apologise, but I'd only be lying.

I don't drive, but my girlfriend does, and this viaduct is on her normal route to work, every now and again we'll forget that it's closed and get irritated by it being closed all over again. I thought I'd have a gander inside to see what they where doing, why it's taking longer than the week it was originally intended to and just generally be a nosey bastard. In the process, I've learnt more about this area of Birkenhead than I previously knew.

By the early 1960s, it was becoming clear that the Queensway Tunnel was carrying much more traffic than had ever been envisaged when it was first opened. In just thirty years it was thick with cars and lorries throughout the day. The problem came in two parts: the capacity of the tunnel, which was set at four traffic lanes; the bottlenecks along its route, those being the two junctions inside complete with traffic signals; and the toll booths at each entrance.​
The capacity issue was slowly being addressed with the planning of the second tunnel - what eventually became the Kingsway Tunnel further north. It was generally agreed that the bottlenecks had to be fixed regardless of this as the Queensway would continue to struggle with its traffic problems even once it was relieved further north. The Kingsway was more for long-distance traffic, and traffic for Birkenhead itself would probably continue to use the old route.

A bill was set before Parliament and consultants were called in to examine the problem in 1965. Brian Colquhoun and Partners, one of the engineering companies involved in the construction of the tunnel itself, were appointed and set to work. They reported back in August 1966 and the final plan involved some major changes.


In practice, this meant clearing a large area of central Birkenhead - including more than 170 homes, 90 shops, 23 factories and 14 pubs - and replacing it with vast open areas of tarmac and two kilometres of new elevated and tunnelled roads. The construction works lasted two years and four months, including the complete renovation of several railway tunnels underneath, with the computer controlled queueing system set up in a separate contract running for a further year. The scheme was opened to traffic in July 1969. 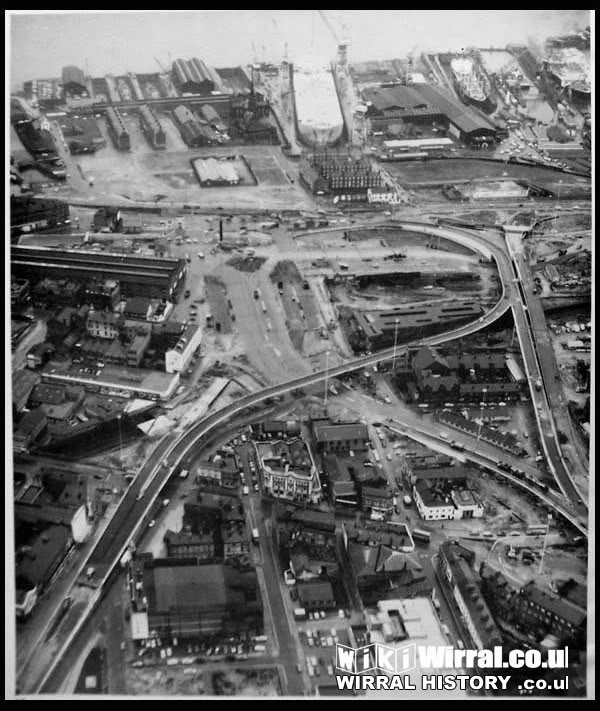 New viaducts, Town Link West on the extreme right​
According to a PR pamphlet put out by some public body, possibly the Mersey Tunnels Joint Committee, the project had several distinguishing features... 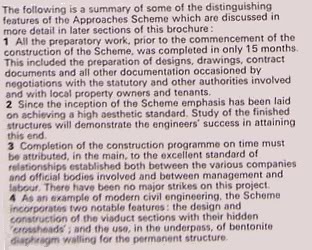 After 42 years the flyover is getting a good work over. I think this is in preparation for an expected increase in traffic load when a new ASDA store opens in Birkenhead in winter 2011. From what I can gather the works consist of section joint maintenance and repair, concrete repair, blast cleaning and painting 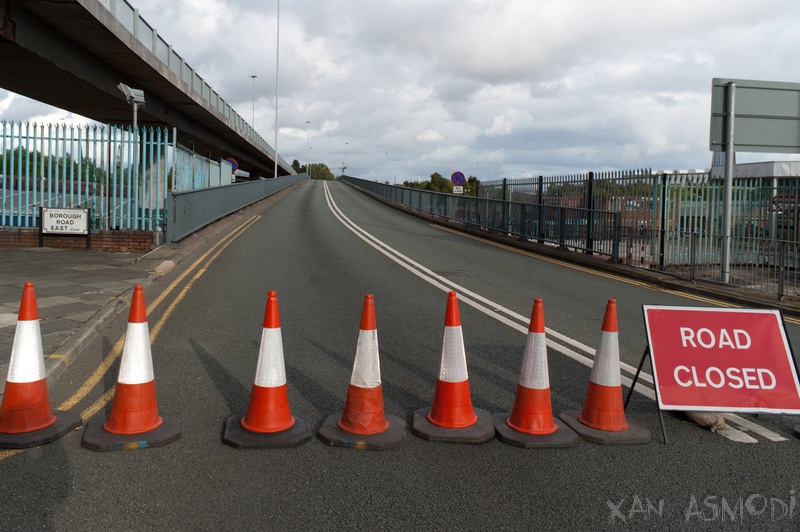 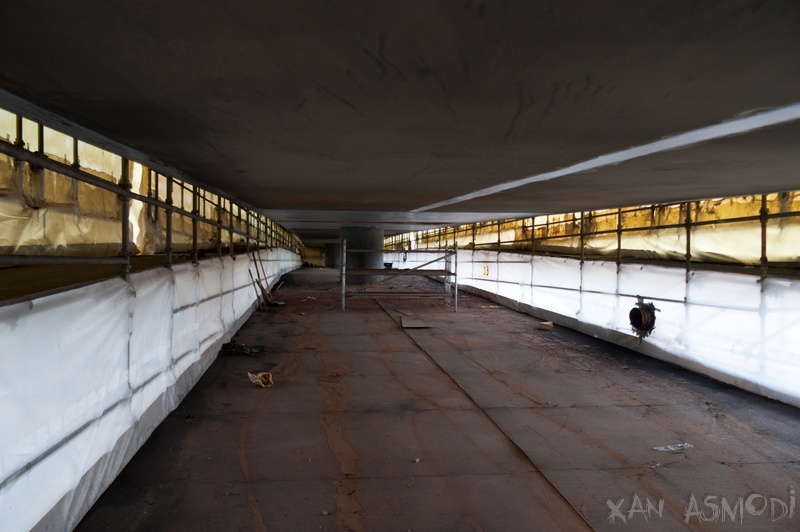 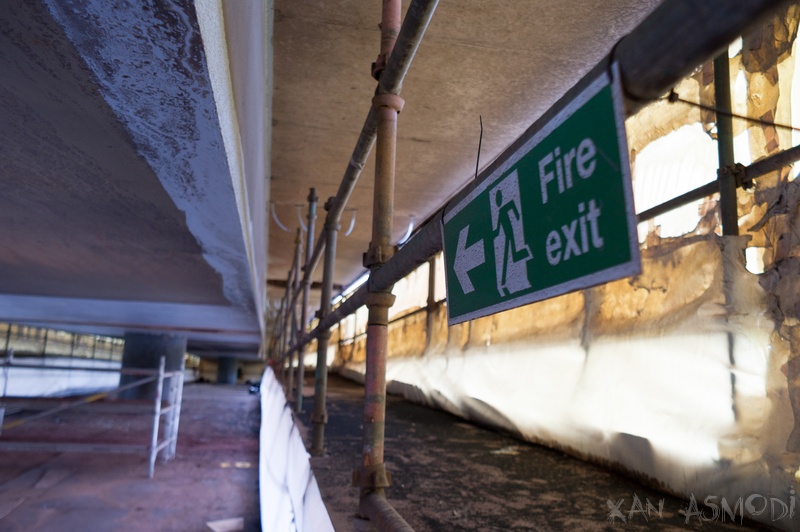 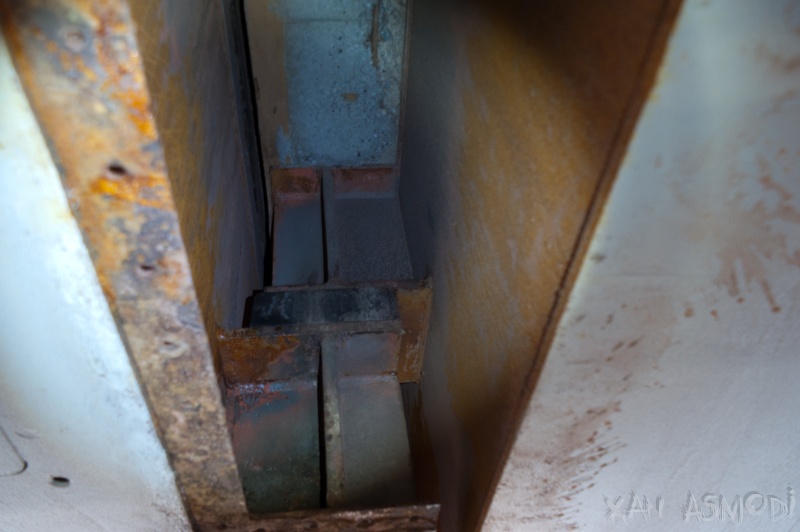 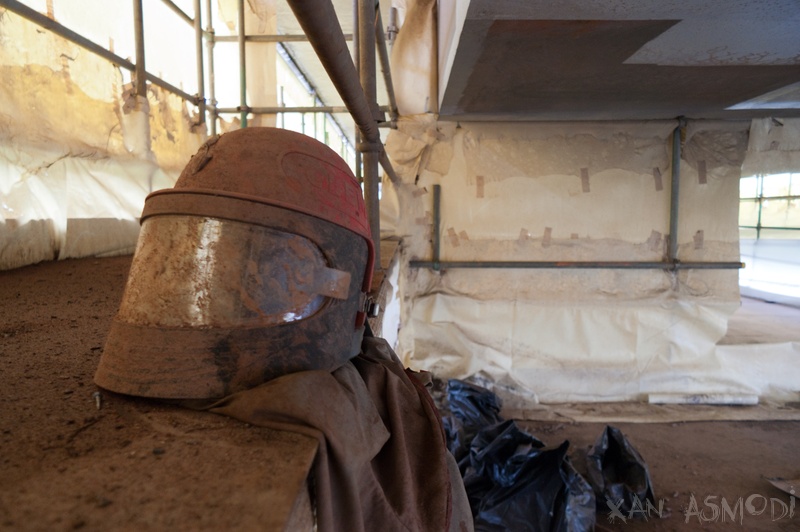 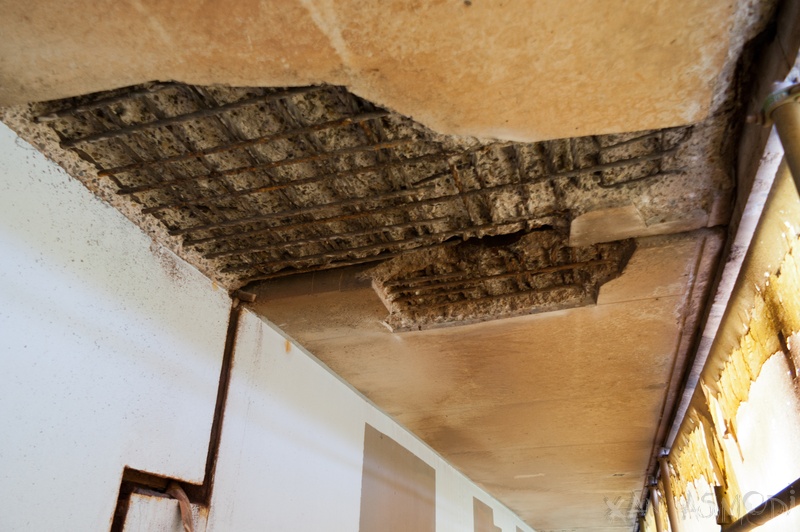 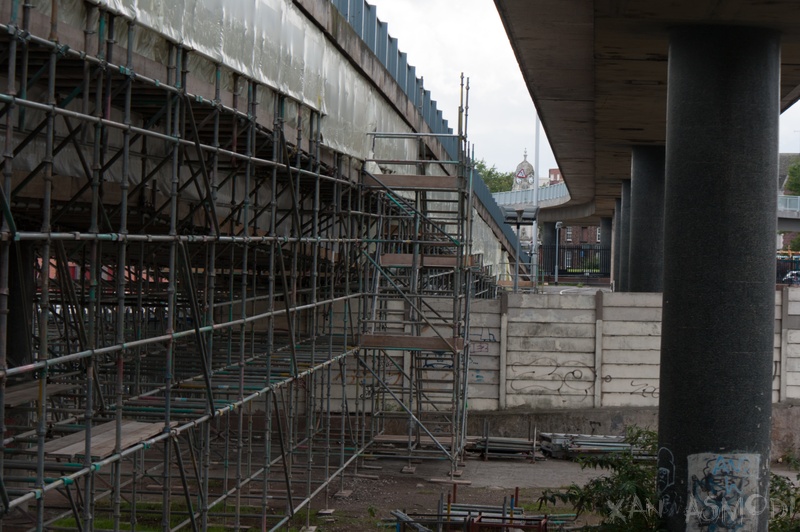 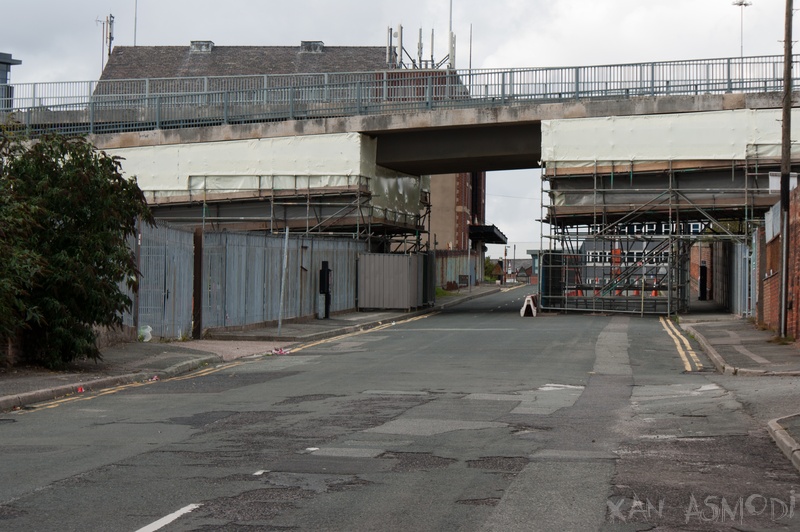 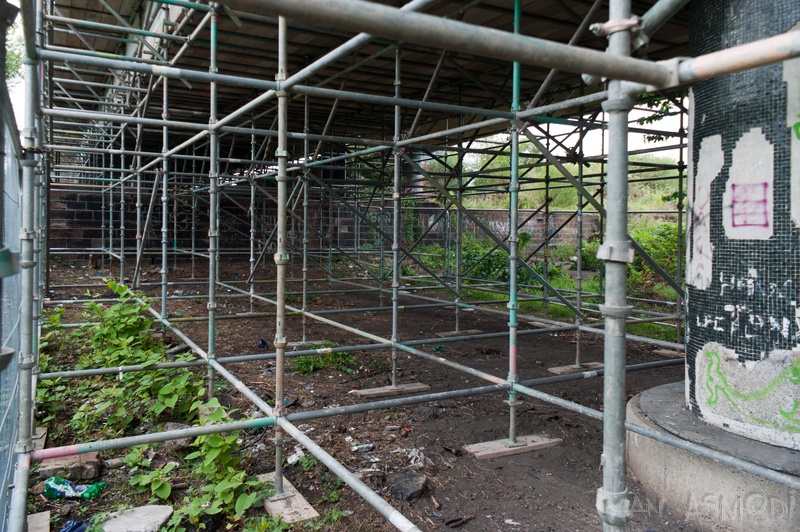