Regular User
Last November, at the time of the 100th anniversary of the end of World War One, I first became aware of the wreck of a WW1-era German submarine in the Medway Estuary, Kent. Clearly visible on Google Earth… 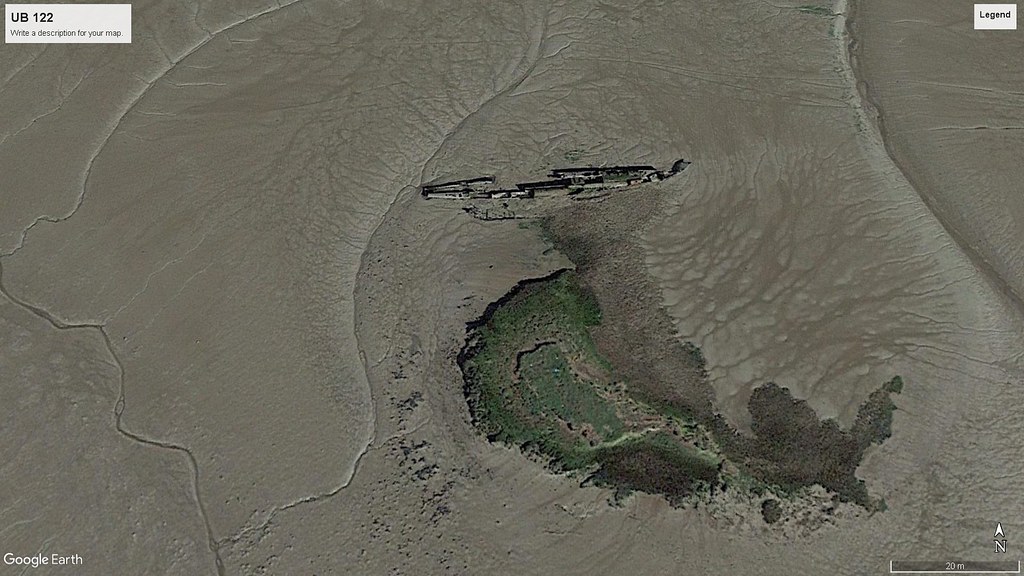 The wreck is assumed to be that of UB-122 and is said to be the only visible German submarine anywhere in UK waters.

UB-122 was a German Type UB III submarine or U-boat in the German Imperial Navy (German: Kaiserliche Marine) during World War I.

She was built by AG Weser of Bremen and following just under a year of construction, launched at Bremen on 4 March 1918. UB-122 was commissioned later the same year under the command of Oblt.z.S. Alexander Magnus. Like all Type UB III submarines, UB-122 carried 10 torpedoes and was armed with an 8.8 cm deck gun. UB-122 would carry a crew of up to 3 officers and 31 men and had a cruising range of 7280 nautical miles. UB-122 had a displacement of 512 t while surfaced and 643 t when submerged. Her engines enabled her to travel at 13.9 knots when surfaced and 7.6 knots when submerged.

UB-122 made two patrols during WW1 but failed to sink any targets.

UB-122 was surrendered to the British on 24 November 1918 in accordance with the requirements of the Armistice with Germany. More than a 100 submarines were surrendered at the end of the war and were taken to Harwich. Some were sent to the French Navy but most were cut up for scrap metal.

Records show that the diesel engines were cut out of UB-122 and reused in a cement works at Halling in Kent. It is not known how the submarine ended up on the mudflats of the Medway but is assumed to have been there since 1921. It’s likely that it was being taken up the Medway estuary to be broken up for scrap and perhaps in a storm it parted from its tow and drifted to it’s current location.

In a storm in 2013, the wreck became much more visible than it had been.

The return of the ageing, holed and patched HMS Boaty McBoatface - probably the most unsuitable vessel possible to be used in the strong currents of the Medway estuary. From the slipway at the village of Upper Stoke, I had about a kilometre to paddle. 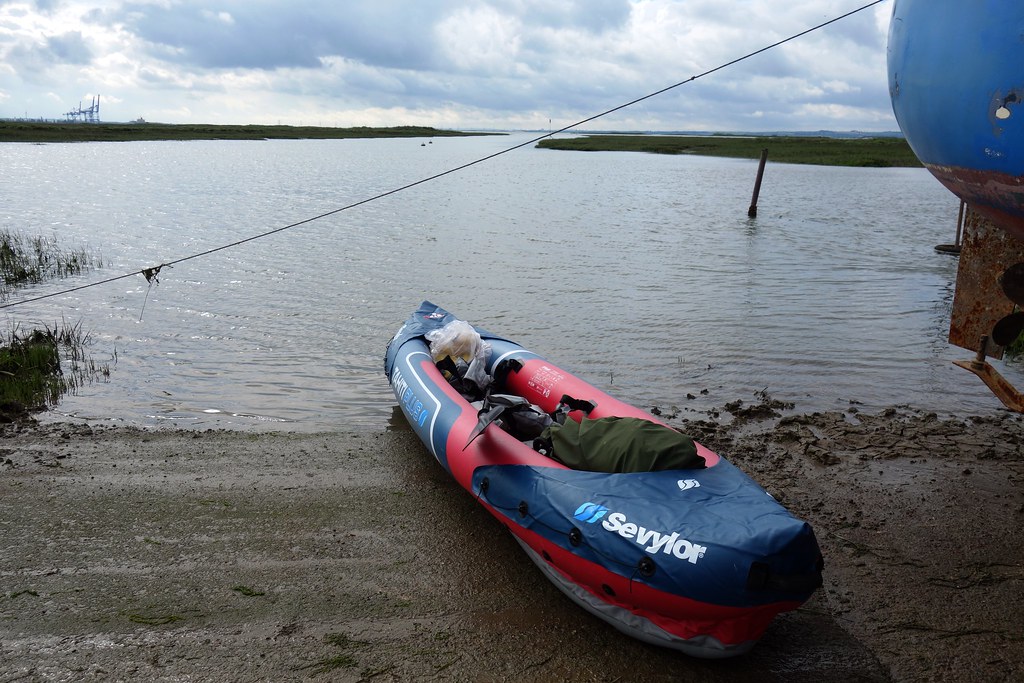 Little is seen of the wreck at high tide 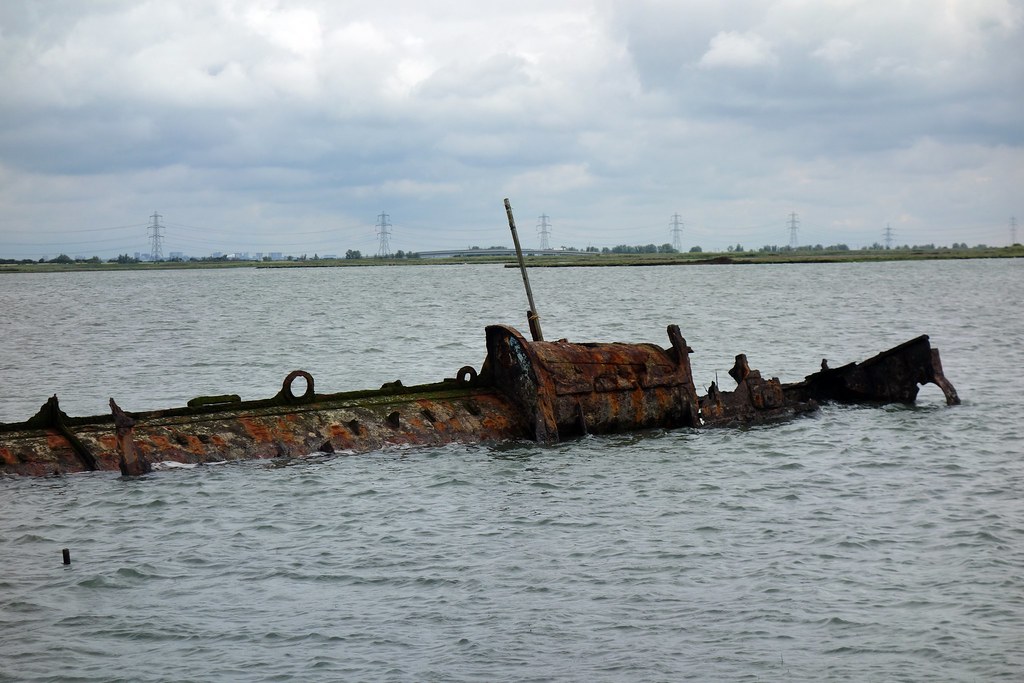 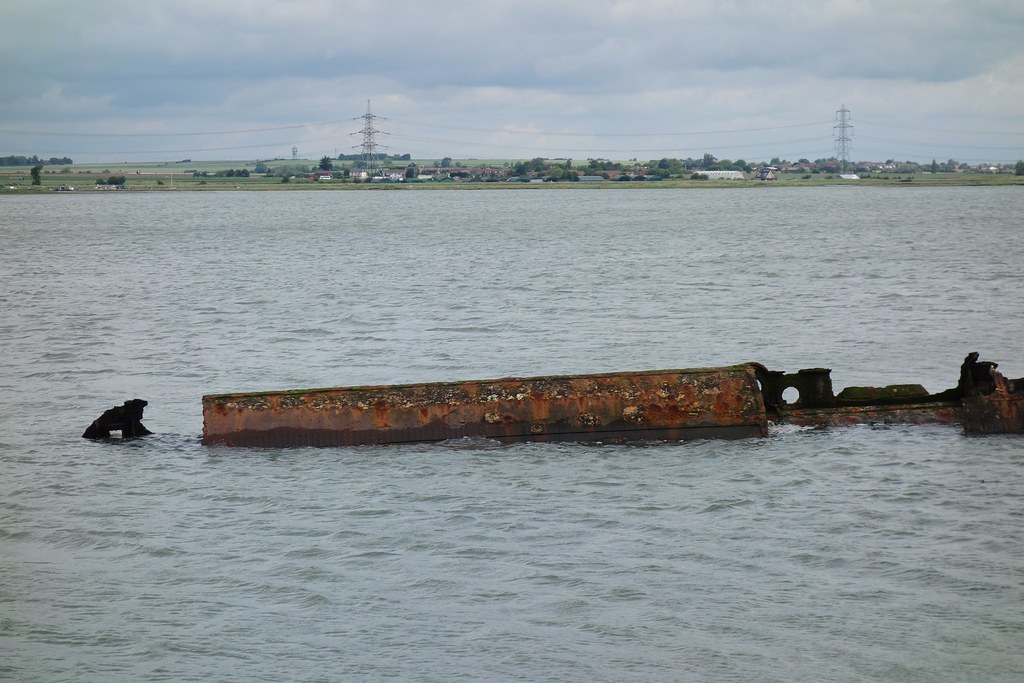 I made landfall on that tiny bit of high ground and feeling marooned began the long wait for low tide. Fortunately inflatable canoes are very comfortable to sleep in 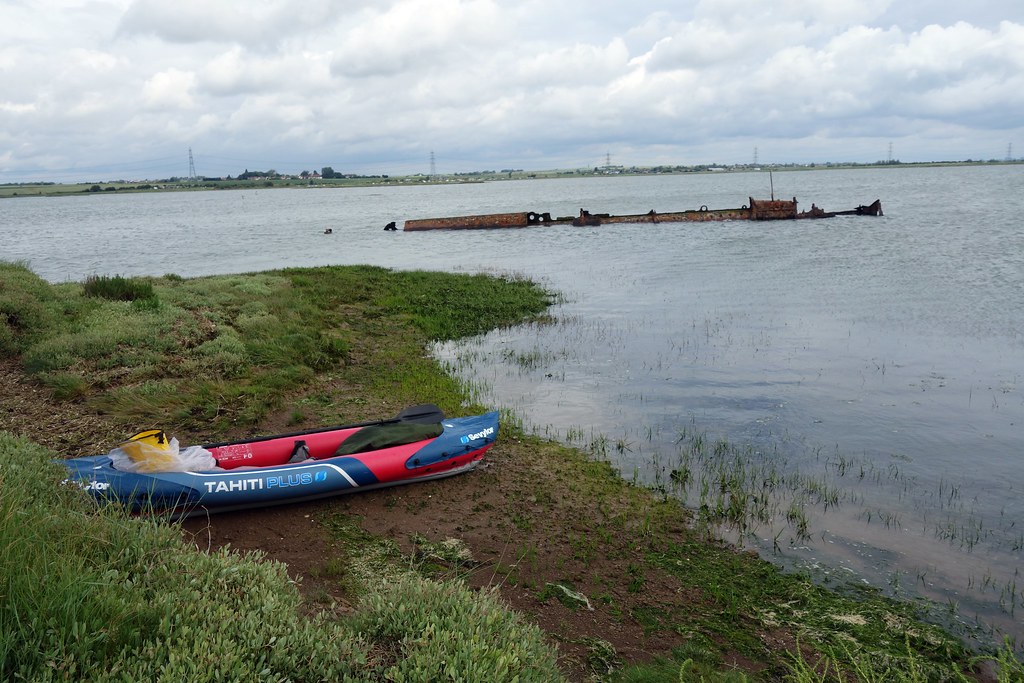 Many hours later and the wreck is exposed. Starting at the stern. I assume the wooden remains in the foreground is what is left of some sort of barge used to carry the submarine 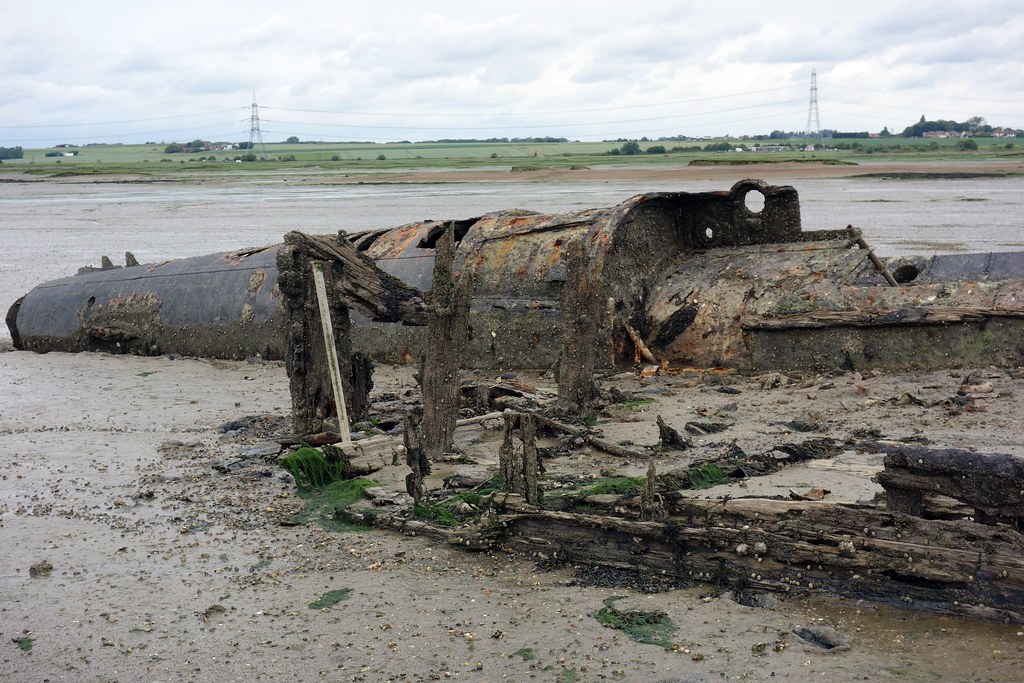 Making my way towards the bow. Ballast tanks are clearly visible 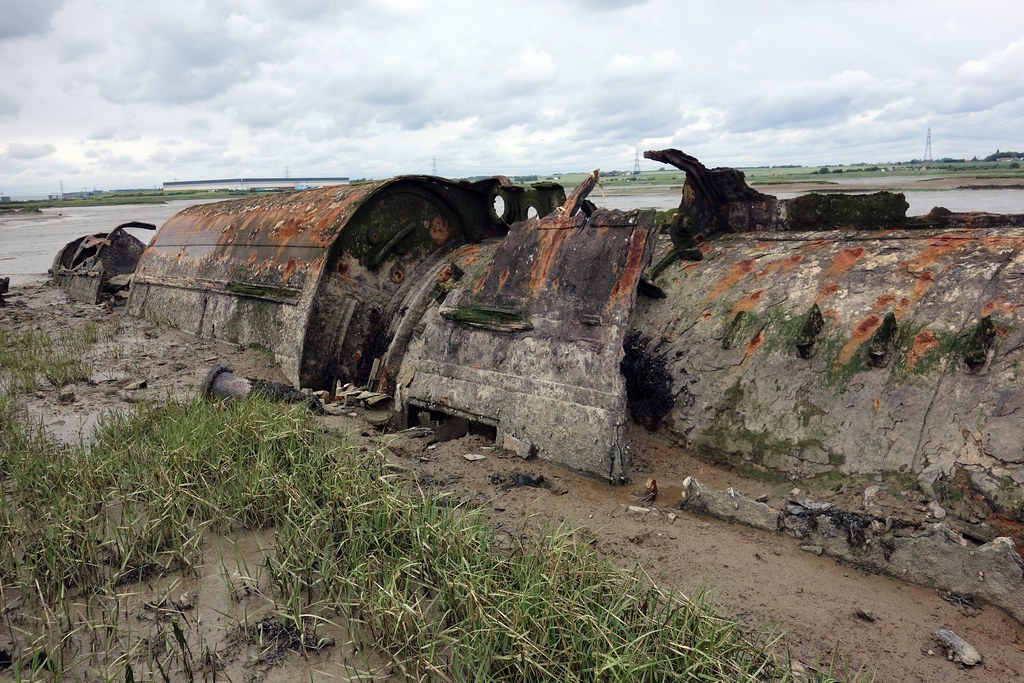 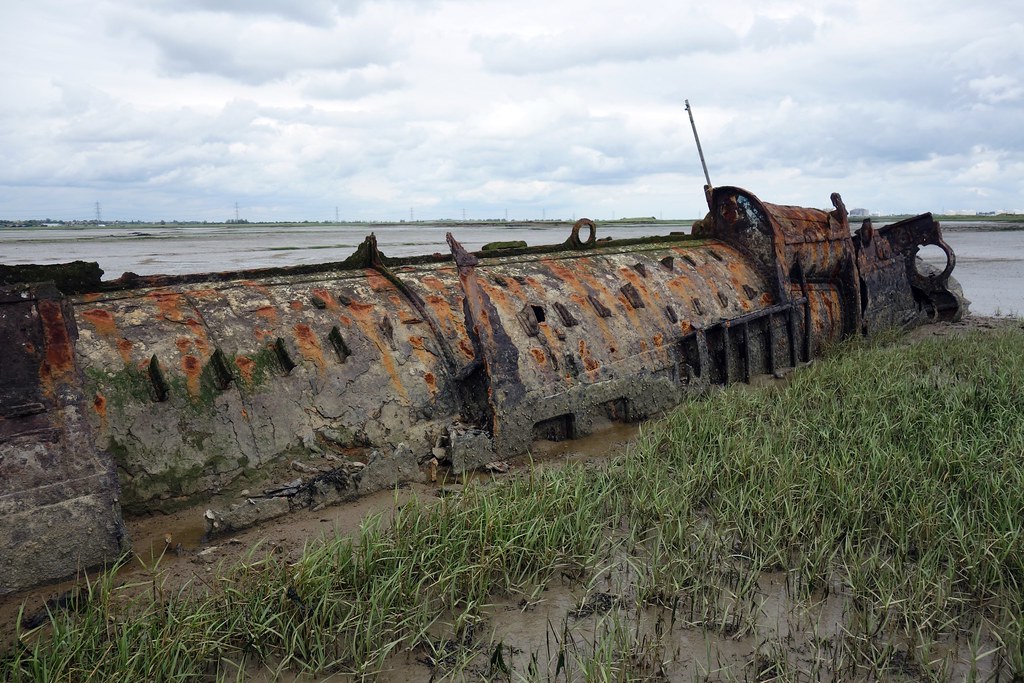 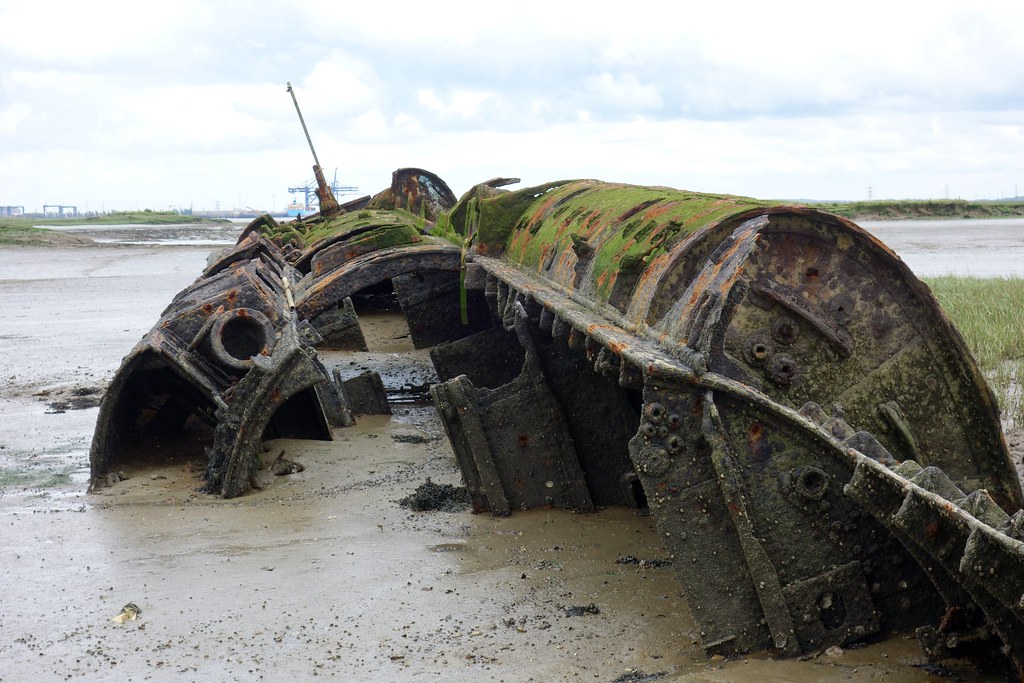 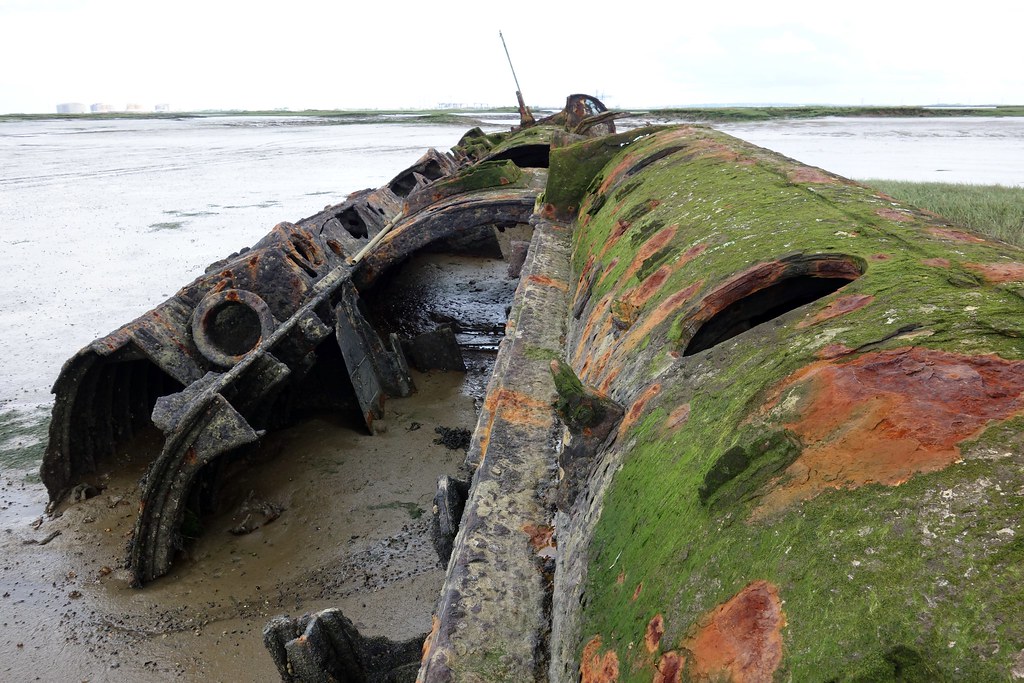 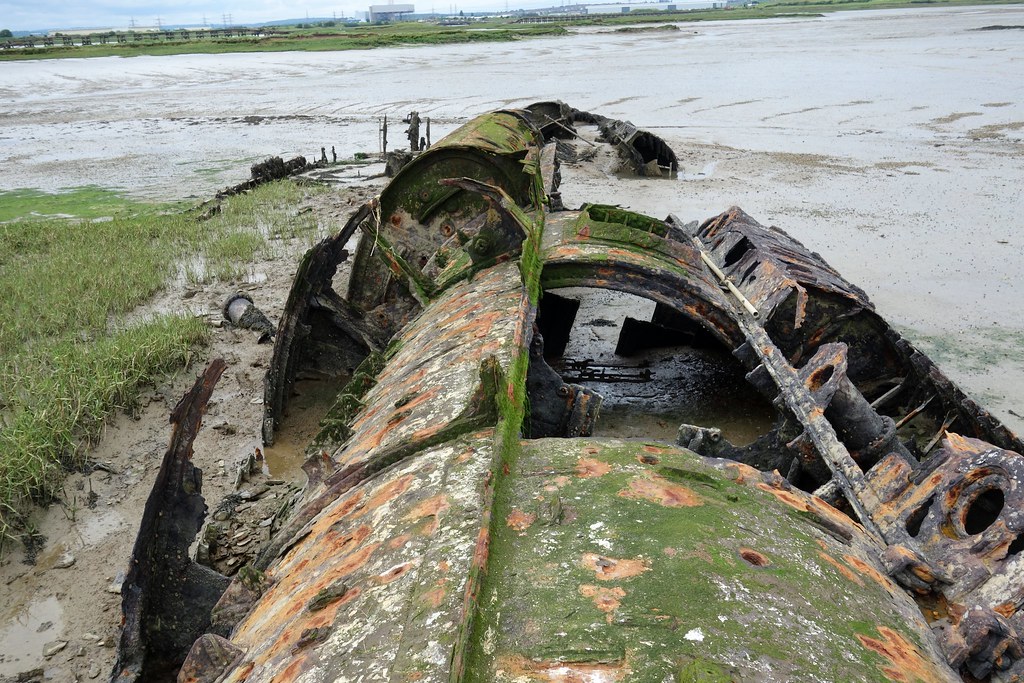 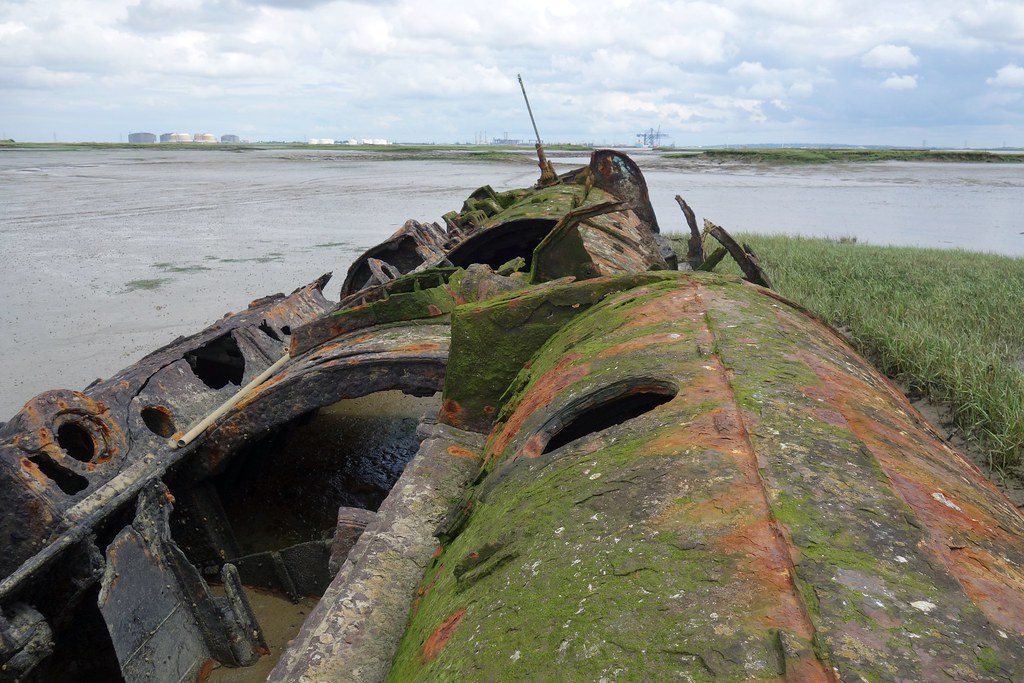 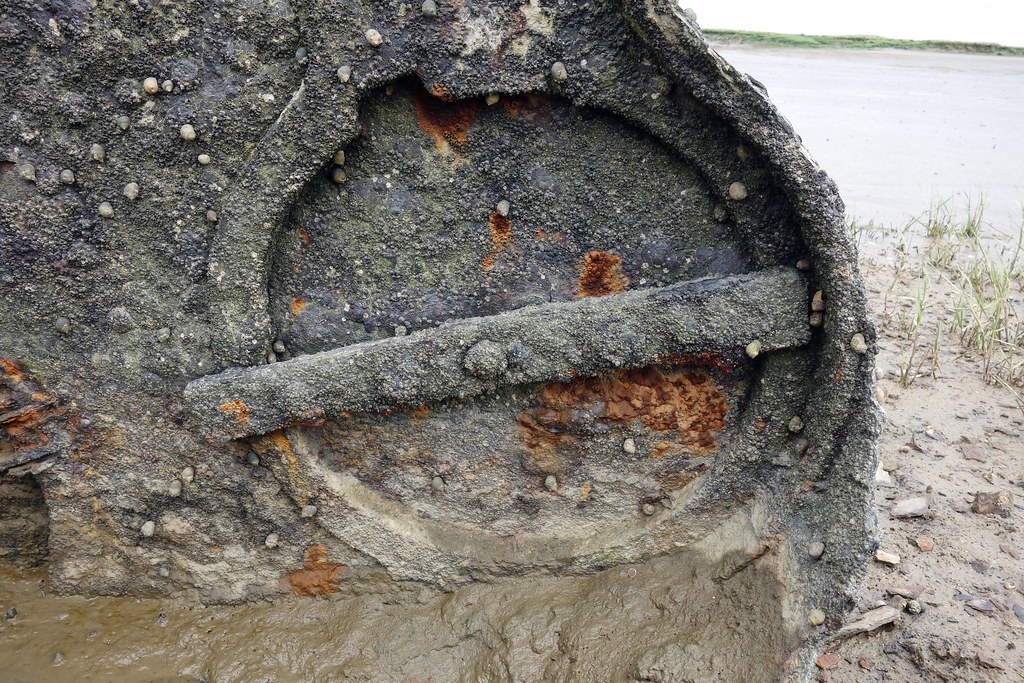 And the bow itself 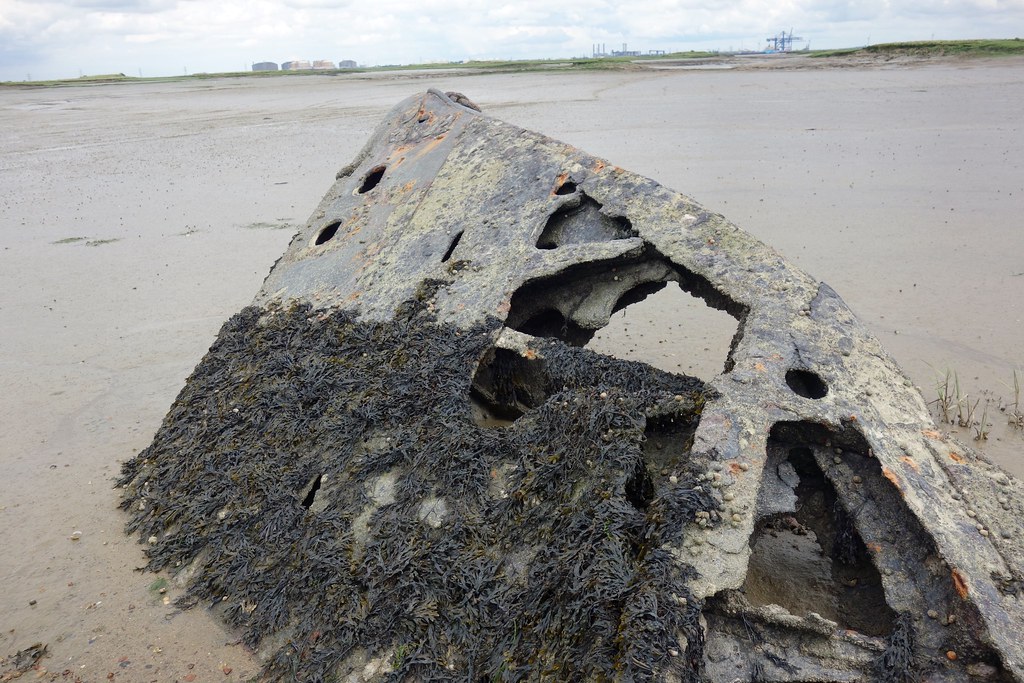 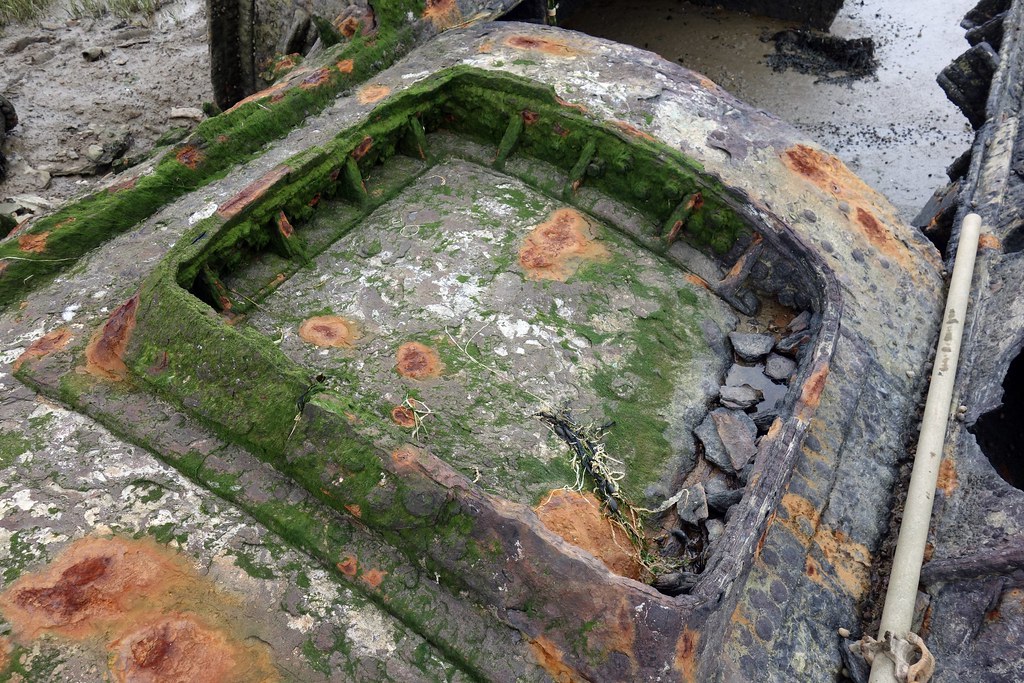 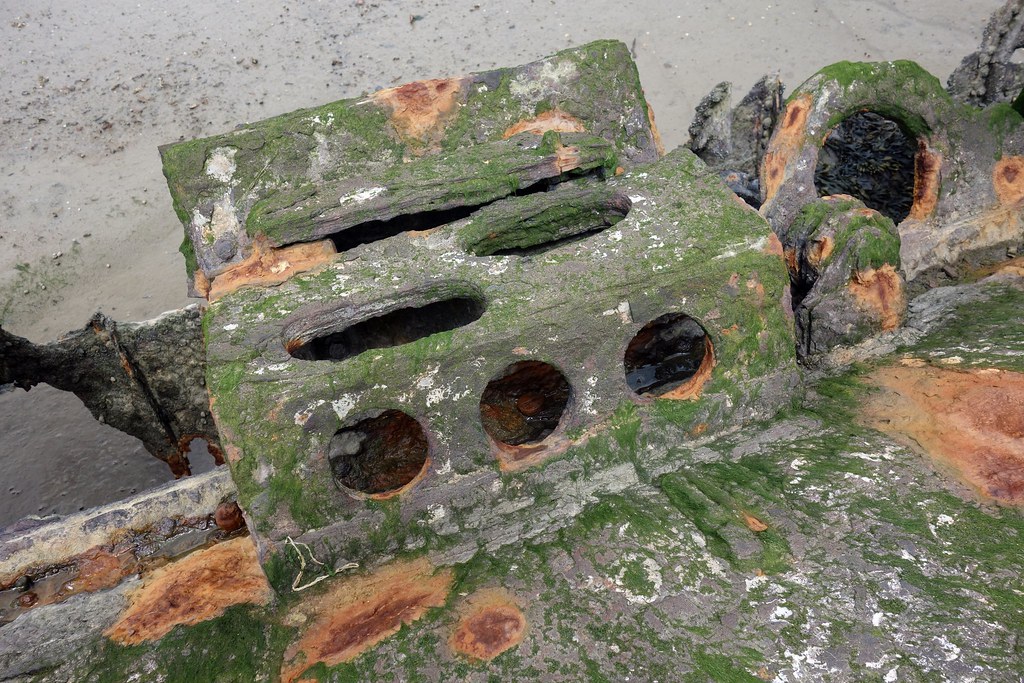 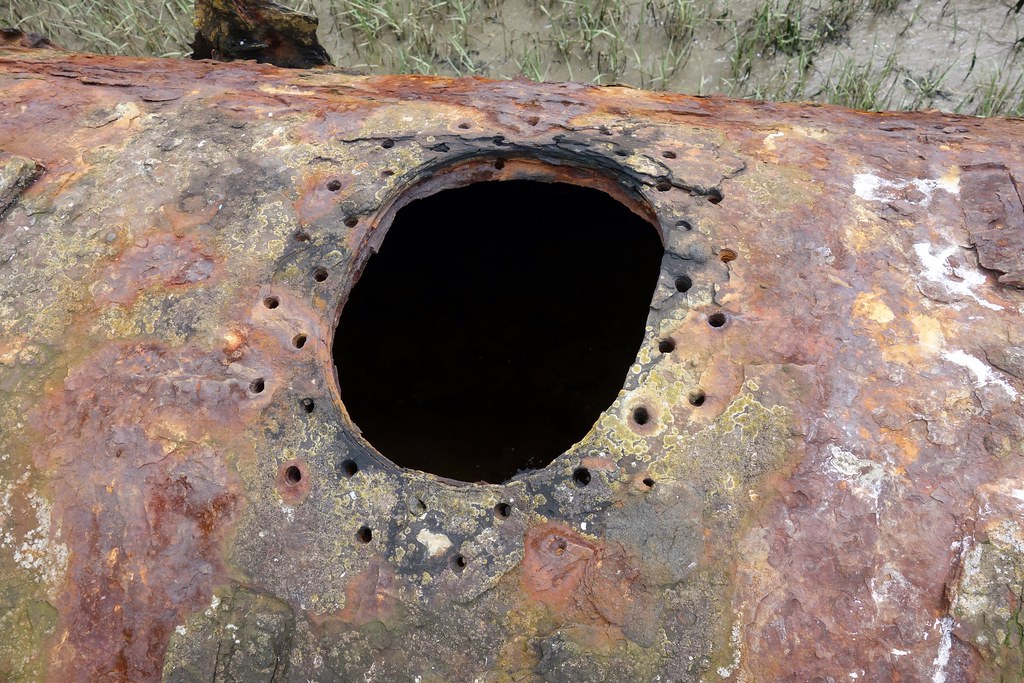 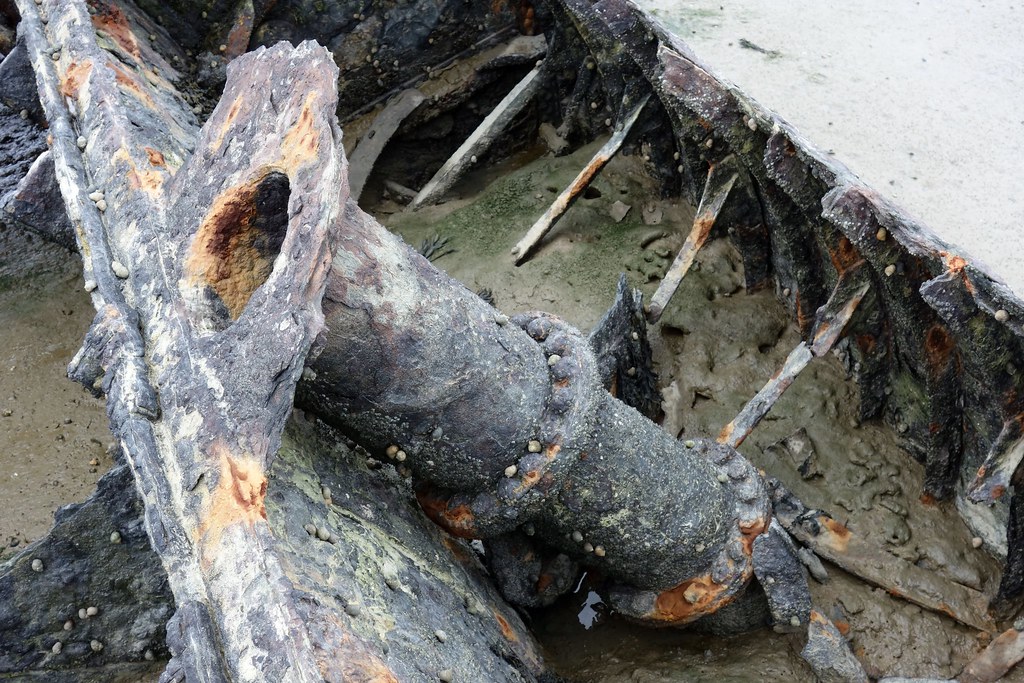 A couple of shots taken inside the wreckage 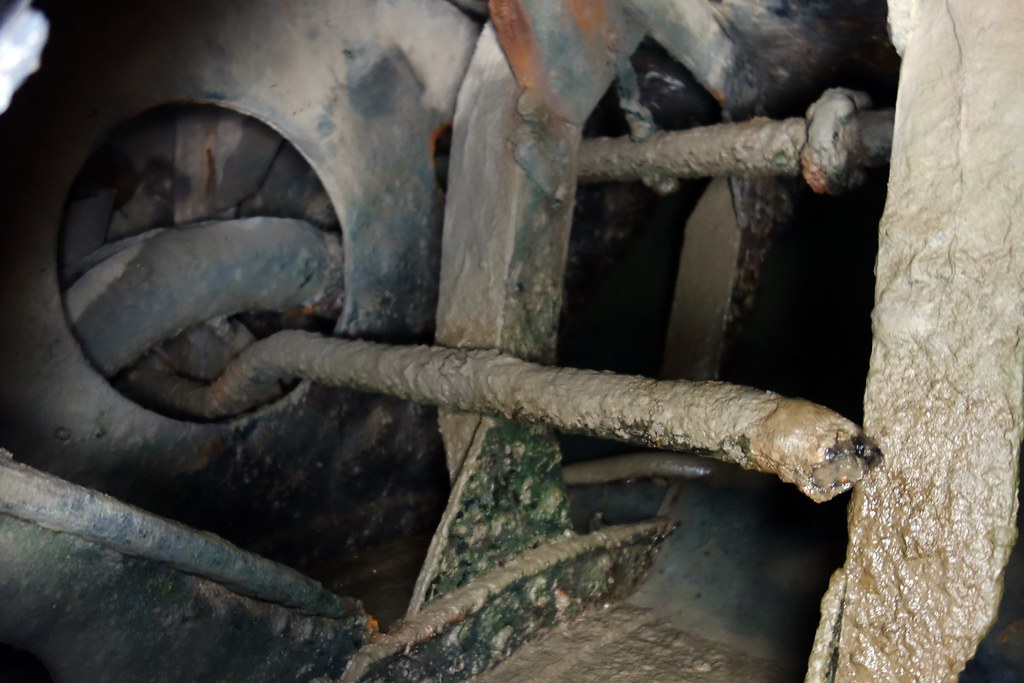 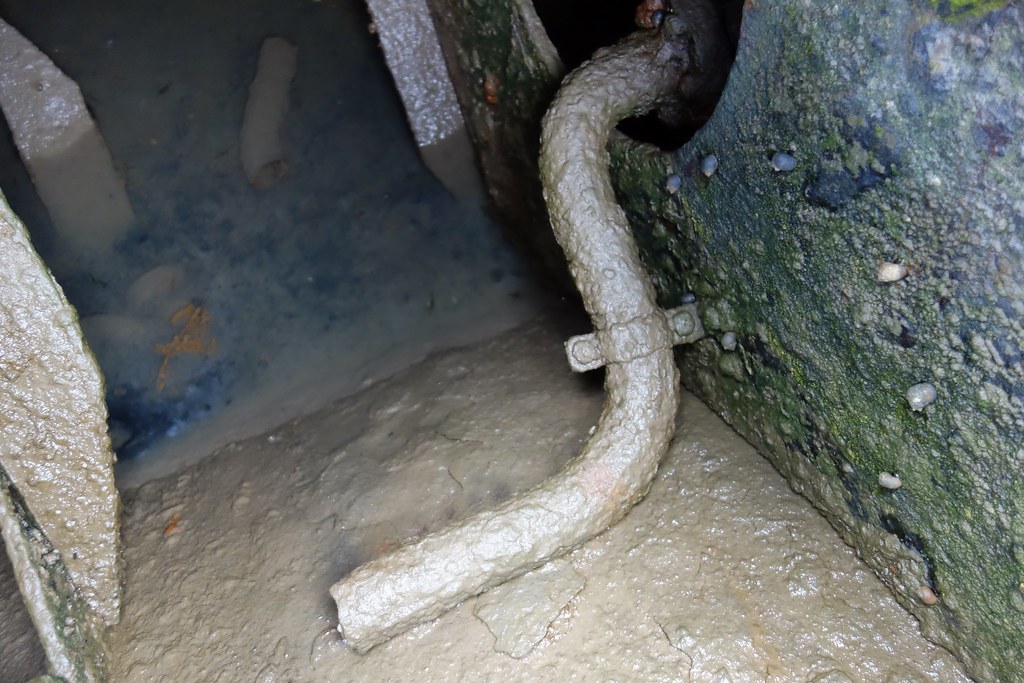 All that remained now was to head back to the canoe and await high waters again, only about 6 hours. Fortunately I did pack a book on the canoe.


Thanks for reading
Mr Bertie Bollockbrains
An idiot

28DL Full Member
Awesome stuff Bert, smaller than I expected. We sailed past this a few years ago but couldn't get to it due to high tide!

28DL Full Member
Fair play...I like that makes a change from the usual...nice
quote"pictures by the group, called 28dayslater" ......cool.

28DL Full Member
Fantastic effort, all credit to you chap!

28DL Full Member
Great photo's,do you know that at pendenis sands there are the remains of 2 ww1 u boats visible at low water

Regular User
Thanks for the info... I did not know that. Every source I used for this report suggested that UB-122 was the only visible WW1 German Submarine Wreck in UK waters. Maybe they meant complete wreck?

On further research (and the online info is patchy, confusing and contradicts) it seems that between six and nine U-Boats were sent to Falmouth, Cornwall, during the winter of 1920/21 for explosives trails. After the trails were completed, the submarines were deliberately beached. One submarine was said to have been scrapped in 1938.

The remains of six submarines lie in the water: UB-112, UB-86, UB-97, UB-128, UB-106, UC-92. One of these is on Castle Beach (UC-92) and the remainder are on the west side of Pendennis Headland. They are visted as shallow dive sites, but at least two can be seen at the lowest of tides. Very little remains and nowhere near as complete as UB-122 in this report. 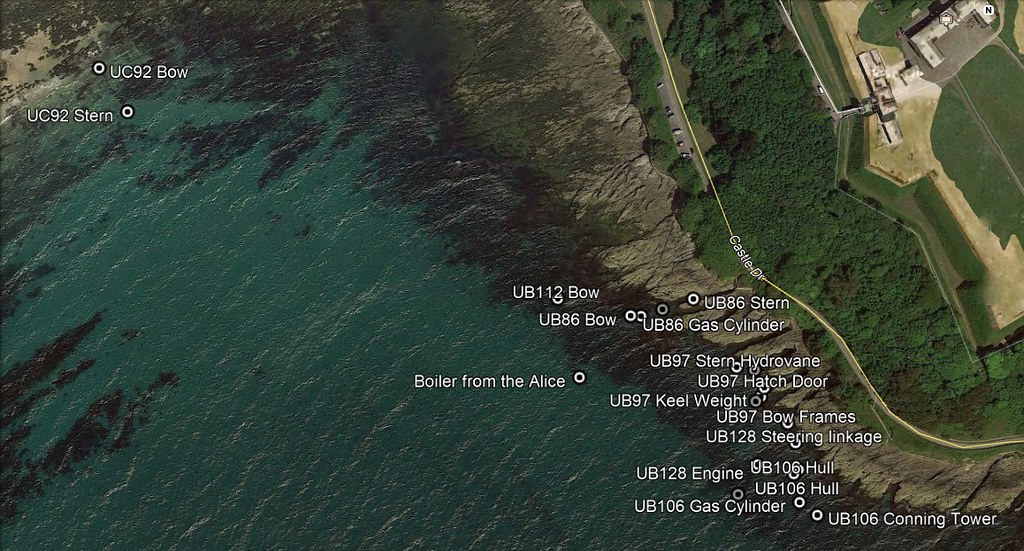 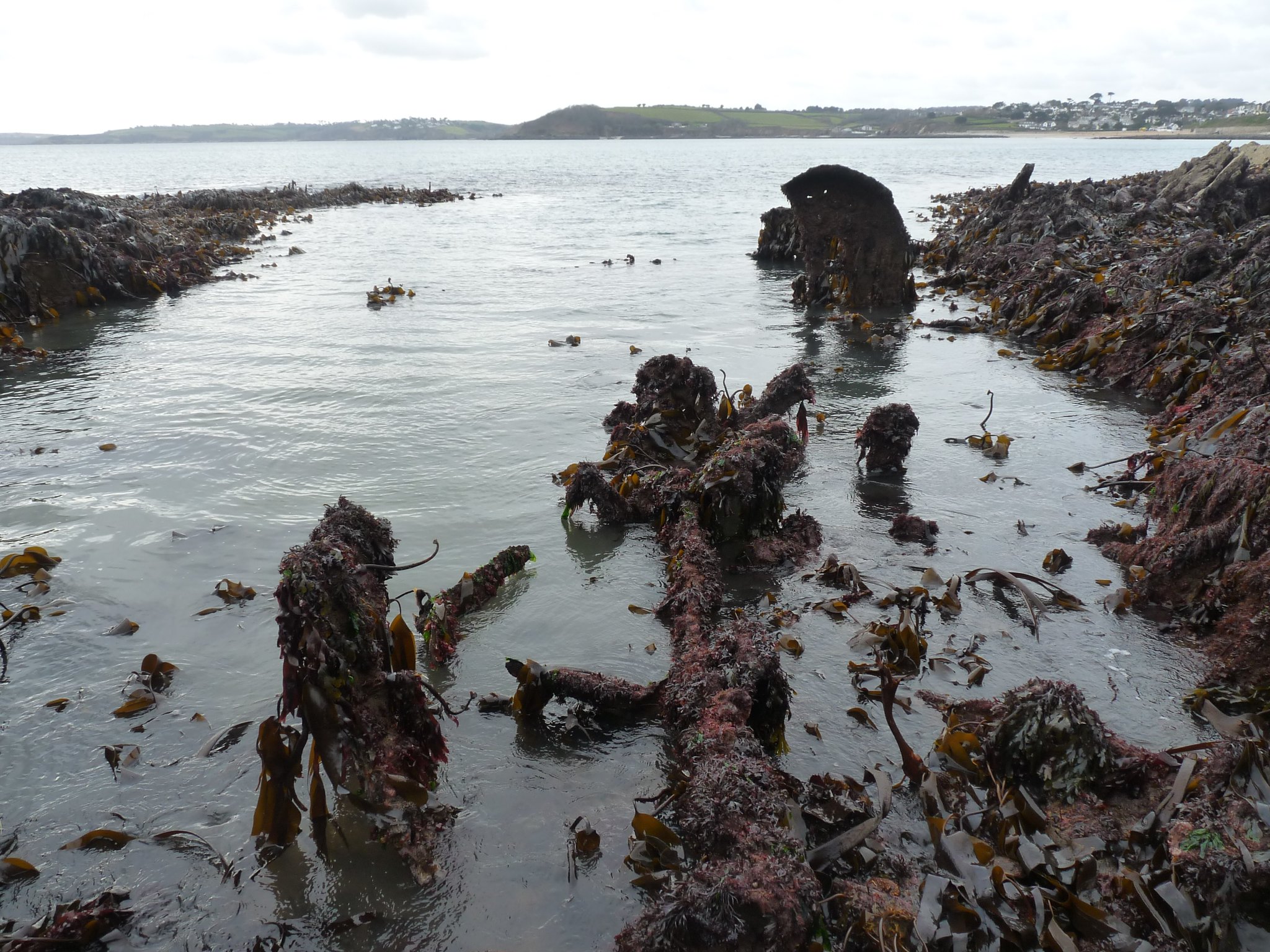 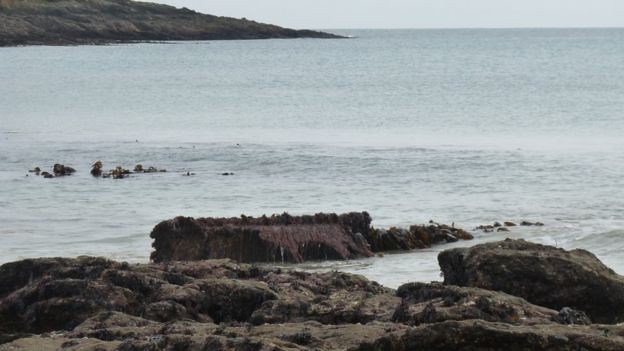 28DL Full Member
Reminds of a story about allied prisoners of war who were listening to a bit of beethoven on the phonograph.
A German officer who had been in the doorway listening, said " now there's a good German."
The reply came, in an Australian drawl "yeah, he's dead."
Just like the uboat, eh?
You must log in or register to reply here.
Share:
Facebook Twitter Reddit Pinterest Tumblr WhatsApp Email Link