Regular User
1. The History
Wharncliffe Side substation is located between the former stations of Deepcar and Oughty Bridge (sic) on the former “Woodhead” route between Manchester and Sheffield. The line originally opened in 1845. After a number of ownership changes, it came under the ownership of the Great Central Railway (GCR) in 1897, before ownership passed to the London and North Eastern Railway (LNER) in 1923 and finally, British Rail (BR) on nationalisation in 1948. The line opened to electrified traffic on 20th September 1954. The electrification process started prior to World War Two due to the difficulties of operating heavy steam-hauled coal trains on the Penistone–Wath section. The Wharncliffe Side 30kV sub-station was one of 3 installations constructed to provide the 1500-Volts DC, providing electrical power to the Penistone to Sheffield section of the Over-Head Line (OHL). This powered the Reddish-based, Gorton-built Class 76 (freight) and 77 (mainly passenger) electric locos that worked the line.

The substation was un-manned and controlled from Electric Control Centre at Penistone Station. It was one of four locations that contained banks of resistors rated at 1500 Volts DC/600A as part of the regenerative braking system, which automatically transferred power from descending to ascending trains in the same section. The Woodhead line was controversially closed to passenger traffic on the 5th January 1970, going against the recommendations of the infamous Beeching Report, which had targeted the Hope Valley line for closure to passenger services. The Class 77 locos were hence surplus to requirements and subsequently sold to the Netherlands while the Class 76 locos were retained.

By the early 1980's, a combination of alternative freight routes, an absence of passenger traffic and a downturn in coal traffic across the Pennines, along with the need to either upgrade or replace the non-standard electrical supply systems and Class 76 locomotives, lead to the line's closure east of Hadfield. The last train operated on 18th July 1981 and the line subsequently moth-balled until the track was lifted circa 1985.

The substation now sits at the side of what is now a single-track line up to the TATA steel works at Stocksbridge. It quickly fell into a state of dereliction and has subsequently been targeted by vandals, graffiti artists and ravers, although the stands for the transformers and switchgear remain. Nearby residents have frequently complained of loud music coming from the section of the woods as the substation has seen a number of rave parties being held here over recent years.

There were proposals to restore the route from Deepcar to Sheffield as a double-tracked heritage line called the Don Valley Railway, linking up with the Sheffield Supertram at Nunnery Junction, but with a mooted cost of £4.3m this never came to fruition. In March 2020, a bid was made to the Restoring Your Railway fund to with a view to conducting feasibility study into reinstating the line between Stocksbridge and Sheffield, but this bid was unsuccessful.

Map of the former Woodhead route:

2. The Explore
Pretty relaxed explore. Not the easiest place to locate, but once found the place is a walk in. Nothing much to add beyond the fact it is now a concrete shell. All the original fittings have long since been stripped out and the only other thing to note is the ever-changing array of graff that now adorns the former substation.

Sidings up towards Deepcar: 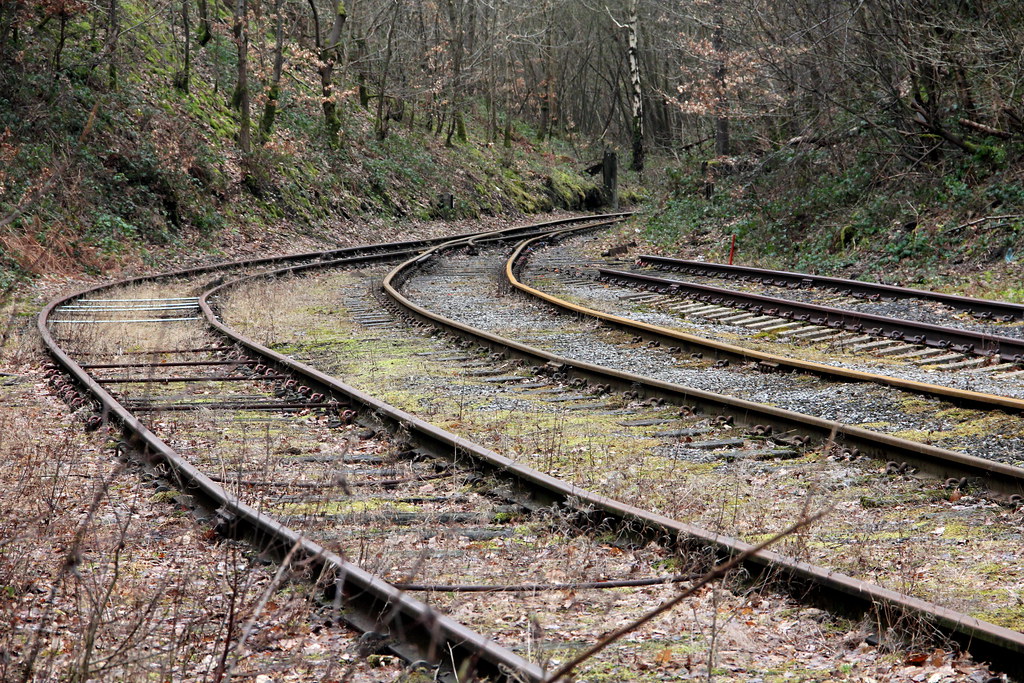 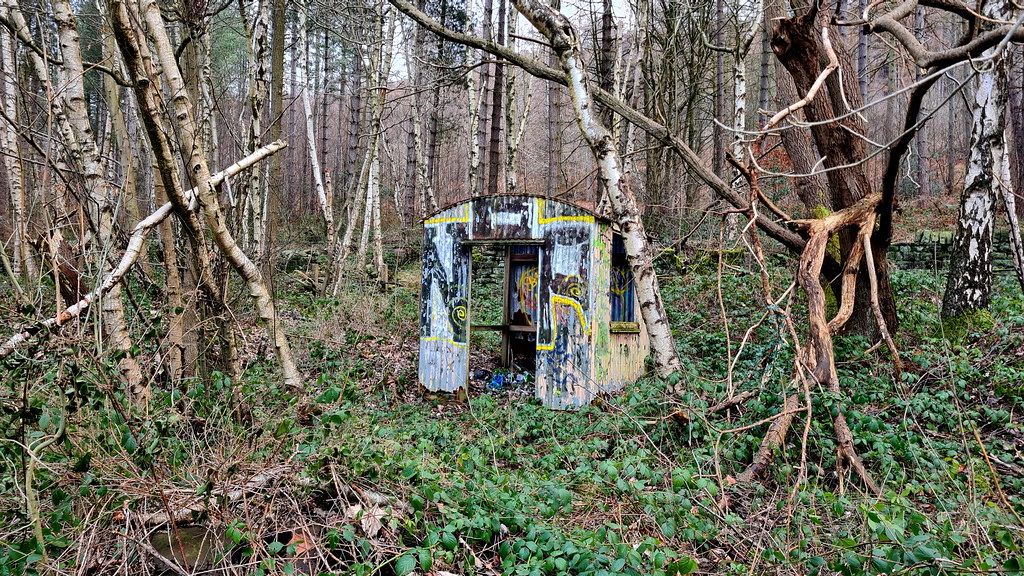 And on to the substation itself: 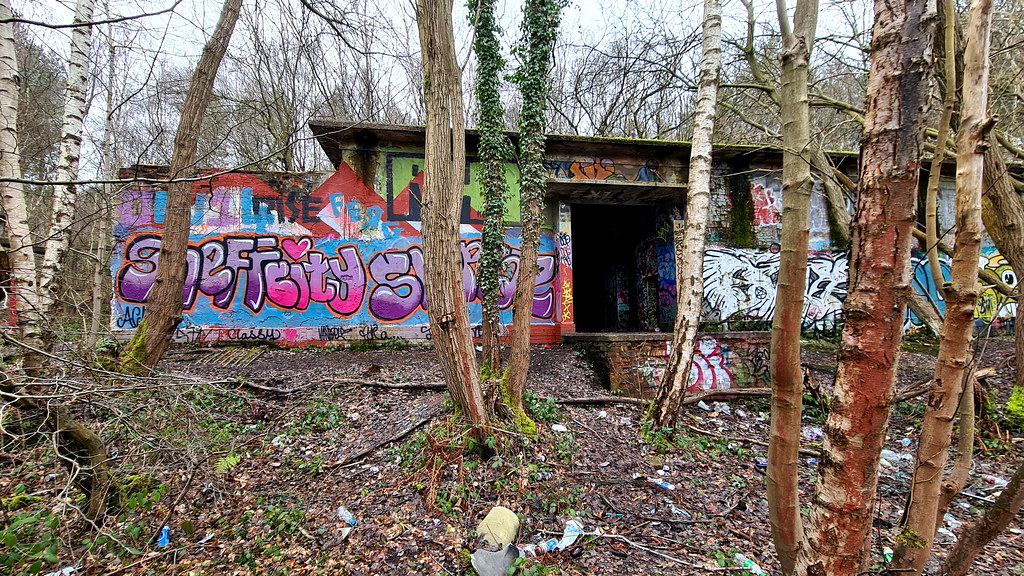 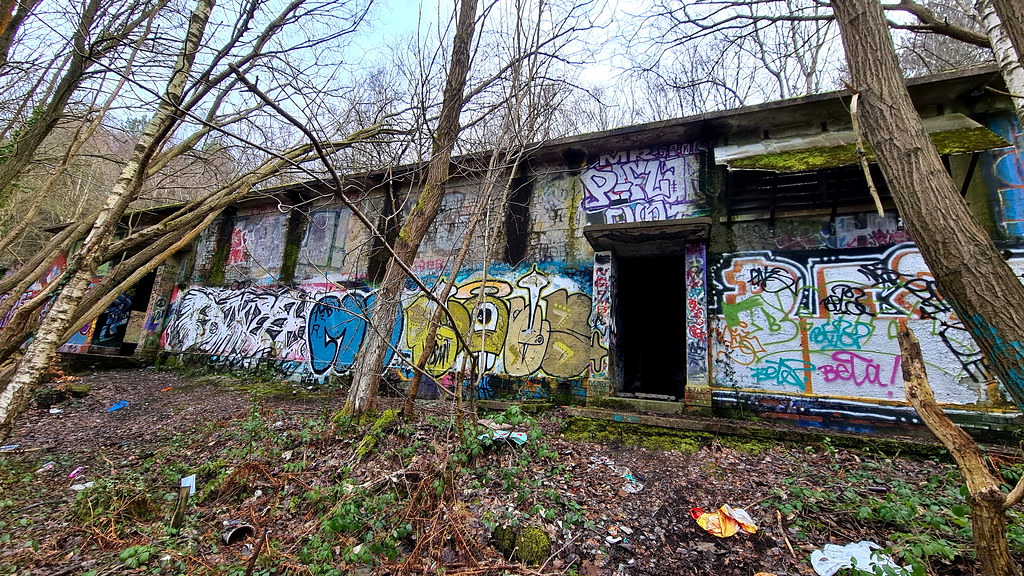 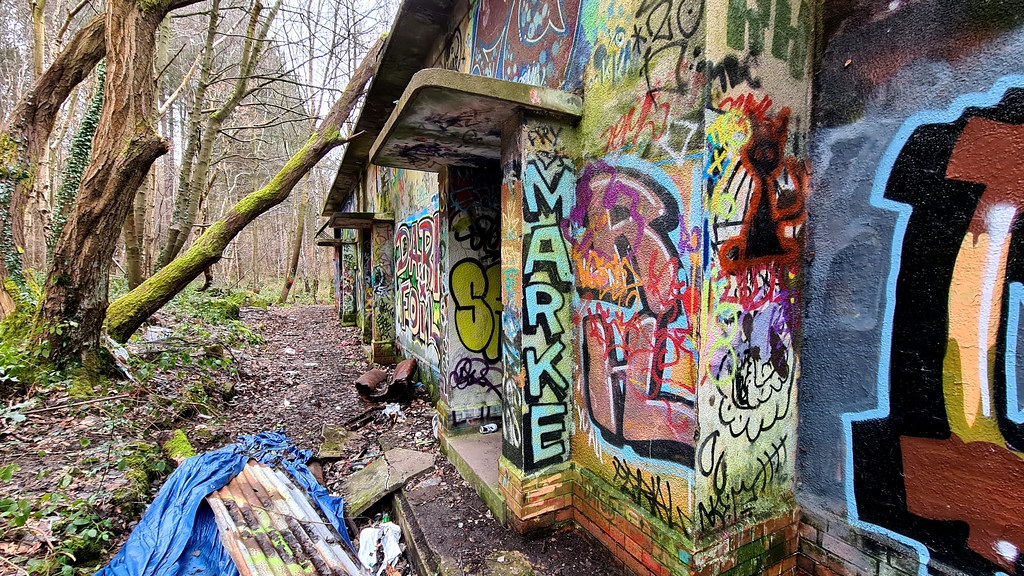 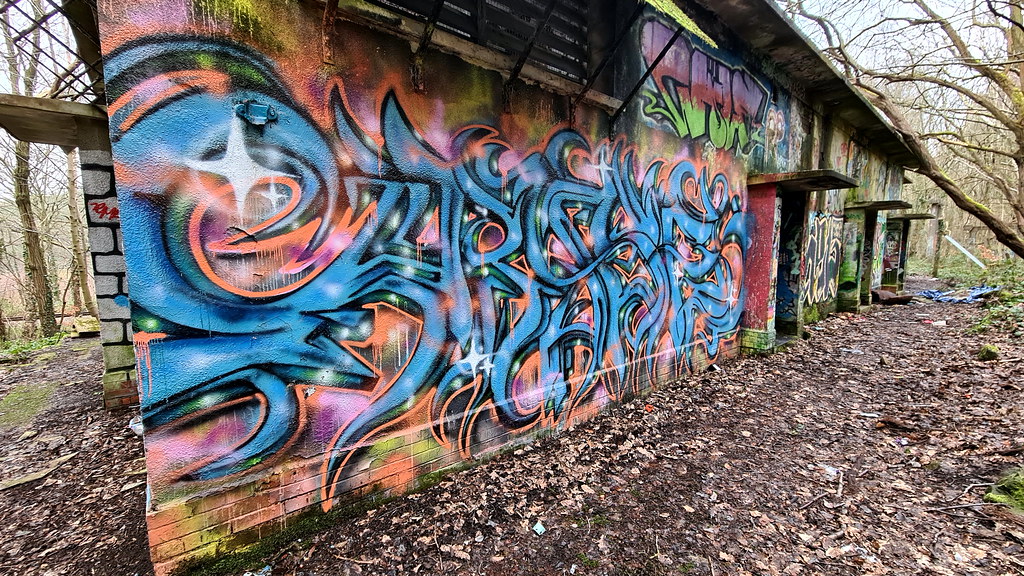 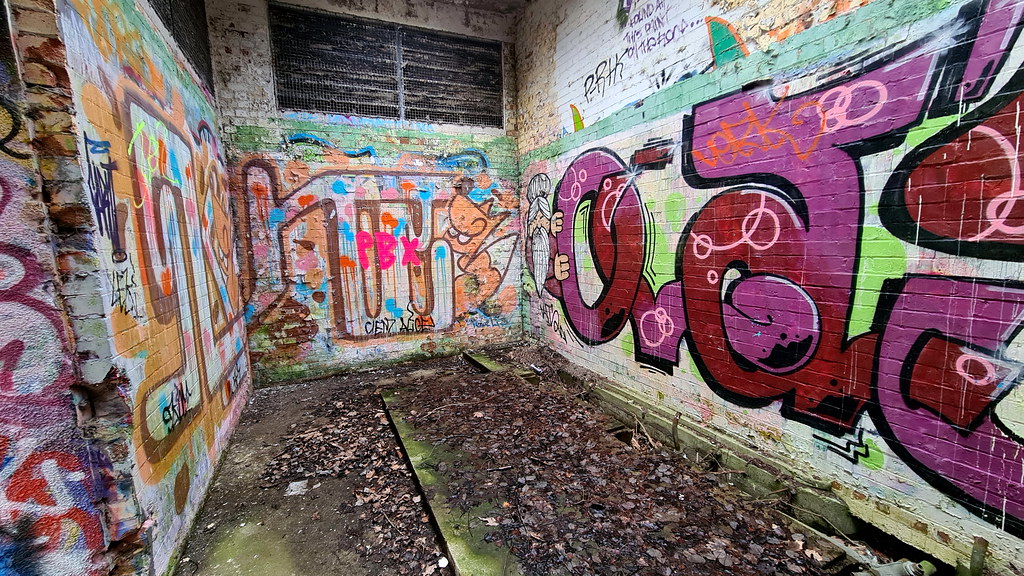 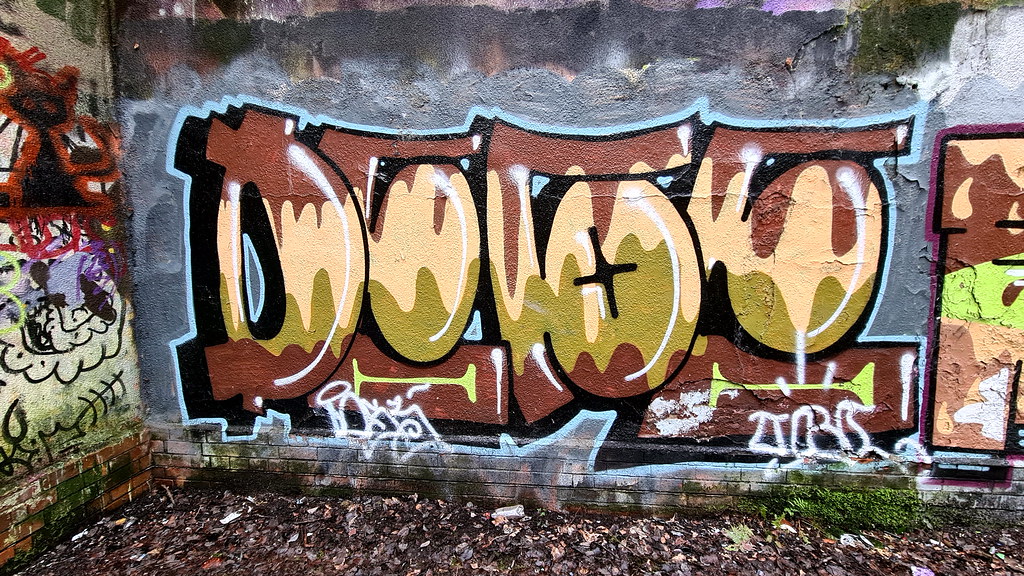 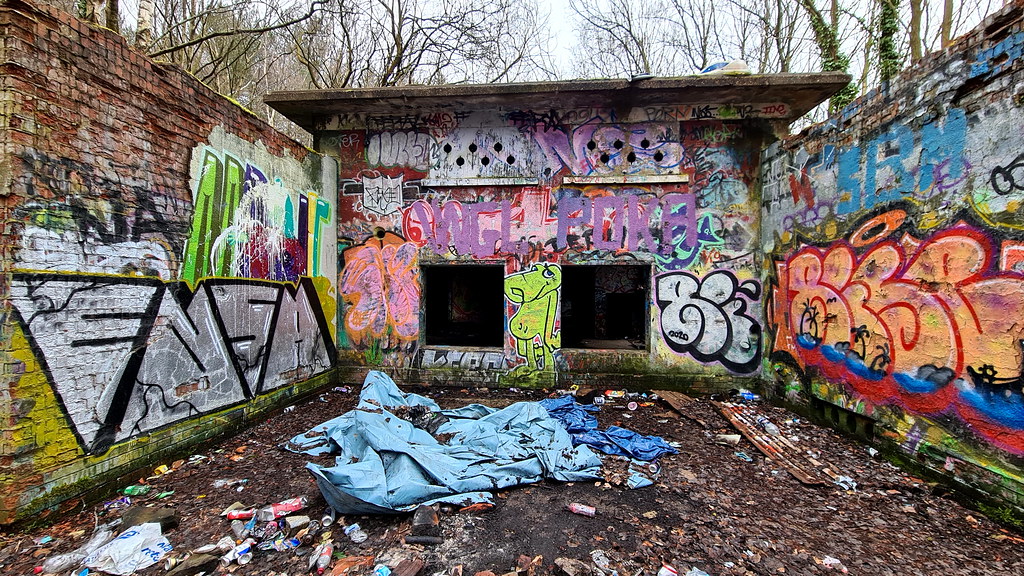 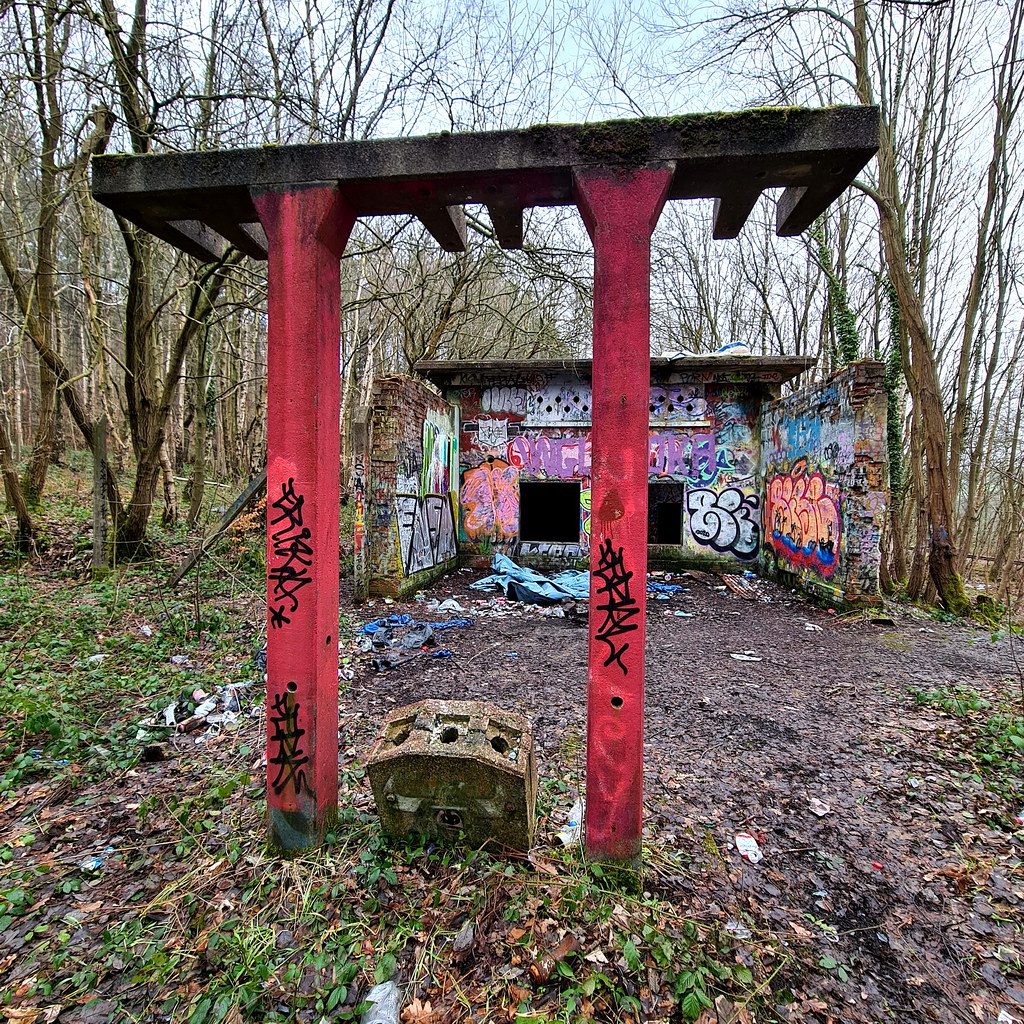 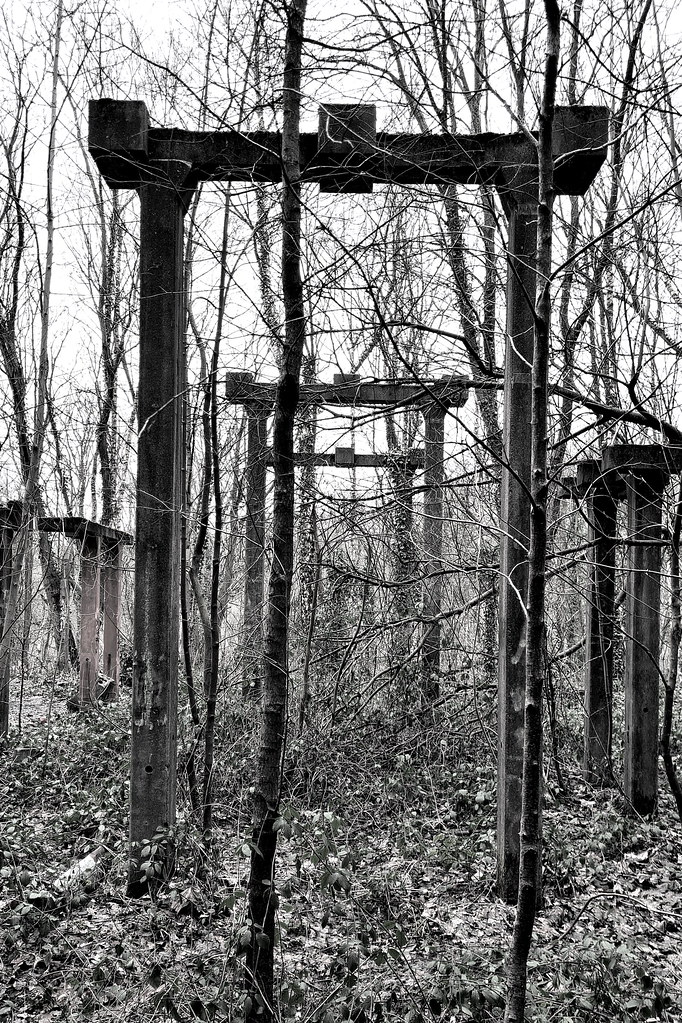 Inside it’s just a shell: 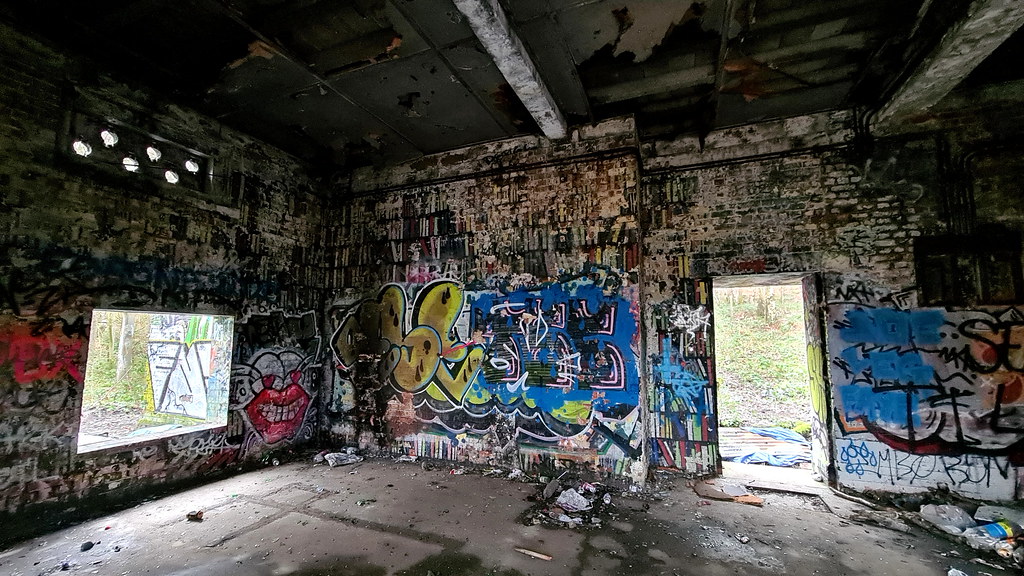 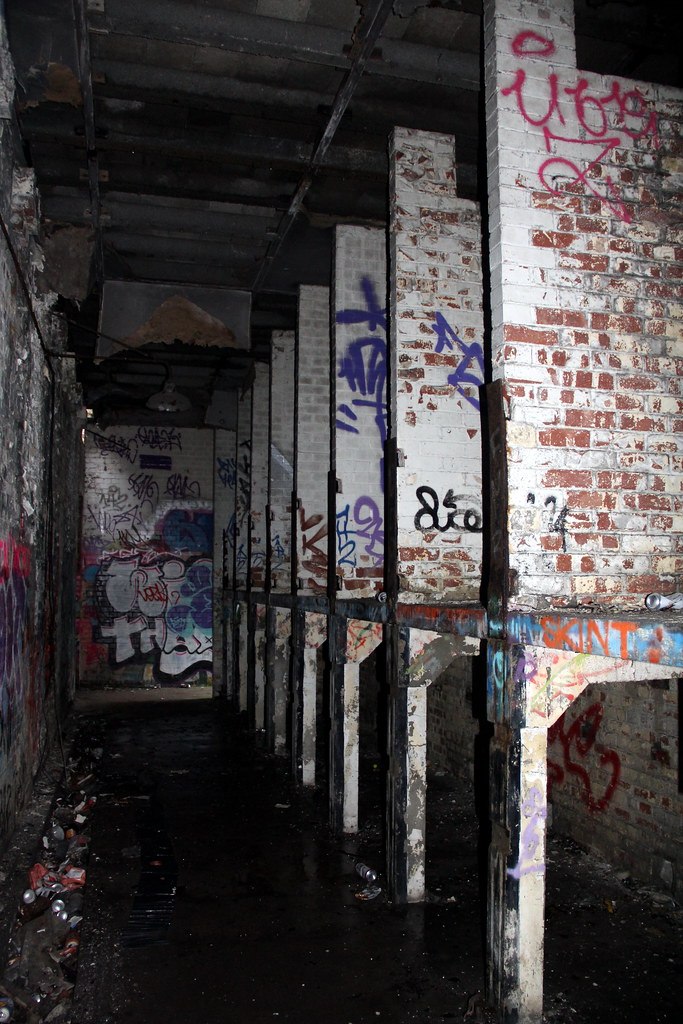 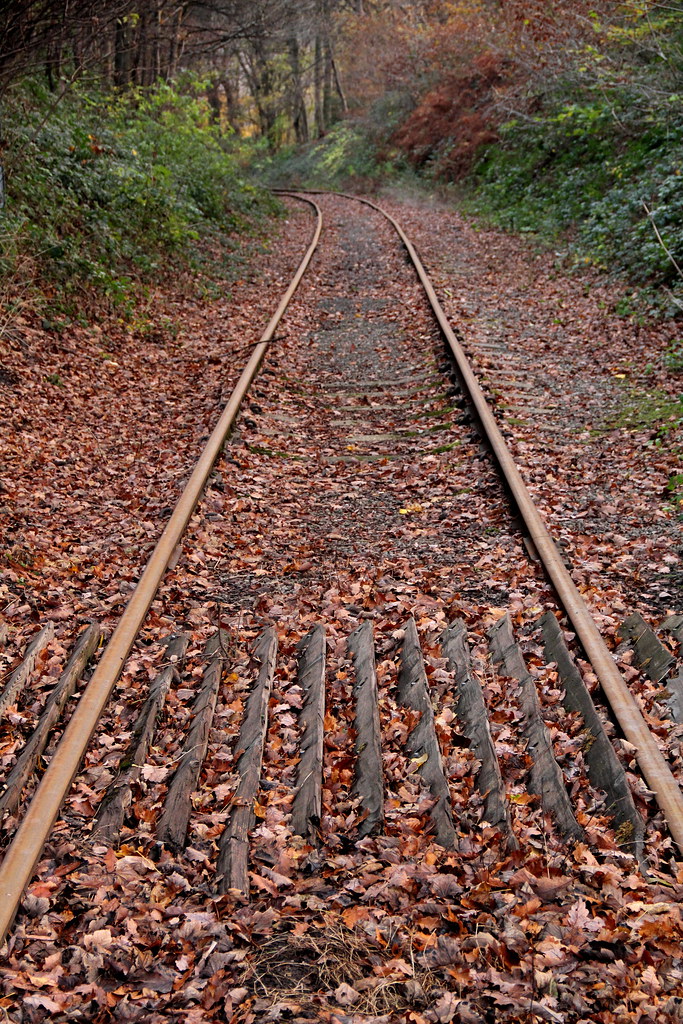 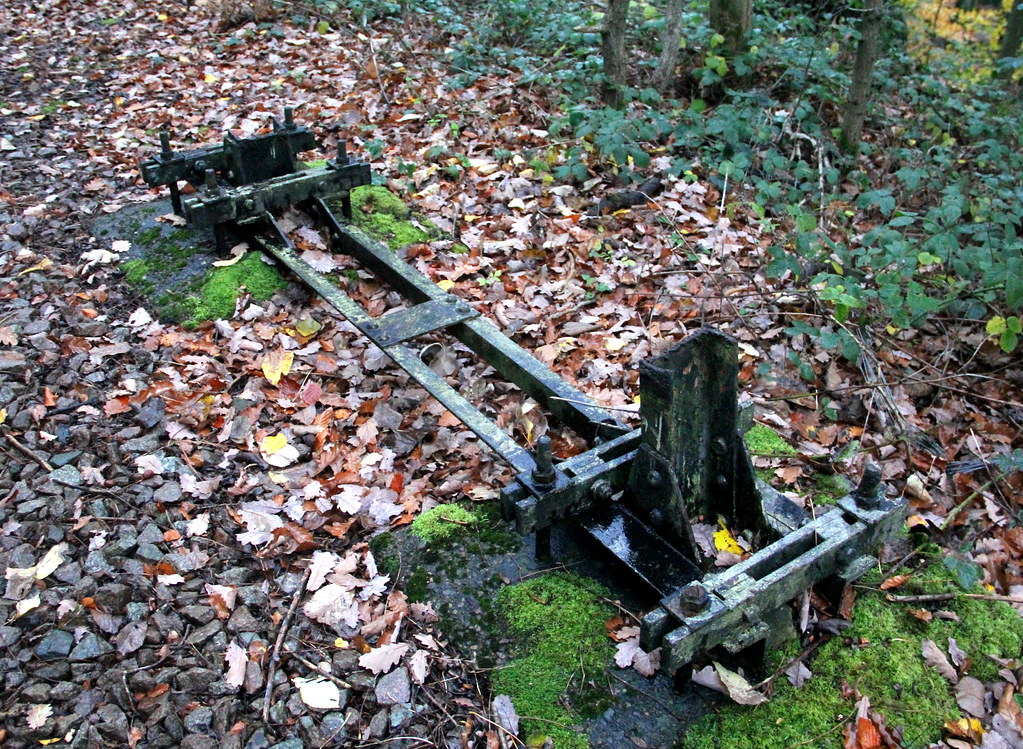 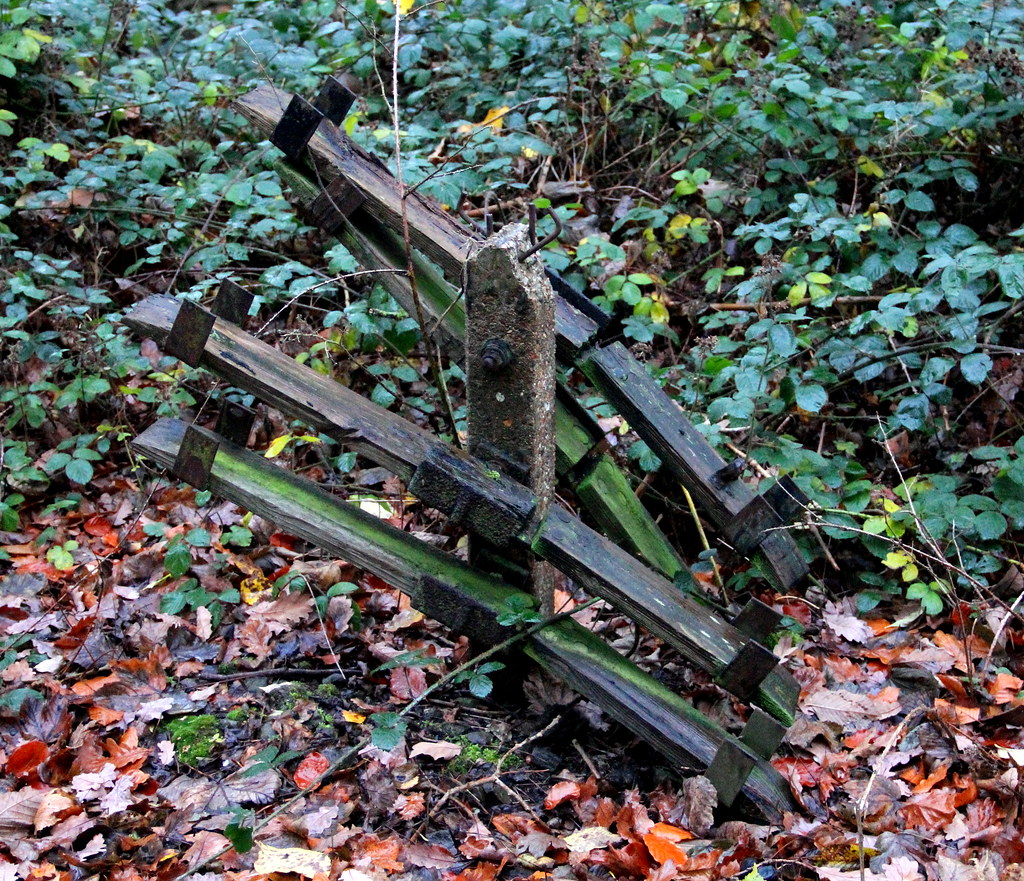 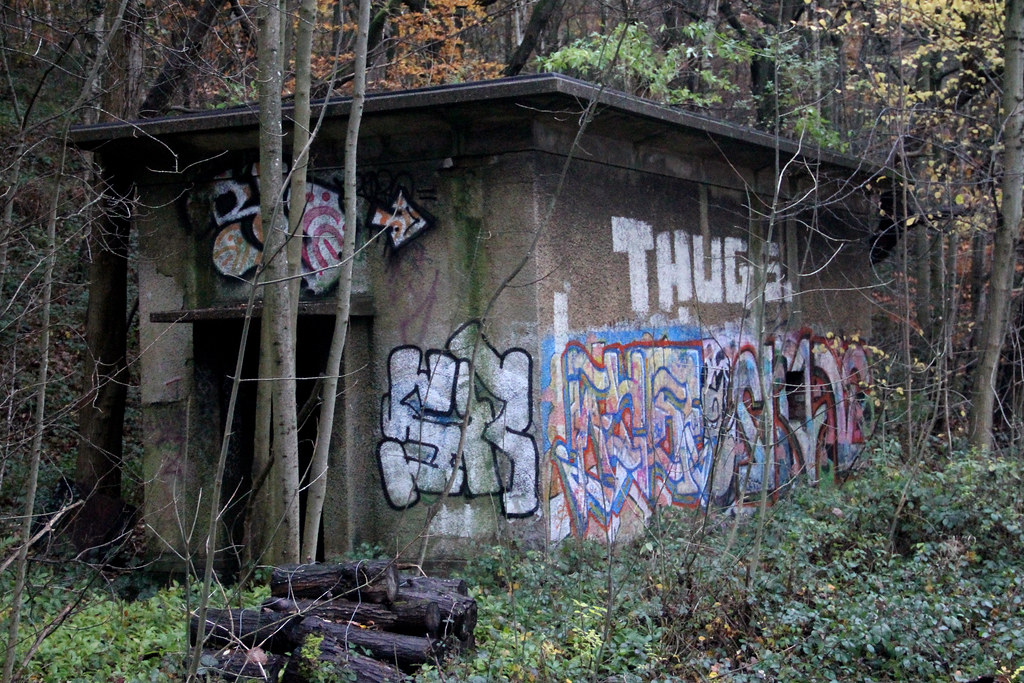 And finally, an old workman’s hut: 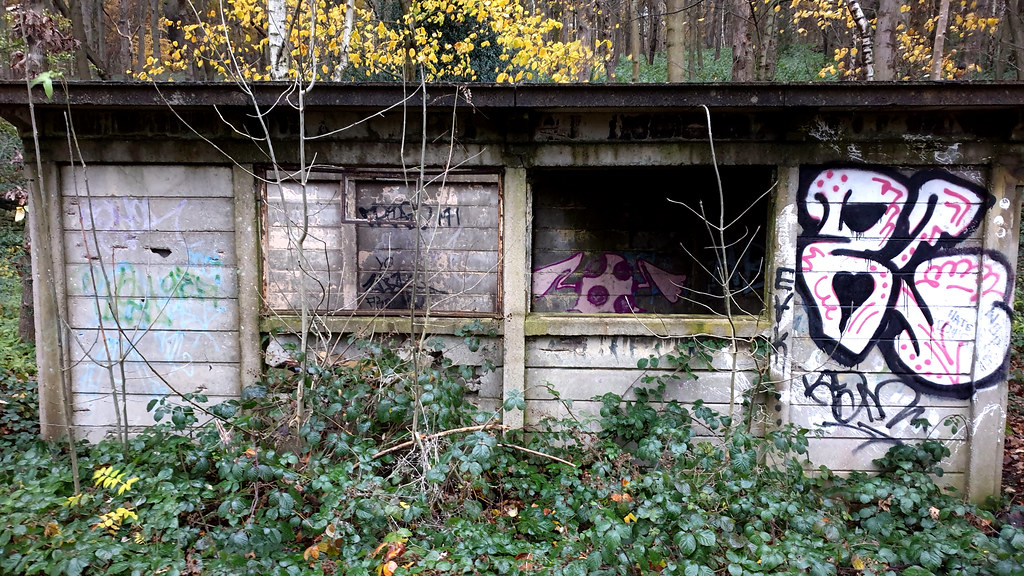 Regular User
Still looks worth a wander, your photos have come out lovely. Really colourful against all the woodland.

28DL Member
so happy i found this site and these pictures substation as my dad use love this place he did his own music and happy times he is also spread thie his ashes so please could people be respectable when their and party hard lool , so happy found these pictures thankyou and my dad is graham coley love u dad rip here at your favorite place ... hope they don't destroy this place to as its my dads resting place.