Regular User
Five years ago I reported on the isolation unit and the mortuary at the Mtarfa Royal Naval Hospital on the island of Malta. I was unable to achieve anything more at the time as the building itself was being used as a secondary school. Well the school is now gone due to safety reasons - the building being unsafe with loose masonry. So on this year's trip I was able to do a bit more... the underground bits. Still unable to get into the main former hospital building due to on-the-ball live-in security. Now turning into a project of mine that is spanning many years. Maybe c.2025 I will finally get in.

As for the underground tunnels. They were constructed by 173 Tunnelling Company Royal Engineers between May and November 1941. There is a reason why they are so extensive, the WW2 airfield of Ta Kali was nearby and no other place on the planet was bombed as much as this patch of land. For a full acount of the Siege of Malta 1940-1943 I recommend Fortress Malta by James Holland. 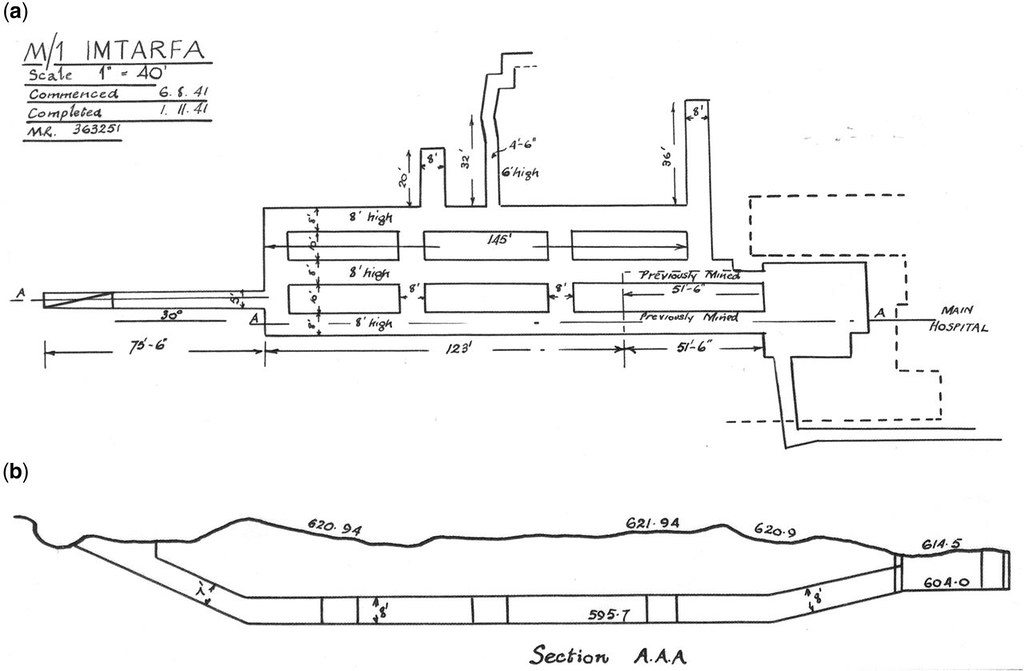 Mtarfa Barracks was commenced in 1891; it was completed in 1896. Seven new two storied blocks were occupied for the first time at the beginning of that year. No sooner had the Royal Lancaster Regiment settled in, that in July 1896 nine soldiers went down with enteric fever (Malta Fever).

A small hospital of 42 beds was also built at the same time as the barracks. It was used for all minor cases among the troops stationed there. All serious cases were transferred to the Station Hospital Valletta. With the decline in cases of Malta Fever, the Barrack Hospital at Mtarfa was used as a sanatorium for convalescents.

The Barrack Hospital was expanded in 1904. The Centralization Sub-Committee of the Army Hospitals Committee recommended that the hospital should be reserved for the care of women and children, and that the men should be treated in a new Central Hospital.

On 19 August 1911, 15.5 acres of land were bought at Mtarfa at a cost of £2,661 for the erection of a new Central Hospital. The Malta garrison needed 242 beds. The Barrack Hospital had 42 beds which were increased to 62 by the removal of the RAMC orderlies to the adjacent infantry barracks. The remaining 180 beds for ordinary medical and surgical cases were to be provided by the new Central Hospital. The whole project was estimated to cost £55,000. Additional land was required to build the isolation ward of six beds and staff quarters, but the Treasury did not authorise the purchase of that land until 8 Sept 1923.

In May 1914, it became embarrassingly apparent that the hospital with all its ancillary buildings would not fit in the acquired area. The sloping nature of the ground had made it necessary to move the main block of the hospital further up the hill, leaving insufficient terrain for the isolation block and staff quarters. Another 9.5 acres would have to be bought, at a cost of £1,000 to £1,122. The outbreak of the Great War had placed other priorities on HM Treasury, which saw no urgent need to release funds for a project that would be too late in its completion to benefit the war effort.

On 6 January 1915, Sir Leslie Rundle, Governor and Commander-in-Chief Malta, laid the foundation stone of the new Central Services Hospital. The building was commenced on the assumption that funds would be released to build the ancillary buildings at a later stage. By April 1915, the construction of the main block of the hospital was in hand. By 31 March 1916, the sum of £17,950 had been spent, out of the provisional total of £55,000. The main building was completed during the year 1920-21 at an approximate cost of £40,000. In view of the uncertainty as to the future strength of the garrison of Malta, it was decided not to proceed with the remaining portions of the hospital. Accordingly, no provisions were included in the Army Estimates for 1921-22.

The new hospital was taken over by 30 Coy RAMC on 23 June 1920 with beds for six officers and 190 other ranks. The old Barrack Hospital at Mtarfa, adjacent to Q Block, became a Families' Hospital. The orderlies occupied the infantry barracks which had been vacated when those troops deployed to Chanak, Turkey.

The infantry barracks at Mtarfa had space for 1200 soldiers. No infantry battalion could be stationed there while the hospital staff occupied the barracks. This was not a problem when Malta had only two infantry battalions, as the other barracks, namely St Georges, St Andrews, and Floriana Barracks could accommodate them. However two battalions were expected to return to Malta from Mesopotamia and Iraq. It was therefore imperative to re-appropriate the portion of the barracks for infantry accommodation which had been allotted to the hospital.

Consequently, in August 1922, further approval was sought to have funds released for the completion of the hospital, on which £40,000 had already been spent. The isolation block, laboratories, officers' quarters, nursing sisters' quarters, married quarters, and recreational facilities had still to be established. The price of the additional 9.5 acres land had meanwhile risen from £1,122 in 1914, to £1,700 in 1922. Authority to purchase the required land was eventually granted by a reluctant Treasury on 8 September 1923. It had to be convinced that the old and sub-standard Naval Hospital on the Bighi promontory lacked the capacity to take on additional troops, and that additional beds had to be made available in a new modern hospital. HM Treasury had previously argued that the naval and military hospital were only some five miles apart; that there was ample vacant accommodation in the naval hospital for army purposes; and that with modern motor transport such a distance was not insurmountable.

The new hospital was under used. It had accommodation for six officers and 190 other ranks, but by 1927, six beds had been equipped for officers, and only 119 beds for the other ranks. A Treasury Minute dated 23 February 1927, on the Third Report from the Select Committee on Estimates 1926 paragraph 9 (Amalgamation of Hospitals), noted that "in regard to Malta, the hospital situation there has been discussed and came to the unanimous conclusion that having regard to the position of Malta as an important centre for the hospital accommodation for the sick and wounded of all the three services, it would not be practicable to provide properly adequate accommodation in the Naval hospital alone".

The outbreak of the Second World War found the hospital precariously located close to Ta Qali airfield, placing it at risk from enemy bombings of the runway. On one occasion, Mrs Hamilton, wife of the CO of the hospital Lt Col William R D Hamilton, (later Major General) was killed. On another occasion the operating theatre was hit and the theatre sisters seriously injured.

In 1941, the hospital took over its war role and changed its name to 90 British General Hospital. It increased its beds from 200 to 2000 beds by taking over the whole of the infantry barracks for hospital wards, and the pitching of tented wards on the football pitch. 90 BGH reverted back to 600 beds in late 1944.

On 1st March 1951, the designation of the hospital changed to The David Bruce Military Hospital, named after the doctor who discovered the cause of Malta Fever. The first draft of QARANC other ranks arrived in August 1952. The David Bruce Military Hospital was transferred to the Royal Navy in October 1962, when the RAMC severed its ties with the Maltese islands. From November 1962, the Navy became responsible for hospital services in Malta.

Rebuilding started in February 1969. This included the provision of a new air-conditioned operating suite and a ground floor out-patients complex which reflected the trend away from predominantly in-patient investigations and treatment to out-patient care. The receiving room was designed to operate a central records system for both in-patients and out-patients. It was close to the typing room and communicated with the consulting rooms and the waiting area. The x-ray department, pharmacy, laboratory and physiotherapy department were grouped in close proximity to the out-patients facilities. The main building also housed the large medical stores required to supply service medical centres in Malta and Libya, as well as visiting ships.

The rebuilt hospital was formally opened on 2 October 1970 by Lady Dorman, wife of the Governor General Sir Maurice Dorman, and was taken over by the Medical Director-General (Naval) Surgeon Vice Admiral Eric Blackburn Bradbury RN.

The hospital closed in 1978, and later converted to a state secondary school, named after the Maltese medical doctor, historian and archaeologist Sir Temi Zammit (1864-1935), part of St Nicholas College. For the record no naval hospital remains open anywhere in the world, although some have been converted into civilian hospitals.

1. We start with a few externals and the main entrance. The datestone reads 1917. 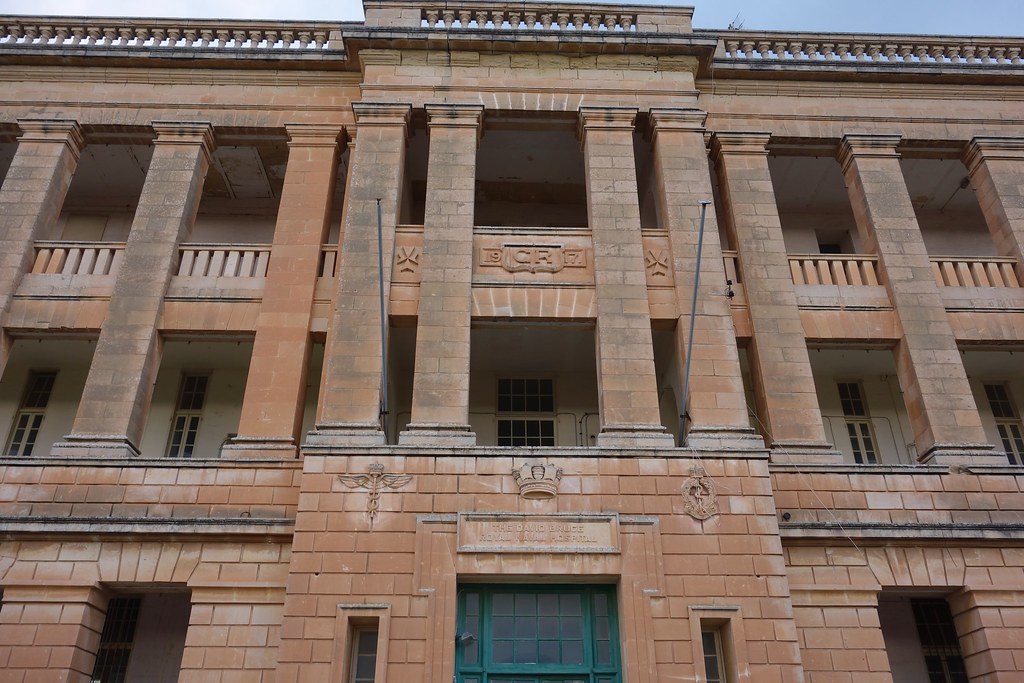 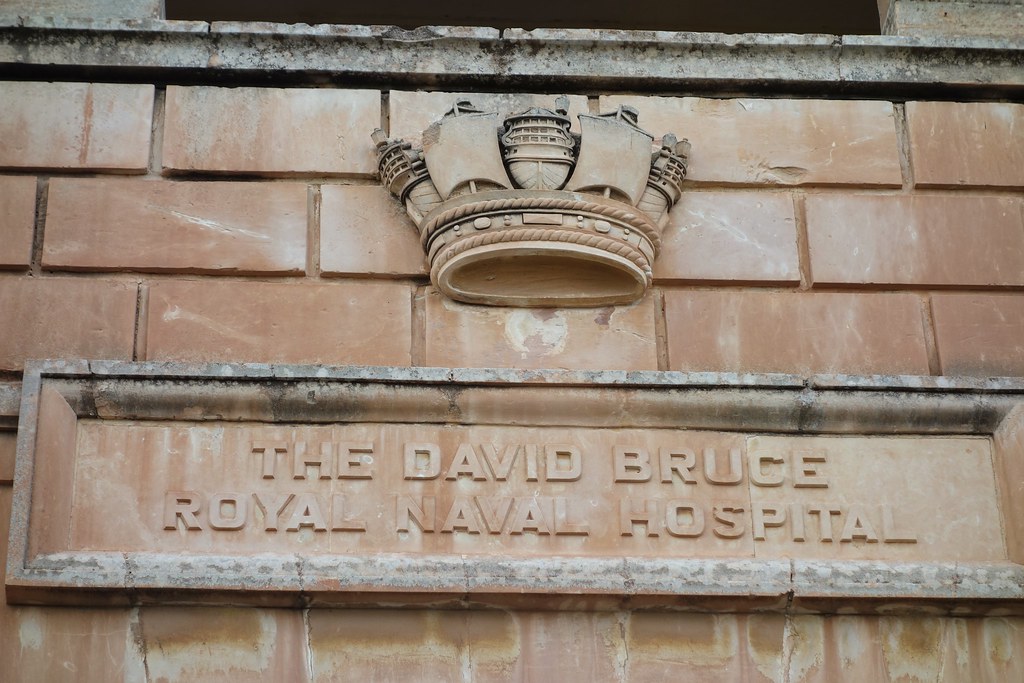 3. The site of the secondary school until a couple of years ago 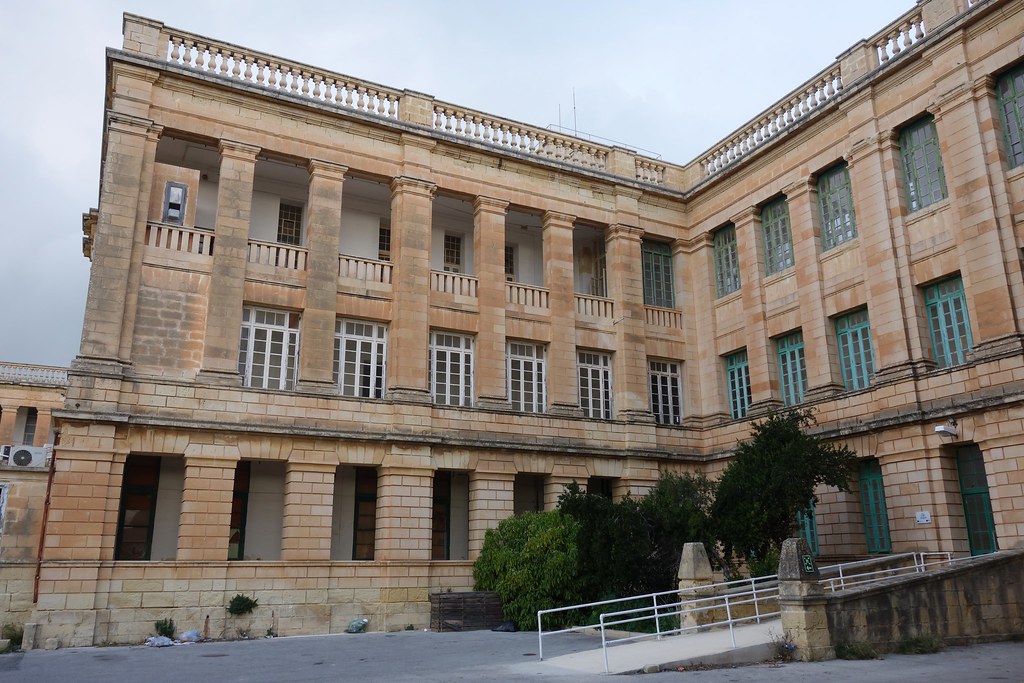 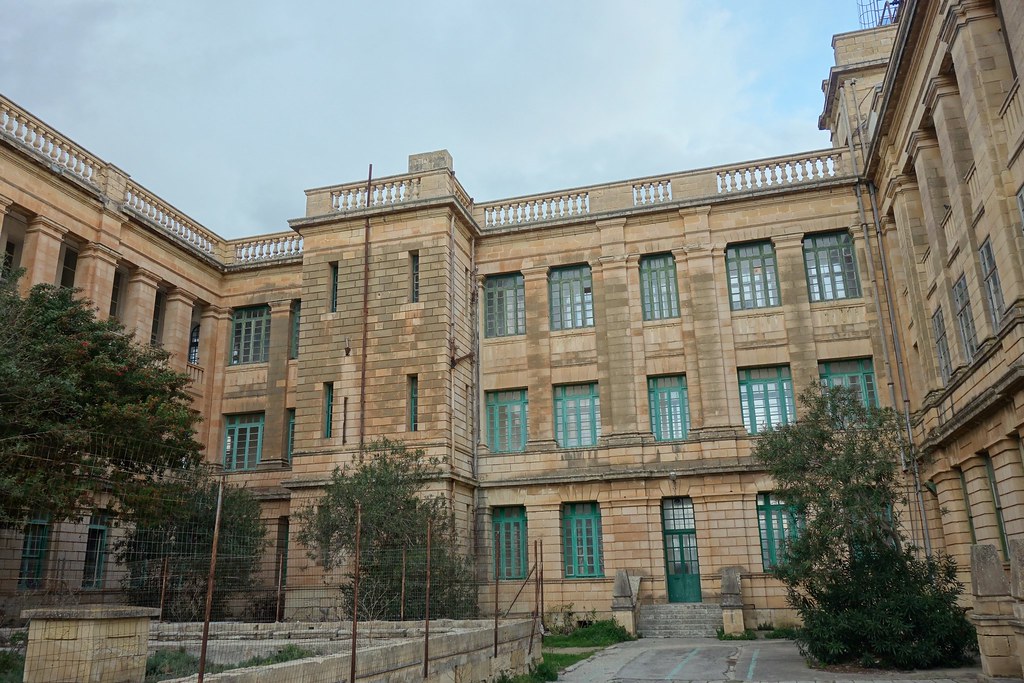 5. The underground shelter is accessed by a slopeshaft with steps 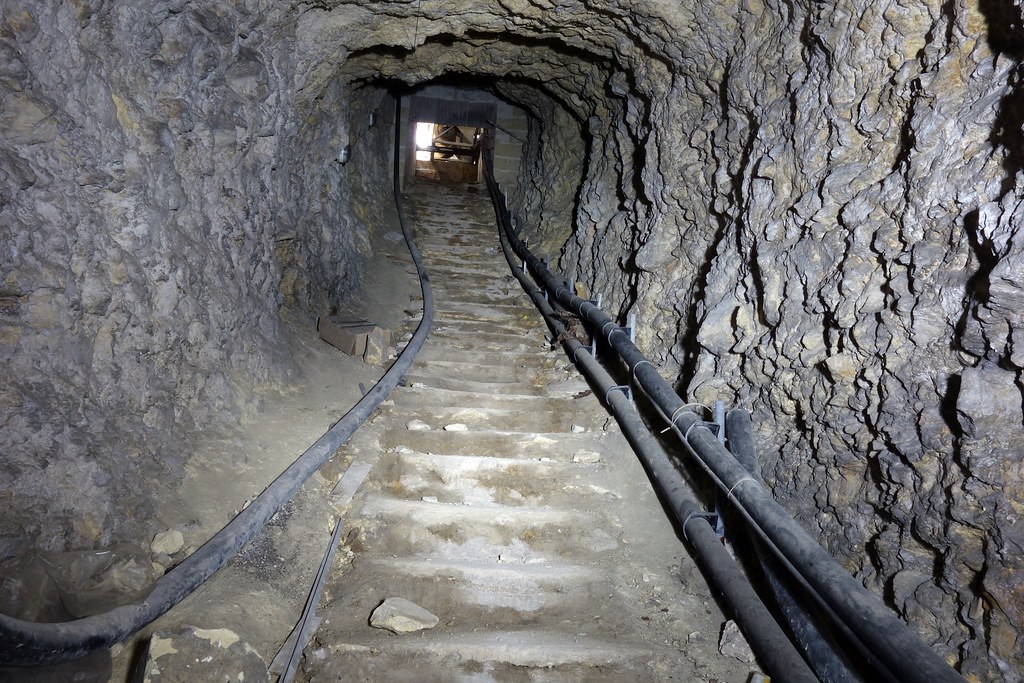 6. The shelter has two distinct levels. The lowest level is lined and looks as if it was used as a mushroom farm until recently. 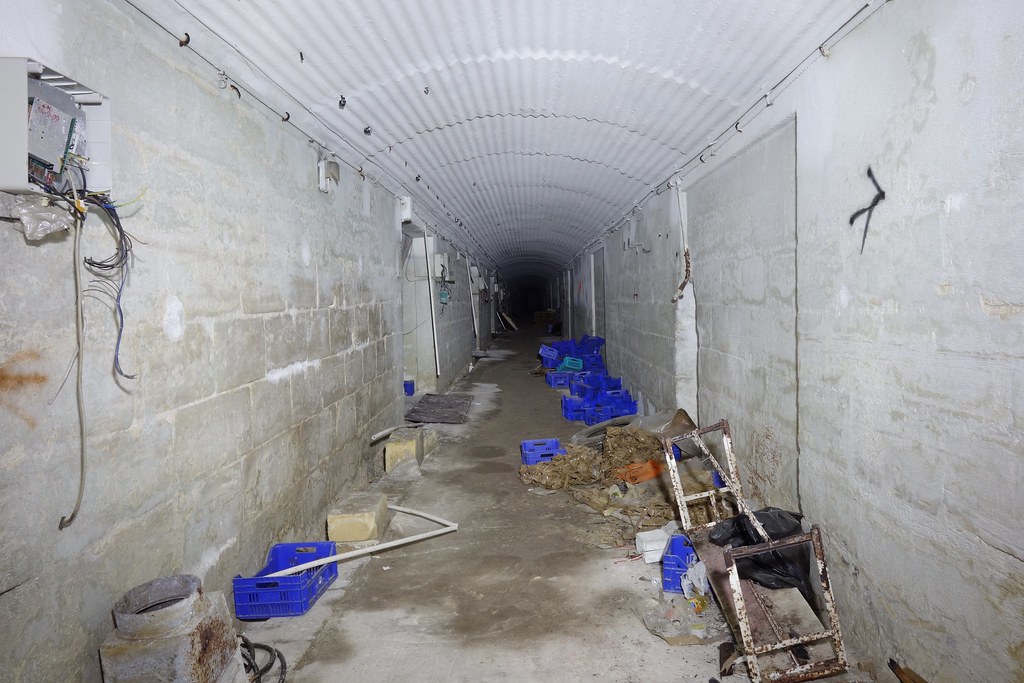 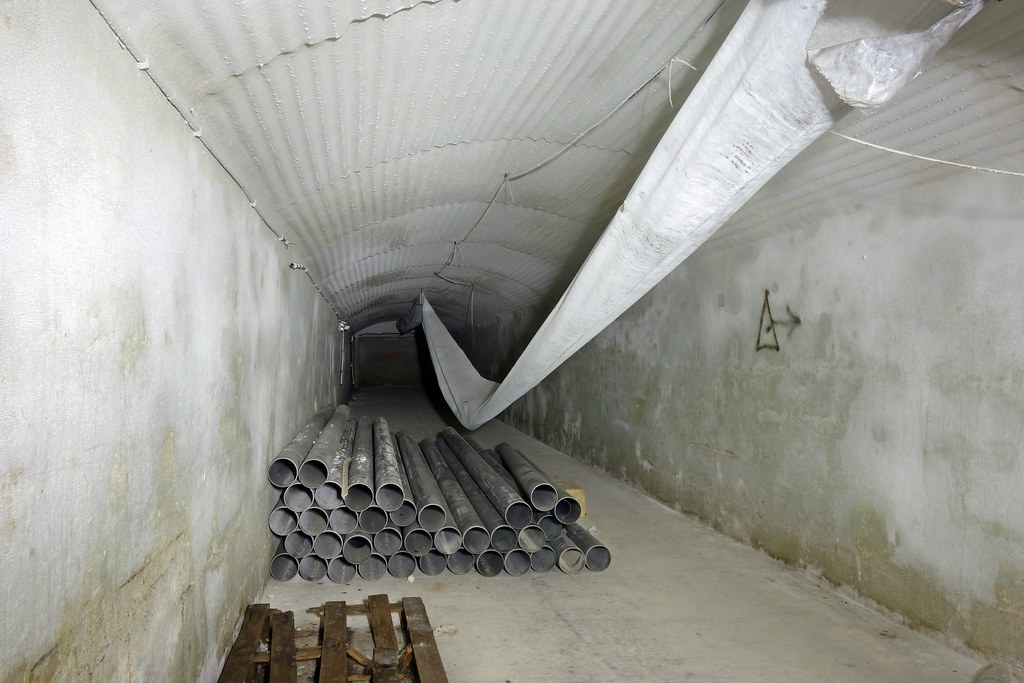 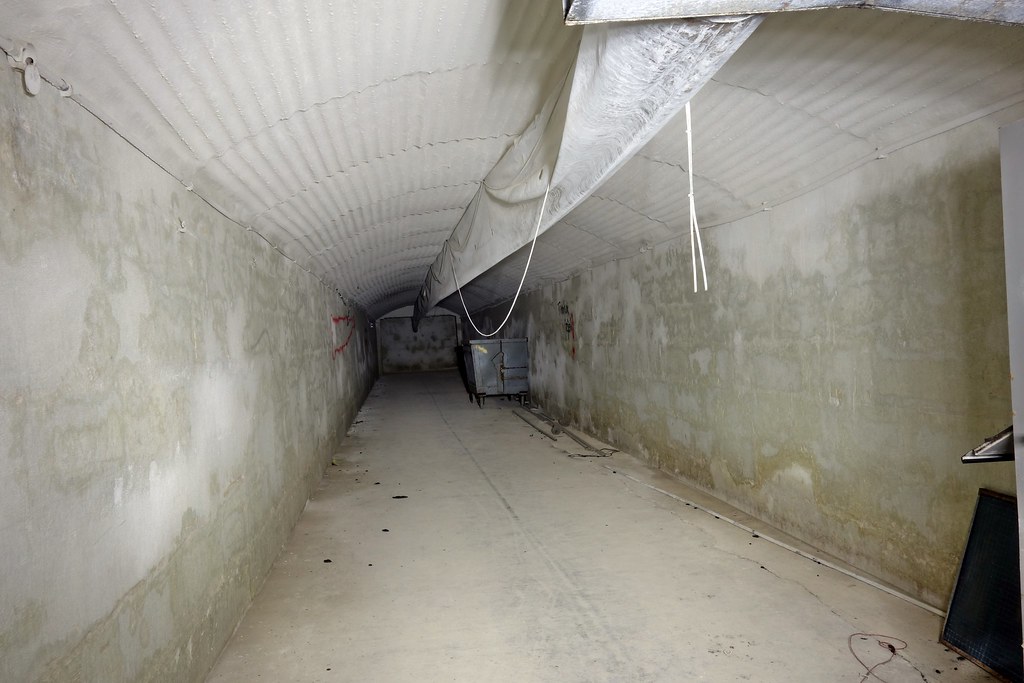 9. Lots of kids have been in recently and places are covered in graffiti. If you are going in, just a reminder that no crips are allowed. 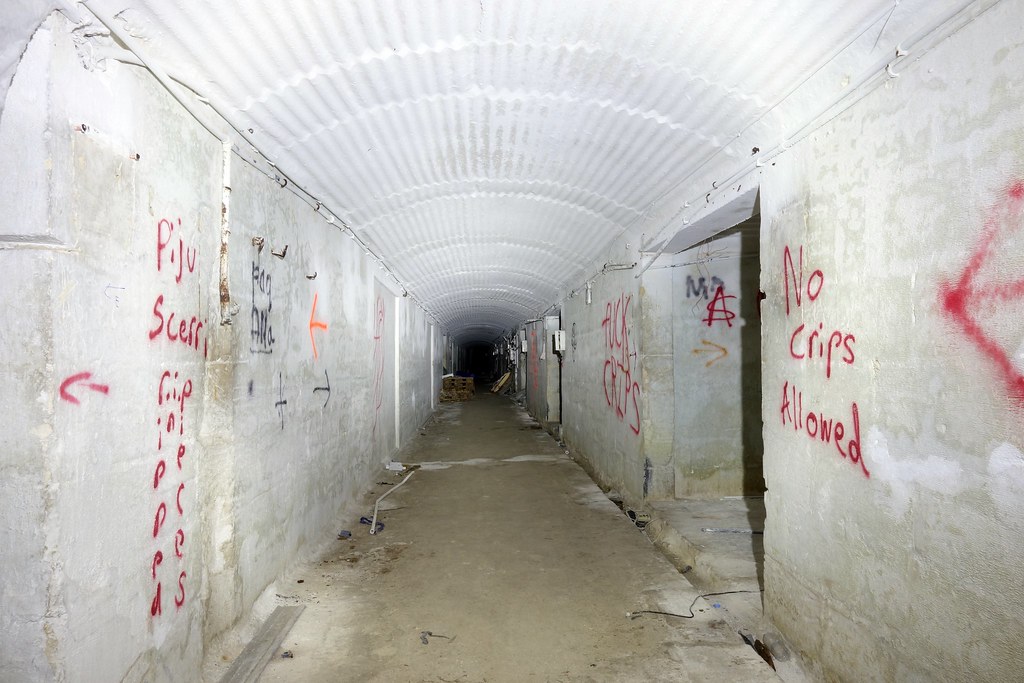 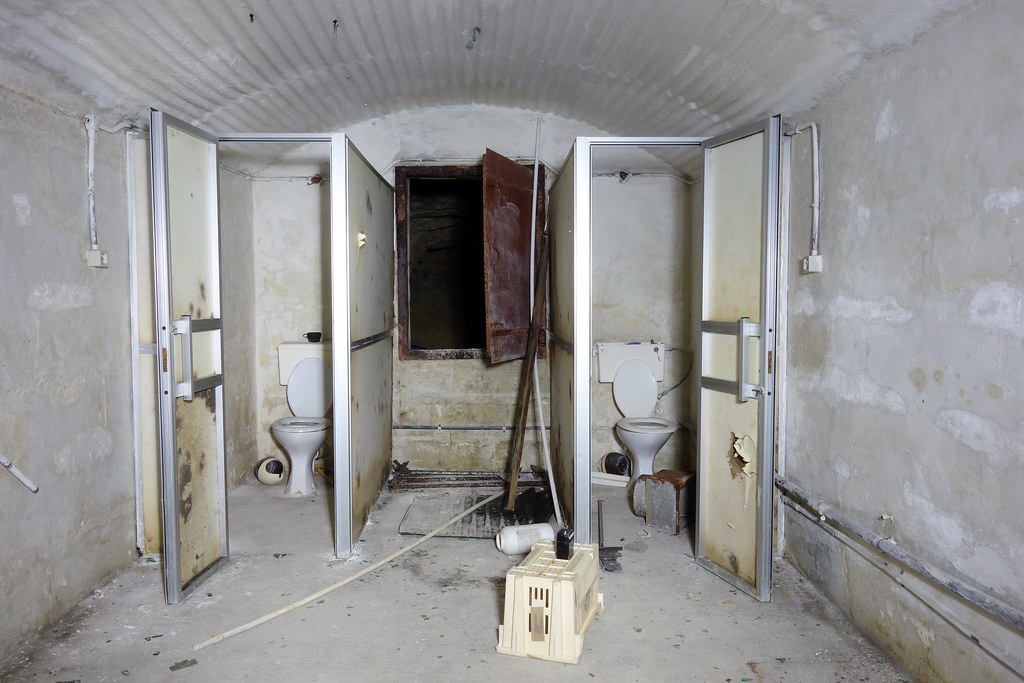 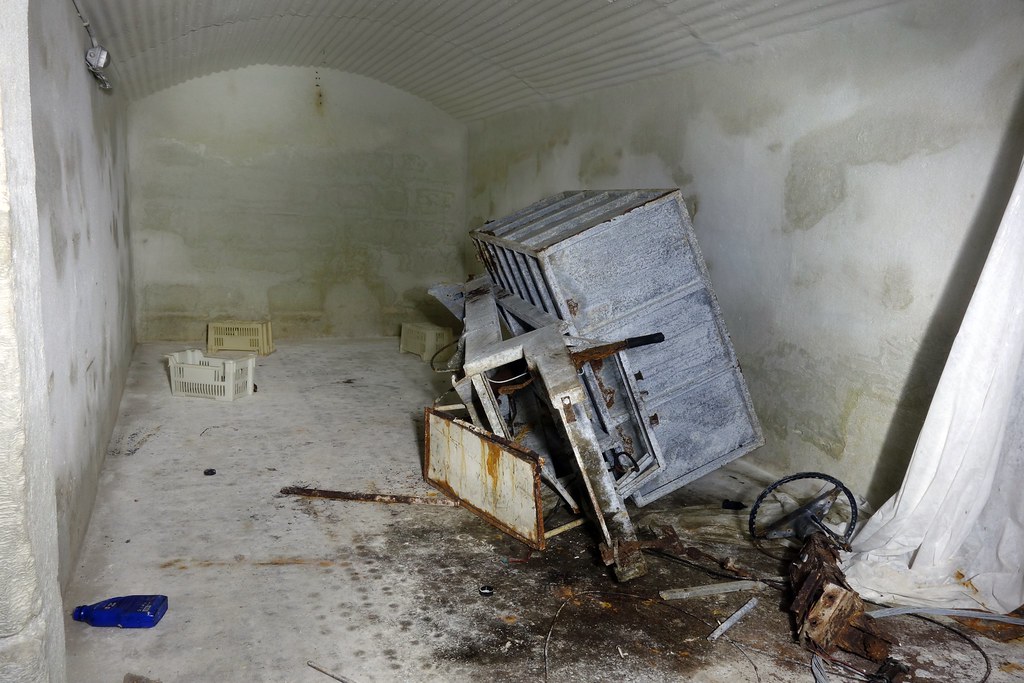 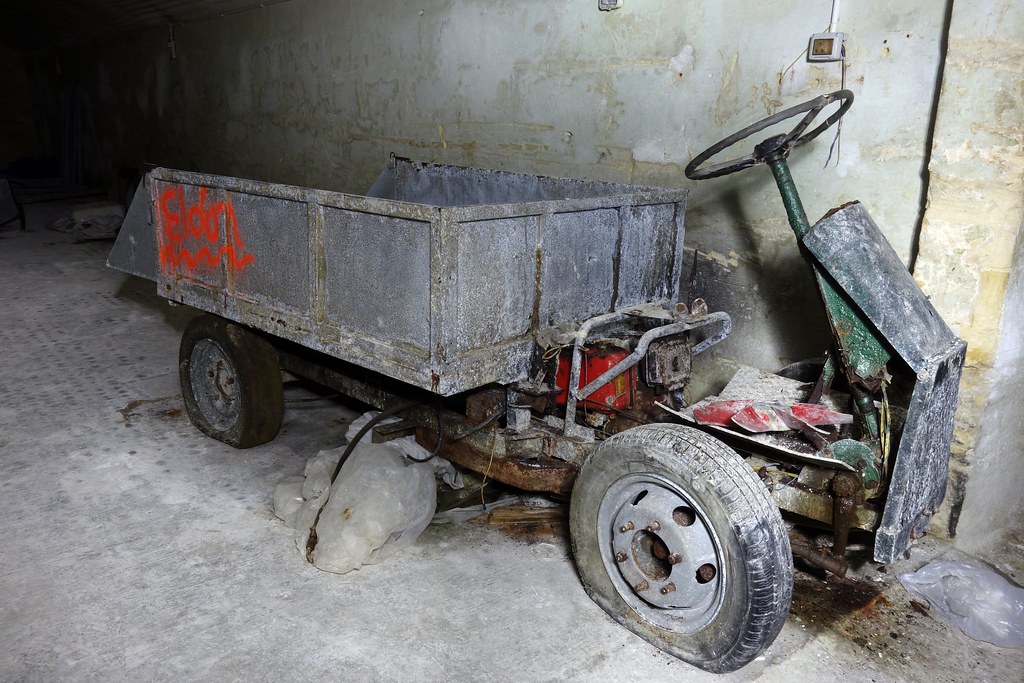 13. Head to the south and there are unlined bits leading to alternative and padlocked entrances 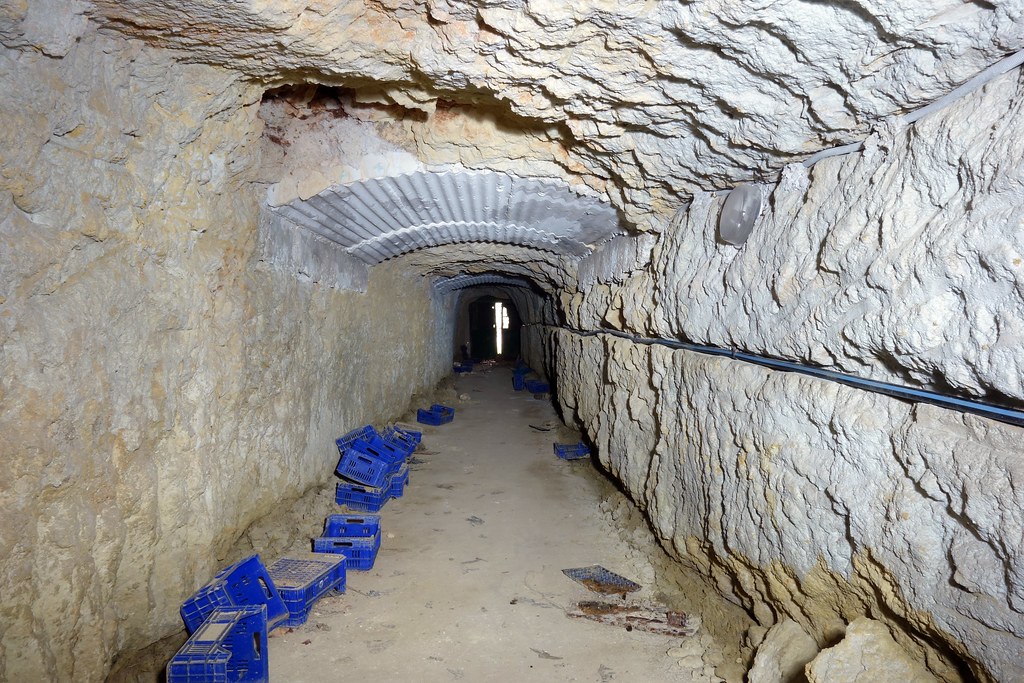 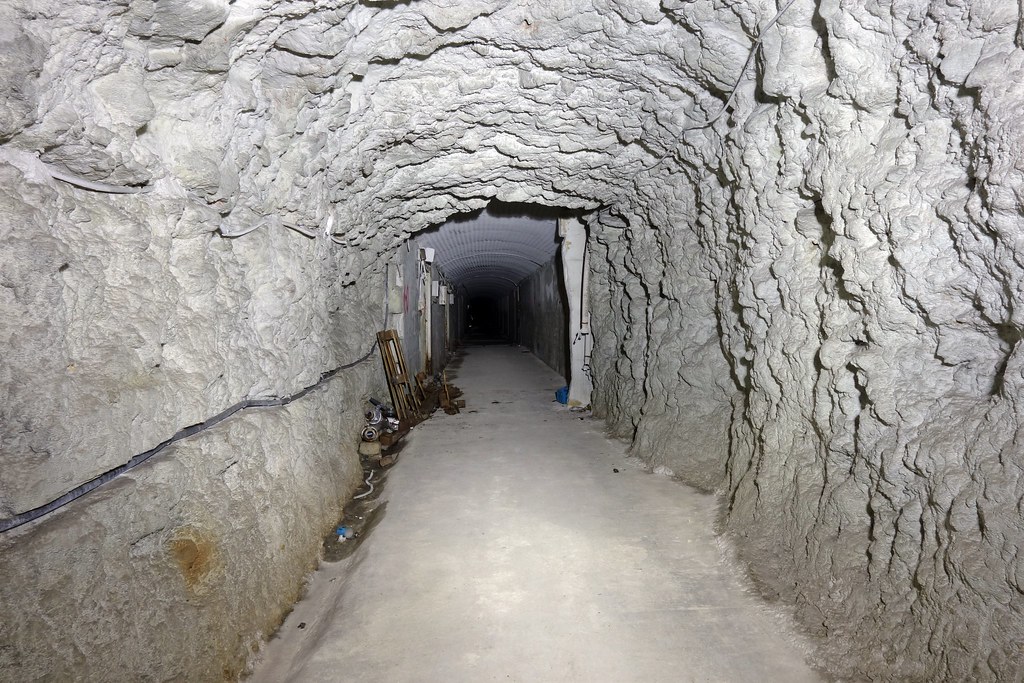 15. Steps lead up to the second level 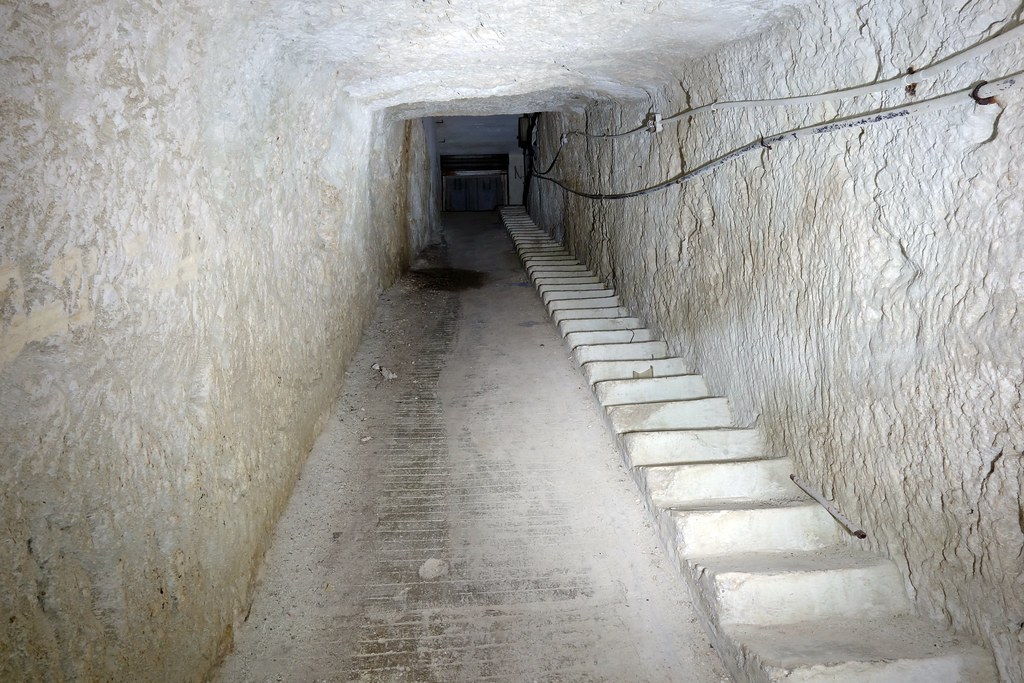 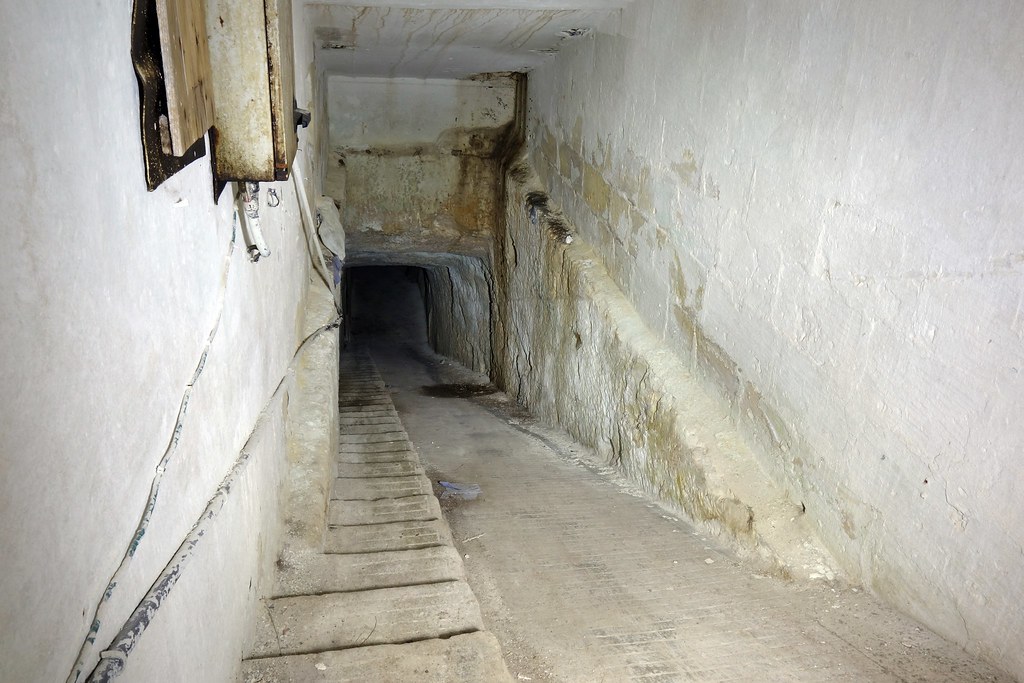 17. The upper level is unlined and is exactly underneath the hospital building 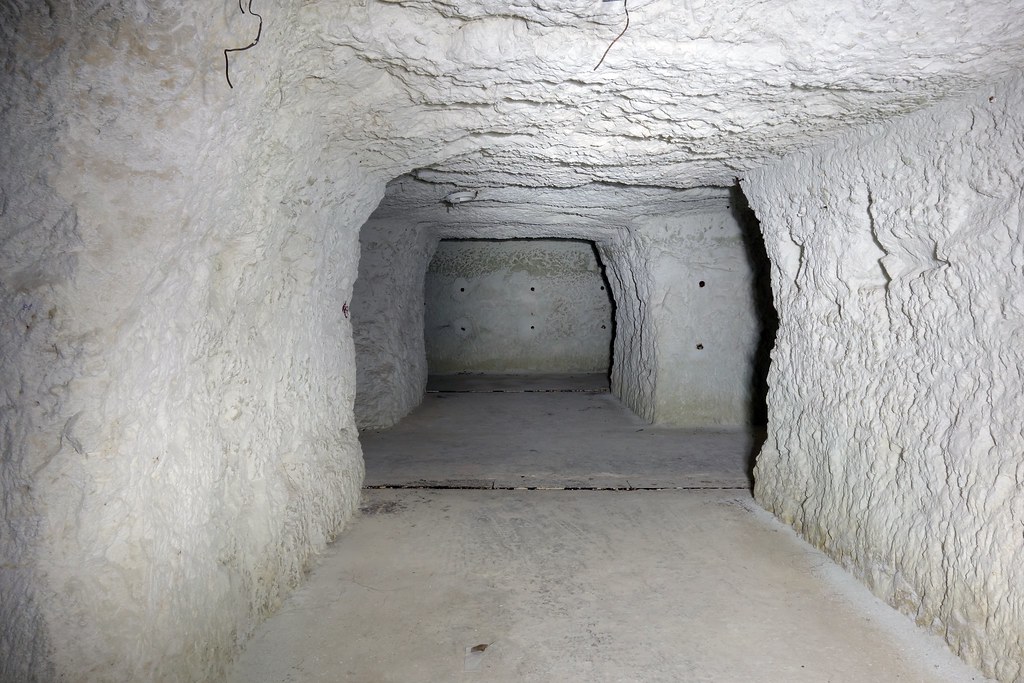 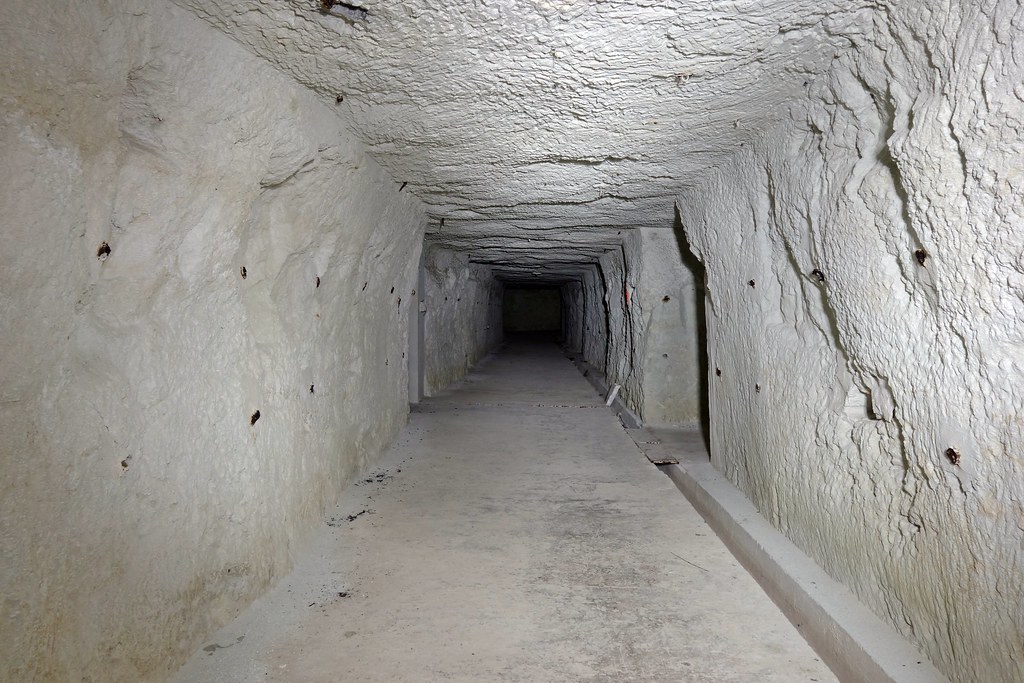 19. Finally a locked entrance leading directly into the hospital 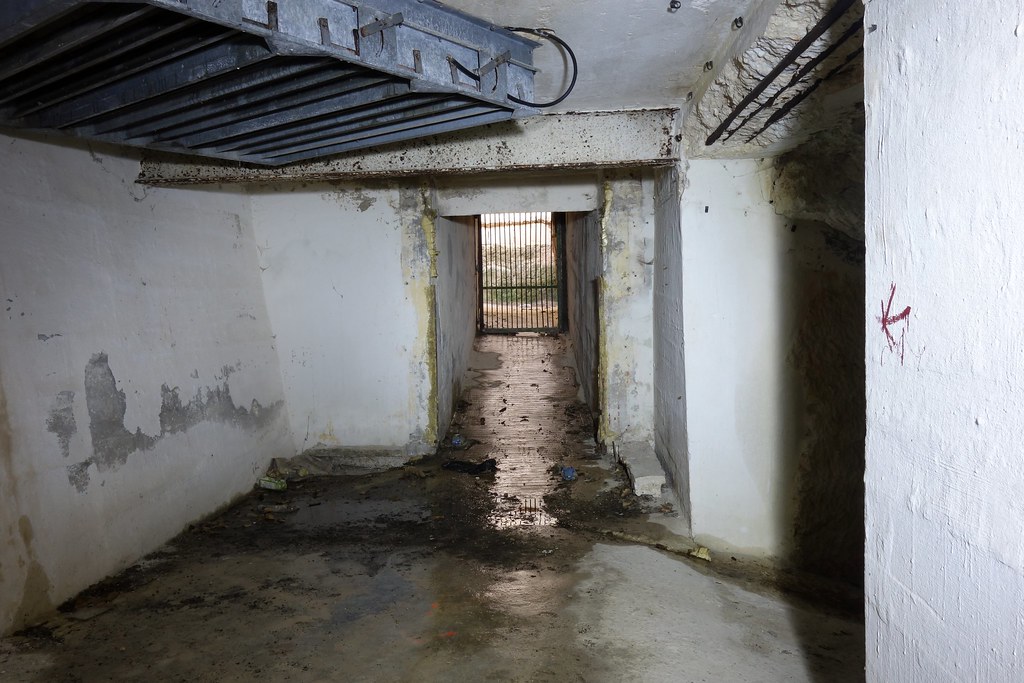 Regular User
Nothing wrong with doing a site a piece at a time.
-Needs a tripod and a decent torch.

Regular User
Cracking shots there. Nothing wrong with bits at a time. Patience is a virtue

Regular User
Fantastic report that.
After googling “what is a crip” I can confidently say I’m ok entering these tunnels.... I think.
eating seeds is a pastime activity.