Regular User
On 21st October 1966, the worst mining-related disaster in British history took place in Aberfan, a small village in the valley of the River Taff, between Merthyr Tydfil and Cardiff. It took place in a community whose single mine, the Merthyr Vale (or Nixon Navigation’ as it was known before nationalisation in 1947) had never seen a major disaster.

In 1966, Mynydd Merthyr, the ‘Pennant Sandstone’ mountain on the west side of the Taff Valley, supported seven huge spoil heaps containing an estimated 2.6 million cubic yards of mine waste. Highest on the horizon stood two conical tips, (Nos. 4 & 5), begun in 1933 and 1945. The other tips, lower on the hillside and numbered 1,2,3, 6 and 7.

These linear tips were created by a crane tipper, which ran on its own short length of horizontal track along the tip’s contour-hugging crest. The crane would pick each dram up, invert it to spread its contents downslope, and then return it upright to a steel plate, which then guided it back onto rails again. Only one of these tips – Tip 7 - was active at the time of the disaster, and it was this tip that collapsed and avalanched into the village, wiping out everything in its path and destroying Pant Glas Junior School, where the children died in their classrooms on the last day before half term.

Tip 4 begun in 1933 and the second highest after Tip 5, was a conical ‘Maclean Tippler’ tip. No surveys of its eventual footprint were carried out, and from the positioning of its central steel tower it was obvious that, as it grew, it would spread to cover the source of a major stream. No drainage was attempted, and no effort made to culvert the streams that would eventually be engulfed. On 27th October 1944, the inevitable happened - a large portion of Tip 4 failed and slid down the mountainside for almost 600 metres, stopping just a hundred metres or so short of the disused Glamorgan Canal.

In 1956, dumping switched to Tip No. 6, a linear tip lower down the mountain. Tip 6 had a short, uneventful life, brought to an end not by failure but by a letter from a neighbouring farmer, pointing out that the Coal Board was tipping on land that didn’t belong to it. A survey was hurriedly ordered to determine what land exactly the Board did own on Mynydd Merthyr. As the NCB soon found out, farmers are rarely mistaken in such matters. The colliery needed a seventh tip.

Tip No. 7 was started in 1958. For the site of Tip 7, NCB managers turned to land south of the mineral line - immediately downslope from Tip 4, which slipped in 1944. This meant that Tip 7’s growth trajectory would eventually take it directly across the slipped material from Tip 4, and the very same watercourse that had caused that failure.

By 1966, as well as being built on the watercourse that caused Tip 4 to slip 20 years earlier, Tip 7 contained 297,000 cubic yards of waste, 30,000 of which were of a fine slurry called ‘tailings’ - waste products of the coal preparation plant.

On October 21st 1966 at 9.13am, Tip 7 gave way and careered down Mynydd Merthyr and engulfed Pant Glas school.

At 9.20am, the hooter at Merthyr Vale Colliery that had never suffered a major disaster, broke its long silence.

The NCB was found to be at fault by the tribunal for placing a tip on a site that had not been properly investigated. Evidence brought forward by residents of Aberfan revealed that the spring underneath Tip 7 was far from ‘unknown’ as originally claimed by the Chair of the NCB, Lord Robens.

After the disaster, a fund was created that attracted donations of £1,750,000 (equivalent to about £33 million today), with money being received in the form of more than 90,000 contributions from over 40 countries.

The NCB and the Treasury refused to accept full liability, and thus to fund the removal of tips that still loomed above the village. Lord Robens of the NCB claimed that it was too expensive to remove the tips, with an estimated cost of £3 million pounds. In response, the community of Aberfan formed a Tip Removal Committee to actively seek out contractors for estimates to remove the tips. Eventually the tips were removed by the NCB, but using £150,000 that Lord Robens appropriated from the disaster fund. Understandably, this caused long-term resentment in the community.

In 1997 Ron Davies of Badger fame, the Secretary of State for Wales in the incoming Labour government, repaid to the disaster fund the £150,000 that it had been induced to contribute towards the cost of tip removal. No allowance was made for inflation or the interest that would have been earned over the intervening period, which would have been £1.5 million in 1997.

In February 2007 the Welsh Government announced a donation of £1.5 million to the Aberfan Memorial Charity and £500,000 to the Aberfan Education Charity, which represented an inflation-adjusted amount of the money taken. The money to the memorial charity was used in the upkeep of the memorials to the disaster.

After the removal of the tips, remedial work continued. While the tips were gone and in time, re-landscaped, the original watercourse and spring that was the cause of the Disaster was still present. Work was carried out at various points west of Aberfan on Mynydd Merthyr to construct drainage channels down the mountain to points just west of the village where underground drains were constructed to carry water under the village to outflow into the River Taff on the eastern side of Aberfan.

The subject of this report is the main drain that was constructed for this purpose that runs for approx. 3/4 of a mile from the lower slopes of Mynydd Merthyr before emptying into the Taff. It was unamed but calling it Ymyl Yr Afon after the general area where it outflows.

Visited with a non-member.

It is no great shakes as a drain, no Victorian brick work in places but just a 1970's long metal pipe. Running North-West to East, the drain runs for 3/4 of a mile in a zig-zag fashion. Metal and apart from the first 10 yards on either side, it is re-inforced with bitumen and hard black plastic. From the inflow, it drops on a 1 in 5 gradiant for a quarter of a mile before it levels out (profile changes and gets slightly larger - you can extend your legs fully while your back hits the top) and runs for a 1/2 mile into the Taff.

It isn't an epic in urbex terms but in South Wales and general social history, it is only here because of 21st October 1966. 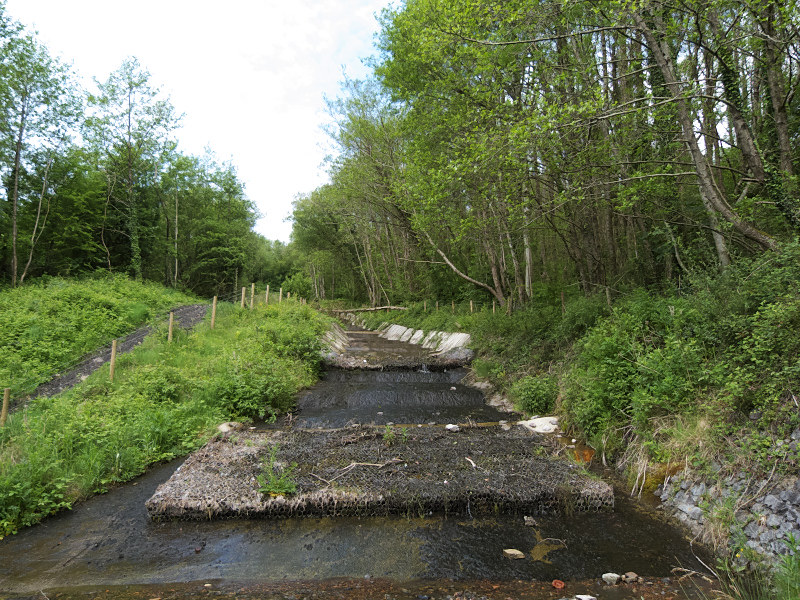 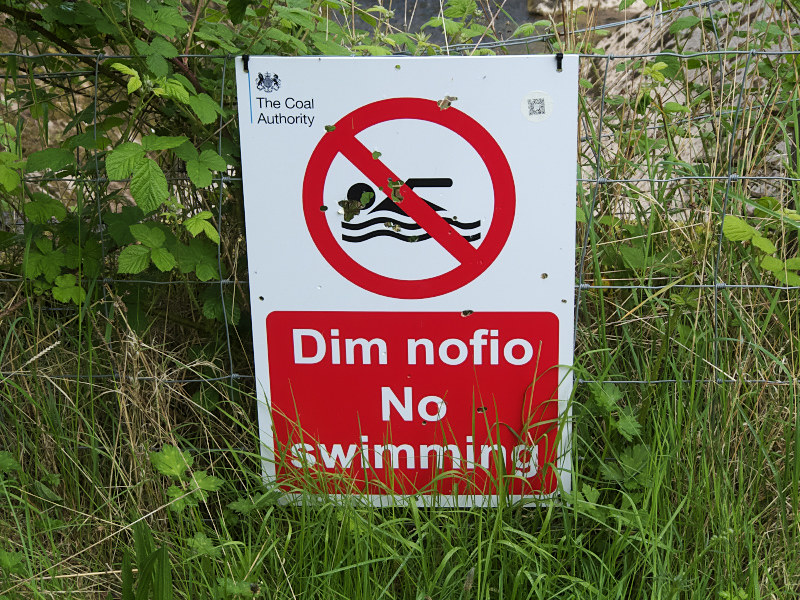 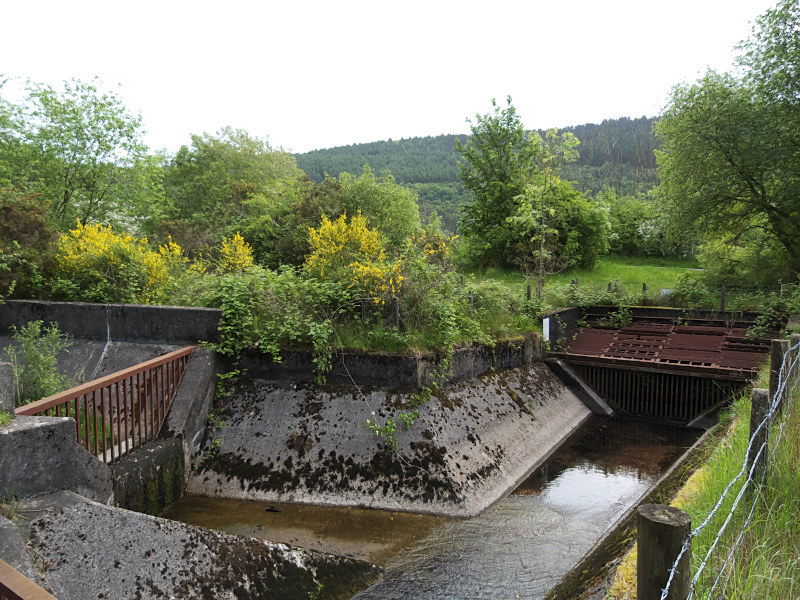 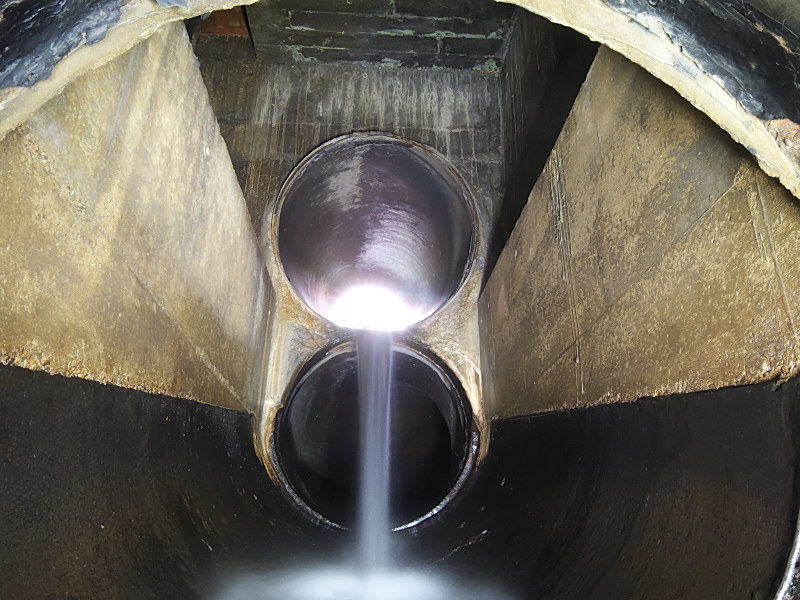 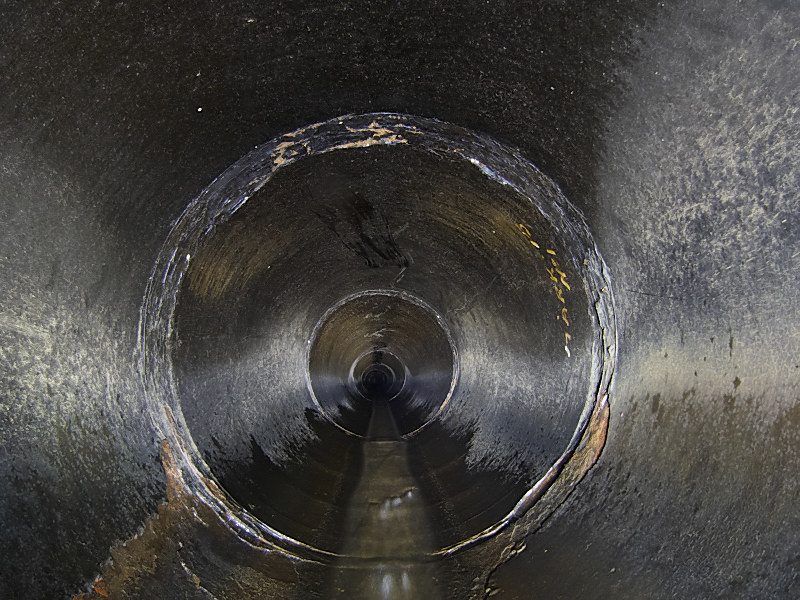 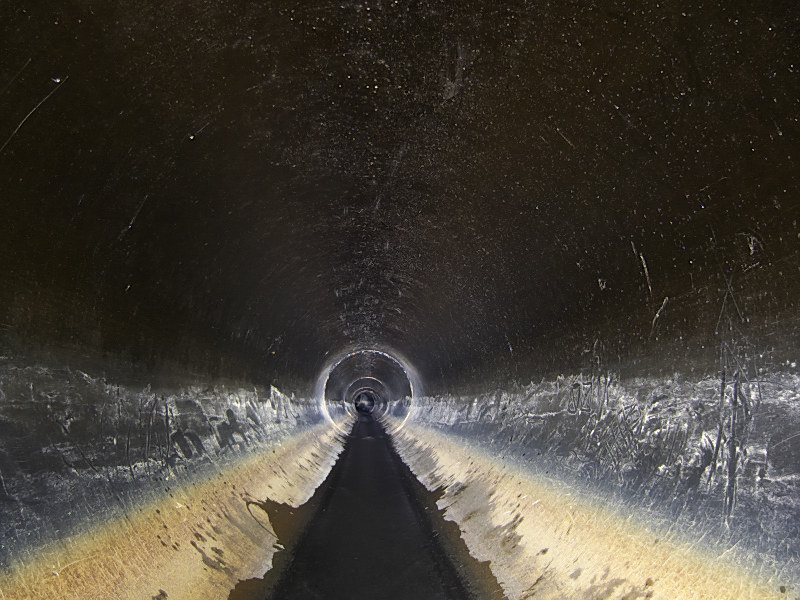 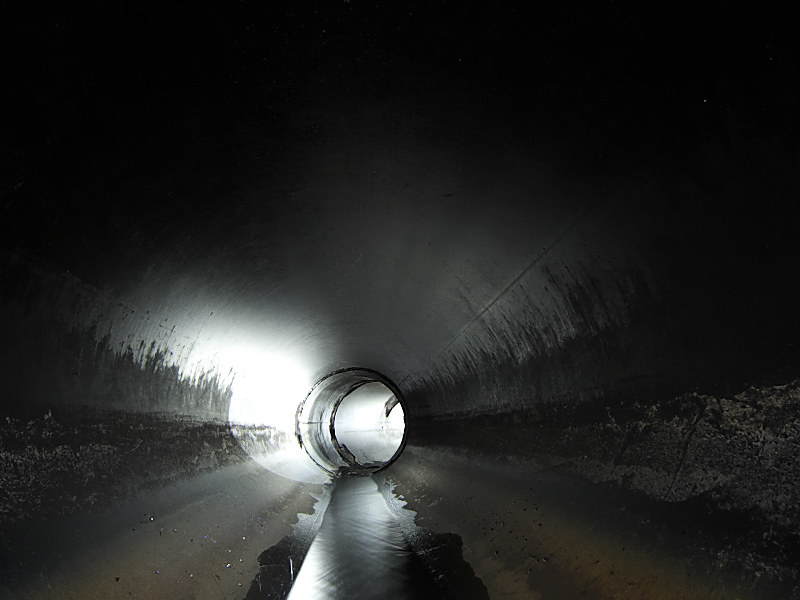 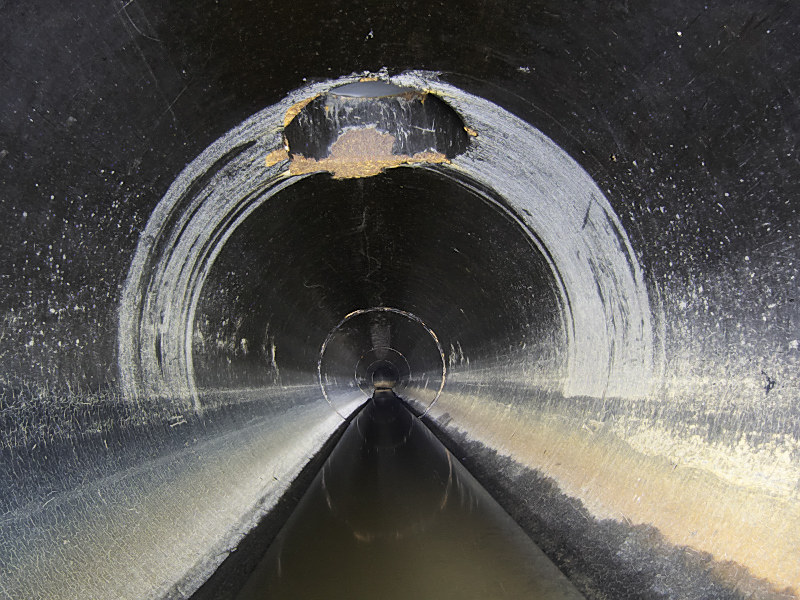 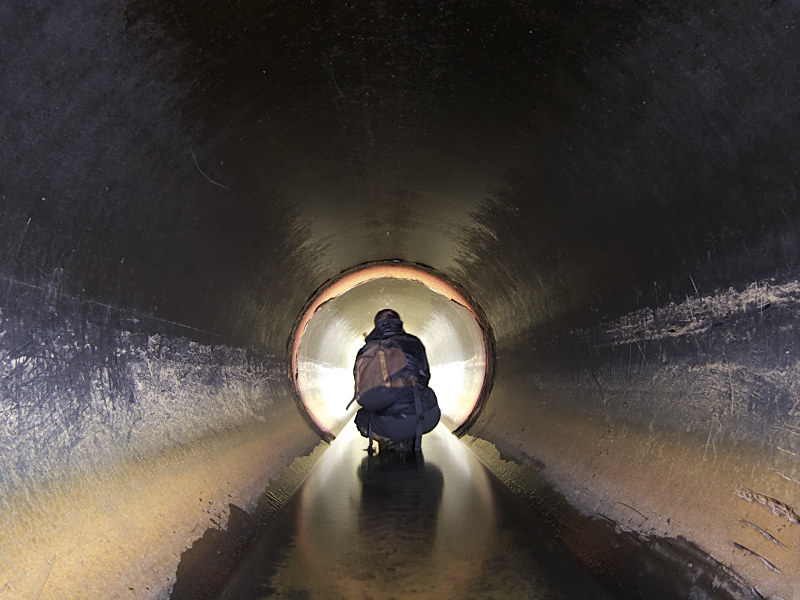 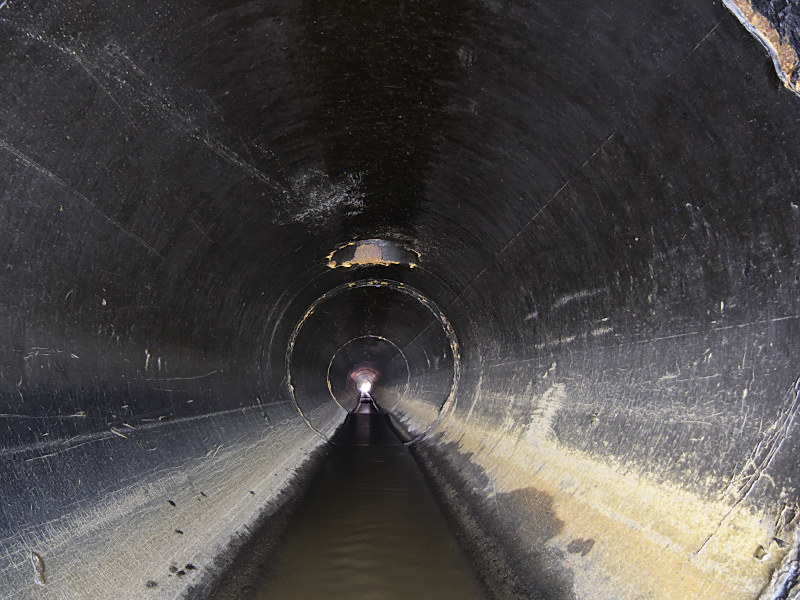 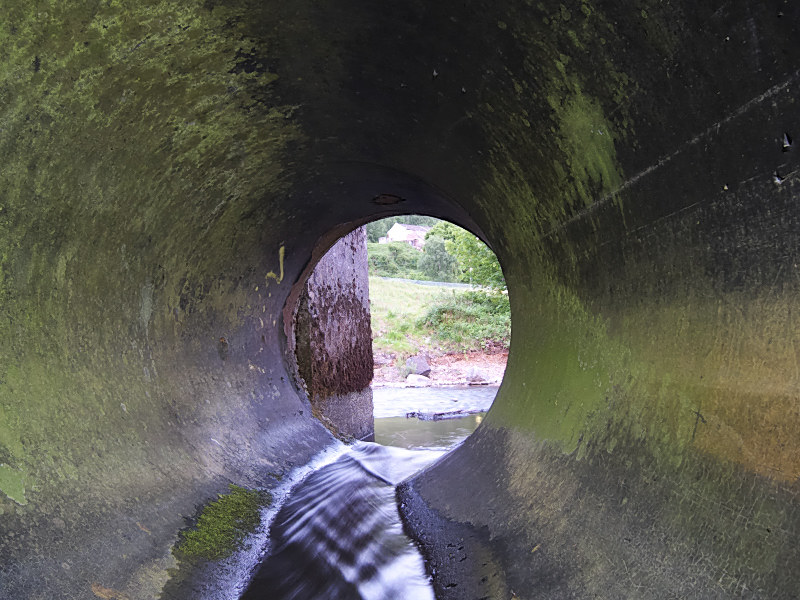 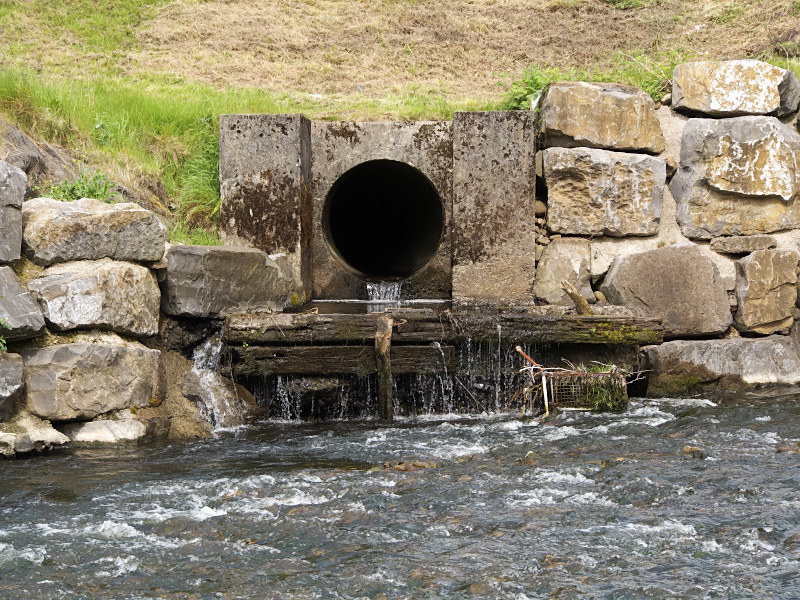 As always, thanks for looking.​
Last edited: May 22, 2022
You've got to dream big. What are we here for if we don't make our mark ? It's the buzz, building a team, finding the job, planning the job, carrying it out. It's the camaraderie, trusting other men with everything you know. With your life.

Regular User
The social background of a drain - interesting stuff.

Regular User
Interesting but sad read. My uncle & aunt lived not far from here, and even 10/15 yrs later would tell us kids about it. Never really grasped the harsh & sad truth about it then. But seeing those graves now, all these yrs later really does make it horrendously sad.