The Cambridge Military Hospital opened its doors to patients in 1879. The name Cambridge came from His Royal Highness The Duke of Cambridge who was the Commander-in-Chief of the Army at the time. The hospital was built on a hill because current clinical thinking at the time thought that the wind would sweep away any infection and clean the air. The CMH was famed for its supposedly mile long corridor, with self contained wards and rooms branching off on either side. It was hoped that this design would reduce cross infection. The Louise Margaret Hospital opened in 1898 and eventually changed its name and purpose in 1958 to become the Louise Margaet Maternity Hospital, caring solely for mothers and babies. The CMH was used throughout its years to house casualties from the majority of the wars this country has seen; from the first world war upto the first gulf war. The Cambridge Military Hospital closed down in 1996. Many factors were given as the reason for its closure; cost to maintain, efficiency and asbestos were among them.

So, down to business. Visited with Maverick on one of the coldest days of the year - wind, rain, sleet, hail, snow... they all turned up for the party! We had a bit of a late start to the day, so hurriedly made our way onto site, ever cautious of security. (Thanks to Winchester for the tips and info - very useful!) The site is flanked by woodland at its eastern side and we encountered a herd of deer on our way in.

On site we headed into the Louise Margaret Maternity Hospital first and were met by some true decay - paint peeling, rotting wood, water logged floors - great stuff!! Once done in there, we headed over to the mortuary, which nature is trying very hard to claim as its own. Powerful stuff in there, when you think of what those walls have seen... Finishing up there, we braved the hail and headed into the main Cambridge Military Hospital. We entered at one end of the famous 'mile long' corridor and tackled each room as we met it and then headed upstairs. The main target was the clock tower and after a bit of searching, we found it, in all its pidgeon sh*t stained glory! Apart from being caked in cr*p, it was in good nick and we got some great shots from the top. The architecture of the place, inside and out, is stunning and its a shame to see it in such a state of disrepair. Saying that, running water and electricity are evident in some areas of the hospital!

The majority of the hospital has been boarded up tight, as per the last few reports on the place, and we knew secuirty were very active on the site. But we kept our heads down and kept a low profile all day and we managed to avoid any contact. There's evidence of both of the hospitals being used for filming, mainly 'those' doors, plus several other signs around the place. Theres also a lot of evidence of asbestos removal, so we didnt hang around too long in some of those areas. It was a truly amazing explore, steeped in history and with loads of decay as well. And so onto the pics:

We started off in the run down corridors of the Louise Margaret Maternity Hospital. 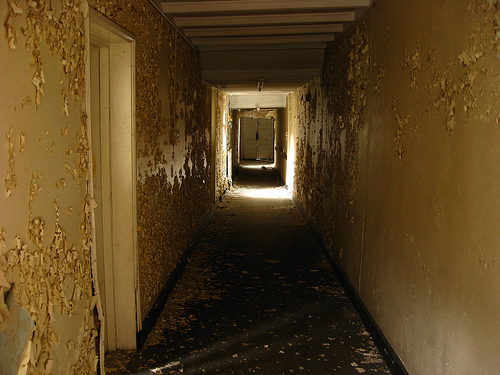 A typical medical room found in the LMMH. Note the peeling paint; this was evident everywhere on site. 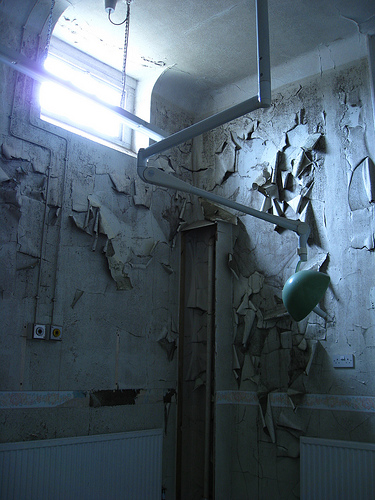 One of the many snaking, dark corridors found here. 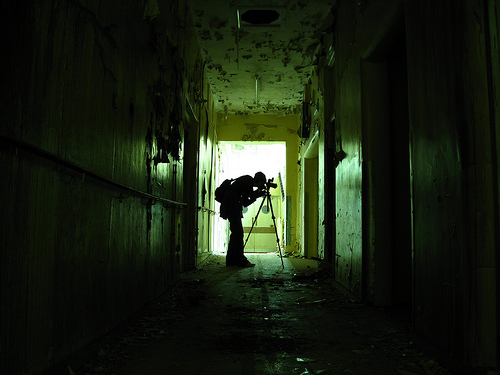 There were loads of toilets dotted around. 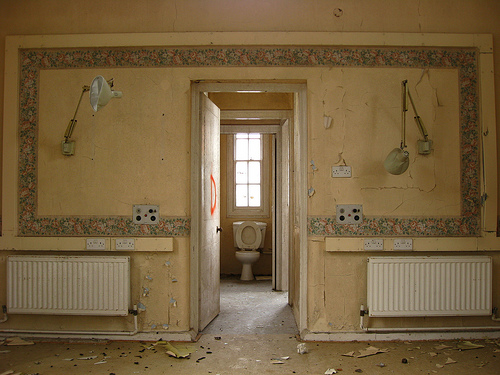 Token 'bloody doors' shot. They were used as part of a set for filming purposes. 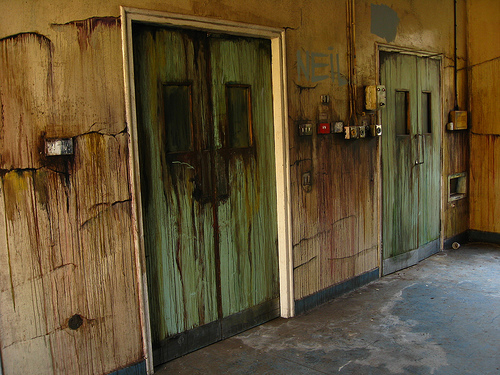 Stairs to the first floor of the LMMH. 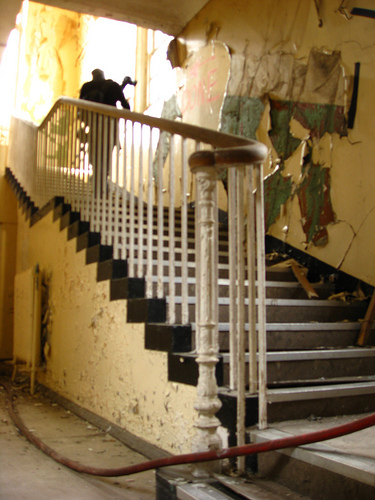 An interesting style of carpet... 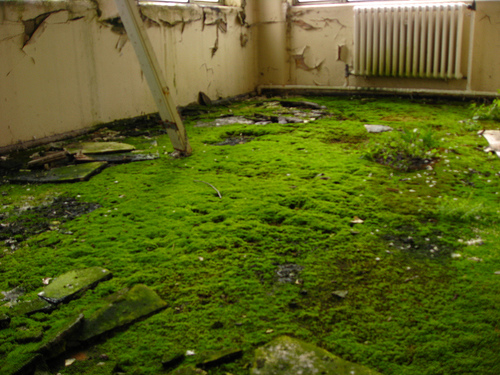 Nature desparately trying to worm its way in. 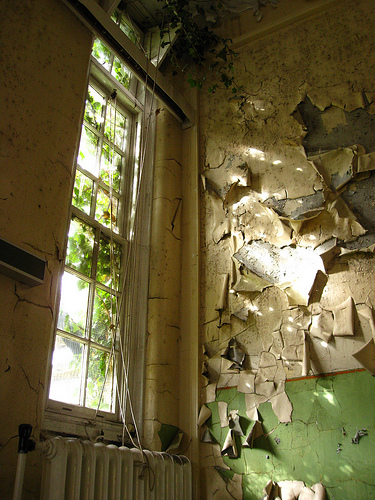 The mortuary. The outside is in very good condition, but the roof has caved in inside, letting a lot of nature in with it. 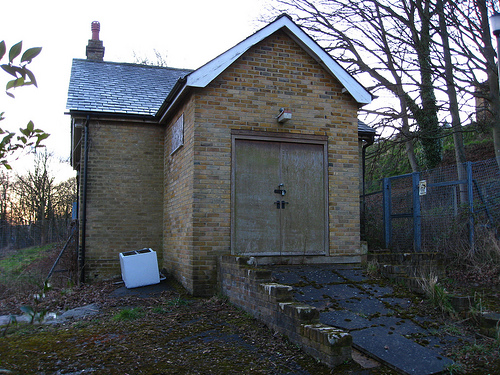 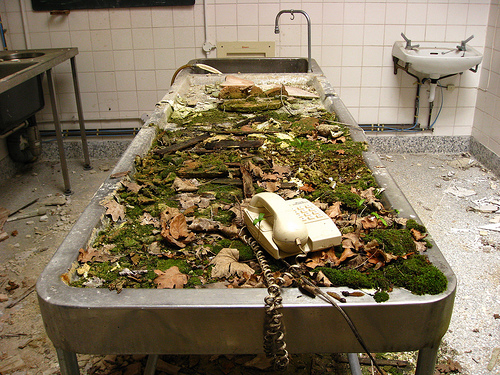 The main corridor in the CMH. This ran the entire length of the hospital and had countless doors, rooms and stairs leading off from it. 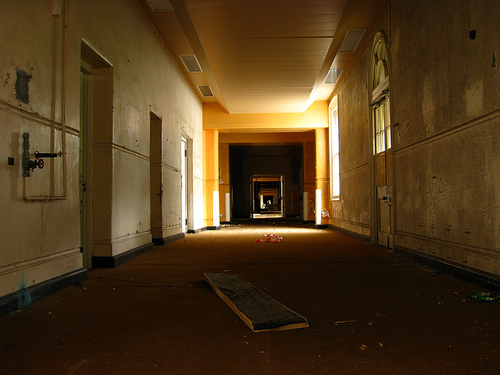 Inside one of the operating theatres. Some of the larger fixed equipment was still in place. 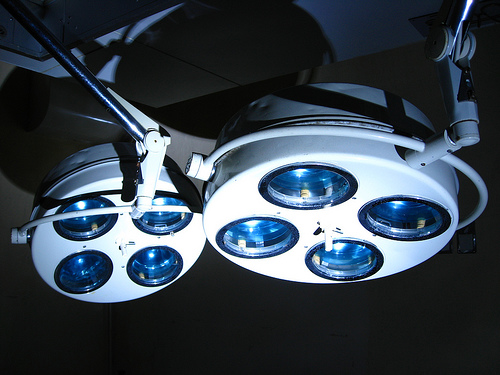 The floor was in a bit of a state in some of the rooms. 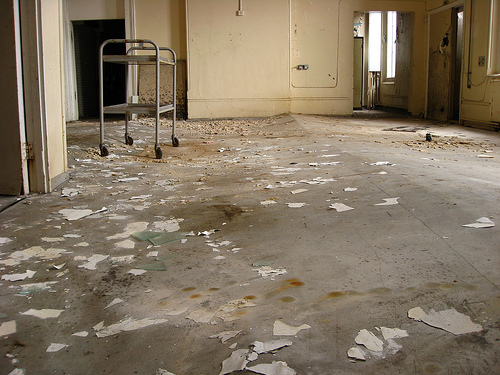 The clocktower was evident from most windows. 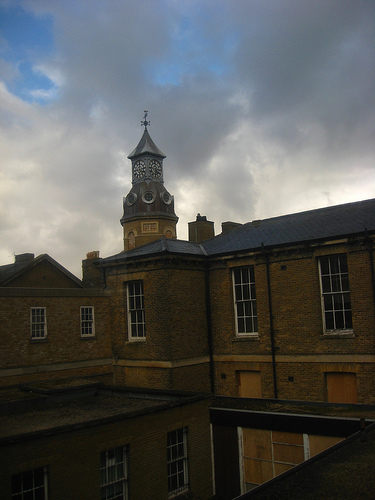 These upper level wards were unused in the hospitals later years due to health and safety reasons. 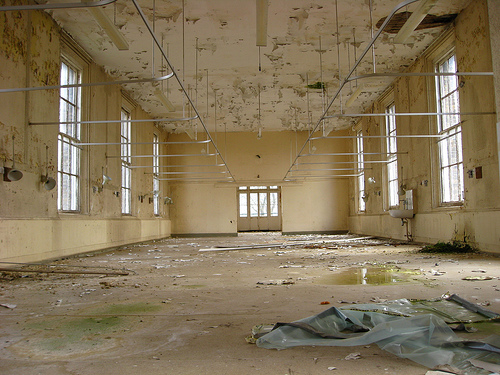 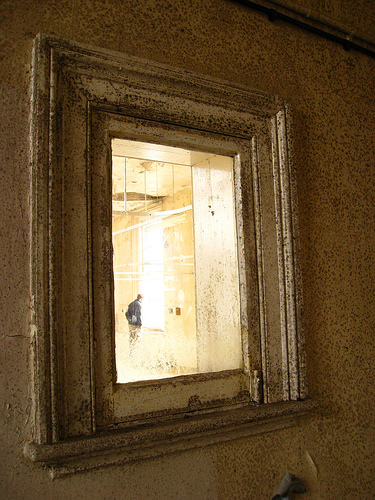 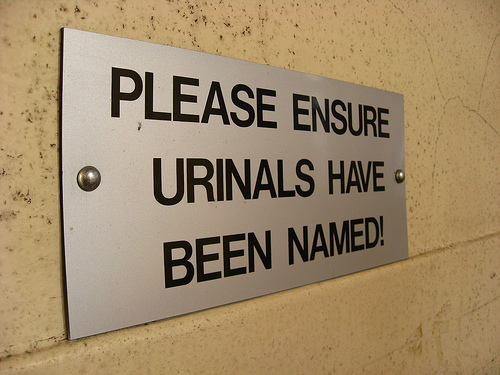 Our main target was in sight. After much searching and lots of dead ends, we finally found our way in! 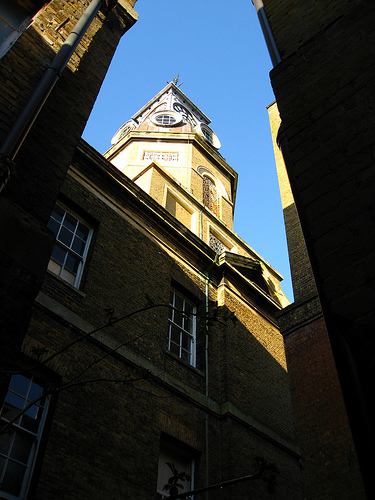 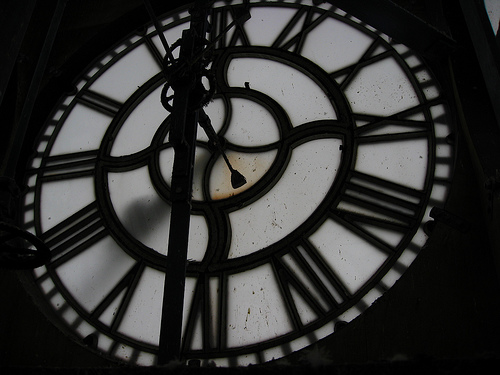 View from the clocktower. Note the ornate window covers. 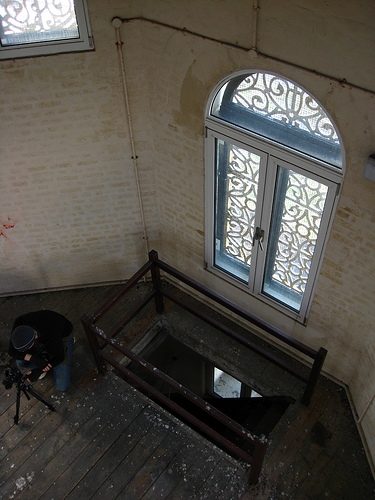 Again, the floors were pretty dodgy in places. 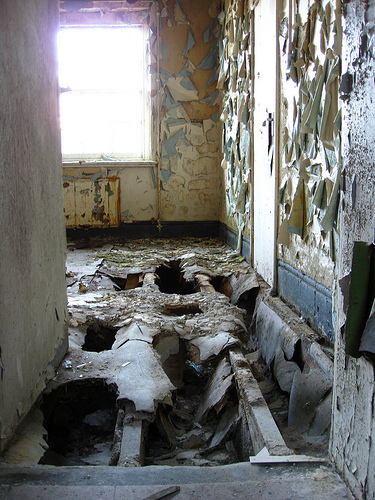 Down in the belly of the hospital; the boiler room and janitors areas. 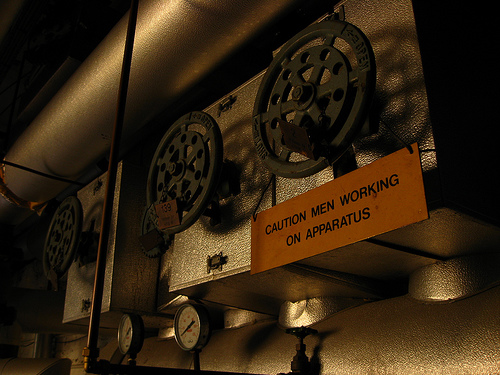 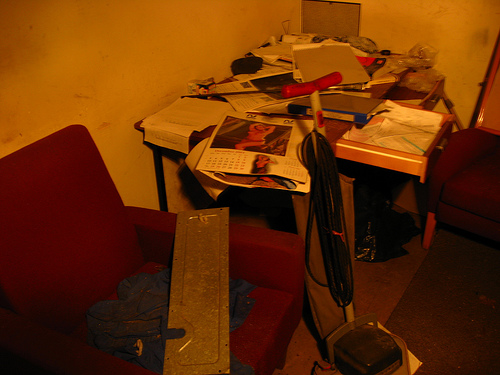 The majority of the site was pretty dark, with light streaming through where it could. 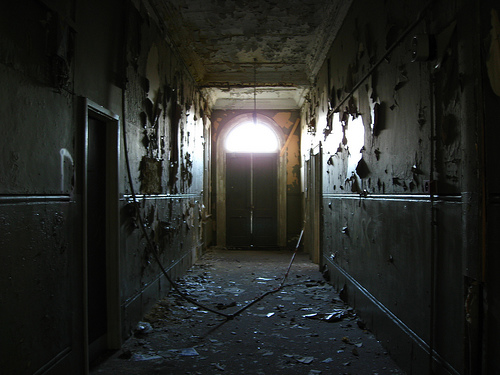 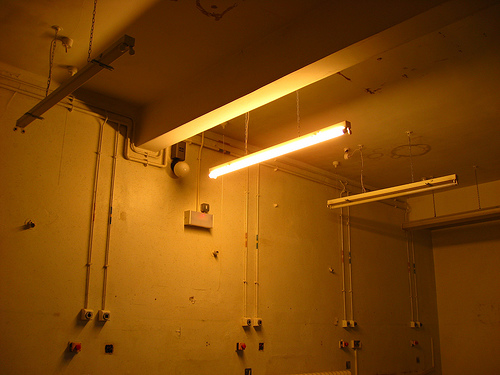 Some old equipment left to rot. 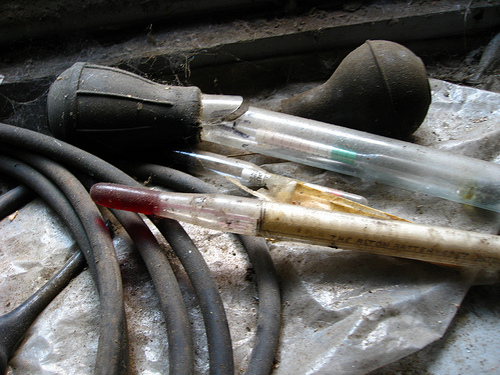 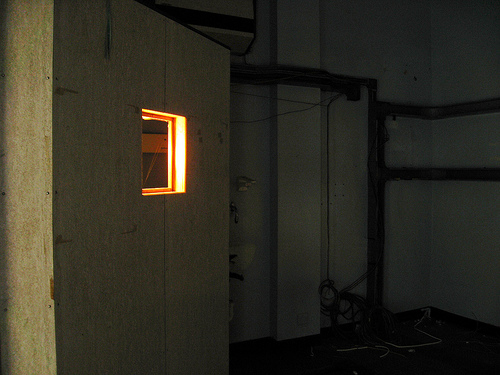 Inside the old gym. No equipment though. 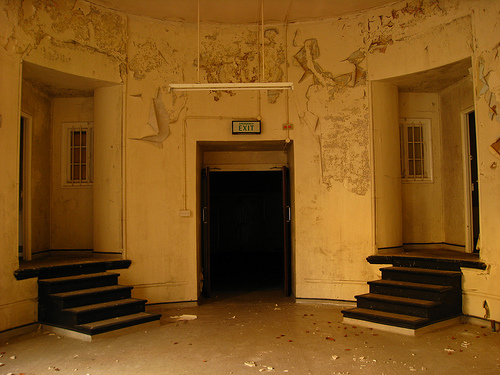 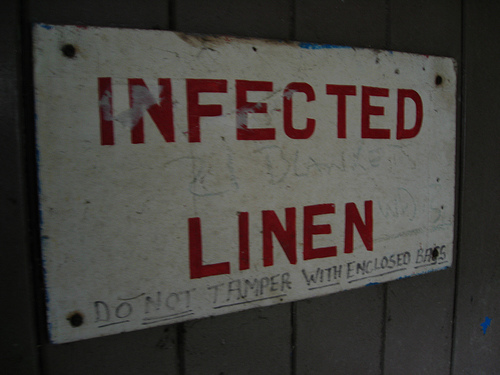 One last glimpse and we were gone. 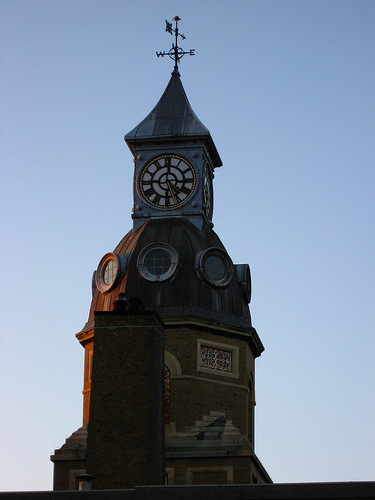