Regular User
Visited with prettyvacant71 and her mate Dez. This was the first stop on our Scotland road trip. We didn't make it very far that evening!

She had given me the heads up about this a while ago and it was on the cards, after she had done a few recce missions she had a plan. I was up in Scotland when she went with @jsp77 the previous month, but knowing the auction was days away there was not a chance in hell I was missing this place and she was keen for a revisit, as usual.

1919 – At the end of the First World War a long-established firm of varnish makers called Naylor Brothers extended its activities into paint production and moved out of central London to set up a factory in Slough on a 30 acre site. At around the same time in Stowmarket, Nobel Chemical Finishes is working on new Du Pont formulation paints for the growing motor industry and need bigger premises and talented chemists and scientists … The Naylor Brothers’ have a huge 30 acre manufacturing plant and a very, very talented scientist called H.H. Morgan
In the early 1920s - after a disastrous attempt to enter the wallpaper industry - Naylor Brothers find themselves in financial difficulty. After lengthy negotiations, Nobel Chemical Finishes acquire Naylor Bros and the newly combined management, production, distribution and sales are concentrated at Slough.
1926 - Nobel Chemical Finishes joins forces with 3 major British chemical companies and becomes known as ICI Paints Limited.
1931 – The first ‘Dulux’ alkyd-based synthetic finish is produced, based on a new formulation. The brand name ‘Dulux’ was established (a combination of ‘Durable’ and ‘Luxury’).
In the early 1930s ICI bought out a local company, Naylor Brothers (London) Ltd, which had a paint factory in Wexham Road, and from then on has been one of the town's largest employers. The Wexham Road site was expanded in the 1960s and the 1980s.

ICI's best known product is probably Dulux paint, which was introduced in 1953, and the Dulux dog is one of the most easily recognizable characters in British advertising. The breed, the Old English Sheepdog, was fairly uncommon when the Dulux dog first appeared in the 1960s, but due to the influence of the adverts soon gained greatly in popularity.
ICI is responsible for over 33,000 patented inventions. Their first great invention was polyethylene, which was discovered in a laboratory accident. Other notable inventions include Perspex, Paludrine (an anti-malaria drug), and the weedkiller Paraquat.

One of the most well-known figures in the history of ICI is it's former chairman John Harvey-Jones, who joined the company upon leaving the Navy in 1956. He worked his way up through the company, becoming Sales Manager in 1965, and joining the main board in 1973. He was Chairman from 1982 to 1987, but is best known for the 1990 TV series 'Troubleshooter'.

In the 1990s the company was split into two. A new company, Zeneca, took on some areas of business, leaving ICI to concentrate on paints and chemicals. ICI Paints are still based in Slough

In 2008 AkzoNobel acquires ICI and Dulux become an important part of the world leading paints and performance coatings company.
In 2011 the Dulux Dog celebrates being 50!

Later that year a spokesperson for AkzoNobel UK said: “The closure of our manufacturing operations in Slough and our investment in a new site in Northumberland was announced in 2011. The factory finally closes in 2018


This place has been pretty well covered, and after spending over 6 hours there I had a lot of pics, so here are a few of my favourite ones.

I preferred the older part, some of the kit reminded me of old Belgian brewery vessels. 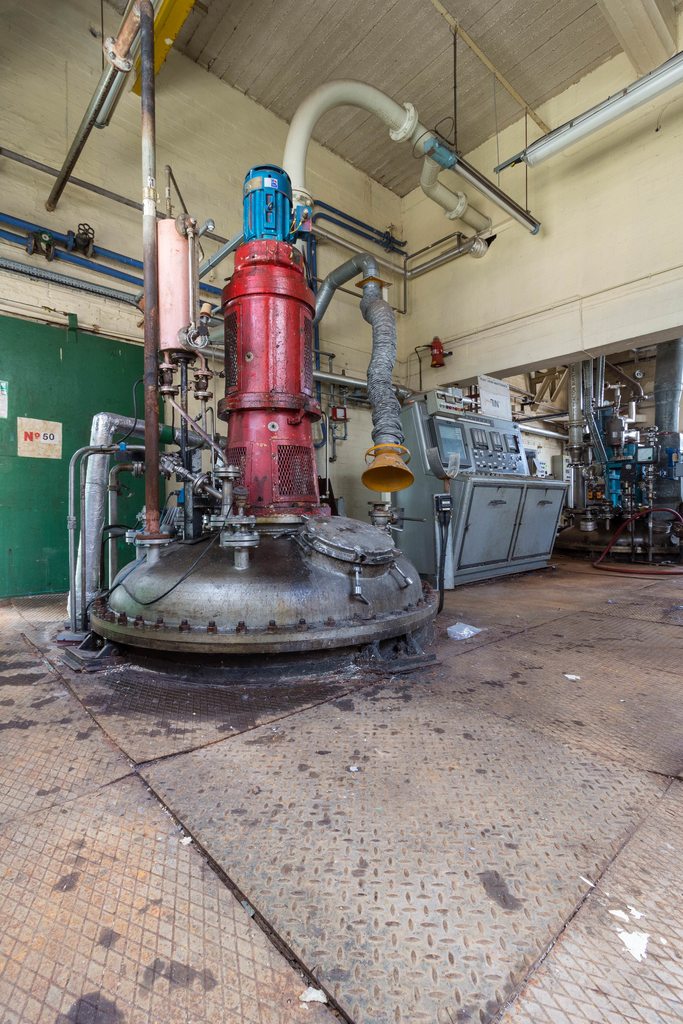 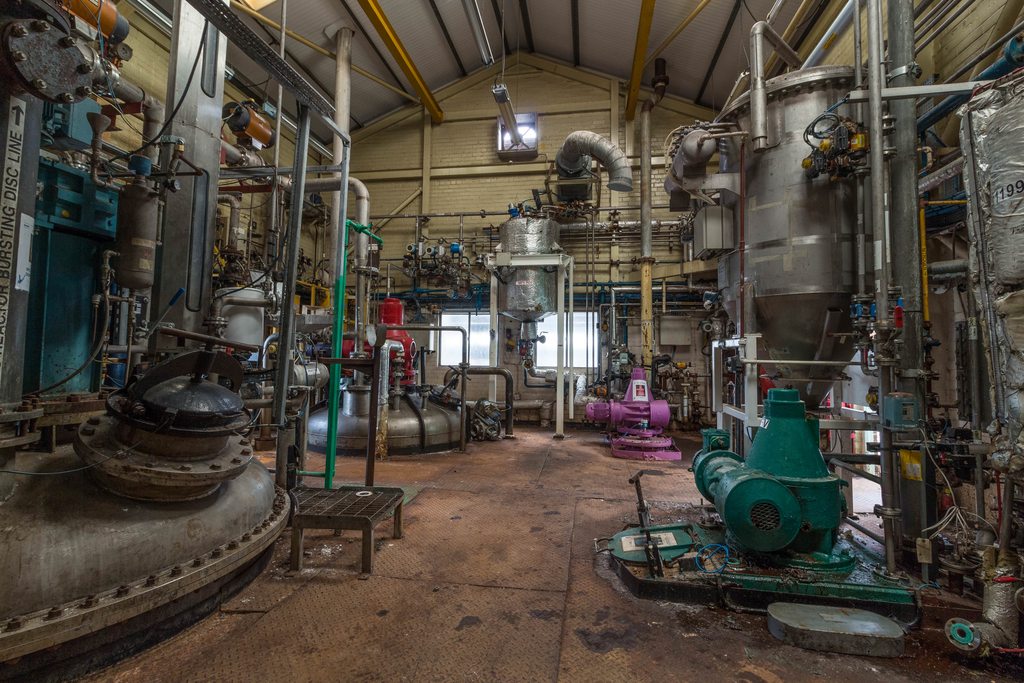 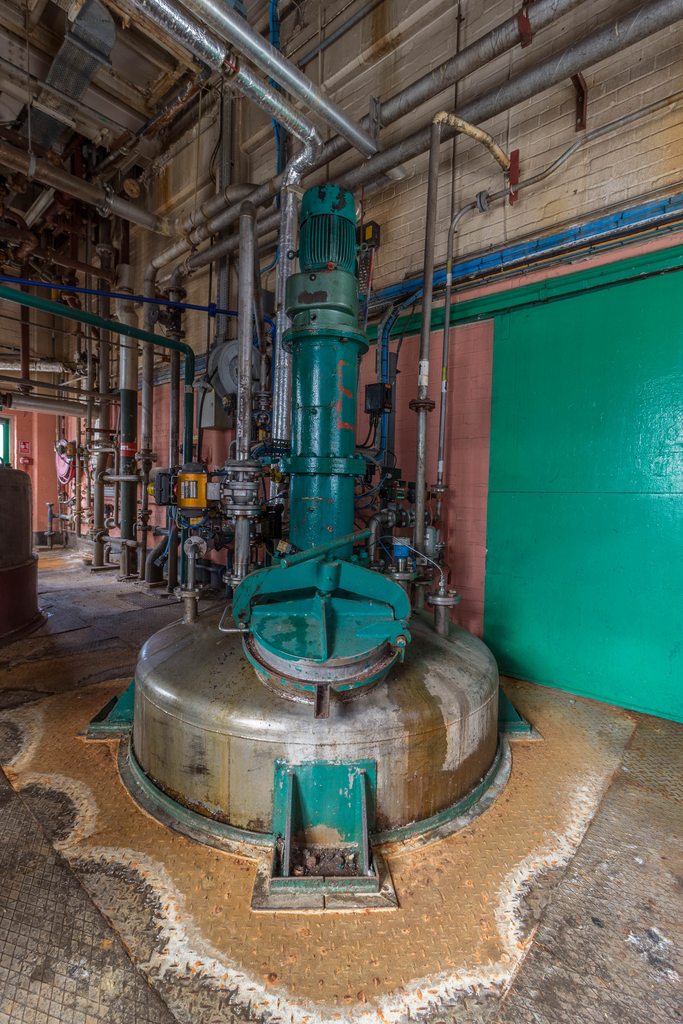 But there was a lot to see around the site. 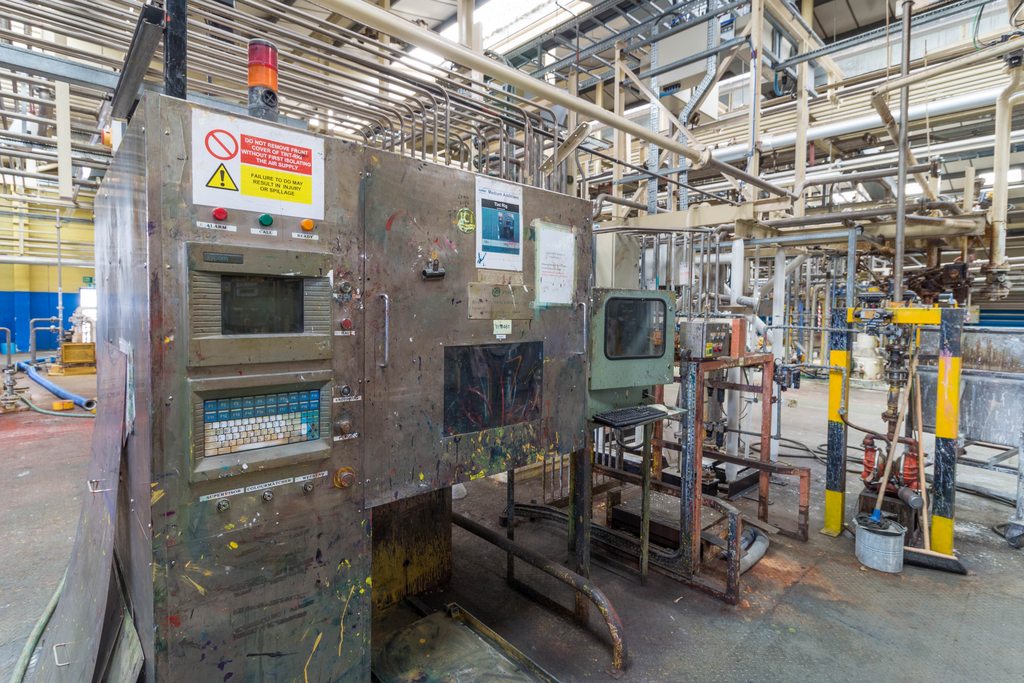 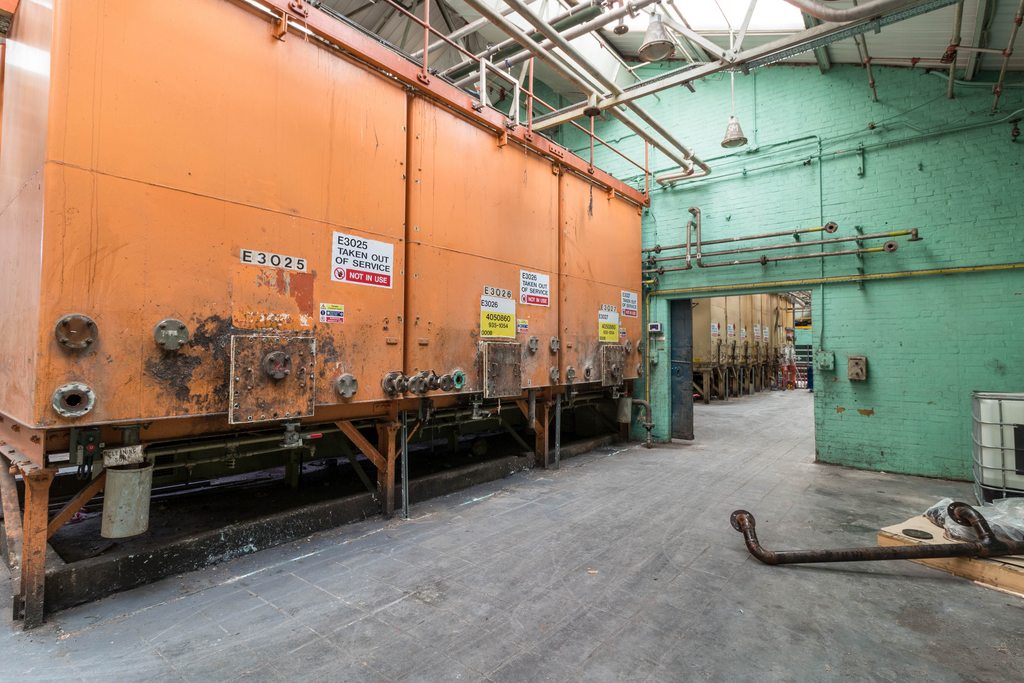 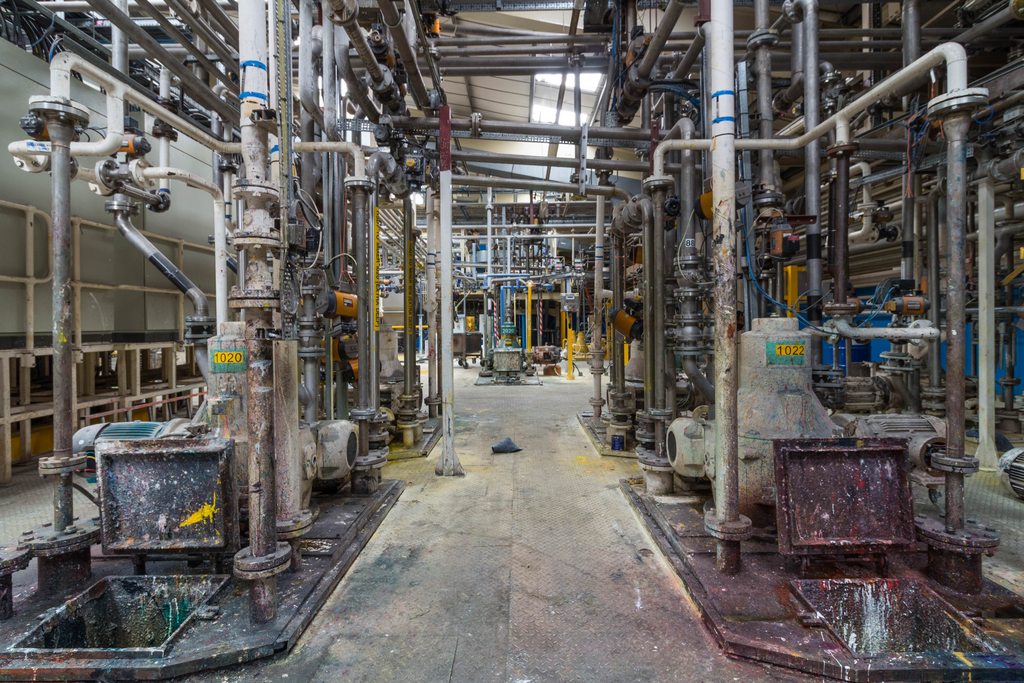 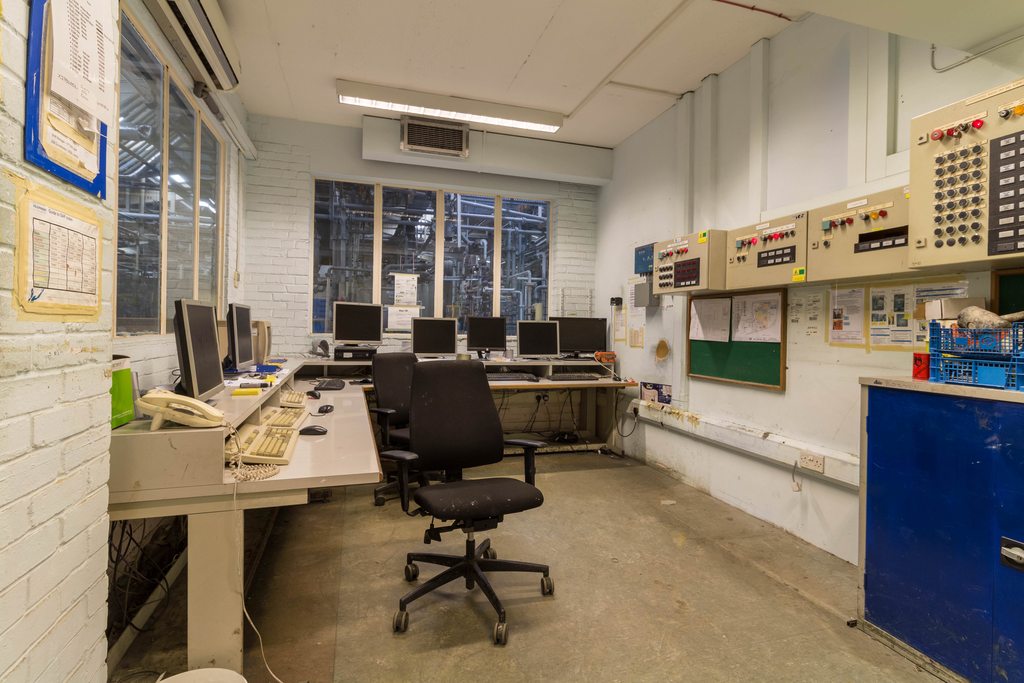 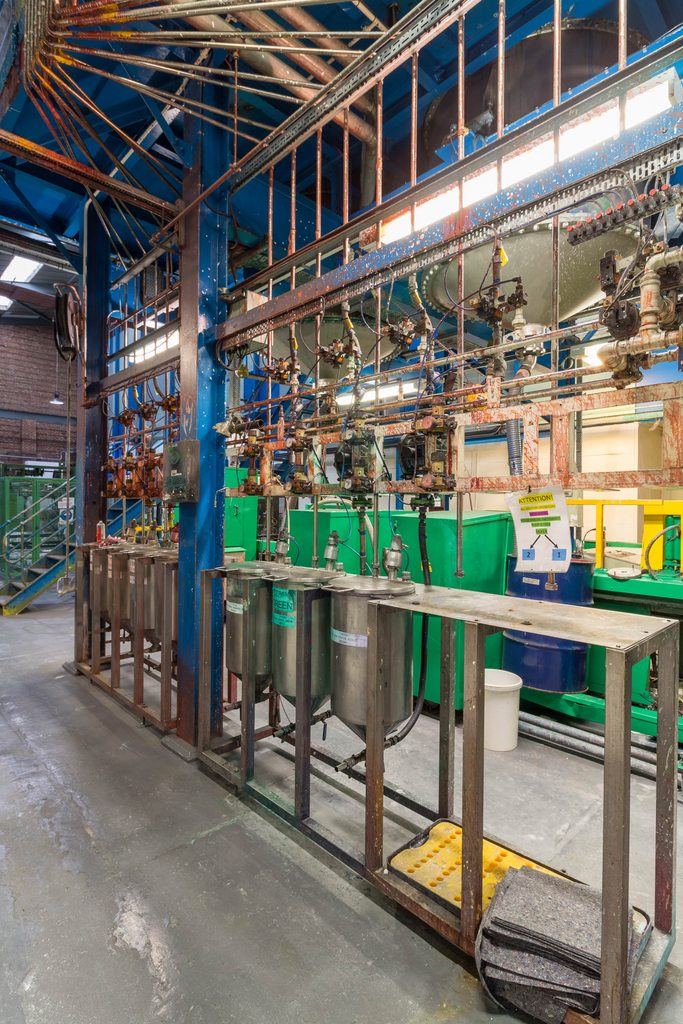 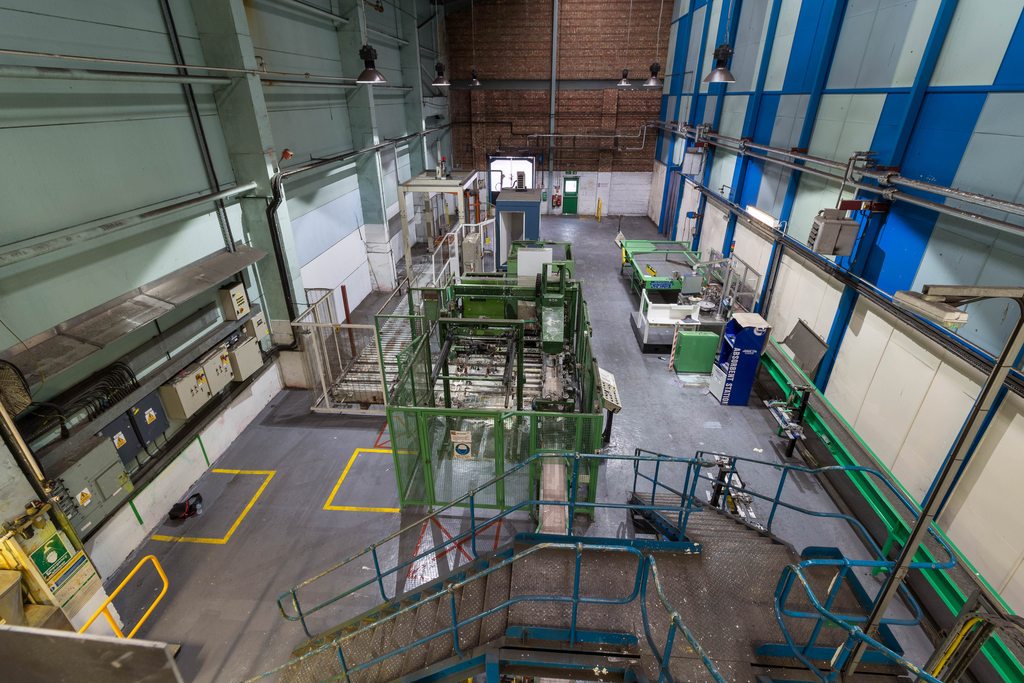 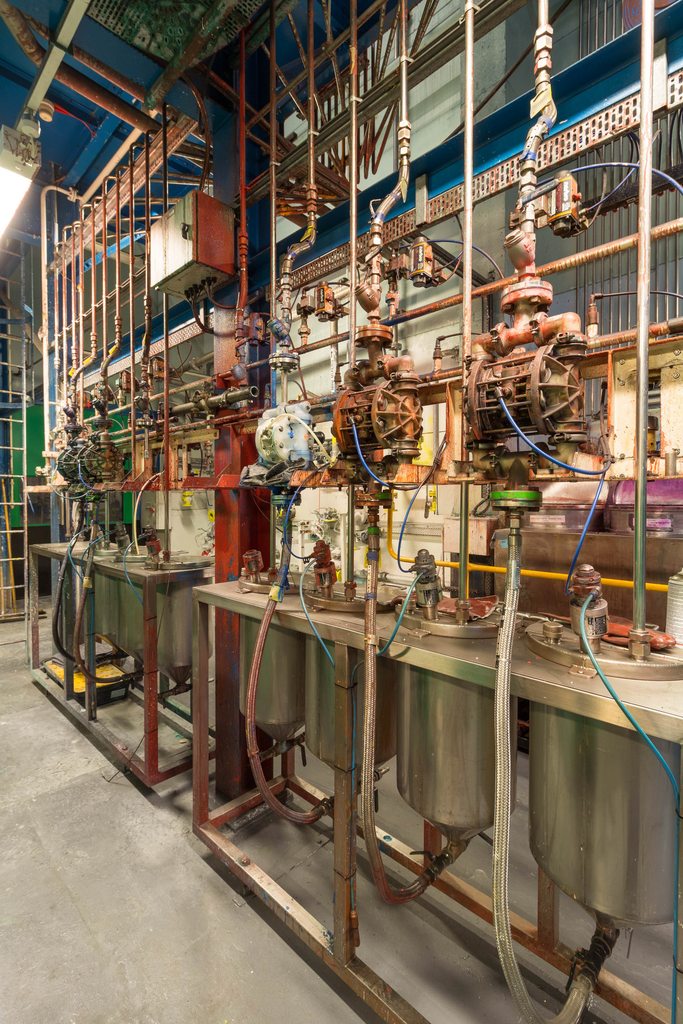 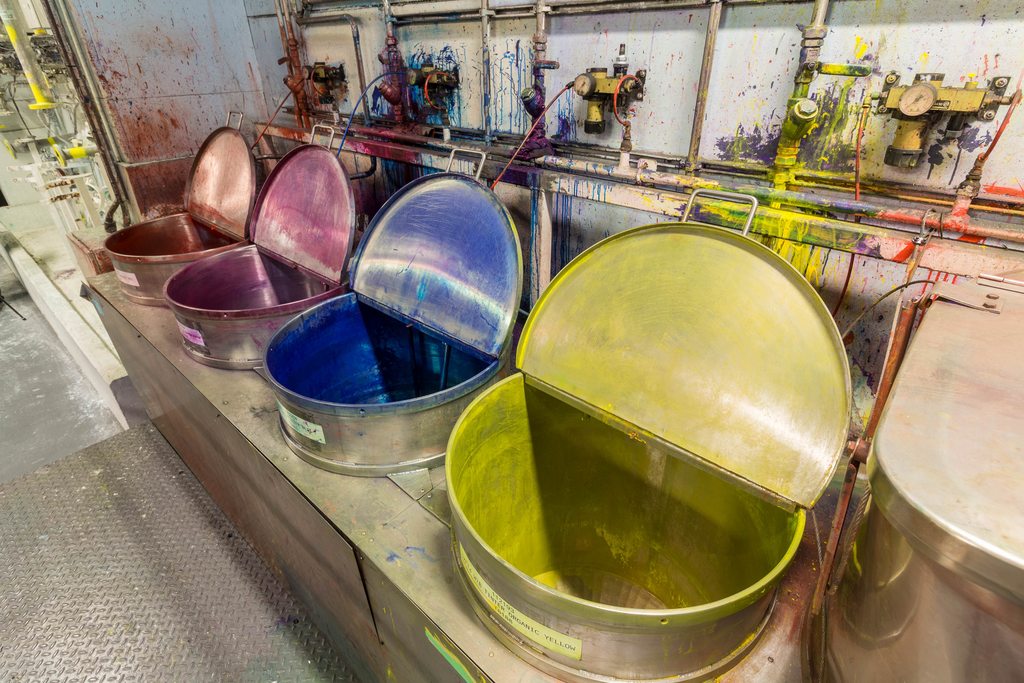 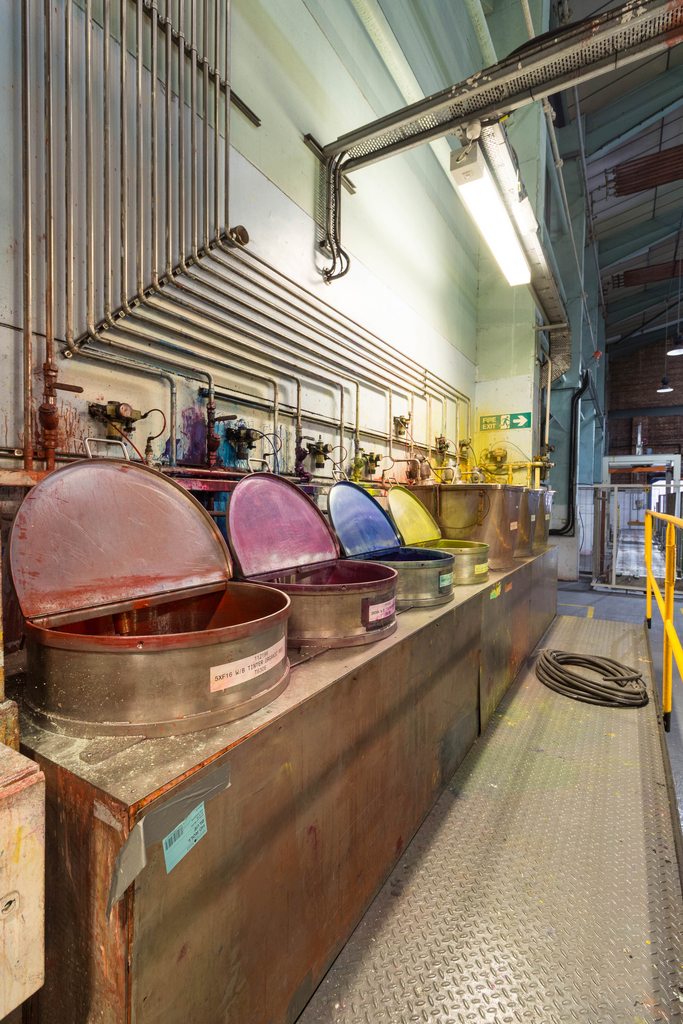 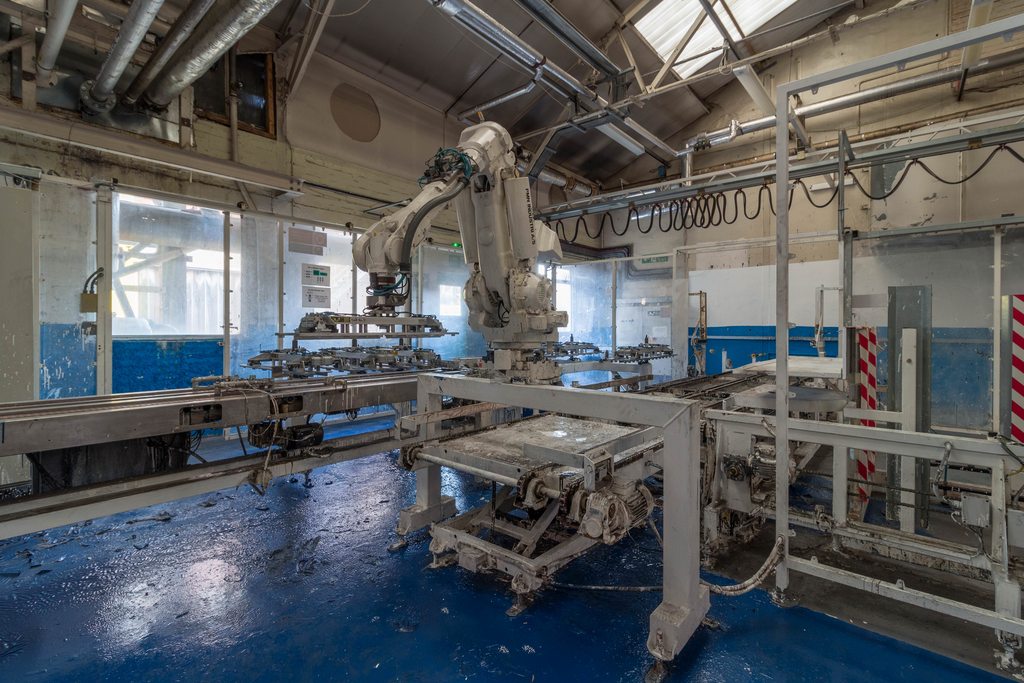 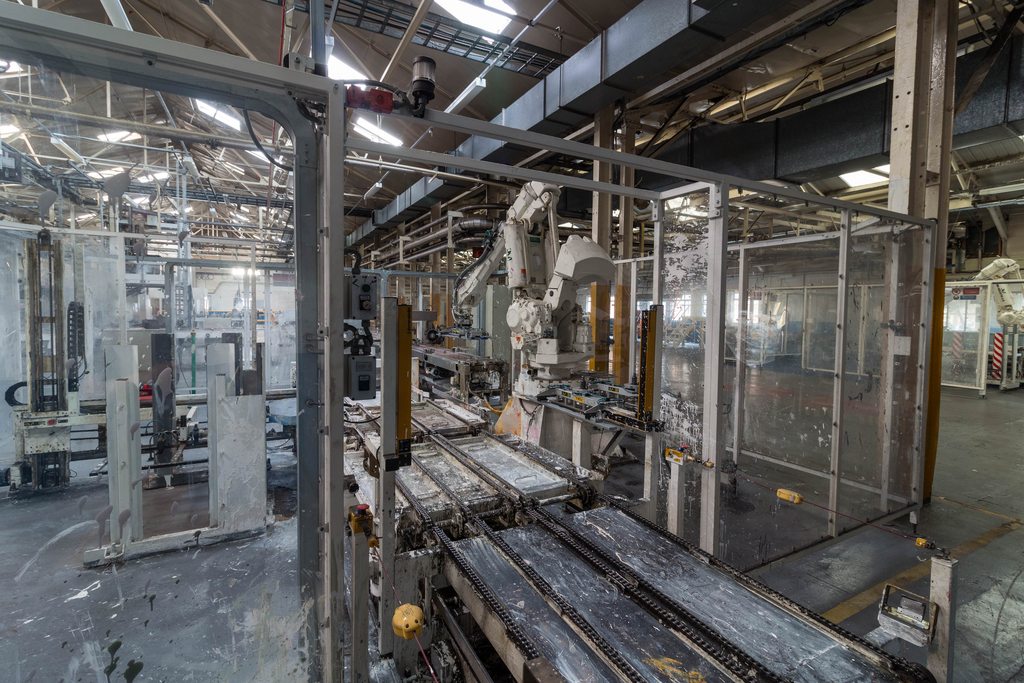 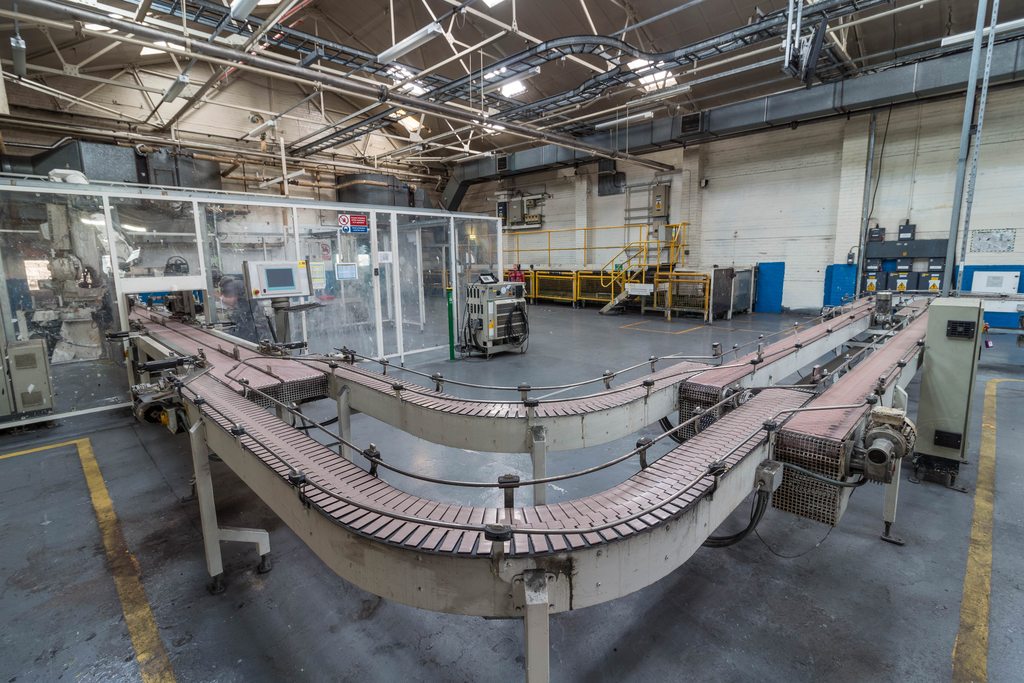 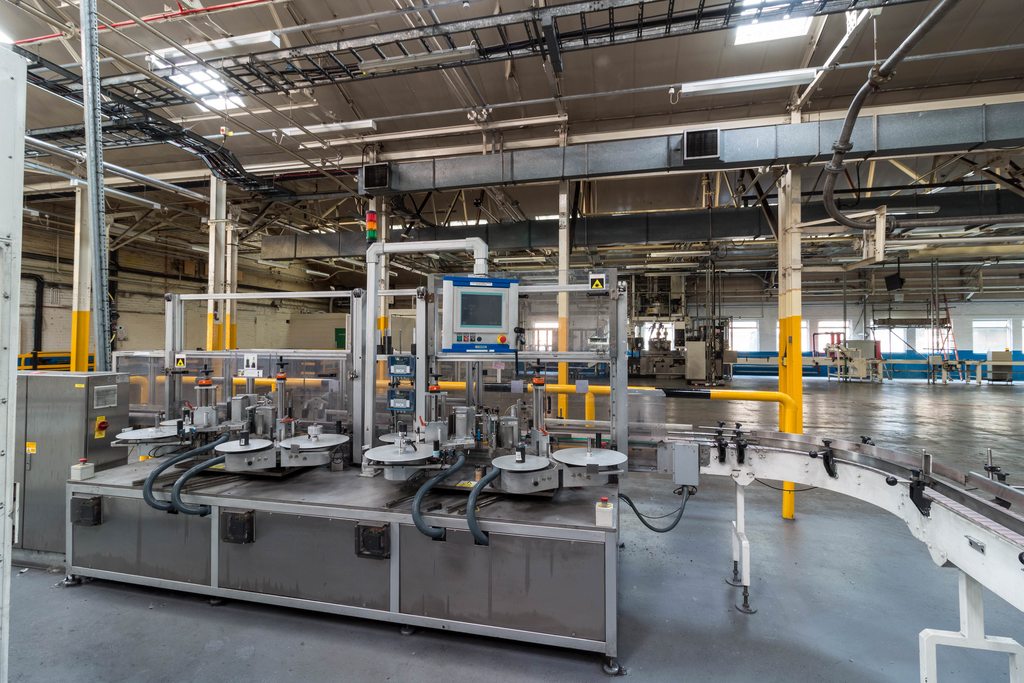 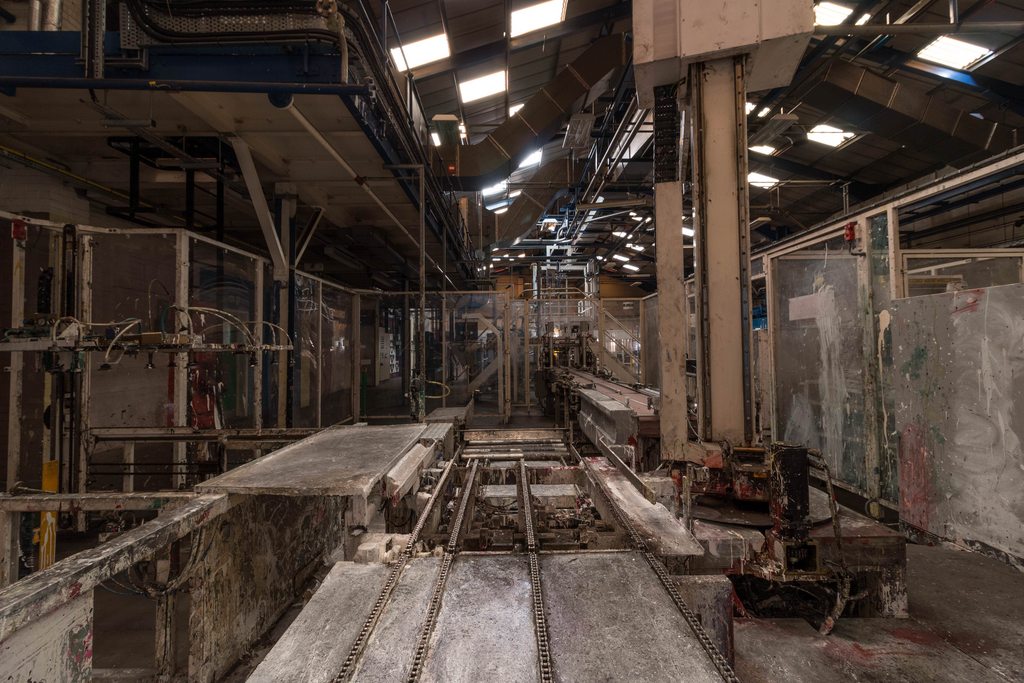 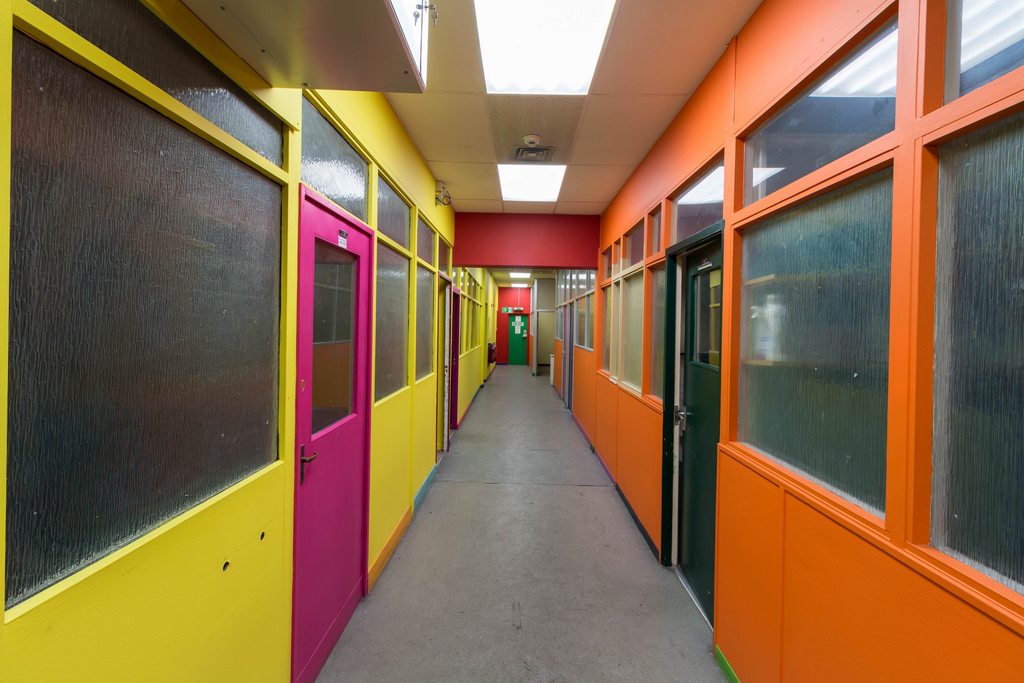 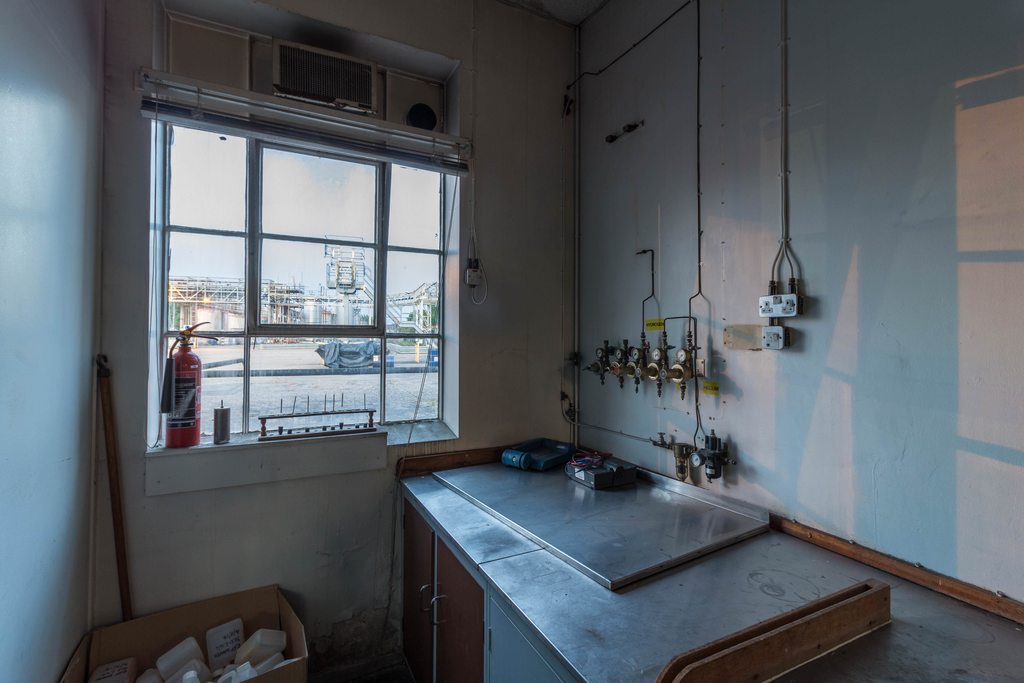 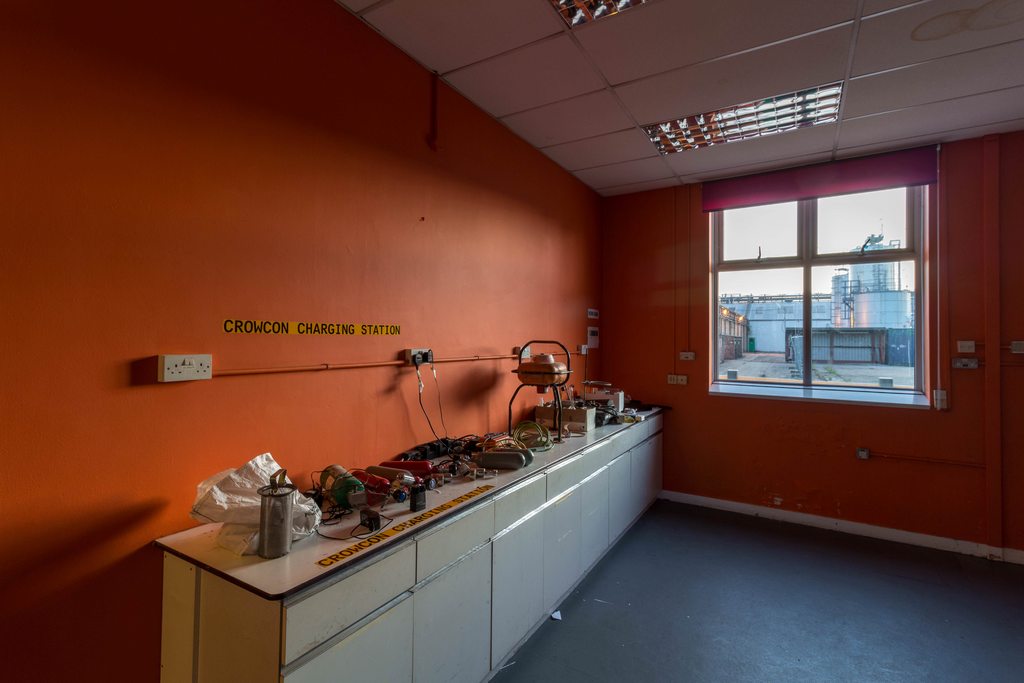 Staff member
Admin
Good to see again, thanks for sharing

28DL Full Member
Bob on the that
ㄥ丹∨工れ◯