Regular User
Marefield Culvert​
Another one from a while ago, now. Again there’s been plenty of threads (some with a slightly different spelling) so I’ll keep it brief. Pretty sure this one was on the map but I seem to remember having to do quite a bit of googling to find it and following some cryptic clues as it’s in the middle of nowhere – urban exploring in the wilds of Leicestershire!​
The culvert carries a small stream, which is a tributary of Gaddesby Brook, under a disused but large railway junction on the former Great Northern and London and North Western Joint Railway (what a mouthful that must’ve been!). A wiki link below gives a bit more detail (or confusion) about what lines were built, where and when they were extended.​
https://en.wikipedia.org/wiki/Great_Northern_and_London_and_North_Western_Joint_Railway​
The western branch of the junction went off to Leicester’s Belgrave Road station and was added in 1883. Perhaps that is why the culvert changes direction and style and splits into two around halfway​
I remember driving down these tiny country roads, having got an idea of where I expected it to be. Not long after parking up someone in a landrover defender asked me what I was up to. I think he thought I was poaching or hare coursing or something.​
“Na mate, there’s a culvert round here under the old railway line somewhere, I think, past them trees”​
“what on yer own at night?”​
“well yeah, do yer mind?”​
He soon left and I soon found it.​
I really liked it and the pics were OK, that’s why I’m posting it now. Apart from the pics, the only other thing of note I remember is more than one bat trying to get past me in the right-hand tunnel (when walking upstream) They were getting very close but somehow missing me, sonar or something, bit freaky though! Enjoy, jpegs only here, no fucking about!​
Outfall​ 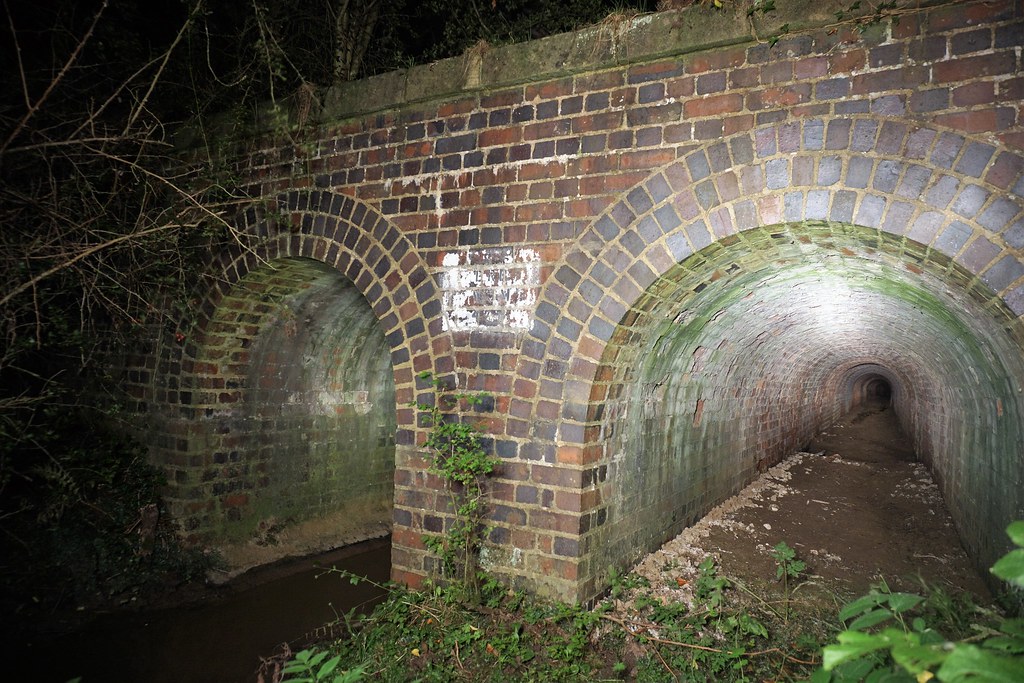 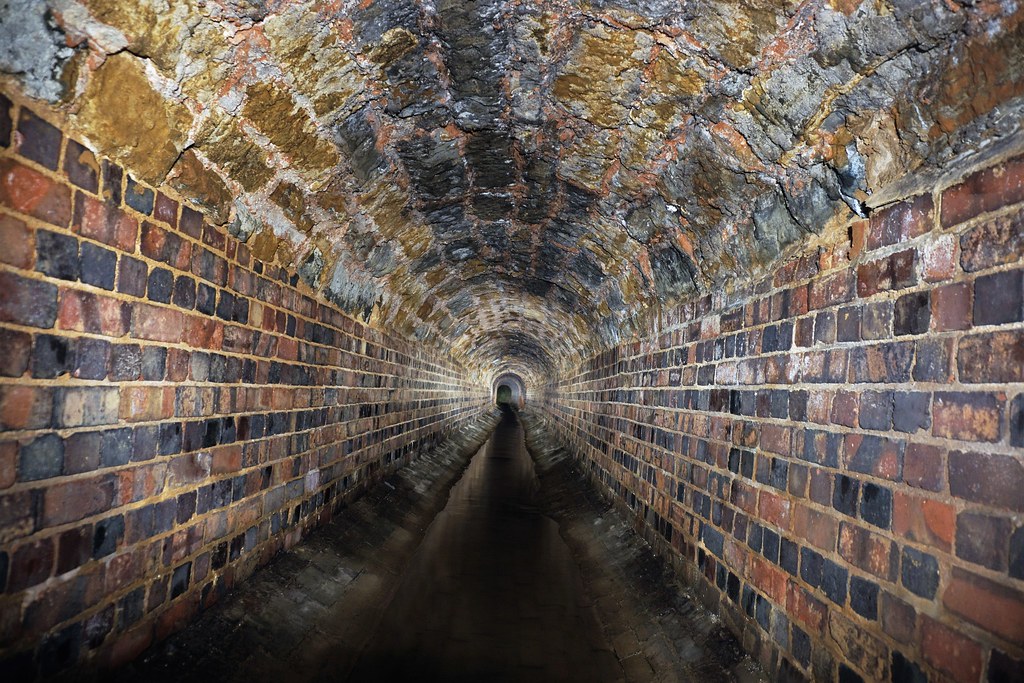 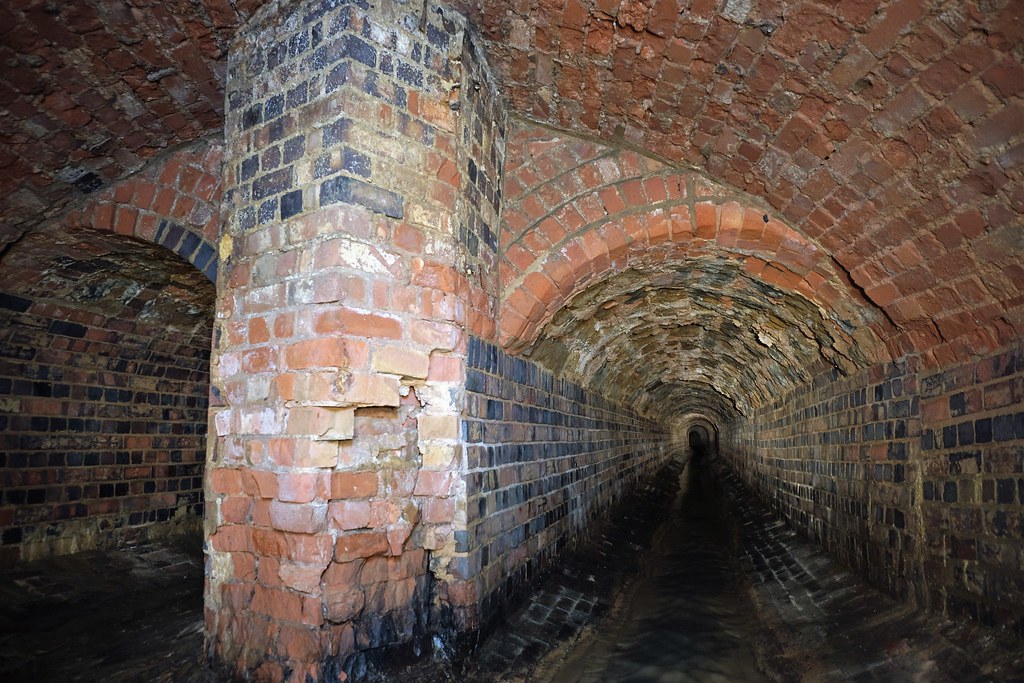 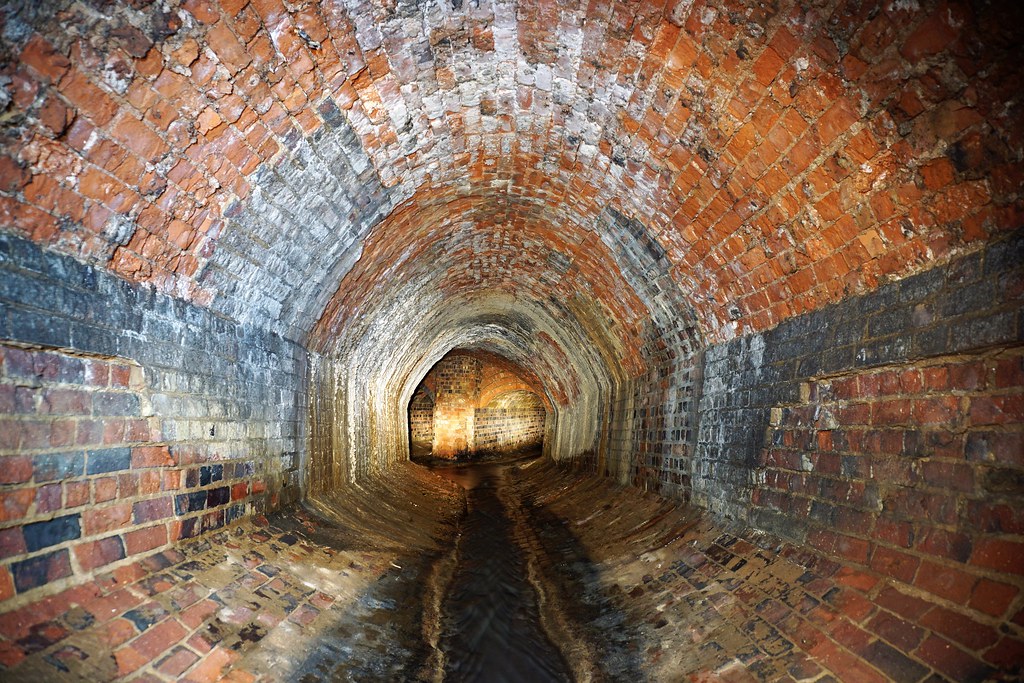 Looking upstream towards the infall​ 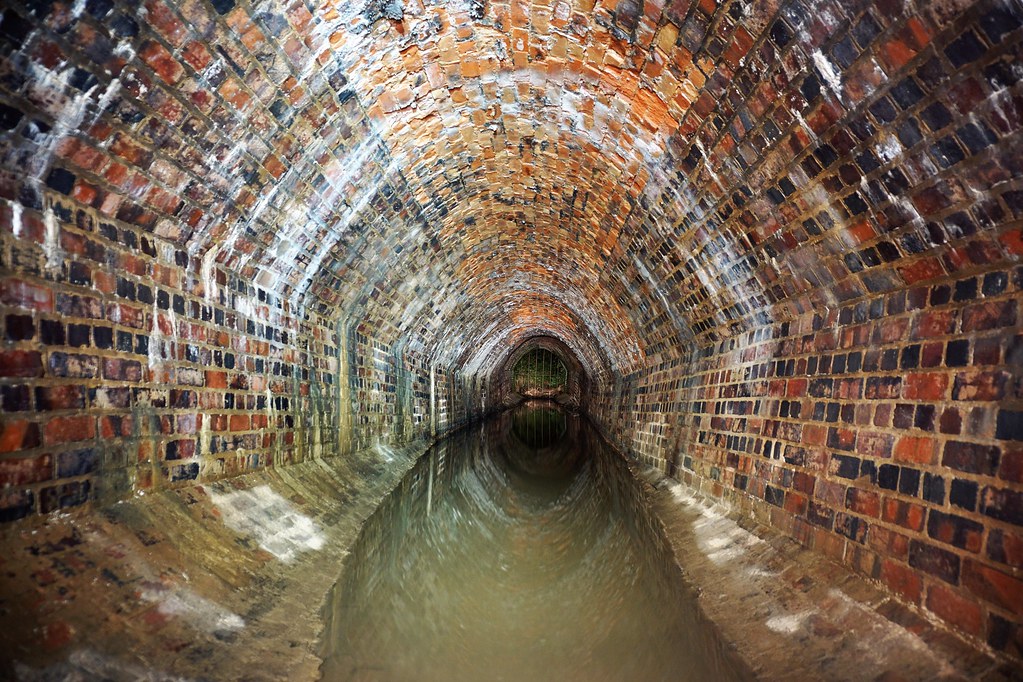 And downstream from it​ 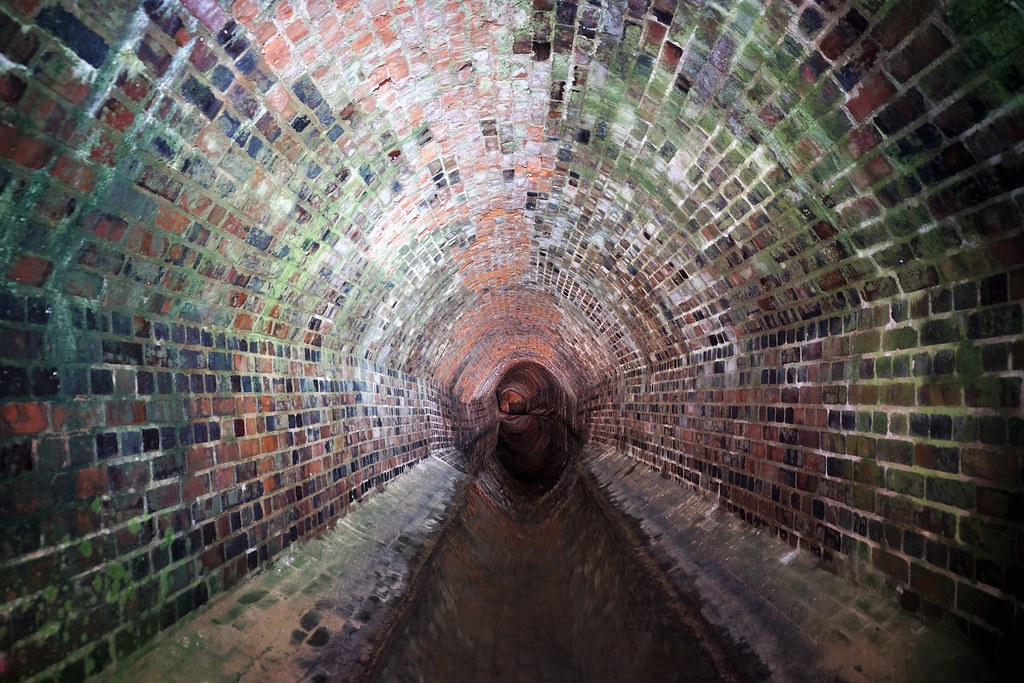