Regular User
---- Going with the theme of lockdown reports from the archives! ---- 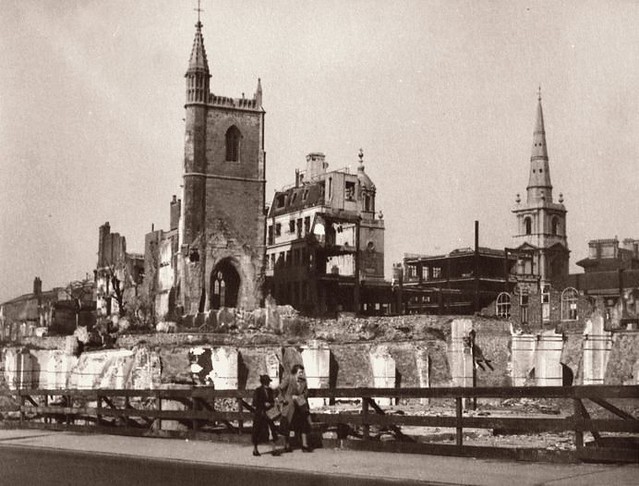 St Mary le Port is a ruined parish church in the centre of Bristol, England, situated in Castle Park on what remains of Mary le Port Street. It is said to have been founded in Saxon times after Anglo-Saxon foundations were found during archaeological excavations and Saxon pottery was found nearby. The church was rebuilt and enlarged between the 11th and 16th centuries. During the 19th and early 20th centuries the church was a very popular centre of evangelical, Protestant, and Calvinist teaching within Anglicanism.
The church was bombed in the Second World War on 24 November 1940 during the Bristol Blitz.
All that remains of the church is the 15th century tower, a Grade II listed building, and a Scheduled Ancient Monument which during the latter years of the 20th century was surrounded by the buildings of Norwich Union and the Bank of England.
Click to expand...

One of central Bristol's most popular parks, Castle Park, actually boasts two old churches. The one that any local will recognise is St Peter's Church. This sits virtually bang in the middle of the park and is often seen surrounded by skateboarders and parkour practitioners alike. This is out of bounds to the public, as it is unsafe. 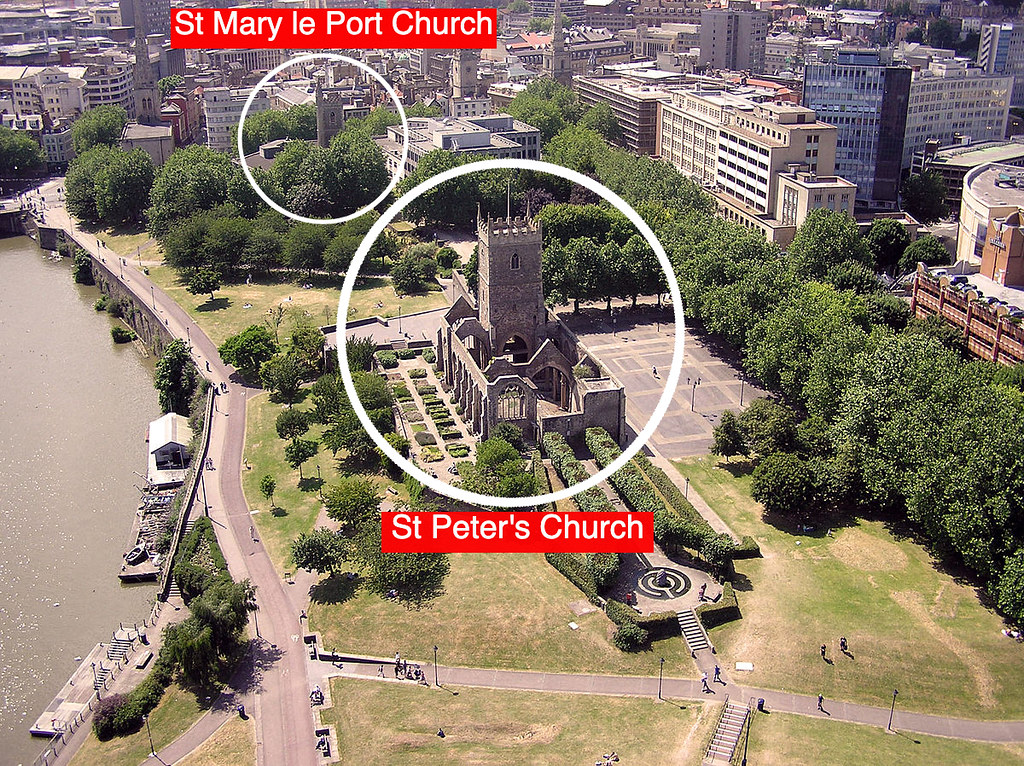 One thing these churches have in common is that they were both bombed during the Second World War. St Peter's Church faired much better than St Mary le Port however, as all that is left standing of the latter is the grade II listed tower. This tower sits on the west side of the park, and is surrounded by two abandoned buildings! You couldn't make it up eh? One is a former Norwich Union building and the other is the old Bank of England, both of which have been closed for a long time. The Bank of England building is attached to a live Lloyds bank office so is fairly well looked after. The NU building sits dilapidated and neglected, having been the target for a fair few fires and break ins. In front of the NU building is an obelisk which leads to an underground cellar - see here.

The church tower in the background, with the Norwich Union building in front: 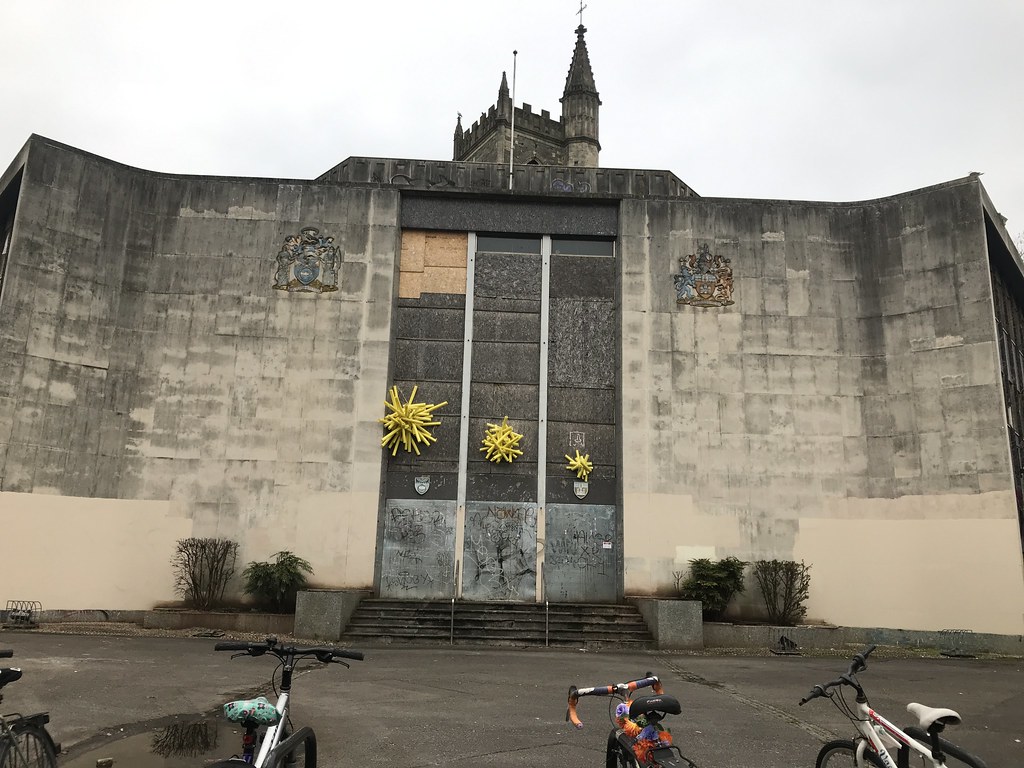 Barely visible from the road, the church tower is still standing. It's fenced off from the park, and has seen its fair share of squatters both around it and inside it. It's a sorry state of affairs around here, but it's one positive that it is still standing full stop. It's a real part of history this, which is why it was rather nice to get to see the inside and indeed the top of it.

With the help of @tallginge, we used the drainpipe left inside the tower to rope up. Being a total noob at this I really owe him for setting this up and making it possible. There was some rope going into the tower at the bottom which suggests that others have done a similar thing in the past, although I've never seen any photos of it happening. @WhoDaresWins decided to stay at the bottom, and whilst we were up there he headed to the roof of the Norwich Union building to get some snaps of us from there. Feel free to add some here if you have them to hand dude.

Going up...
(these were taken on the phone so quality isn't great) 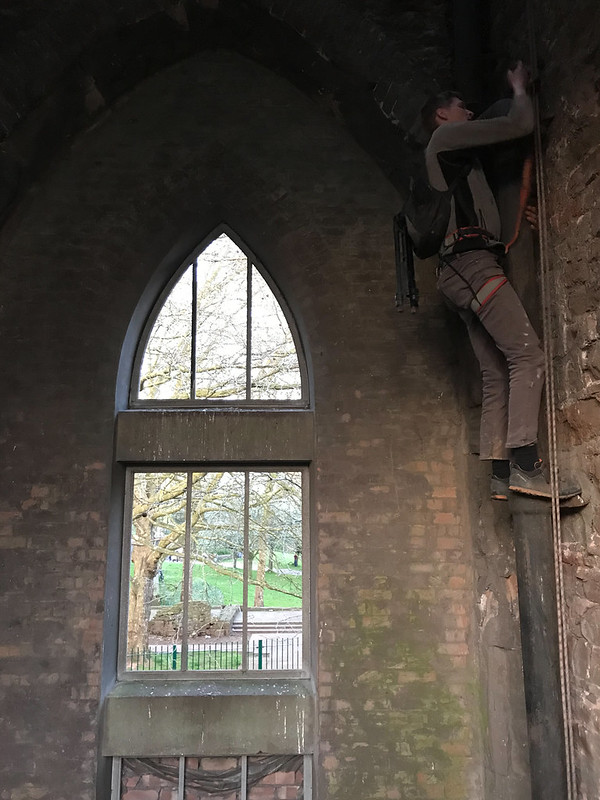 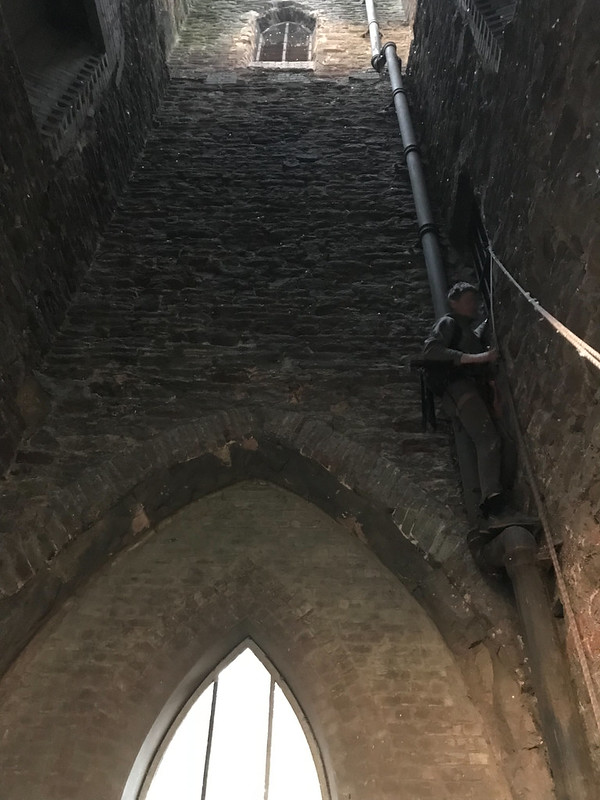 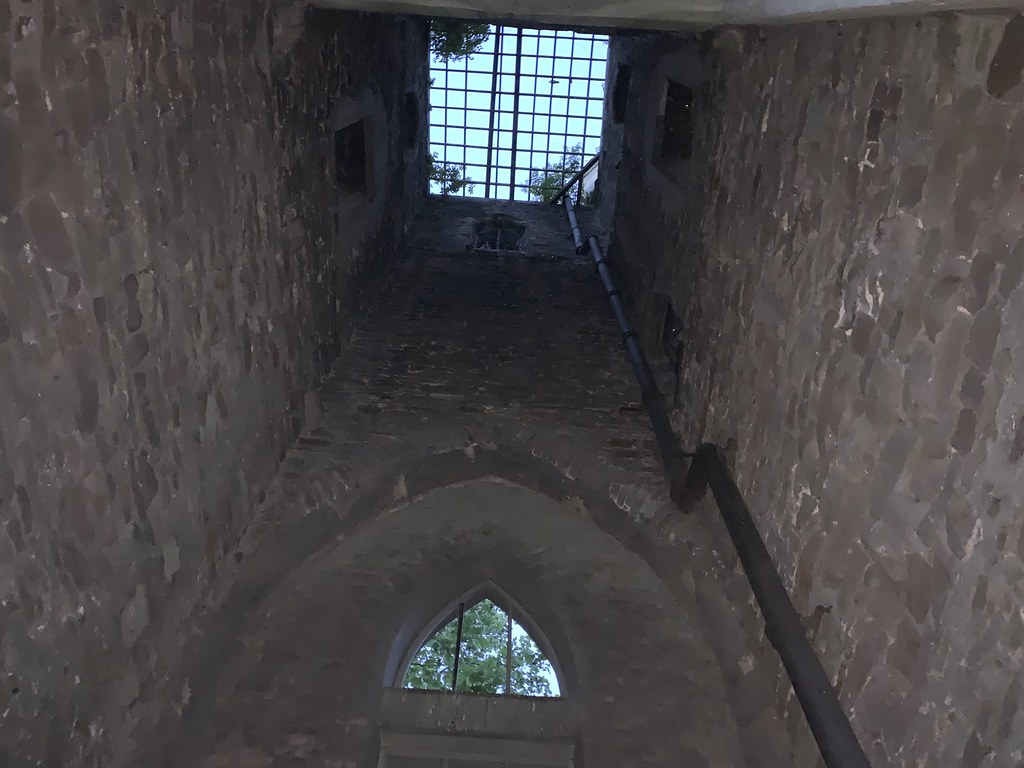 And on top...
CUE 8MM (was in that phase of my life) (editing isn't great but couldn't be arsed to redo them) 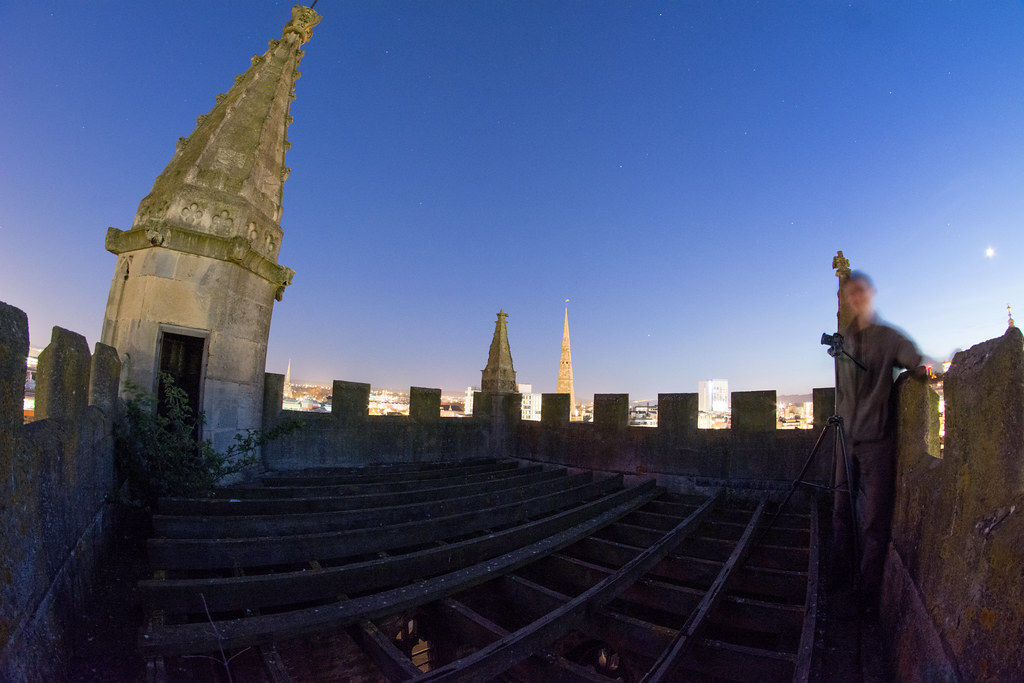 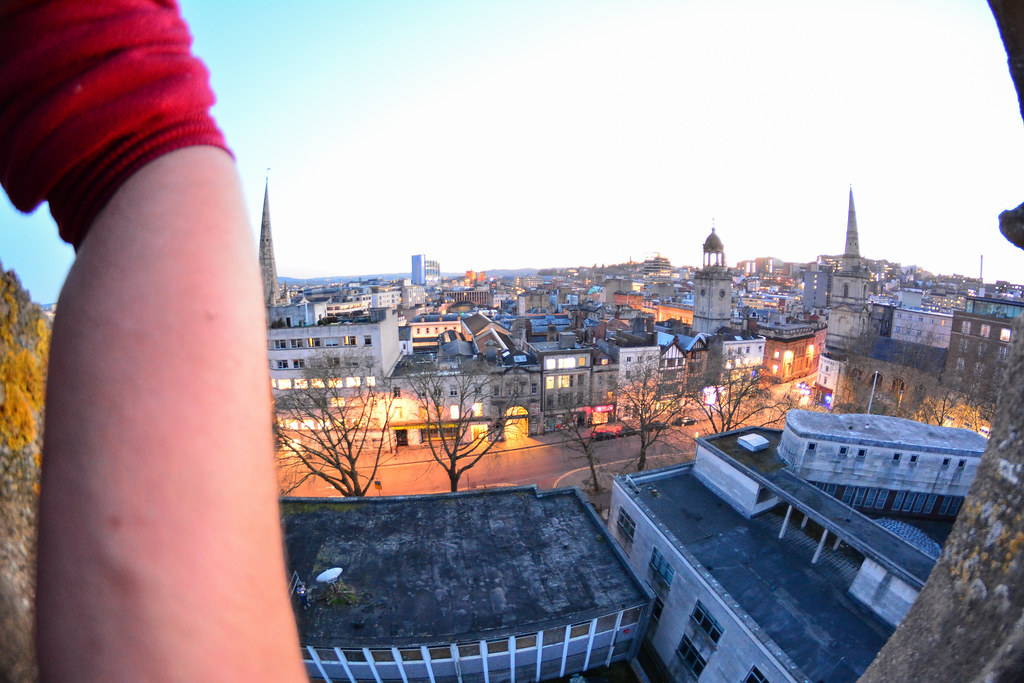 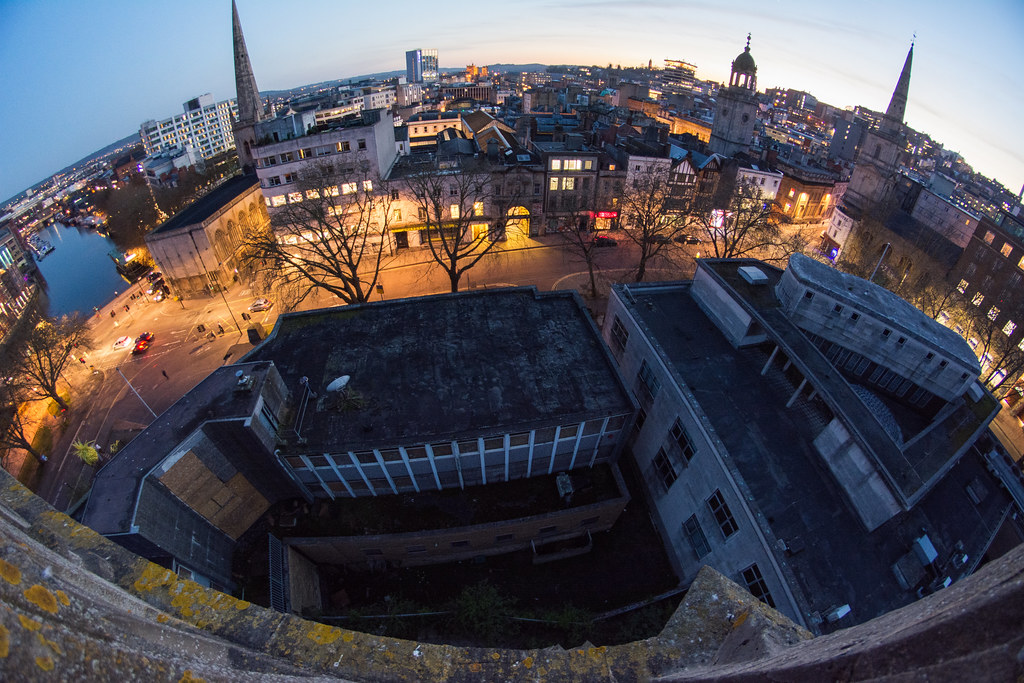 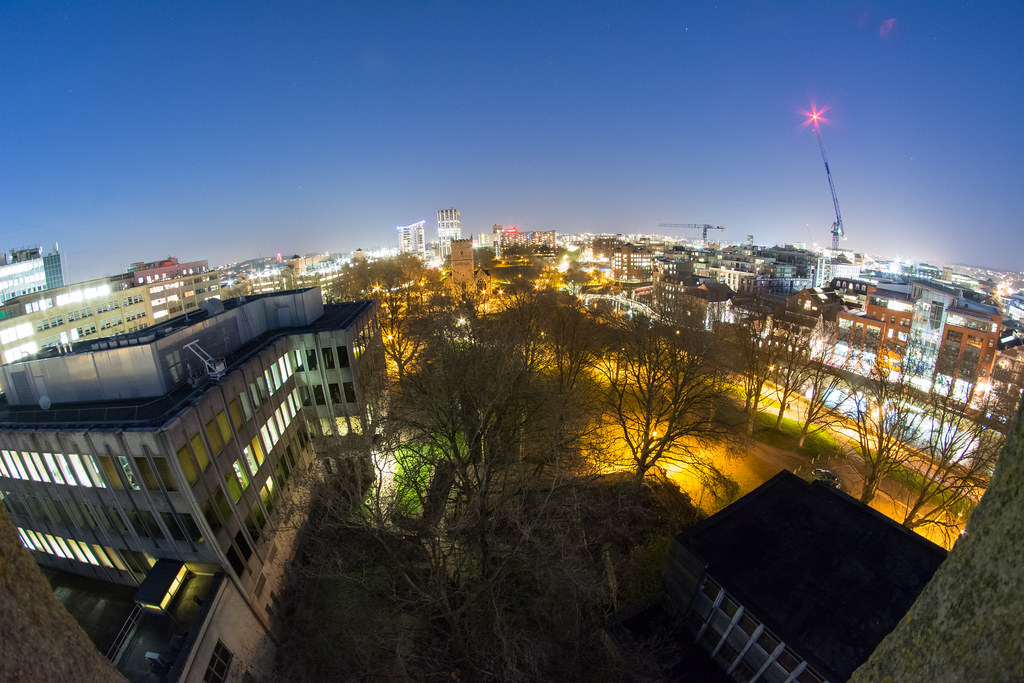 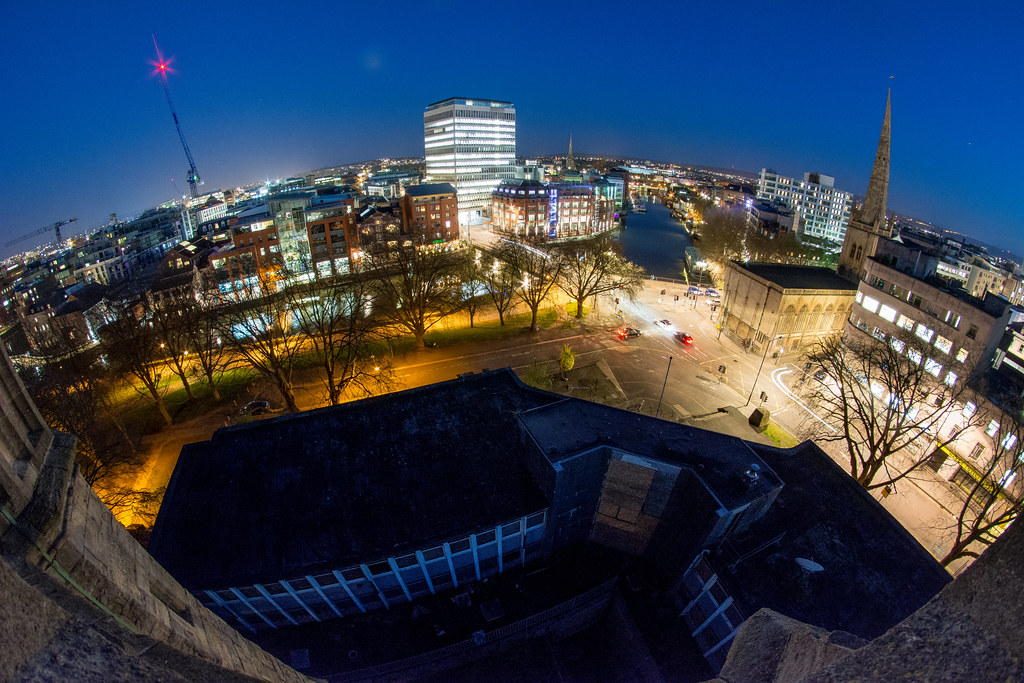 Sadly all didn't quite go to plan. After a successful descent under the watchful eye of Ginge, I decided to try and make my own way up onto the window ledge to climb back out. As I neared the ledge, I took the hand of WDW who was waiting to pull me up. I hadn't realised my hand was so sweaty, and due to this I ended up losing his grip and falling to the ground head first as my foot was still stuck in a ledge on the wall. Thankfully I managed to get my hand down first so that was the point of contact with the ground, not my head, but it still made for a rather mangled hand which took a good few months to recover!

What I landed on - with Ginge hastily packing up the equipment: 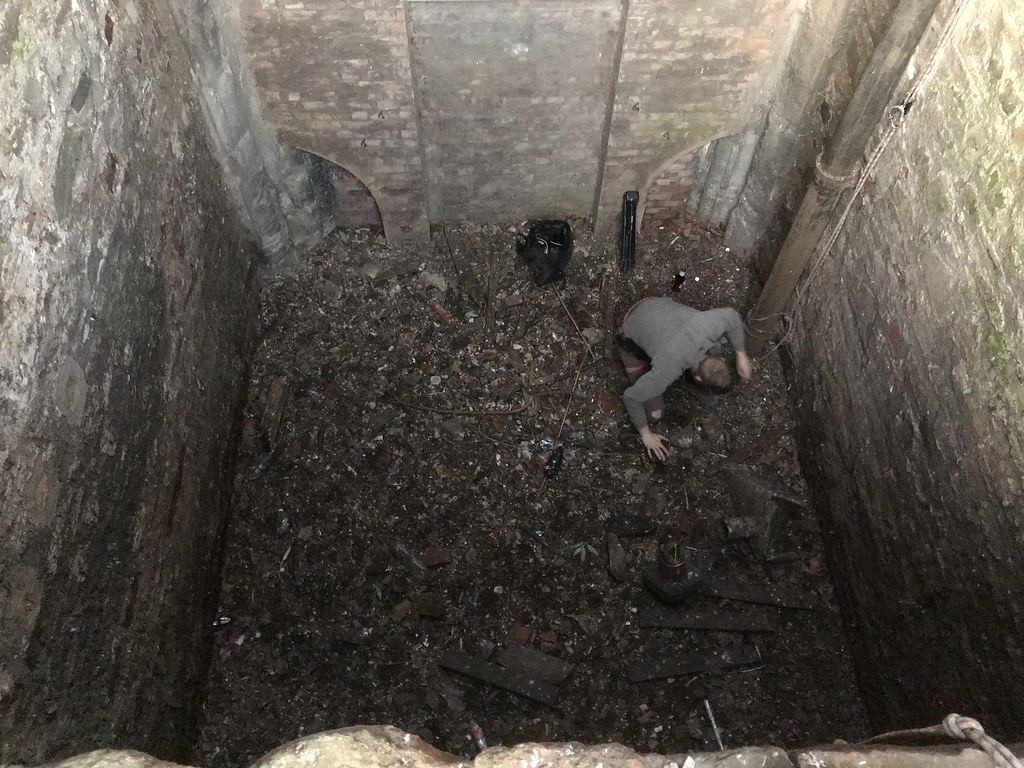 Anyway, thanks to the efforts of the others and all their strength I was out of the window and over the fence. Cheers guys - you really helped out a moronic friend there :)​
Blurred Boundaries - 'busting Bristol wide open' - Louise 2012
SERVE CHILLED, LIKE SOMERSET​

Regular User
Haha nice pics mate, was a pleasure taking you up there. Such a cool spot if a lil tricky to get to. Church tower drain piping at its finest. Glad you managed to pull yourself up to get out after that nasty fall - what a mission that could've turned into. Hope you's are all good

Never fun doing a fall when your foot is still wedged in something
http://www.ravenwing93.co.uk

Regular User
Good stuff! Shitty fall tho from the sound of it..
https://analogparalysis1978.com​

28DL Full Member
tall ginge again , he gets about down drains up towers , say hello to him from thurston christoff , also i can recall when tall ginge was a mere nipper now he's 7ft tall

Regular User
Nice report, views are great. The fall not great. Sounds awful, just glad you had help with you.
C

Regular User
Great day this! I’ll dig out some photos of you up there from next door.
www.strayoffthepath.co.uk

stoff urbex said:
tall ginge again , he gets about down drains up towers , say hello to him from thurston christoff , also i can recall when tall ginge was a mere nipper now he's 7ft tall
Click to expand...

Christoff hey man! Not about, up or down much atm - have ventured out of the house tho, dare I say it! Hope yer ok bud