Regular User
Ok, so I wasn't going to do a report on this as its a little reminiscent of an "Abandoned Orchard" urbex report that garnered much scorn.

However, it is so beautiful and quiet and overgrown and abandoned.

There is a slight sense of fear and awe as you walk along the high mountainside, the trickle of stones a constant reminder of exactly why this road is closed, the large cracks in the mountain face just looking like they are going to drop at any second sending tonnes of rock tumbling down over us.

We arrived early evening, unsure if we were just about to derp a stupid pointless abandoned road or if this may just be something a little special. Our first point of access was in the French equivalent of Royston Vasey and the second they saw a GB plate car you could feel the "this is a local place for local people" vibe emanating from the locals as they warily emerged from there local homes to peek at the unwanted outsiders. We just knew that one step outside the car would result in some fucked up shit, visions of being tied up in a cellar awaiting our deaths whilst the locals dined on fresh "special meat" was not on our agenda and so we beat a hasty retreat.

Having narrowly escaped the clutches of French Edward and Tubbs Tattsyrup, we stealthed our way back to the other entrance (ok we just turned around and drove away very fast) and decided to make our move. The gate was a little higher than I liked but as ever Jobs gave me a foot up then shoved my arse over the top and boom I was in, happy days. It really is a pretty walk up and the scenery was awesome, so we meandered along until we saw the gates to hell (French Royston Vasey) and decided to turn around before we were spotted and hunted down by the hungry locals.

The road was constructed between 1844 and 1851 and was designed to alleviate the isolation of the village of Vercours. Building the road allowed them access to the Southlands of France (and bigger scope for a hunting ground based on our experience lol). It was a very narrow track and fatalities were not uncommon, in places, there is a sheer drop down the mountainside and having originally been built for horses and carriages you can tell it definitely isn't designed for today's traffic. It's a high and steep road with no guard rails, passing oncoming carriages and latterly motorised vehicles were dangerous and time-consuming. After 156 years of leading travellers through the mountains by its winding and narrow road, the French government was forced to permanently close the historic road in 2005 after a series of fatal accidents. This scenic road now is bypassed by a tunnel. Today the old road sits abandoned and untravelled. Not even cyclists or hikers are allowed to venture its long and winding route. While there are rumours that it might re-open for such purposes, the tourism office maintains that Les Grands Goulets and its spectacular sights are closed forever and closed to all.......well not quite all :) 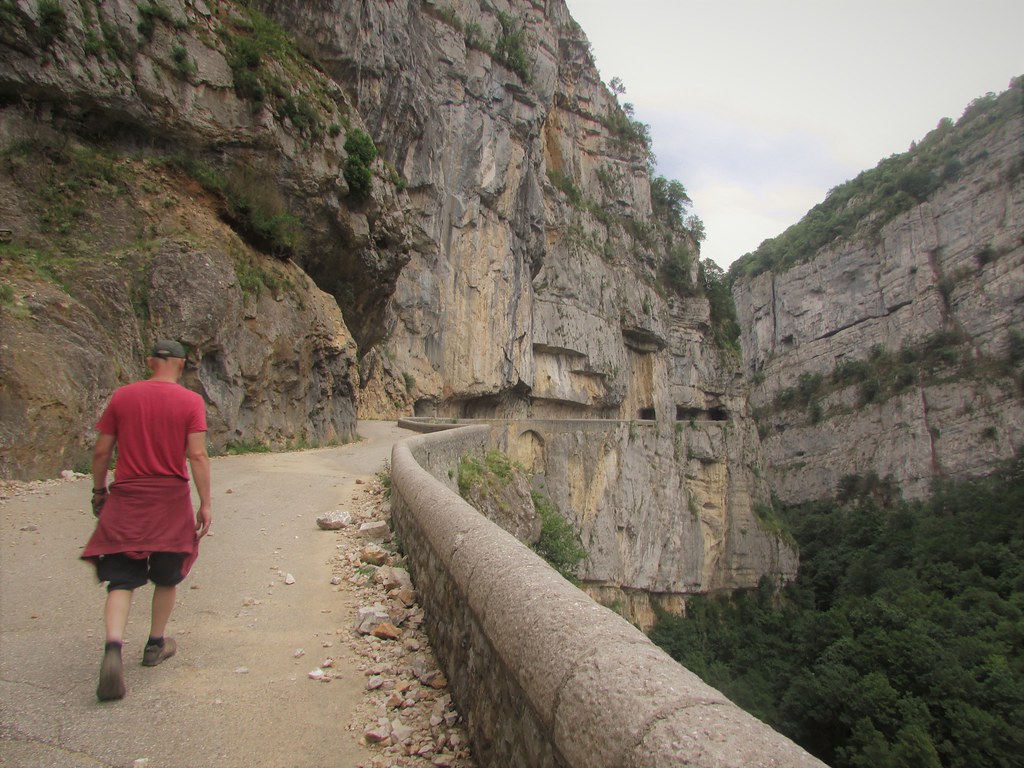 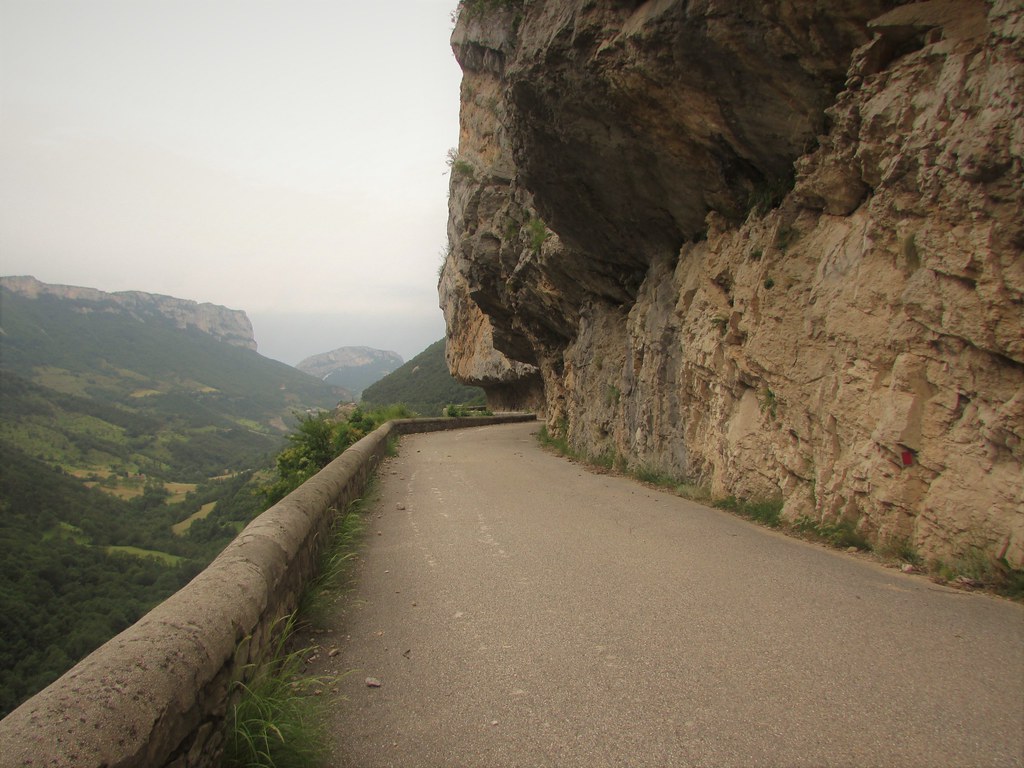 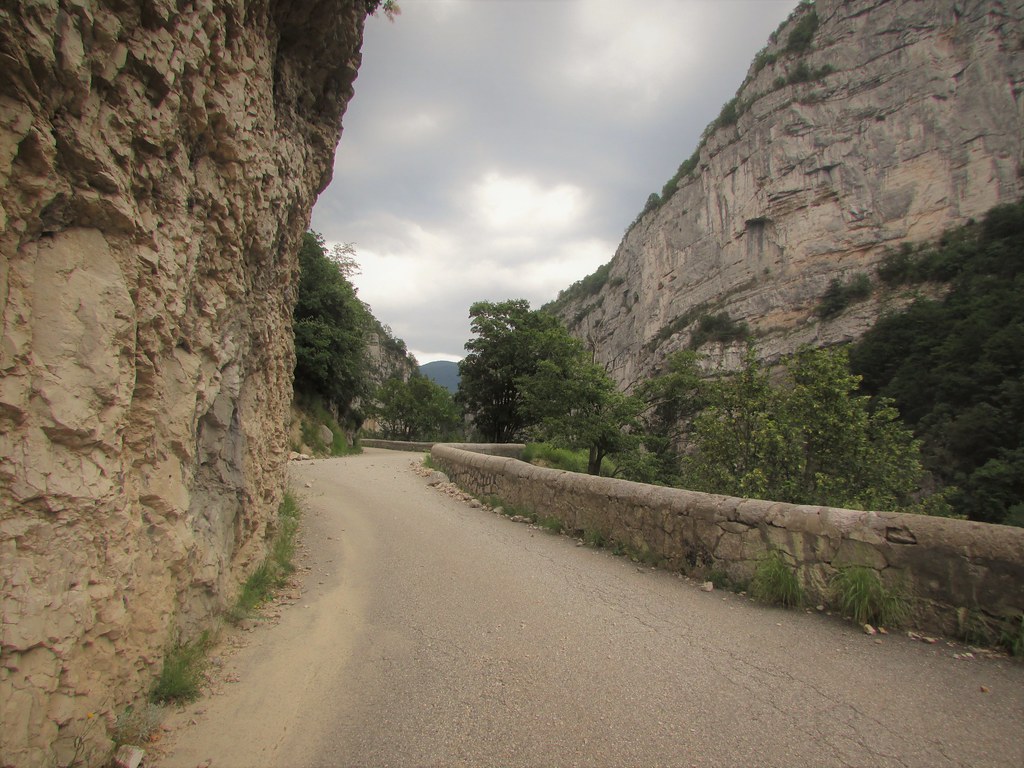 Regular User
Disappointed by the lack of derp trees, but a derp road shall suffice I guess.

That does look like a decent wander though, and you got some lovely shots!

28DL Full Member
Absolutely love this, some amazing shots there

Regular User
I'd love to go for a ride along that

28DL Full Member
Nice report and some great pics to go with the history. Extra gold star for the League of Gentlemen references too!

Regular User
It's an amazing feat of engineering that beats a dead tree by miles and you've covered it well.

Regular User
Thanks folks it was a proper nice little bimble and I glad we avoided the clutches of the scary locals lol
Here are the rules; there are no rules.

Regular User
That’s nice. I like it!
eating seeds is a pastime activity.

28DL Full Member
That's ace. Sure I did that road on Gran Turismo once...

28DL Full Member
Wow! What a great place for a wander! I'd love to go there, very scenic.
Thanks for sharing!
K

28DL Full Member
Would you know how long this road is, it’s stunning, what a shame they closed it

Kendog said:
Would you know how long this road is, it’s stunning, what a shame they closed it
Click to expand...

According to Google its about 1.6km long. I can fully understand why they closed it though, there are places where there are nets in place to catch the rocks and there are some decent sized rocks there. You can also constantly hear the trickle of smaller stones falling down and the occasional flurry of them. Some of the cracks in the rockface look very ready to give up and let some huge rockfalls come down.
Here are the rules; there are no rules.
You must log in or register to reply here.
Share:
Facebook Twitter Reddit Pinterest Tumblr WhatsApp Email Link