Regular User
I'm sure seasoned explorers know how it is - you have an entire day planned out down to the very last thing but then you stumble across something out of nowhere that blows it all out the water, right? That's exactly what happened here.

After striking out at some churches nearby us three all spotted the looming bulk of a school at a busy residential junction. Almost all at once we realised it looked very much closed so decided to have a little investigate as is the only right thing to do. We did a quick walk around of the perimeter without our gear noting that the school was overlooked on all sides by houses and one large road, and this being the middle of the afternoon it was fairly busy as you'd expect. Well by sheer dumb luck we managed to stumble across a way in so it was a quick walk back to the car to grab our gear and get inside before anyone noticed. Bear in mind at this point we had no idea what the school was or whether it'd even be worth it.

Oh boy was it worth it!

As soon as we stepped inside we realised two things. One, that it was absolutely mint inside. Two, that it still had power. In America they try and take good care of their closed schools as they are valuable assets for resale and development and if a closed school has power it almost invariably means it is alarmed to some degree. So cue the paranoia of looking around frantically for PIRs, but amazingly we couldn't see any at all. Still convinced we were about to set alarms off and/or get turfed out, we headed to the auditorium. Only there did we relax a little and begin shooting. I could've stayed in there a lot longer but the ever-present worry about alarms and how obvious our entry was meant we didn't push our luck inside.

The school had been modernised but sympathetically, and still retained a great deal of it's original design and architecture that thankfully hadn't been covered over by suspended ceilings, as well as some beautifully carved woodwork on the doors. 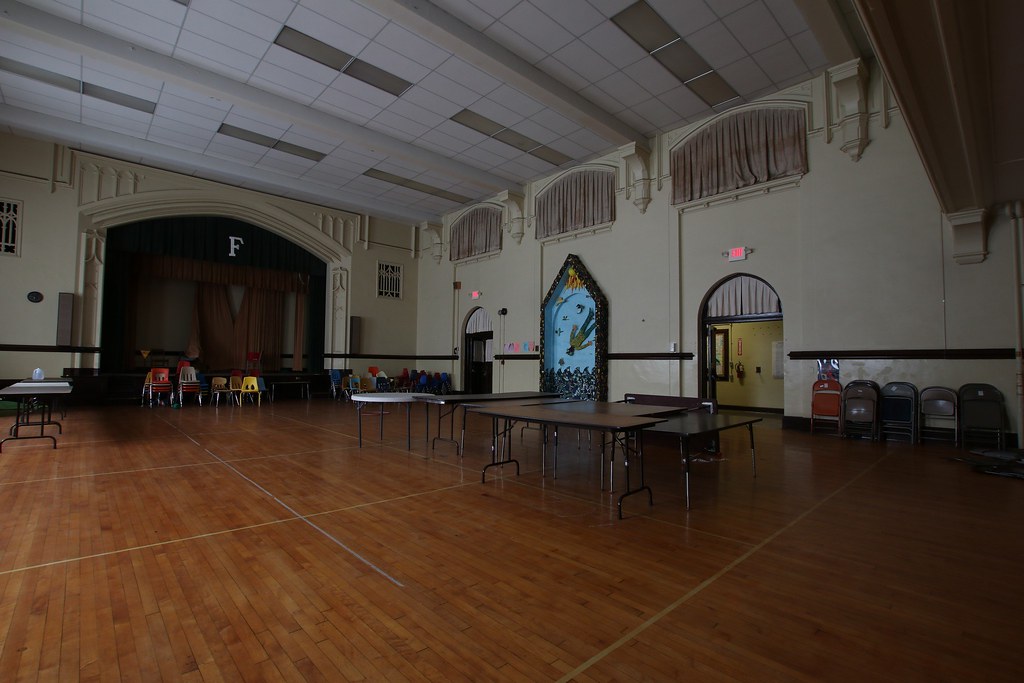 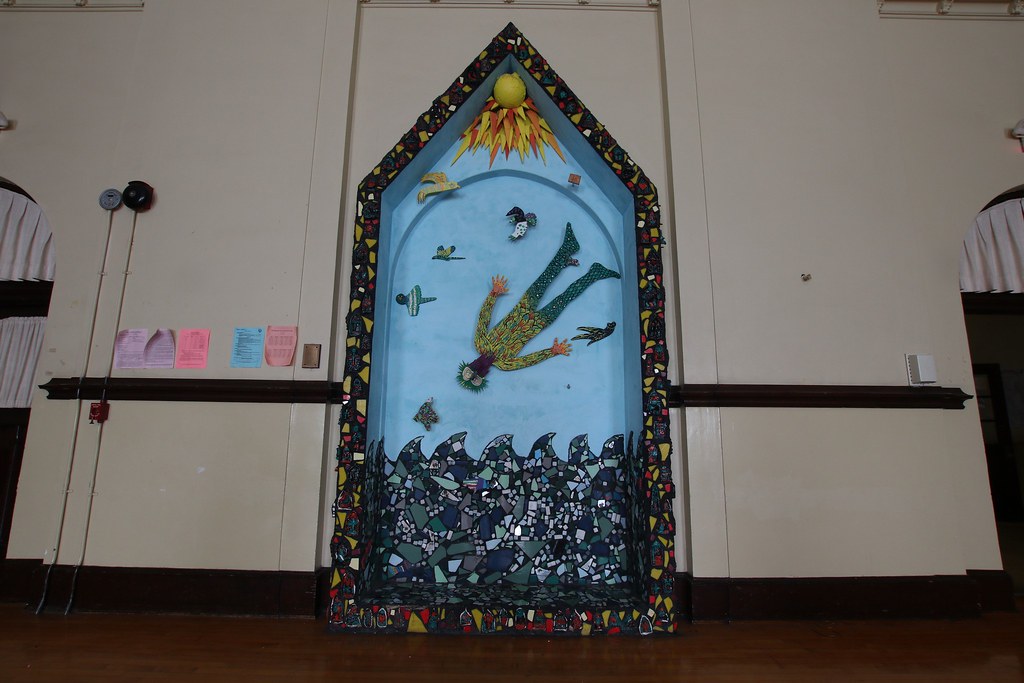 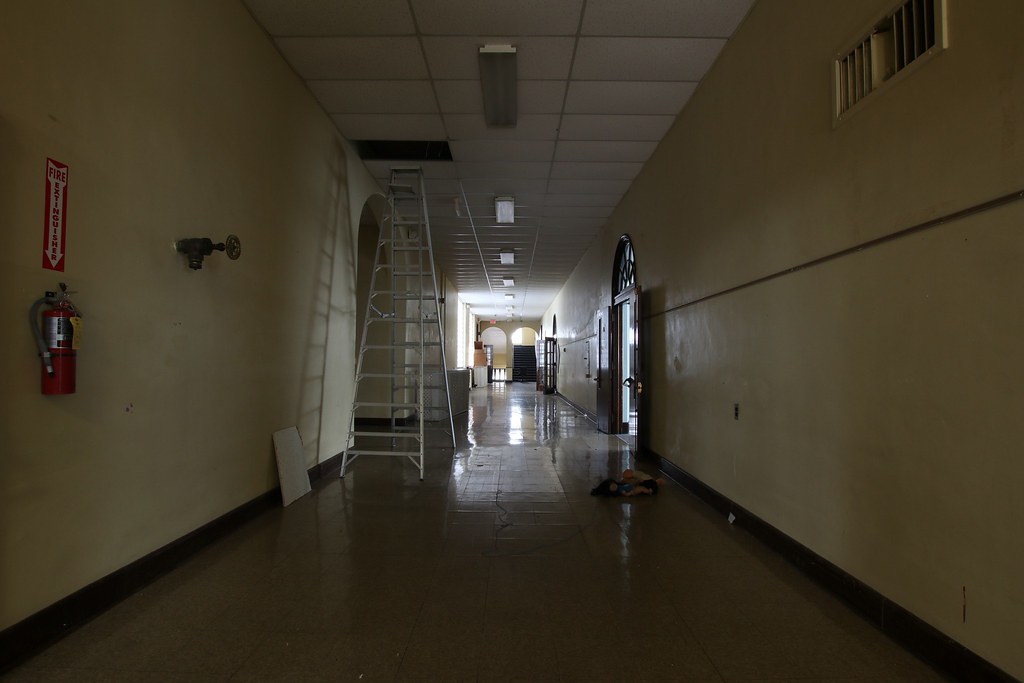 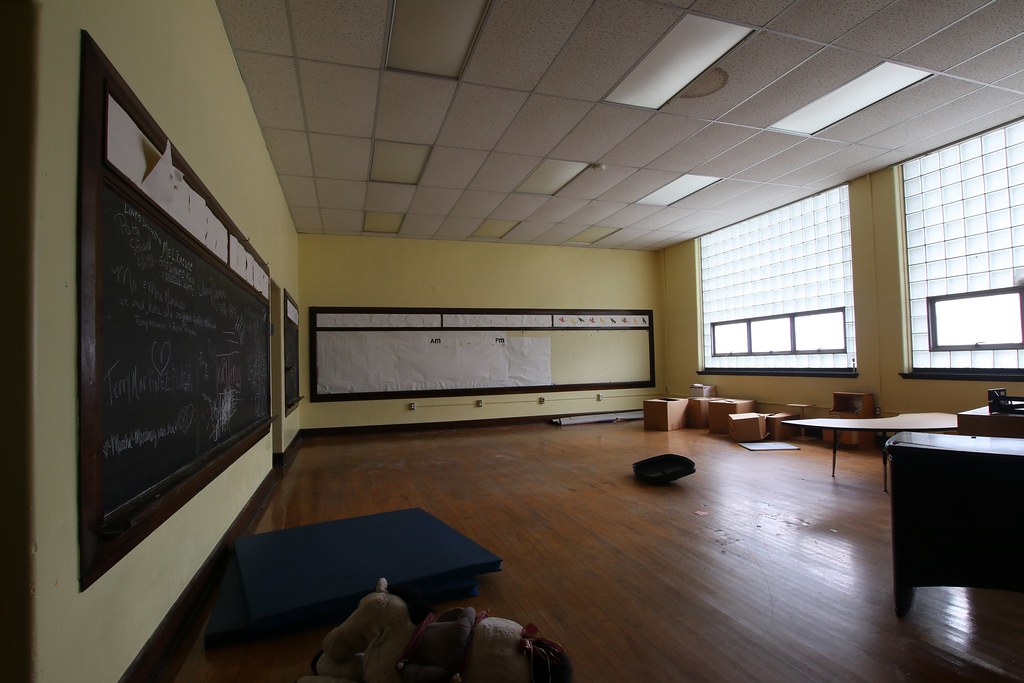 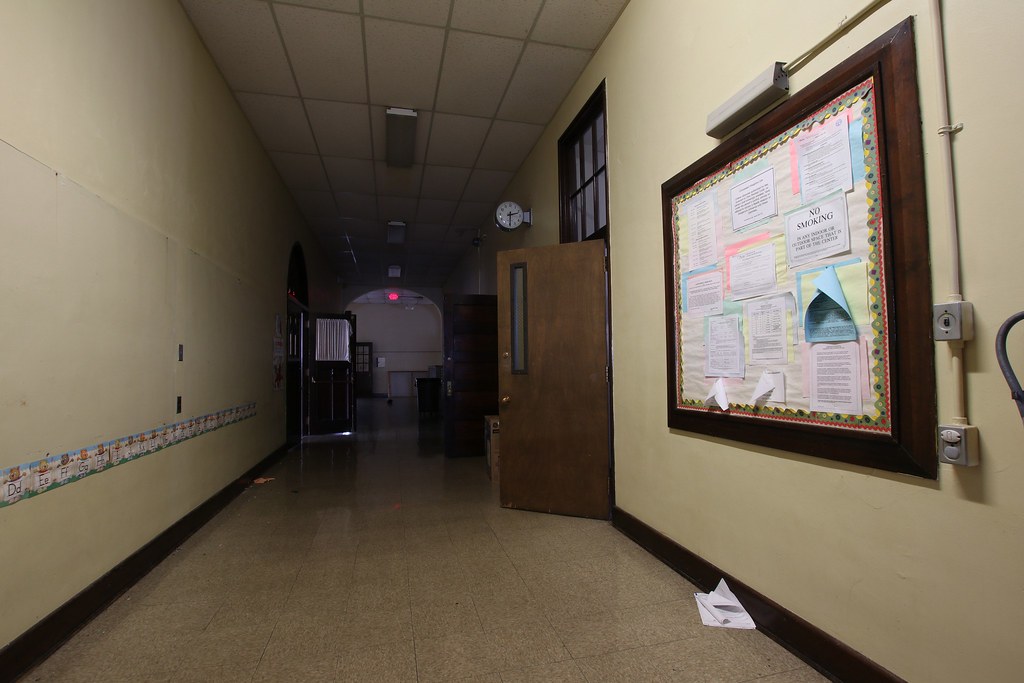 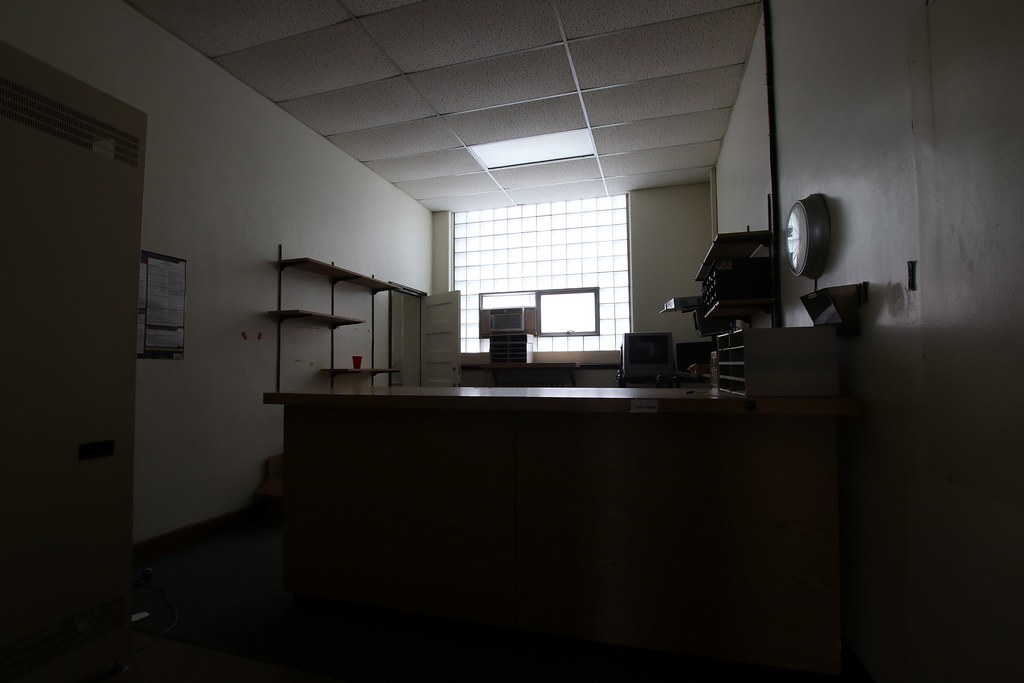 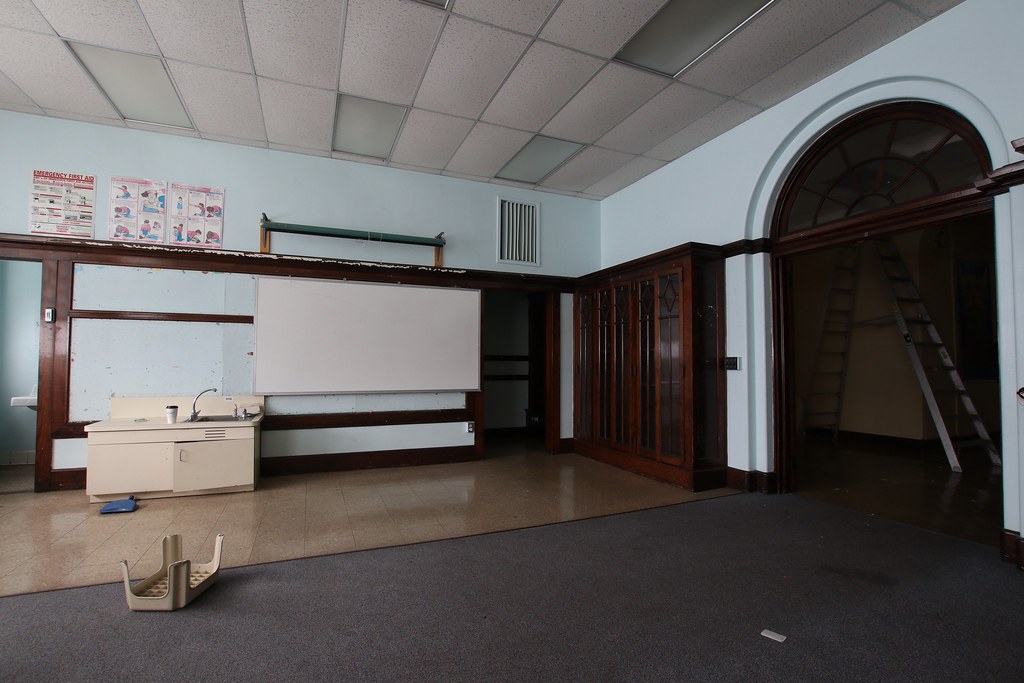 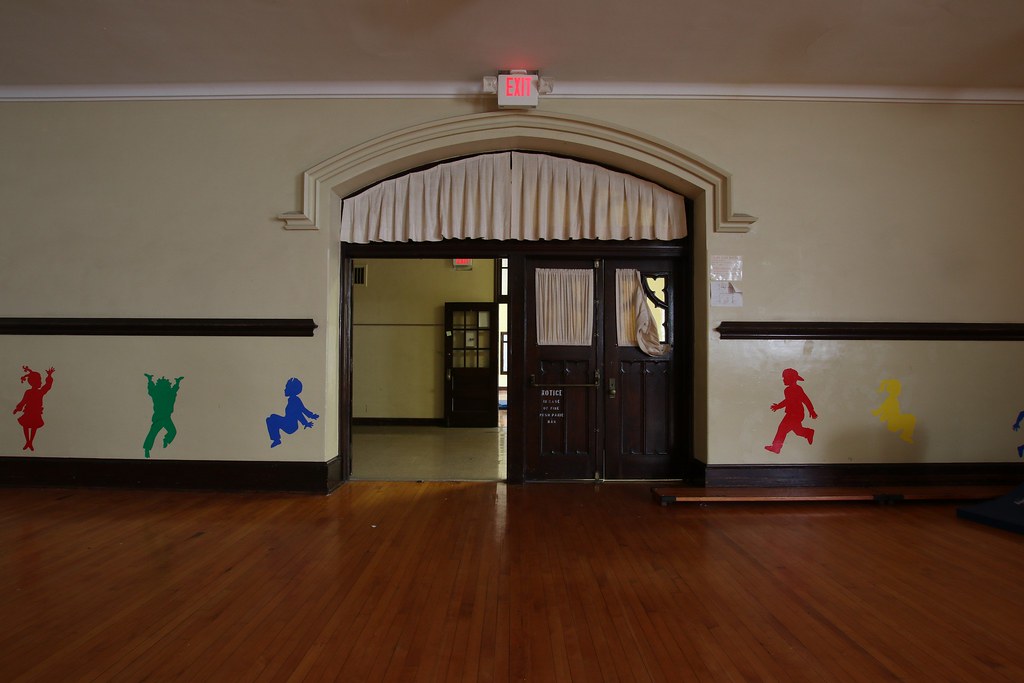 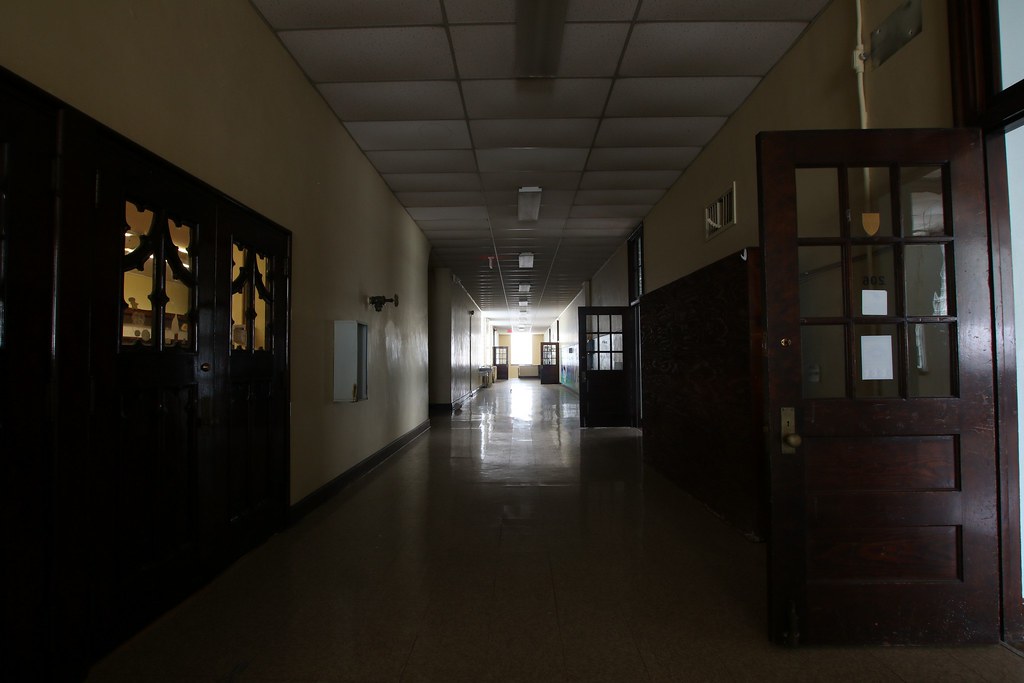 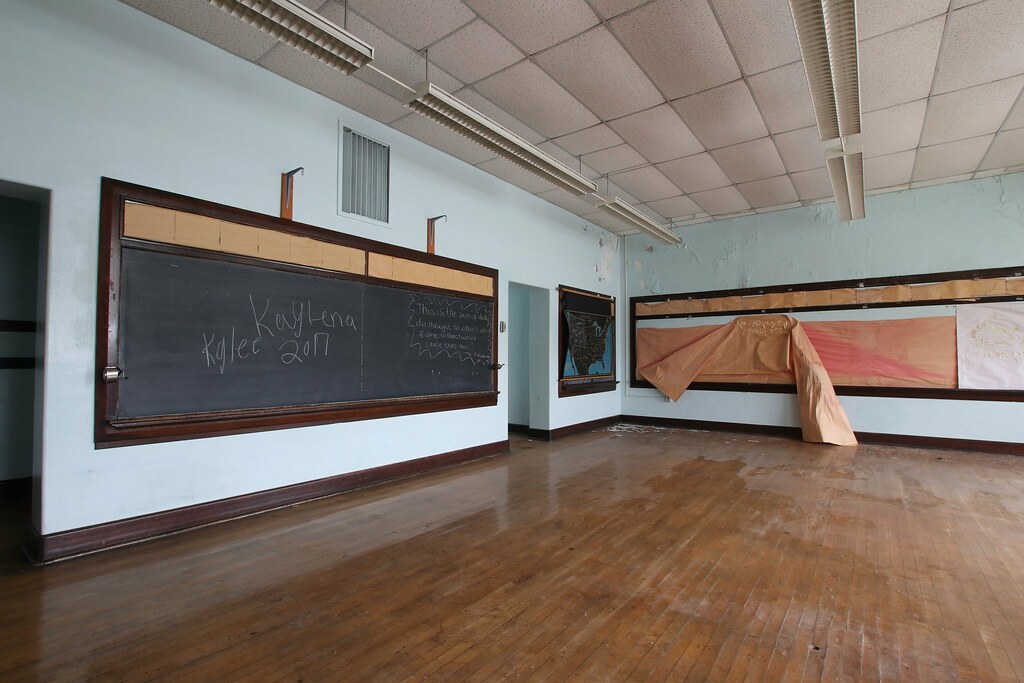 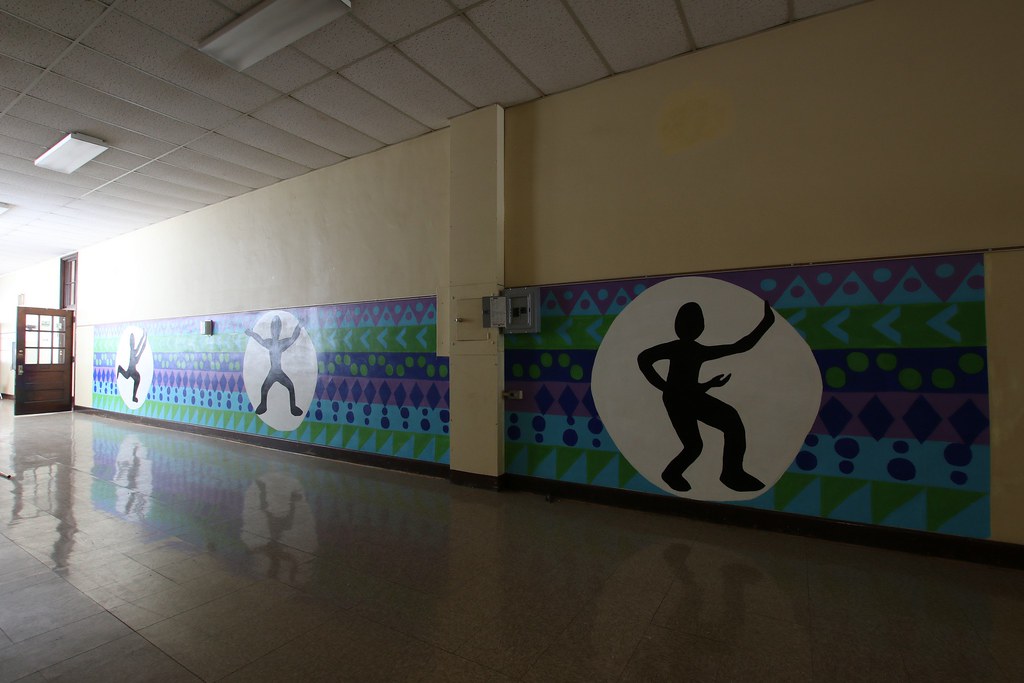 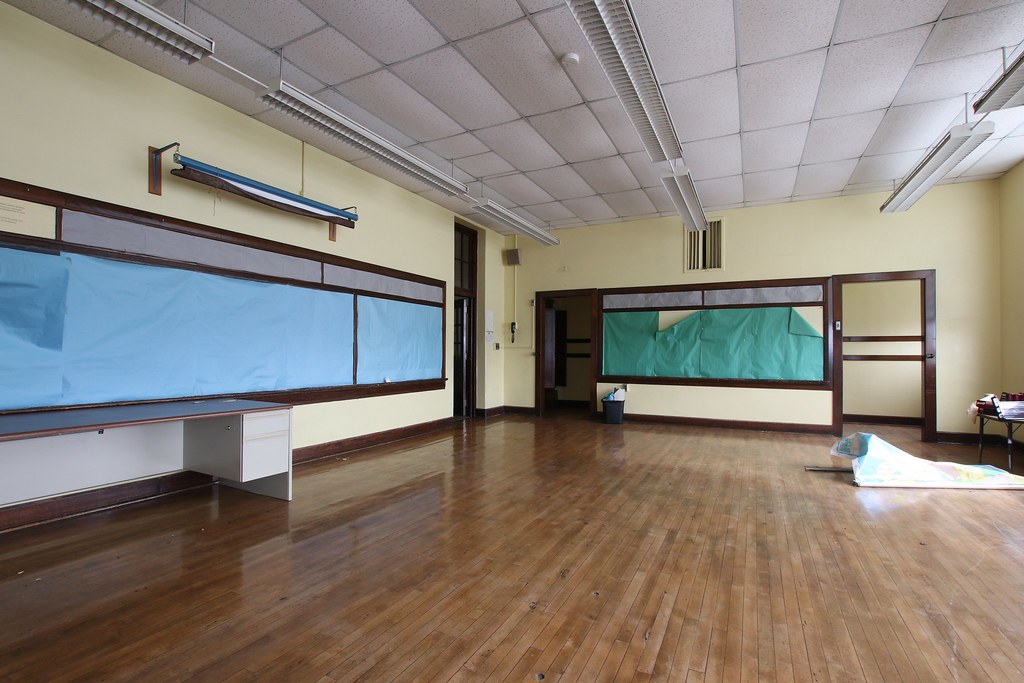 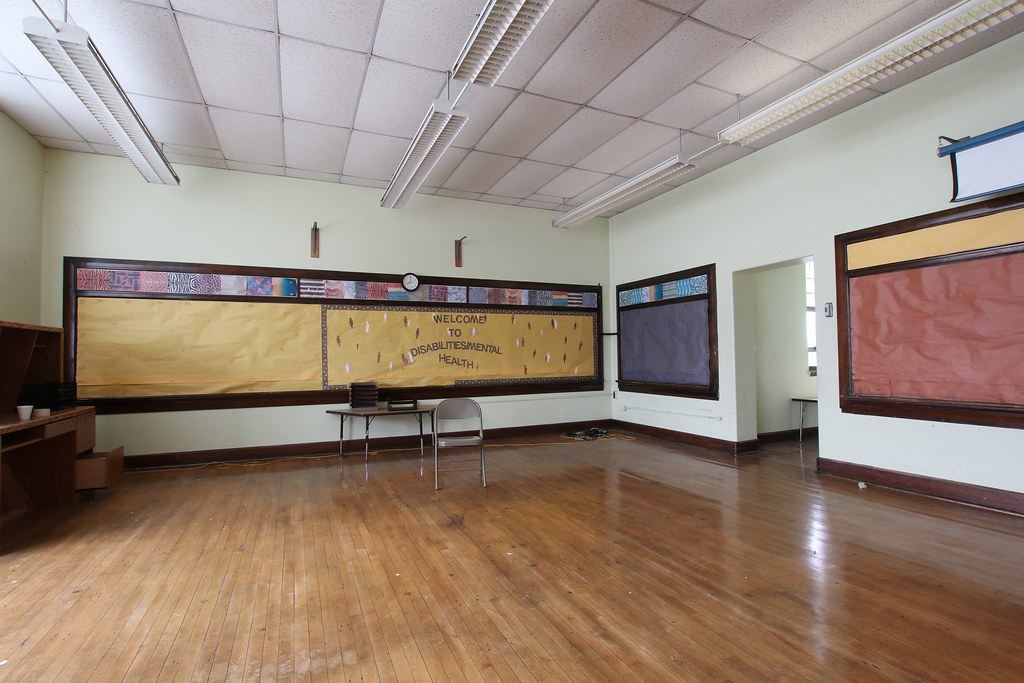 And with that, we were gone.

Thanks for looking etc :)​

Regular User
Lovely derp that, is this in Michigan?
Know Your Zone

Olkka said:
Lovely derp that, is this in Michigan?
Click to expand...