28DL Full Member
Last throwback for the day - West Middlesex Hospital. This explore always stands out to me as it was the first time I ventured out for a spot of solo exploring, and rather than go and find something in the middle of nowhere I very much want to see the Morgue here, so ended up getting my wings on the outskirts of London. Nervy times. I can't remember much from the explore, other than access was through a grave, which felt decidely crass during a saturday morning when a funeral was on going. I also learnt that you shouldn't vault over a wall assuming that the ground level would be at the same level on the other side; it was, but I landed on a pile of steam pipes. Finally, my explore was split either side of lunch. This was because I could not initially find a way into the morgue, and decided to leave and have a think about it over lunch and went back and got in. Finally, I learnt just how much the hind brain works when someone bangs on window boarding when you are directly the other side. My visit was part way through demolition, so contractors security was all over the place!

A short history can be found here:

Before the passing of the Poor Law Amendment Act 1834, the administration of the English Poor Laws was the responsibility of individual parishes throughout the UK. These varied widely in their size, populations, financial resources and requirements, which led to differing standards and levels of care due to the voluntary nature of the Old Poor Law. Subsequently, the Poor Law Amendment of 1834 grouped parishes into geographical unions that became responsible for the administration of poor relief in their areas. This union aimed to centralise and standardise care throughout the country; each union was governed by a board of guardians. Where a parish was large enough to operate independently of a union, it was known as a poor law parish. Collectively, the poor law unions and poor law parishes were known as a poor law district. This grouping of parishes saw much larger, centralised workhouses being built to replace the inadequate and small facilities found in each Parish. The poor law unions existed in England and Wales from 1834 to 1930 for the administration of poor relief. The poor laws represent a very complex subject on one of the most far reaching and significant parts of our national social policy; more information can be found here: Workhouses.org

The Brentford Poor Law Union came into existence in 1836 after the passing of the 1834 Poor Law Amendment. This union combined the parishes of Acton, New Brentford, Chiswick, Ealing, Greenford, Hanwell, Heston, Ilseworth, Perivale, and Twickenham. In 1837/8, a dcision was taken by the Brentford Poor Law Union to build a new Union Workhouse on the east side of Twickenham Road in Ilseworth. This new workhouse was designed by Architect Lewis Vuillamy and was based on the cruciform layout published by the Poor Law Commissioners. In 1883 a school, known as Percy School, was constructed on land to the south-west of the main workhouse. The buildings comprised an administrative block and chapel at the centre, a dining-hall, kitchens and stores, with the laundry and a swimming bath to the rear. The children were accommodated in three-storey wings on either side of the central complex, with boys at the north and girls to the south. Bu the turn of the century, the union had started to place pauper children into small cottage homes, or placed with foster parents within the district. By the outbreak of the First World War the school was nearly empty and was subsequently adapted for use as a military hospital. After the war, the buildings were requisitioned to be used as a store for military records. By 1935, the buildings stood empty until it was repatriated back and converted for use as a home for the elderly moved from the Workhouse. This closed in the 1970s and most of the buildings were demolished in 1978 and the site sold and redeveloped.

During the period of 1895 until 1902, the site was largely redeveloped with the original workhouse being demolished and totally rebuilt; an infirmary that opened in 1896 was also erected on the site of the previous workhouse. To facilitate the development, new land was acquired to enlarge the site to a total of 40 acres. The old workhouse was replaced by a much larger complex that was constructed on new land to the south-east of Percy House School. The new buildings were based on a pavilion block layout designed by WH Ward of Birmingham. The official laying of new workhouse’s foundation stone took place on 1st March 1900 and opened in 1902.

In 1920 the Infirmary became known as the West Middlesex Hospital. Following the Local Government Act of 1929, the Board of Guardians was abolished and the union workhouse transferred to the newly formed Middlesex County Council. In 1930, the workhouse, Percy House and the West Middlesex Hospital came under the control of the new County Council. By 1930 the West Middlesex Hospital contained approximately 400 general beds and treated mainly acute medical and surgical cases. The former workhouse had become a Public Assistance Institution (P.A.I.) with accommodation for 800 inmates. By 1935 the Percy House School was reacquired back from the H.M. Office of Works and the inmates of the Workhouse were transferred there. The old Workhouse was then subsumed into the Hospital. On 1st April 1936, the Hospital was removed from the Poor Law governance and was appropriated by the council for the reception and treatment of the sick under the Public Health Acts. At around the same time, a new maternity unit and pathology unit were opened.

During 1948, with the passing of the National Health Services Act in 1946, the Hospital joined the NHS and dropped the word ‘County’ from its name. It was under the control of the South West Middlesex Hospital Management Committee, part of the North West Metropolitan Regional Hospital Board. The hospital was one of the largest in the country and it was continually developed and expanded throughout its life – a new operating theatre suite, maternity unit, psychiatric centre, a post mortem room and x-ray suite were all added. After nearly 100 years as a public institution, the NHS was finding the dilapidated Victorian hospital expensive to maintain and it was decided to redevelop the hospital. A 35-year PFI deal (a government initiative to develop healthcare facilities) was approved in 2001. Bywest, a private sector consortium, was appointed to redevelop the site at the cost of £135m. The first phase of the new development opened in May 2003, it has been built in place of the old Workhouse. The Workhouse Infirmary was demolished circa 2009 to allow for the development of new houses & flats. A more detailed history can be found here: Lost Hospitals of London

A few photos, starting with the morque: 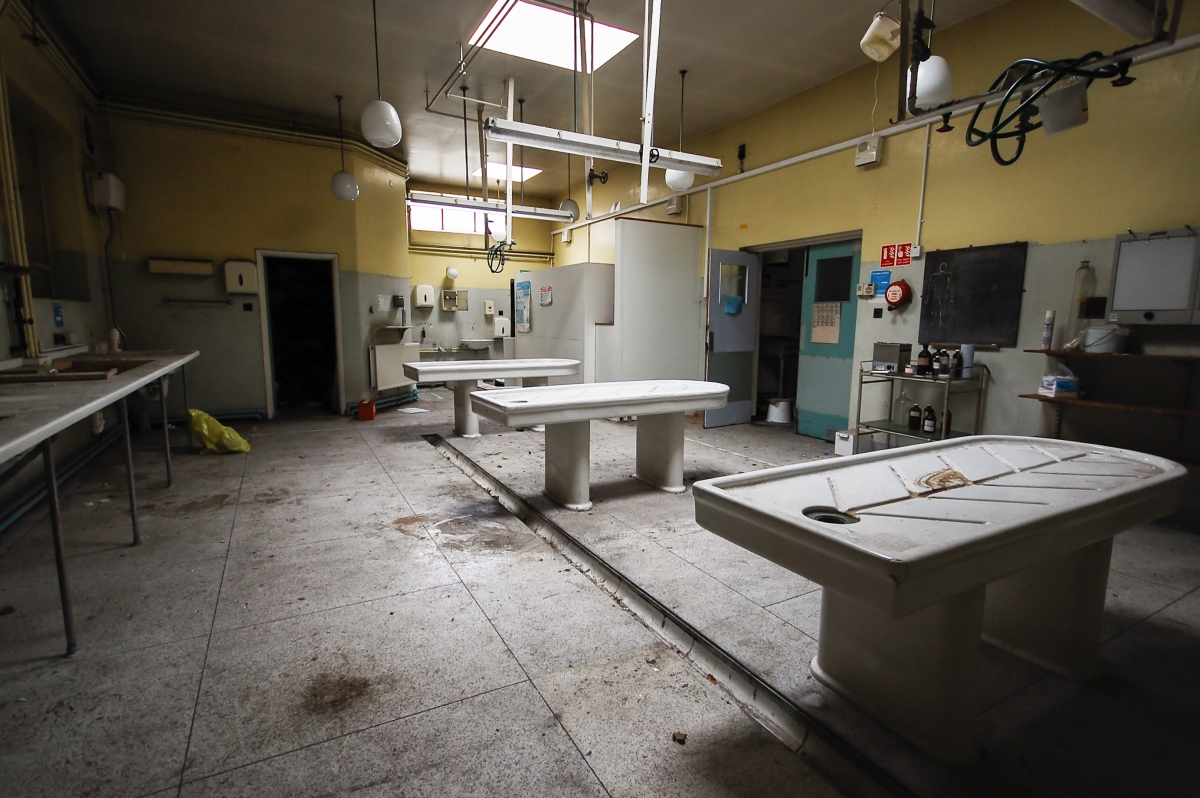 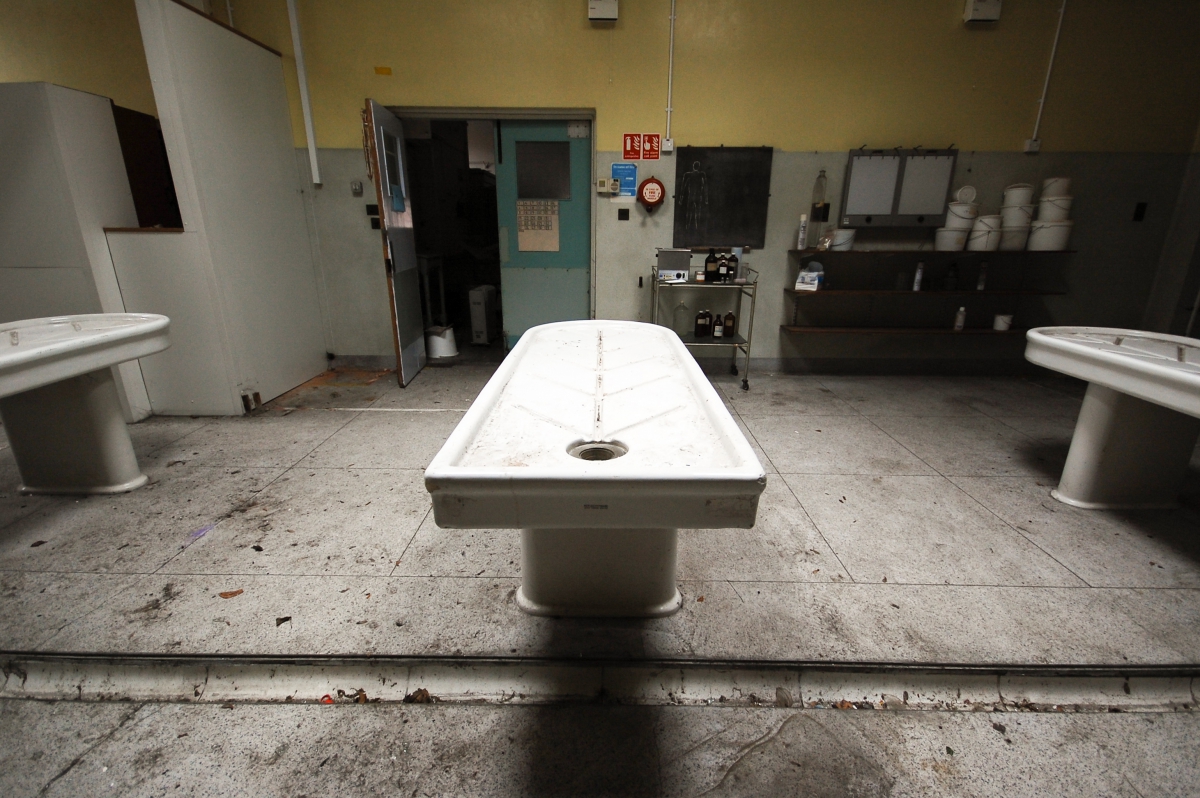 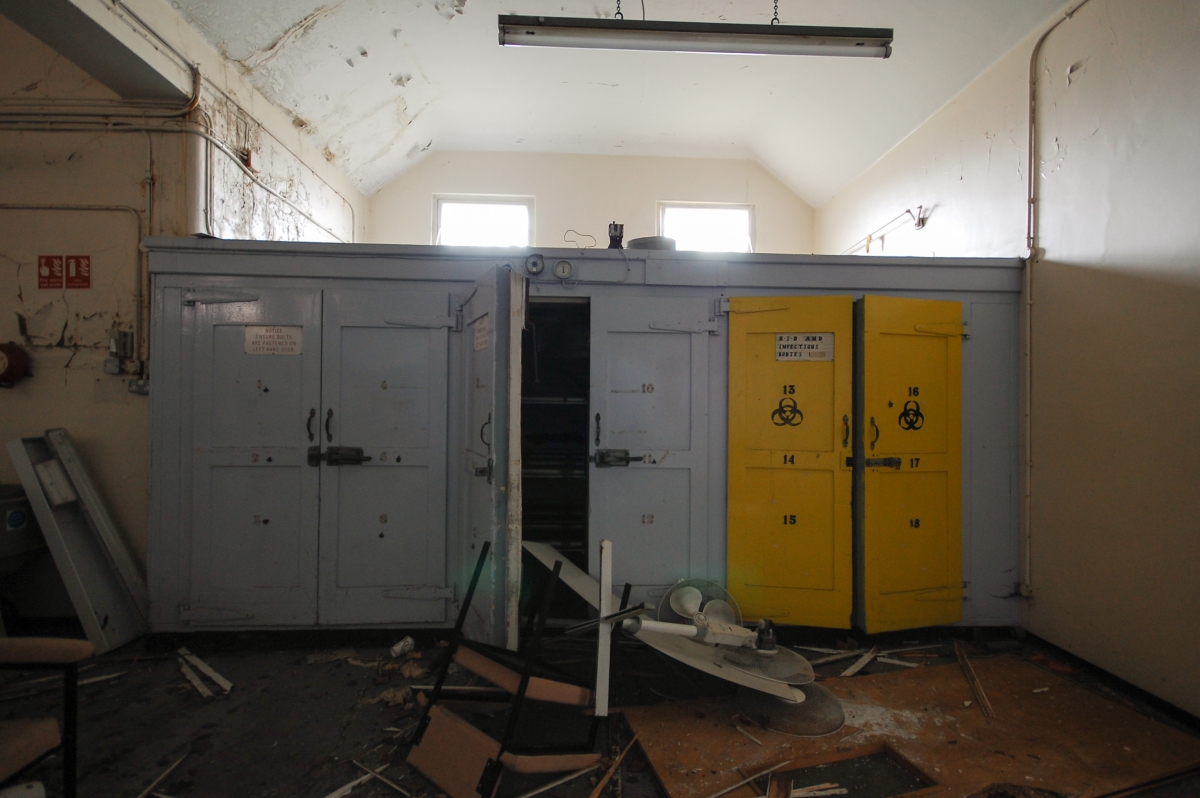 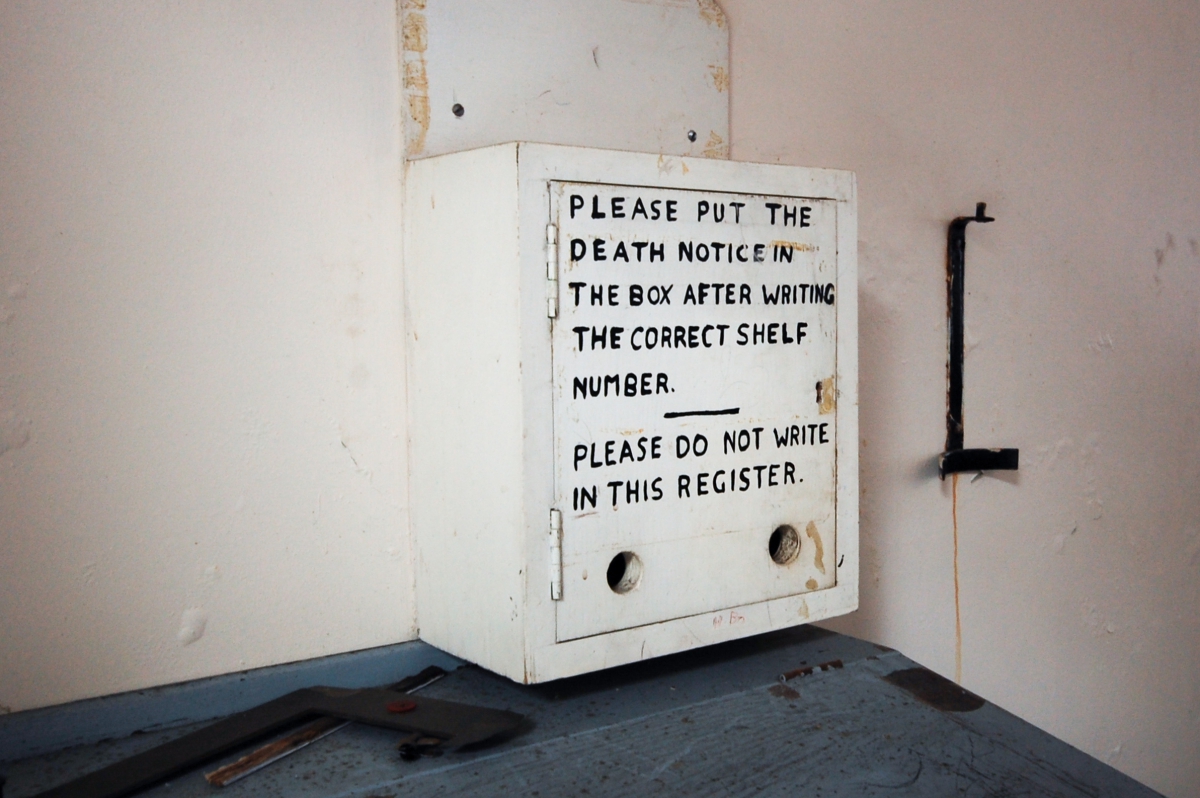 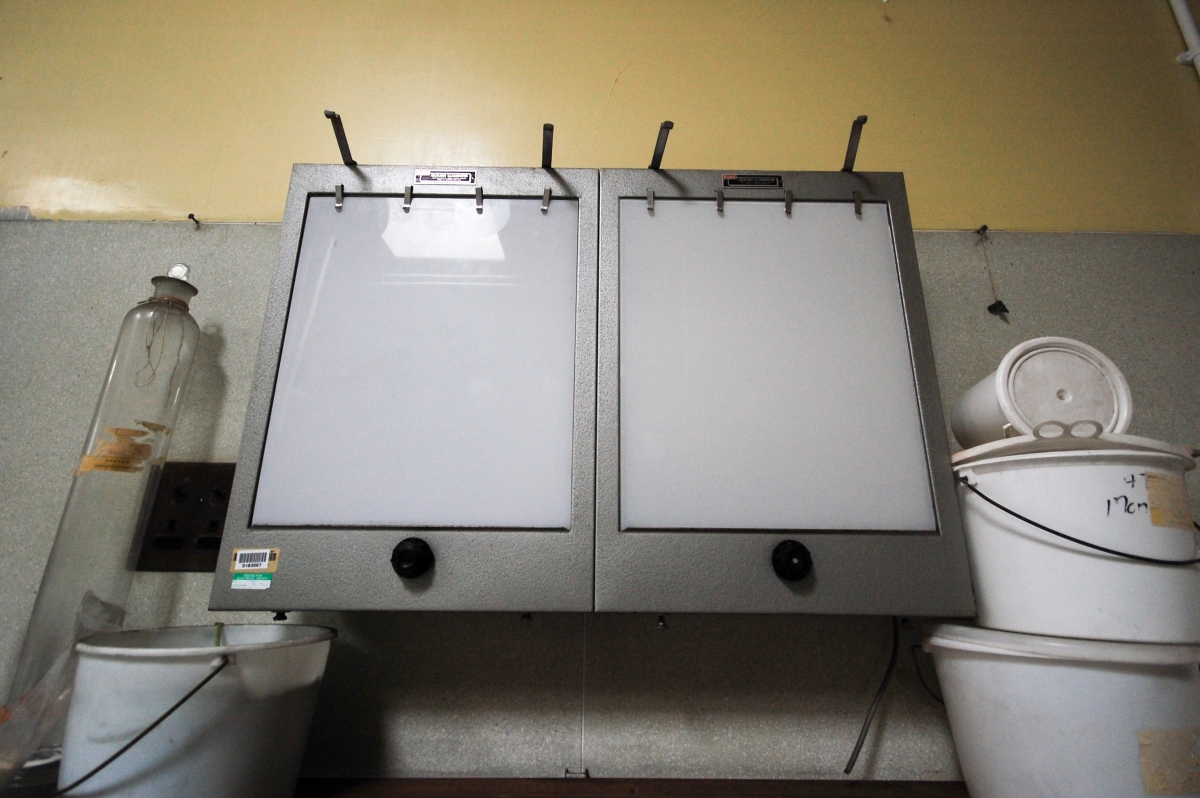 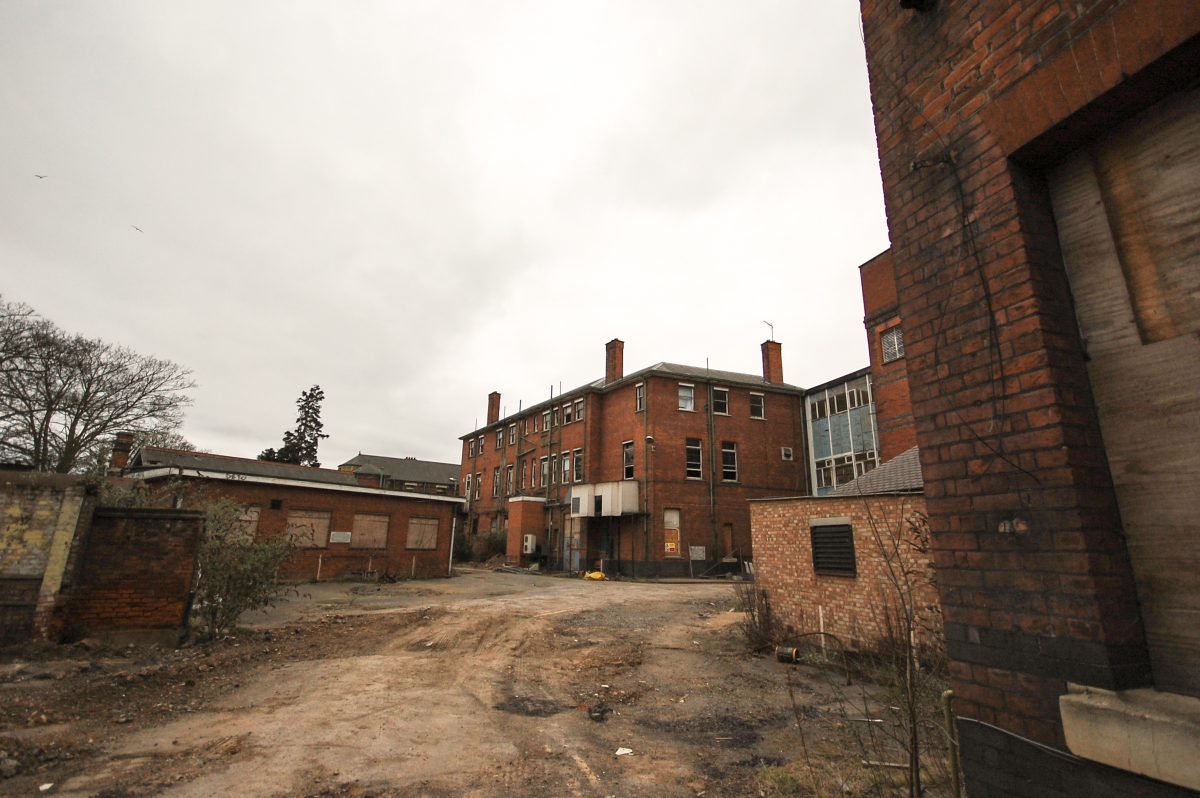 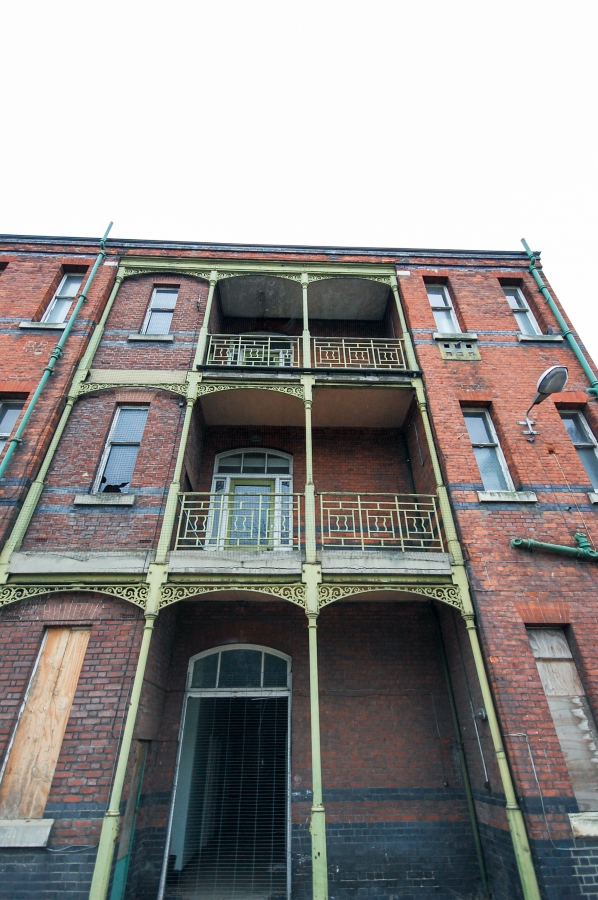 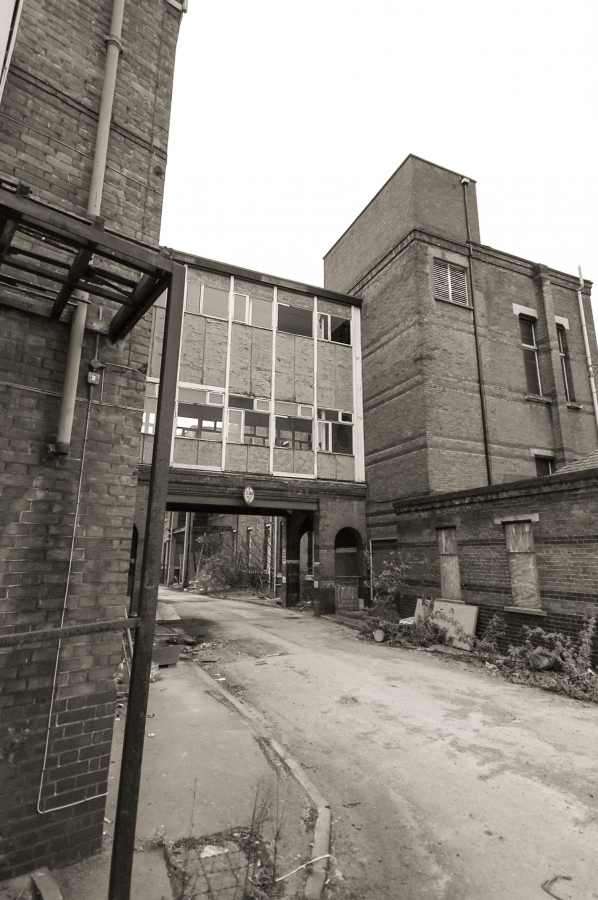 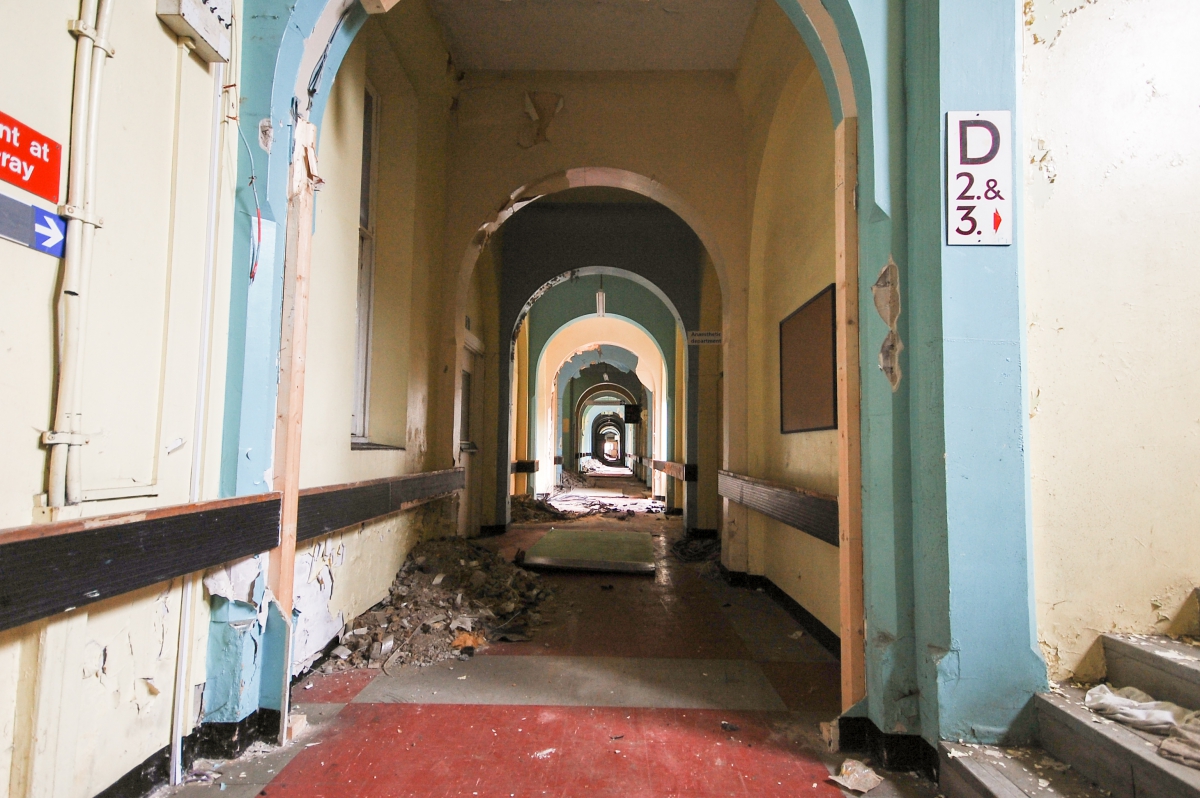 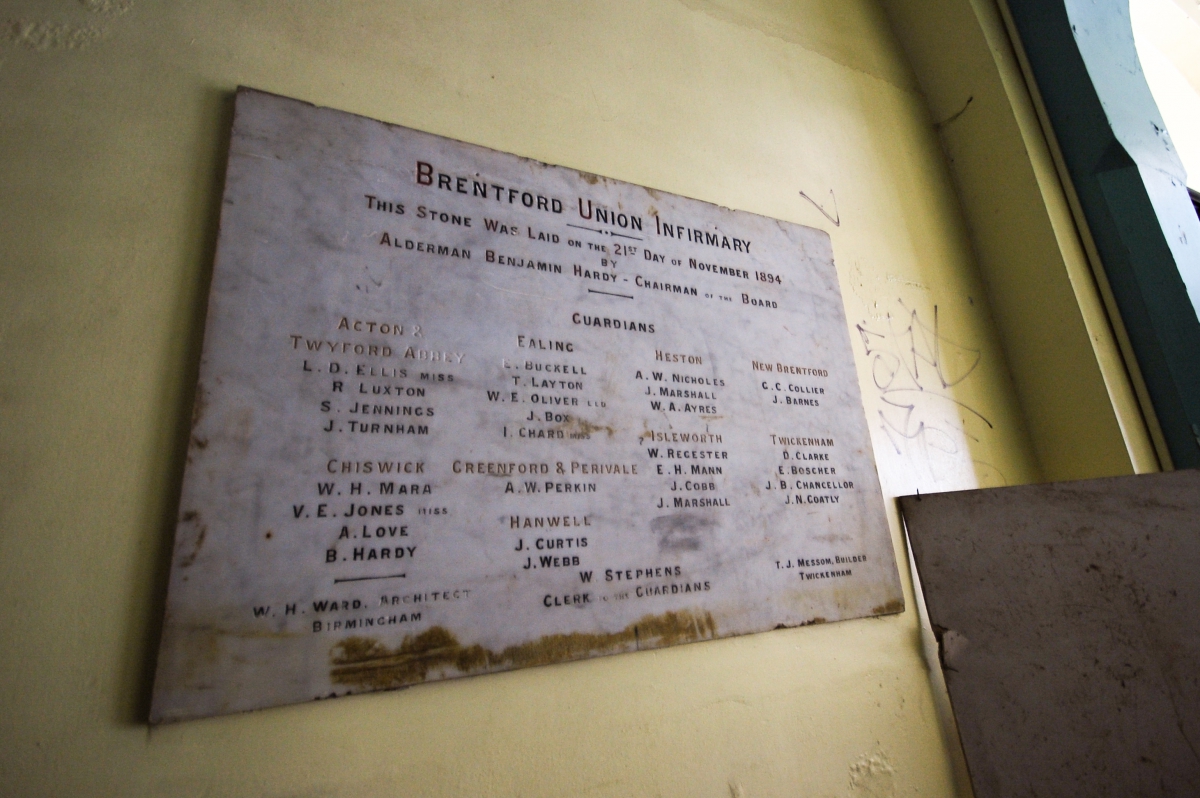 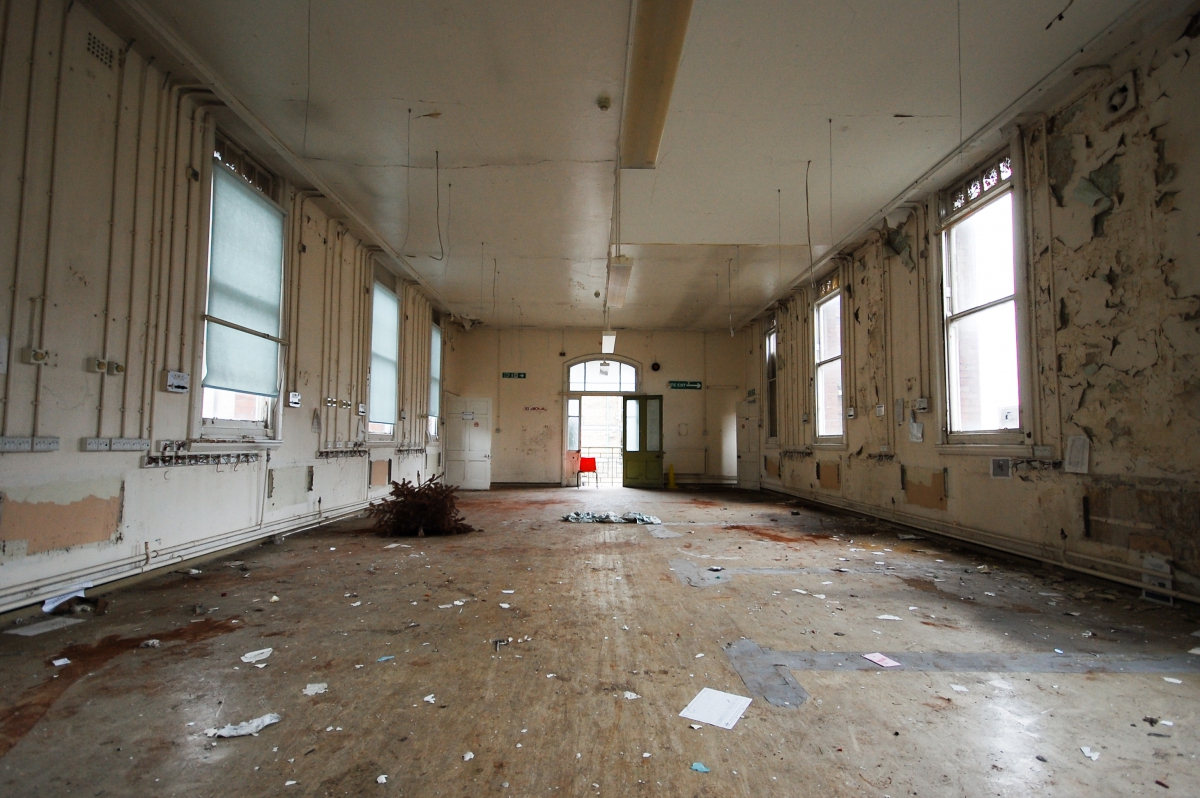 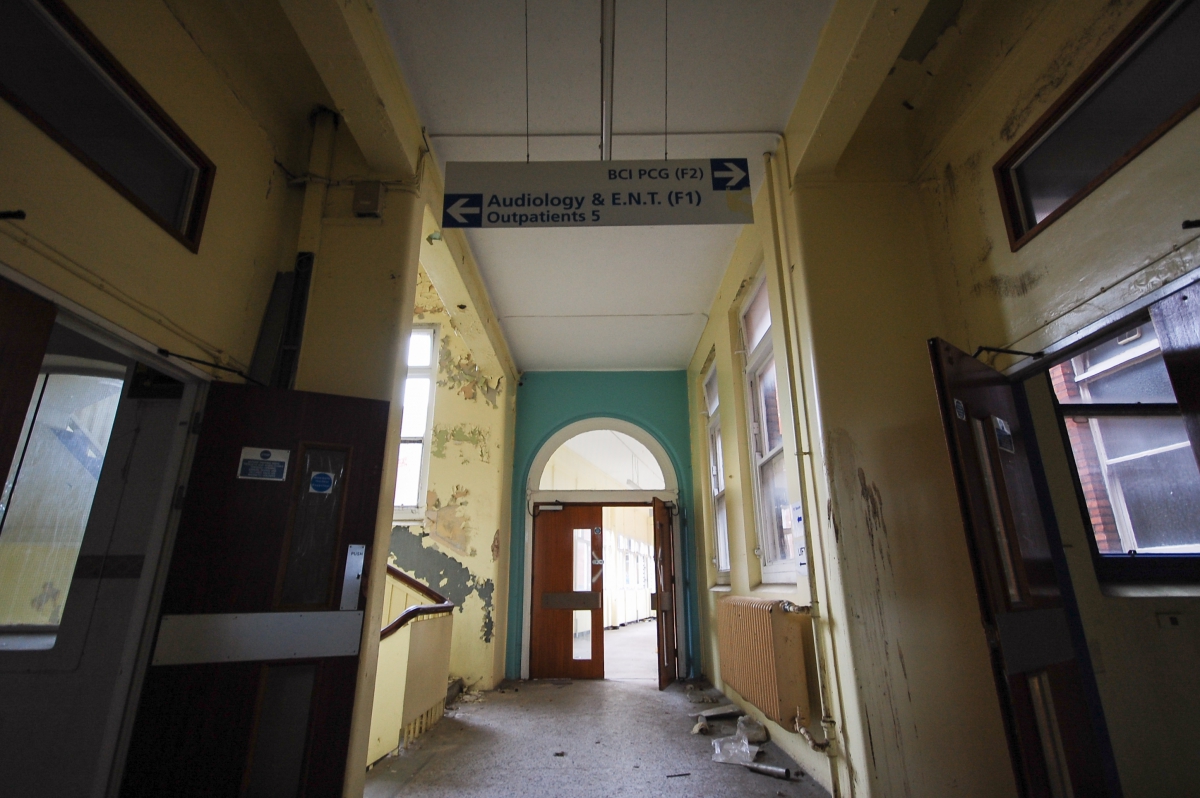 28DL Full Member
It was the sole reason I went

Regular User
Oh my days. Gutted I missed this one and yes that’s a hell of a great morgue.

Regular User
The rest of the hospital was pretty good too before it got stripped. One of the main reasons i say all hospitals are shit nowerdays, wheres all to crazy stuff!
flickr

28DL Full Member
Yeah, the one thing that has changed drastically over the last decade or so is how much better stripped everything is!

Regular User
That mourge was ace, am I right in thinking it backed onto the cemetery?
http://urbanmonkness.weebly.com
t3emonk@aol.com

28DL Full Member
It did, with a handily placed wall that allowed you straight access to a skylight above the fridges

Regular User
What a cracker. That opener of the morgue is superb. Im glad you shared this now. What a great report. Solo too! impressed.

Regular User
Big fan of the throwbacks. This one didn't disappoint - wish it hadn't been before my time on the scene
Blurred Boundaries - 'busting Bristol wide open' - Louise 2012
SERVE CHILLED, LIKE SOMERSET
"I just have you saved in my phone as Mail Rail guy"​

Calamity Jane said:
What a cracker. That opener of the morgue is superb. Im glad you shared this now. What a great report. Solo too! impressed.
Click to expand...

Thanks. It was a memorable adventure into solo exploring!


Seffy said:
Big fan of the throwbacks. This one didn't disappoint - wish it hadn't been before my time on the scene
Click to expand...

Cheers - I am enjoying the throwbacks more, hopefully a few more people join in!

TheTimeChamber said:
Thanks. It was a memorable adventure into solo exploring!

Cheers - I am enjoying the throwbacks more, hopefully a few more people join in!
Click to expand...

Keep them coming man! I'm trying to find new stuff to post where I actually have enough photos for a report. The amount of places I've been and only taken about two photos is shocking

28DL Full Member
I will do! Many places still to post, it'll take a few weeks as I need to do some work too lol.