Regular User
HF6 was a blast furnace located in Seraing, adjacent to Liege, in Belgium. It formed part of the Cockerill Sambre, later combined Cockerill-Ougree steelworks that dominated the area - the area around Liege and Seraing is one of my favourite places anywhere in the world, but I digress. During the 1990s the company changed hands and was struggling financially with the result of a mothballed plant and total shutdown in 2009. Demolition of the blast furnace and remaining structures began in January 2016 and at the end of last year (if memory serves me correct), the blast furnace was brought down in a controlled demolition.

I've got quite a tale associated with this place, which will probably strike a chord and amuse those who managed to explore it. HF6 was top of my 'bucket list' since the day I crossed Pyestock off that list in 2010. I knew I had to see it by any means necessary - and yes there may have been bigger better ones out there but I just loved HF6 and whatever was drawing me to it. I had attempted it on two previous trips - on my first trip to the continent in 2012 we turned up and found the place full of contractors doing god knows what so that idea was swiftly sacked off. I returned in March 2013 for a second attempt, but almost as soon as we'd left the nearby Mechanics Institute buildings the weather transformed from freezing cold to full on blizzard, so that was sacked off even quicker as the idea of climbing an exposed steel structure in sideways snow wasn't too appealing although I bet it would have been an experience, followed by frostbite.

On my last trip to the continent in July 2014 (it really was that long ago!) I was determined more than ever to do it. I had a rough idea of the way into the site and how to get to the blast furnace structure however getting in and to it would prove to be a little more surreal than I could have ever imagined. We parked up in a nearby side street and began walking towards the perimeter fence on an extremely humid, overcast and sweaty July morning. Me being me I like to have a check of the front gates before committing to anything just to see what the state of play on sites is, so we made our way to the front and all seemed dead. We turned around to head back to the access point I knew about and suddenly from behind us came a voice in perfect, french-accented English.

"You guys want to go in there?"

The three of us turned around and saw, about ten metres behind us, a dishevelled-looking homeless dude. We said that yes we did, and I'll never forget what happened next.

By this point I twigged that he must have been the homeless guy that sleeps in the bus shelter on one of the perimeter roads, the road with the access point many people used and the one I knew about. He showed us to the gap in the fence and ushered us inside, before following us and promptly disappearing somewhere. He'd given us the directions we needed, and after following them we emerged inside one of the huge buildings - the one filled with old trucks and machinery and all manner of other scrap. The only problem was the access point led us straight onto one of the overhead gantries that ran the length of the building. After finding the ladder down to ground level we were confronted by the next problem.

At some point in the few preceding years, a large fence had sprouted up surrounding the entire blast furnace structure. It had large rolls of razor wire along the top and the bottom and circled the furnace at a fair distance, and ran along two sides of the large shed we were in as well. To get out of the shed you needed to be extremely lucky and find a hole (rare), or locate the ladder somewhere in the acres of scrap and use it to your advantage. After a full half hour plus of searching - during which time we ran into the friendly homeless dude again - we finally located it perched on the end of a portacabin building. The idea then was to bring it to the corner of the building and, using a pallet placed against one of the building support columns for a boost, climb up the column until you were level with the top of the fence, place the ladder over the other side squashing the razor wire and then climb down it. After getting over the fence it was important to hide the ladder somewhere discreet, which we did. Once over the fence it was a brisk walk to the blast furnace, find the nearest set of stairs that looked like it went upwards and start climbing.

I loved every second of being in/on here. So much so my photography really suffered as I wasn't really focused on getting great photos, I was just revelling in the experience of finally being somewhere I had wanted to see for years. We got nearly to the top before we all decided the platforms were getting just that little bit too crispy, and after a few hours headed back down, repeated the fence procedure all over again and were home free. Sadly I never got the chance to go back and explore more of the buildings there, I had always meant to and wanted to but things never worked out. Such is life.

We never did locate the friendly homeless man again, I really wanted to thank him for his assistance! 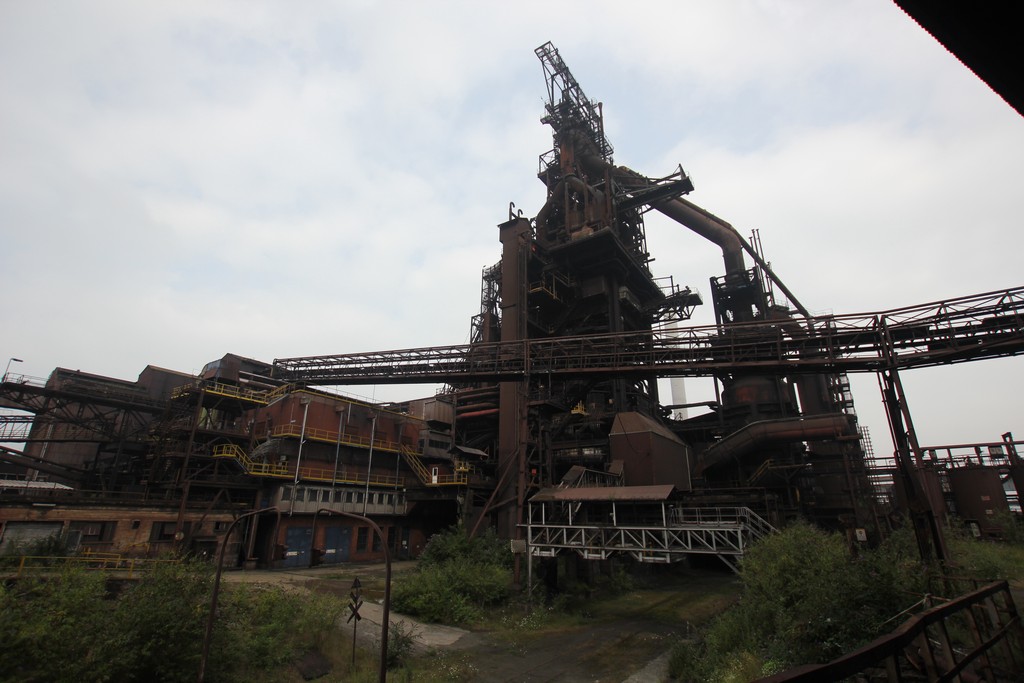 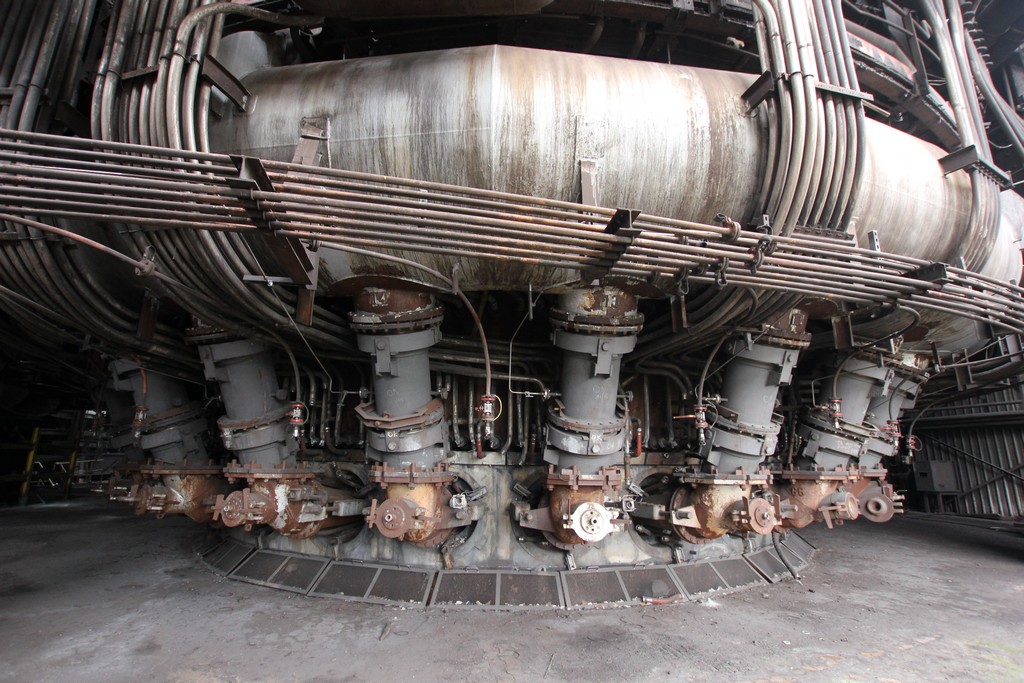 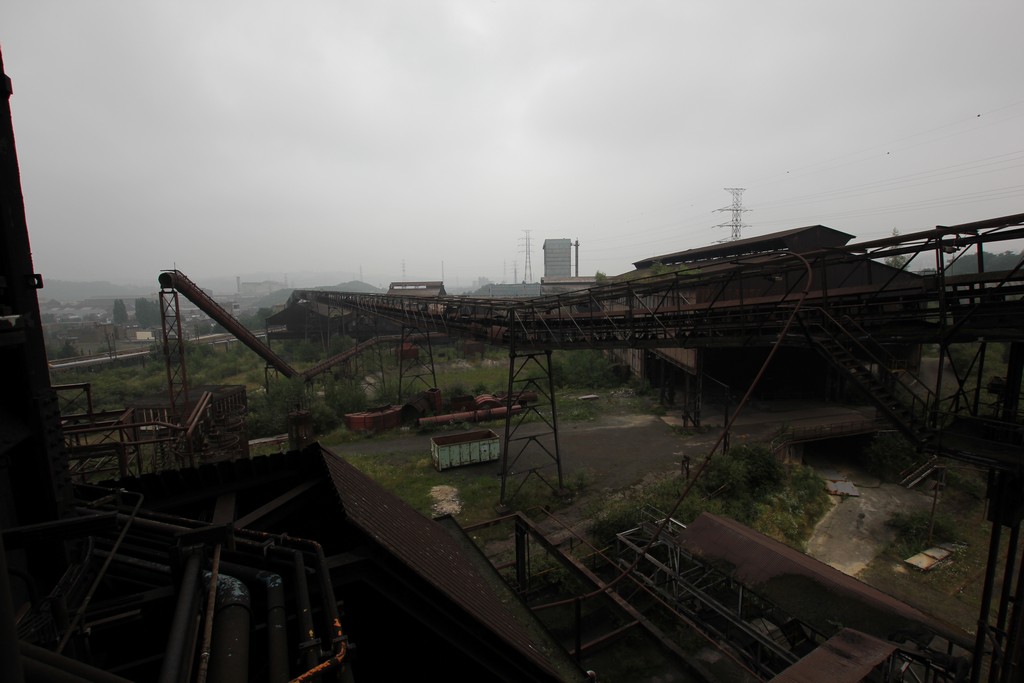 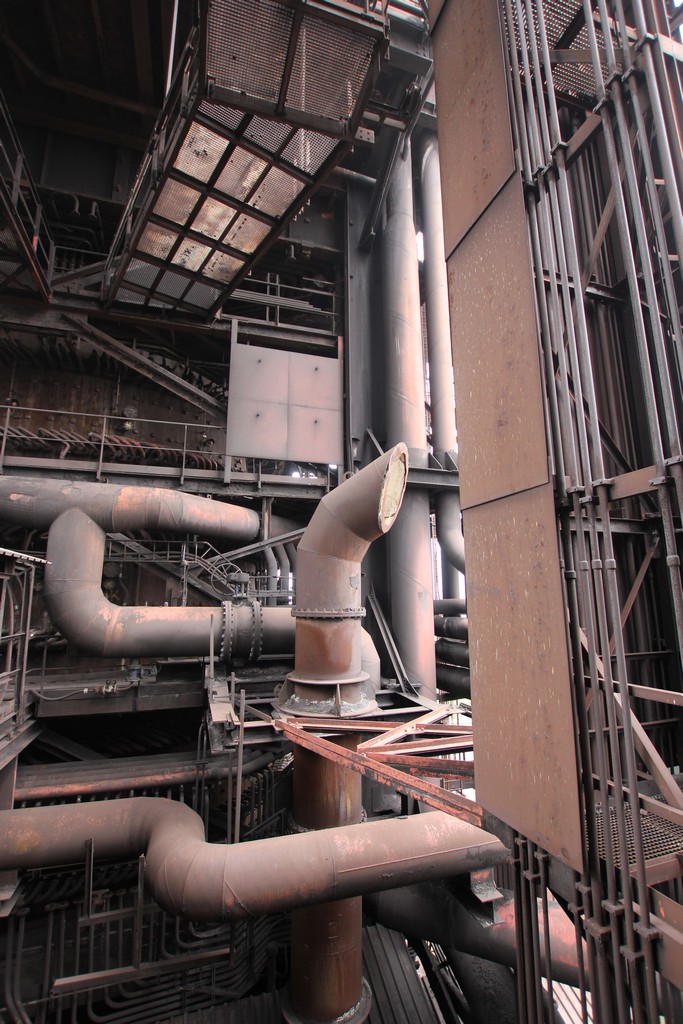 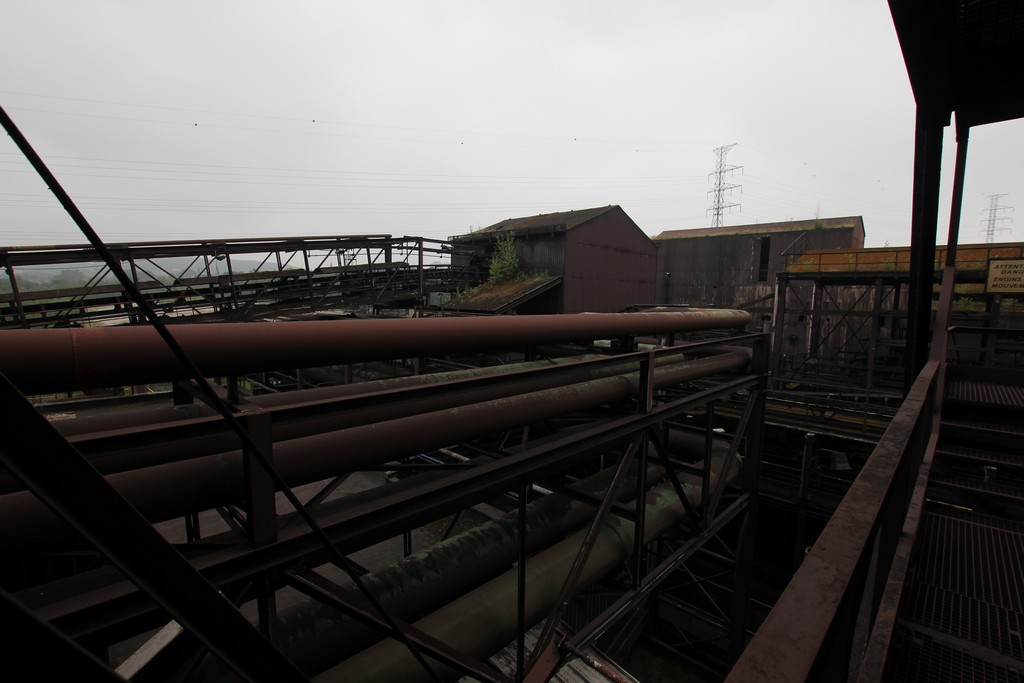 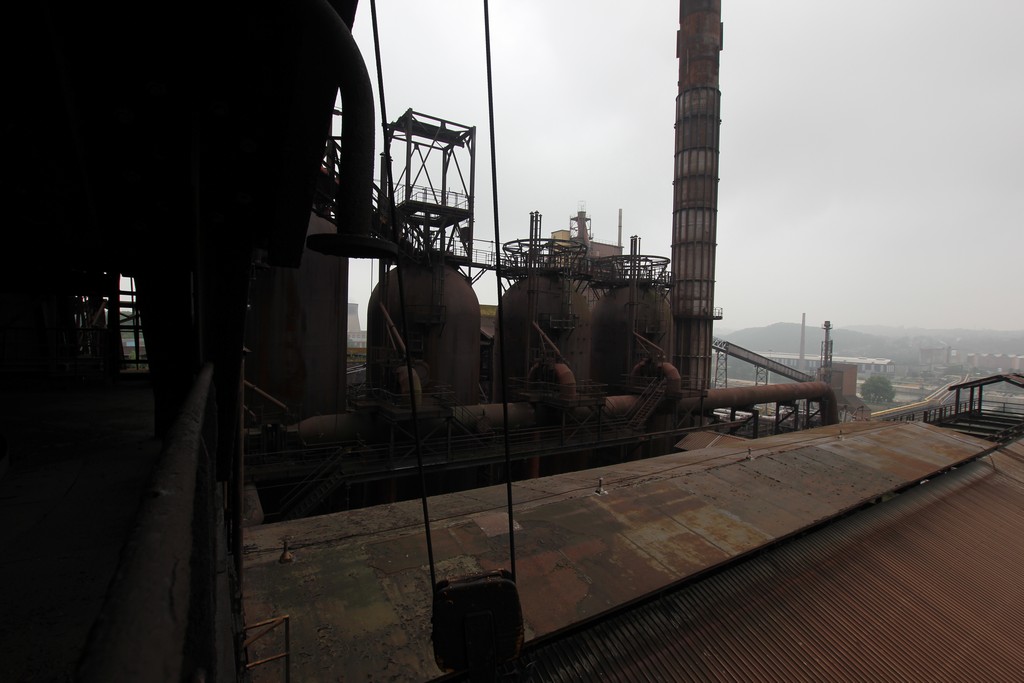 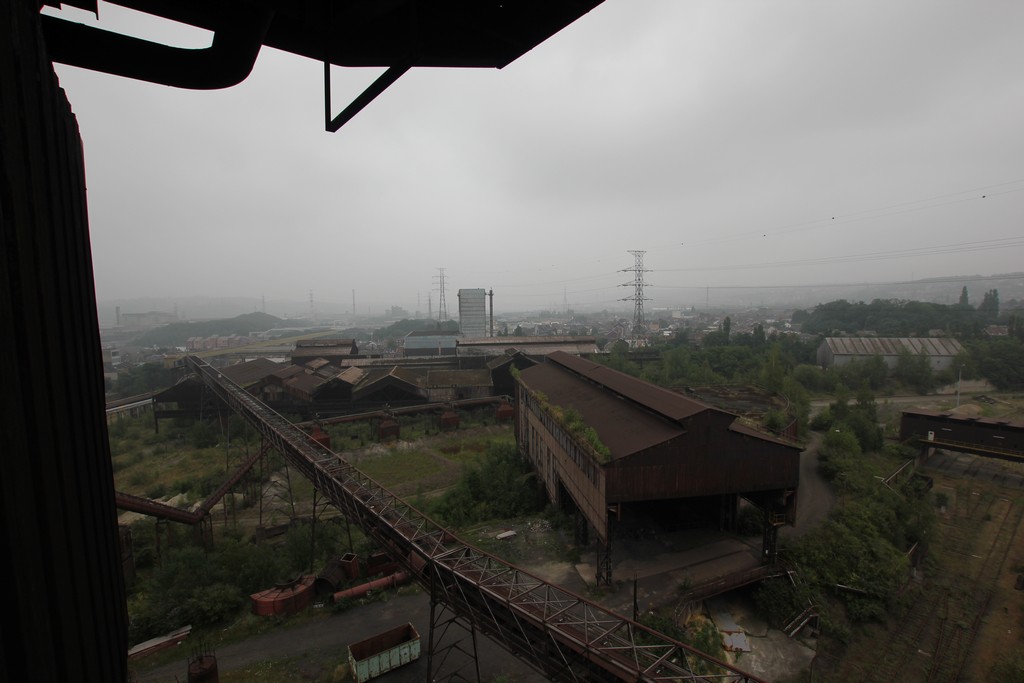 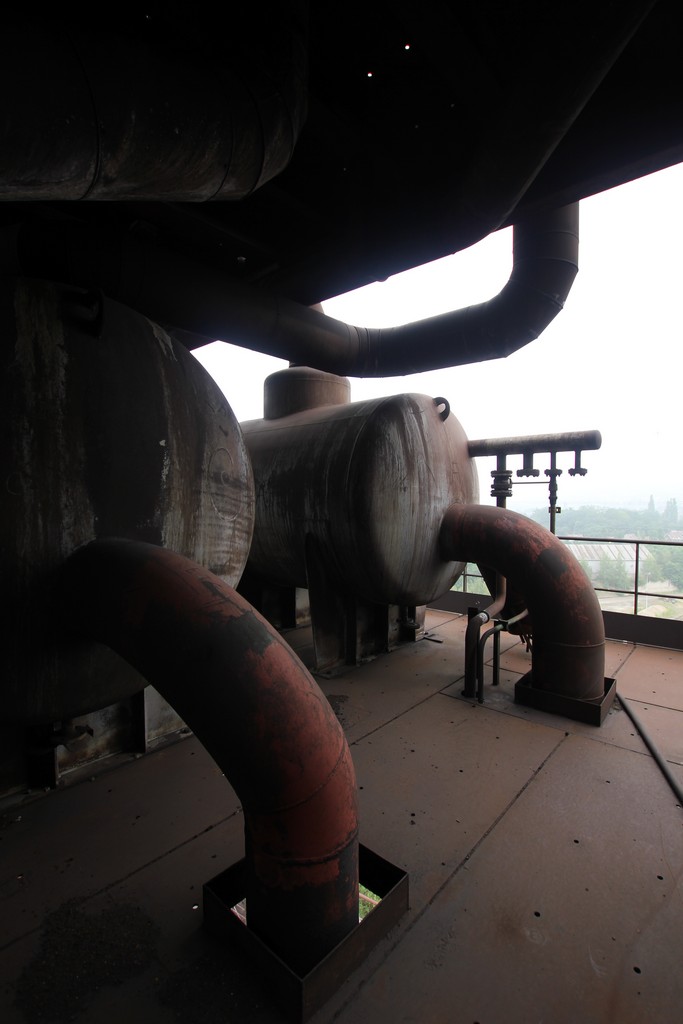 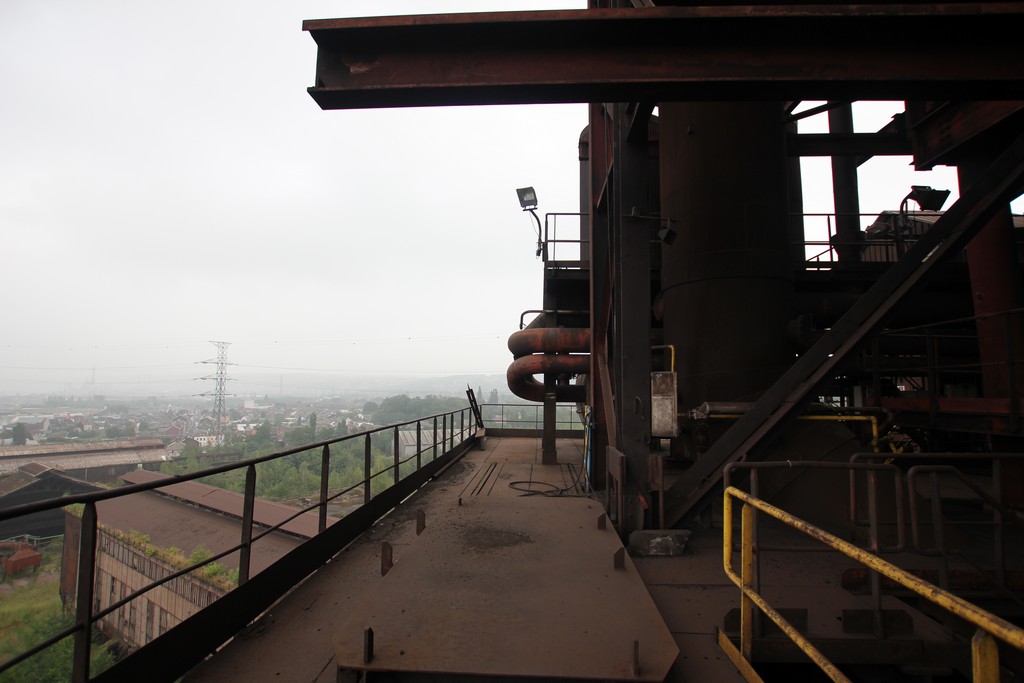 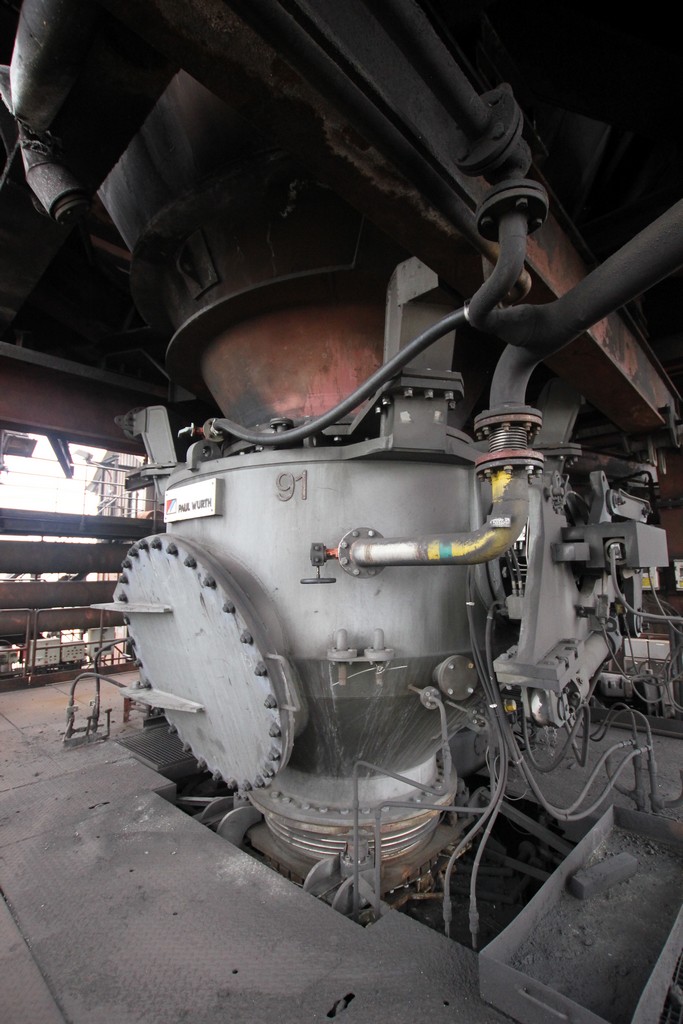 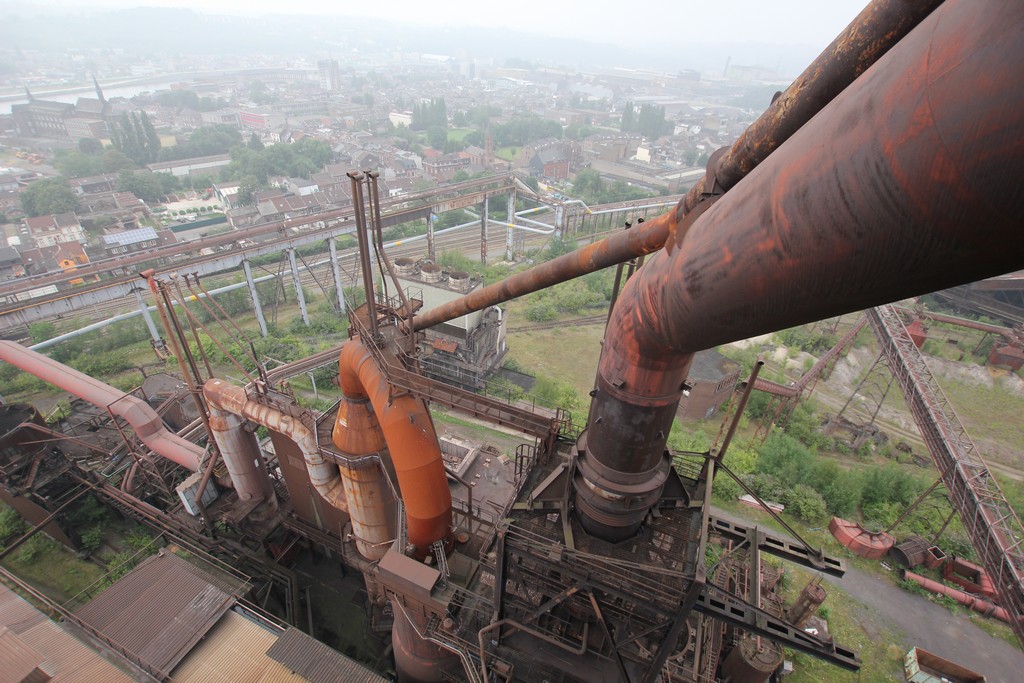 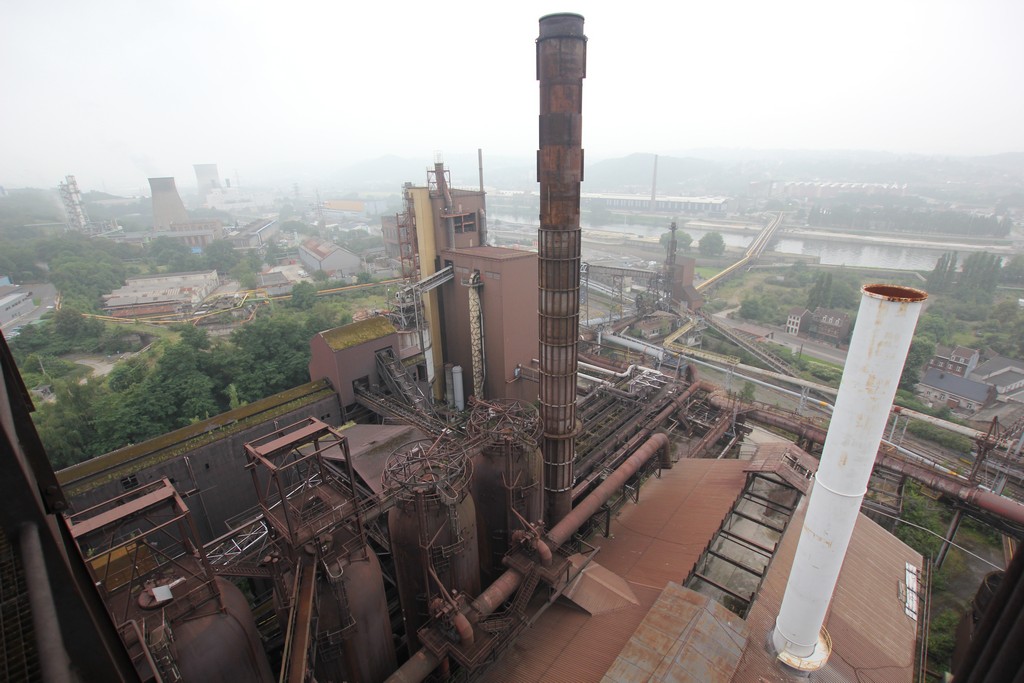 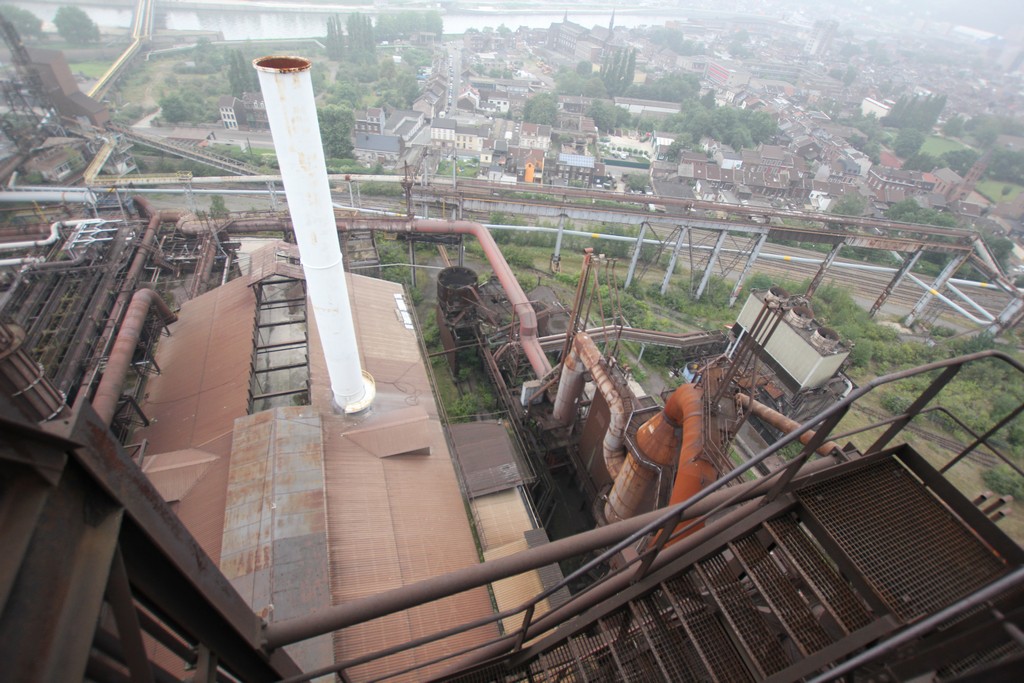 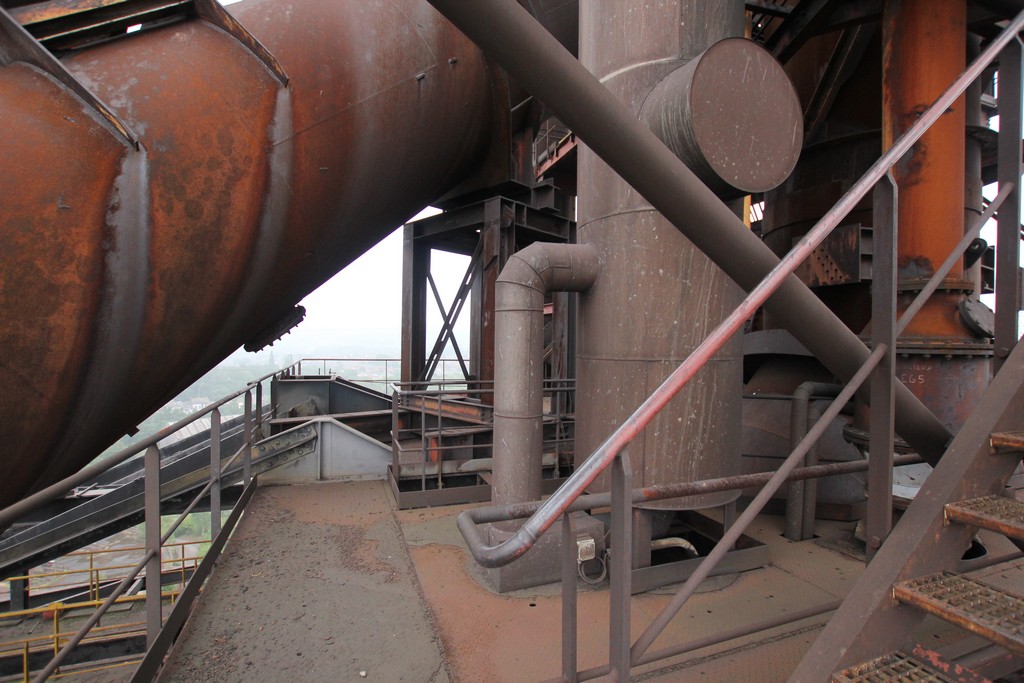 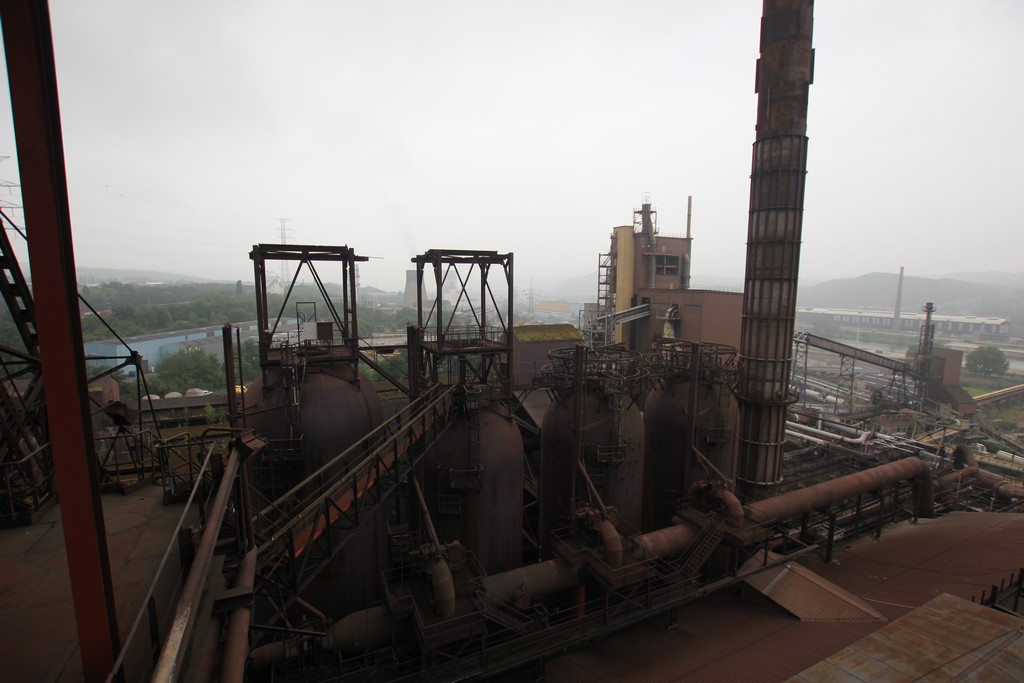 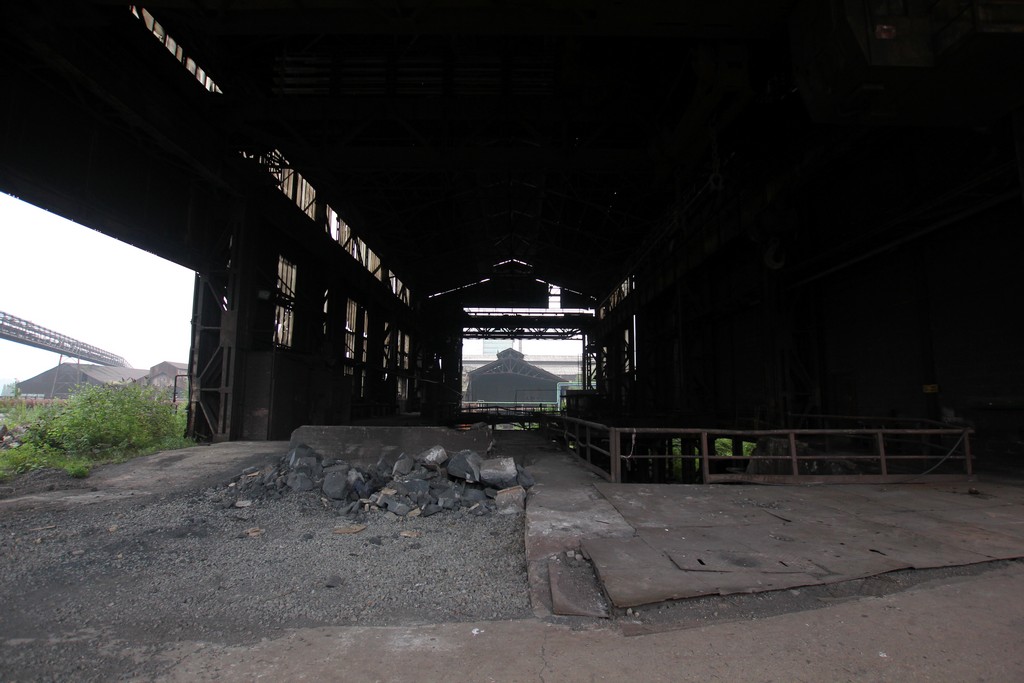 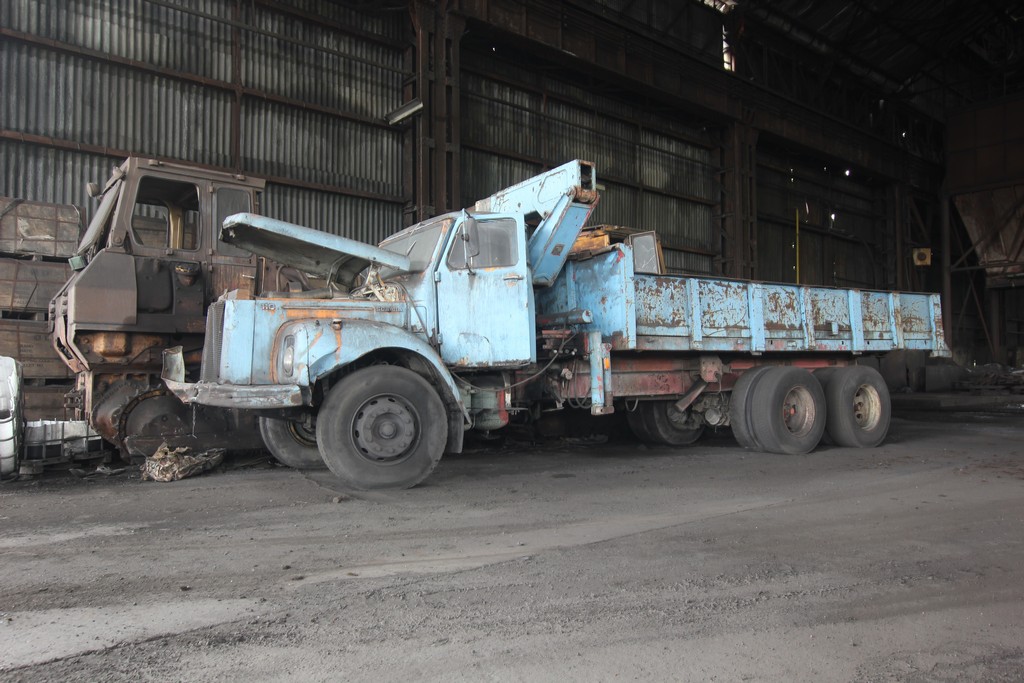 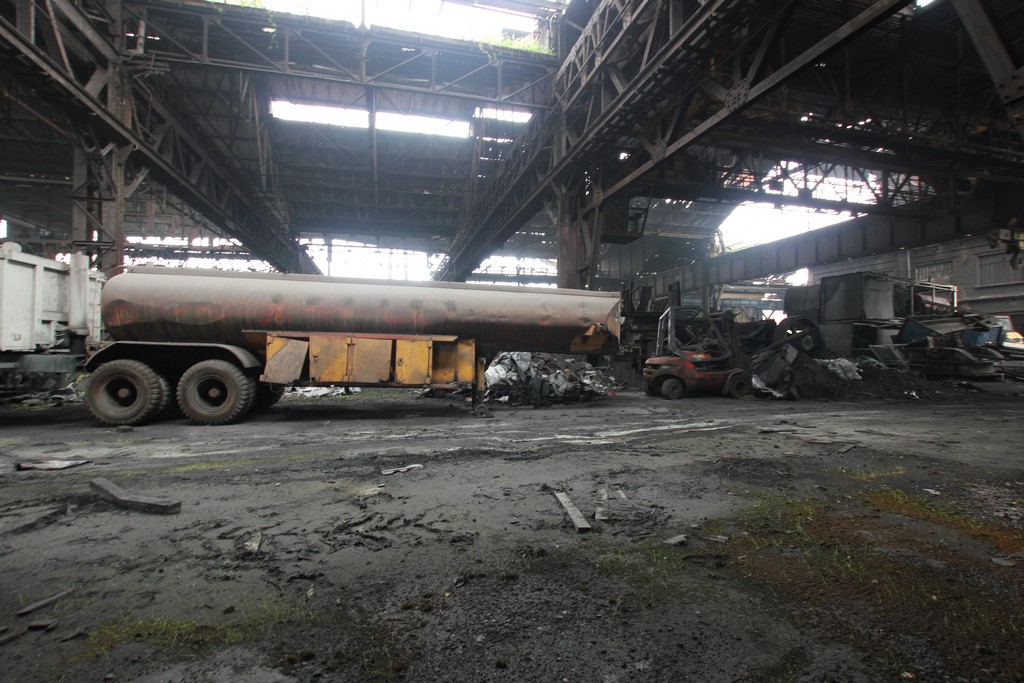 28DL Full Member
Wow what a place! Great stuff, thanks for sharing!!

Regular User
What a beast of a place Mook. Loved the narrative and despite the dull weather you got some spectacular shots.

HughieD said:
What a beast of a place Mook. Loved the narrative and despite the dull weather you got some spectacular shots.
Click to expand...

HF6 was one of the original and best, ever since I saw it for the first time I knew I had to do it. I'd have kicked myself had I missed the opportunity!

Regular User
I know the fence to which yu speak if you went the same way we did on my return in 2015,being all manly and shit we carefully squeezed thru the rolls of wire and under the main fence,bloody lovely site this mate and you covered it well,we got shouted at by a man telling us he cal police but wandered back in.
RIP DHL​
You must log in or register to reply here.
Share:
Facebook Twitter Reddit Pinterest Tumblr WhatsApp Email Link