Regular User
1. The History
Set in its two-and-a-half acre grounds, Bontddu Hall is situated in Snowdonia National Park, five miles along the Afon Mawddach from Barmouth, overlooking the Irish Sea. The 20-bedroom mansion was built in 1873 for a wealthy English family. Formally known as Bryn Tirion, it was used as the country residence of the Mayor of Birmingham. It later passed into the ownership of the Hall family who ran it as a hotel that, over the years, attracted a number of famous guests, including prime-ministers Sir Winston Churchill and Neville Chamberlain and actors Richard Burton in 1949 during the filming of “The Last Days of Dolwyn” and Sean Connery whostayed here during the filming of “First Knight”.

A couple of archive shots of the hall in its heyday: 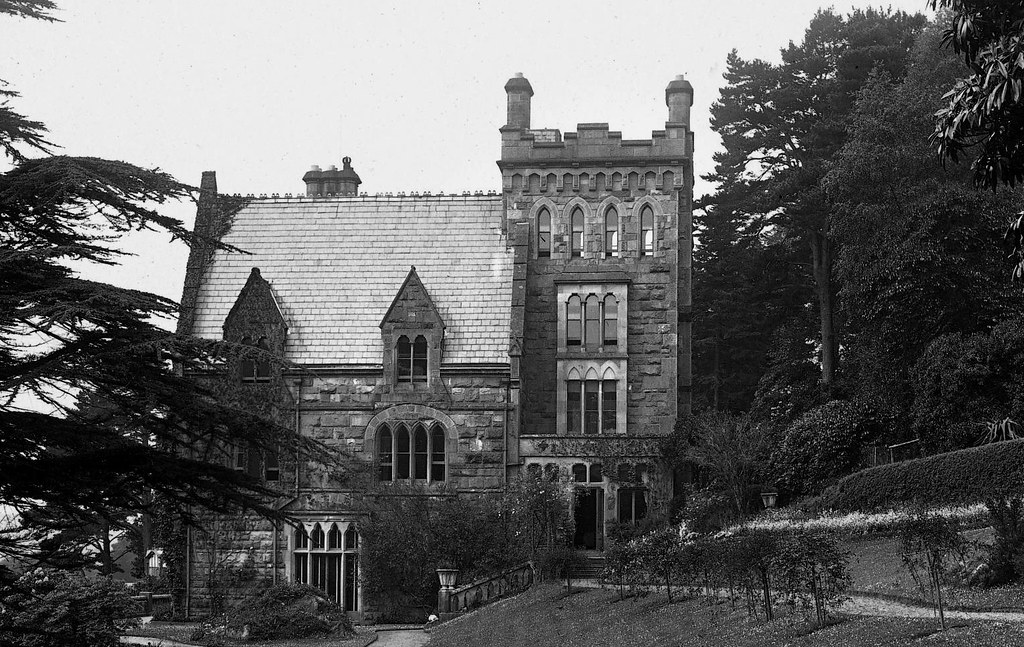 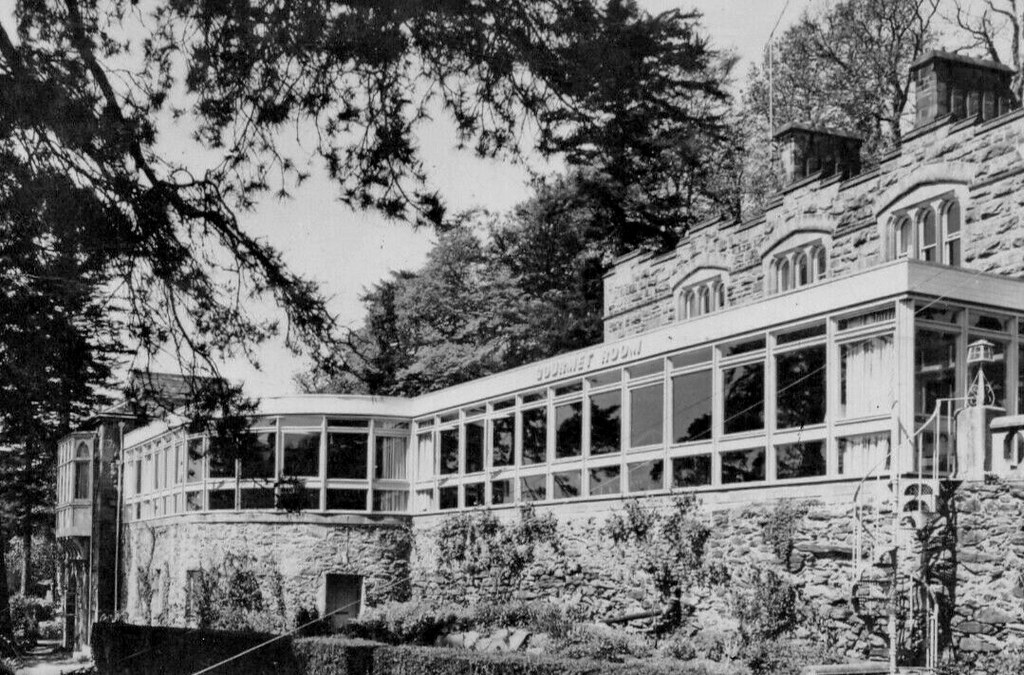 The Hall was bought by London-based businessman, Tong Yung-soo in 2001 and continued to operate a luxury hotel until 2004 when the new owner cited staffing difficulties as a reason for closing the hotel. He then announced that they would use the hotel as their private residence. Since then, restoration work had been on-going but unfortunately the property suffered a serious fire on the 5th June 2020, that tragically resulted in the death of the owner's wife.

The hall was then offered to the market for sale at a price tag of just under a million pounds, predominantly for redevelopment of the existing hall, or for an incoming buyer to develop as required, subject to relevant planning permissions and consents from the local authority.

2. The Visit
Last minute bit of intel about this place led me to visit here as I was in the area. Pretty prominent in terms of the main road and relatively easy to get into. It’s a sad sight as the old bit with the tower was no more than a shell. Beyond that, not a lot to say, so on with the pictures! 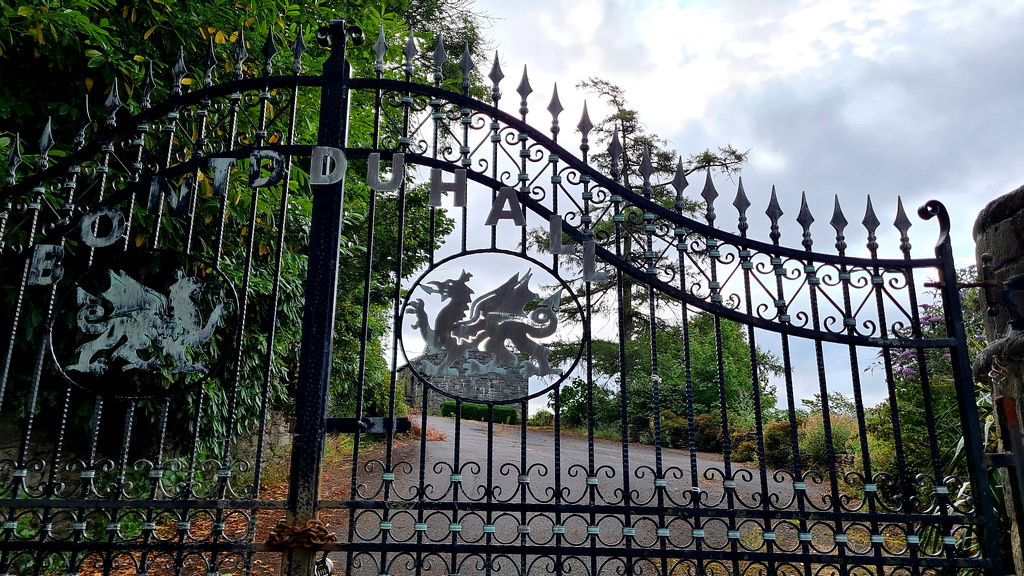 View from the road: 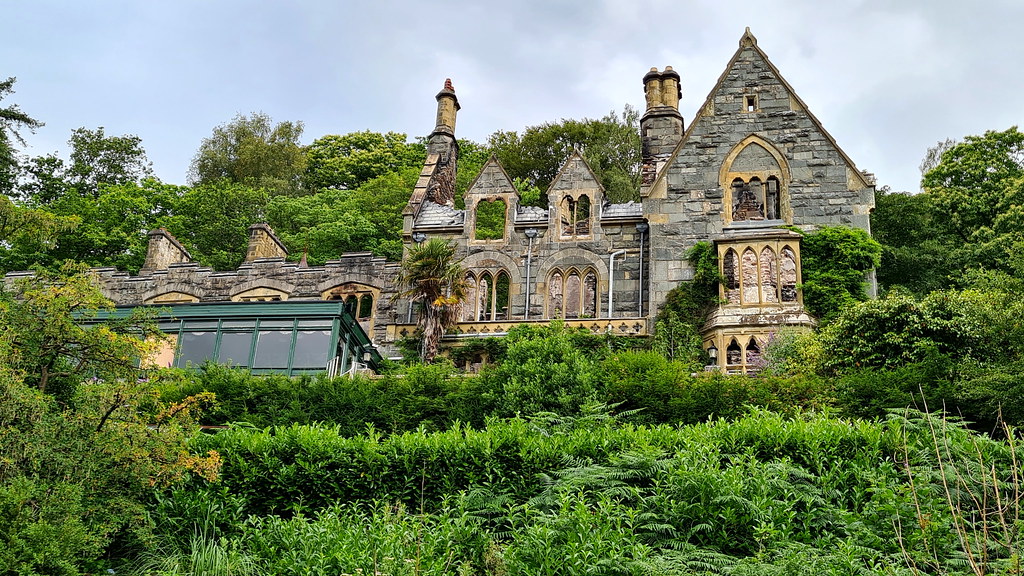 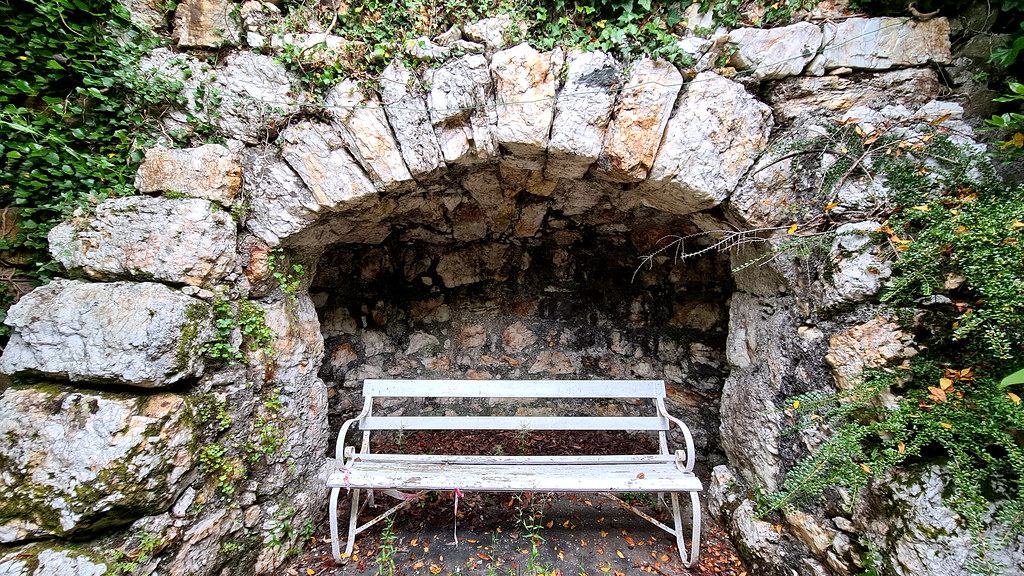 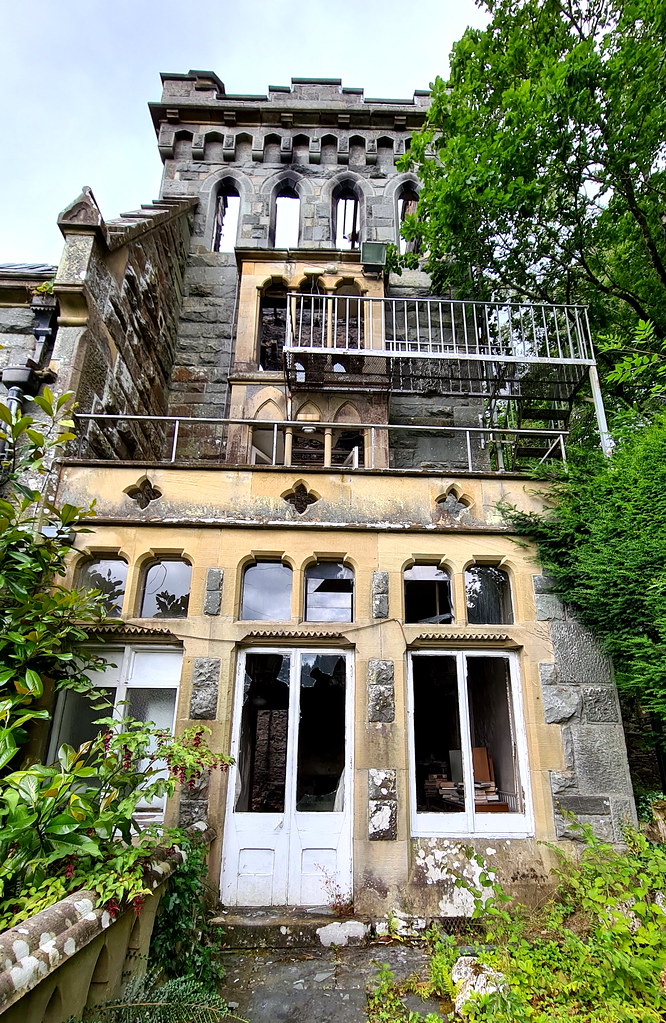 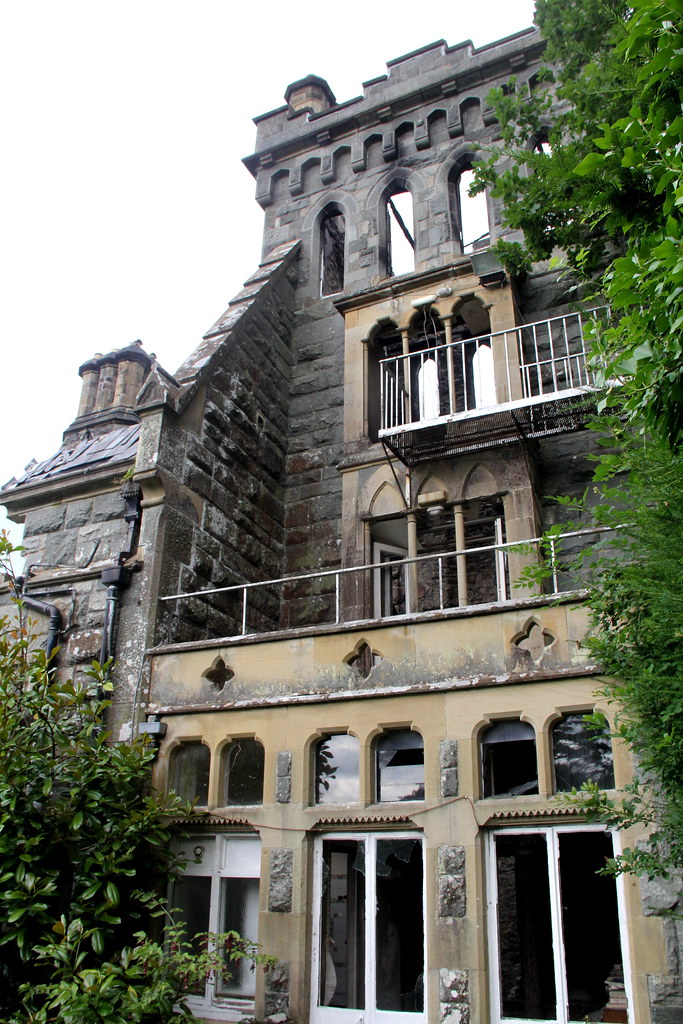 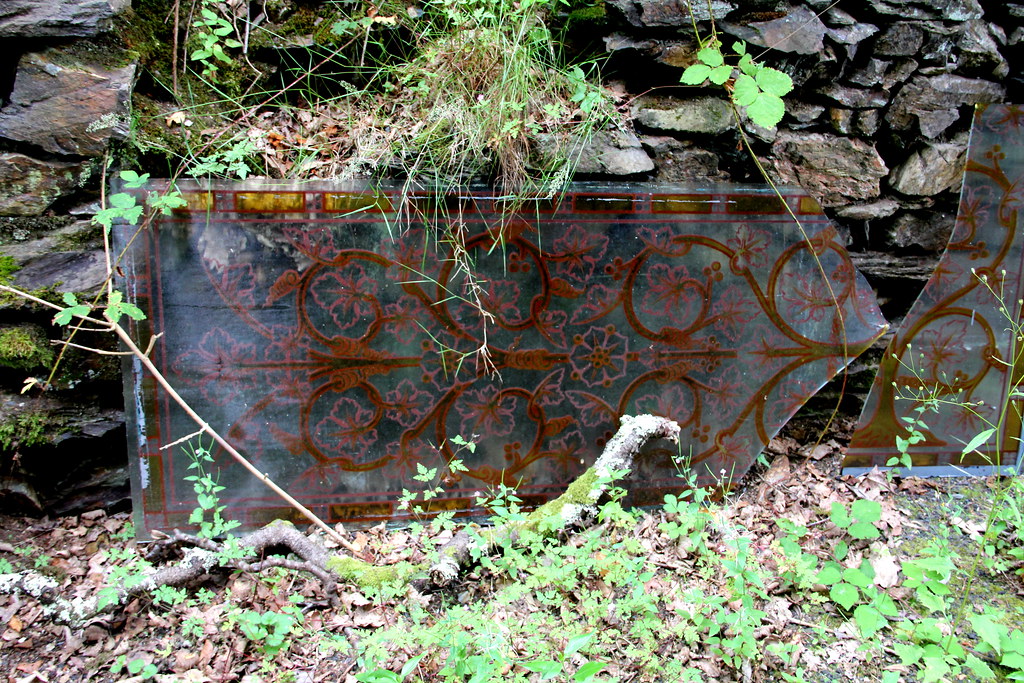 Ground floor level of the tower: 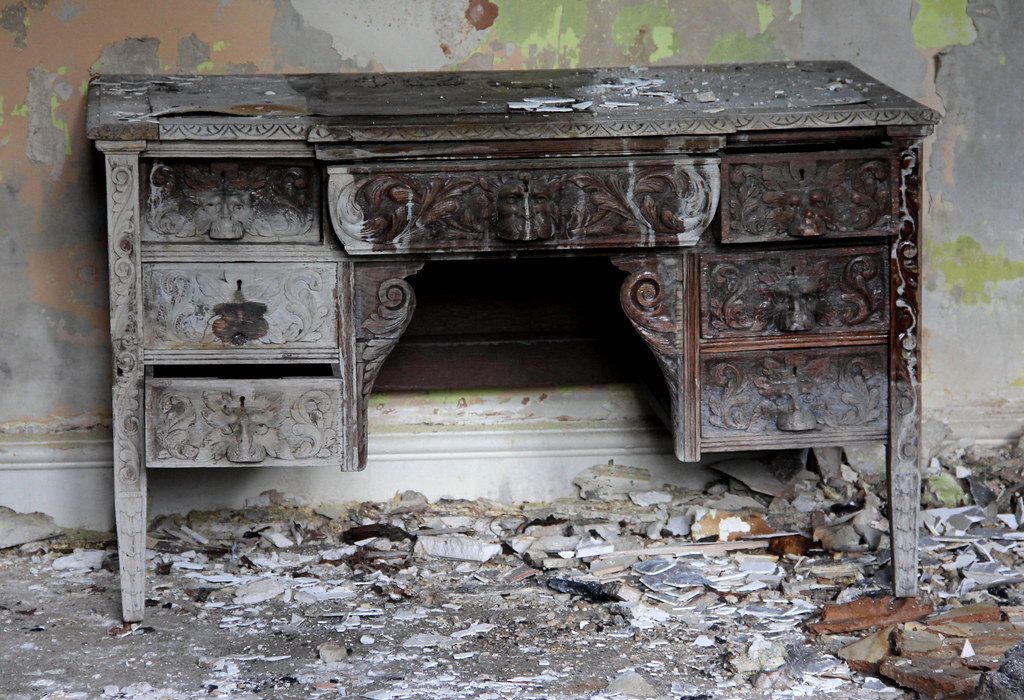 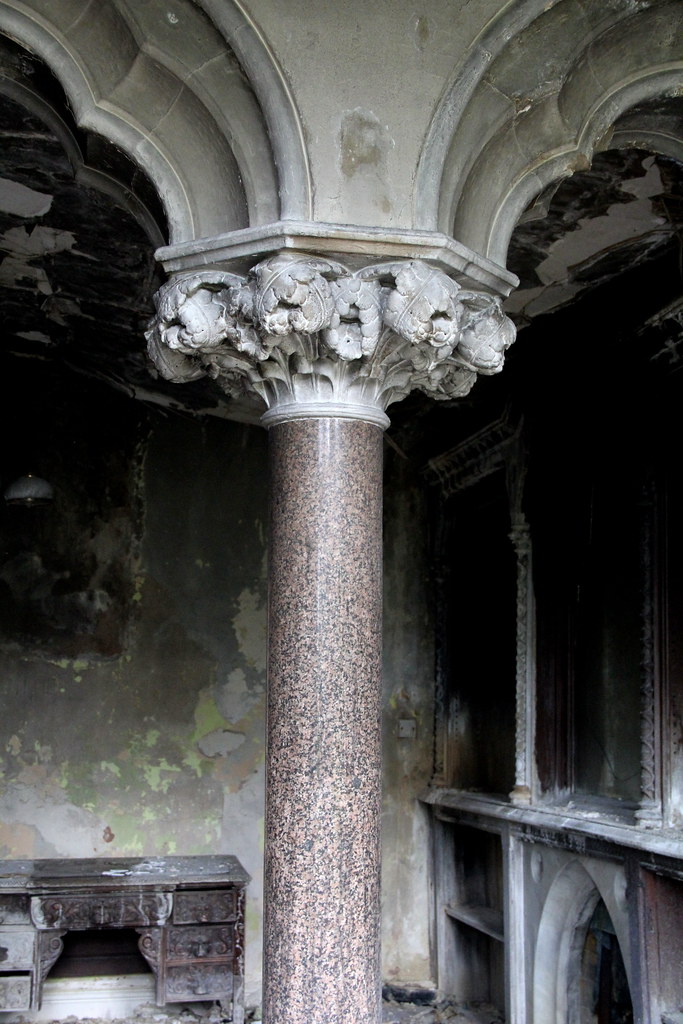 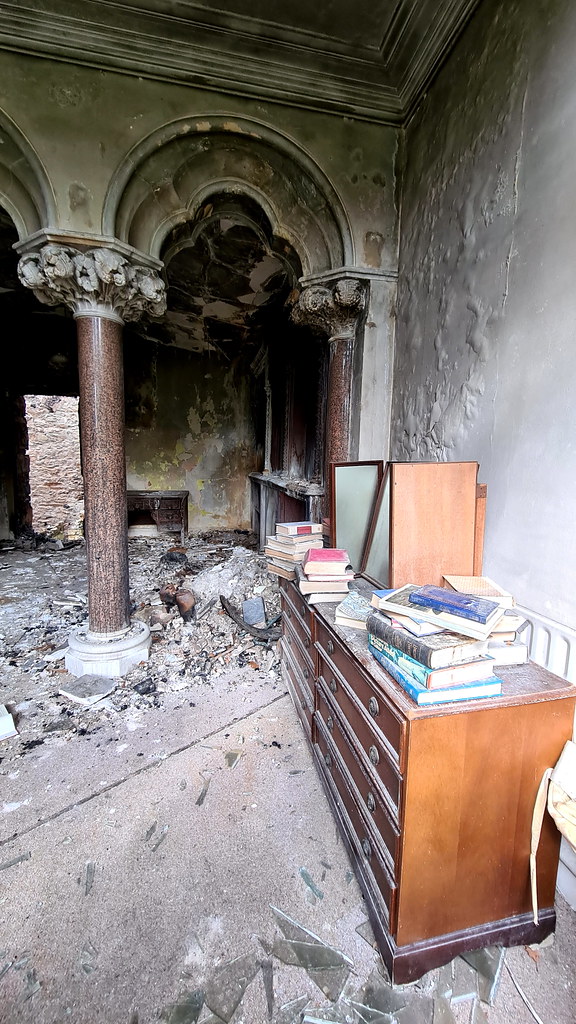 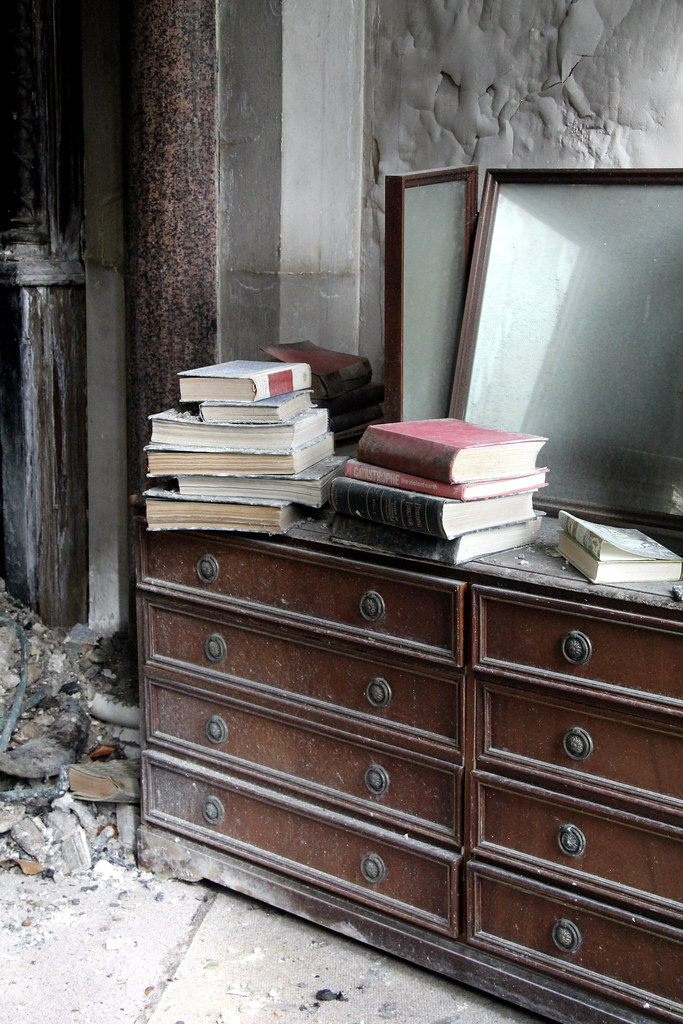 This is where the heart of the fire was: 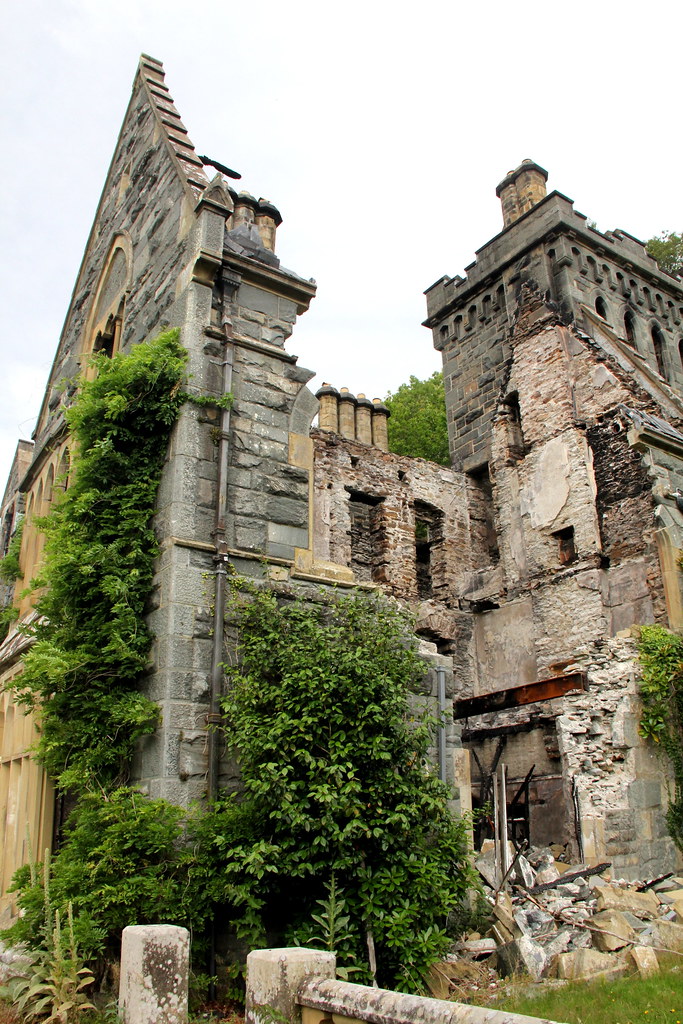 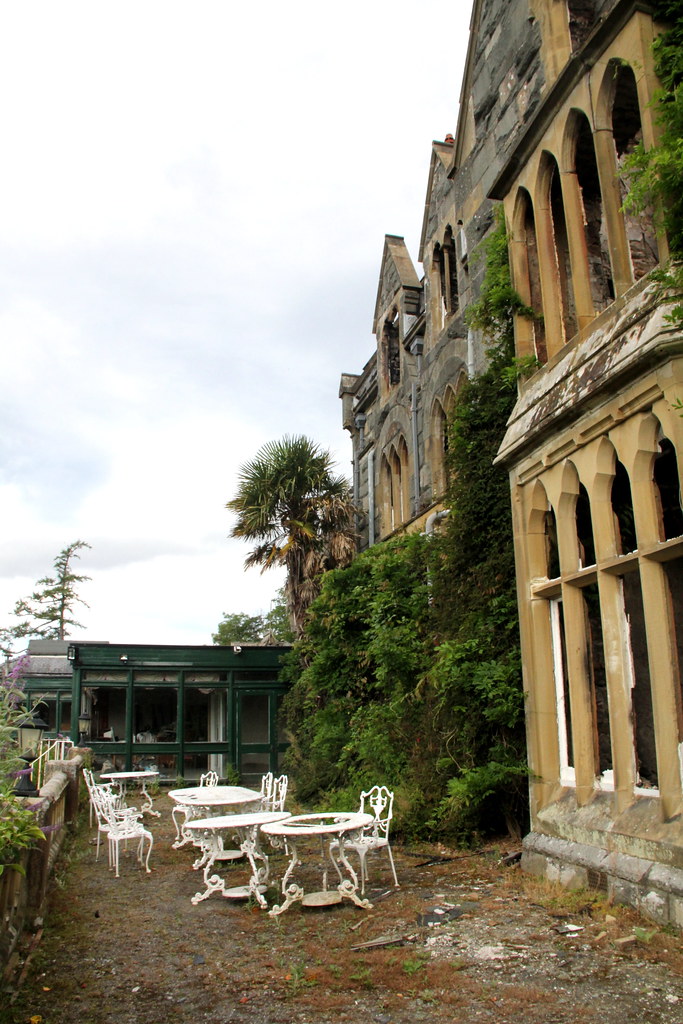 And it’s not looking good: 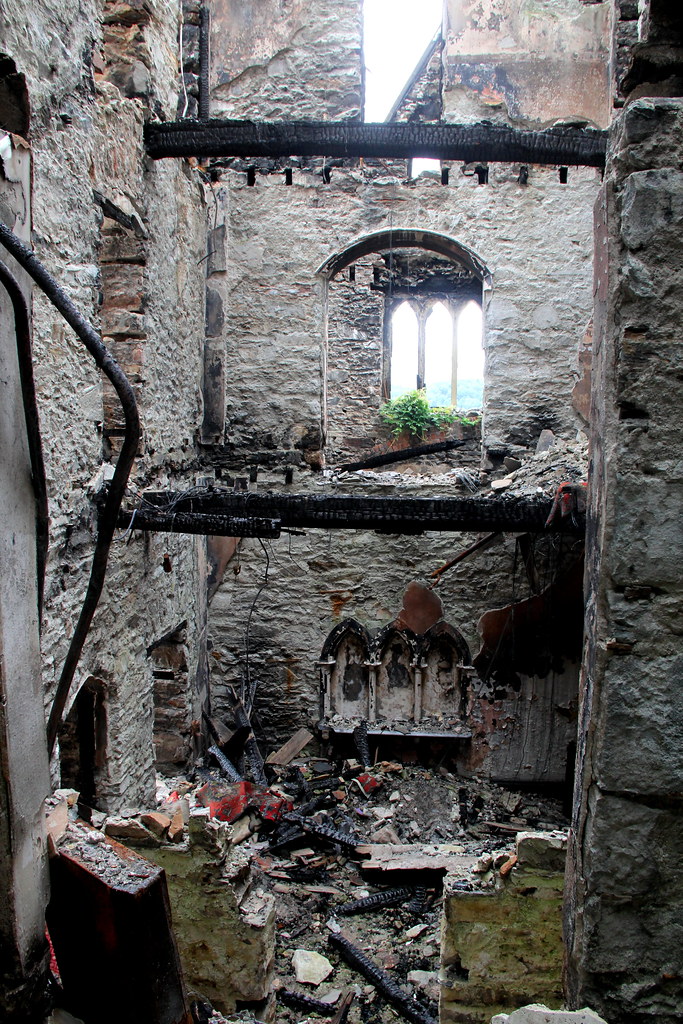 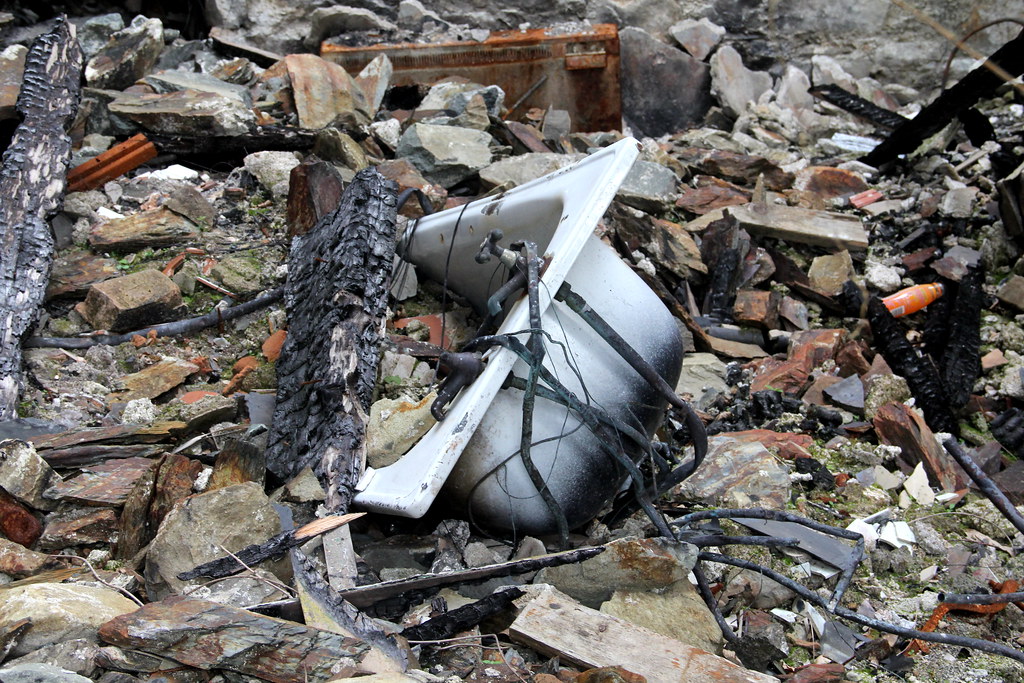 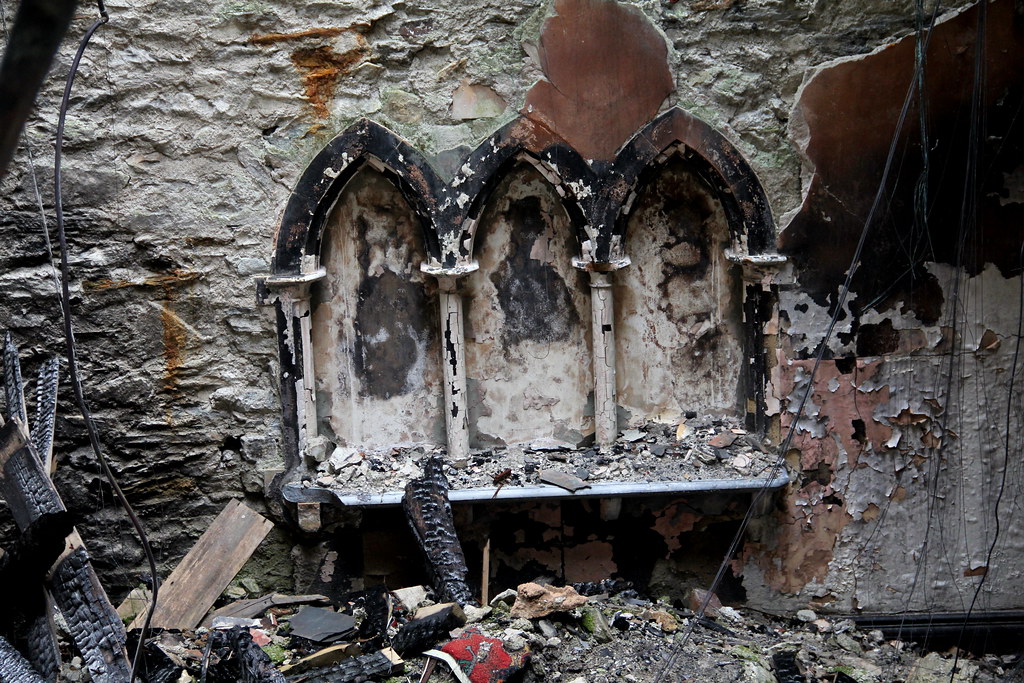 On to the bit that didn’t get totally destroyed by the fire: 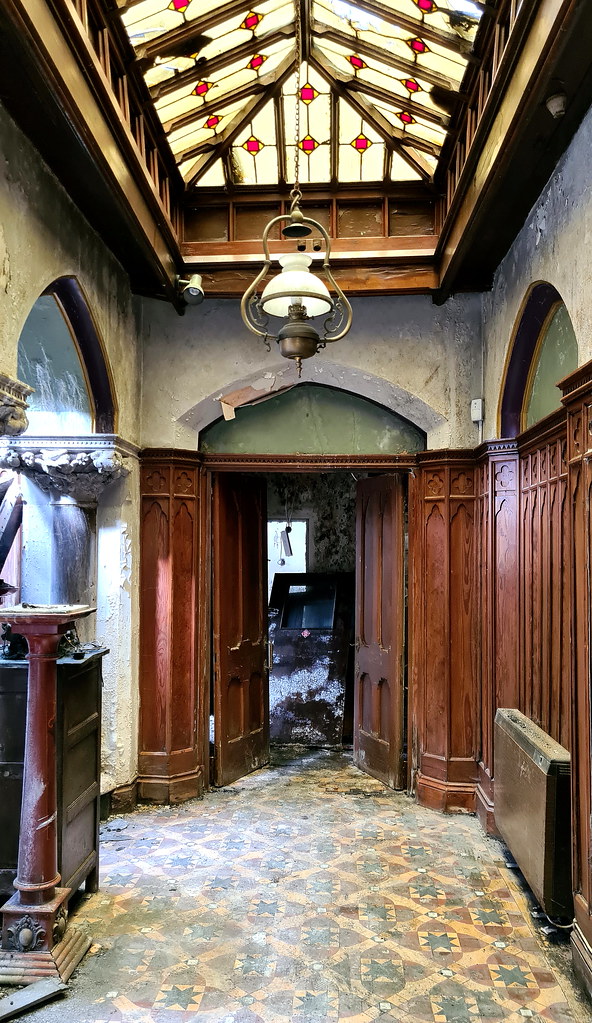 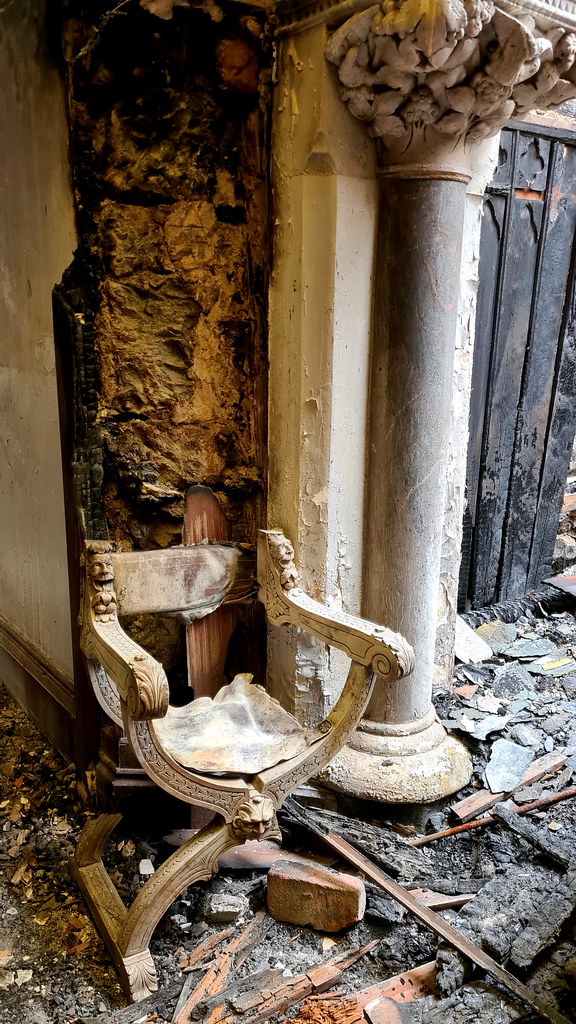 Stacked up old TVs from the guest bedrooms: 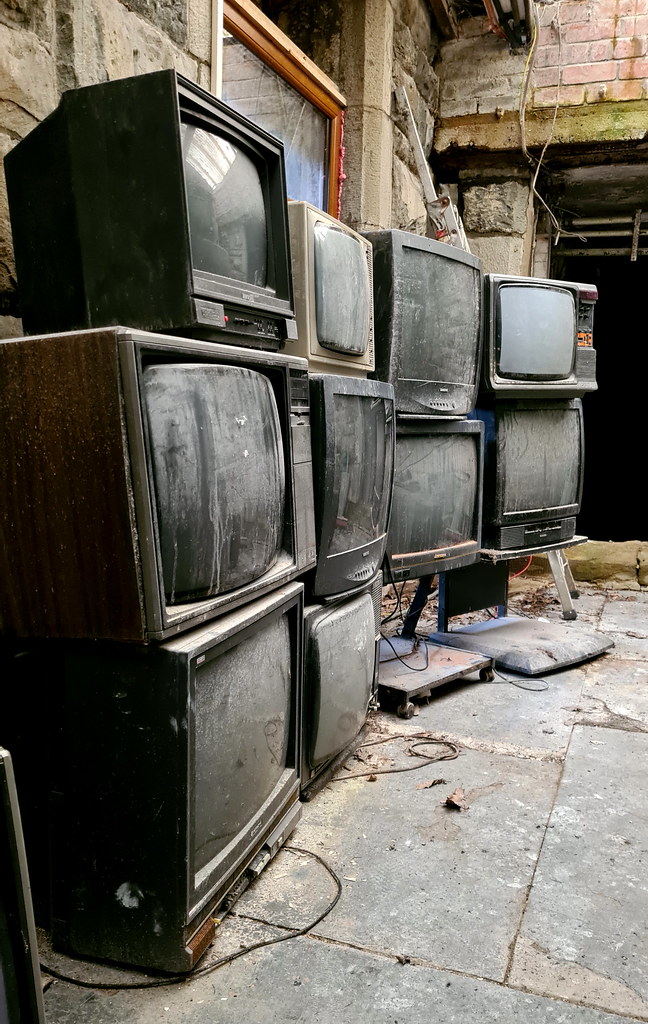 This was the best bit. The Hotel’s former bar area: 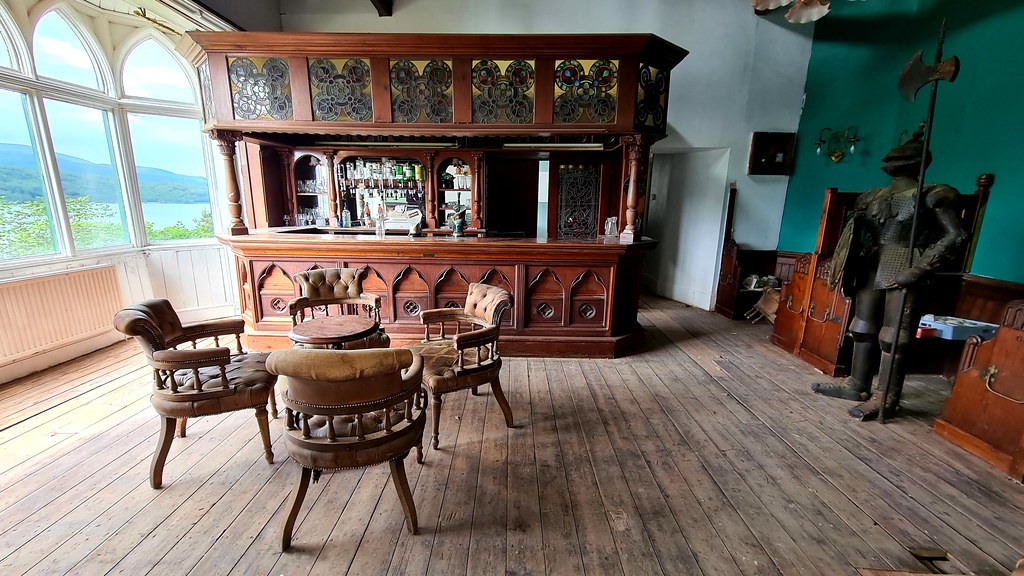 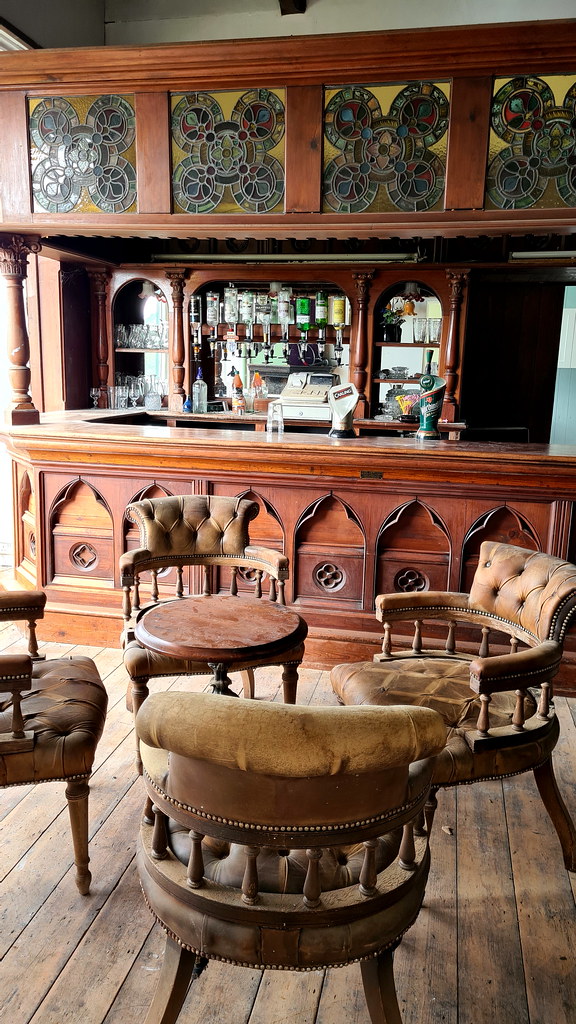 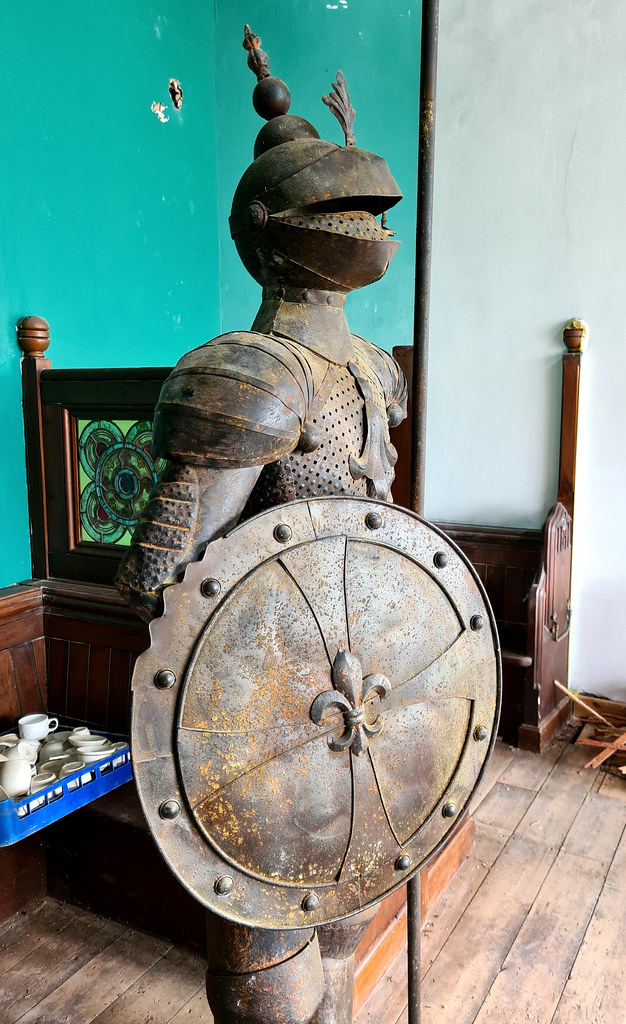 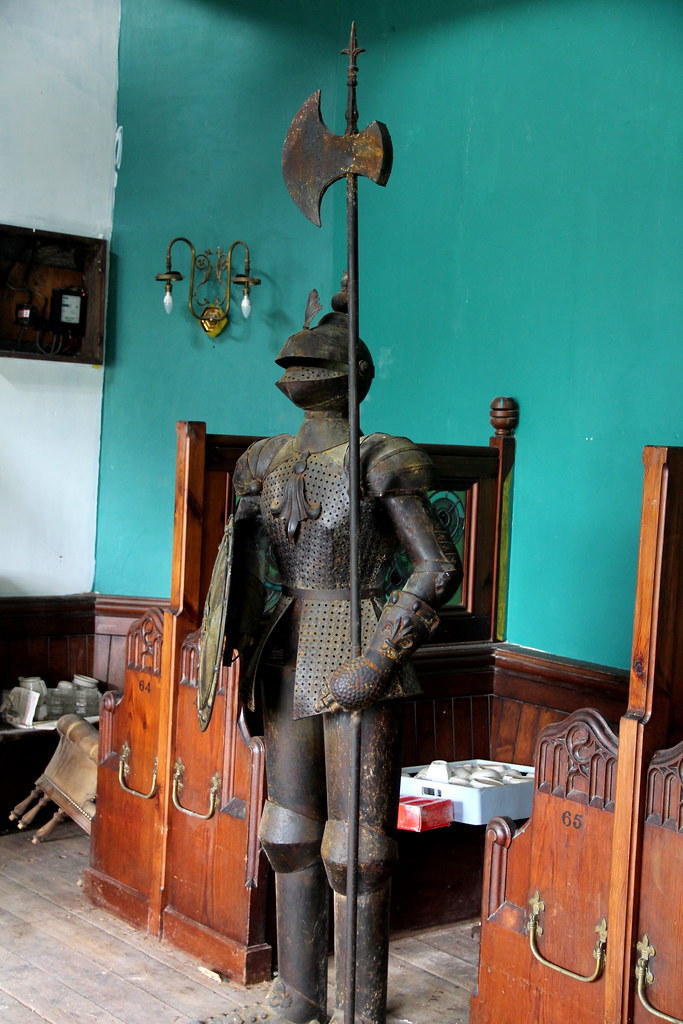 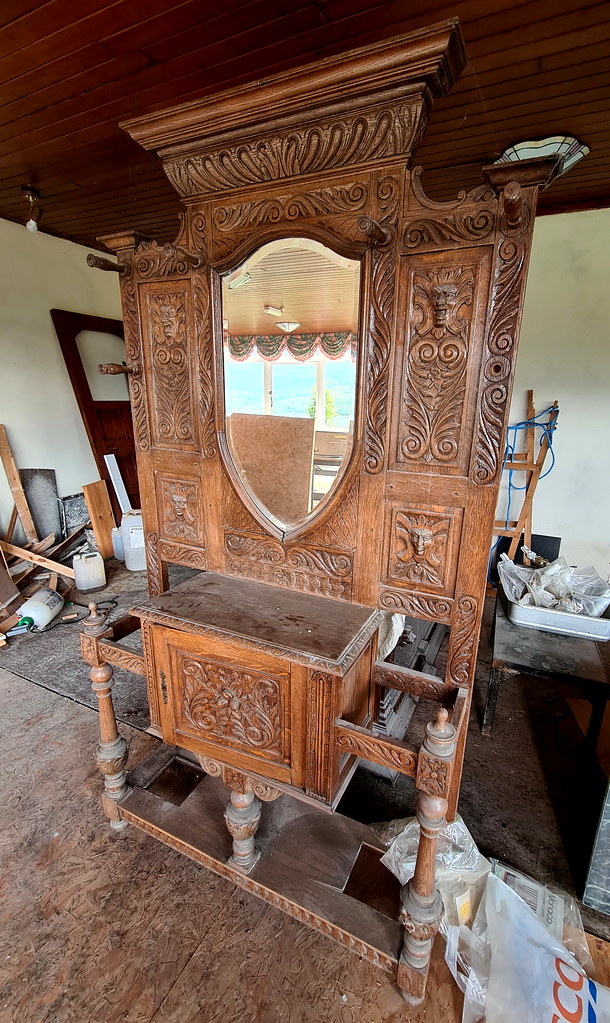 This was the former dining room, off the bar, that looks like it was undergoing restoration at the time of the fire: 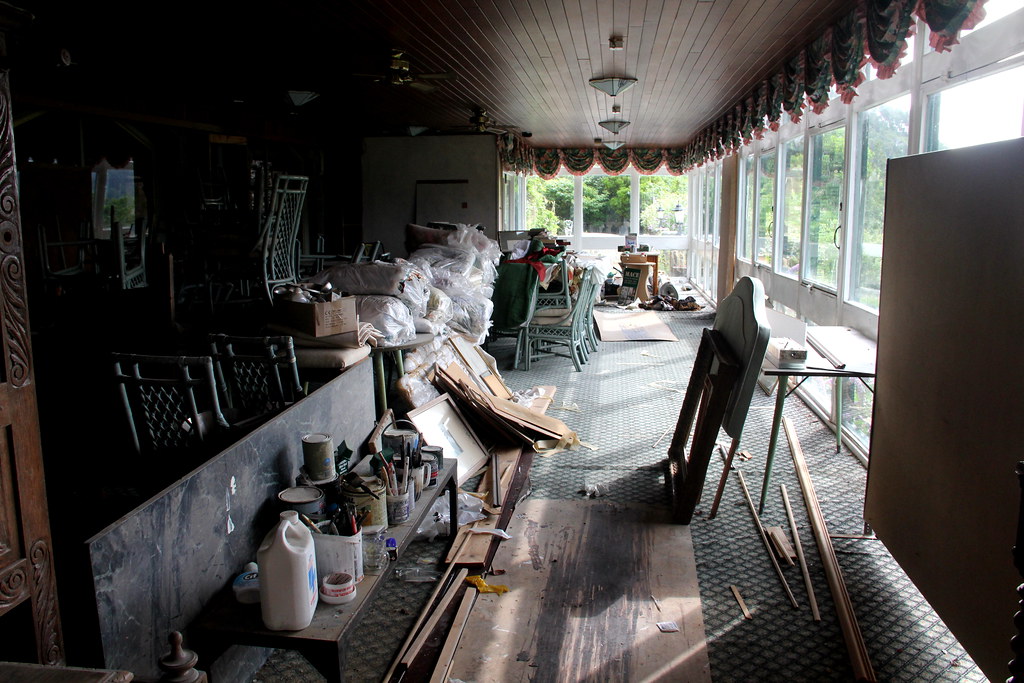 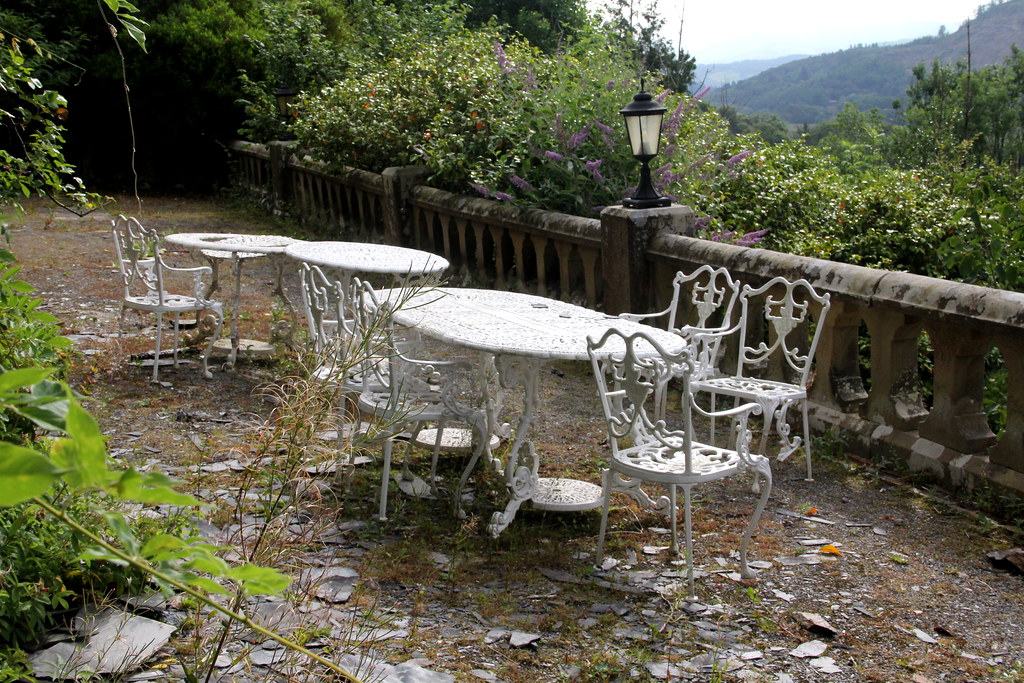 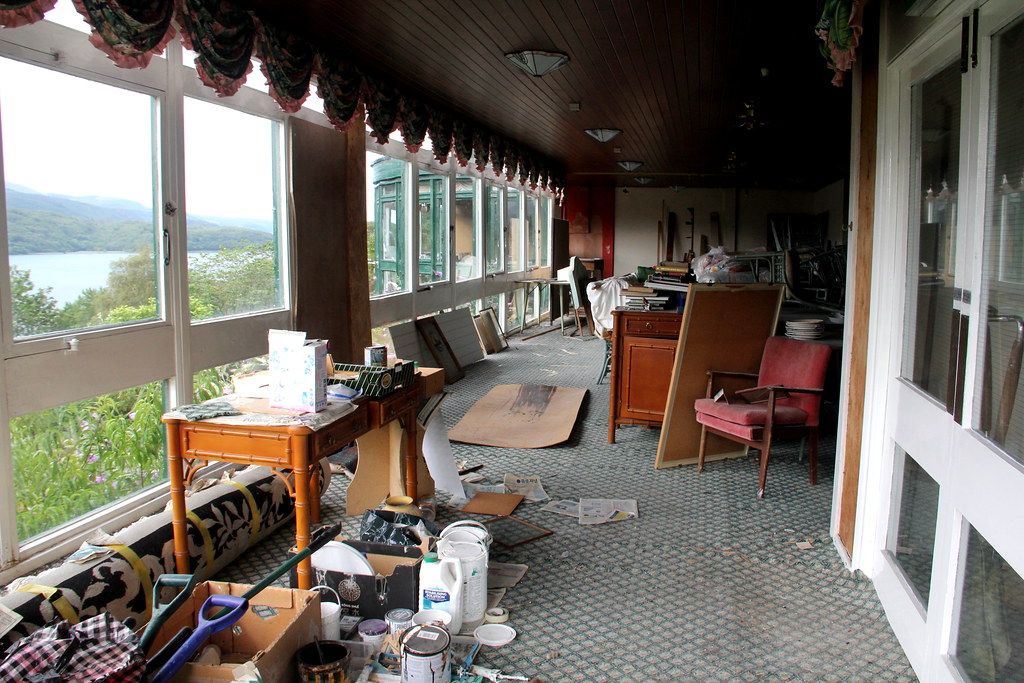 And some nice old wooden paneling: 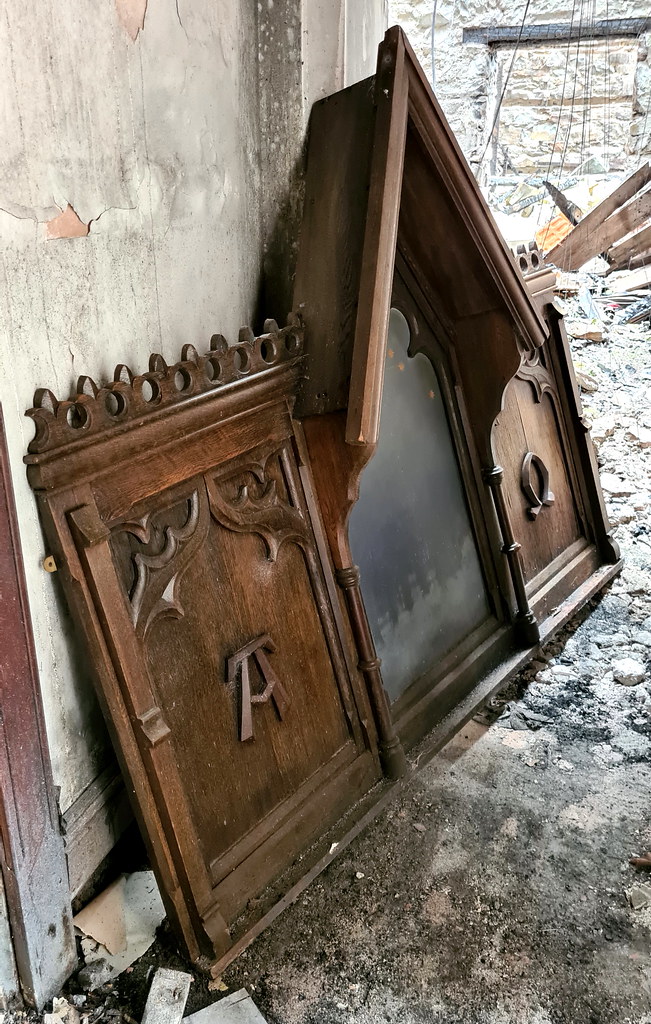 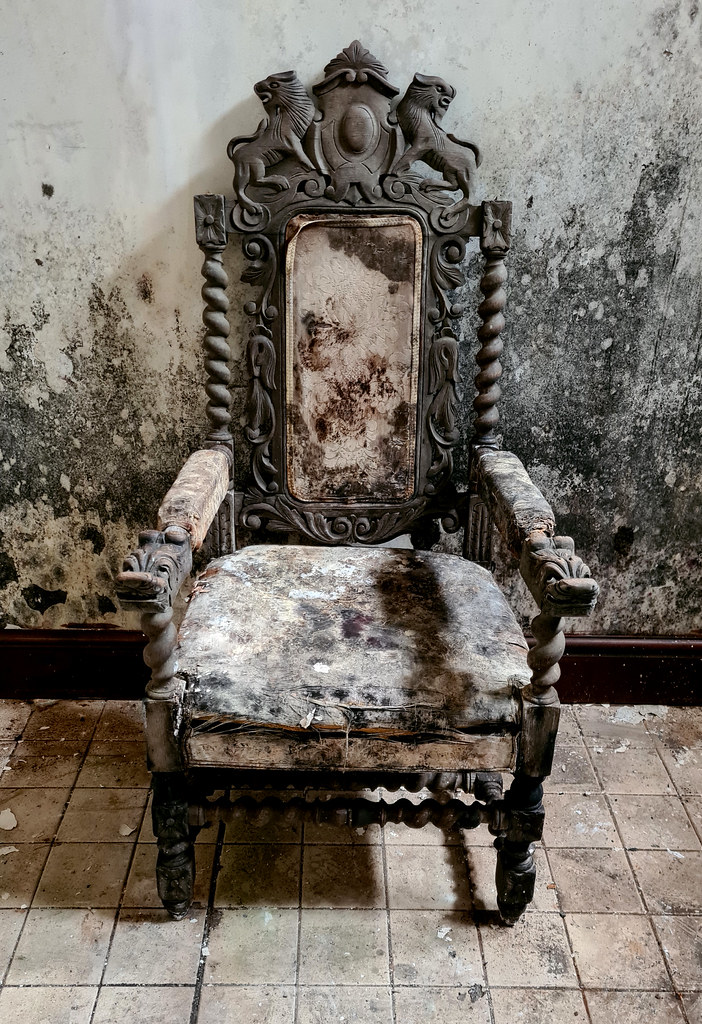 Regular User
Nice report. I noticed this on my way to Barmouth in July. Loads of stuff round that area.

Regular User
Ah yes the number one tourbus stop of 2021
I'm not from Birmingham.
I don't know where 'Hunters House' is.​

28DL Full Member
Loving that suit of armour. Worth a visit just for that! lol

host said:
Nice report. I noticed this on my way to Barmouth in July. Loads of stuff round that area.
Click to expand...


MK83 said:
Loving that suit of armour. Worth a visit just for that! lol
Click to expand...

Think is was gone a day or two after my visit.


mookster said:
Ah yes the number one tourbus stop of 2021
Click to expand...

It did become something of a tourbus stop, yes...

Regular User
Very nice set. Great report & read. Some beautiful things there. Bits that escaped the fire show how fine this place was. Im surprised with the amount of damage. What a sad situation.

28DL Full Member
Fairplay for getting there .. couple months back everyone was rushing to this, heard the owners have cleared it out now aswell I missed the bud for this one was kinda to far for me lol

Regular User
NIcely done. As above u did well to get in when u did I dont think there is much to see now!

Carlgunz said:
You do what you like pal I am just saying everyone knows this page is the place to come if someone wants a easy location because the names are as above. I had shit allover Facebook for a aerial shot of the place I took.....then I go ans see the actual location is on here. You keep saying the locations mate....maybe you will do one soon I haven't got.
Click to expand...

Did u post the ariel shot of this on fb? ( I know someone did) it was that post that put this out, it was so easy that anyone with a computer & one working eye could find it lol
P

28DL Full Member
It was after Exploring the entity put his posts up it got really hammered, if you want a laugh watch some of his videos there absolutely awful

Paulnwillow said:
It was after Exploring the entity put his posts up it got really hammered, if you want a laugh watch some of his videos there absolutely awful
Click to expand...

I believe that 'exploring the entity' is the 'carlgunz' who has been posting in this thread.

It shows the short-sightedness of these goons, this place was hammered all over Facebook and Instagram and YouTube for two months before it's appeared on here, yet they're still convinced that it's 28dl who hand locations out on a plate.
I'm not from Birmingham.
I don't know where 'Hunters House' is.​

Paulnwillow said:
It was after Exploring the entity put his posts up it got really hammered, if you want a laugh watch some of his videos there absolutely awful
Click to expand...

Bikin Glynn said:
Cant believe how naïve hes being to not realise it was almost entirely his post that gave the location away
Click to expand...

By his own admission he got a lot of flak for his FB shots. And when the cat's out the bag, the cat's out the bag. Which even makes it more ironic he made the comment he did on this thread. He's gone very quiet, hasn't he?
You must log in or register to reply here.
Share:
Facebook Twitter Reddit Pinterest Tumblr WhatsApp Email Link