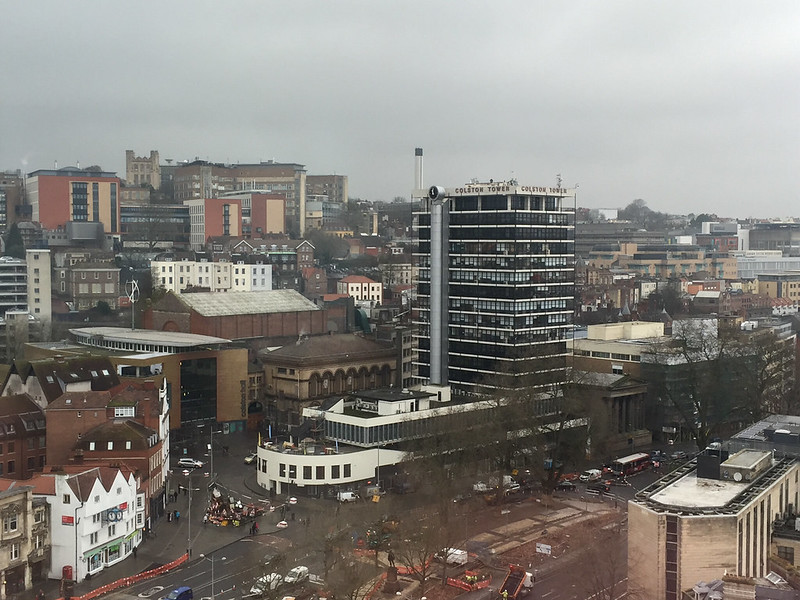 The tower - as viewed from the Raddison Blu hotel

Colston Tower is an 18 storey office building in the centre of Bristol. It's 63m high, which is 1m shorter than One Redcliff - another high rise in the city centre. It sits at position number 7 on the tallest buildings in Bristol list as of April 2020.

The building is named after Edward Colston, who was a Bristol born English Merchant, Member of Parliament and rather controversially, a slave trader. It's because of the tie to slavery that the similarly named Colston Hall (opposite the tower) was the centre of a petition for a change of name to cut these ties.

Interestingly, the clock was not added to the structure until many years later in 1996. I was still in nappies at that time

SO anyway, after meeting up with @WhoDaresWins in town for a wander, we got a message from a local climber who wanted to know if we fancied it. Naturally we wouldn't turn that down, so we headed to a now-closed coffee shop at the base (RIP Dom's Coffee house), acquired two large flavoured lattes and strolled in like we owned the place! As usual with doing rooftops during the day, we couldn't help but wonder how no one noticed (or at least reported) us messing around up there. I often try to consider the fact that maybe people don't look up as much as we think...

Notice how the centre looks in these photos. For anyone who knows Bristol city centre well, it'll bring back haunting memories of the (what seemed like) endless roadworks plaguing the area! That being said, it does now look rather smart so maybe it was worth it? 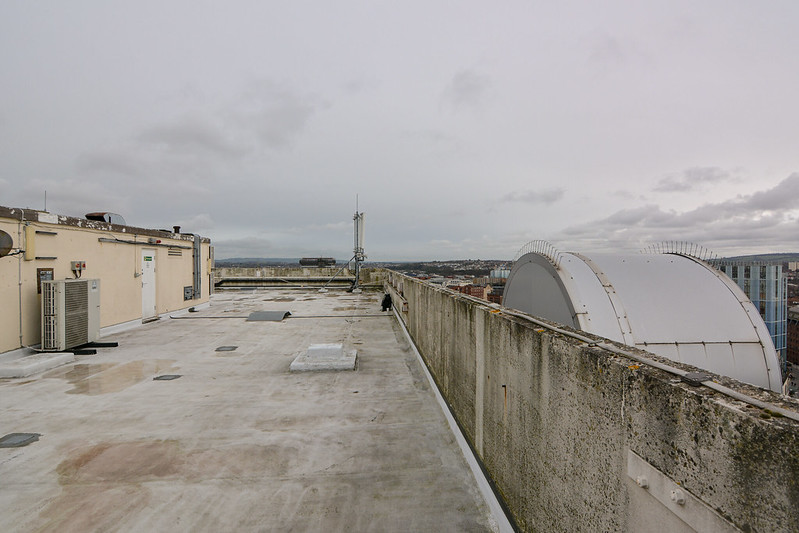 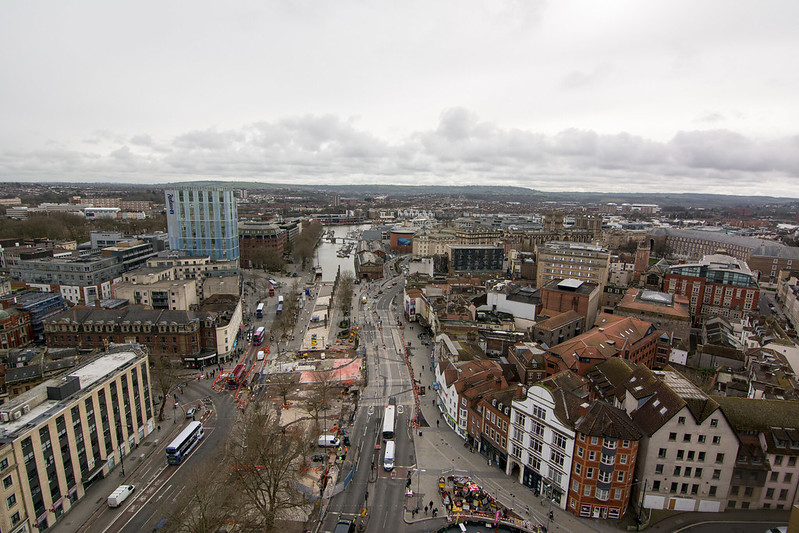 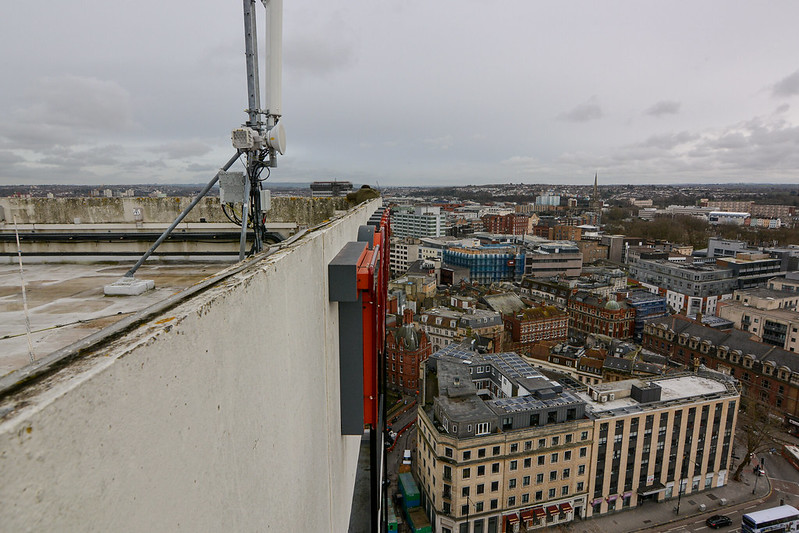 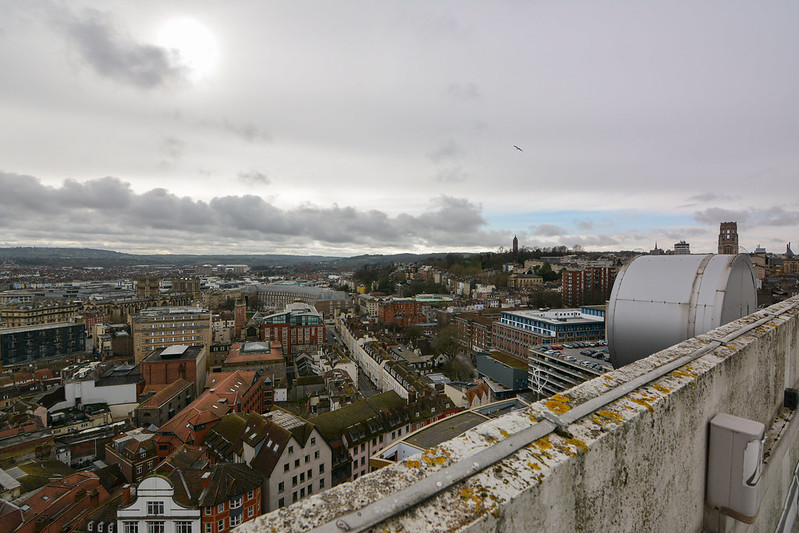 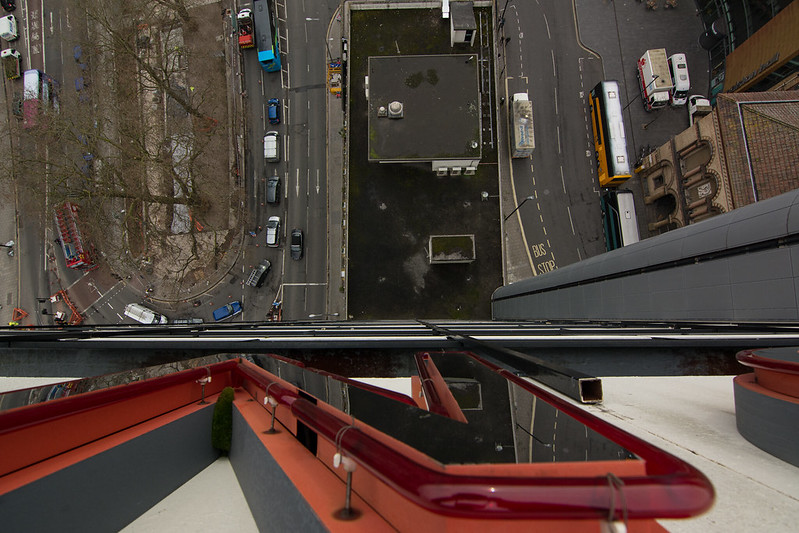 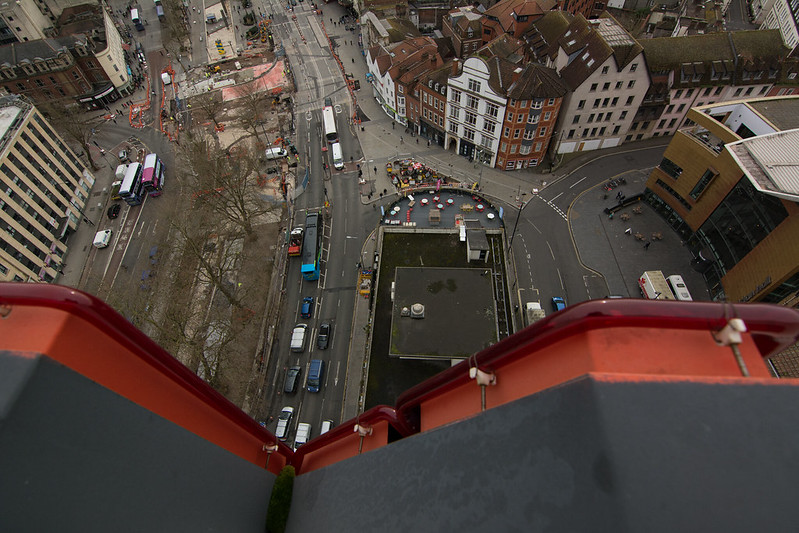 The clock - only (officially) accessible from the building's top floor 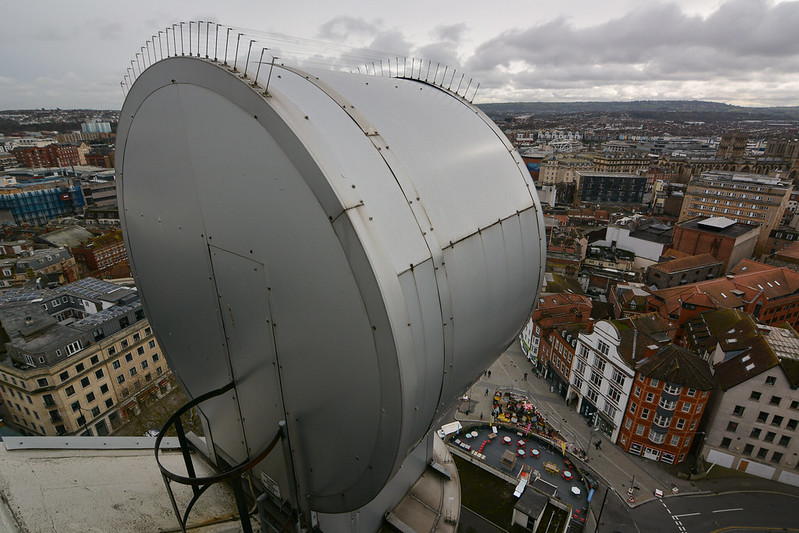 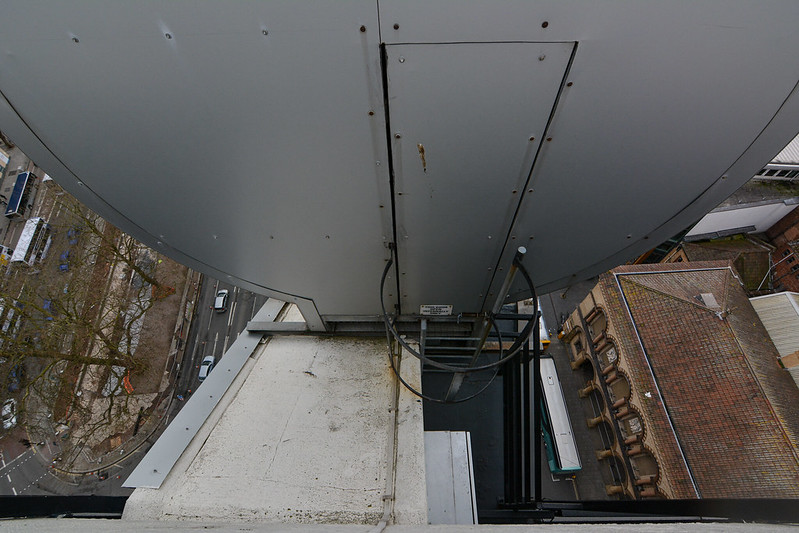 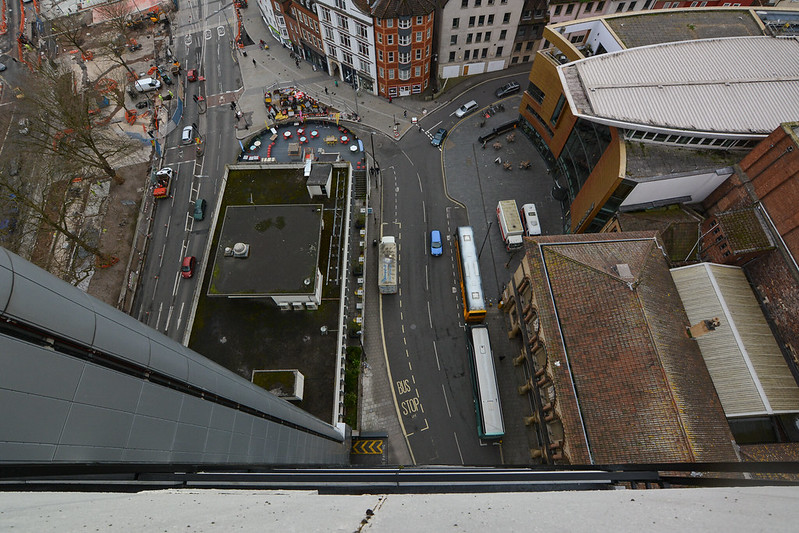 Finally, the sun came out! 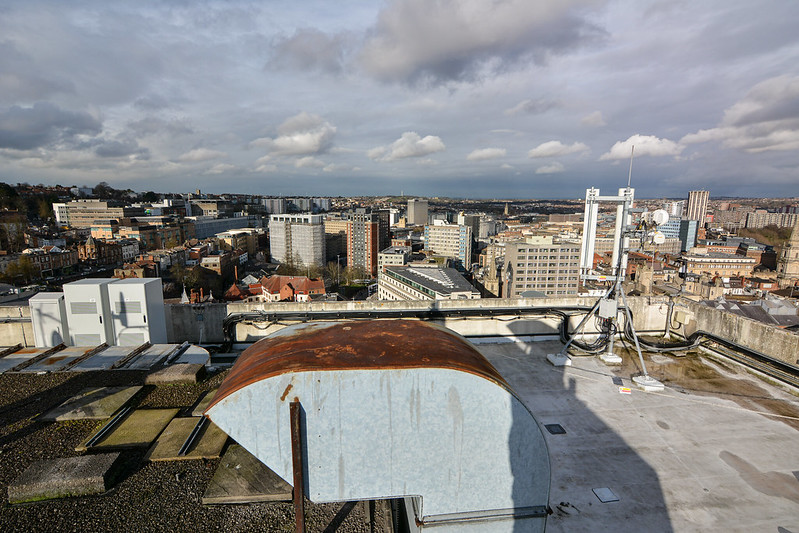 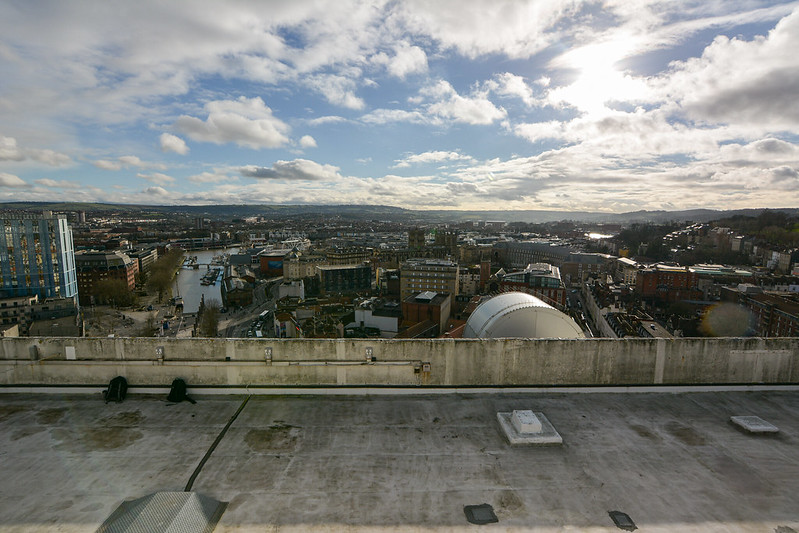 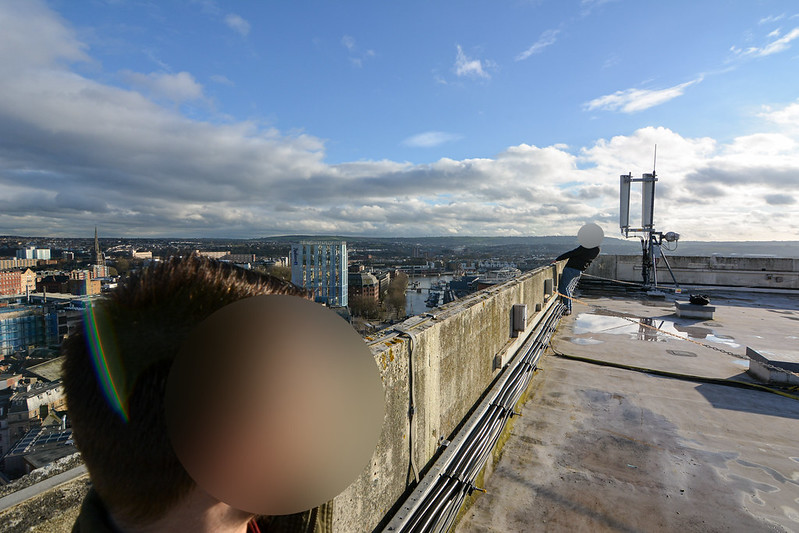 Watching them watch the city 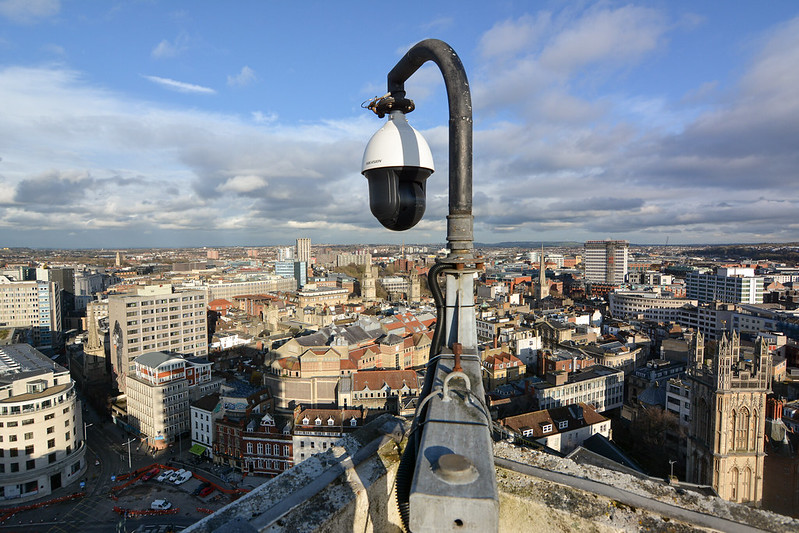 Next!​
Blurred Boundaries - 'busting Bristol wide open' - Louise 2012
SERVE CHILLED, LIKE SOMERSET
"I just have you saved in my phone as Mail Rail guy"​

Try watching someone BASE jump off it - that's good fun.
Blurred Boundaries - 'busting Bristol wide open' - Louise 2012
SERVE CHILLED, LIKE SOMERSET
"I just have you saved in my phone as Mail Rail guy"​
G

Seffy said:
Try watching someone BASE jump off it - that's good fun.
Click to expand...

Goontuber said:
What did you say ? For real ?
Click to expand...

28DL Full Member
I’m surprised the rabid Bristolian vegans didn’t implode at the name of this building and try and push it over.
Pictures paint 1000 words - Say no to YouTube.

xexxa said:
I’m surprised the rabid Bristolian vegans didn’t implode at the name of this building and try and push it over.
Click to expand...

Colston Tower has a new name

It echoes the new name for the nearby Colston Hall