28DL Full Member
Heres a request and a post to bait those who seek new challenges to get something I am interested in investigated close up. I have found a site which seems to have no reference here or in Subbrit. Its an estimated 200ft high redundant radio mast which looks to have a ladder all the way up. https://flic.kr/p/92qKdk
This is the now defunct DECCA navigation system, imagine the view from the top! Only thing is its adjacent to Farmer Silage's house so might be a night time proposx only unless you can get his permissx, farmers have always got dogs which can hear a fly fart half a mile away then they go berserk to raise the alarm . BUT most of the access road seems to be a public right of way as its yellow on the os maps 1:50k and 1:25k and leads to a footpath. Just off the A423 south of Southam near the Oxford Canal Warwickshire. I have a particular interest in Radio so Id like some specific pics of the construction, TIA!

Disused since 2000, this looks to be a 6 element dipole antenna, at first I thought they were guy wires but they have ceramic insulators and are too close to the base of the tower to be effective supports. 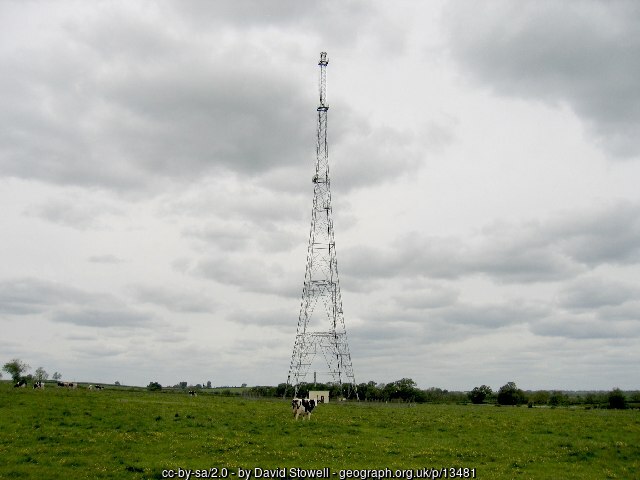 The RF Beacon Mast at Lower New House Farm. This was the antenna for the Warwick station of the Decca Navigation system, used mainly by mariners from around 1946 up until the arrival of GPS. For the technically minded this was the Purple slave station in the English Chain 5B. The master was at...

Urbulon is too fat and old to climb anything apart from his sofa and his bed, so I humbly request that the intrepid sages herein to go forth and "rise" to the challenge, to boldly go where no Urbex has gone before!

Merry Xmas and HNY to all!

Staff member
Admin
Pfft 200ft, No wonder yer mate won’t get out of bed, go have a crack

Regular User
I`d love to climb, alas I cant. But the guys on here climb 706 ft plus. I think 200 ft is a bit wee for them. I love to watch their climbs and views too. Be interesting to see if anyone does do this for you.

Regular User
It’s strange big abseiling or ascending underground doesn’t bother me but going up that would give me jelly legs
https://www.flickr.com/photos/piratelukey/albums

28DL Full Member
Is it slap bang in a farmers field?

Bollocks to that, I like my brain safely inside my skull and not splattered over a 3 metre diameter
U

Reich said:
Is it slap bang in a farmers field?
Click to expand...

Farm Shmarm, you can do this buddy, YOU CAN DO THIS!

Regular User
The lack of any dishes on this attracts me to it - I want kids one day lol
Blurred Boundaries
'busting Bristol wide open' - Louise 2012
SERVE CHILLED, LIKE SOMERSET​
U

28DL Full Member
Thats it, you dont want your balls to drop off, curiosity killed the cat but most bexers are smarter than cats

Urbulon said:
Thats it, you dont want your balls to drop off, curiosity killed the cat but most bexers are smarter than cats
Click to expand...