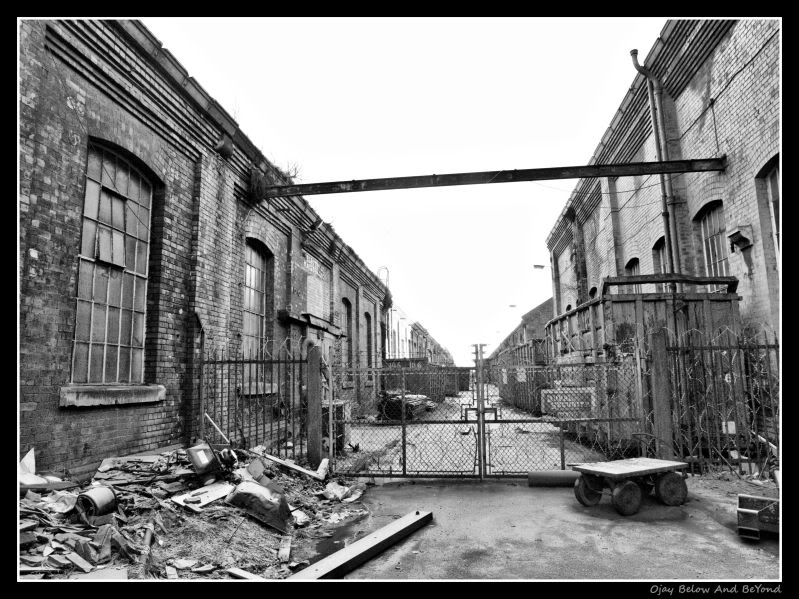 Horwich works was built on 142 hectares of land bought in April 1884 for Â£36,000. Rivington House, the first of several workshops was 106.7m long by 16.8m wide and opened in February 1887. The long brick built workshops had full-height arched windows and were separated by tram and rail tracks. Work to construct the three bay, 463.3m long by 36m wide, erecting shop began in March 1885. Inside were 20 overhead cranes.

The railway company also provided accommodation for its workers as well as offices a church and a recreation ground.

Under the ownership of the L&YR and then the LMS, the loco works built a huge number of locomotives, the first of which was a L&Y 2-4-2 tank loco designed by John Aspinall, completed in 1889 this locomotive was LYR No. 1008 and is now preserved at the National Railway Museum.

An 18-inch (460 mm) gauge railway, with approximately 7+1⁄2 miles (12 km) of track was built to carry materials around the works complex, modelled on a similar system at Crewe Works on the London and North Western Railway. Two small 0-4-0 tank locomotives were bought from Beyer Peacock in 1887 to haul stores trains around the site, and six more were acquired at intervals to 1901.

In 1923 when the railway became part of the LMS, its Chief Mechanical Engineer was George Hughes. In 1926 he was responsible for the design of a 2-6-0 mixed traffic locomotive of unusual appearance, which became known as the "Horwich Crab." The class proved extremely successful, with 245 engines built, 70 at Horwich, including the first 30 examples. The "Crabs" continued in service with British Railways, London Midland and Scottish Regions until the last two survivors were withdawn in early 1967.

After nationalisation in 1948, locomotive construction at Horwich continued at a high level for ten years. During 1948 twenty LMS Ivatt Class 4 tender engines were completed, twenty-seven followed in 1949,with twenty-four in 1951, followed by a single locomotive in early 1952.

The final steam locomotive built at the works was a class 4 2-6-0 completed in November 1957, but Horwich did also build a number of class 08 diesel shunters between 1953 and 1962. BR continued to overhaul steam engines for several more years.

Horwich continued in use as a works for other rolling stock up to 1983. The foundry and the spring shop continued in use after this date, although the work force was reduced from 1400 to 300. In an effort to publicise the redevelopment of the site into small industrial units on 20 June 1985 a BR locomotive (47 491) was named (at Horwich works) Horwich Enterprise by David Mitchell, who was Parliamentary Under Secretary of State for Transport at the time. The site was sold by BREL to the Parkfield Group in 1988 and the rail connection to the works was removed in 1989.

The site is now an industrial estate, appropriately named "Horwich Loco", with most of the buildings still in use.

Myself and AndyJ decided to have an unoffical mooch about as you do, some sections at the far end were being demolished as we walked about...


The 'Erecting Shop' - One of the most significant buildings that occupy the site. 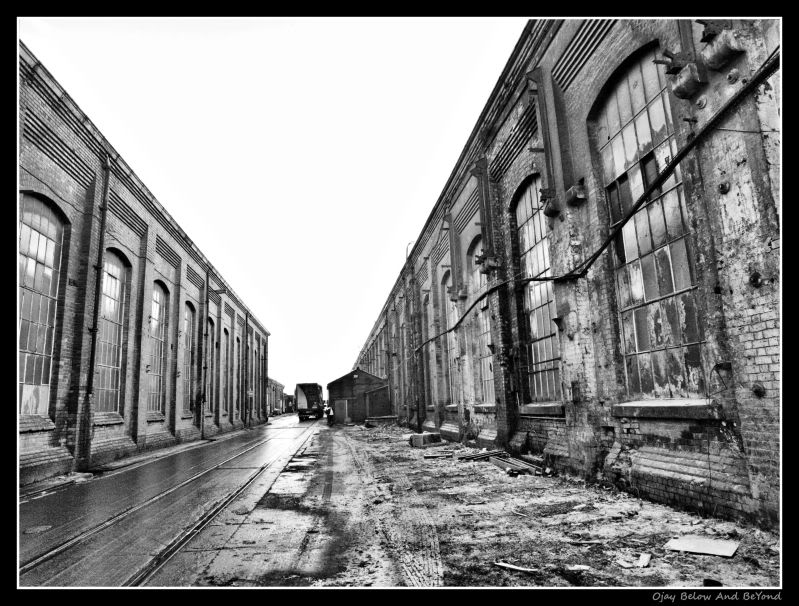 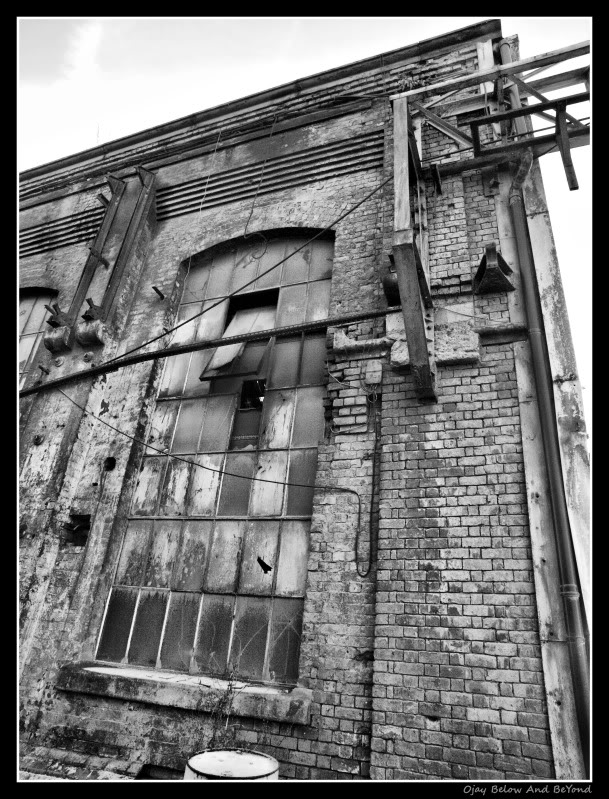 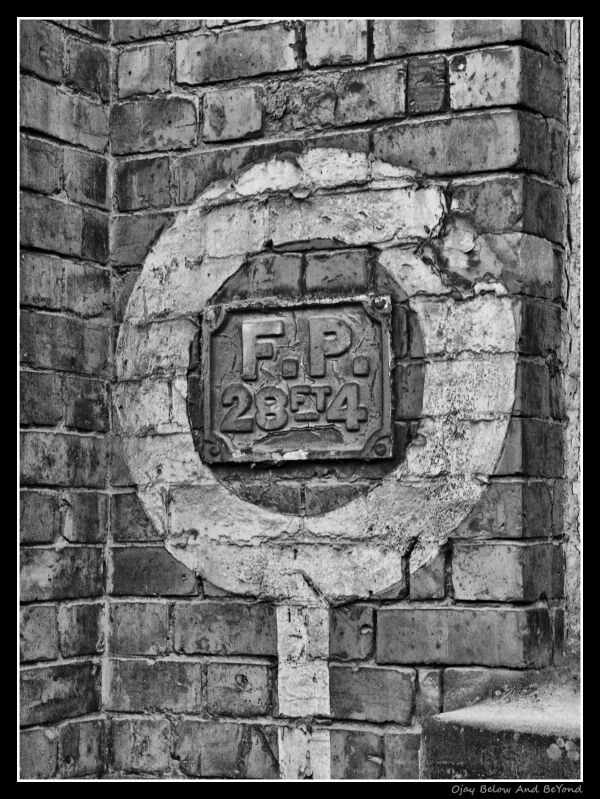 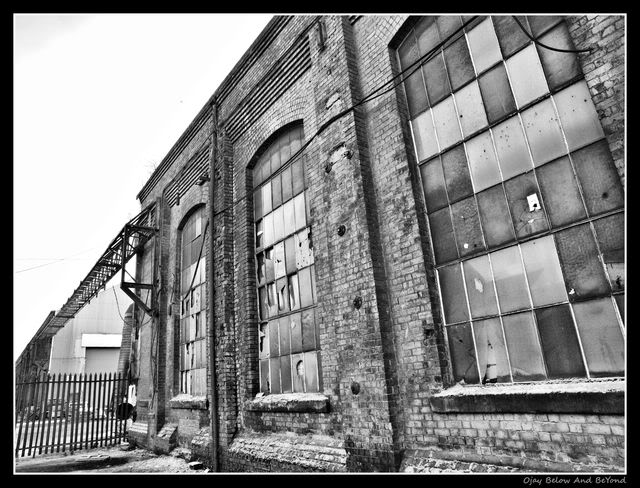 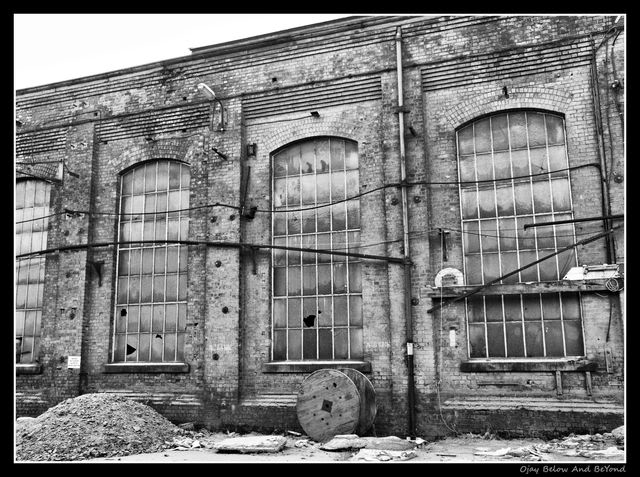 Internal - Running high above the length of the building is the original crane track, supported by cast-iron pillars. (Had to whack the ISO up on this one). 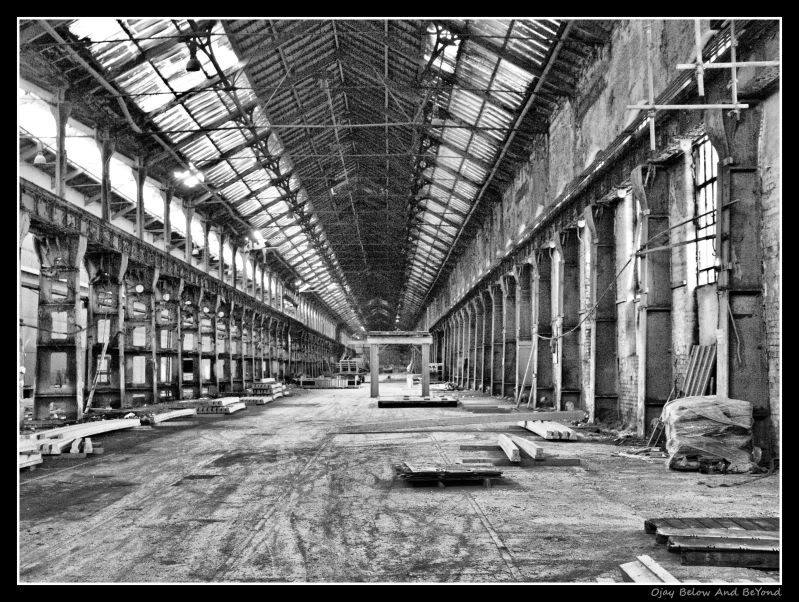 North end of 'Erececting Shop' - This is where the completed locos would be despatched for testing, eventually being used on the main line 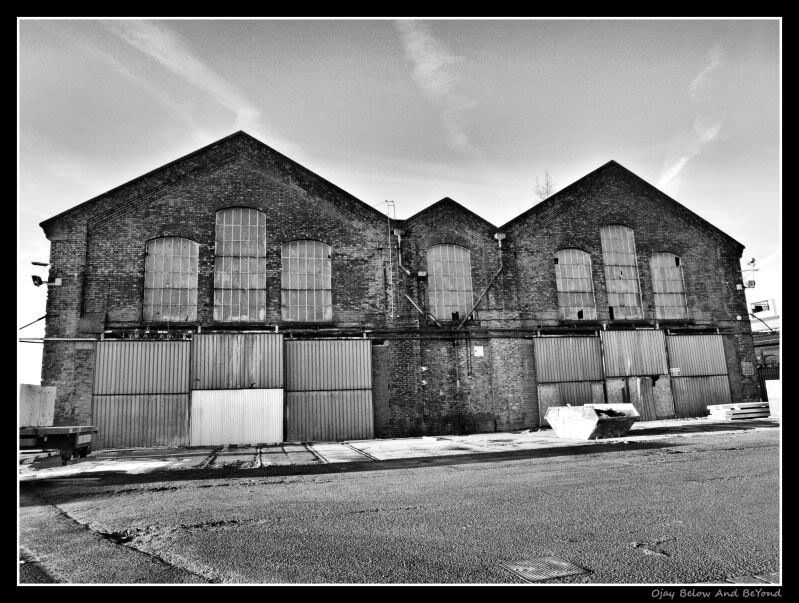 Archived photos of locos being constructed & fitted out 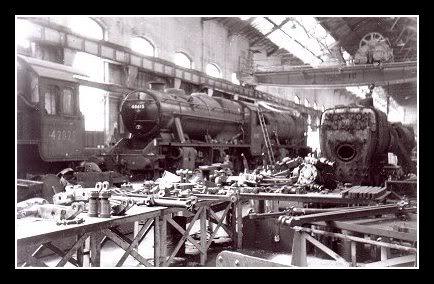 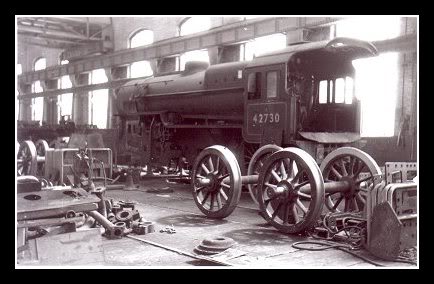 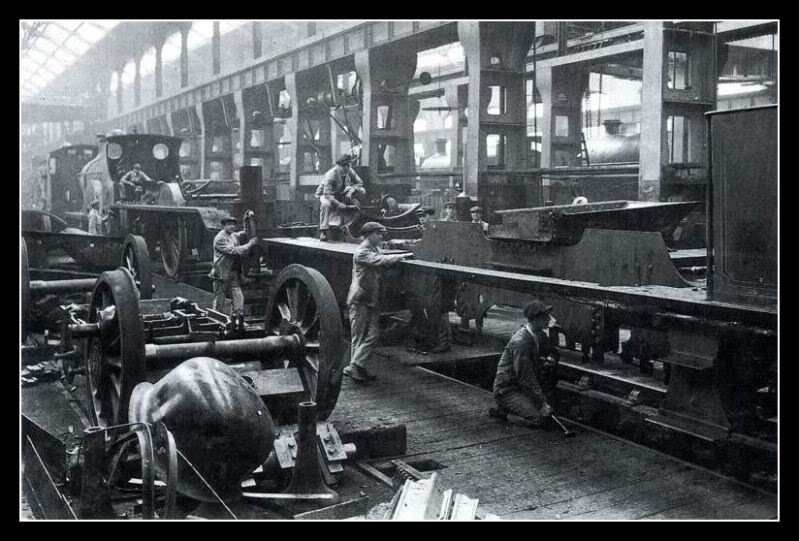 There were a large number of other buildings around the site, many of which were occupied and not easily accessible, here are a few I managed to identify... 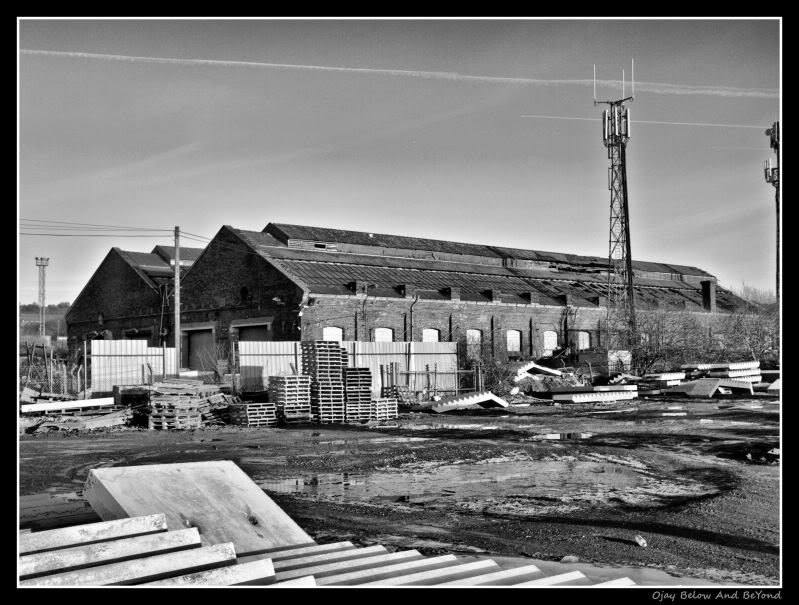 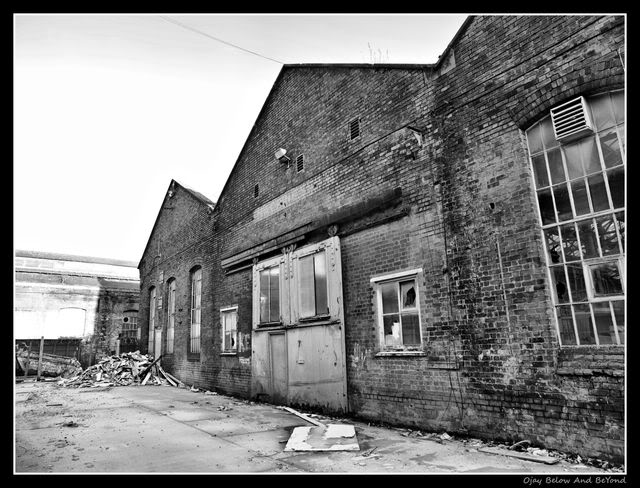 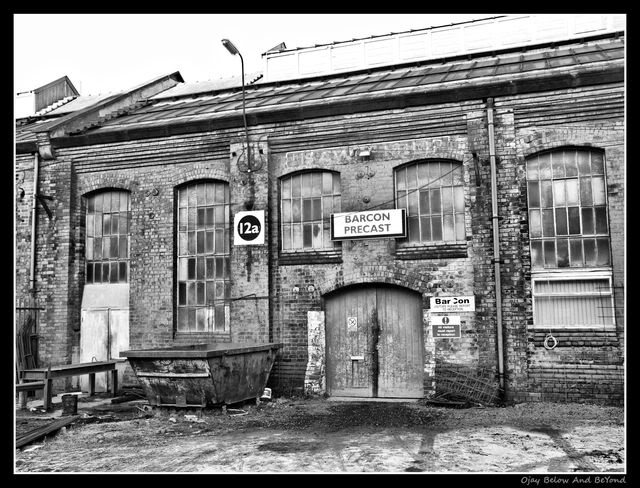 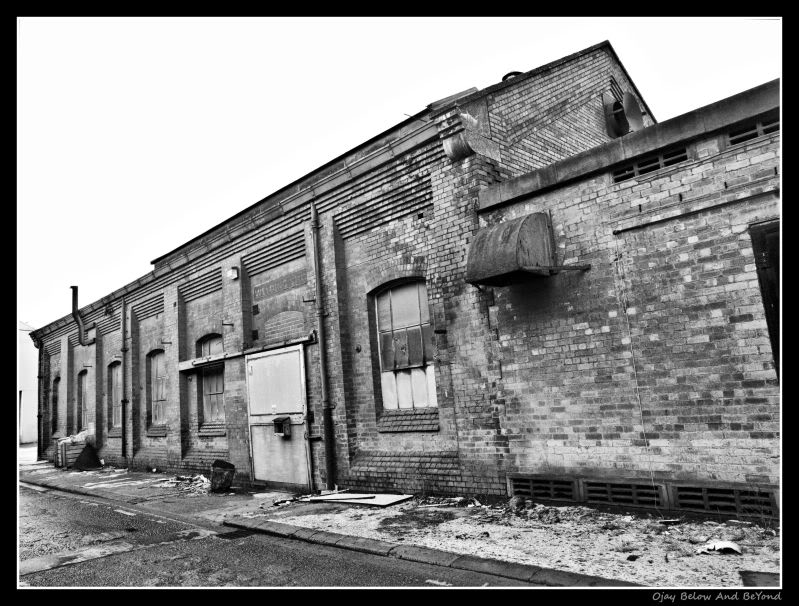 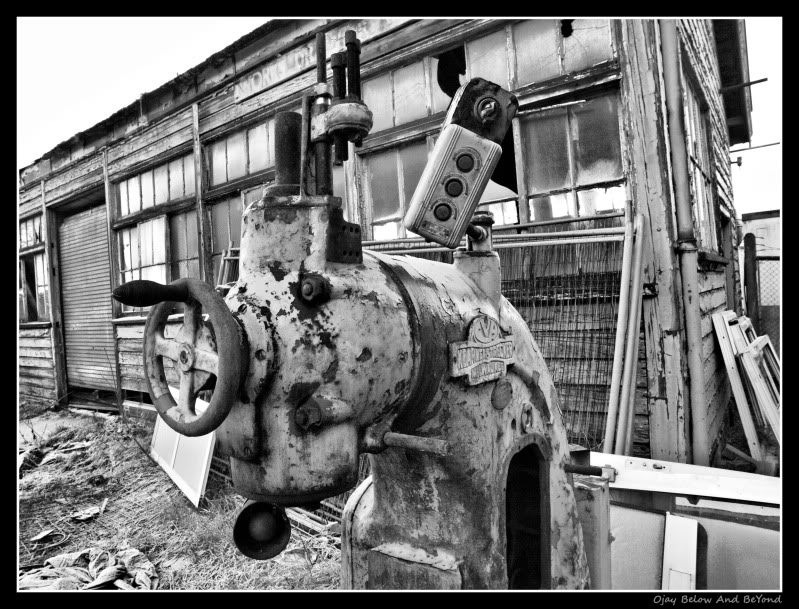 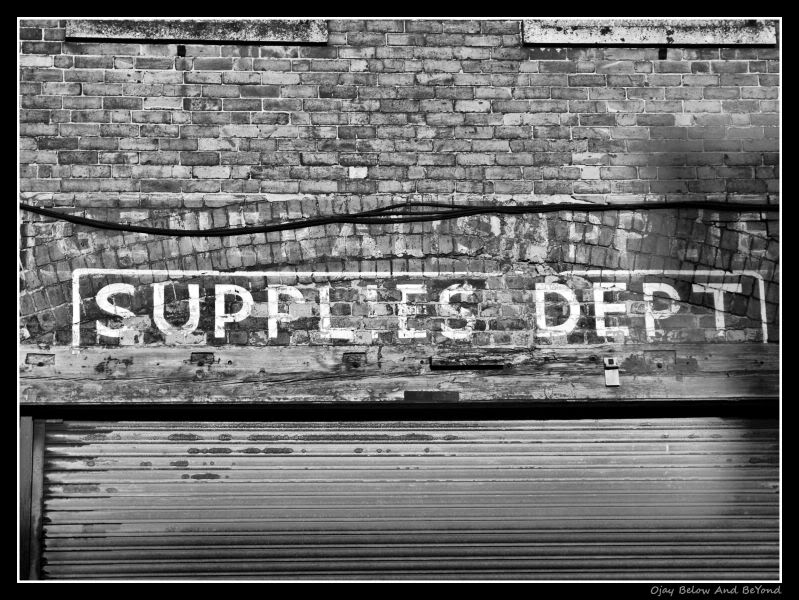 Wheel Shop - Just as the sun was setting, we made our way back to the car, on the left is the remains of the Wheel Shop. 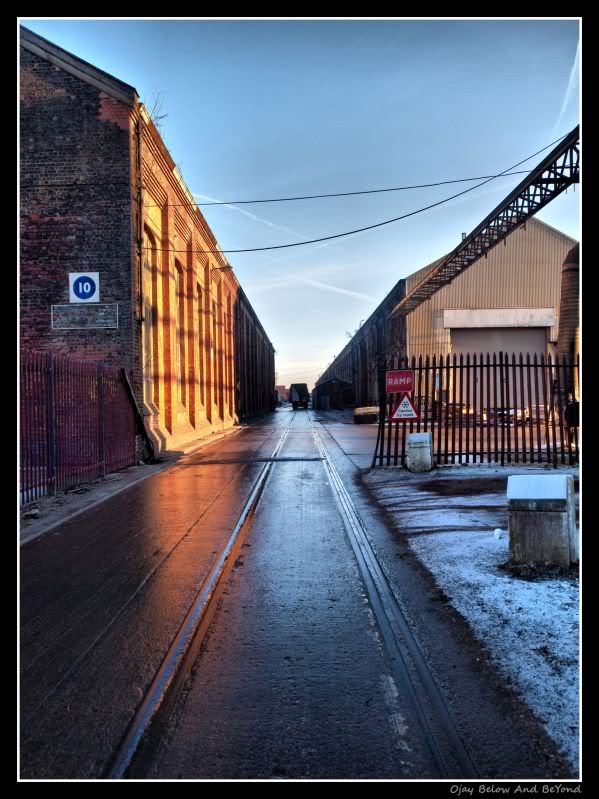