Regular User
1. The History
Easton on the Hill is a village situated at the north eastern tip of North Northamptonshire. The ironstone quarry, due north of the village, started up in 1873 under the ownership of the Chesterfield-based company, Wingerworth Iron co. The quarry was then re-worked by R.Eldred and Son in 1892, and the Marquess of Exeter in 1902. From 1913, it was subsequently operated by North Lincolnshire Iron Co Ltd (active from 1907-1983) until its closure in 1922.

As the quarry grew in size, it became a large local employer. A steam engine on 3ft gauge track was employed to move the stone around the quarry itself. The stone was then transferred to a 1-in-13 self-acting rope-worked incline that headed due north down to the ‘Tippler’ located just south of the main railway line operated by Midland Railways between Stamford and Oakham. The ironstone then continued its onward journey via rail so the stone could be smelted for iron. Apparently, the last quarry loco on the site was an 0-4-0ST built by Hudswell Clarke (Wks No 1106 of 1915) named UTHIE.

Today the quarry has been landscaped but relics from the incline railway remain. At the quarry end, a single-track engine shed and the 5ft 8in Diameter Horizontal winding drum with brake mechanism and operating/control wheel remain. The brick-lined cutting can also be traced into the overgrown cutting just south of the engine shed. At the bottom end of the incline, the double hopper Tippler system is complete along with the remains of a small weighbridge. The route of the incline can be traced south for the duration of Home Wood, after which its course has been lost to the landscaped fields.

2. The Explore
Nice related explore this. First reported by @Bikin Glynn last year (report HERE). Nothing spectacular but something of interest to the industrial archaeologists. The engine shed visible from the footpath to the east has its roof on, appears to have been converted to a chicken shed and isn’t that interesting. However, the winding drum and brake mechanism makes up for this. At the bottom end the Tippler system also makes the trip here worthwhile.

The single-track engine shed from the public footpath: 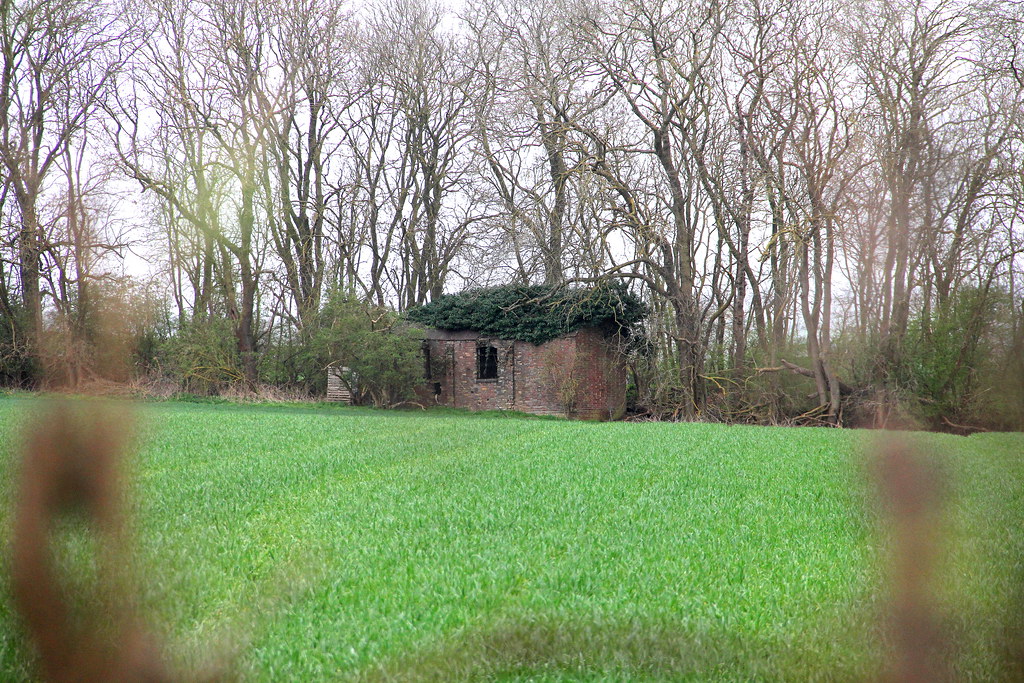 Structurally it isn’t looking too healthy! 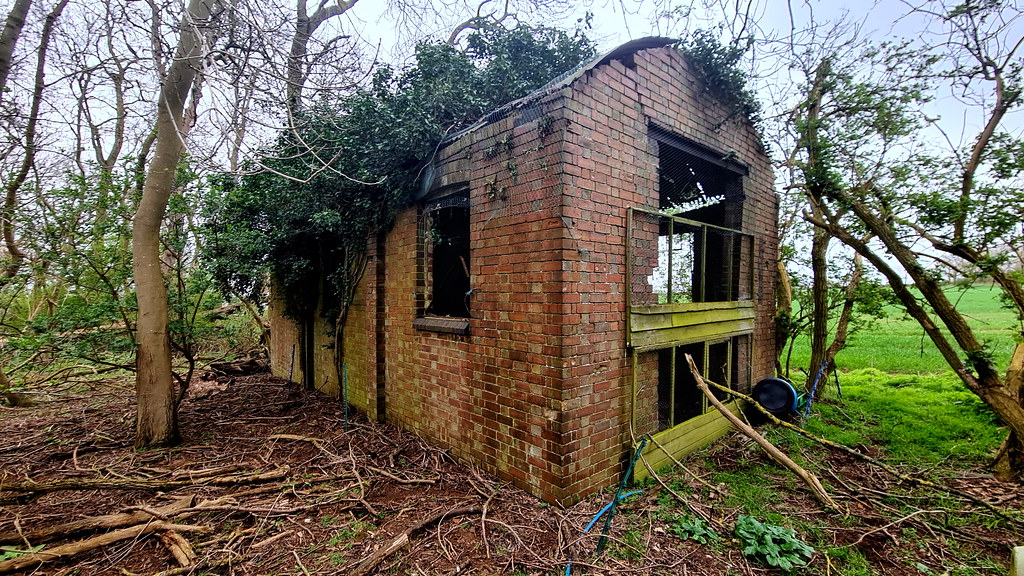 And inside is pretty bare: 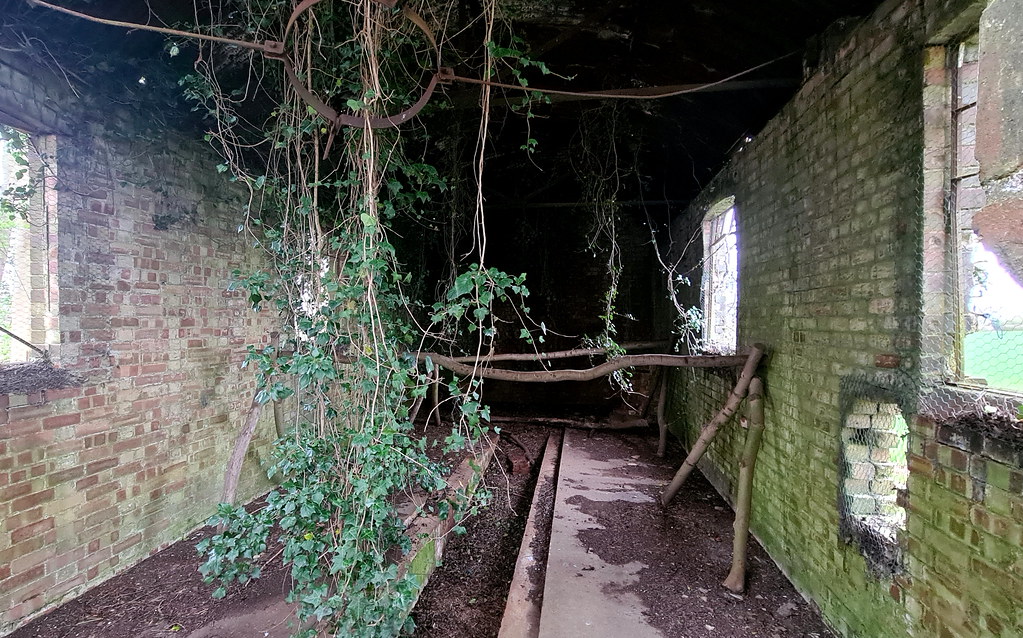 But the winding drum is what were here for: 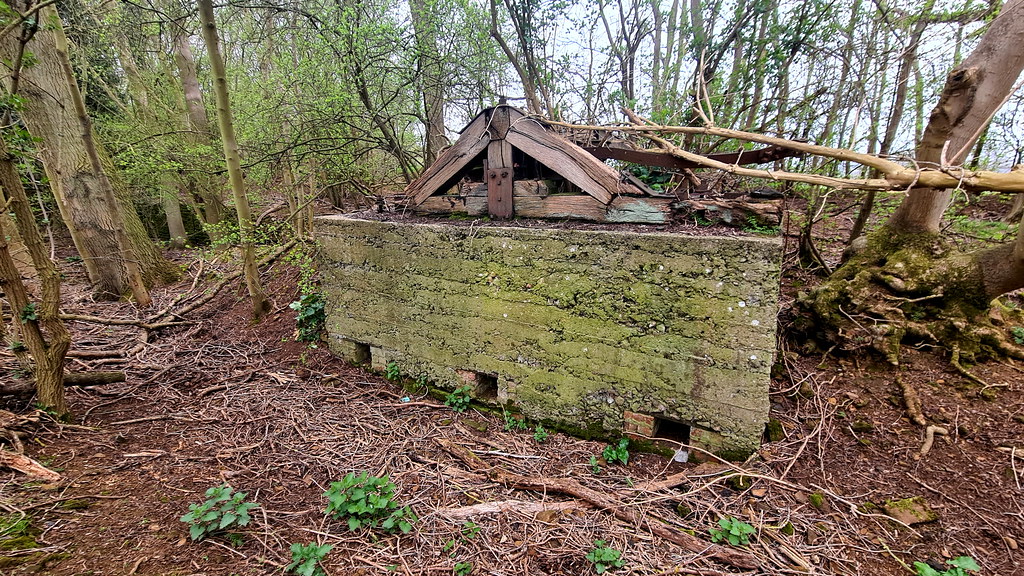 Built on a concrete base: 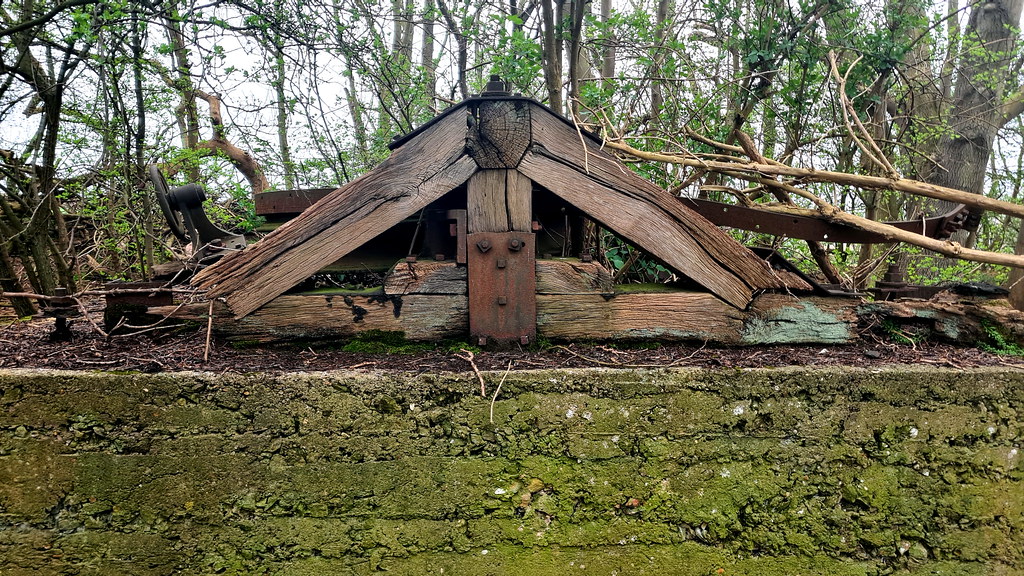 It’s got the brake wheel: 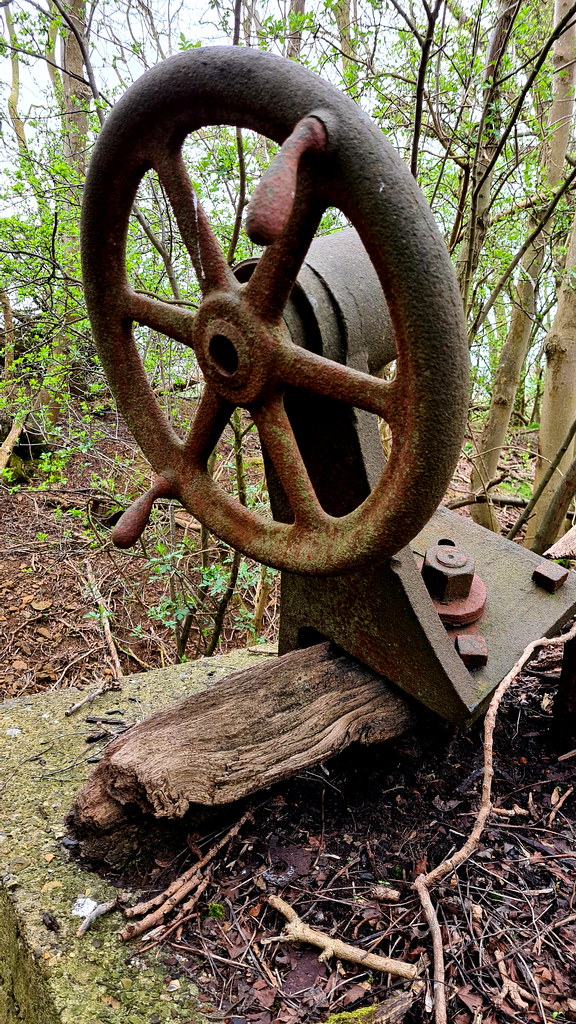 And pretty much everything else intact: 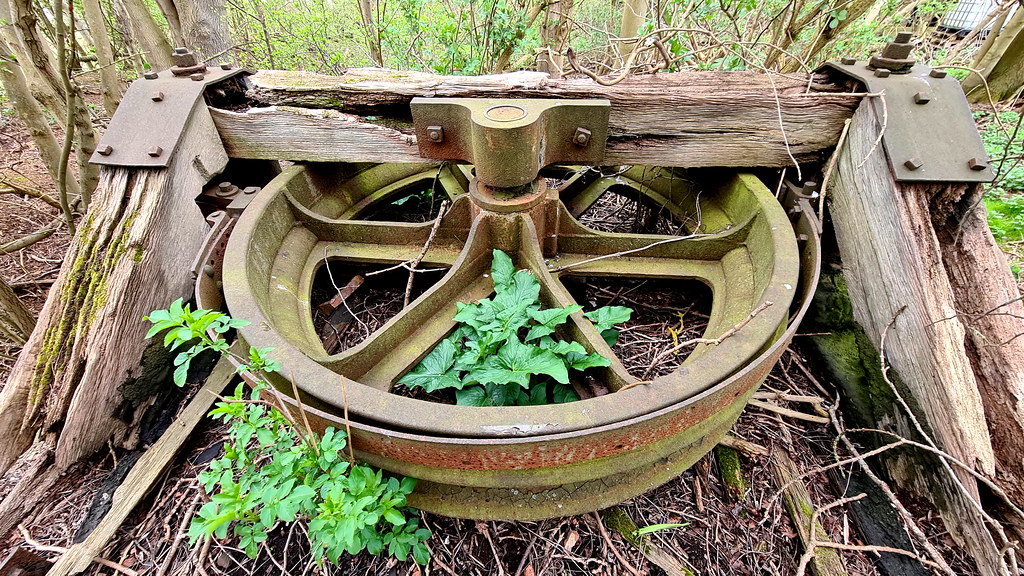 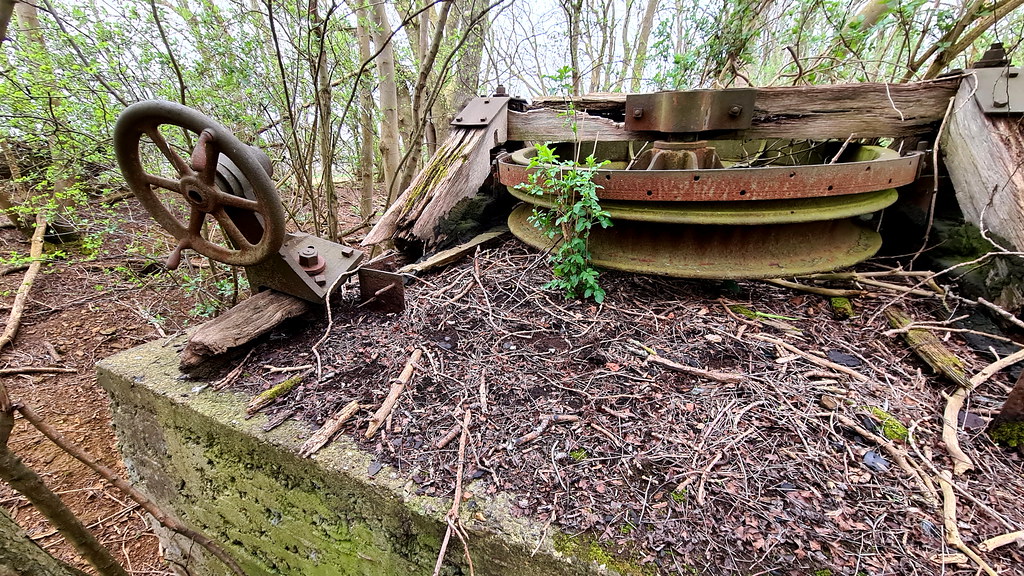 A couple of pictures of the stone-lined cutting that led up to the quarry: 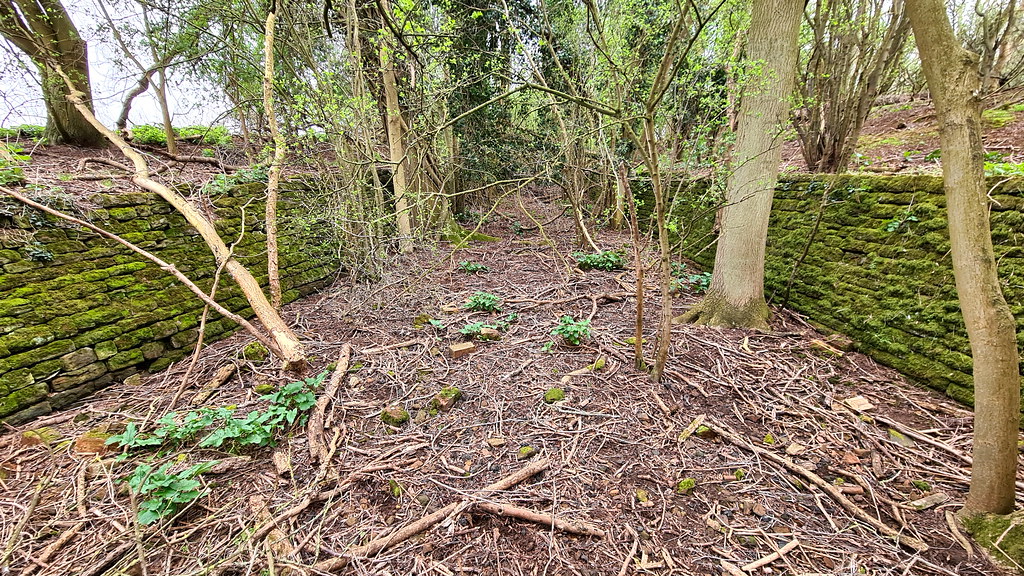 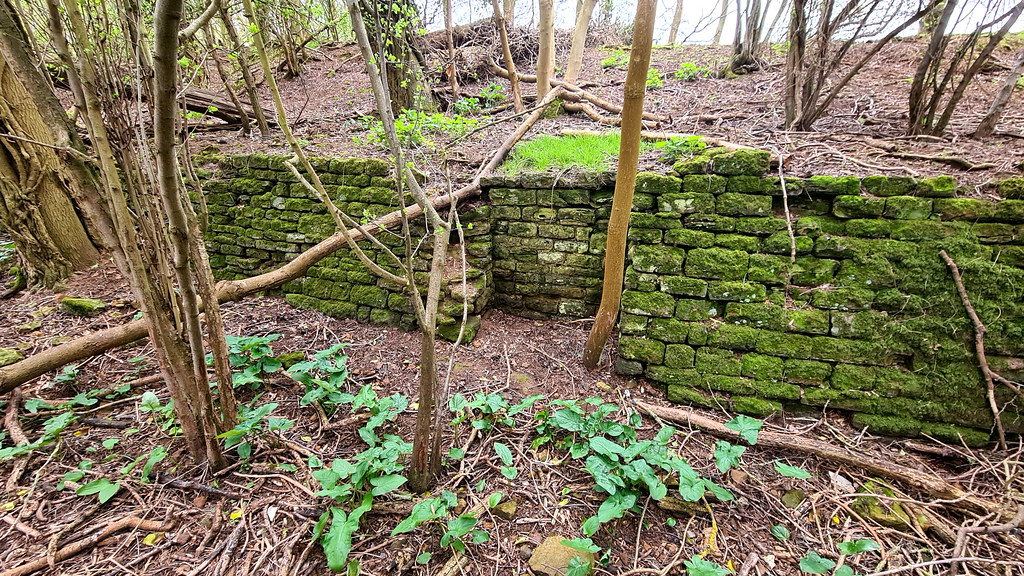 It’s then back on to the footpath, further on down the hill and across to the Tippler system: 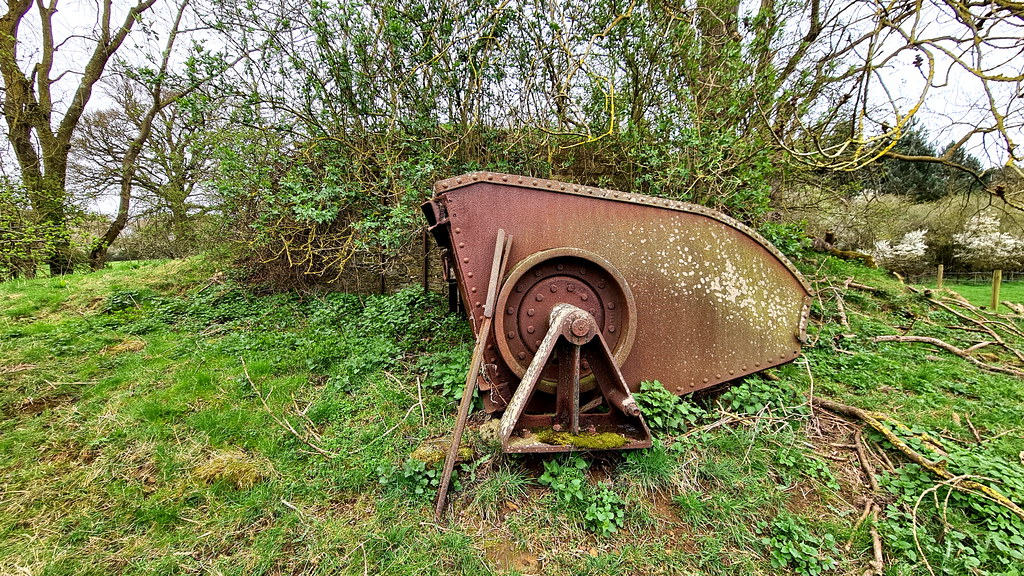 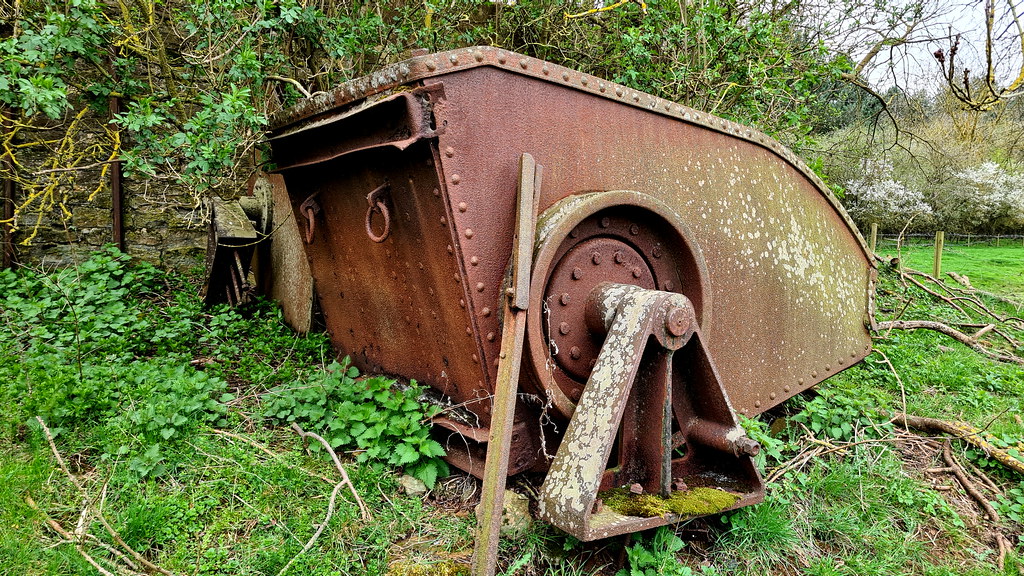 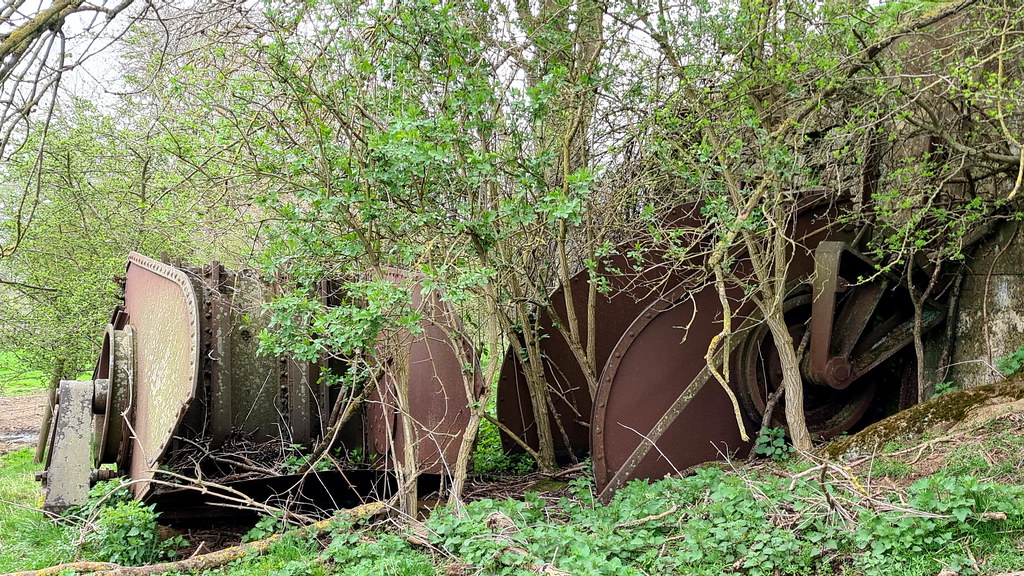 Inside one of the double hoppers: 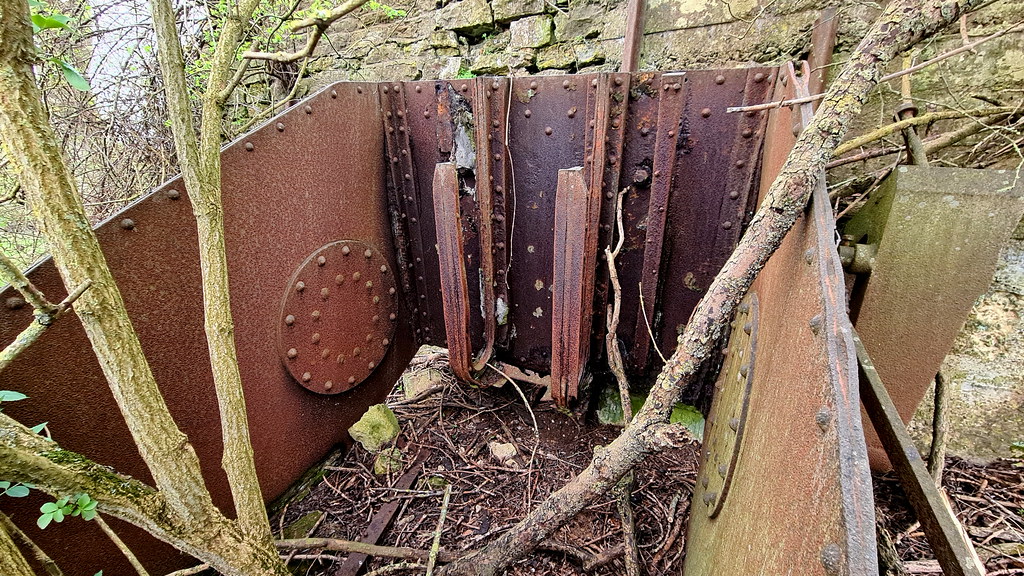 Close-up of the tipping mechanism: 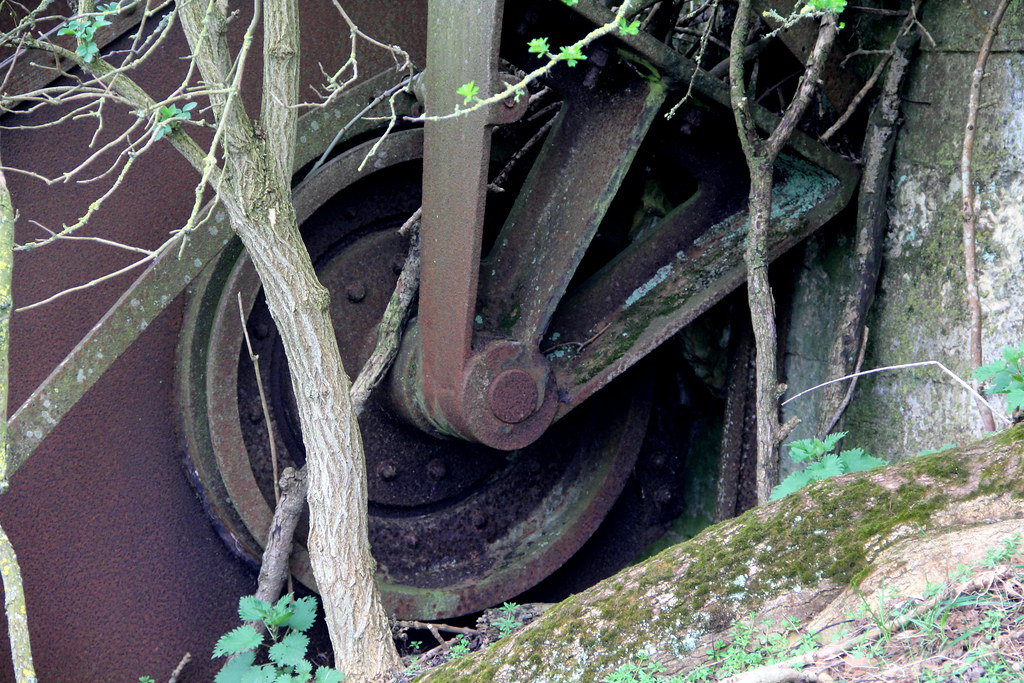 Looking due south up the incline: 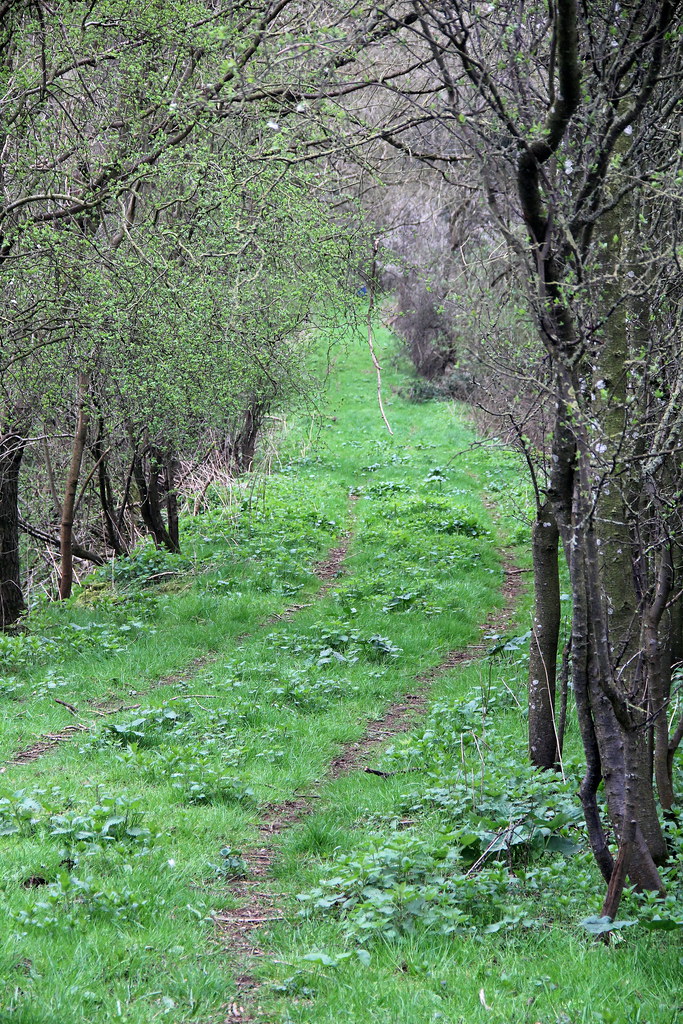 Looking down from the end platform into the hoppers: 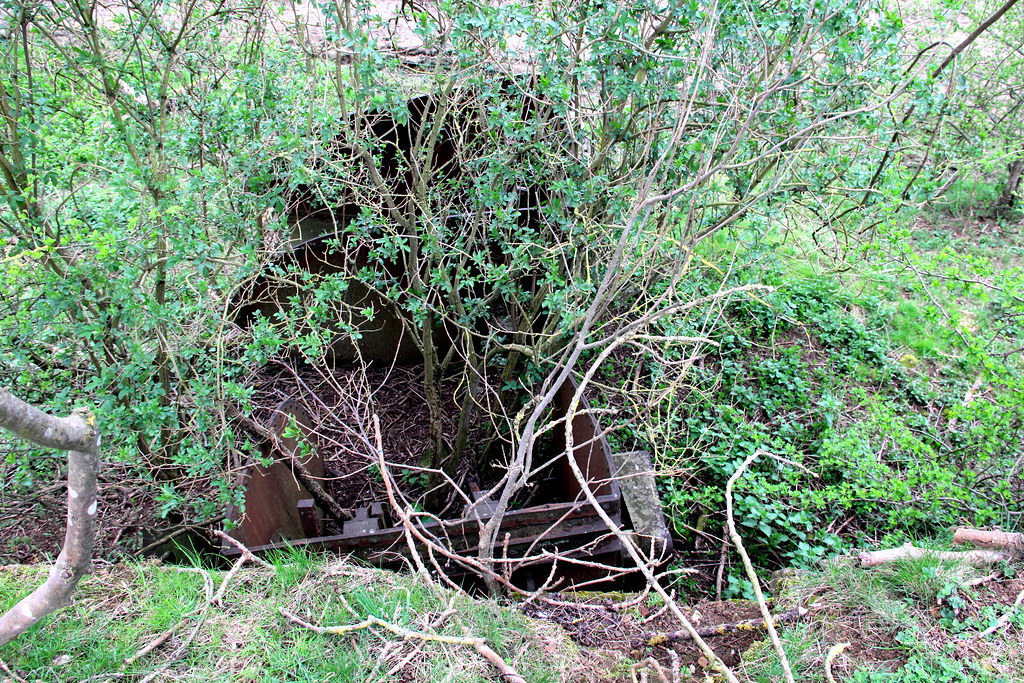 A length of old rail poking out the ground: 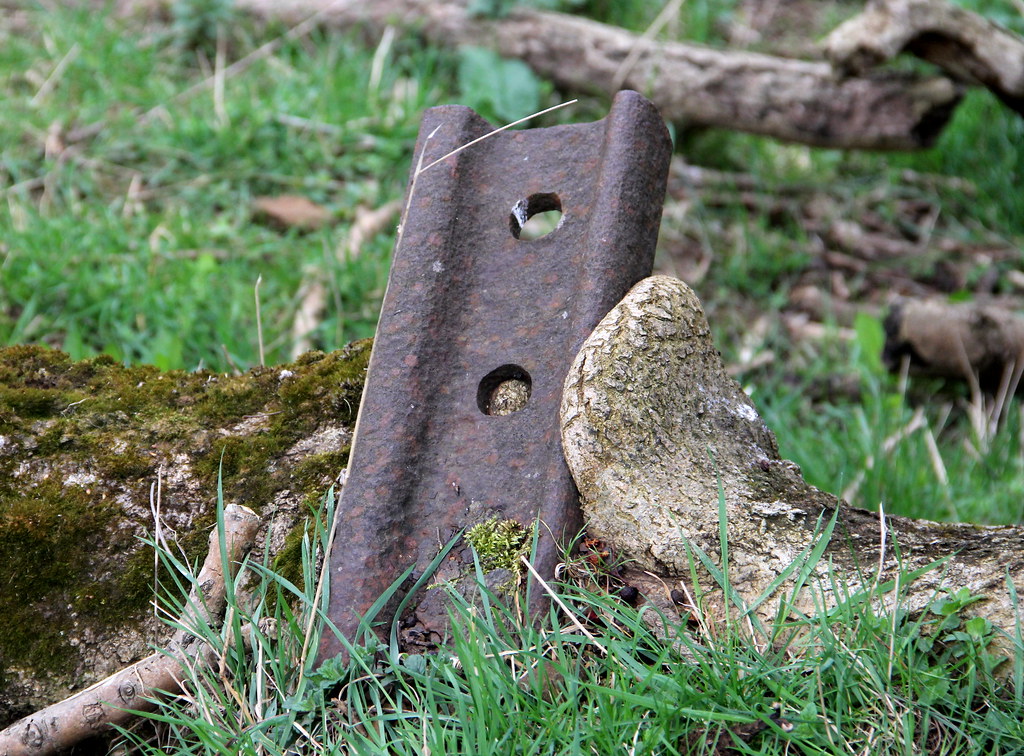 And finally, what I think is the remains of an old weighbridge: 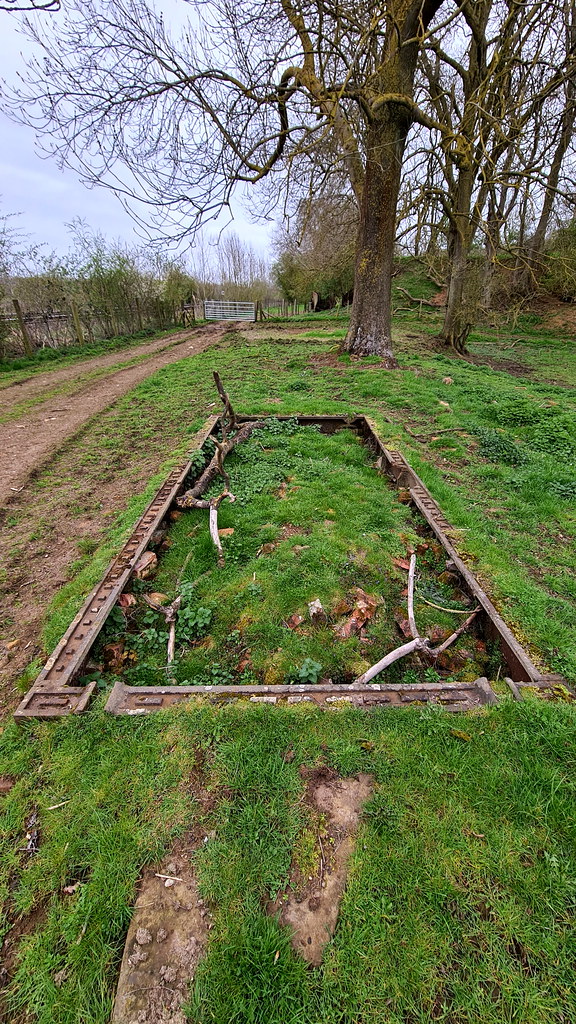 Regular User
Looks another nice relaxing walk with some interesting history! Have been meaning to go myself but as always been to busy
Knowledge is power

Down and beyond said:
Looks another nice relaxing walk with some interesting history! Have been meaning to go myself but as always been to busy
Click to expand...

Worth a look if you are in the area mate. Small but interesting!