28DL Full Member
A beautiful evening in East Kent, just right for the madness that is accessing this shelter.
Built as underground accommodation and medical facilities for serving the three gun 6" battery at Lydden Spout, work took place in 1941 by 681 General Company Coy, Royal Engineers. 681 were based at Northfall Meadow below Dover Castle during this period and also worked on the underground hospital there.
The main entrance to the shelter has long been backfilled and buried - access now involves a hair raising descent down the cliff face, followed by an equally hair raising ascent to the secondary entrance. Thousands of tons of chalk balance precariously above the entrance, supported by nothing more than a couple of rotting beams and thin air!

Chalk falls have all but buried the sole surviving entrance 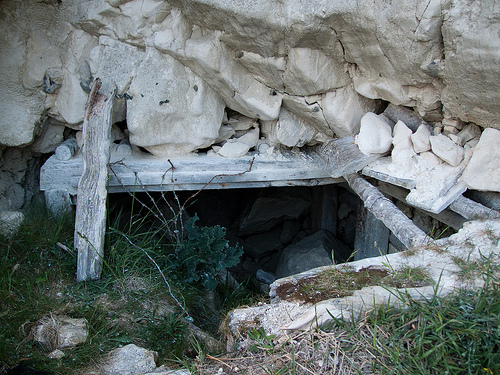 Once in - looking back to the entrance. 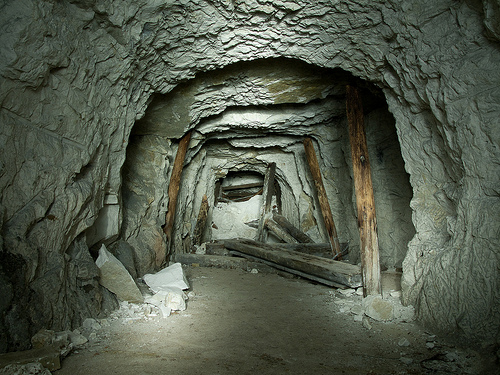 Once past the unlined sections, the shelter has a more familiar construction. 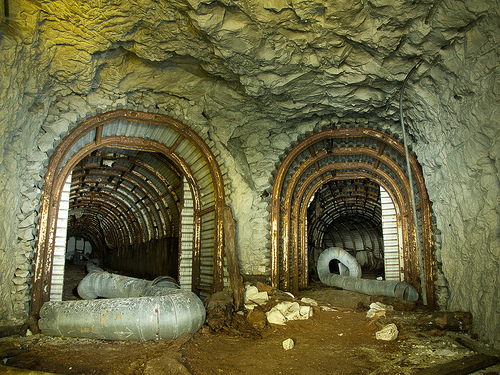 From then on it's just a case of exploring the layout. 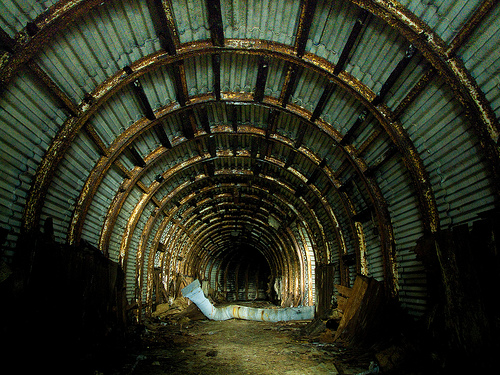 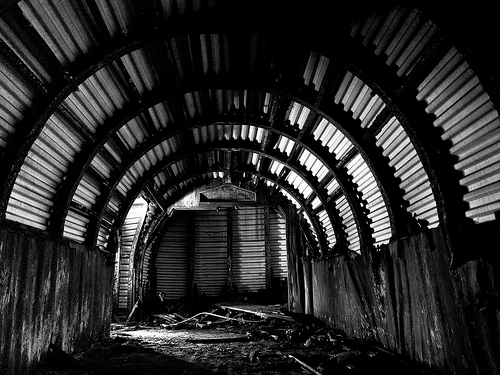 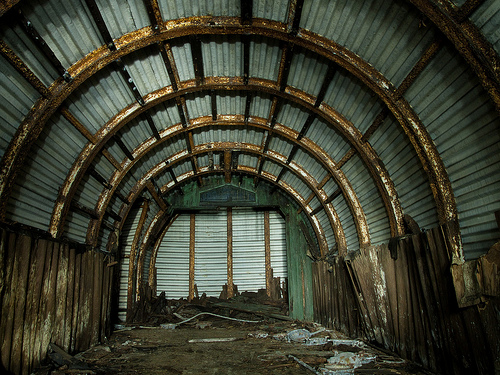 Good to see that the ventilation trunking is still intact, even though it's come away from the ceiling. 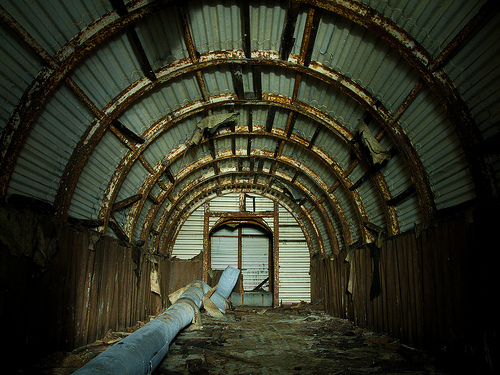 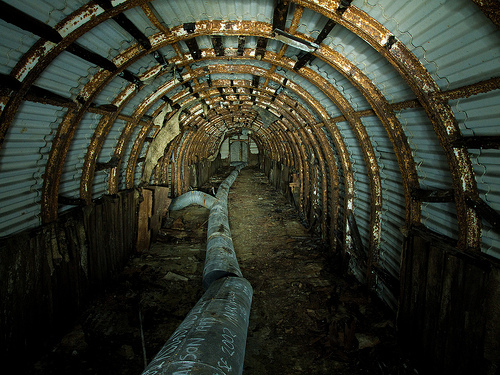 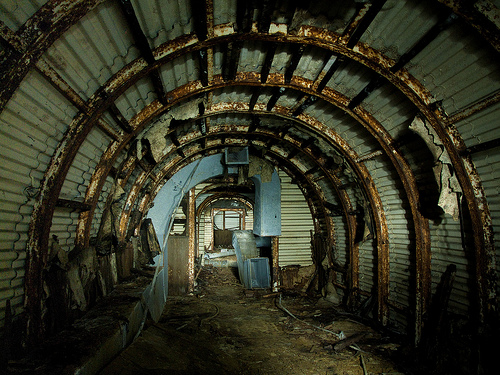 Layout is similar to other deep shelters in this area - three flights of stairs led to the surface. 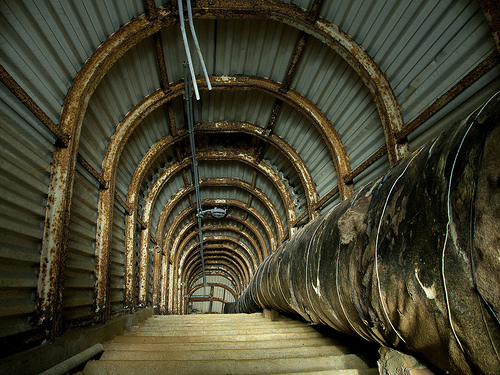 What really marks this shelter out is the amount of wartime graffitti - here are a few samples: 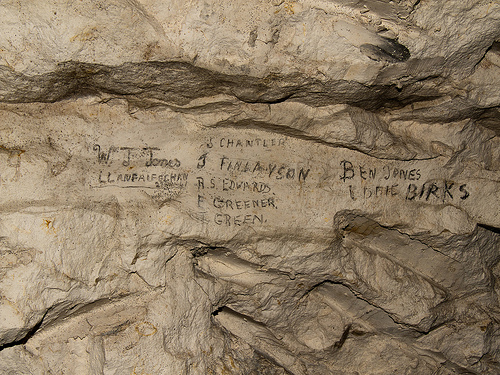 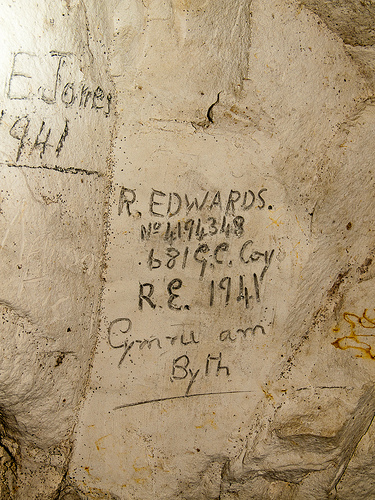 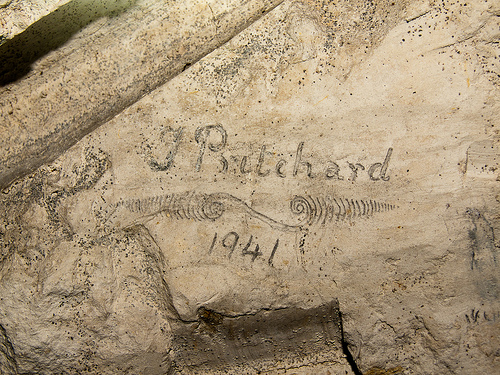 And this little poem obviously meant something at the time: 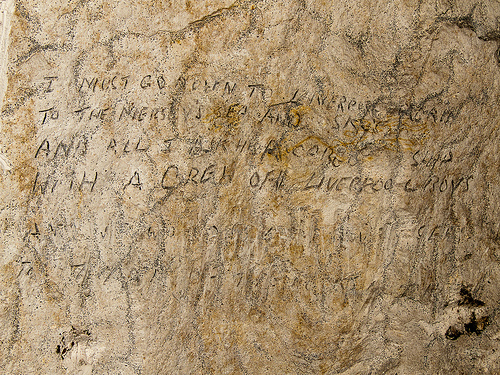 It reads:
"I must go down to Liverpool again,
To the Mersey's sea and sky.
And all I ask is a cargo and ship,
With a crew of Liverpool boys."

The view on exiting the shelter 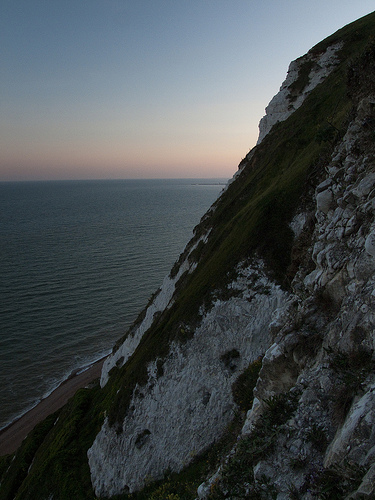 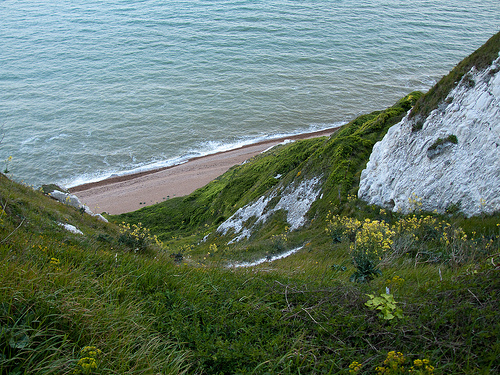