Regular User
Been a resident of North Wales for a year now, we've enjoyed doing the more well known side of exploring in this time, maenofferen is always epic, the car mine climb and dingys with albino jay and eoa was also great fun, abseiling into a mine in llangollen with the same two suspects with a foot of snow and one dodgy knee was also very memorable, my passion for underground shenanigans is well and truly alive.

So with the love of underground alive and kicking we set of on a search for a maybe not so well known mine. A tip of from a work mate sparked a very long Saturday search with sparky cheryl and molly, we had a rough idea of a location but that was it.
we followed a rough path into a gorge it looked a good start, it didnt take us long to find a high up fenced of area, we found away over to it and a entrance tunnel to a mine, we followed the small passage in which opened up to a drop into a obvious mine, it was filled with scrap much like the car mine, but without the whole cars intact, i spotted a dodgy looking rope leading down onto the scrap and climbed down it, A dangerous thing to do but we are explores after all. 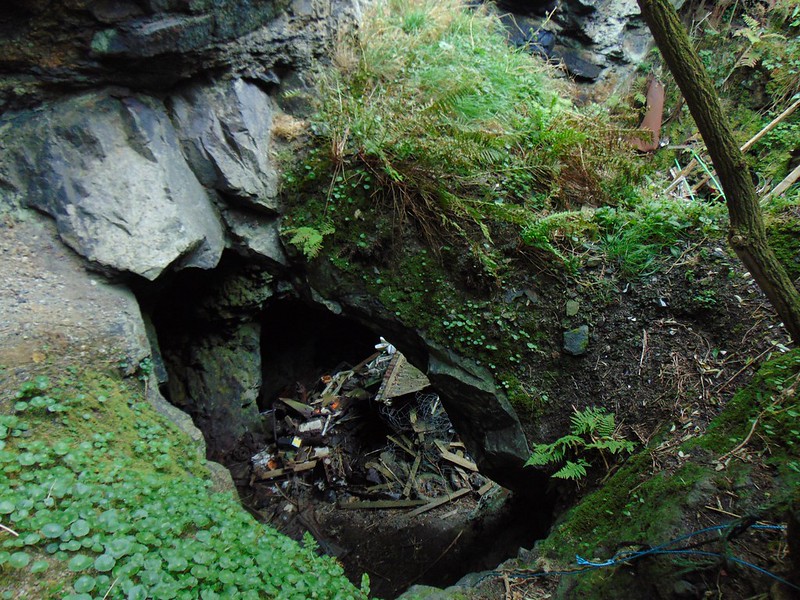 Once down i struggled across the scrap pile heading towards what looked like another entrance into the cliff face. 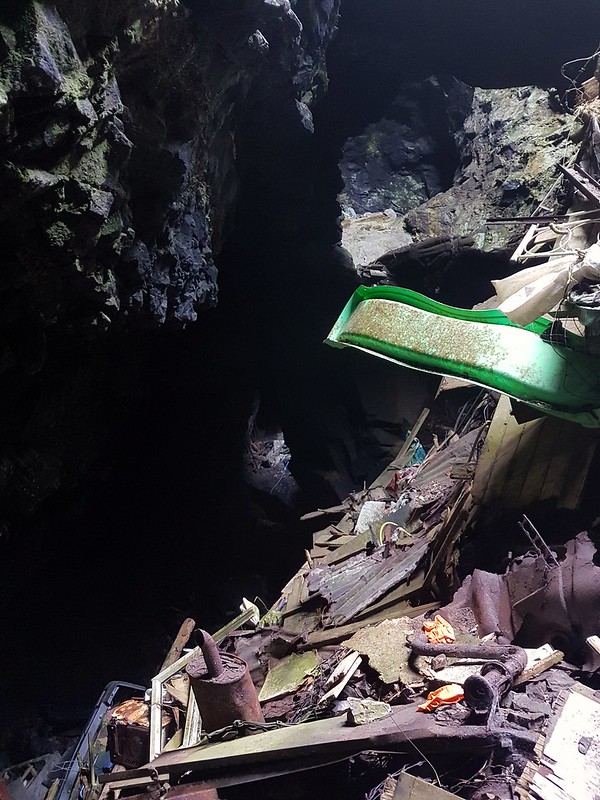 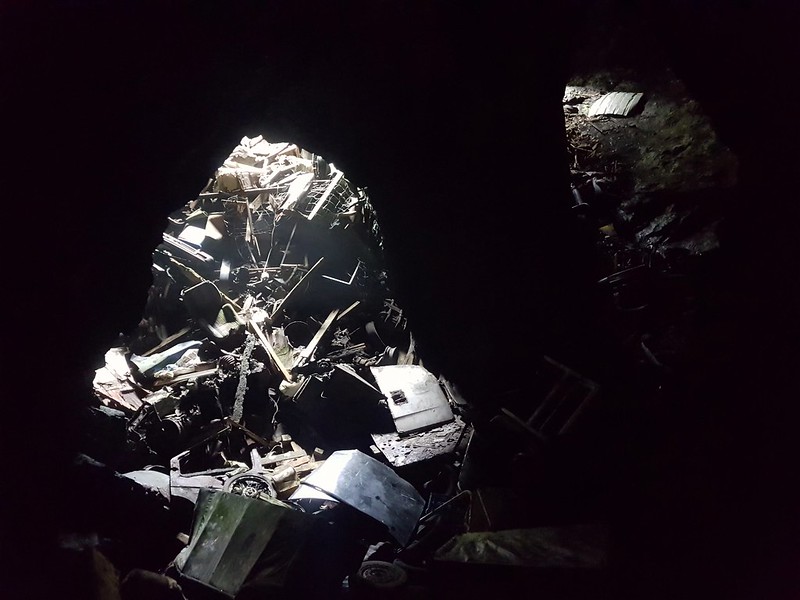 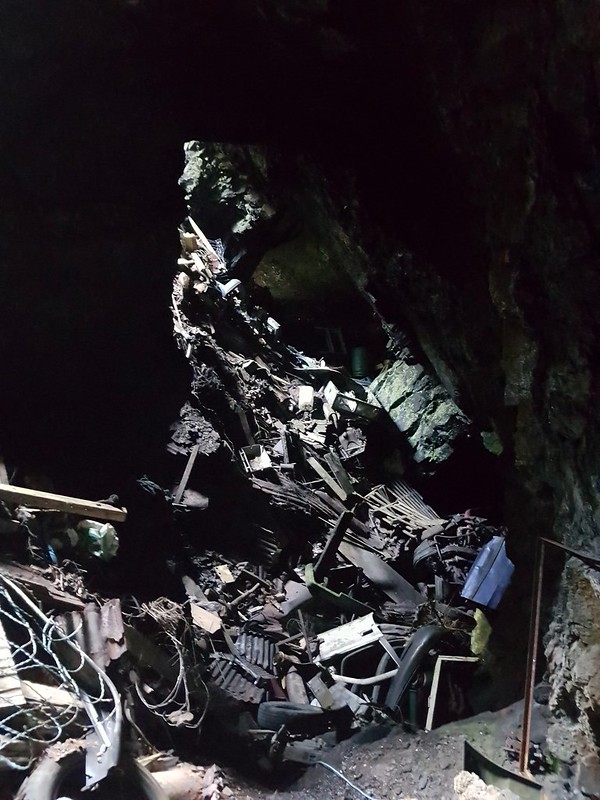 The top level found, excuse the dodgy phone pics, but didnt fancy the climb with a camera in tow 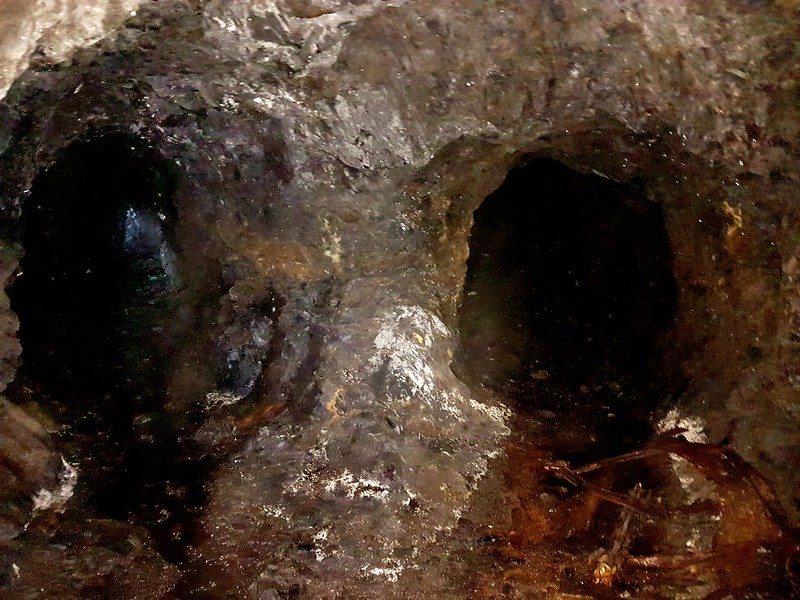 So the top level was quite interesting not massive but enough passages that spurred off [eventually to dead ends] to make it worth while.

Eventually one passage led to me standing above a drop of about 30 ft, looking down i could just make out water and a dry looking path, this confirmed there was another level so the hunt was on. 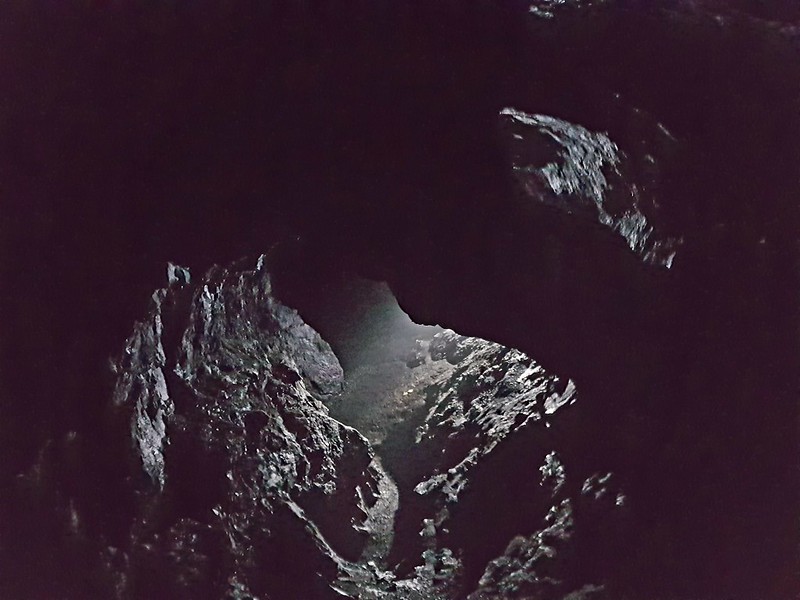 Heading back to find the goons, with the good news. 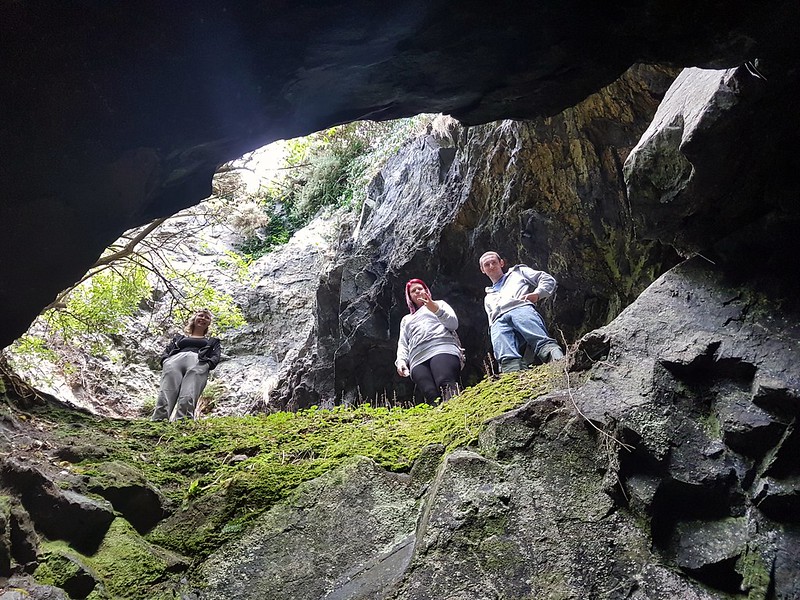 Little did we know at this point that would be the last time we would be underground properly for the next three hours.

Finding the lower level was to be honest a right ballache, we headed along the original path until we found some above ground workings. 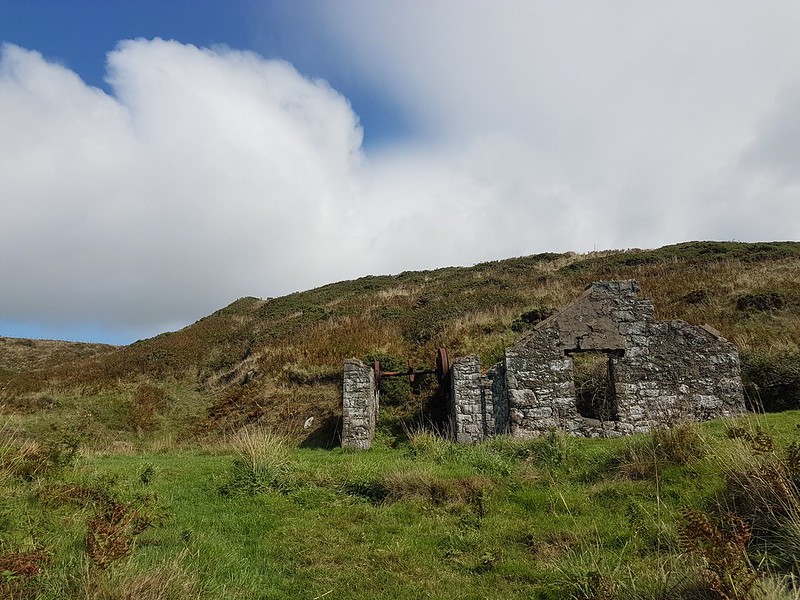 From here we searched for hours, walking up down even ended up on the beach, finding test bores that led to nothing.

After about three or so dead ends, some of which ended with sheer drops into the lower levels [hence why this is in NP] we decided to call it a day, we headed back along the path a bit disappointed that we hadn't had our feel of underground for the day.
Was at this point we noticed a bottom path, right below the top path we had walked in on, one last chance, sparky checked out a possible entry but was flooded. 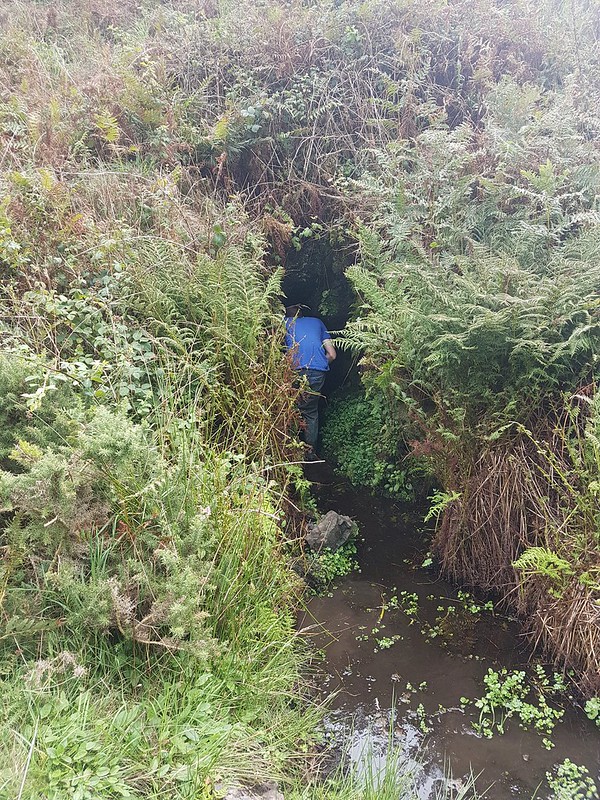 We headed on up the path almost at the end, one last entrance, it was dry and looked possible, i wasn't holding my breath, we ducked in to the small entrance and walked on for about 8 meters, to our joy it opended up into a very impressive cavern,,,, Bingo, all the faffing around had just paid off. 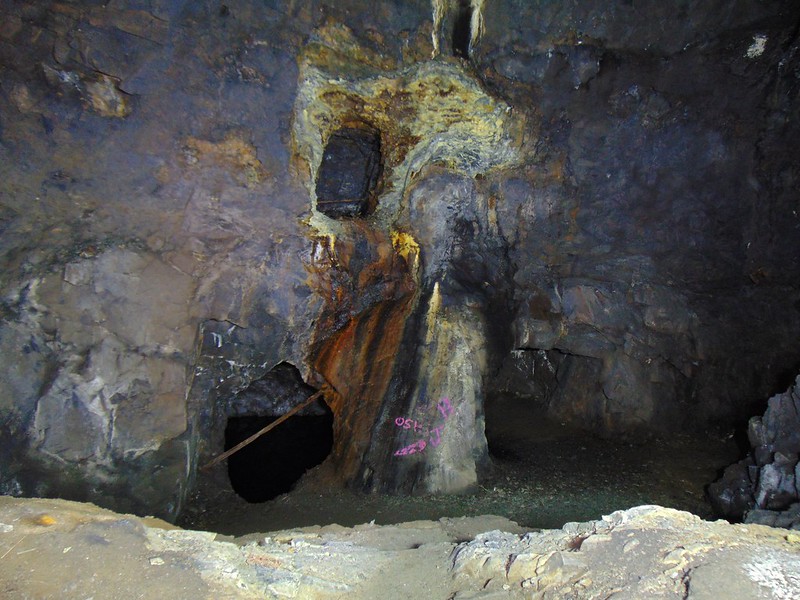 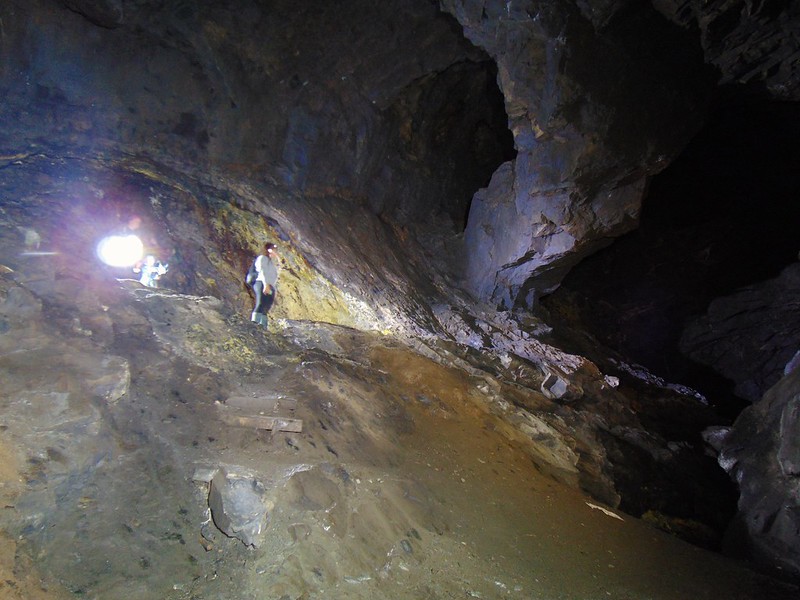 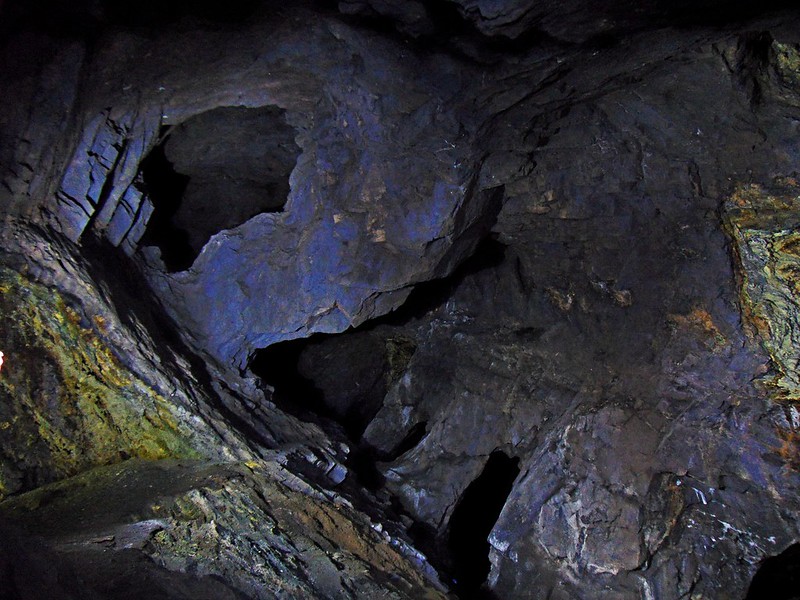 A flooded section, Eoa and albino, fancy digging the boats out ? lol 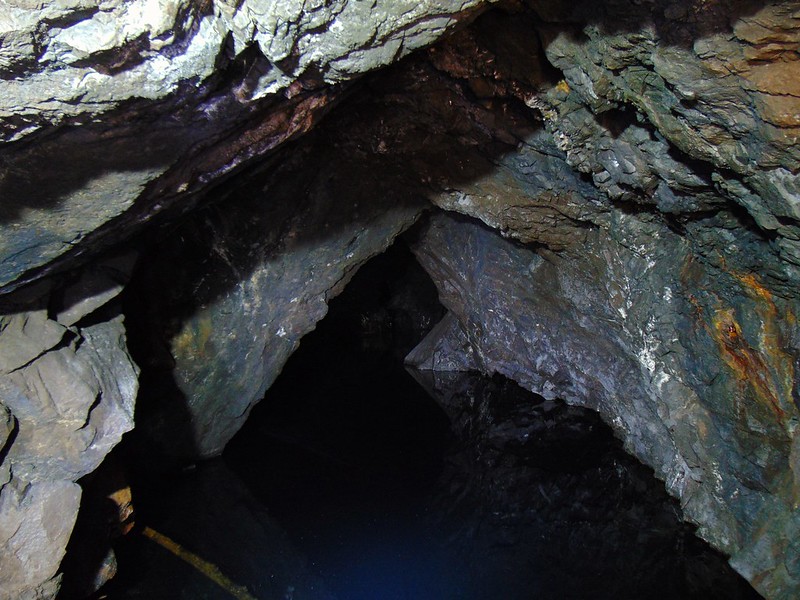 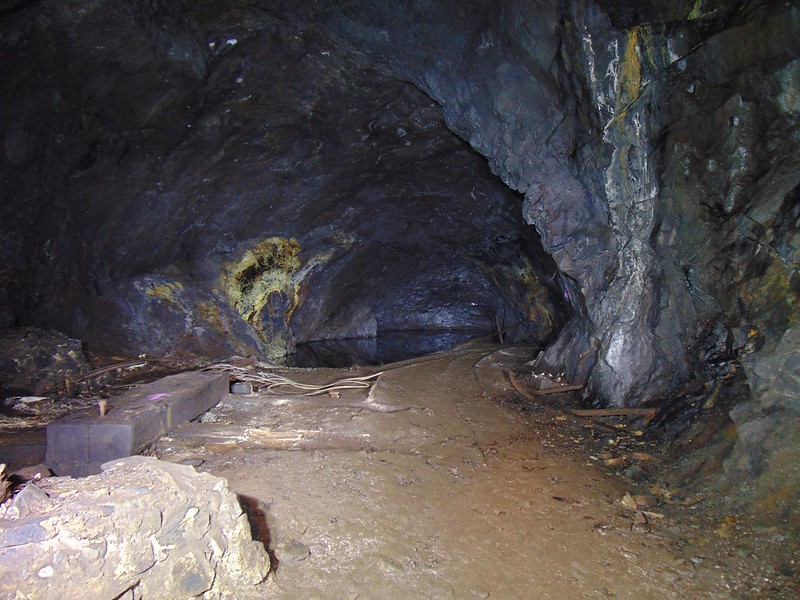 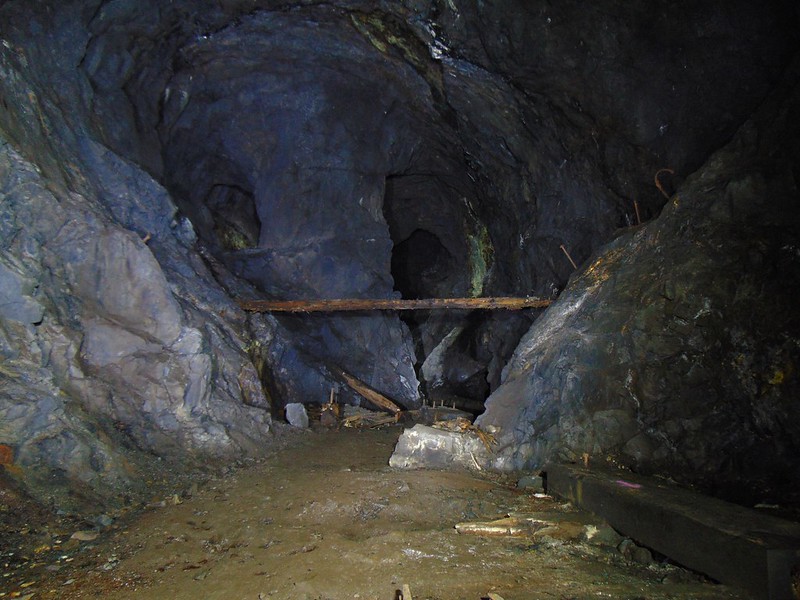 A flooded passage, can be done with wellies,, just. 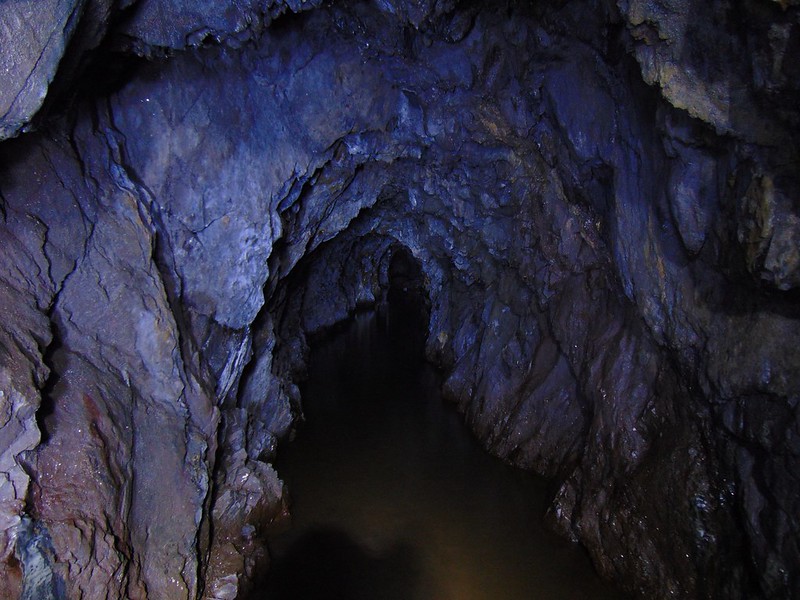 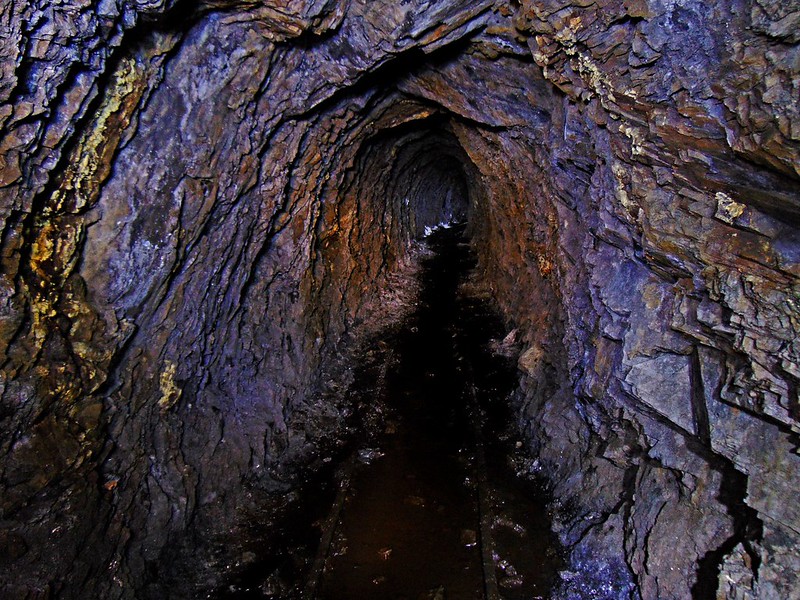 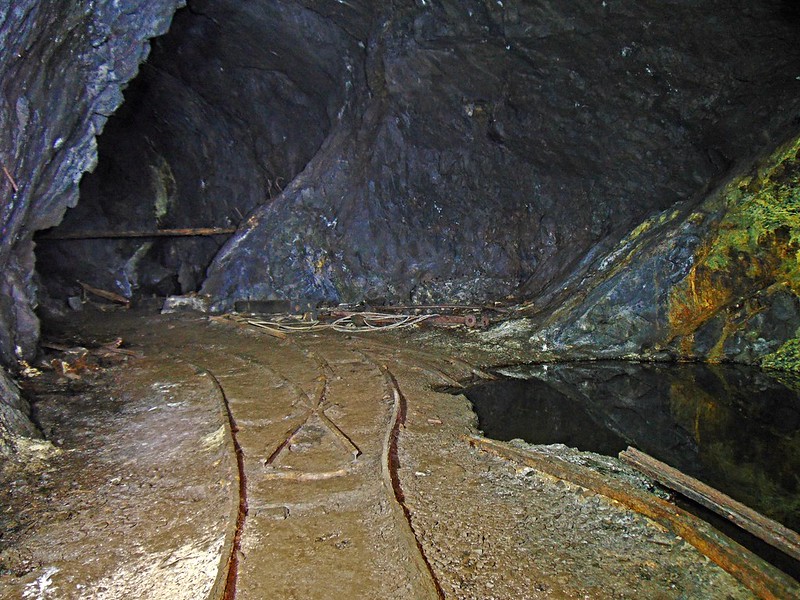 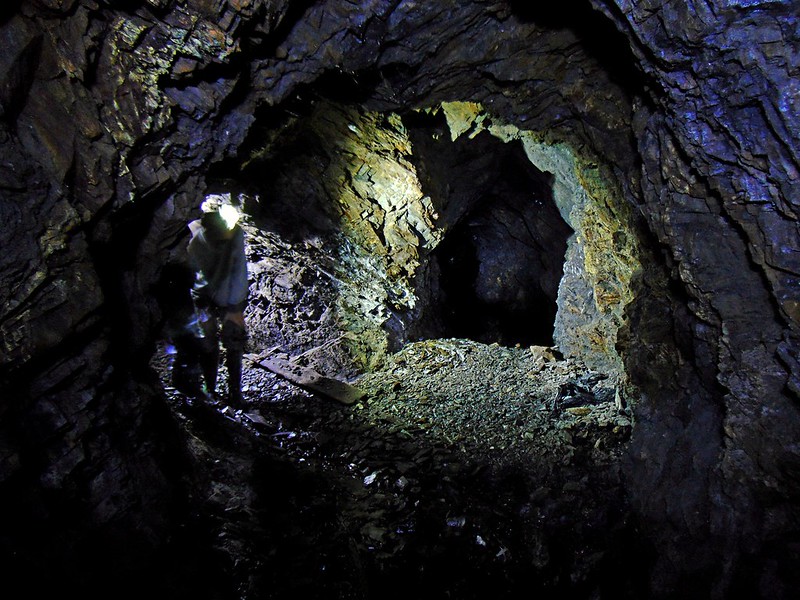 Not the biggest mine but its pretty nice and as far as i can see not a great deal of reports on it, again i put this in here as the risk of death on the top levels are very real, nearly caught me out, if visited be very aware of what you may think is a dead end could potentially leed to a a 30ft free fall to a nasty ending on the higer levels.

Bit of History from here: robinsonmaps.blogspot.com/2013/10/nant-gadwen-manganese-mine.html

Nant Gadwen mine was opened in 1827...two years later, the mine's output was recorded at 226 tons. At first, the heavy ore was taken away on the backs of mules to any port where a ship could be persuaded to dock - the coast hereabouts has a reputation among mariners and the proximity of Hell's Mouth was not an attractive incentive. Later, an incline was built down to a jetty, constructed in 1902/3 at a cost of £182.

The peak of production was in 1906, when 10,000 tons of ore were sent away to Brymbo and other iron and steel centres.

Nant Gadwen produced 45.644 tons of manganese in its lifespan.

For some reason, there were several gauges of rail used here, the main one being two foot gauge, although three foot ruled on the inclines. It is possible that there was mixed-gauge track in the stockyard above the final incline to the jetty. At least one steam locomotive is known to have worked here, a purpose built 0-4-0 saddle tank by Bagnalls of Stafford, called "Rhiw".

Production declined in peacetime because the ore was not of the highest quality, and superior foreign ores could be sourced by the mine's customers.

The mine shut down for the last time on Monday 17th August 1925 and the jetty was demolished in 1933. Rusted remains of the winches and incline pulleys can still be found on the beach below.
Click to expand...