Got busted as soon as we arrived. We then took a walk up to the base, where we got split up thanks to security inconsiderately driving around. I split over a field with Stumpy and we made our way to the hangars and control tower. The pictures aren't great but I was hiding at the time...

We made our way back through dozens of barracks and stores, through the naafi building which was just massive, then got lost.

A great site with a suprisingly lame unaccomplished history...

"It was an expansion scheme airfield built in 1938 to the usual pattern with four Type C hangars fronting the bombing circle with a fifth hangar tucked in behind that on the eastern side. The technical administrative and barrack buildings were of brick construction with flat roofs, most with central heating. During 1940-41, a total of 24 pan aircraft standings were put down, 18 on the south side of which all but four were connected to three taxiway tracks, and six on the north side where three were linked to a hard track. Later the number of standings was raised to 35. Grass runways were established as 07-25 at 1,230 yards, and 13-31 and O1-19 both at 770 yards.

In June 1940 Newton was one of the stations assigned to No. 1 Group when it gathered its battered Battle squadrons together after their mauling in France. Nos. 103 and 150 Squadrons arrived at the airfield in July and made the occasional night foray over occupied Holland during following weeks until re-equipped with Wellingtons in October. Thus endowed, attacks on German targets were pursued until July 1941 when No. 103 went to Elsham Wolds and No. 150 to Snaith. The move was occasioned by more suitable bomber airfields and the decision to turn Newton over to training activities. At this time Newton was able to accommodate 1,773 males and 304 females. This marked the end of Bomber Command's operational use of the station, a year in which one Battle and 15 Wellingtons had been lost.

For the next five years No. 16 (Polish) Service Flying Training School provided basic and advanced training for the hundreds of Polish airmen serving with the RAF, the unit only being disbanded in October 1946. Although various training activities continued, the station then became the headquarters of No. 12 Group, Fighter Command, In 1958 Technical Training Command took over and several ground schools followed during the `sixties and `seventies. Flying continued by the East Midlands University Air Squadron with Bulldog aircraft and the civilian operated Slingsby Fireflies on behalf of RAF Cranwell. In 1996 part of the camp was sold and the airfield closed in November 2000." 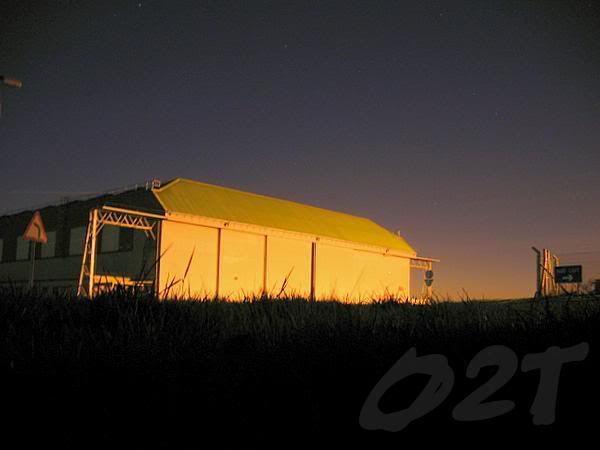 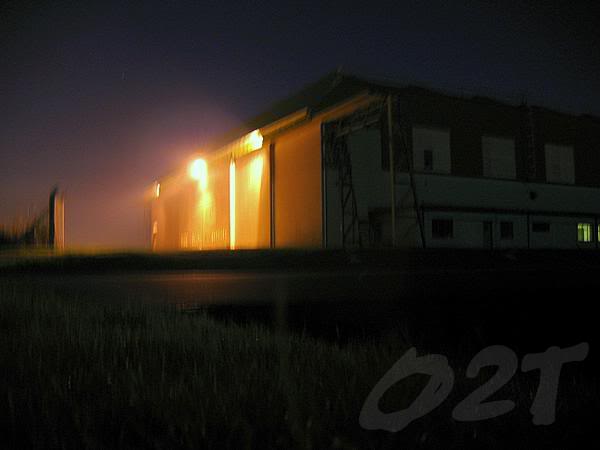 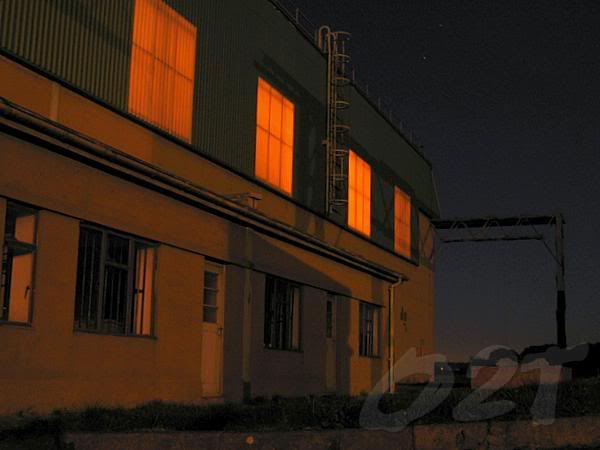 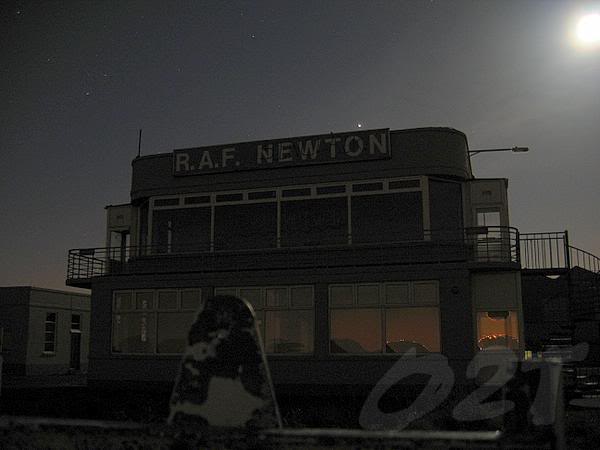 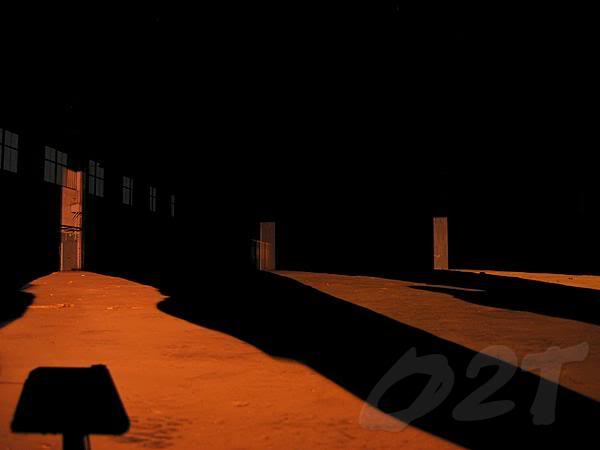 Regular User
Easily my favourite picture of the Evening!

loving my new camera soo much... 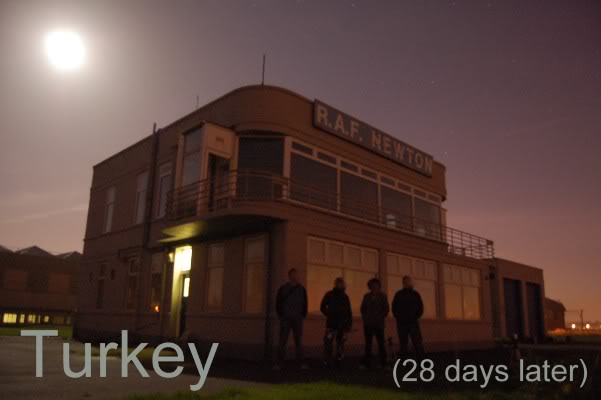 Did you guys get in the club??? 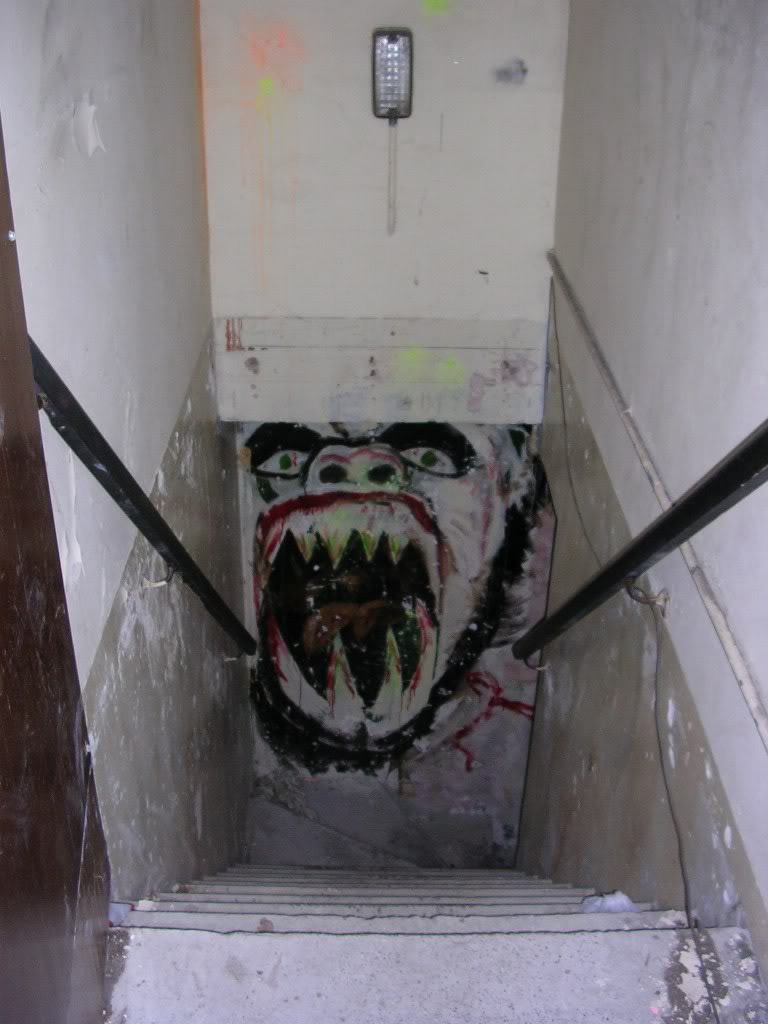 Second pic was taken in fron of the old ident square!
S

Best I could do was a shot through the windows, the doors are locked and it looks like they're renovating the place.

28DL Member
Please Note:
We went to RAF Newton and managed to get past security however they found us as we were about to leave. Our entire crew was physically attacked and spat at by security to the point we were worried for our safety and called the police who then came and removed us from the area for our own safety.
As for the bunkers we only managed to get into one and not much to see but a cool bunker none the less, cast iron construction.
hope everyone else has a more pleasant time than we did.
You must log in or register to reply here.
Share:
Facebook Twitter Reddit Pinterest Tumblr WhatsApp Email Link