Regular User
One of the last big outings shortly before lockdown. spent the day round Oxfordshire with @mookster and spent a good hour or so round here.
I think it came as a bit of a surprise that this place is still standing.

The station was first used by the Royal Flying Corps in 1916 but was not brought into use for flying until July 1918 by the Royal Air Force. During the inter-war years and continuing through the Second World War until 1950 Upper Heyford was used mainly as a training facility. During the Cold War, Upper Heyford initially served as a base for United States Air Force Strategic Air Command (SAC) strategic bombers and later United States Air Forces In Europe (USAFE) tactical reconnaissance, fighter and fighter-bomber aircraft in the UK.

Upper Heyford was unique among airfield in the United Kingdom as only the flight-line area required military identification to access. The rest of the station, save the commercial facilities, was accessible to military and non-military alike. Upper Heyford was also unique in that the airspace around the station (from the surface to 3500') was protected by a mandatory radio area (UHMRA) in which private pilots were required to be in contact with the base controllers on frequency 128.55 when flying past or overhead.

At that time RAF Upper Heyford came under the 620th US Air Base Wing until 30 September 1994, when the U.S. Air Force returned the airfield to the British Ministry of Defence.
The runways are now home to a variety of wildlife including the scarce lowland calcareous grassland and bird species such as peregrine falcon, Eurasian skylark and common buzzard.

Some of the buildings are used as an automotive storage compound for new and used vehicles. Other functions include police driving activities such as training. There is a boat builders called Kingsground Narrowboats located at building 103, this building is the oldest on the airfield and used to be the fire department originally, outside the boat-building workshop there are still parking spaces road marked as "FD". The majority of the residential buildings are now let out as rented accommodation and some of the shops and services have been re-opened to service the community.

There are however many buildings which are still boarded up and it is currently unclear what the future of those will be.

This was the last stop of the day on a trip round Oxfordshire. This is an old school explore that has been around for years, so it was a bit of a surprise to find it still pretty decent. It's been vandalised to bits, but has some wonderful decay. The long corridors of peeling paint make it fairly photogenic. It's also got a very unique sports hall filled full of sand, for beach volley ball. I'm not sure if there are too many of those in the world.

A good mooch and a nice way to end that day. 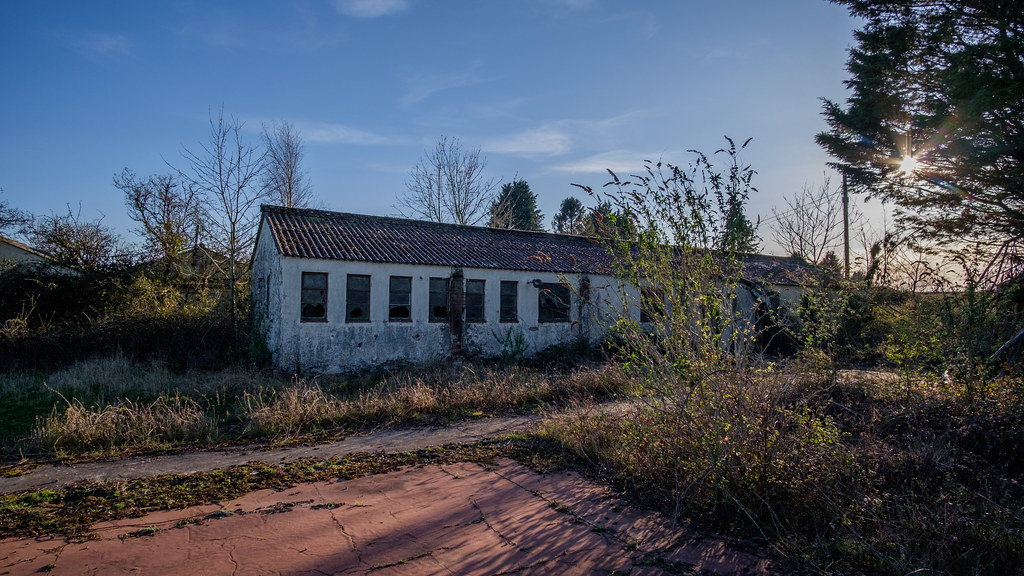 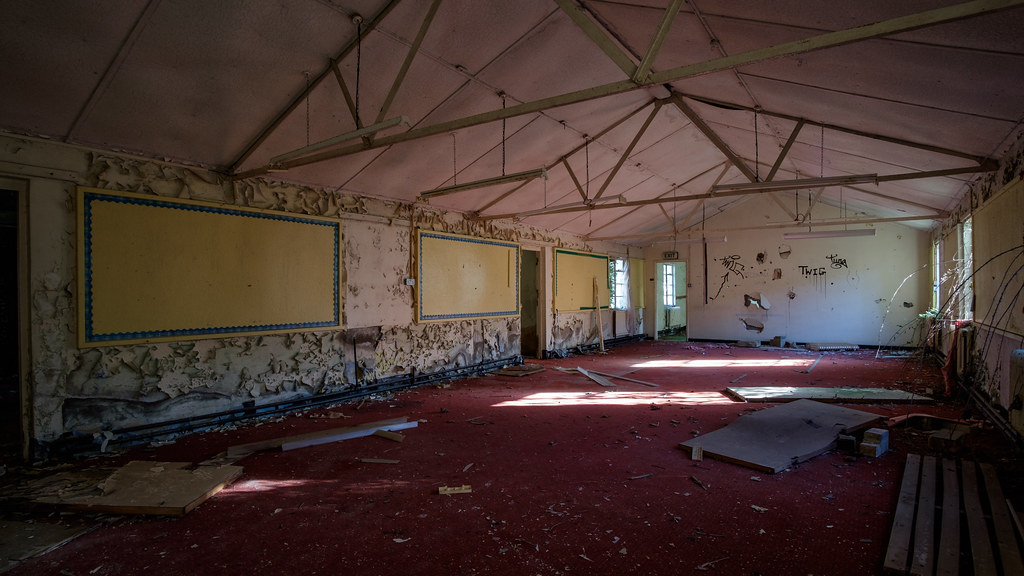 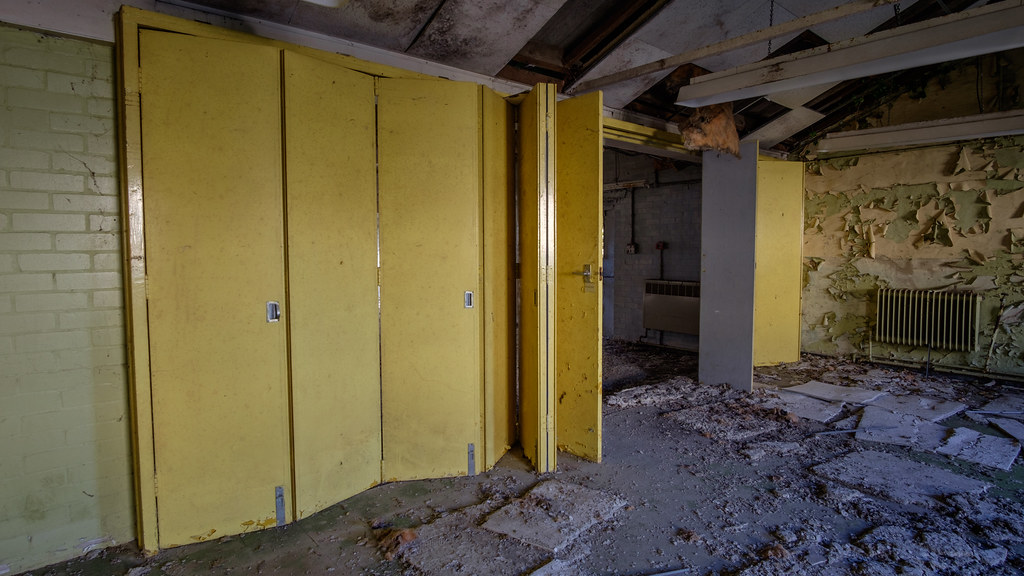 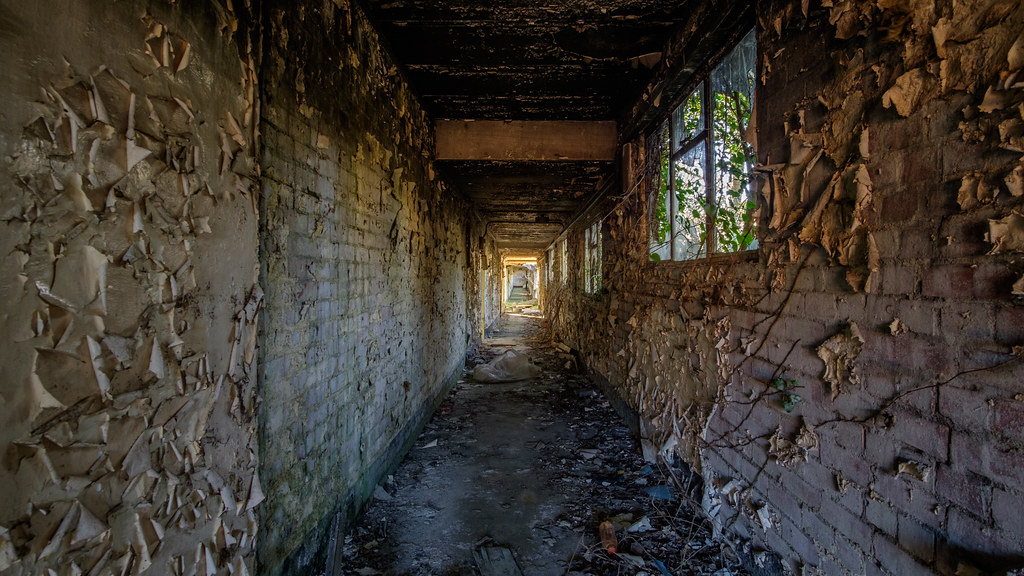 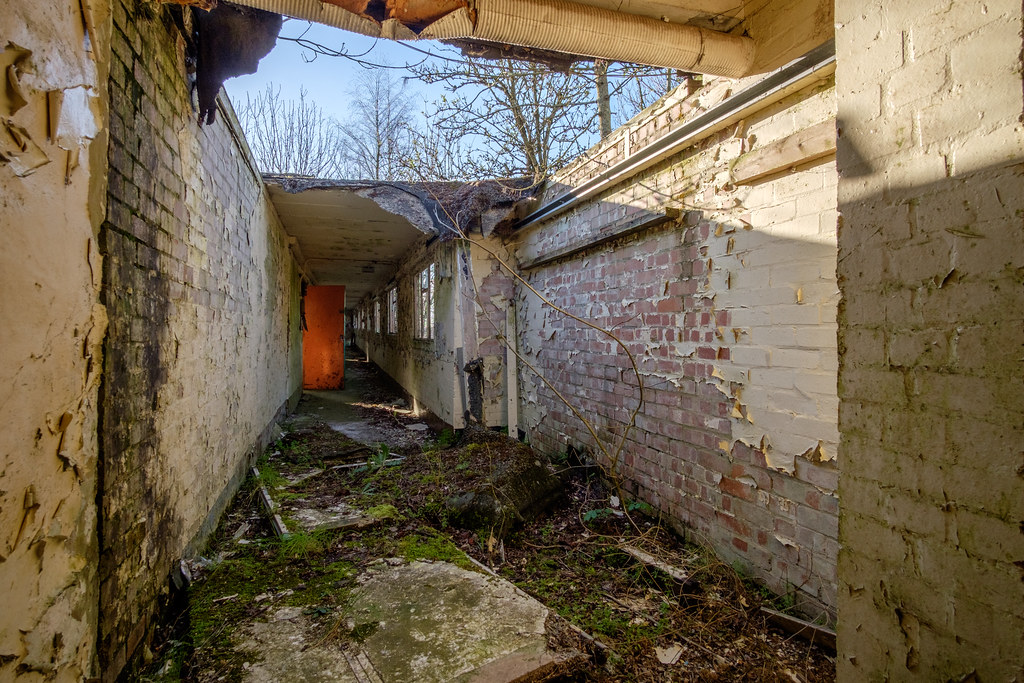 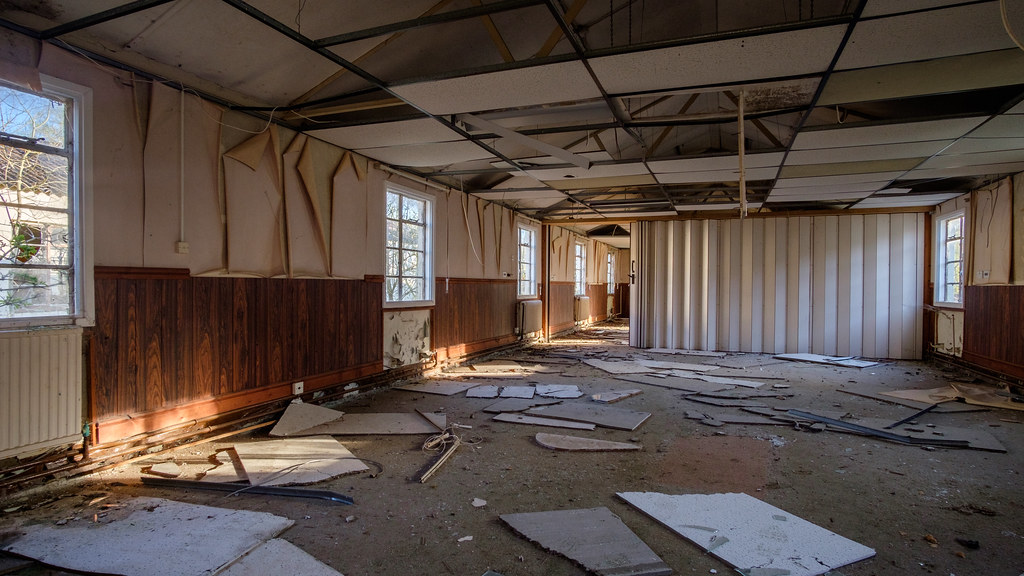 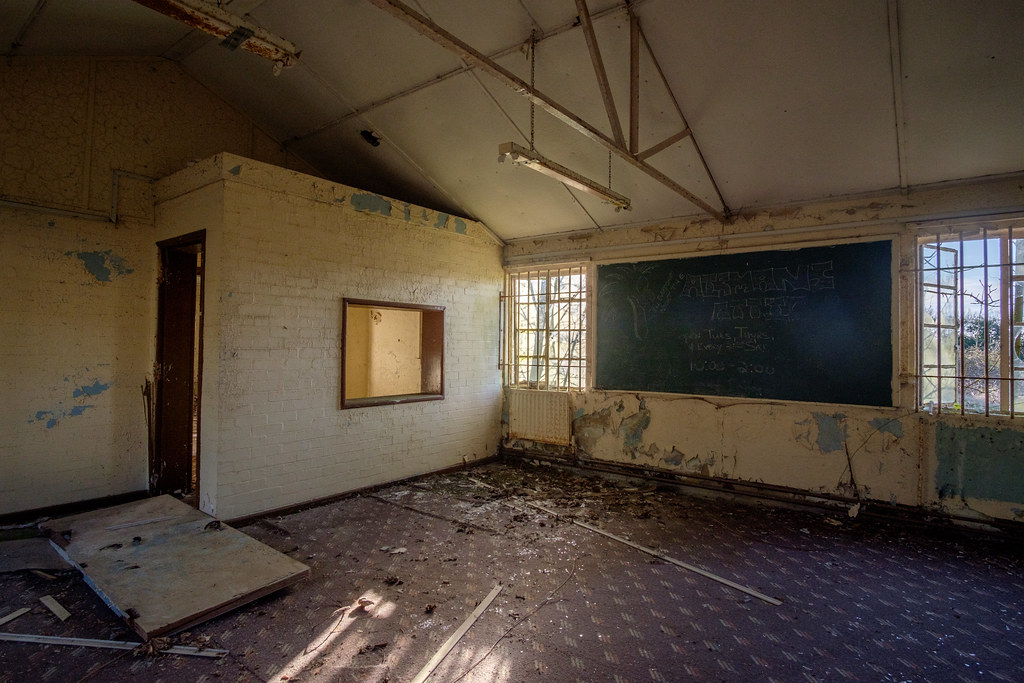 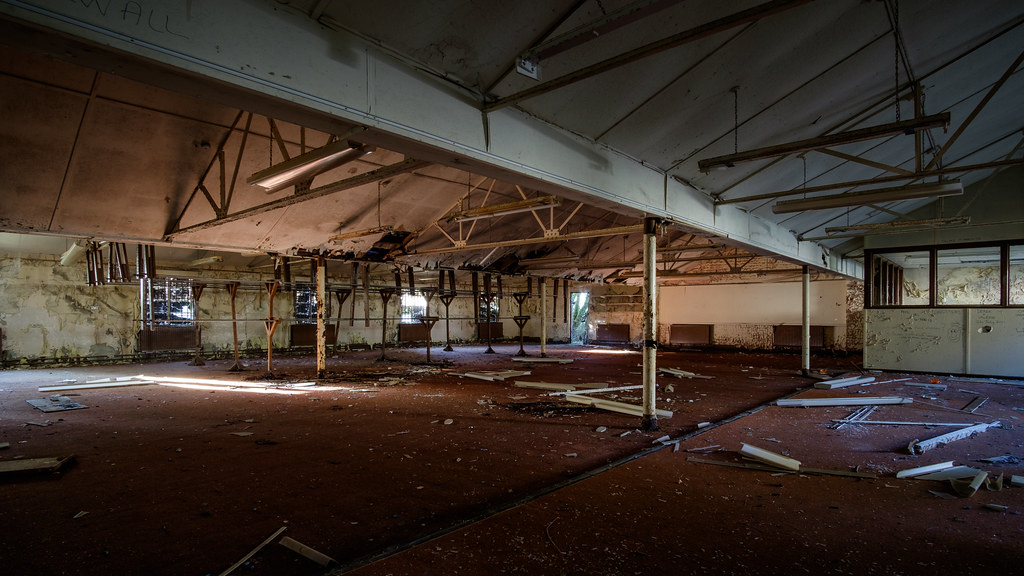 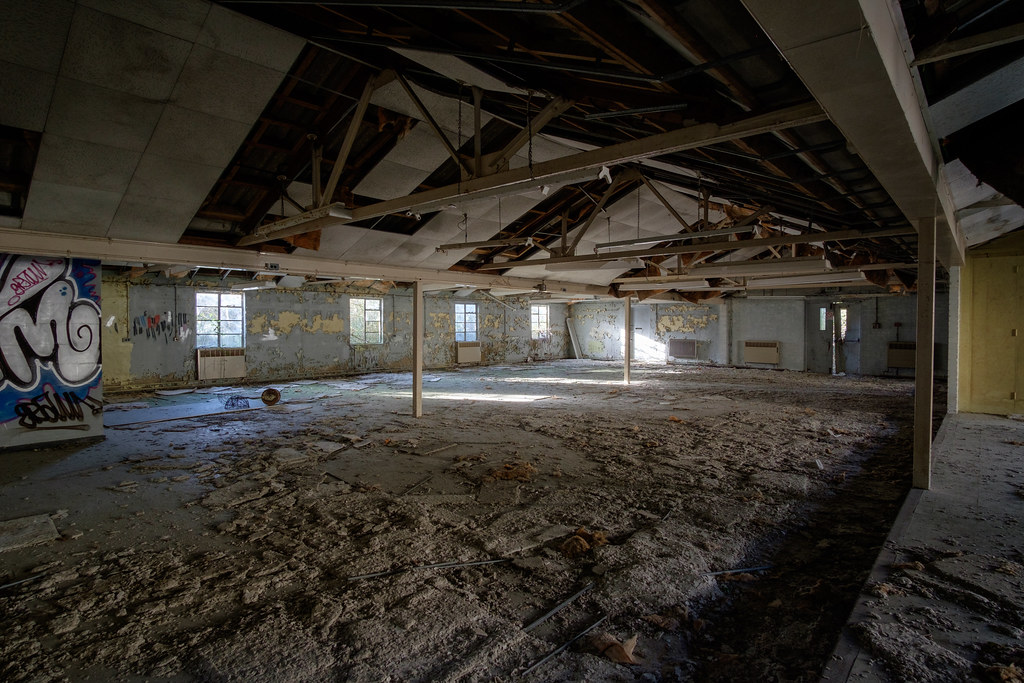 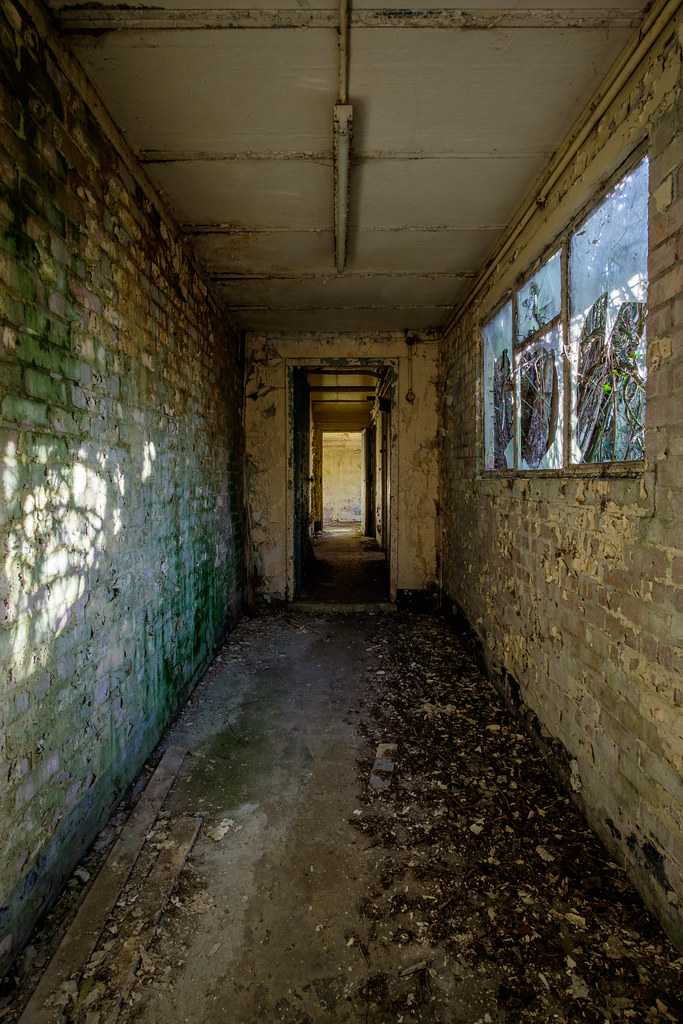 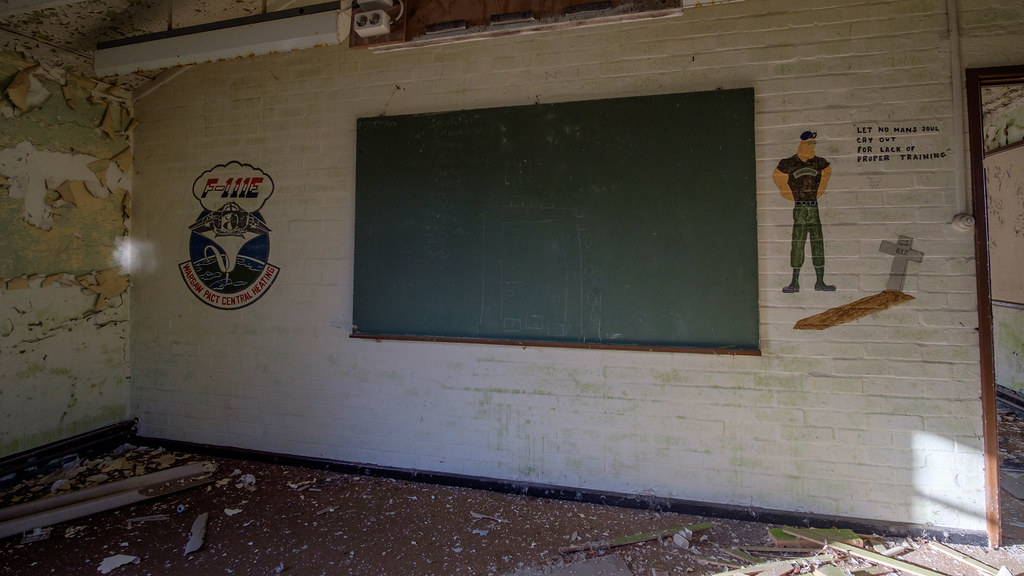 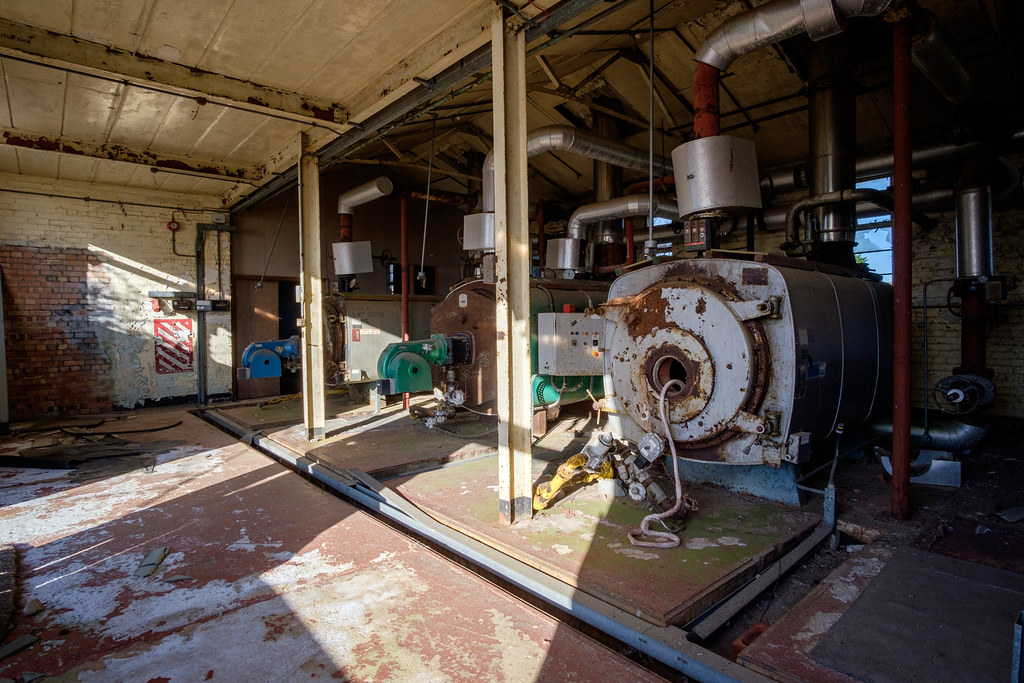 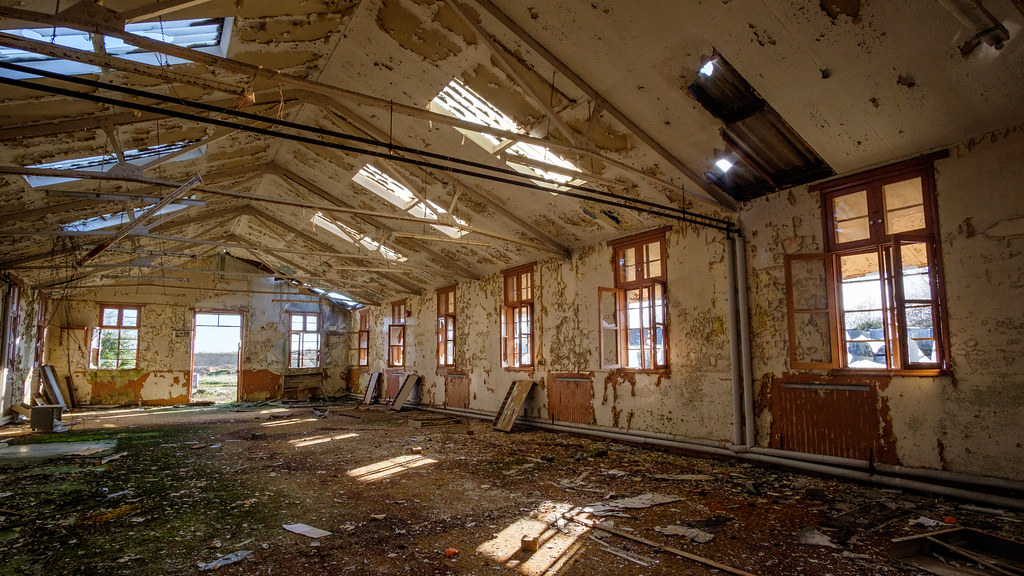 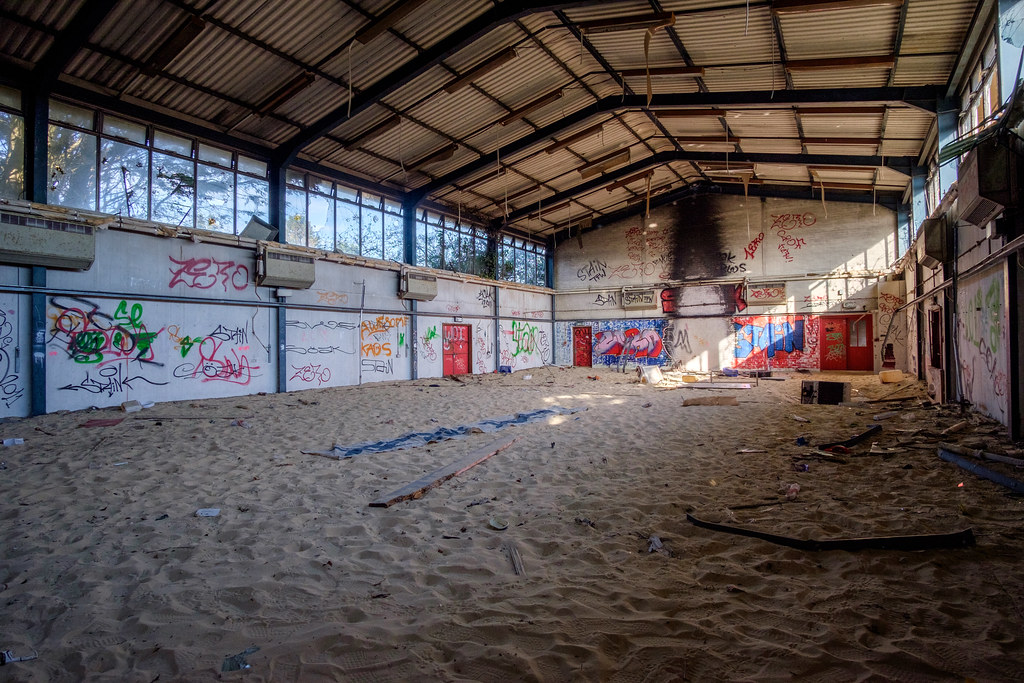 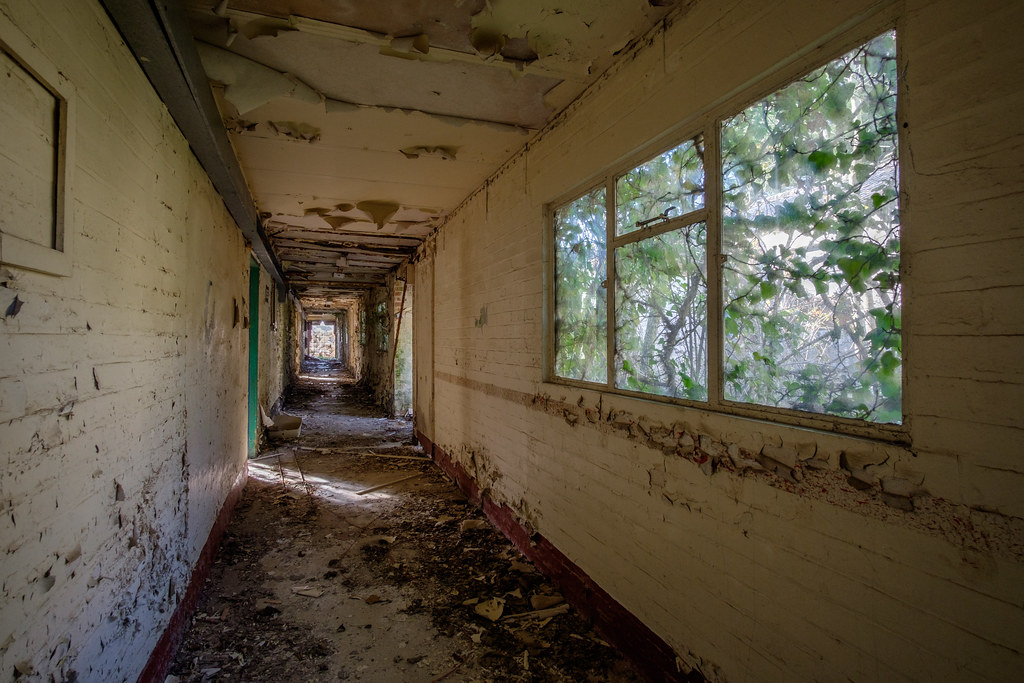 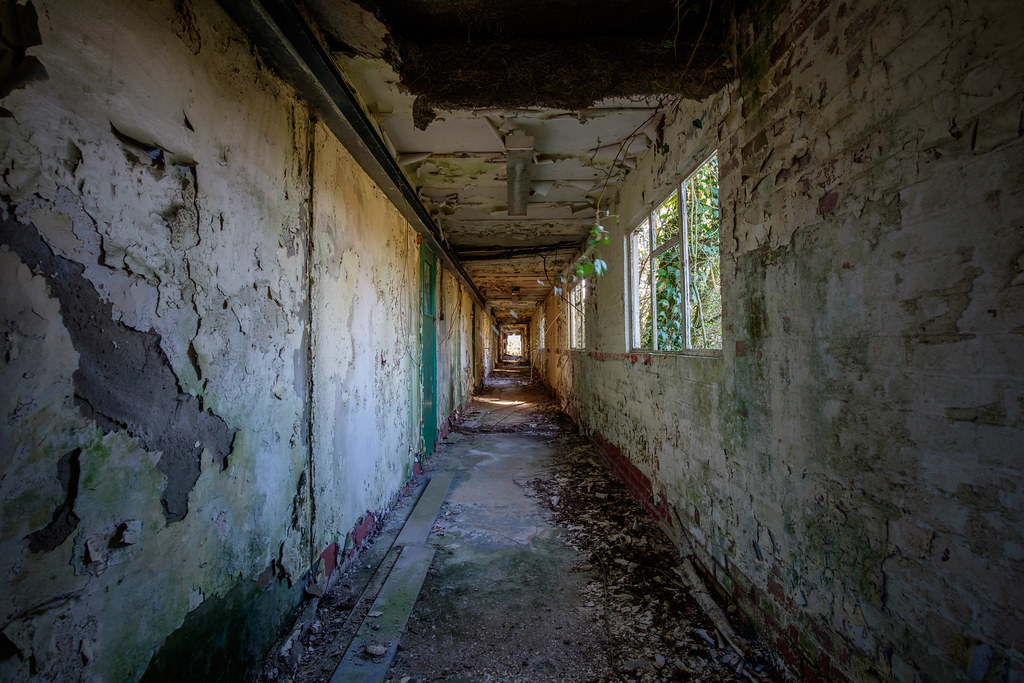