Regular User
Well, it has been a while since I have posted a report on 28, it is not that I have been idle but I seem to have drifted into caving over the last year or so and just dont take a camera out with me these days, mainly because of the hassle of carrying it and a tripod and dragging it through sporting crawls and mud only to find that I didnt get the chance to use it because my companions will generally only stop to look at a good mineral deposit, rock formation or a piss or dinner and do not hang around to set up a good shot, epic lighting or long exposure, anyway I thought that with all the changes going on lately I should post a report to show that I still live here on 28, I did consider posting it in NP+ because it involves images of Lenston and sheep but thought that most of my mates wouldnt see it so posted it here instead

Anyway it is always nice to catch up with Lenston he is a good friend and he is a total Gent, as well as being a dab hand at taking photatoes underground he is fucking loaded so always has a flash lens or two in his camera bag that you can lend off him to try out, and he is great company for a day underground

We planned to visit Ratgoed but we were scuppered by the snow and with a break in the weather we headed off to see this gorgeous mine, we did consider a camp over but with mothers day today we thought better of it but I can confirm that this place is so beautiful that we are definitely going back to give it a proper rinse on all 8 levels when the weather warms up.
On the way up we were stopped by a farmer who asked us to keep an eye open for one of his dogs that had gone missing three days earlier in the snow and he feared that it may have fallen down a shaft or off a vertical drop in the local mines, as it happened we did not find his dog but did find one of his freshly dead sheep that had fallen off a wall and died.

The name Ratgoed derives from “Yr Allt Goed”, which means the steep, wooded hillside. Ratgoed mine was also sometimes known as “Alltgoed”. The Ratgoed slate workings lie at the head of what was originally called Cwm Ceiswyr but became known as Cwm Ratgoed because of the quarry. It lies north of Aberllefenni and northwest of Corris in, what is now, the Dyfi Forest.

The slate that was quarried at Ratgoed was the Narrow Vein. This runs from south of Tywyn, on the coast, to Dinas Mawddwy about 18 miles inland and follows the line of the Bala Fault. The Narrow Vein was worked along its length at places such as Bryneglwys near Abergynolwyn; Gaewern & Braich Goch at Corris, Foel Grochan at Aberllefenni and Minllyn at Dinas Mawddwy. The slate at Ratgoed dips at 70° to the southeast, the same as Foel Grochan.

Ratgoed was a relatively small working, it was worked from around 1840 until its closure in 1946.

This place is so achingly beautiful and the walk up and above ground artifacts and buildings are spectacular. 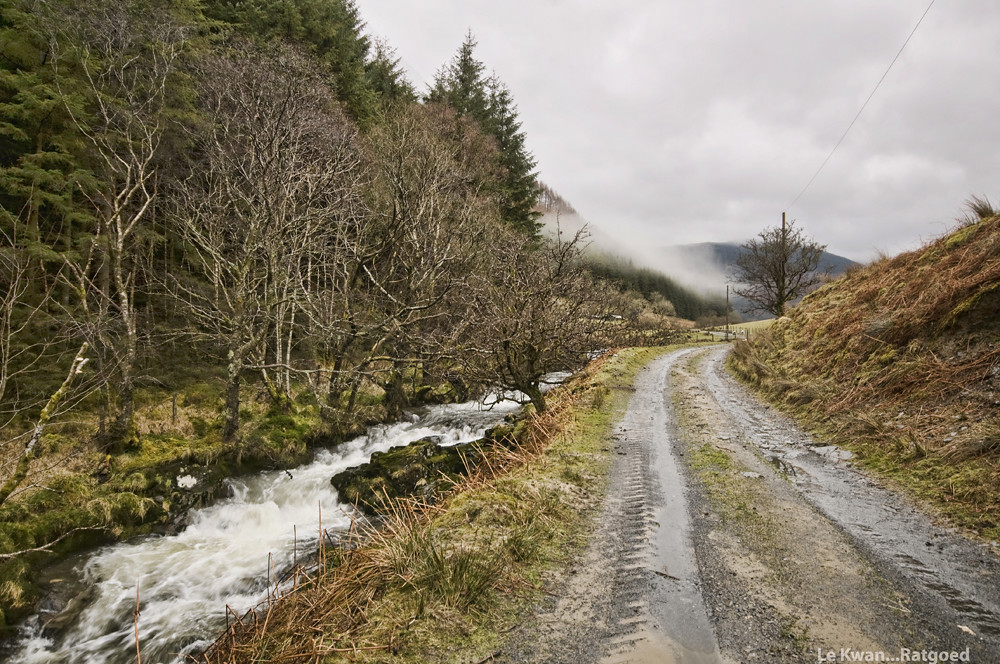 the walk up skirted a stream, a waterfall and went through numerous small holdings and eventually wound its way up to Ratgoed

SHEEEEP, the sheep whisperer (the real one)...we shouted mintsauce and roast potatoes, they were not phazed until the whisperer got his 18-70 out

there were numerous old old buildings and winding houses to see

when you get up to the quarries after walking along the disused tramway you could be forgiven for completely missing this old incline and if it wasnt for the GPS map we would have missed it too. 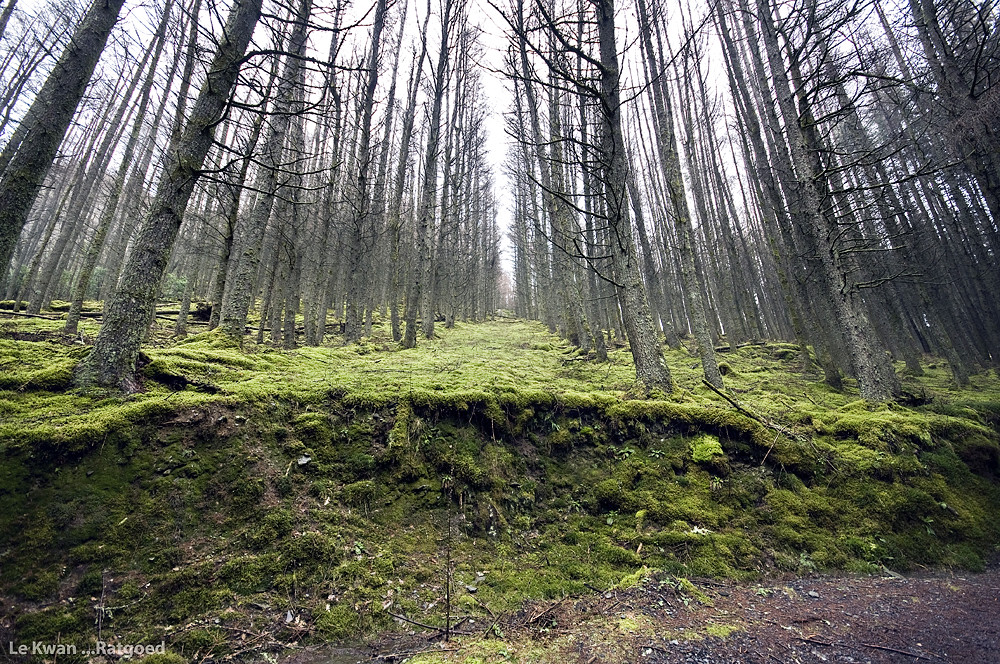 there are a good few adits and levels to explore but you need SRT equipment but underground is very nice, this old winch is a bit photogenic 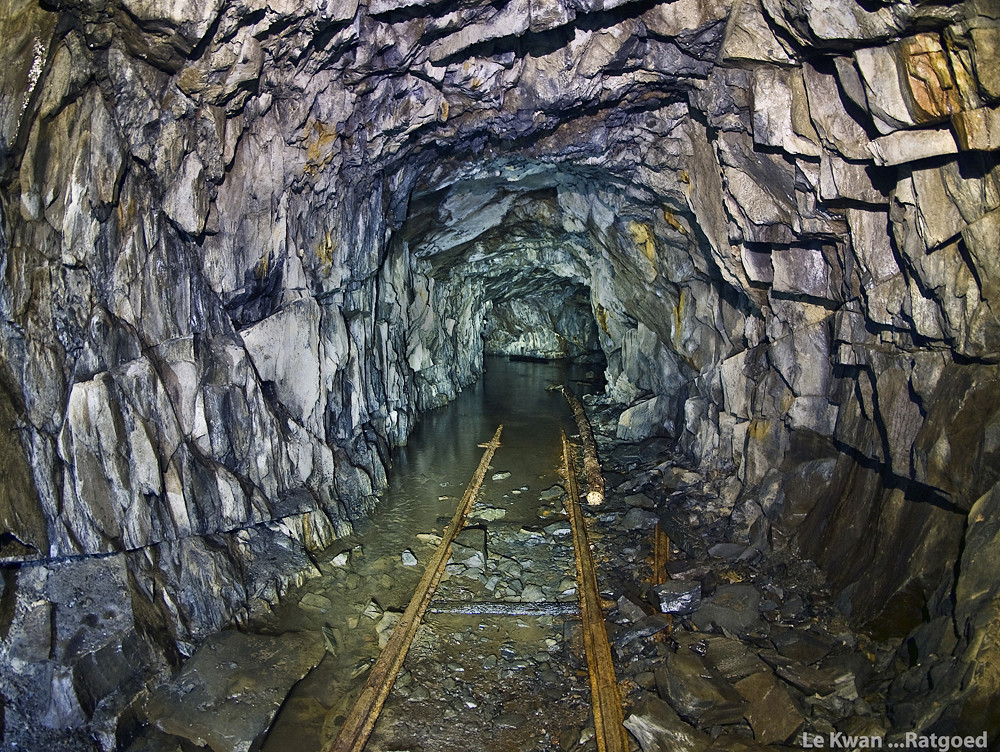 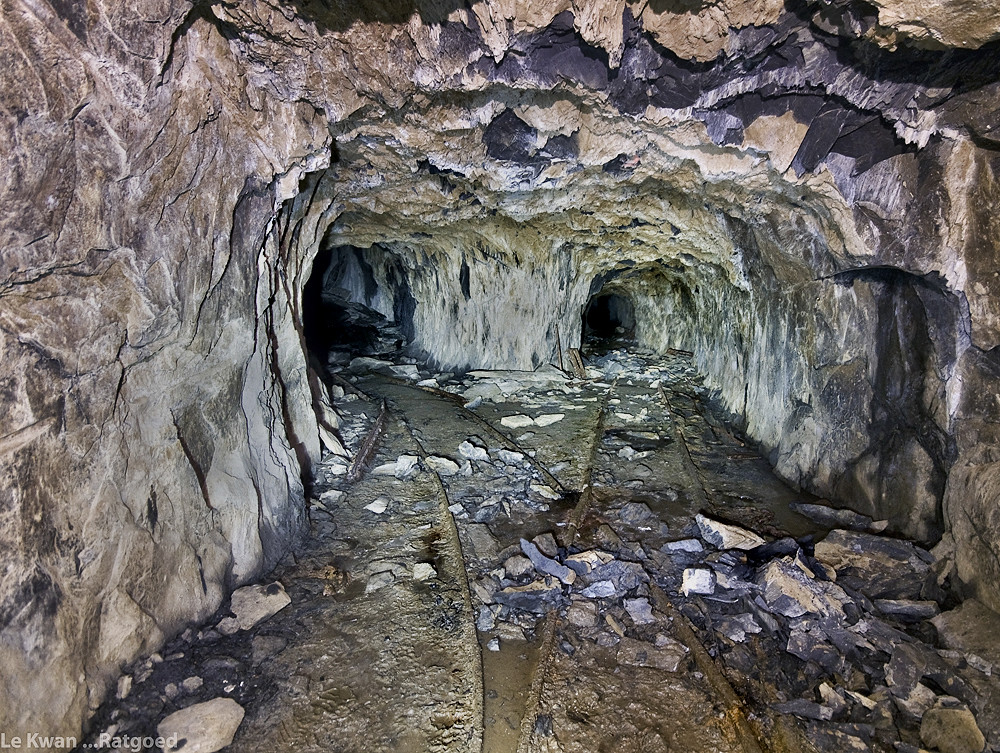 lots to see, underground was as lovely as above ground

the stone changes frequently and even appeared chalky in parts

I promised to show Lenston some of the manual settings on his new camera after a game of off ground tick....I won, was on here for hours, i only got down when he threatened to call the fire Brigade :) 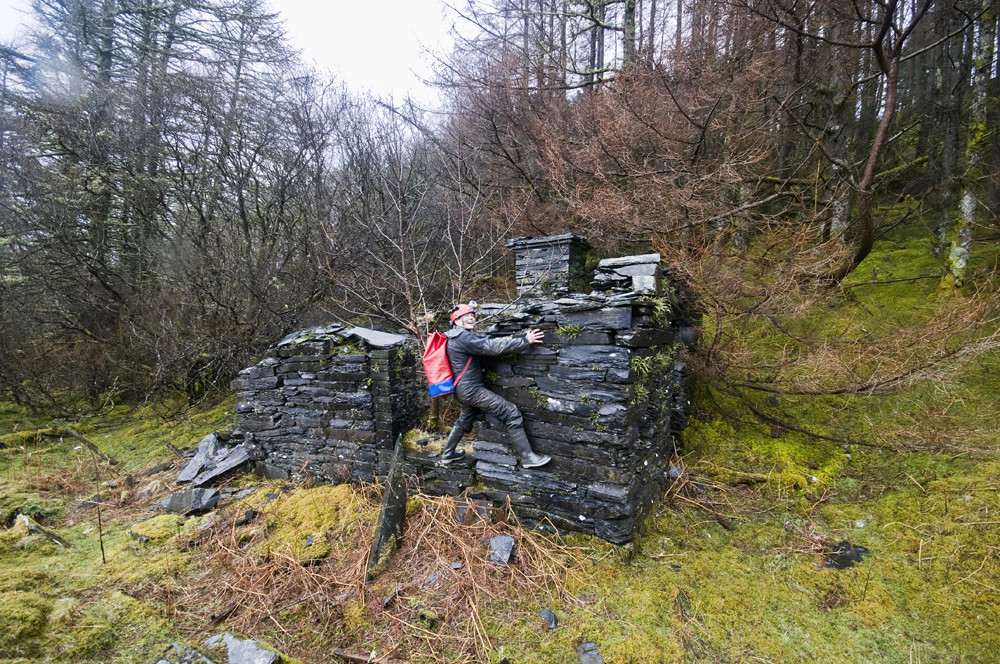 told you it was lovely

in the quarries were numerous carts and artifacts

see if you can spot Lenston in this photo

Regular User
Loaded, you confusing me with someone else :) It’s a good wander up there and thanks for the great company, some great images there mate :)

Regular User
great stuff, love the colours in the tunnels. i cant see lenston in the last photo though and its annoying me

Staff member
Moderator
Sod the mine, photos of sheep are always a winner for me

Lovely looking mine and some nice remaining features, nicely captured too.
Free and easy down the road I go, Livin' life like a Sunday stroll

UrbandonedTeam said:
great stuff, love the colours in the tunnels. i cant see lenston in the last photo though and its annoying me
Click to expand...

SORRY, that was the wrong picture...this one

The Kwan said:
SORRY, that was the wrong picture...this one
View attachment 757643
Click to expand...

Not sure what's he's up to in this one though?

Not sure what's he's up to in this one though?

LOLOL, dont start all that photoshop stuff TLR, my shot was real, right out of the camera

you have forced me to post this, also a real photo

Regular User
Top report there mate. Looks like a great place to spend some time.
eating seeds is a pastime activity.

28DL Full Member
Top report that man, it's a beautiful part of the world that.

Regular User
Thanks for commenting folks, very kind of y'all