28DL Member
Hi this is my first post so apologies if this has already been reported or if I am in the wrong forum.

We were on a walk through the south downs and we stumbled across this underground bunker.

There was no surface structures except for a noticeable mound and the entrance, someone has already removed the concrete seal. There was a small ladder down to it. The inside is small with concrete walls and floor and a brick ceiling. It has been flooded with several rocks and sticks accumulated around the entrance. There were two small pipes leading in however I could not find where they came out. There was a contraption on the wall next to the entrance with a pipe attached, you can make out a bit of it from the photos of the entrance but I do not have any direct photos of it.

My first thoughts were that it was an ROC however it is not on the official ROC list and looking at pics of other ROCs it is quite different. It could be a private bunker but I think it would be pretty useless as it is not close to any house. Possibly a ww2 resistance bunker in case of a Nazi invasion, even just as a weapons store?

I would of taken more photos but I wasn't expecting to make a post about it, I only came on 28dayslater to try and find out what it was. Any ideas?

28DL Full Member
Nice find!
I'm pretty sure it's not a ROC as there's no escape route. Looks like storage to me or maybe a small disused underground reservoir??

Magic maps might be able to help you if you remember the exact location. :-)

28DL Full Member
The Defence of Britain database shows a number of defence sites in the Plumpton area but I'm not sure of the route of the South Downs way in relation to your discovery. It does not look like a Home Guard auxiliary hideout either.

Regular User
What date did you explore this?

28DL Full Member
Thanks for clearing that up once and for all.

Airfix said:
Thanks for clearing that up once and for all.
Click to expand...

28DL Full Member
Found this myself a couple of years back on a walk. From my limited research I concluded it is probably something to do with the home guard from WW2, there were 100s of underground bunkers built in secluded locations and many of their locations were kept secret - and have been forgotten in time. This would have be an ideal location given its proximity to lewes which with the river flowing to newhaven port would have probably been considered to be of strategic importance.

Anyone wants to take a look it is here: 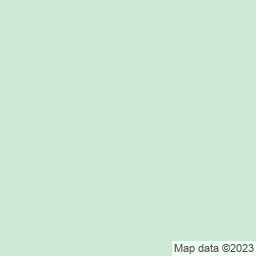