After our original plans of a re-visit to Bradford were scuppered, we were not to be deterred, so after a quick takeaway of chicken tikka and onion bhajis from curry capital we continued up the motorway on our quest for more drains.

The 'Masticator' had been on the list for a while, so after a quick arm bending I managed to convince Thompski and we hauled arse over to Leeds to see what all the fuss was about.

The Meanwood Beck aka Sheepscar Beck flows through Adel, Meanwood and Sheepscar into the River Aire in central Leeds. The Beck was a source of water for the village of Headingley and two of its earliest bridges led straight to it. The Beck has shrunk considerably over the years as water is collected in the many drains in the centre of one of Britain's largest cities. It provides water and drainage for Meanwood Valley Urban Farm.

On it's journey downstream the composition of this drain takes many forms and changes shape and size many times. Along the way there are a number of CSO's dumping into the Beck, the most infamous one being 'Archimedes Screw' used to filter the poop out of the trunk sewer which flows alongside the Beck.

In the 16th to 18th centuries it provided power for corn mills, and in the 19th century it supplied water for a chemical works and tanneries, one of which, Sugarwell Court, is now a university hall of residence.

It suffered a serious pollution incident on 29 March 1999 when an oil tank at the University of Leeds' Bodington Hall was overfilled and 10,000 litres of oil flowed into the Beck. It is also a habitat for the indigenous European crayfish, which is currently threatened in the UK by a plague carried by the Signal Crayfish introduced from America. As well as the crayfish there is also bull head fish present which can be found easliy with a net and a pair of waders, they generally are located on the stream bed in the mud and silt.

NOT MUCH EVIDENCE OF THIS TODAY, MORE LIKE CRACK CENTRAL; NOW RESIDENCE FOR THE LOCAL BAGHEADS. THERE WERE MORE NEEDLES THAN WILDLIFE, INFACT IF THE OIL TANK INCIDENT IN 1999 DIDN'T SEE THEM OFF THEN THE SMACKHEADS CERTAINLY WILL!

AND as for the fishing in these parts I think it's safe to say that my snickers bar was more appetising.

The Beck goes above and below ground as it winds through into the City Centre. As we got to the outfall Police were accross the way staring right at us, we also had some strange looks from tourists on the bridge whilst Thompski was busy waving at every man and his dog, I managed to take a few pictures and GTFO before we got arrested!

Later we find that MJS & Gambino had and I quote "Been on your trail jumpin' down at all the open sections to try and surprise you. Were gonna wait on the other side of the bridge at the outfall to get your pic now".

Anyway here is what we would have seen had we found them.

BRITAINS GOT TALENT - LIVE FROM LEEDS, The MJS & GAMBINO Show 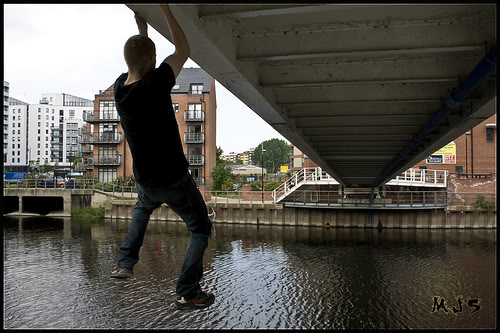 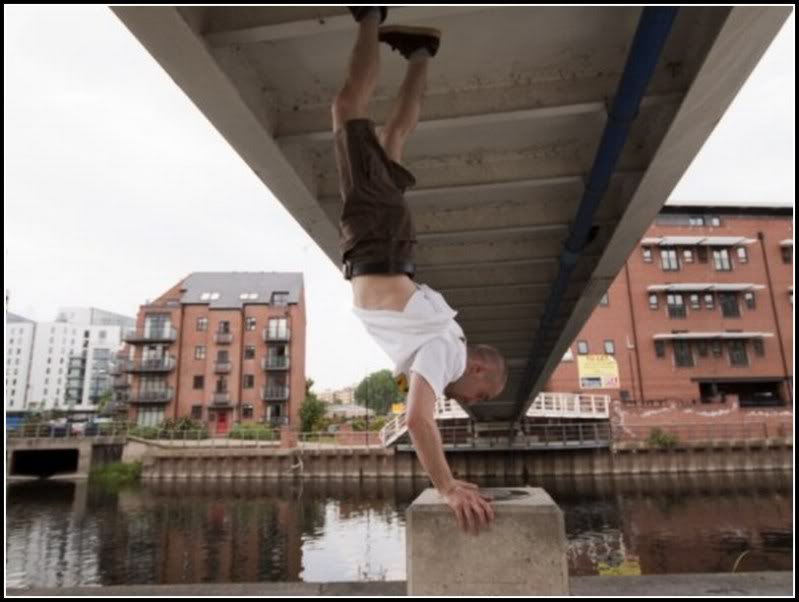 Oh and a few pictures from us, Thanks For Looking

THE START OF A 5 HOUR MOOCH 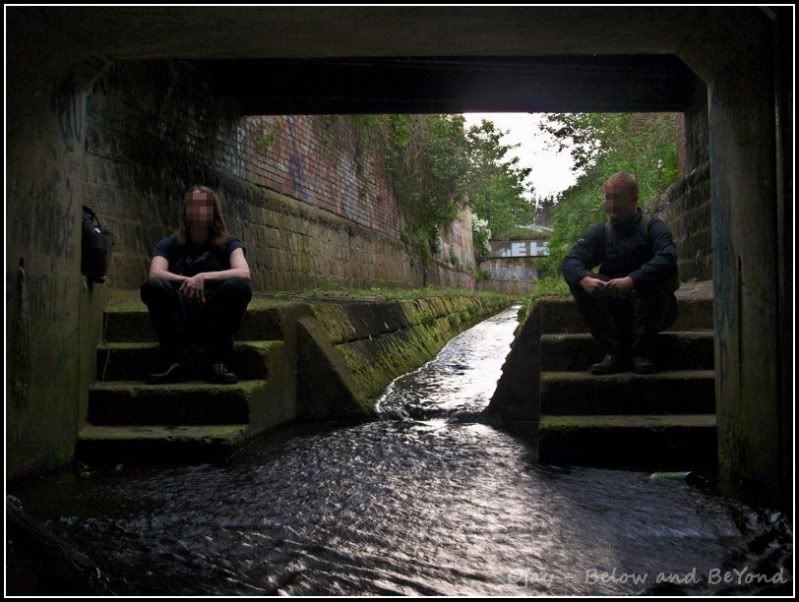 After wadering up we were off down the Beck is it twists and turns over, 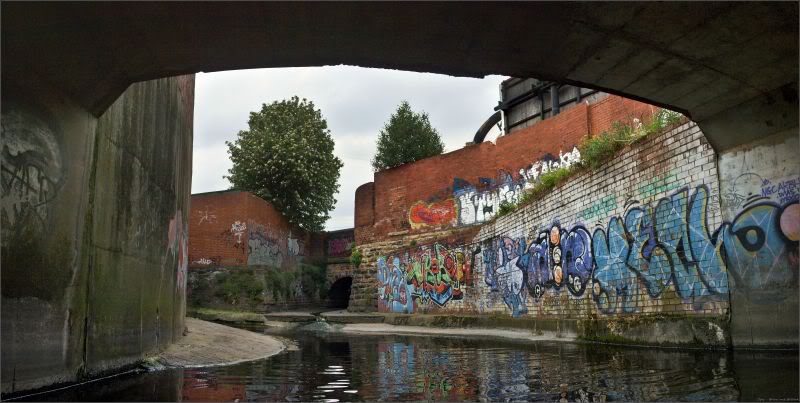 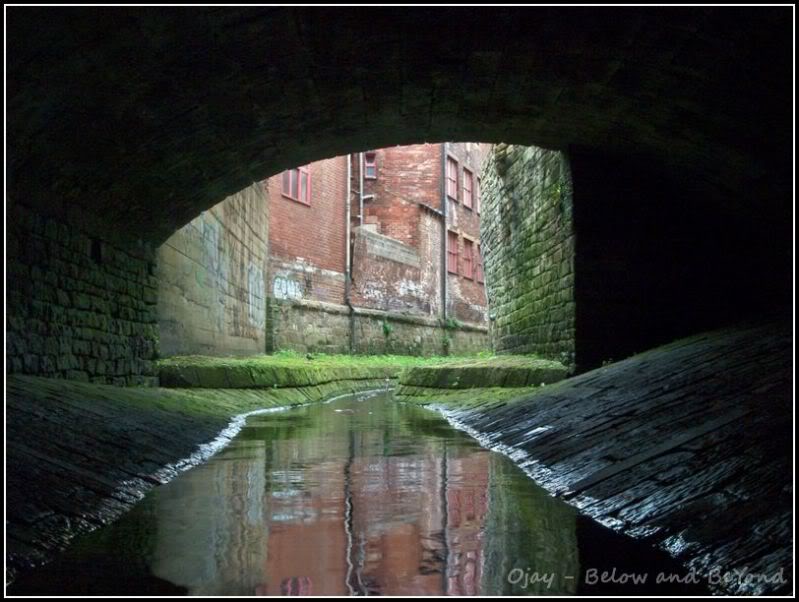 and under the city 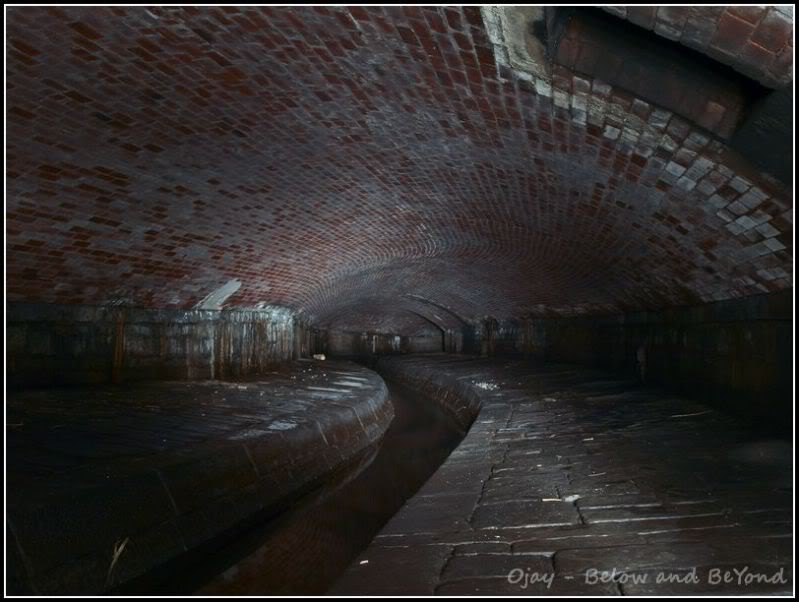 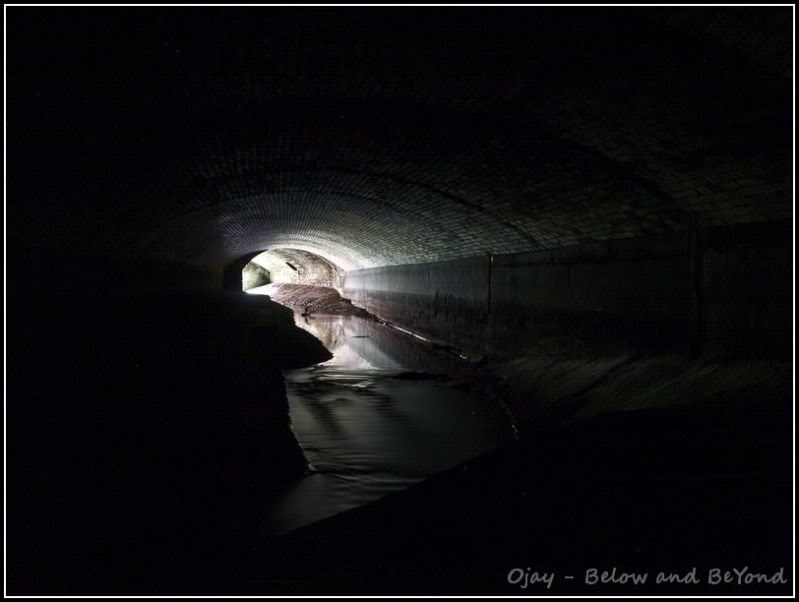 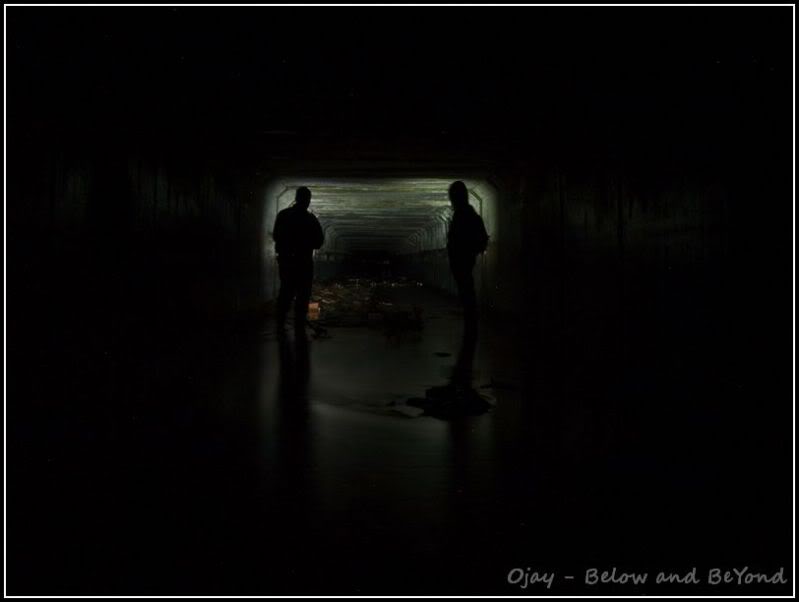 This was deep underneath the Railway Station above 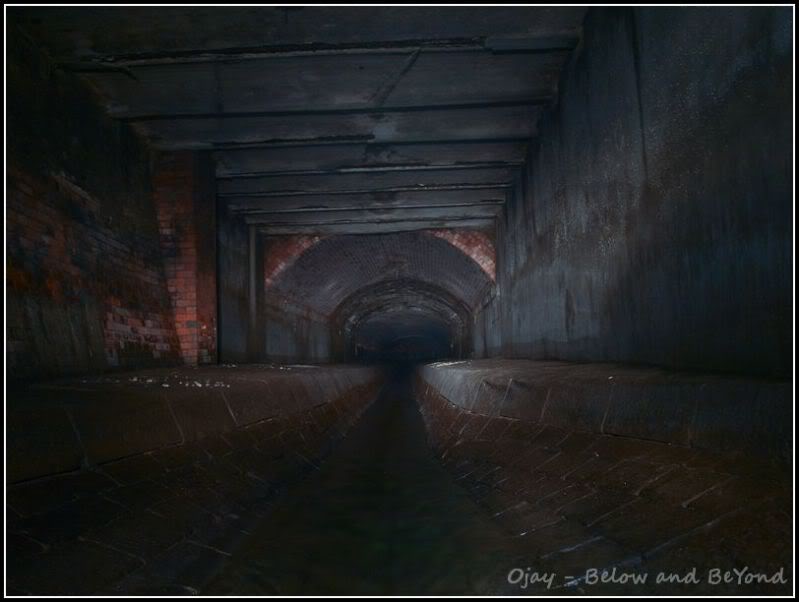 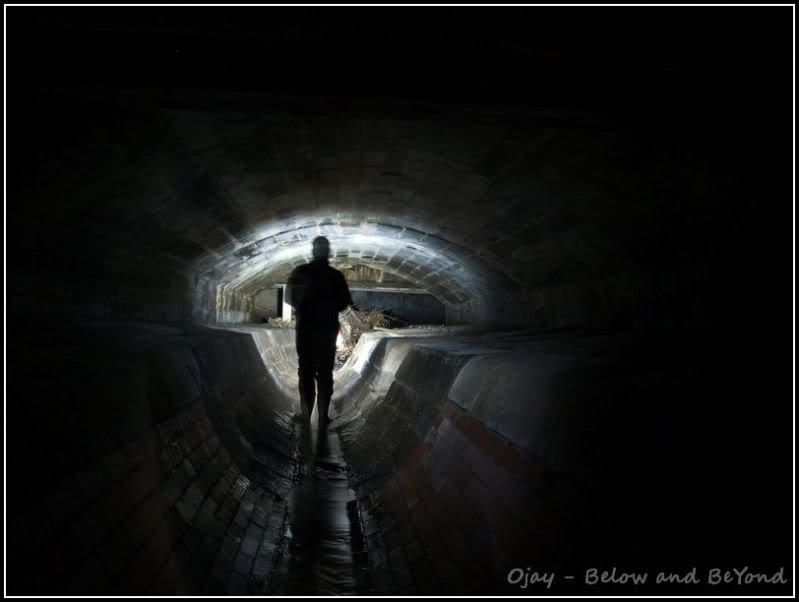 On the way there were numerous CSO's dumping filth into the Beck, we spotted these curious pipes which had the following choices:

Originally they were marked up as 'Holy Grail', 'Death' & 'Tigers' 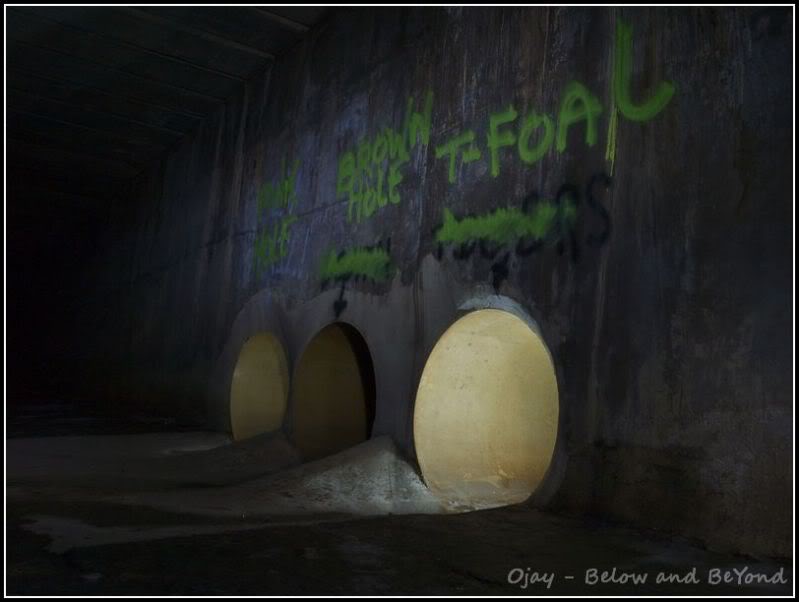 After donning disposable gloves I first took the plunge and crawled up into what I can only describe as SHITE... The smell was horrendous as particles of poop filled my nostrils (Yummy).

Eventually we both squeezed inside the CSO chamber where we came across the infamous 'Archimedes Screw' a quick pose for the camera and we were back out, more comedy moments as I twatted my knee on the way! 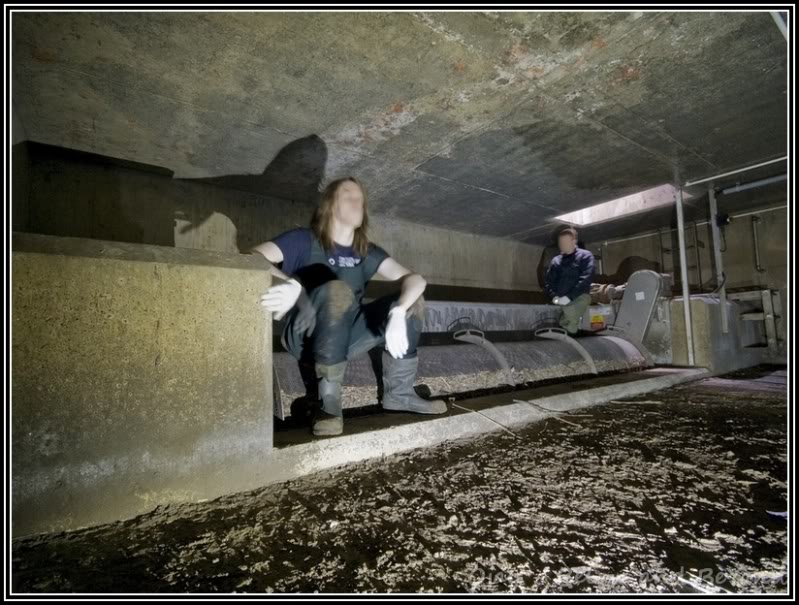 After much stooping and dipping in and out of the drink we came to this huge RBP, which for me was one of the best features of the whole system 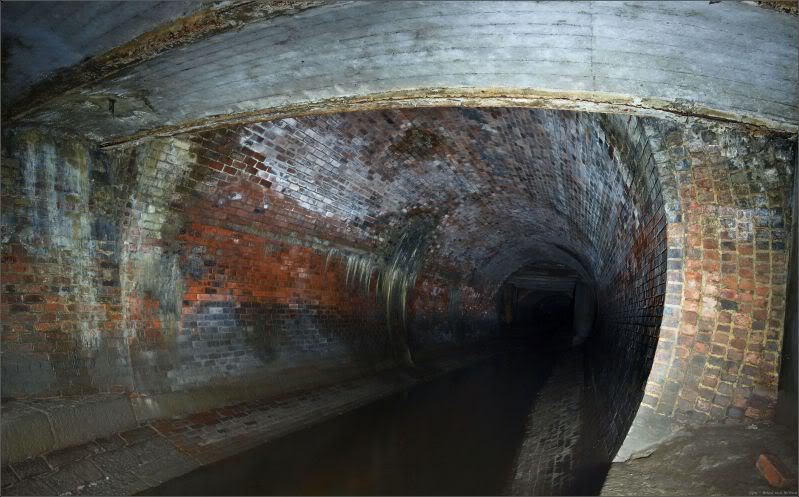 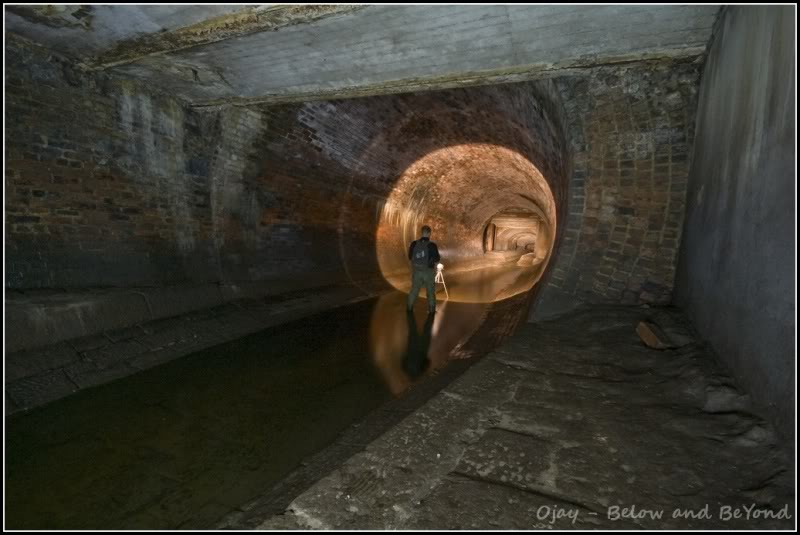 Finally some of the graff, 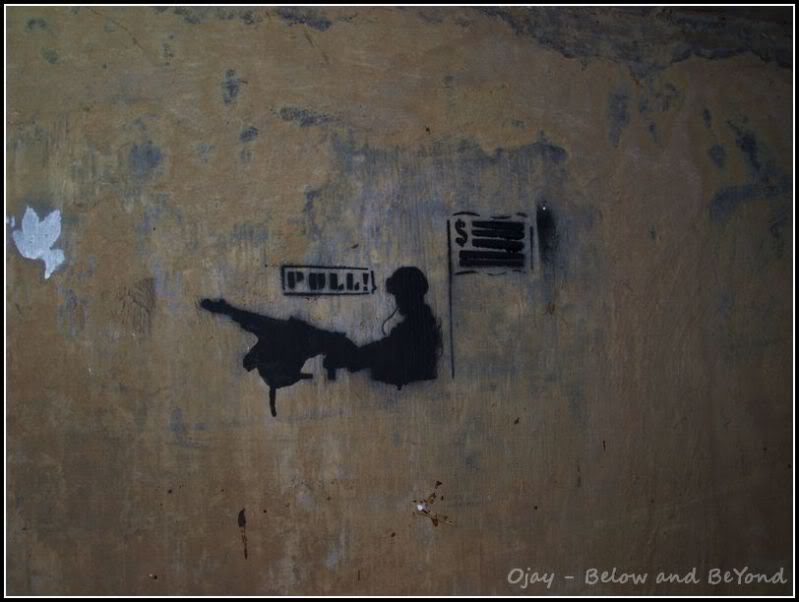 before arriving at the Outfall