28DL Full Member
Originally these churches were all going to be their own separate reports but after some consideration I decided it was best to do a sort of "three in one" to actually make this worthwhile rather than clogging up the forum with short reports. Which, let's be honest, aren't that interesting. I'll start with the best and progressively let things get worse.

I had this place on the "to do" list for sometime but never had the will to visit as I believed it was either inaccessible or restored, thankfully I was in the area by chance so it was rude not to check it out.

Unfortunately there isn't a great deal of history for this place, like most small churches/chapels, but after diving into a rabbit hole of random articles and websites some amount of info was available.
The bits I have put into brackets aren't necessarily important to the history, just thought they might be interesting to some.
I've also left links to the sources for anyone who is interested.

The church can be traced back to the beginnings of Market Stainton (Previously just Staintone) itself, with the church appearing in the 13th century, in which the village was becoming one of the many market towns. The village itself eventually deformed to a small hamlet, with the markets moving to nearby Horncastle, leaving it as a small farming hamlet which is still the case today. The church itself still stood as the center point of the village with a tower to the west being added sometime in the 14th century.
Continuing on to the 18th century the church saw a series of exterior repairs with work adding brick buttresses' made from greenstone onto the corners of the tower to improve structural strength.
Fast forward to 1848 the church saw the rebuilding of the chancel (the bit at the end with the big window) under Rev John Lott before the church was then restored in 1866 and later in the early 20th Century (Before WW1).
From then on it is unclear what else took place and the church was eventually made redundant sometime ago, presumably due to the small capacity and isolation from any major human population.

Since then it has stood vacant inside, until recently, with the graveyard receiving regular maintenance throughout mainly due to several graves relating to those who once severed at the RAF ammunition depot (1943 to 1947) nearby.
There have been several calls for restoration of the church, after theft of lead from the roof and reports of the inside. Unfortunately as the small Anglian church is only able to seat a small amount of visitors ( roughly 80 ), so reuse as a church wouldn't be viable. Today the building is under offer and appears to be in the beginning stages of restoration with numerous ladders and scaffold found inside on our visit.

The visit was rather relaxed having sent myself on a circle around the building a way in eventually came into view, thankfully I'm fairly thin as this would have been a wasted venture otherwise.

Sitting in what is effectively someone's back garden under the cover of woodland lays this small Nineteenth century church, built in dedication of Saint Peter, dating back to 1811 rebuilt from fragments of a previous church from the 12th Century. The church was only capable of seating 60 visitors and, from what I can find, was never built upon or renovated until the closure in 1973 after being declared redundant by the Diocese Of Lincoln. like the previous church this one is listed as a Grade II structure but unfortunately nature has taken its toll on the structure and not even the graveyard is maintained. No one comes to visit. 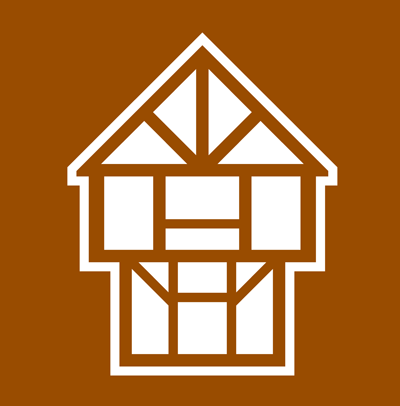 The visits here were nothing spectacular to write about really, no security dodging or wild treks through woodlands.

The church today stands on the now mostly deserted village of Biscathorpe, only a few dwellings remain mainly a farm and a few rather nice homes.

The current church was built in 1850/1847 following a rebuild of its previous self dating back only ten years prior. The church is rather small, seating only 60 or so visitors, built out of stone in a rather interesting gothic style. The church was later again rebuilt in 1913 and continued service until eventually becoming more and more dilapidated. The church isn't necessarily "abandoned" but more disused, a similar state to those found on military training grounds.


This church was an unusual visit. Located someway down a seemingly private road meters/feet from someone's back door I really wasn't sure on this one.
Eventually after parking my car in a spot I'd later regret we wandered up, hoping for the best.
Turned out to be a rather relaxing explore. The only stress was trying to get my car unstuck from the mud and eventually revering it through a tree.

That should be all! Sorry for wasting your time.
Merry Christmas​

Regular User
Really nice trio there! Captured them perfectly and enjoyed reading through.

Regular User
The one in Market Stainton is my favourite church I've ever shot in the UK, so much beautiful natural decay. It would be nice to see the place restored if there really is work going on now.
I'm not from Birmingham.
I don't know where 'Hunters House' is.​

Regular User
Not wasting our time at all. That was fantastic! But sorry to hear about your car....

HughieD said:
Not wasting our time at all. That was fantastic! But sorry to hear about your car....
Click to expand...

The car was fine. Just has a few more scratches on it now.
Last edited: Dec 23, 2020
Powered by a 1.4 liter, 8 valve, 4 cylinder, naturally aspirated petrol engine capable of 74 earth moving horsepower.
The Derelict And Disused​

mookster said:
The one in Market Stainton is my favourite church I've ever shot in the UK, so much beautiful natural decay. It would be nice to see the place restored if there really is work going on now.
Click to expand...

I'd love to see that one saved, stunning little building. I think there are plans to restore it, as said in the reports there were newly placed ladders and scaffold boards inside on my visit.
Powered by a 1.4 liter, 8 valve, 4 cylinder, naturally aspirated petrol engine capable of 74 earth moving horsepower.
The Derelict And Disused​

Regular User
I echo the above, not a waste and a nice little combination of three lovely looking churches. I’ve never shot a church but am always amazed to see stained glass remaining when I see similar threads! Nice job overall!

chills said:
I echo the above, not a waste and a nice little combination of three lovely looking churches. I’ve never shot a church but am always amazed to see stained glass remaining when I see similar threads! Nice job overall!

Thanks! Not necessarily a fan of churches but they are brilliant for architecture. Definitely worth visiting one if you have the chance. Disused/Derelict flavoured ones that is.
Last edited: Dec 24, 2020
Powered by a 1.4 liter, 8 valve, 4 cylinder, naturally aspirated petrol engine capable of 74 earth moving horsepower.
The Derelict And Disused​
M

28DL Full Member
Thanks All! Glad it wasn't too uninteresting.
Powered by a 1.4 liter, 8 valve, 4 cylinder, naturally aspirated petrol engine capable of 74 earth moving horsepower.
The Derelict And Disused​