Regular User
I thought I'd totally missed the boat with Westfield. I knew demo was well under way back in January when I tried to visit, but hampered by the snow and a hangover I really didn't fancy walking the extra couple of miles because I couldn’t park where I wanted to so I went elsewhere. I'd written it off altogether until I saw my friend Mikeymutt's pics of the labs. Myself and pretyvacant71 decided to swing by one evening after spending the day at the Harbour Chambers in Dundee.

The place was a bit of a mess by then. Now that demo is pretty much complete the scrappers have moved in to the labs. We met them not long after we arrived. They were a lovely bunch of guys and we stayed out of their way, and they were more than happy to duck down and move out of our shots. They had some great stories, gave us a bit of history, and the main man Billy showed us his video of the time he climbed the chimney to paint his name at the top!

Despite the mess, there was a lot of retro science kit and a cupboard full of cyanide and other poisons. My kinda place! Still kicking myself for not getting this one done in the last 6 years, always rolled it over until my next trip home, and then it was too late.

The Lurgi Gas Plant at Westfield on the outskirts of Ballingry was opened officially by HM the Queen on 27th of June 1961,it having produced its first gas on Boxing Day 1960. LURGI is the name of the process used, and its name is an abbreviation of the name of a German firm. From 1960-74 the plant was making gas at a much cheaper rate of production than was possible any-where else. It used the poor quality coal which was available on the siteand which was of little use for much else.
In 1974, Scottish households had their gas appliances converted for use of North Sea Gas, but a year earlier an American funded experiment had taken place at Westfield - the only plant in the world with the capability to do it.

2006
The development of gasification at Westfield provided an opportunity to help breathe new life into Scotland’s coal industry,and resolve the country’s waste management and sewage disposal issues. Successful development to full potential would contribute to security of energy supply and make significant inroads on renewables targets. When fully developed, it would, it was stated, be able to rival nuclear power in terms of energy output, but would not face all the environmental issues.

It was purchased in 2004 by SSE for £12.3 million, temporarily securing the future of the 10 staff who worked there at the time.


All that remains of the plant now: 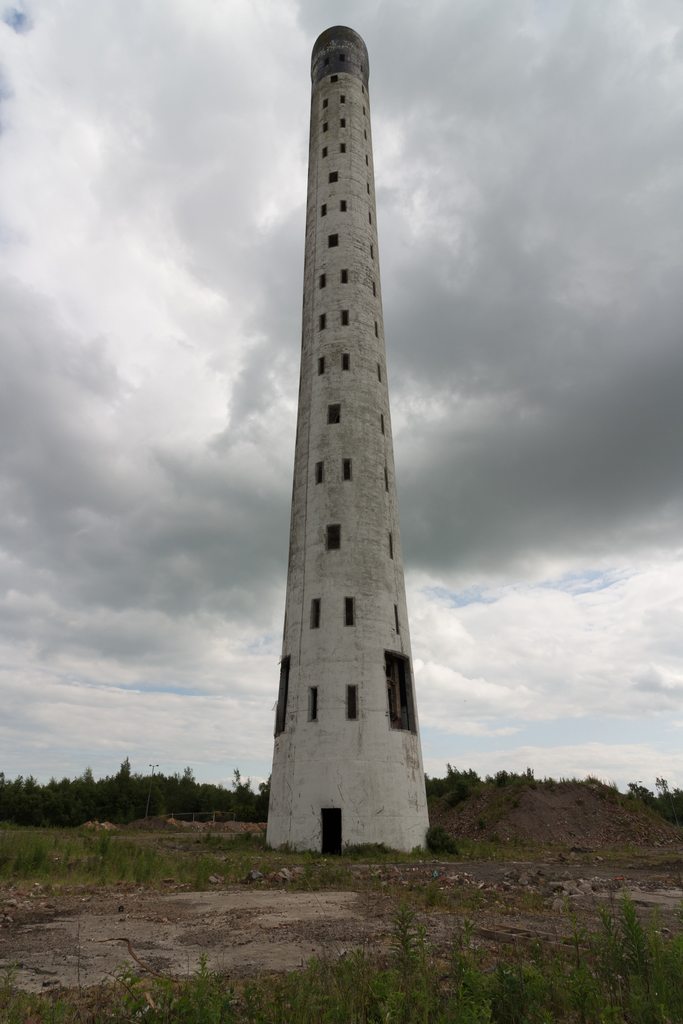 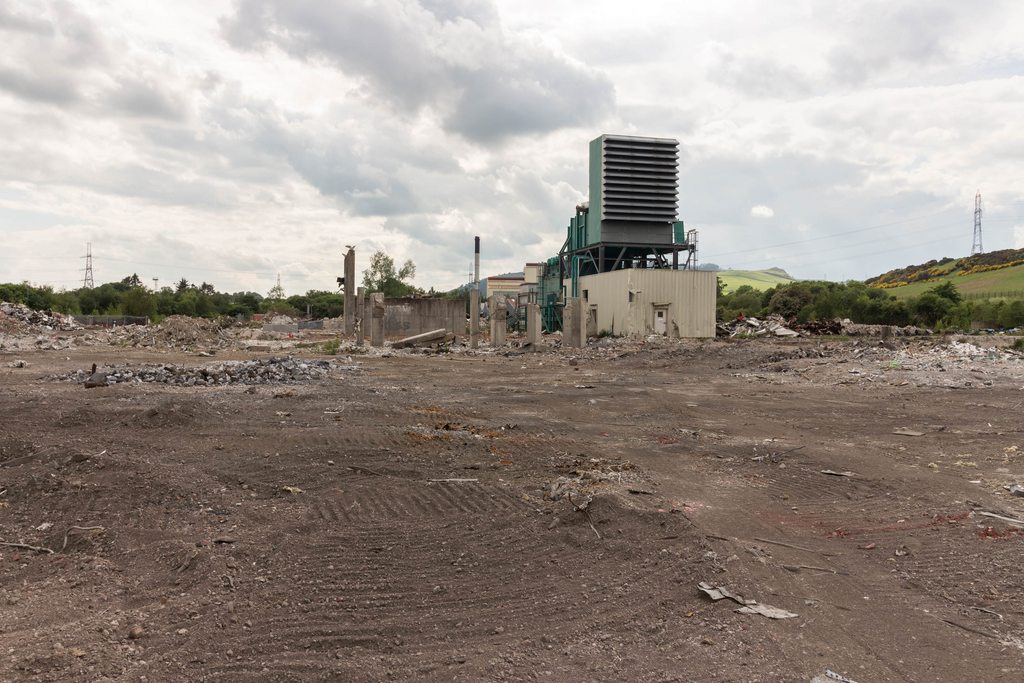 Still some nice pipework and dials etc. but a mere scrap of its former glory 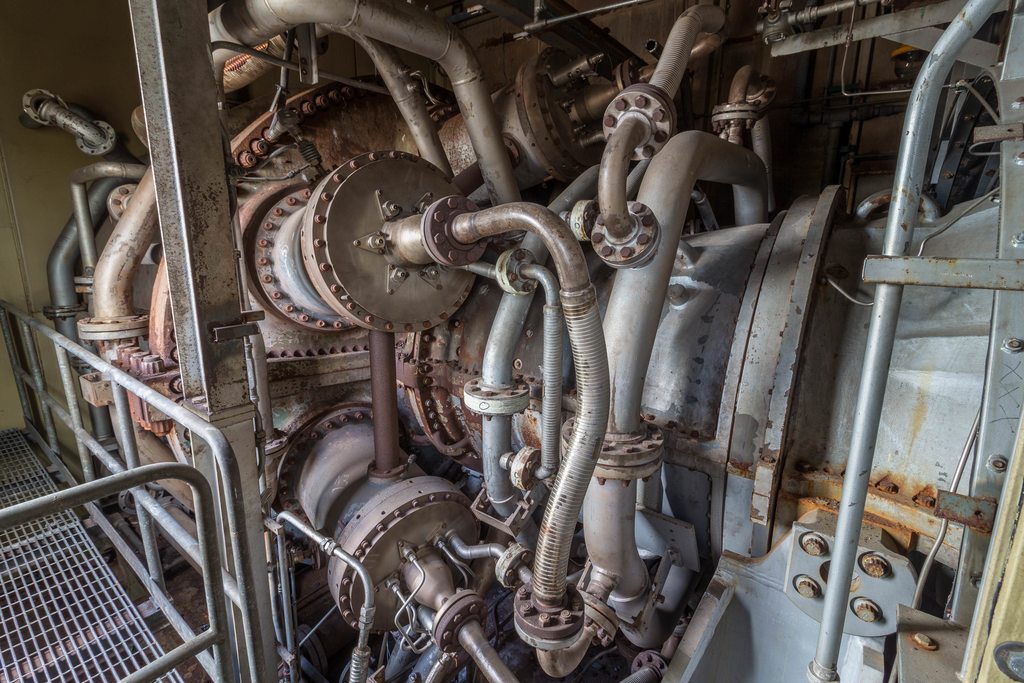 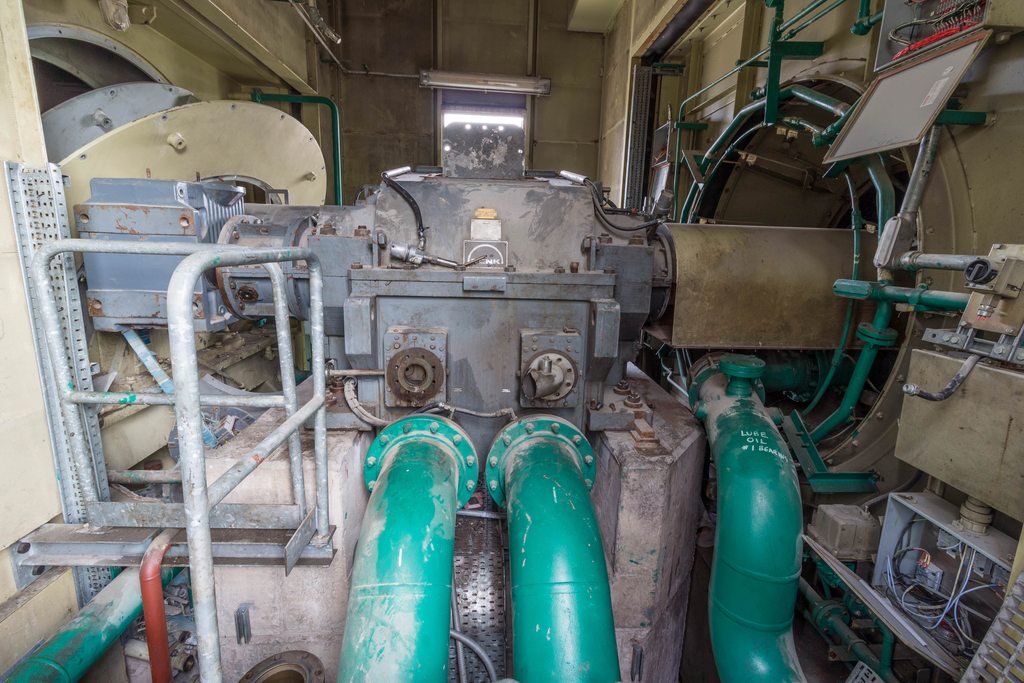 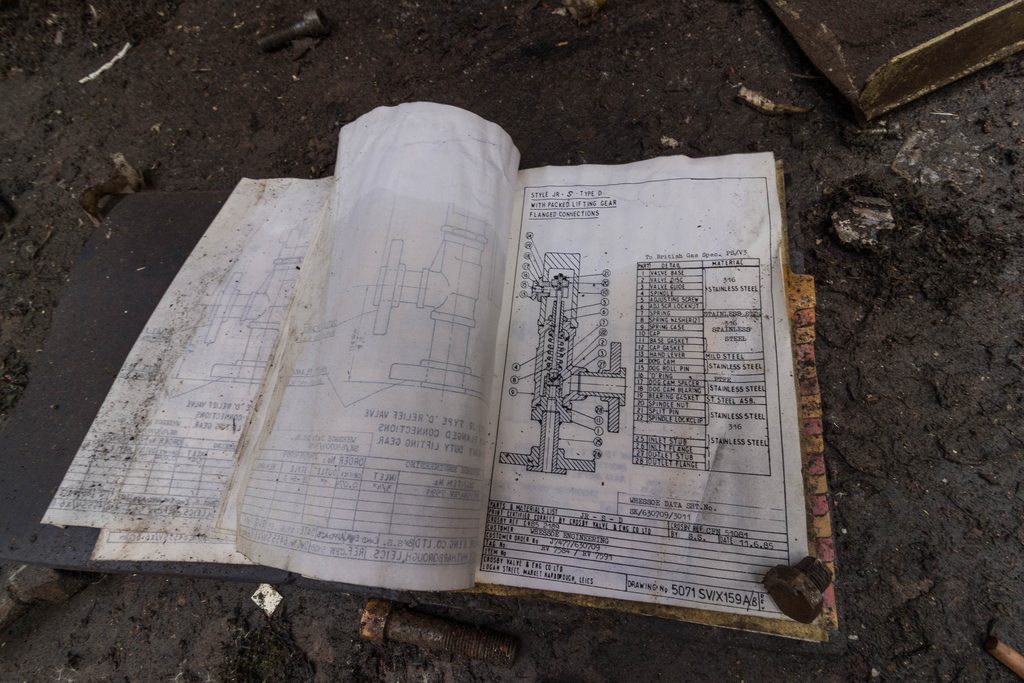 Anyway, on the the labs. I didn't bother with any externals, it was an ugly building. We sat down and had a bite to eat before entering what we knew to be a potentially highly toxic environment. Not long after Billy rocked up and I got chatting with him for a while. I don't think PV understood a word of Bill's heavy Fife banter!

The bit I wanted to see was the cupboard marked "POISONS" so naturally I made my way straight there. 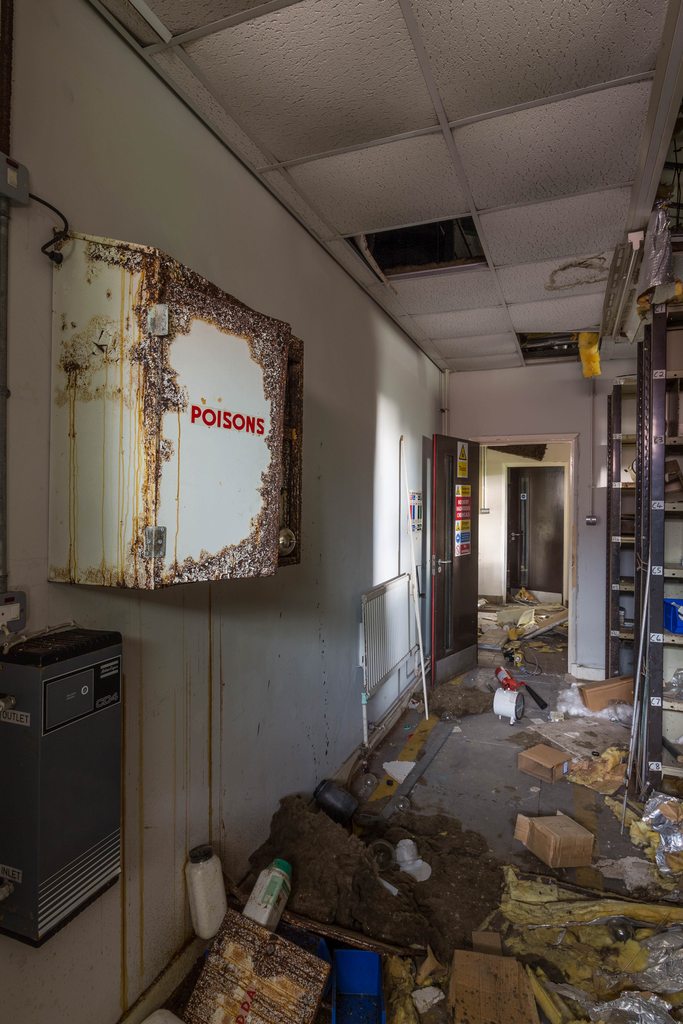 Being a professional brewer, I am used to handling some pretty nasty chemicals. I had a few pairs of my chemical proof gloves in my car so stashed them in my bag before we walked down. I had seen a few pics of the contents of the cupboard before, but I was pretty fucking horrified when I moved them about to see the labels properly. Needless to say, the gloves were removed quickly and thrown away! Never thought I'd see the day where I handled cyanide! 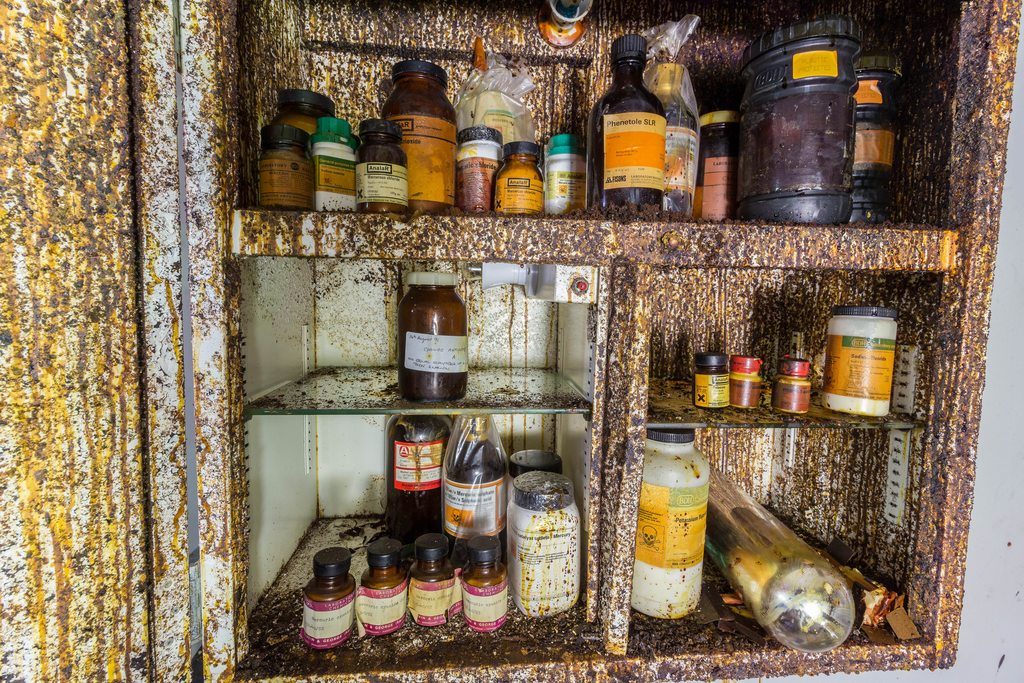 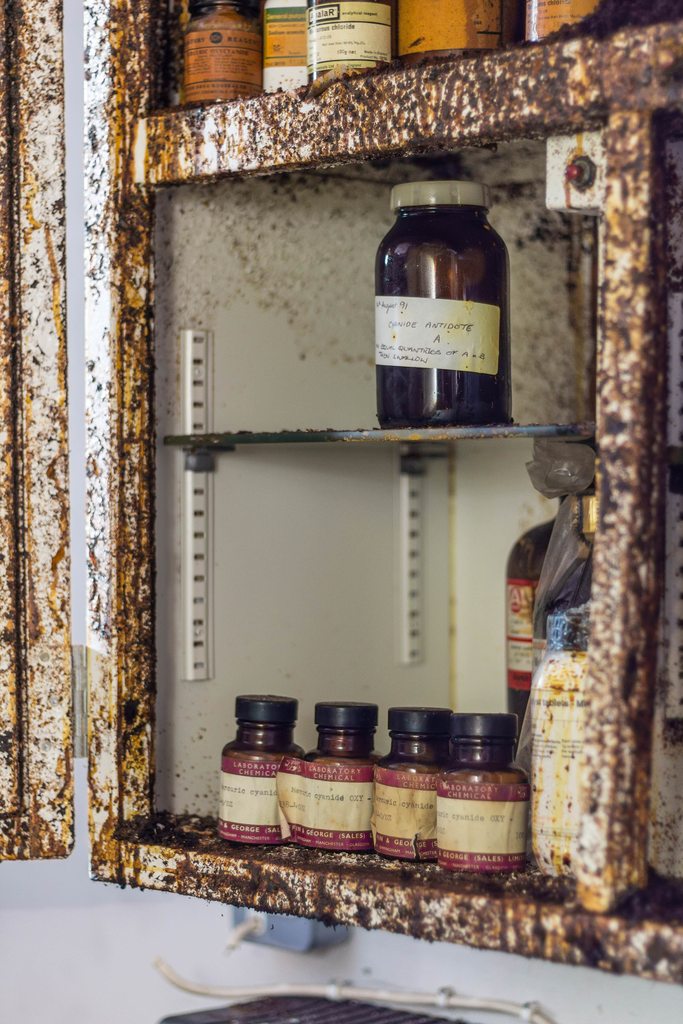 There were plenty of other chemicals in this store room with lots of small pieces of lab goods. 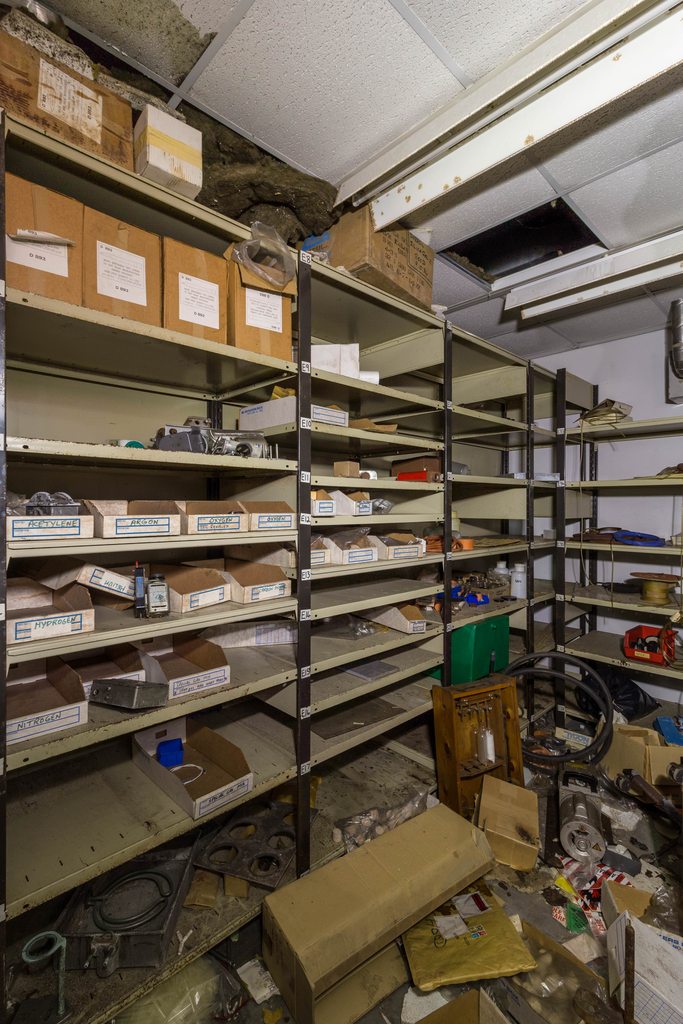 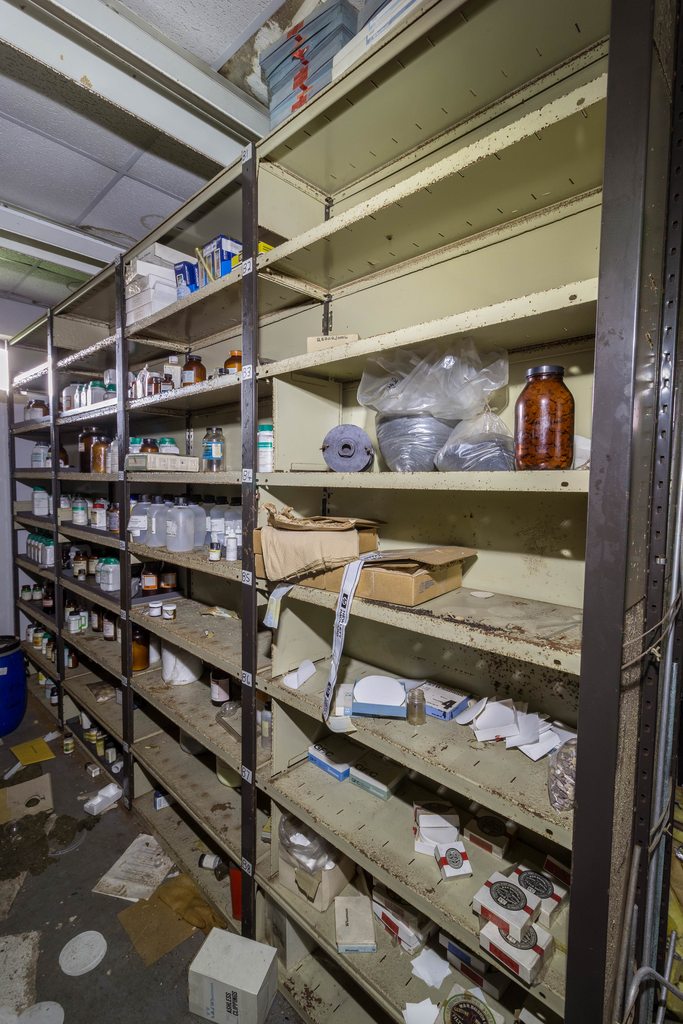 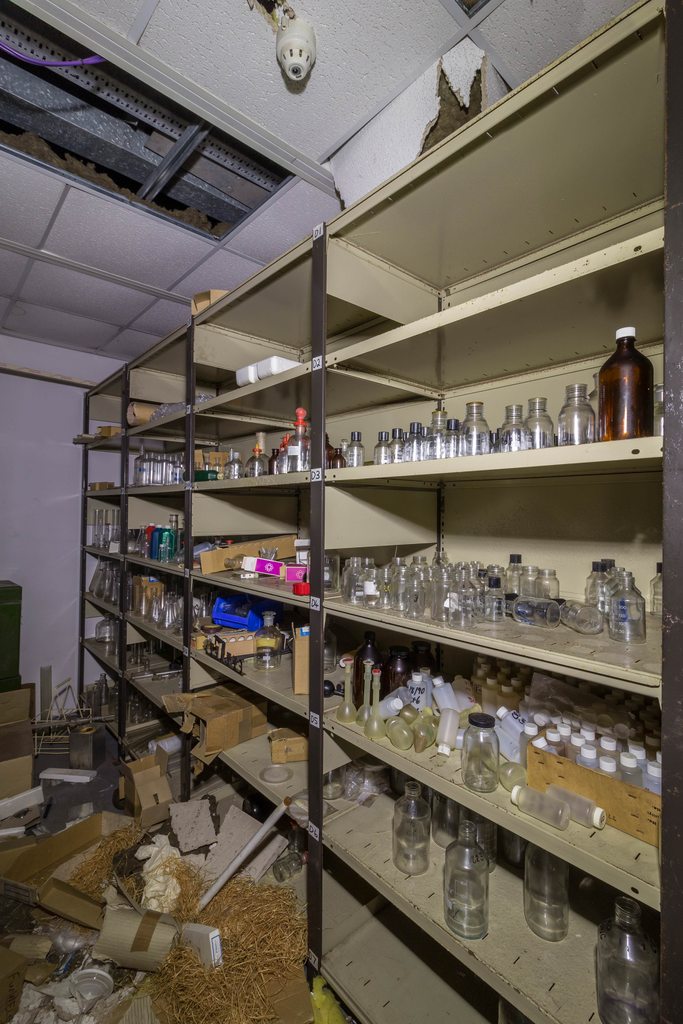 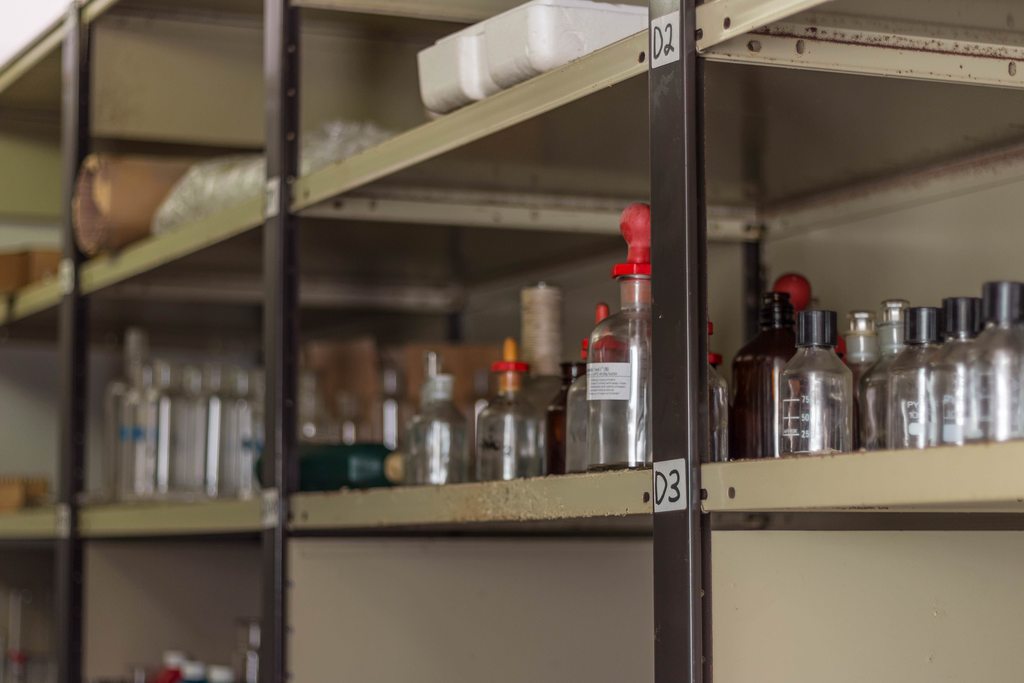 Now on to the main labs. 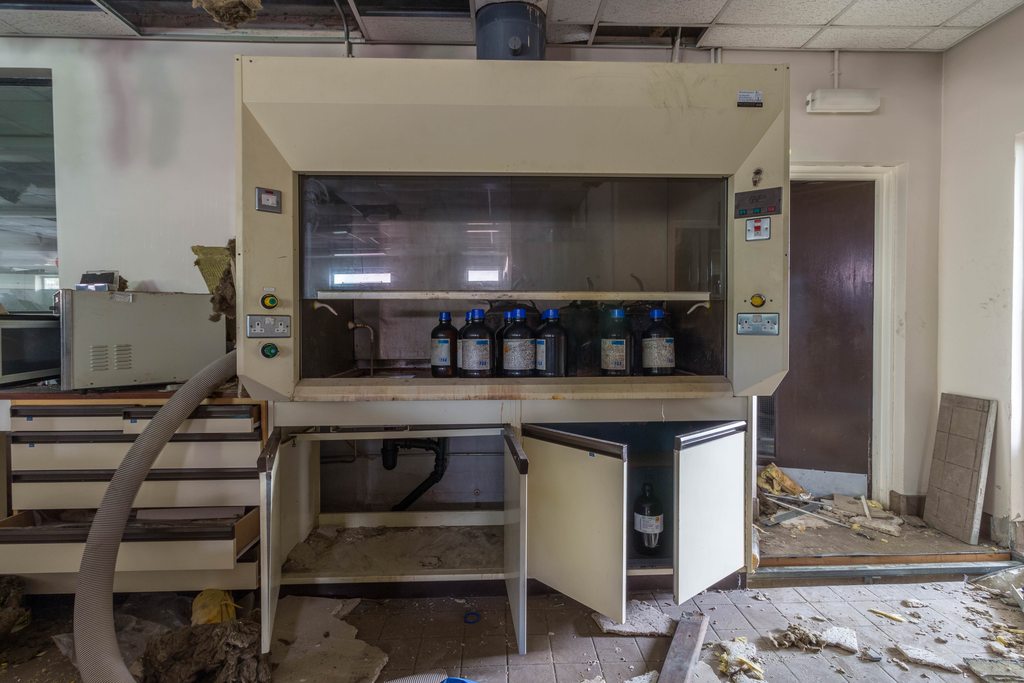 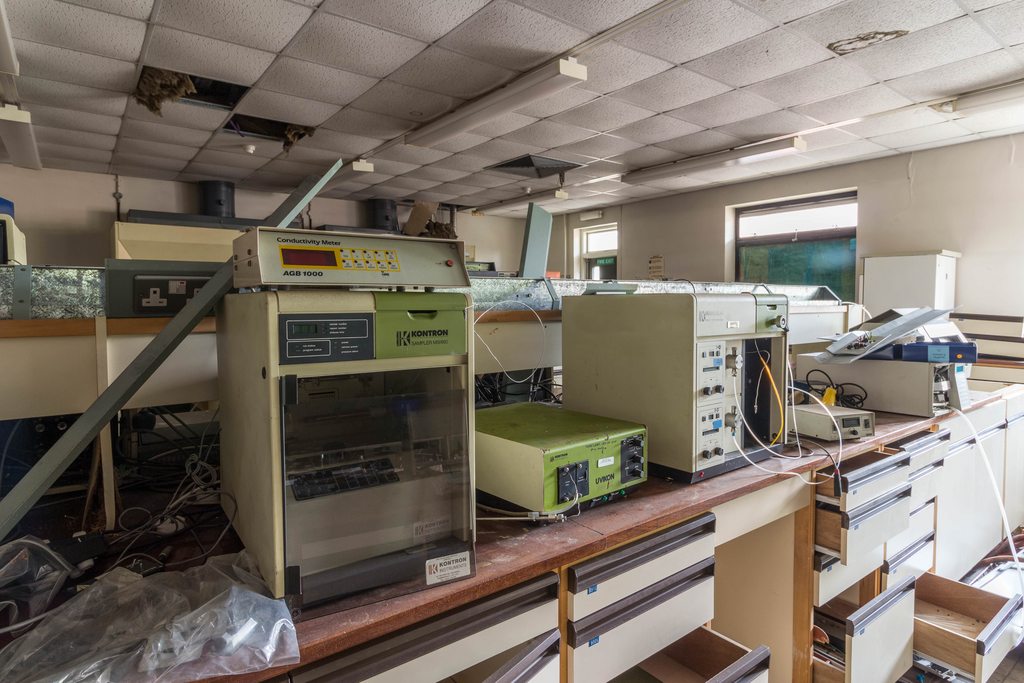 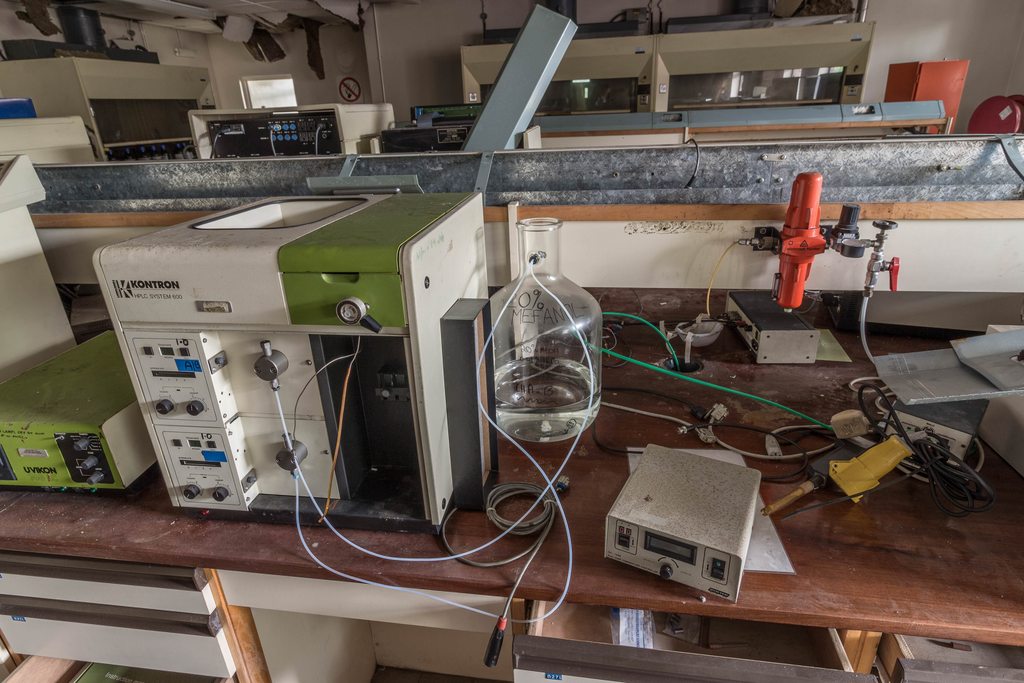 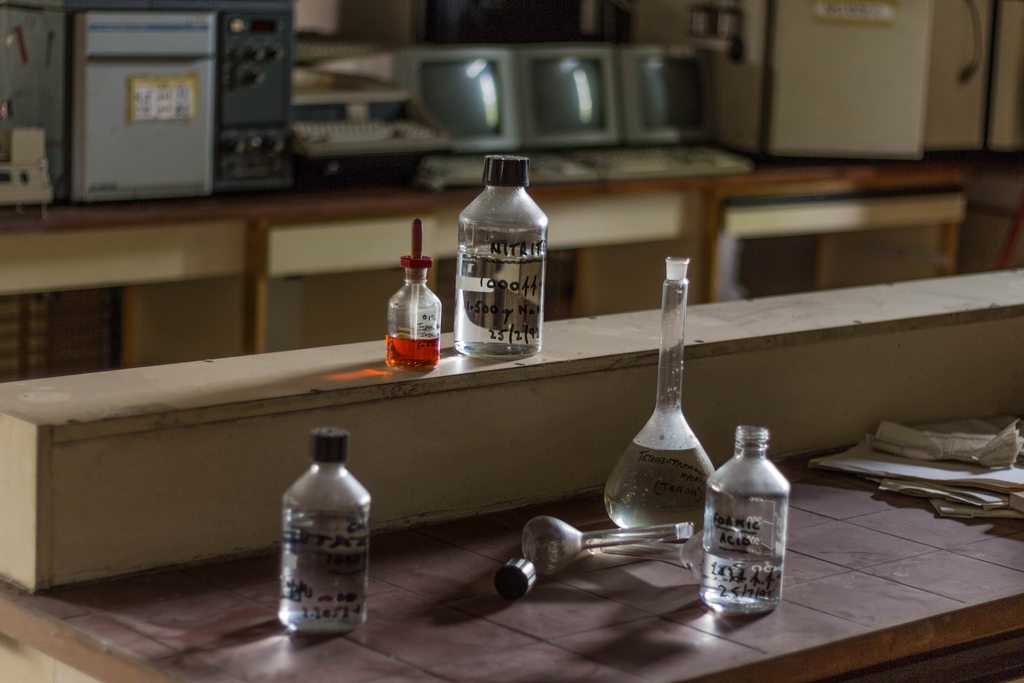 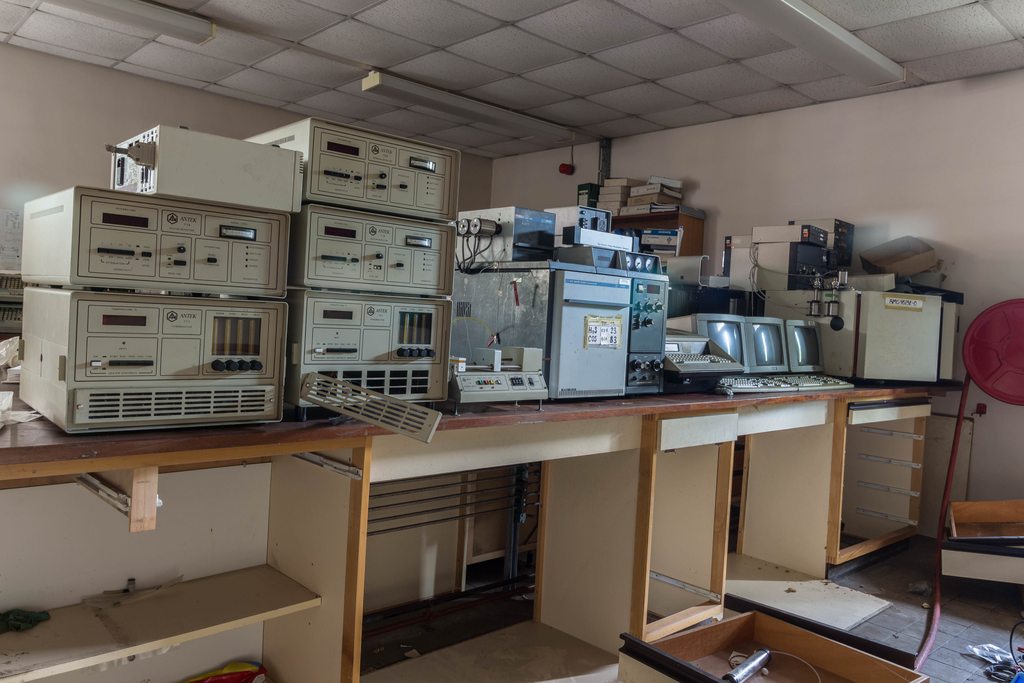 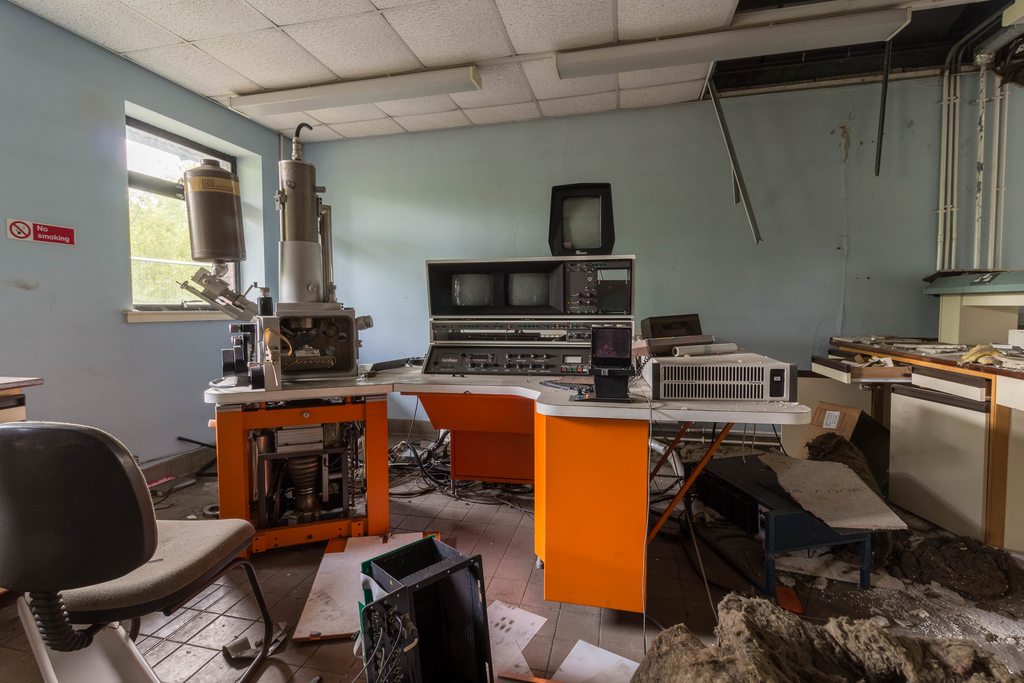 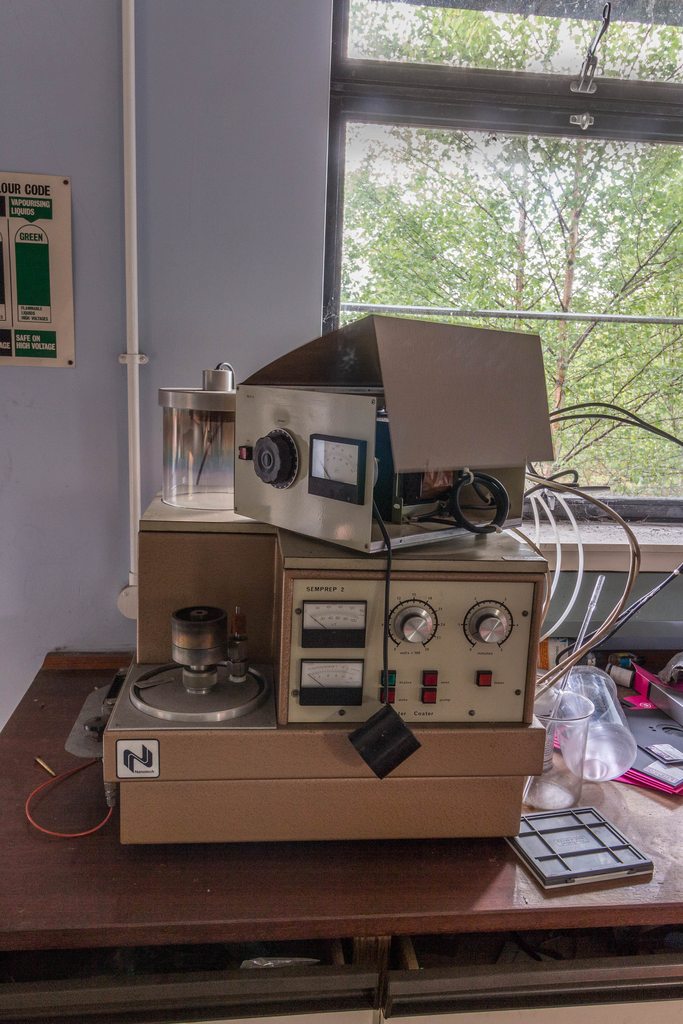 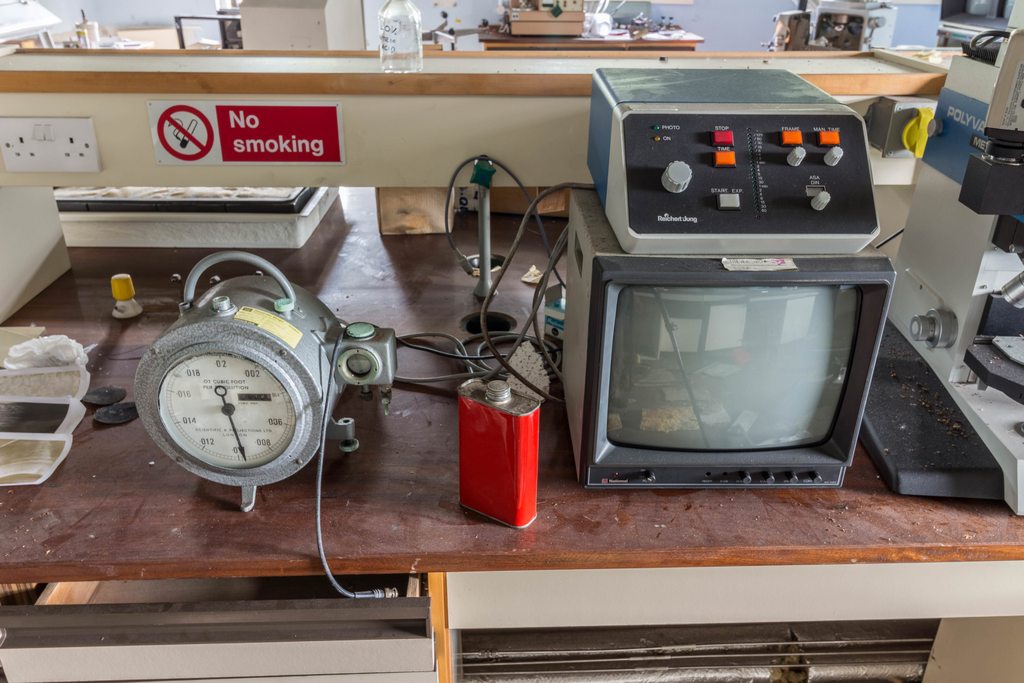 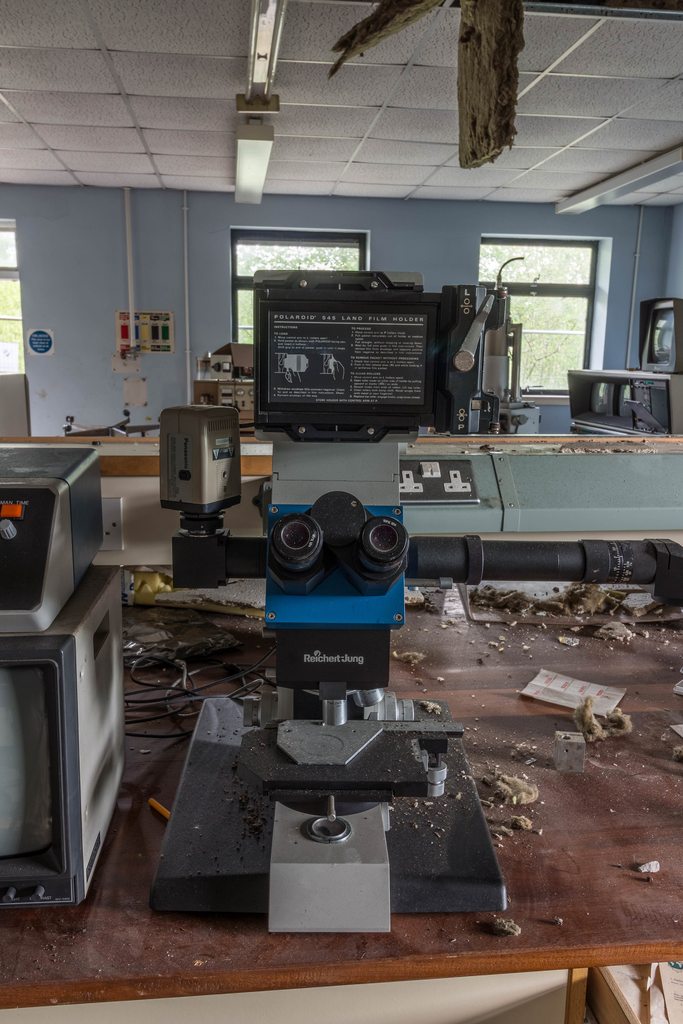 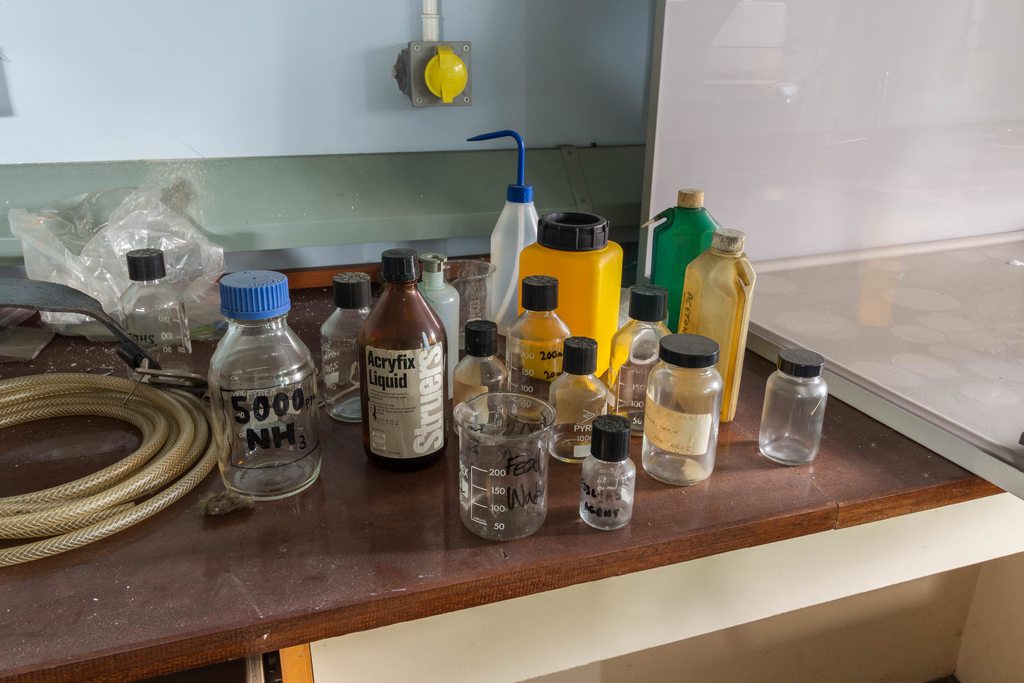 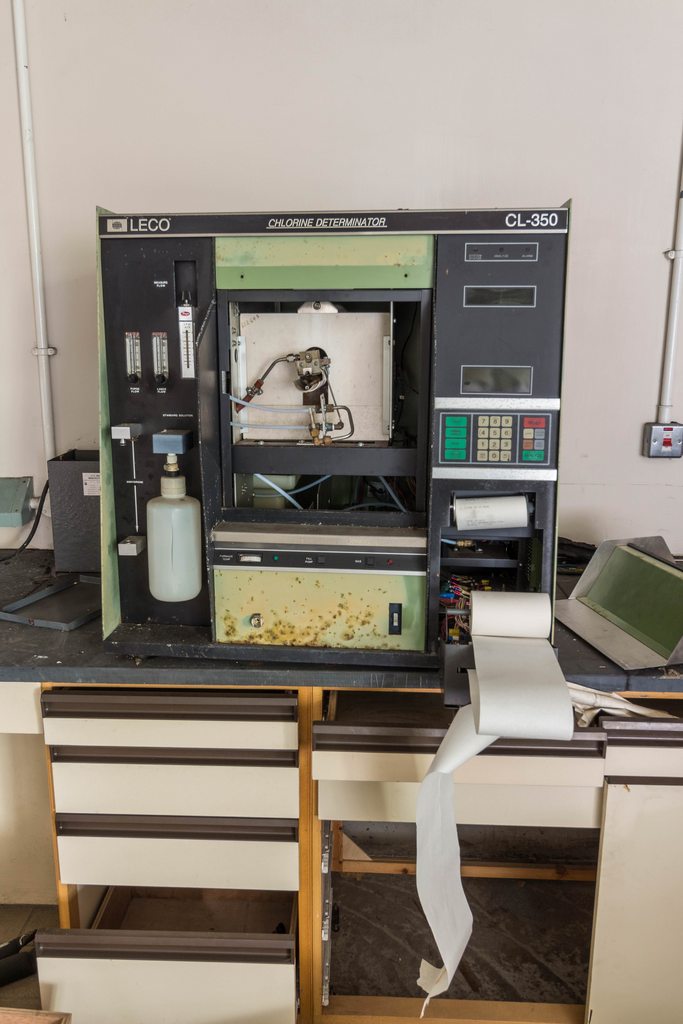 There were a lot of scale drawings of the old plant. I could've spent hours looking through these if I'd had enough time! 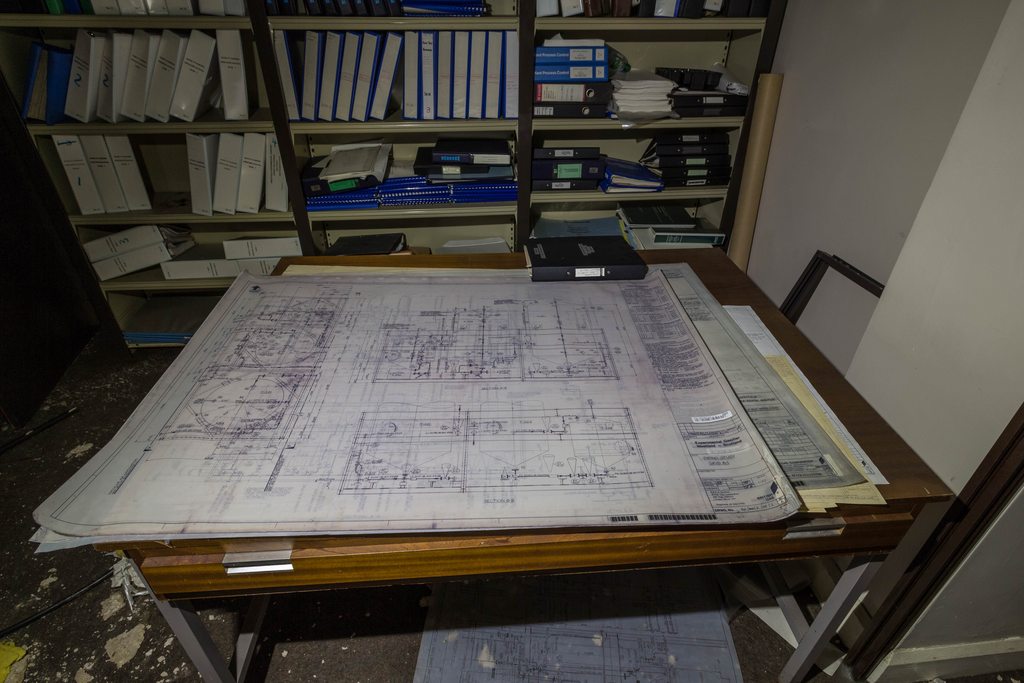 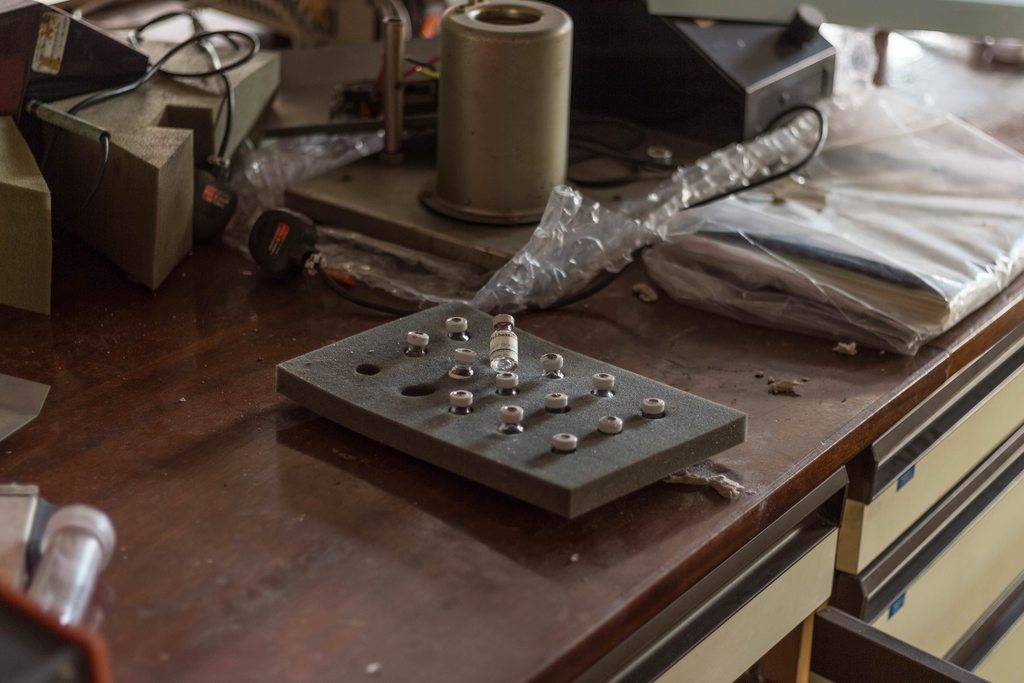 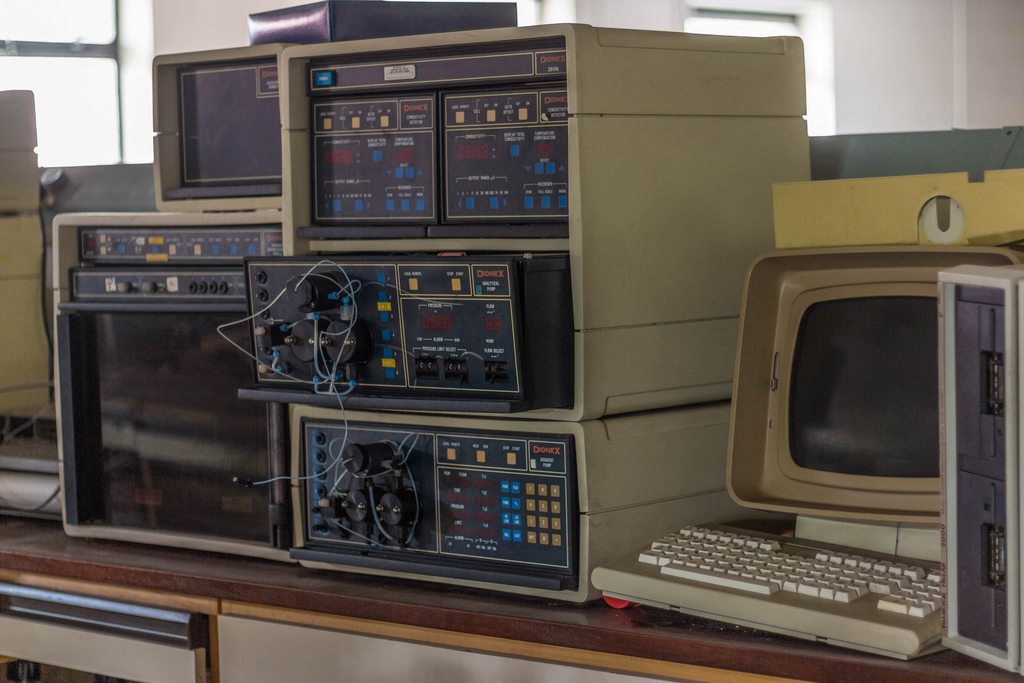 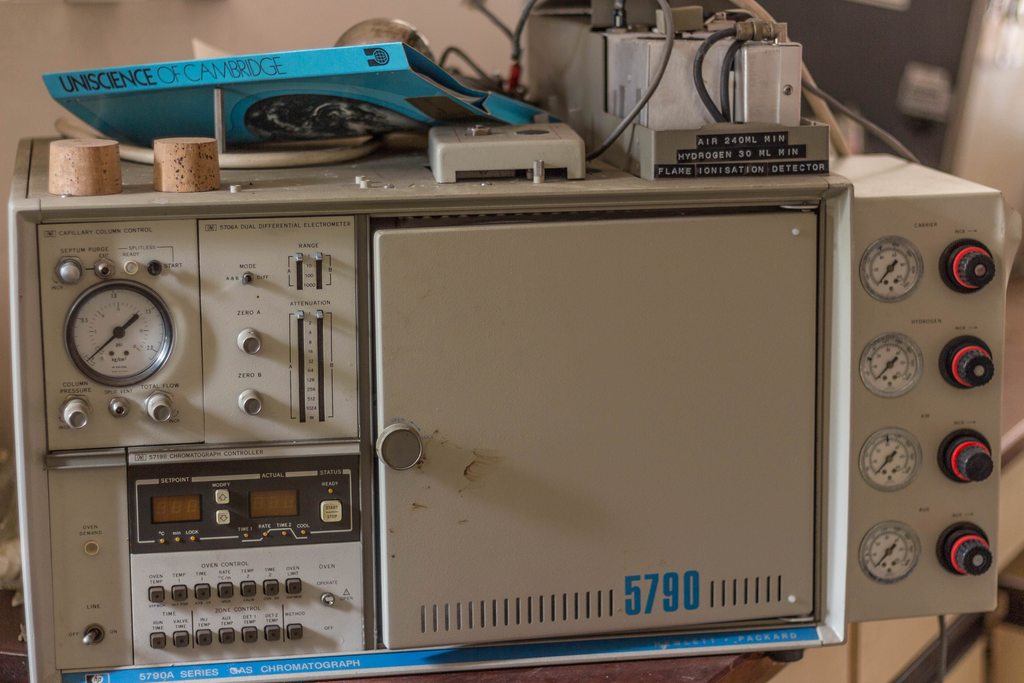 I got chatting to one of the younger guys who was dismantling some of the kit near us, he told me a bit about the history etc. then told me to grab my torch and have a look upstairs. 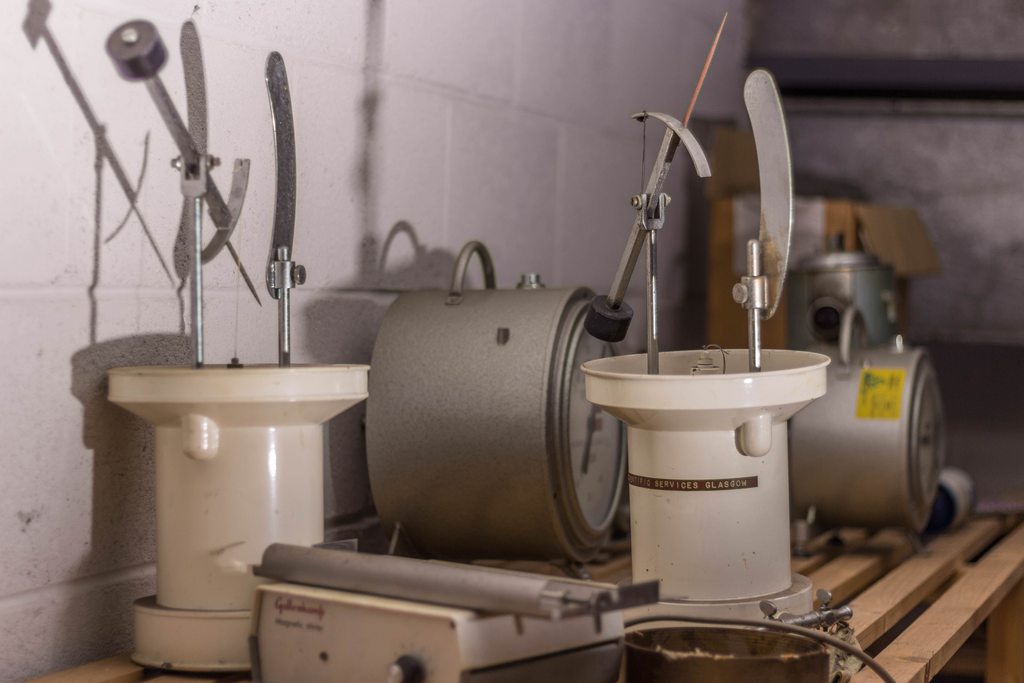 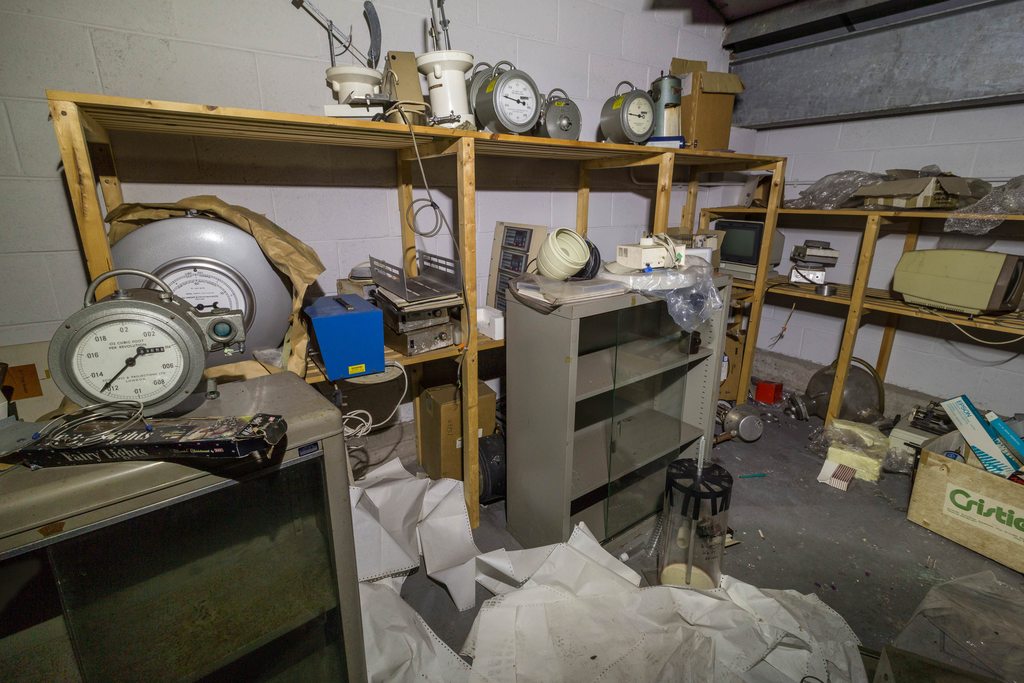 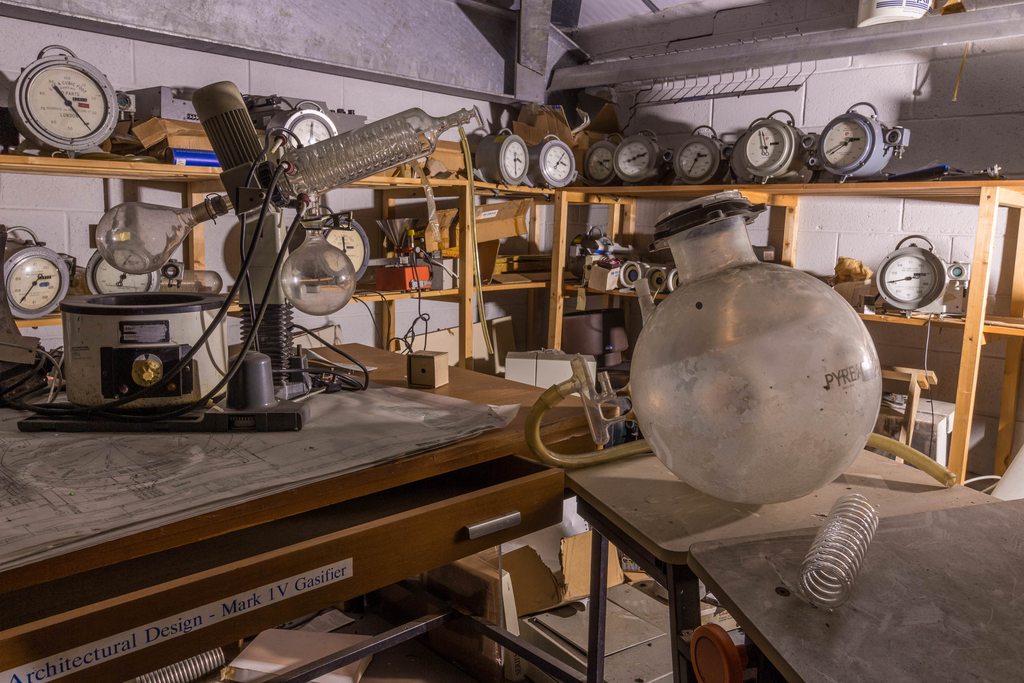 28DL Full Member
Proper little science treasure trove there, I didn't hold much hope for this thread to be honest! I stopped by here one Sunday evening a few months ago and there was black smoke coming out the redundant chimney. Thought it was being toppled there and then so left again without looking round much!

Idle Hands said:
Proper little science treasure trove there, I didn't hold much hope for this thread to be honest! I stopped by here one Sunday evening a few months ago and there was black smoke coming out the redundant chimney. Thought it was being toppled there and then so left again without looking round much!
Click to expand...

Yeah the locals wait until the demo crew have gone, go in and fill their boots and take everything to the chimney to burn off all the plastic. The security guard just lets them get on with it because they leave him alone!

Regular User
Love the machinery here so unique. Are they demolishing the labs or nah?

UrbandonedTeam said:
Love the machinery here so unique. Are they demolishing the labs or nah?
Click to expand...

Yeah it will be next, it may already be happening, but they need a specialist crew in to decontaminate it first. Plenty nasty chemicals about, plus a lot of gear with mercury thermometers etc.

Yeah this will always be one of my greatest exploring regrets! 4 years ago the labs were pristine and the main site was largely intact.

28DL Full Member
Fancy leaving a load of what was very expensive and still useful kit around. I despair about what is just wasted these days.

Brewtal said:
Yeah it will be next, it may already be happening, but they need a specialist crew in to decontaminate it first. Plenty nasty chemicals about, plus a lot of gear with mercury thermometers etc.
Click to expand...

Hopefully it's still there in August...

28DL Full Member
Thats looks incredible! Bit too far for me though!
A

28DL Full Member
Did you go in the chimney? Was the ladder there? Did you go up it?