Regular User
1. The History
Due to its listed monument status, there is quite a large amount of information about this site. Situated to the east of Bolton Upon Dearne and 200m north of the River Dearne, the HAA gun site known as Station H17, represents a well- preserved example of a mid-World War II gun site, consisting of a command post, four gun emplacements, a Nissen-hut magazine and a service track.

In terms of the background to this site, World War II saw the emergence of strategic bombing in the UK. To counter this, Anti-aircraft Command was established which at its peak numbered 274,900 men, supplemented by women soldiers of the ATS and the Home Guard who manned many sites later in the war. Anti-aircraft batteries were classified into three main types: heavy guns (HAA), light guns (LAA) and unguided rockets (ZAA site).

The battery was built as part of the Sheffield Defence System following the Blitz of 1940/41. Known as the Bolton Ack-Ack camp it served as one of eight battery's defending Sheffield's munitions factories. Reports indicate that it never fired a shot. Around 250 men and women worked the battery during the months it was manned. H17 was unarmed in June 1942 and the guns most likely moved from one site but continued to be staffed between 1943 and 1944 by mixed sex batteries. The post itself was constructed out of concrete and breeze blocks and arranged in a semi-circle around the east side of the command post. Each of the gun housings, 8m in diameter and 2m high were designed for 3.7in guns and had twin entrances and external ammunition recesses and shelters. The three roofed compartments included a central one leading to a shelter at the rear, one on the left used as a relaxed duty shelter for the gun crew and the one to the right for gun maintenance. Other recesses were used for stacking ammunition and fuses. The gun holdfasts were octagonal concrete pads positioned in the centre of each gun emplacement, set level with the ground surface with a standard ring of holding down bolts for fixing the gun mounting.

The command post was E-shaped in plan, semi-sunken and again made of breeze block and concrete. Instruments mounted in the command post would have included an identification telescope, a predictor (a mechanical computer) and a height finder. These supplied info to the plotting room, where the bearing, elevation and range were calculated and then relayed to the guns. Other rooms in the command post acted as offices, stores and communication rooms. A (now collapsed) Nissen magazine, 100m north-east of the Command Post with brick-built ends and curved, corrugated, metal roof provided storage for reserve ammunition.

Station H17 was designed to accommodate mixed sex batteries and had a large domestic camp to the north. Aerial photographs from 1979 show several of these buildings still in situ. However, these were demolished to make way for a new housing estate. All the buildings and structures were surrounded by earth and turf embankments to both reinforced the structures and to help camouflage the site. Originally the HAA battery would also have had a radar platform, but all traces of this are now gone and then location unknown.

In total, nearly 1,000-gun sites were built during World War II. Now less than 200 of these have some trace remaining. However, now only 60 sites can be what we can consider to be described as “well preserved”. Hence sites like H17 are of national importance reflected by the listed status bestowed upon the battery in 2001.

Aerial image of the battery (courtesy of Google Maps): 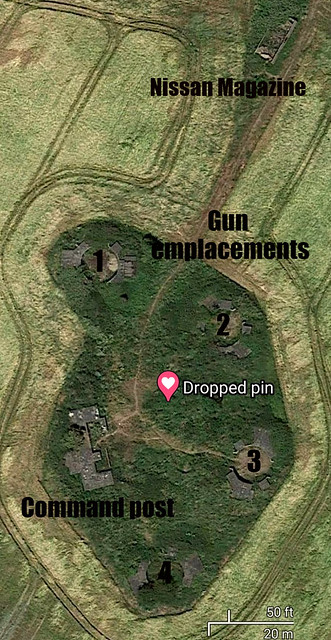 2. The Explore
I know this stuff isn’t everyone’s cup of tea. The sites are not impressive in terms of their scale plus there is quite a bit of repetition in terms of the sites. I’ve got a bit of a thing for World War II gun batteries and although this isn’t as impressive as some of the coastal batteries I’ve explored around Plymouth, in terms of anti-aircraft batteries, this site is in very good nick. It’s surprisingly free of graff and vandalism and overall is a well-preserved site. Predictably, the command post is flooded – partially down to the fact that they are slightly subterranean. Overall, though, if you are into this sort of thing, this place is well worth half-an-hour of your time.

The first thing you come to is the collapsed Nissan Magazine: 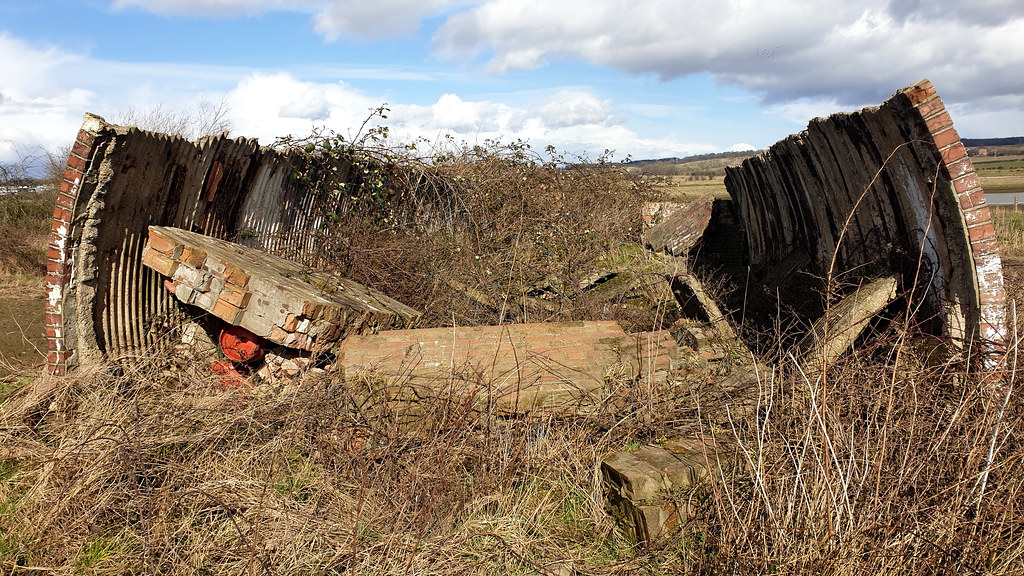 On to the main site and the first of the four-gun emplacements: 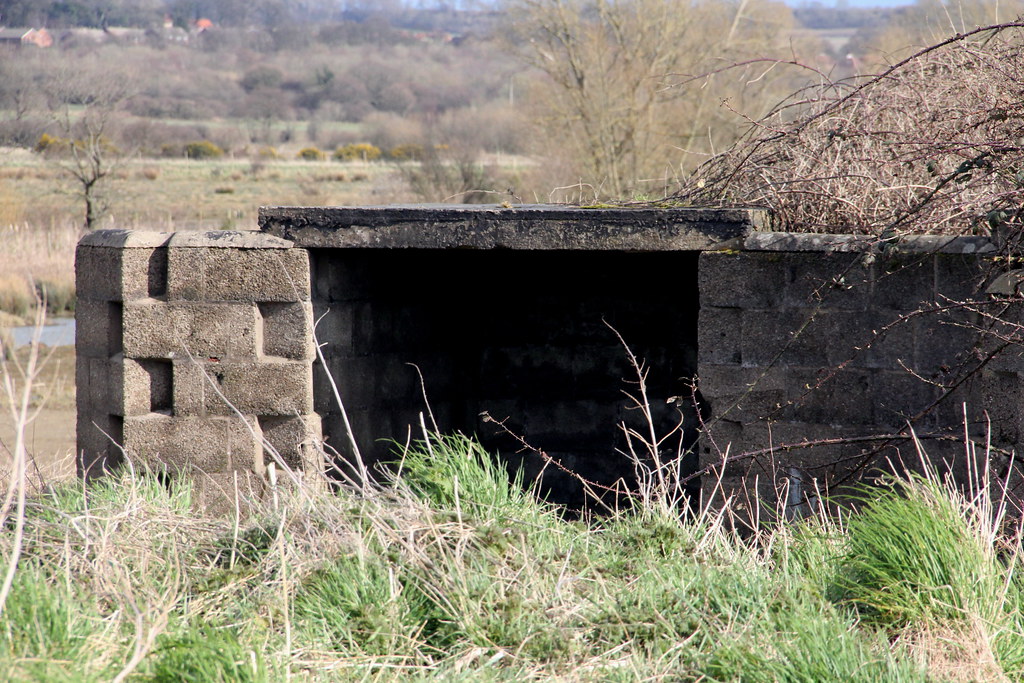 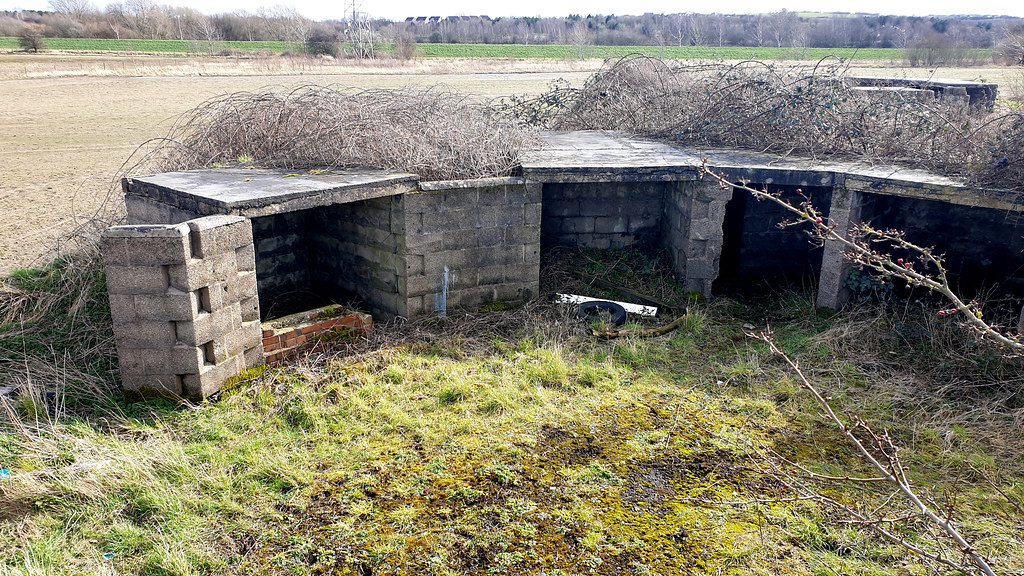 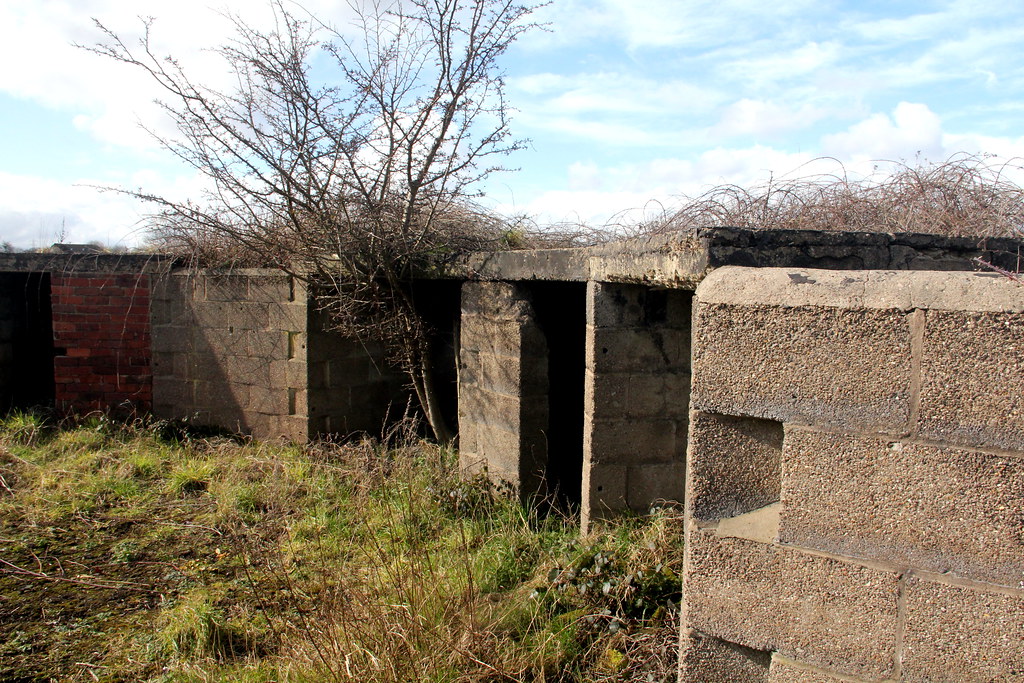 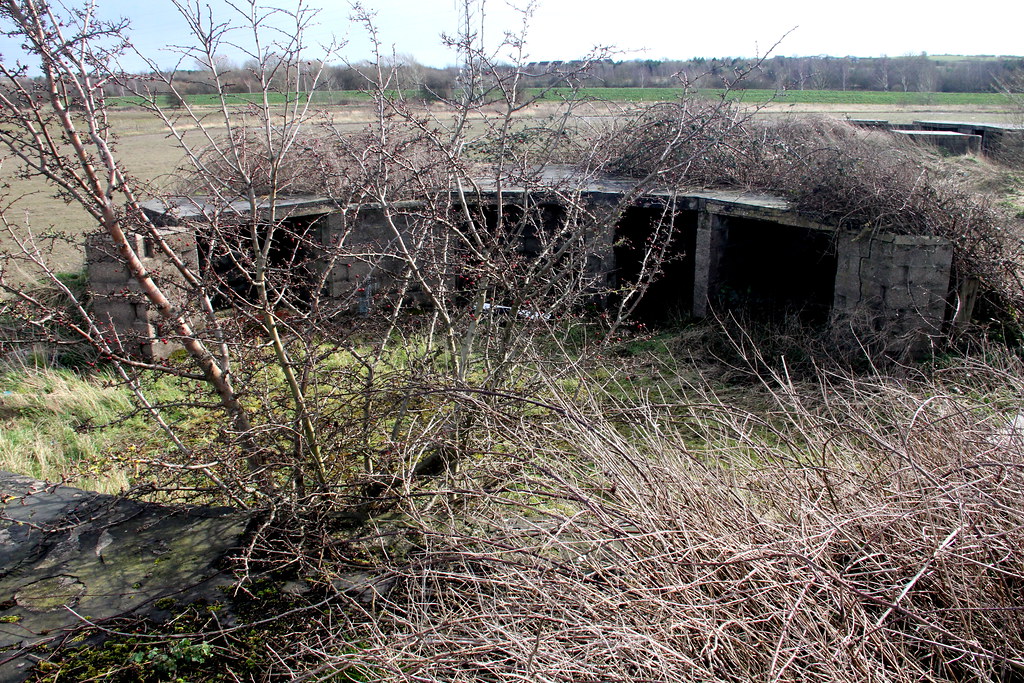 Looking over to the command post to the north: 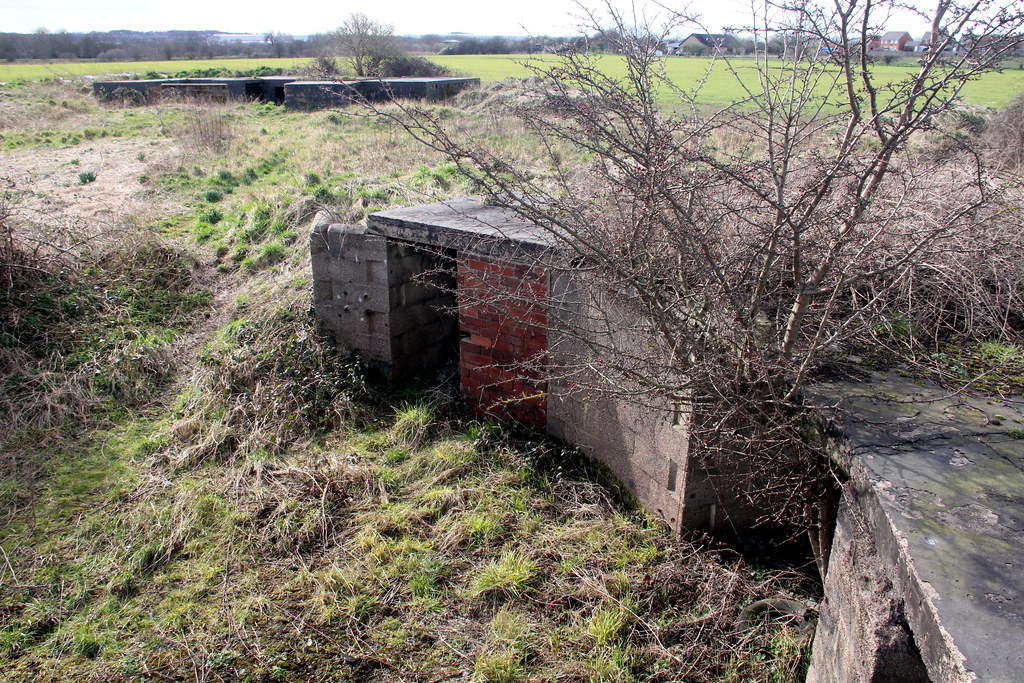 On the inside looking out: 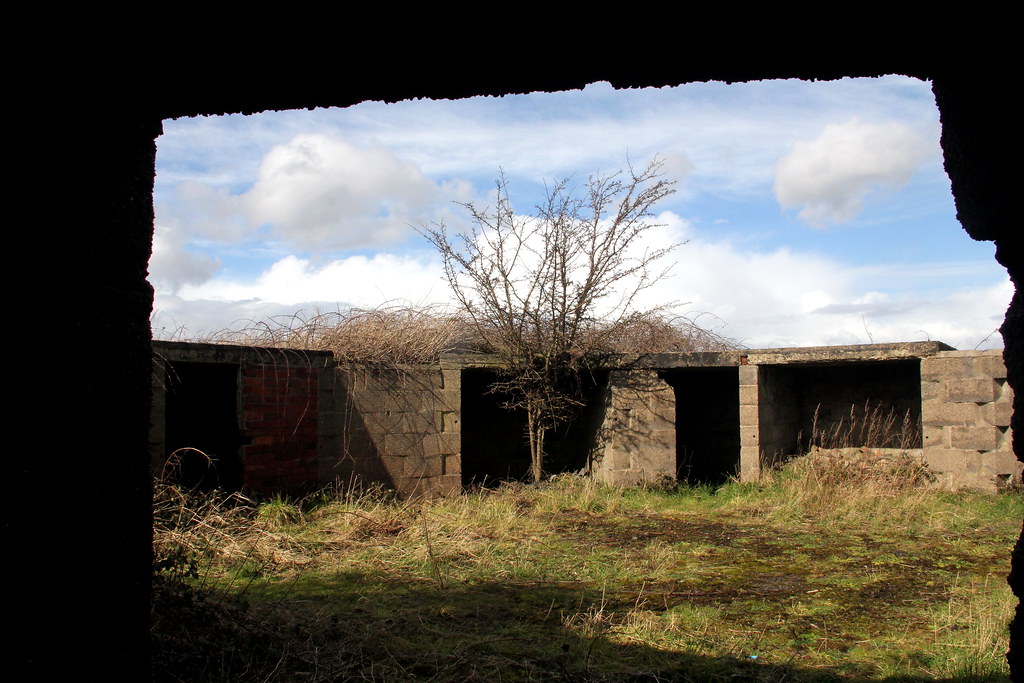 Inside the various rooms: 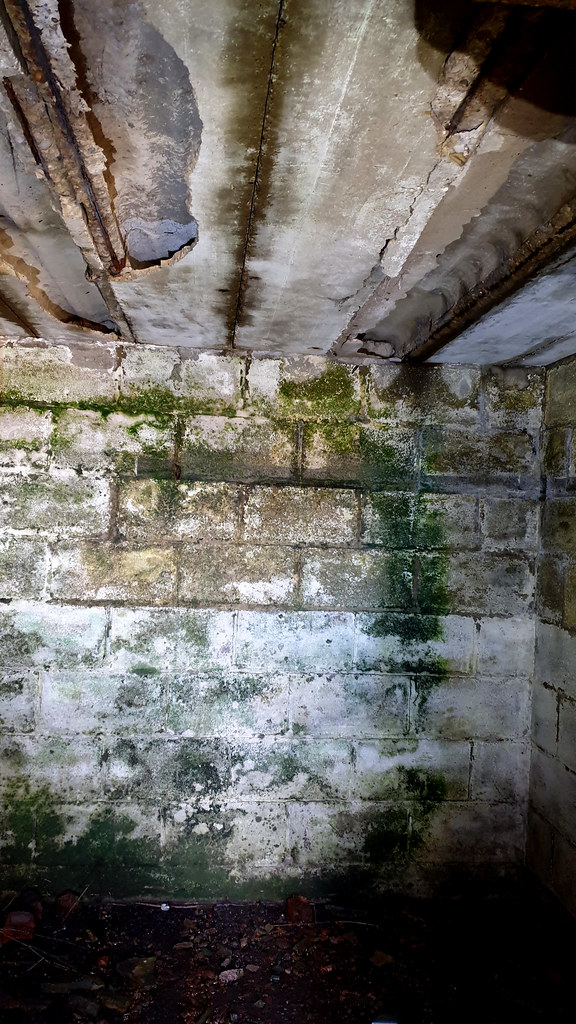 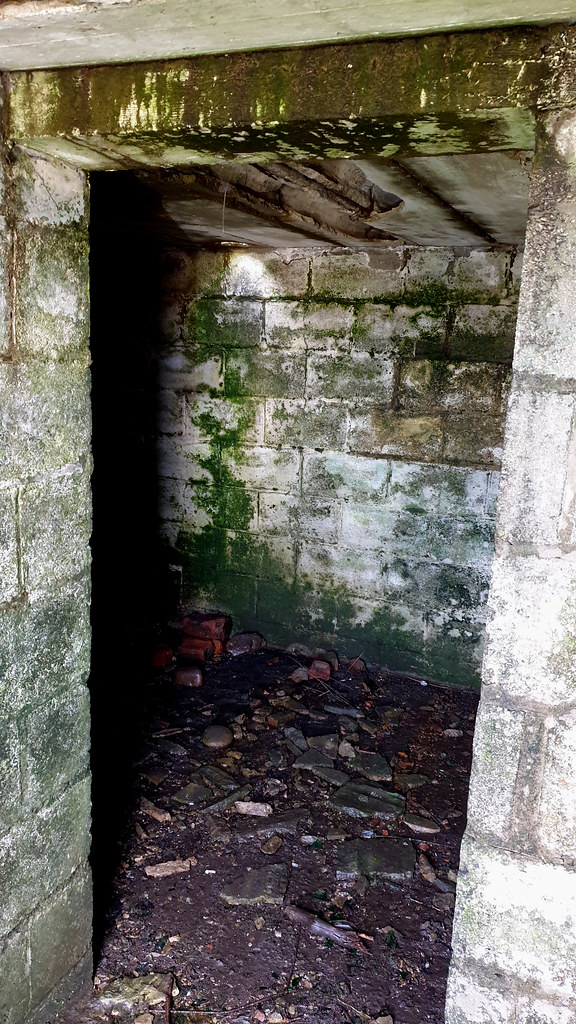 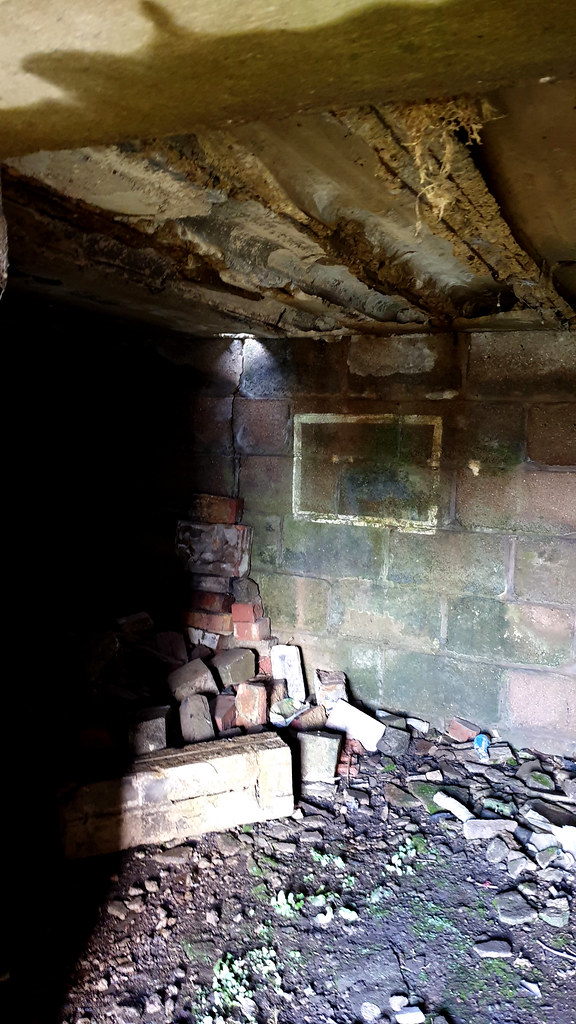 The next two are pretty much the same:

This one has the only bit of graff on the whole site: 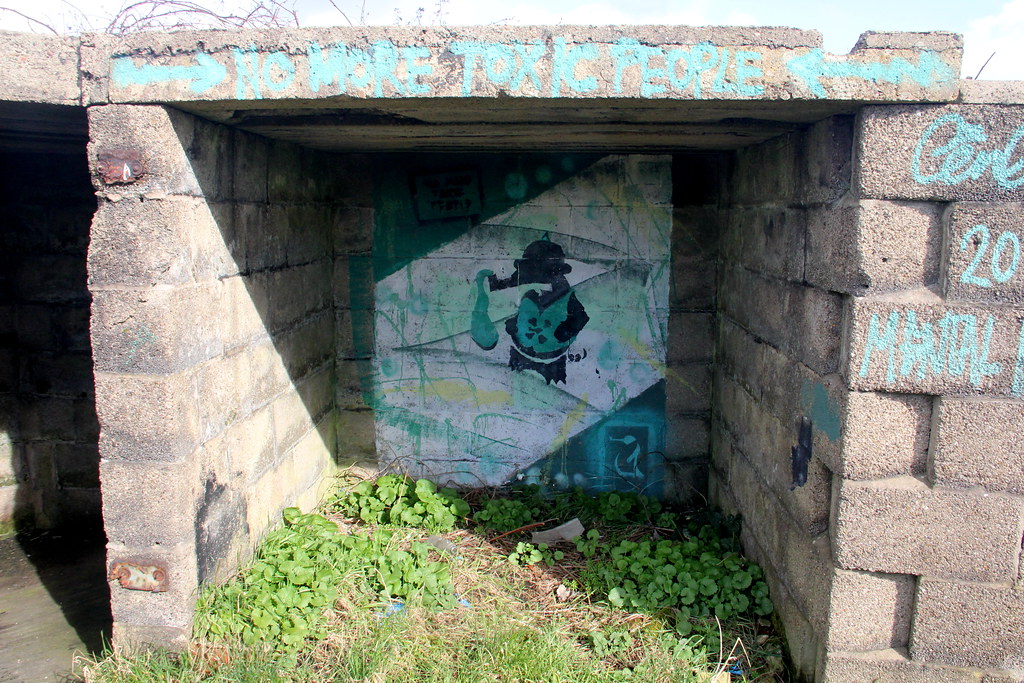 And a couple of the back rooms: 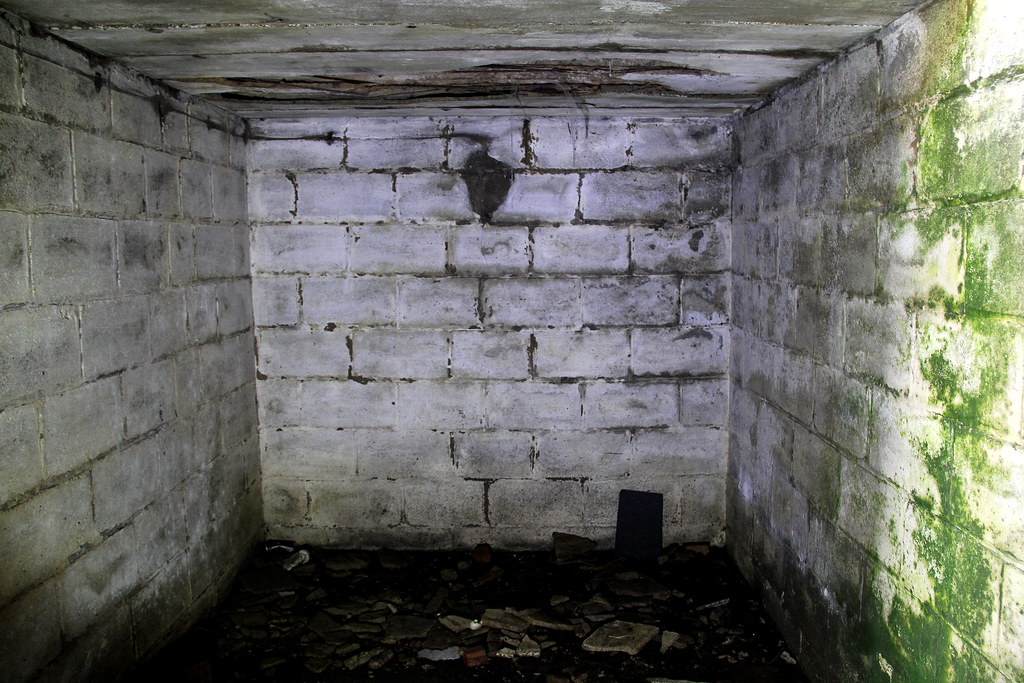 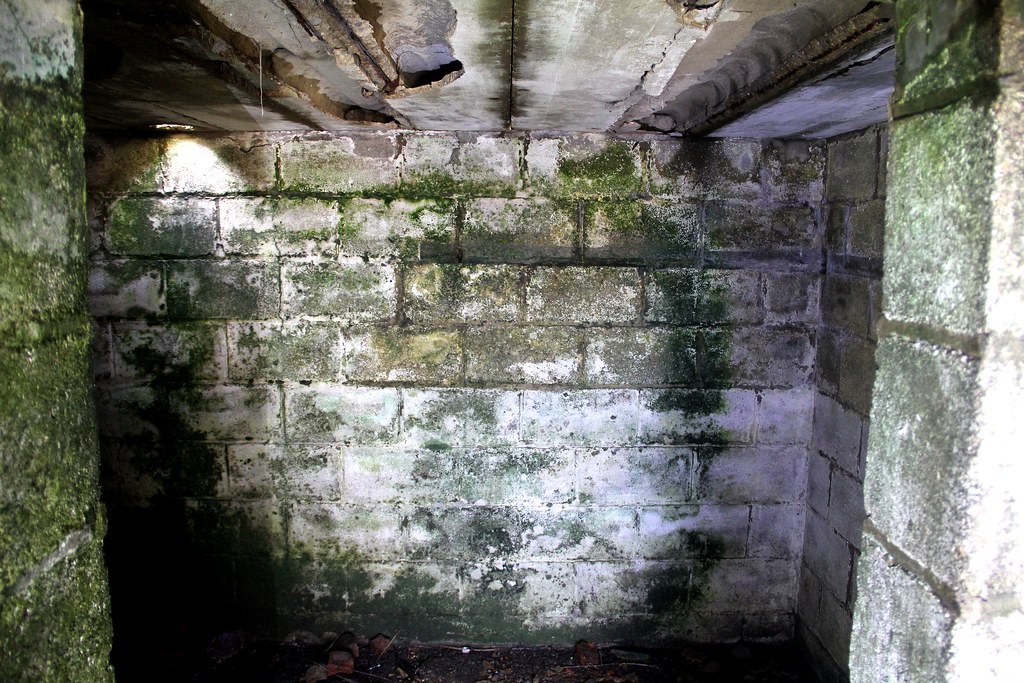 The fourth emplacement is identical again, but here the gun mounting rings are most visible: 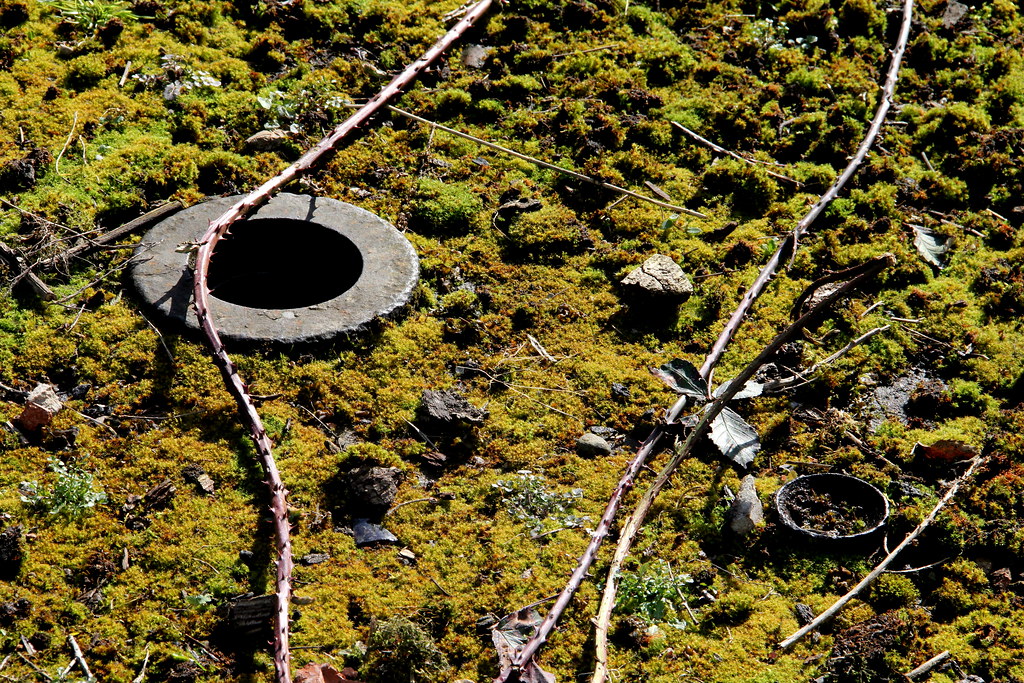 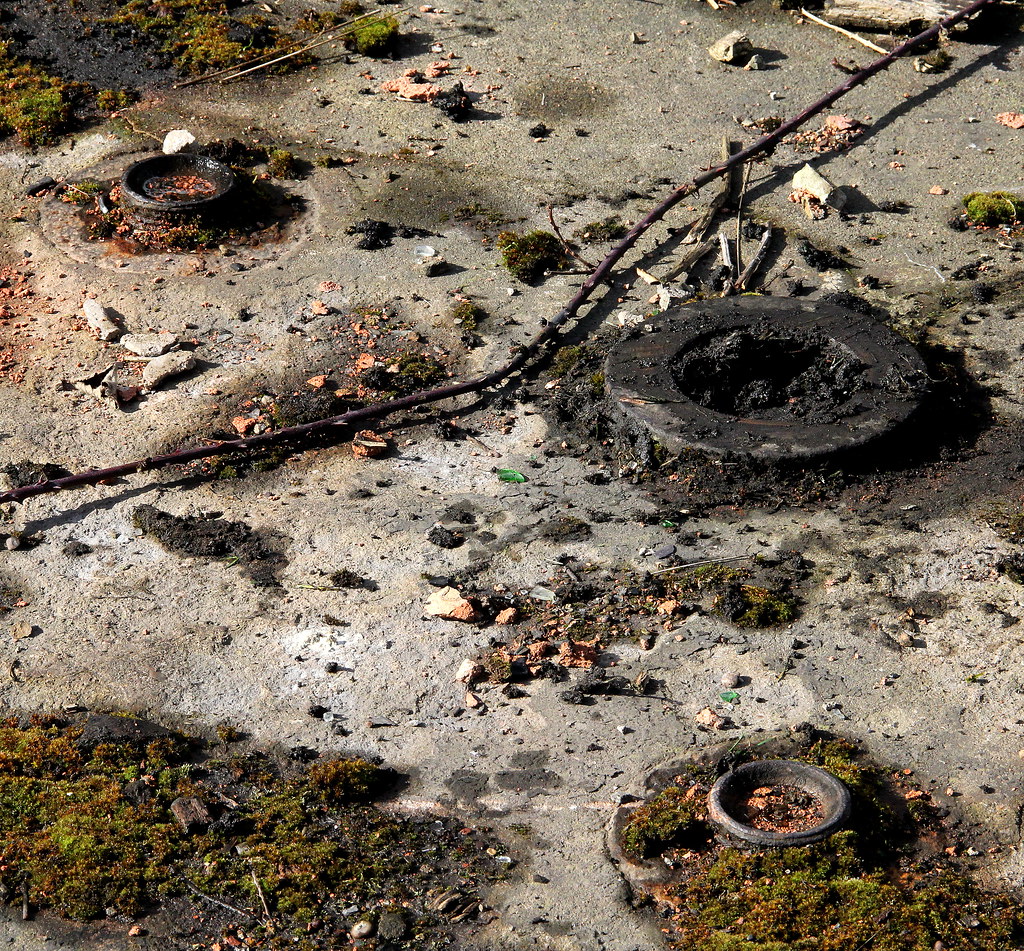 And finally, on to the “E” shaped command post: 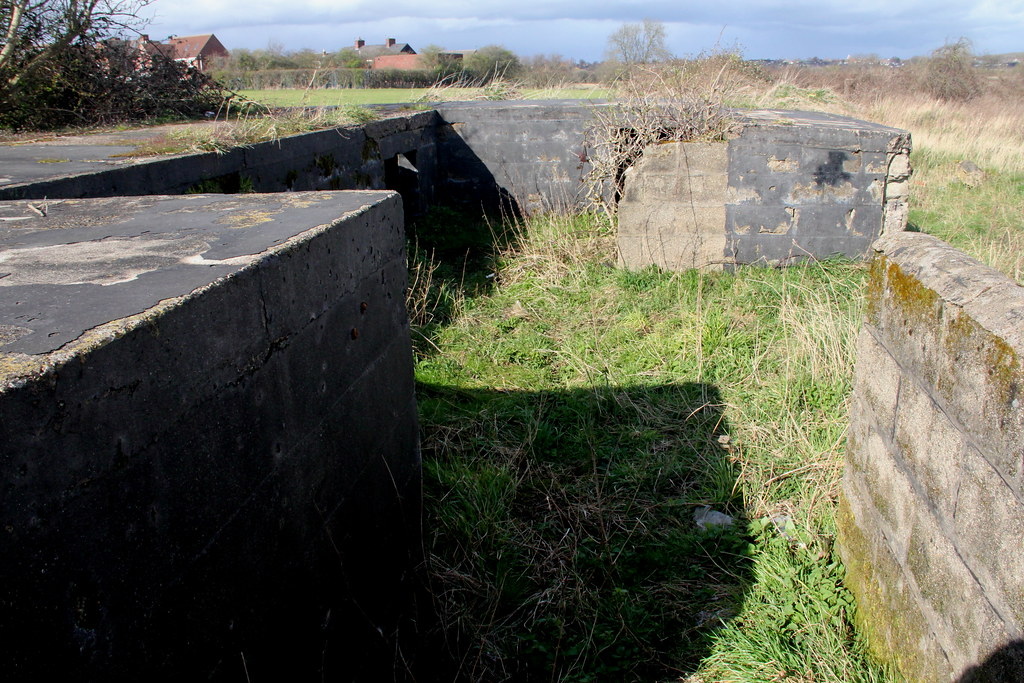 And as with all command posts, it’s flooded! 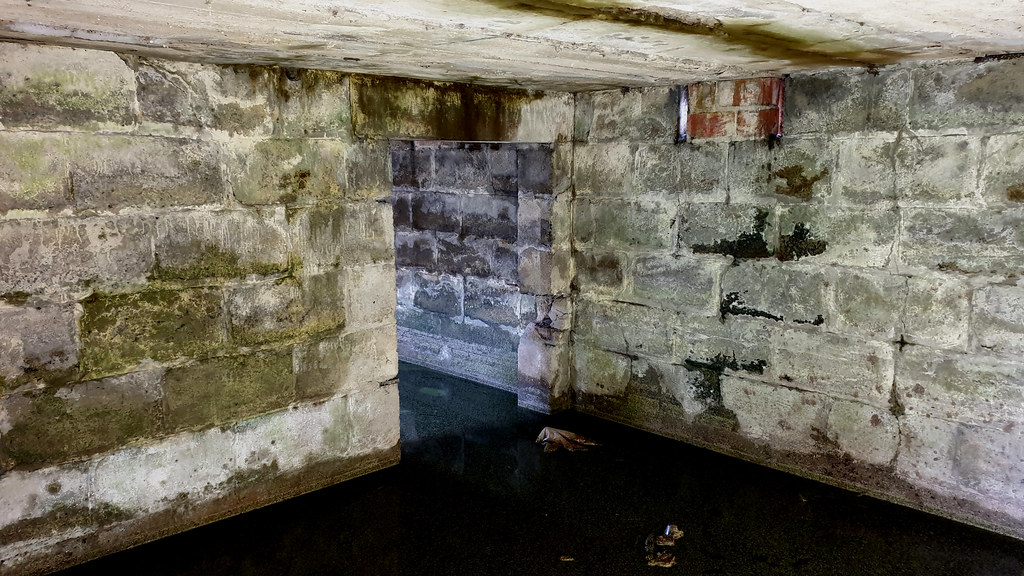 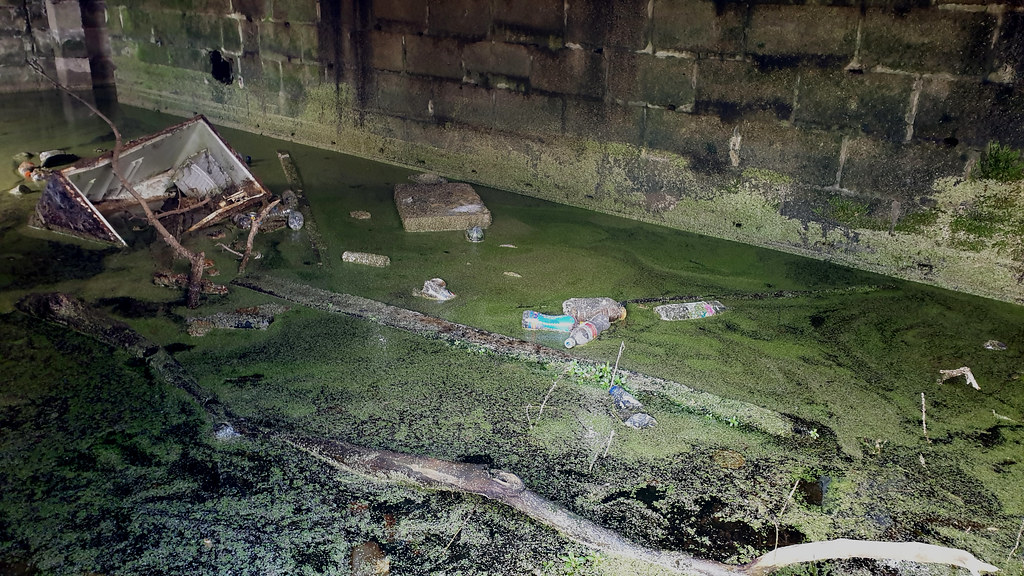 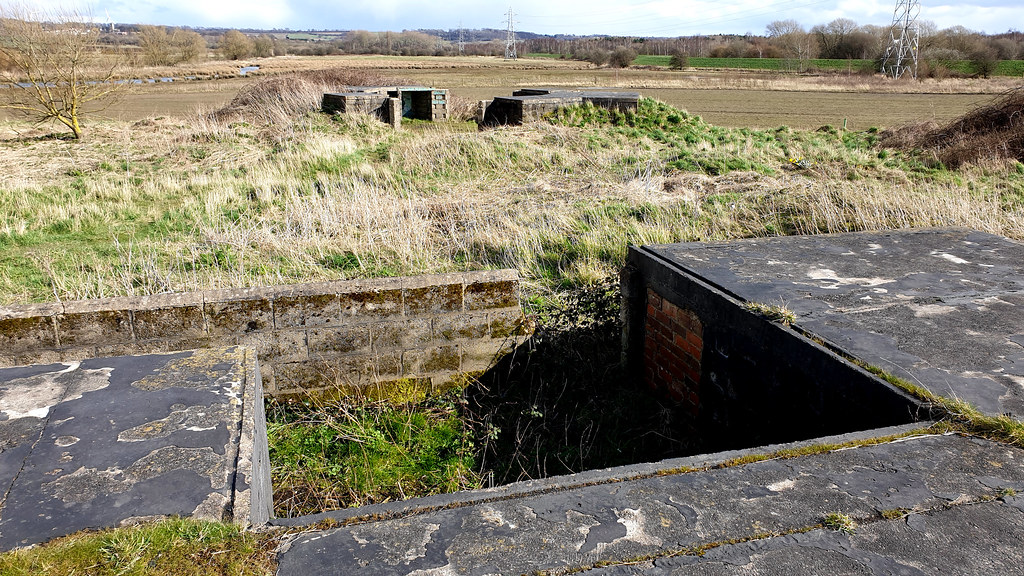 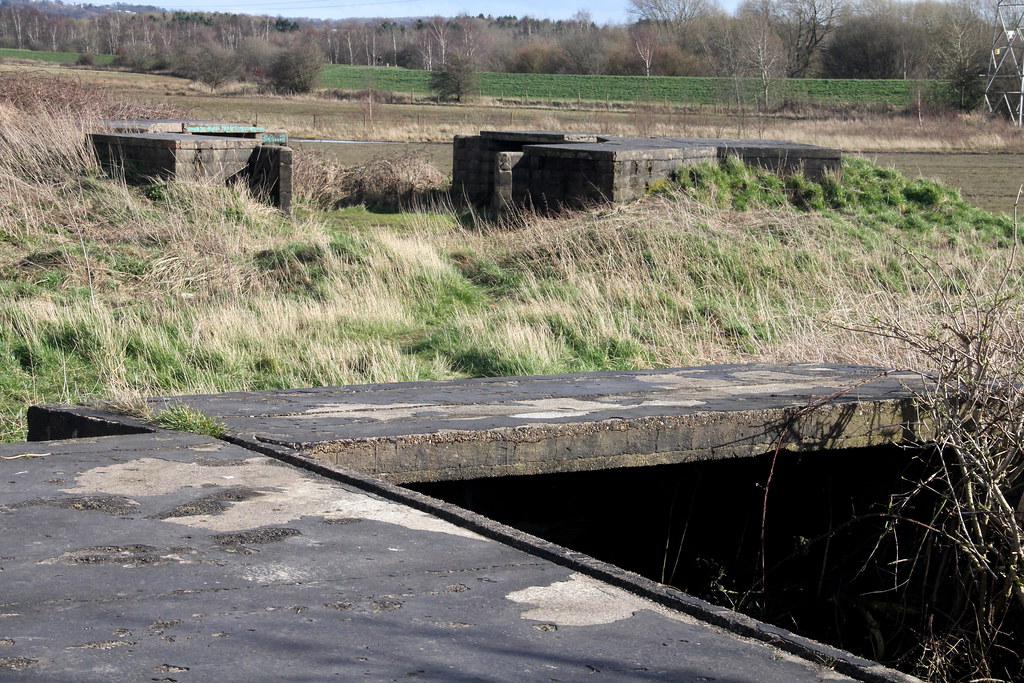 28DL Full Member
Love the report, would have liked a bit more detail on the posts with... no detail.
Always read the FAQ's they are there for a reason.

Regular User
Most explores are my taste lol, except maybe sewers though I love looking at them. I always explore any battery/ caponier, redoubts/ etc that I can. They are great relaxing wanders, and good too photograph.

A peach, a nice welcoming peach