Regular User
Given we're on some enforced time out for the next while I was going through my archive finding things I never posted on here and to my surprise this was one of them - I've got quite a few things from around 4-7 years ago that I've not posted on here yet so expect some old stuff coming out the woodworks.

The Bass Maltings in Sleaford, England are a large group of eight disused malt houses originally owned by the Bass Brewery of Burton upon Trent. Constructed between 1901 and 1907 to Herbert A. Couchman's design, the maltings are the largest group of malt houses in England, they have been designated Grade II* on the National Heritage List for England, recognising them as "particularly important ... of more than special interest."

The Maltings closed when the Bass Brewery in Burton upon Trent closed in 1959 and after that were partially used to rear poultry however the buildings haven't been fully occupied since Bass left, and in 1976 a large fire caused severe damage to three of the eight Malthouse buildings. The site has been derelict since the 1990s with plans to convert them into a mixed use office/retail/housing complex put on hold in 2015.

I seemed to have a fairly lucky visit here, as back then security kept a fairly watchful eye over it (they keep a much more careful eye on it now!) and the main attraction, the water tower, was often sealed up. Luckily it was open at the time of my visit as were a number of the Malthouses, and we had no run ins with any security the whole time we were there - the freezing cold slightly snowy weather probably kept them inside. After I got home and looked through my photos I noticed that in a couple of my shots taken from the top of the water tower you can see three figures dressed in black standing by the main gate, I'm guessing they were potential explorers or miscreants but we never saw them again after that

I was never happy with my photos from here, but they are what they are - so please excuse a certain amount of crumminess! 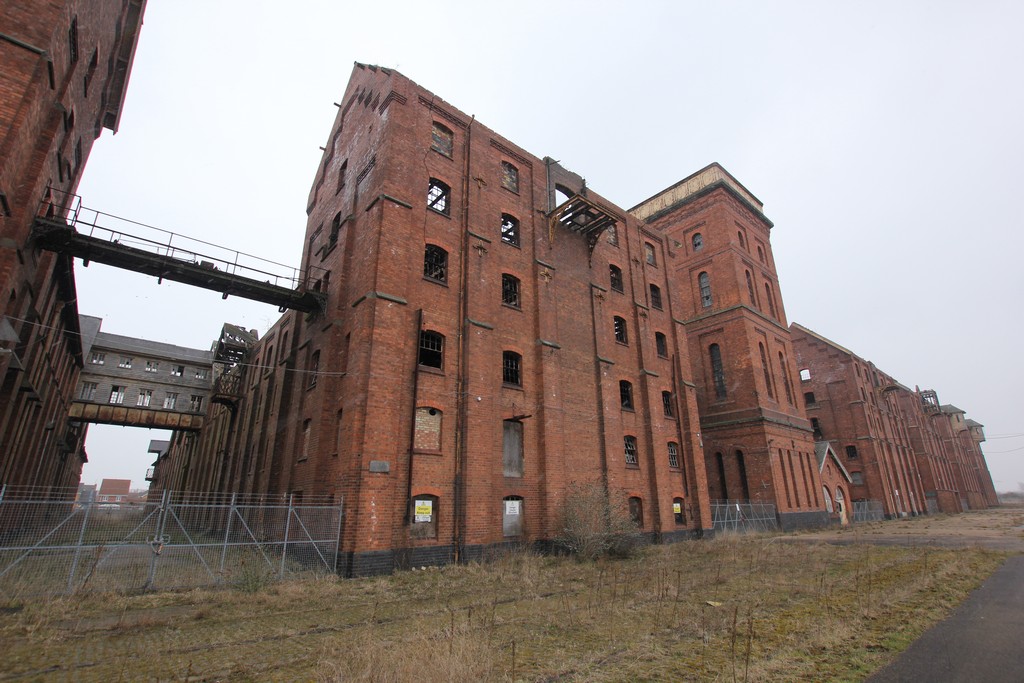 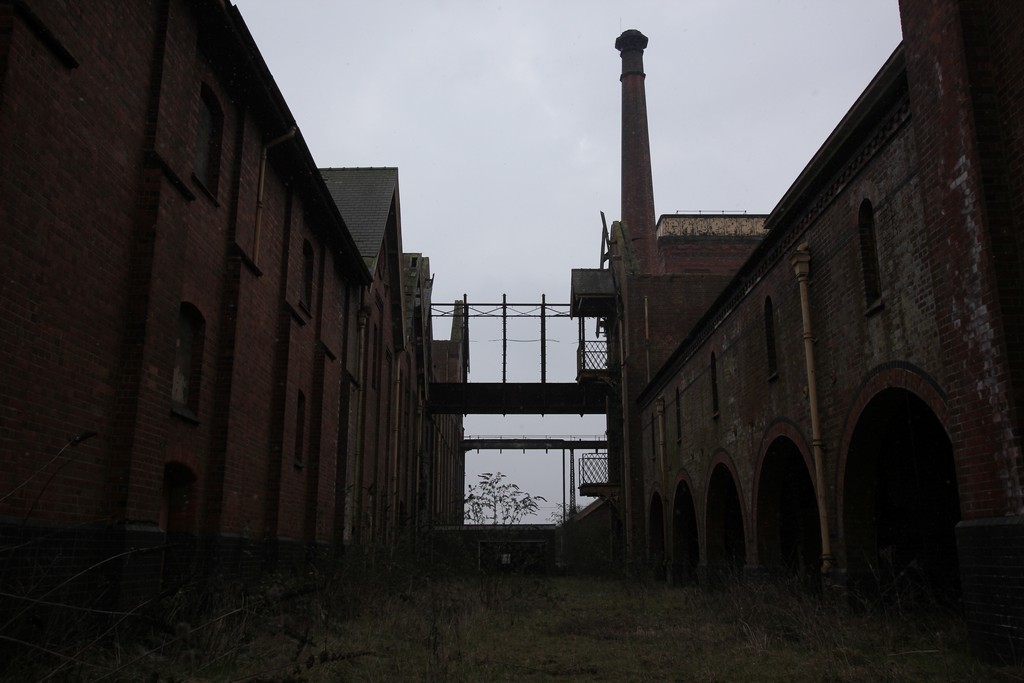 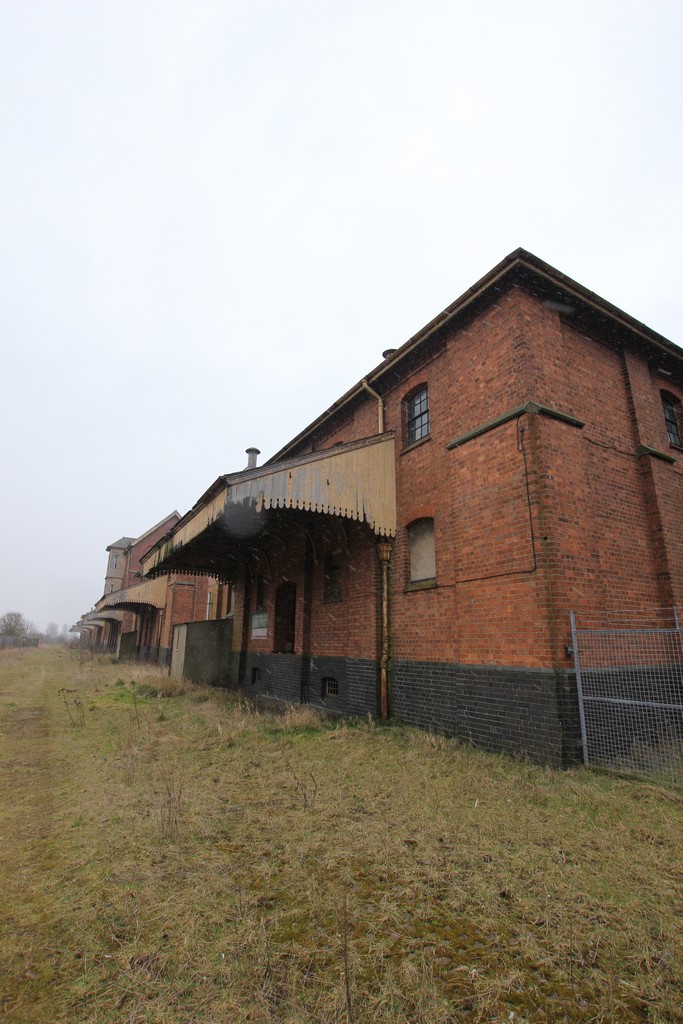 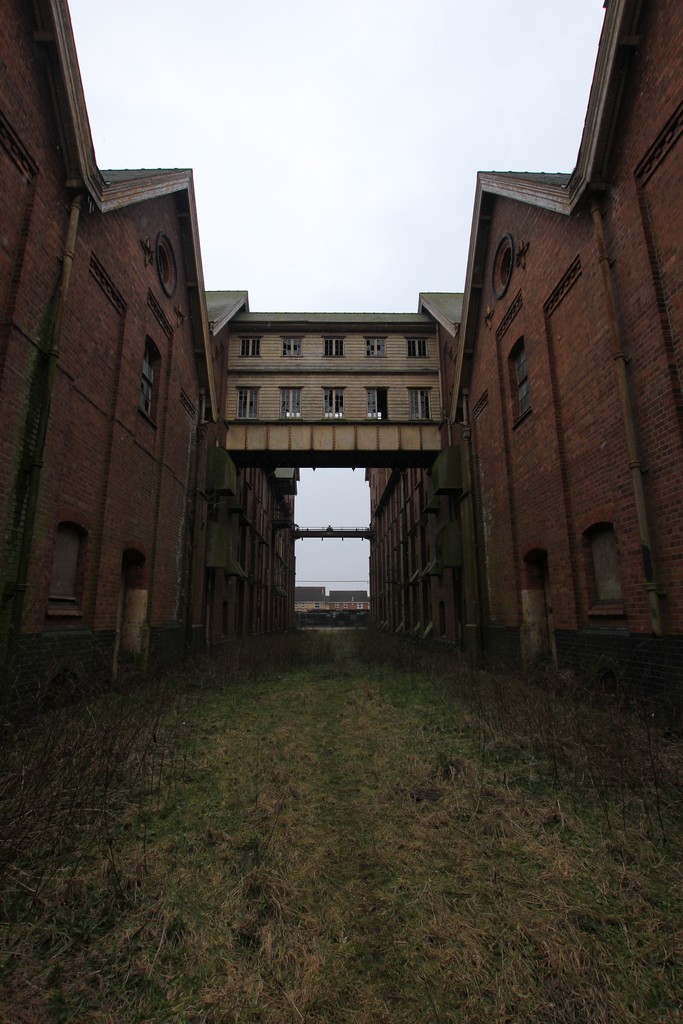 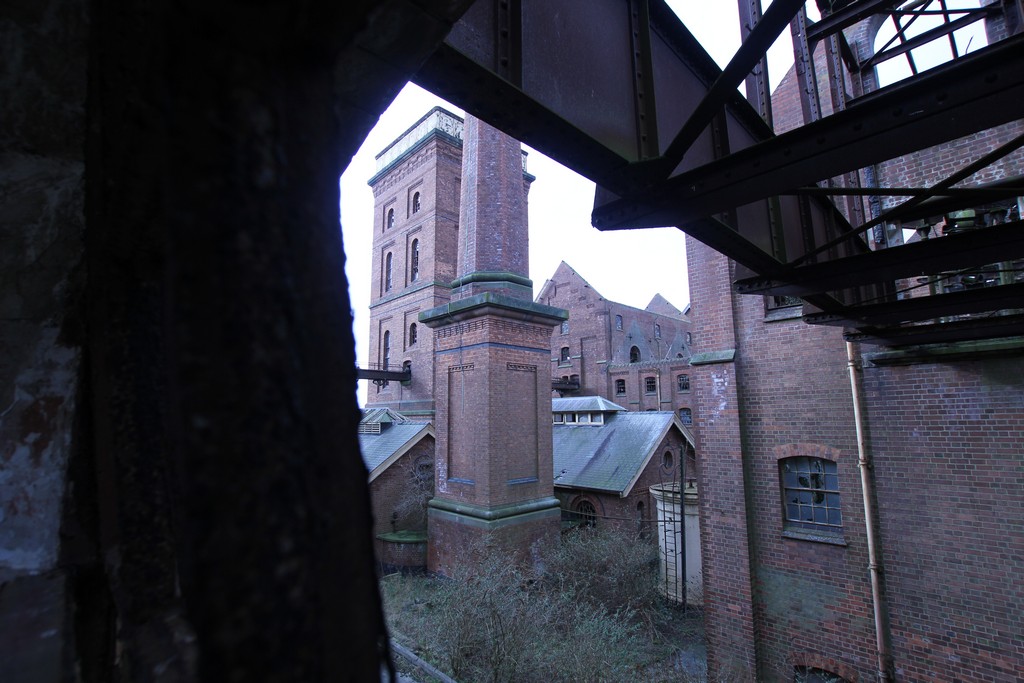 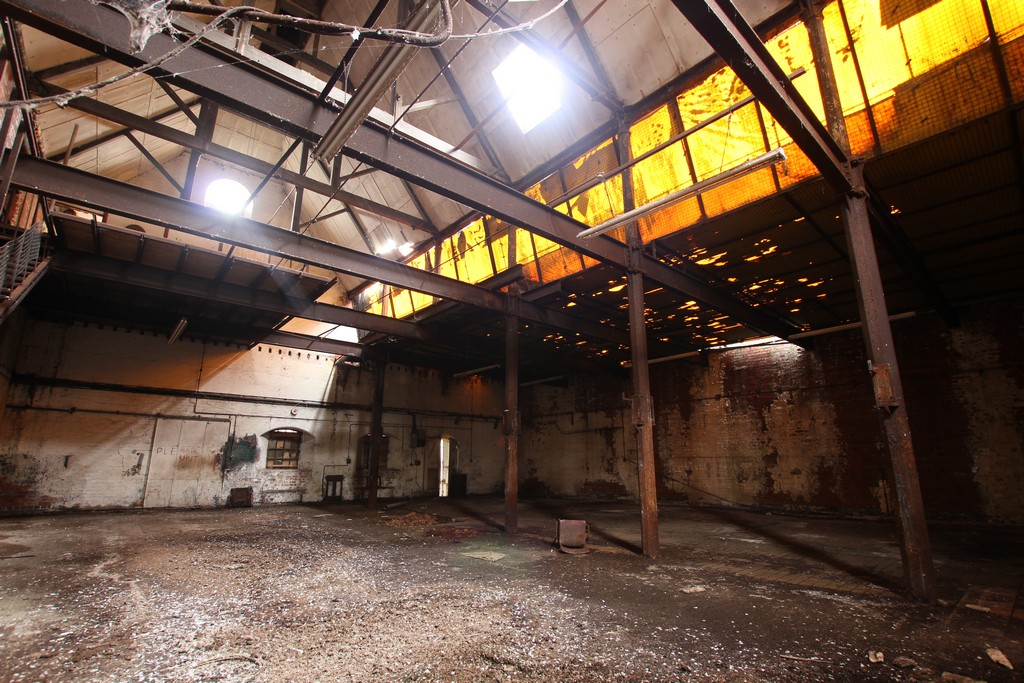 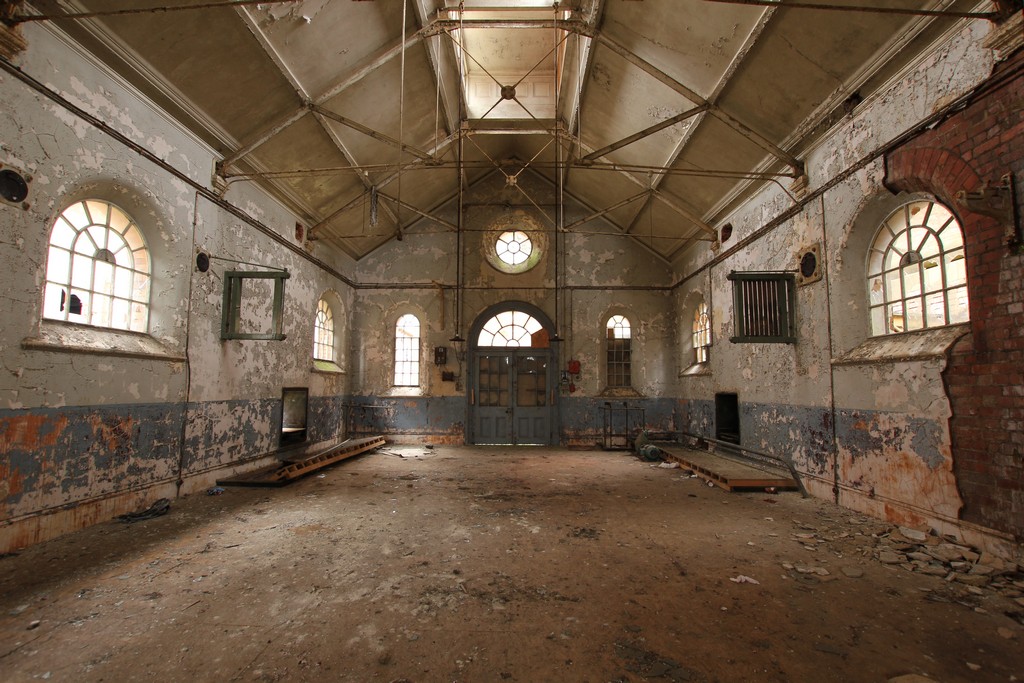 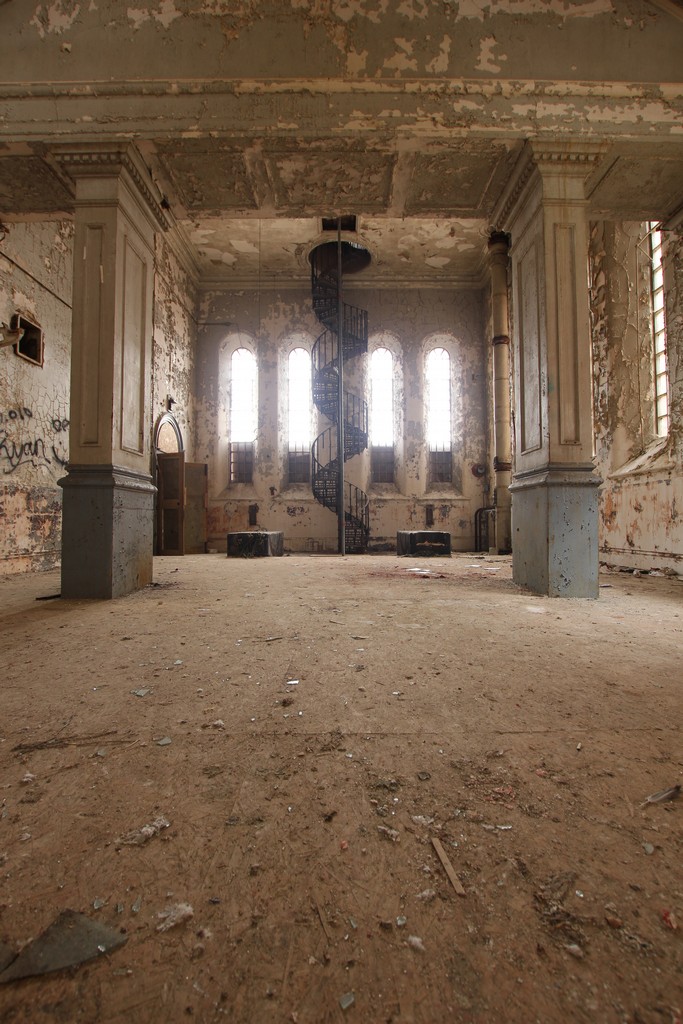 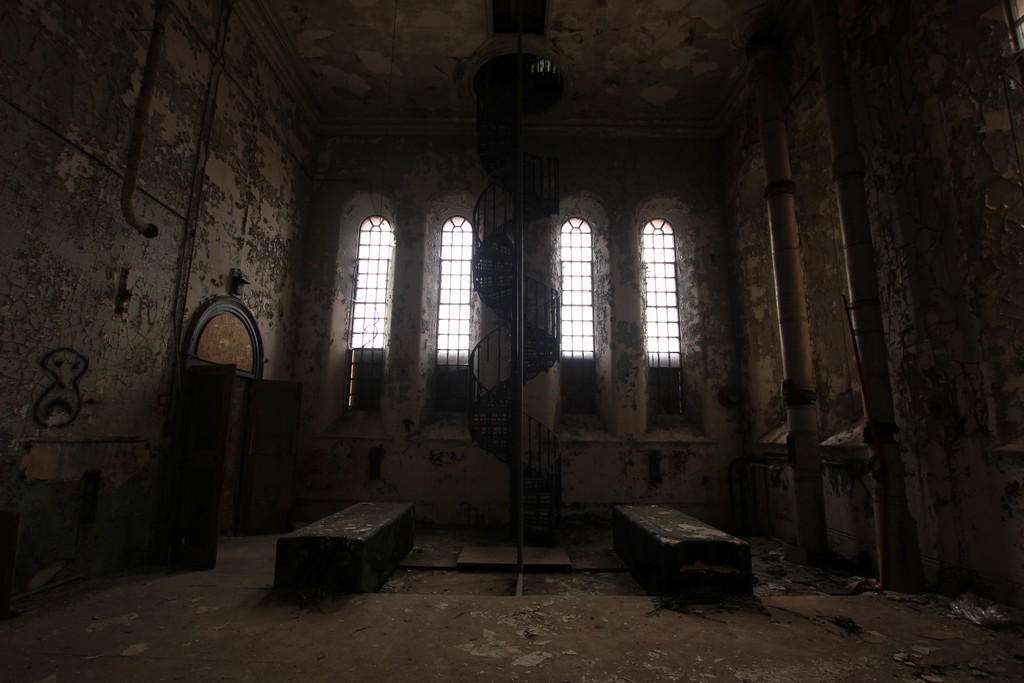 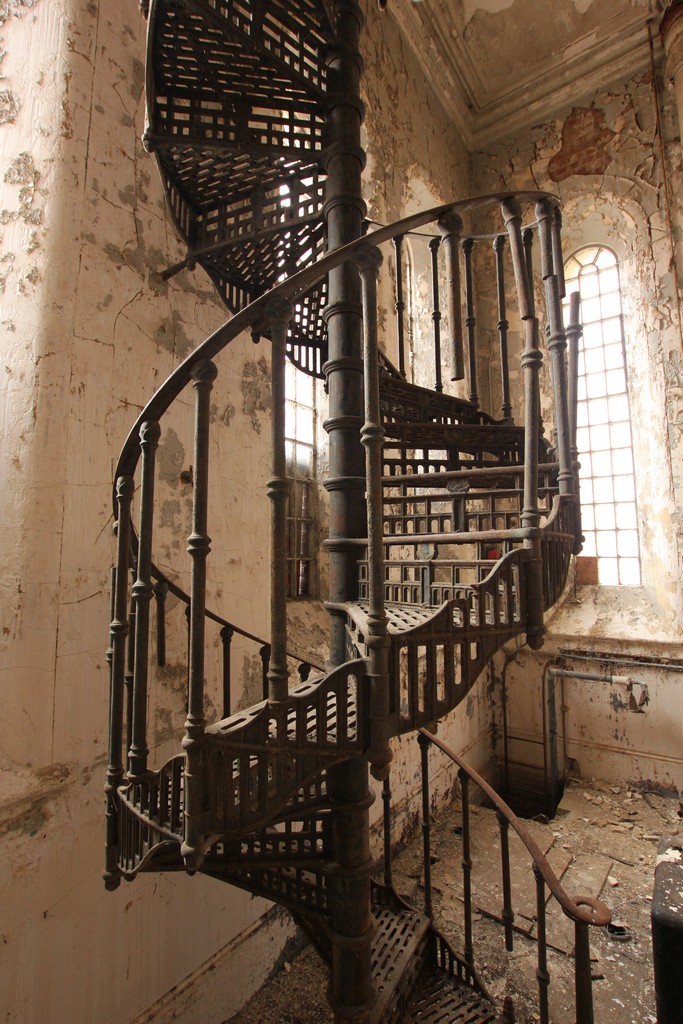 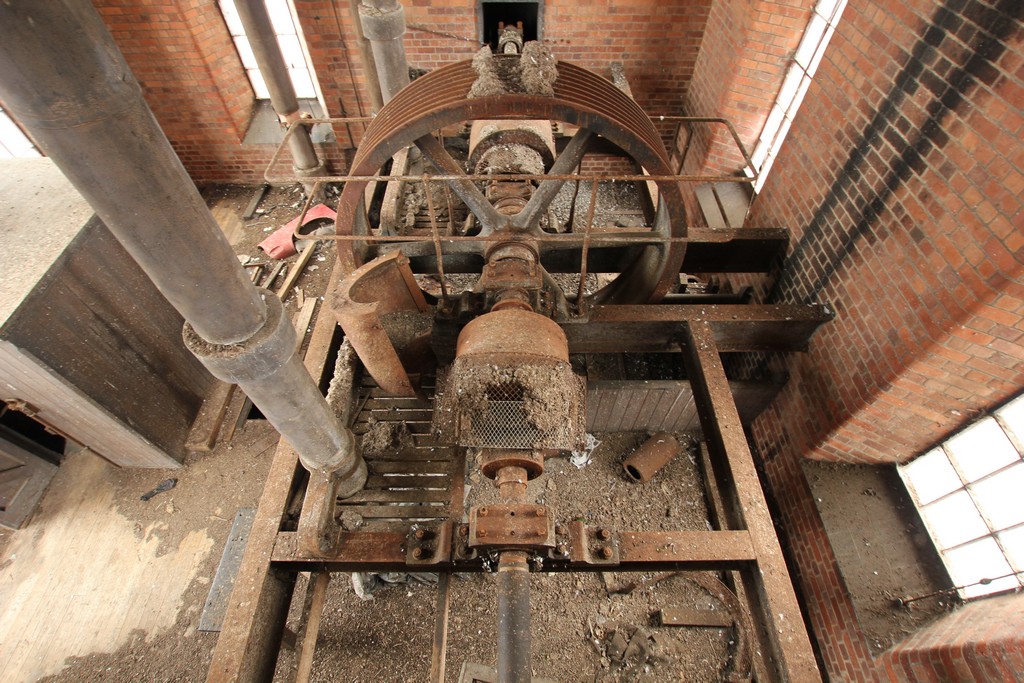 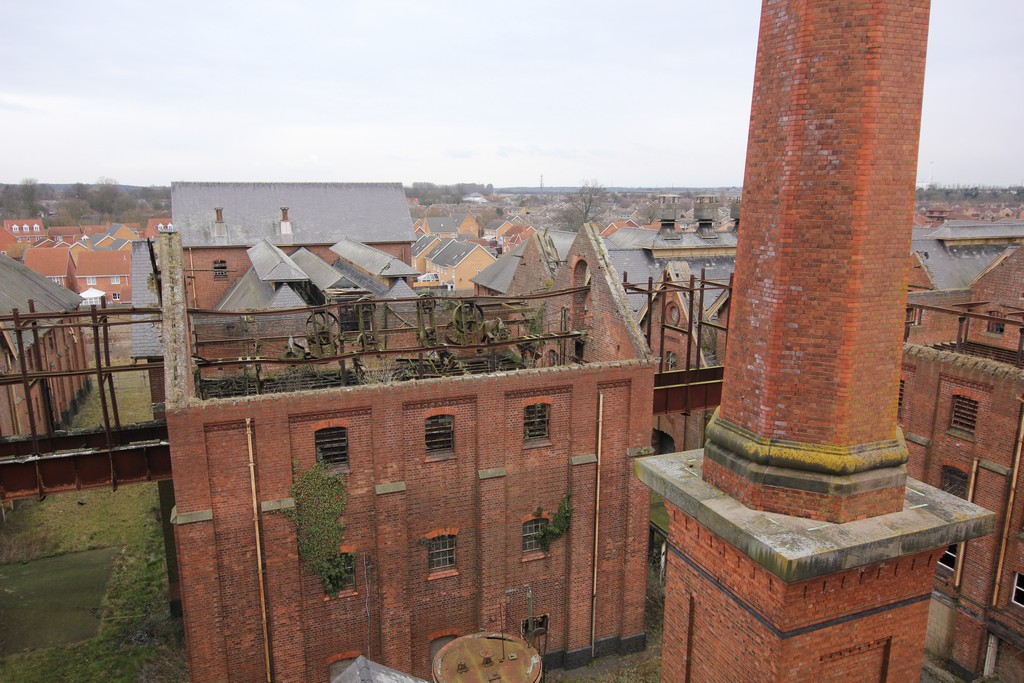 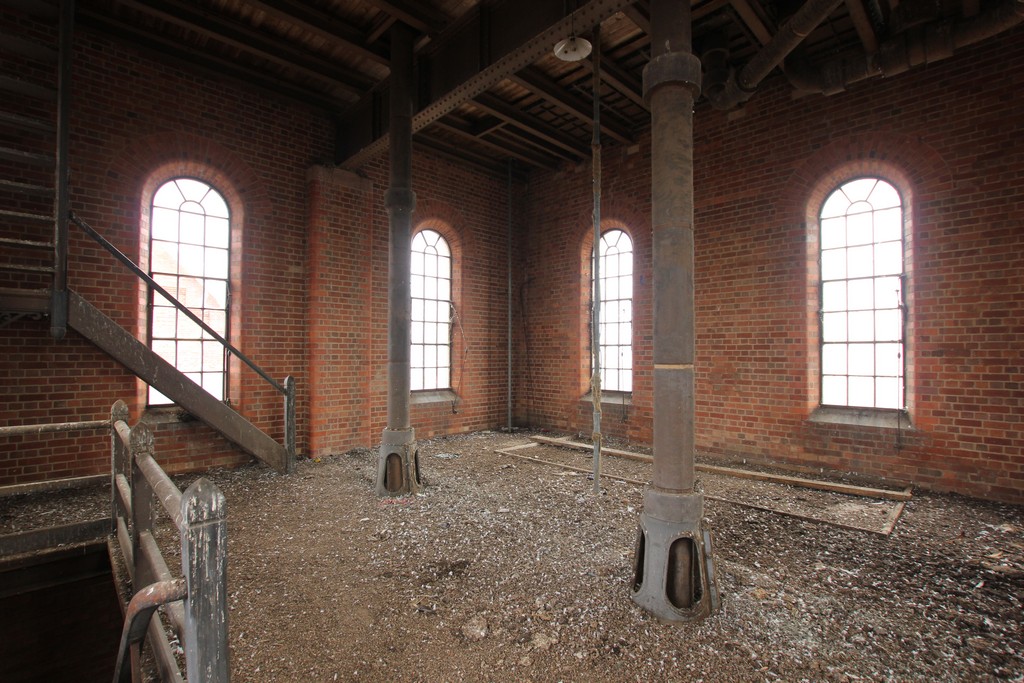 See if you can spot the trio down below! 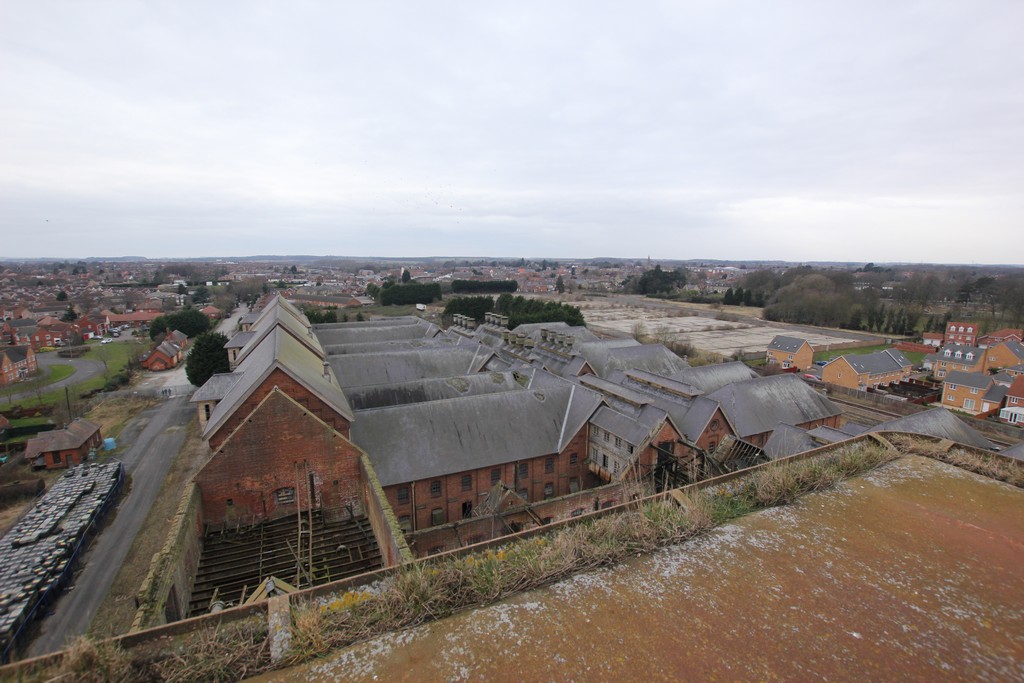 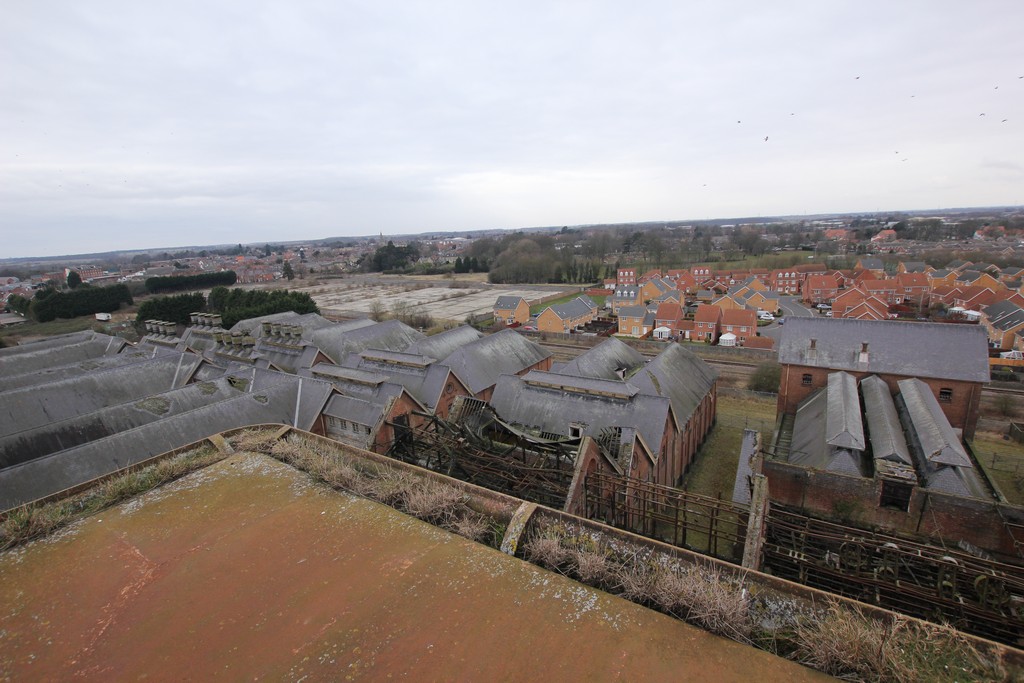 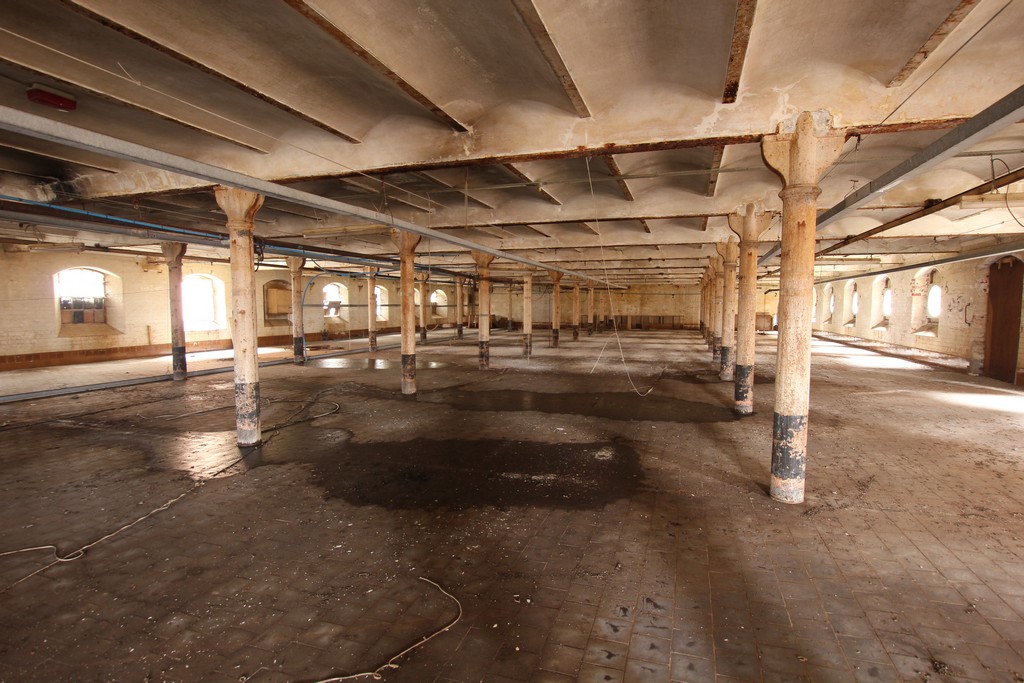 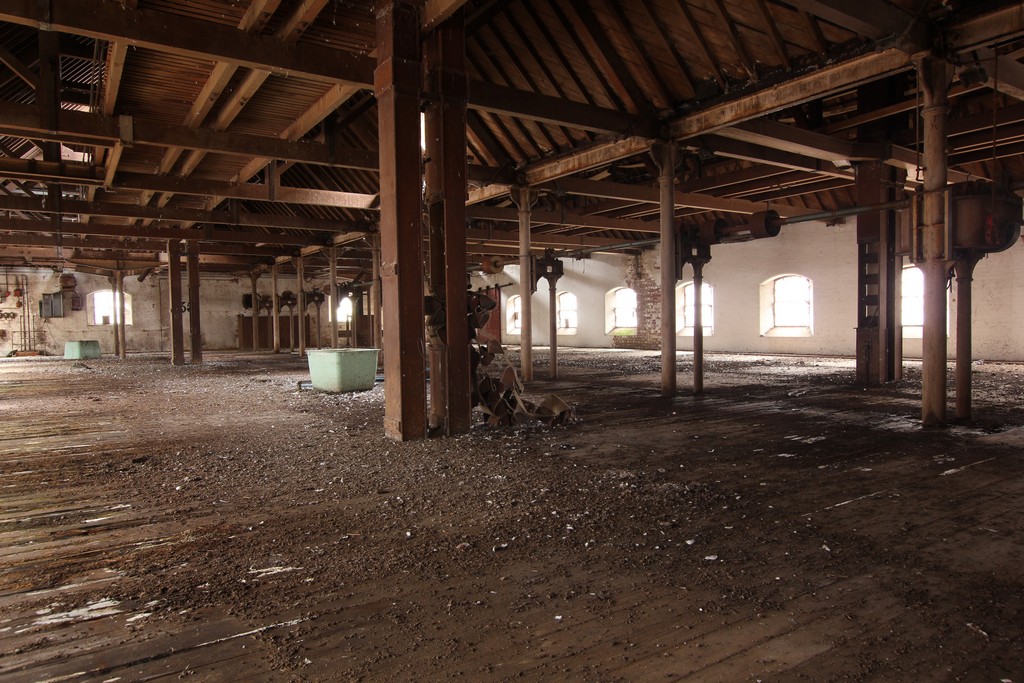 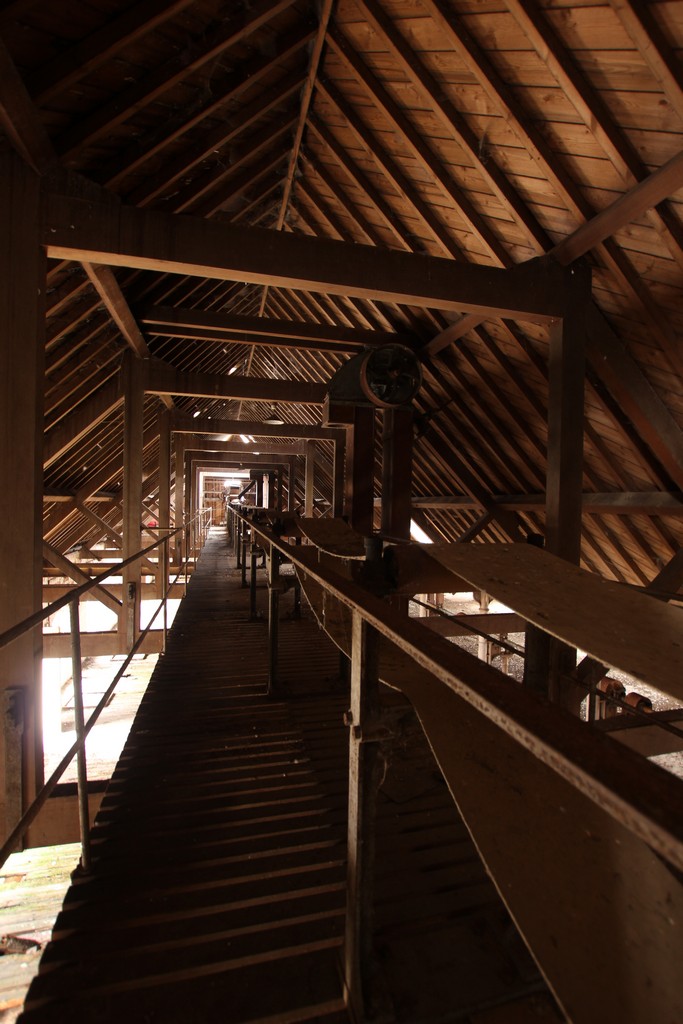 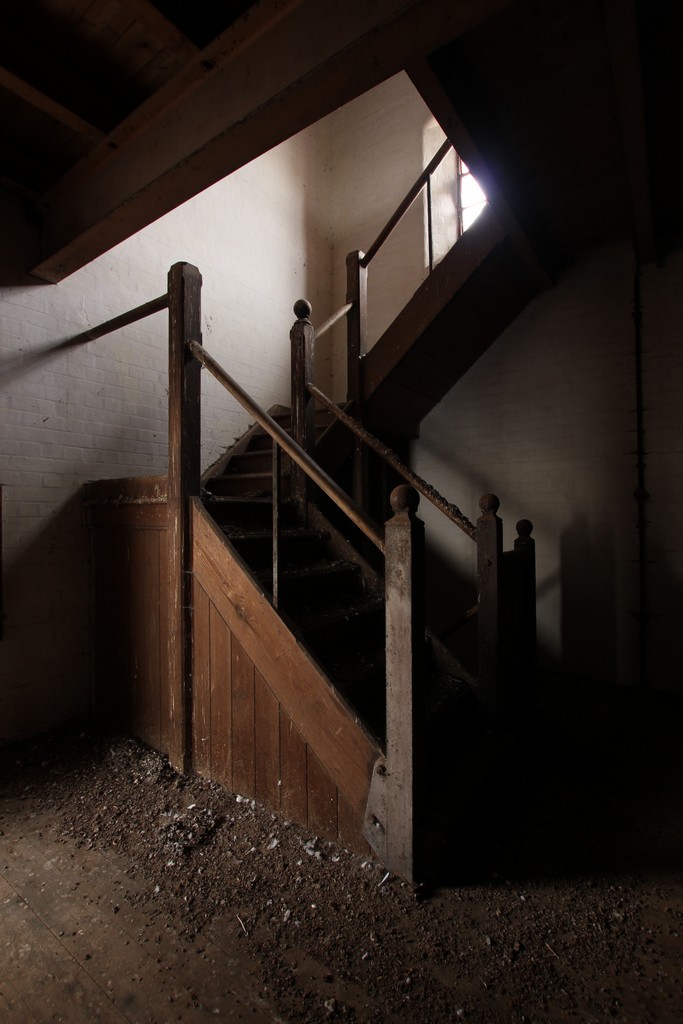 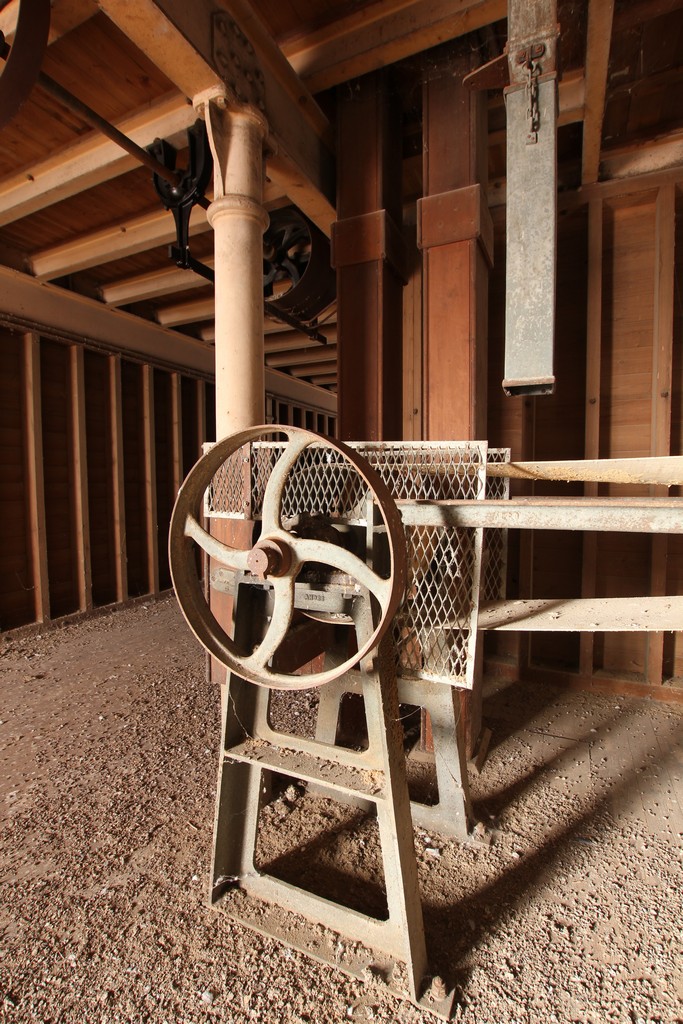 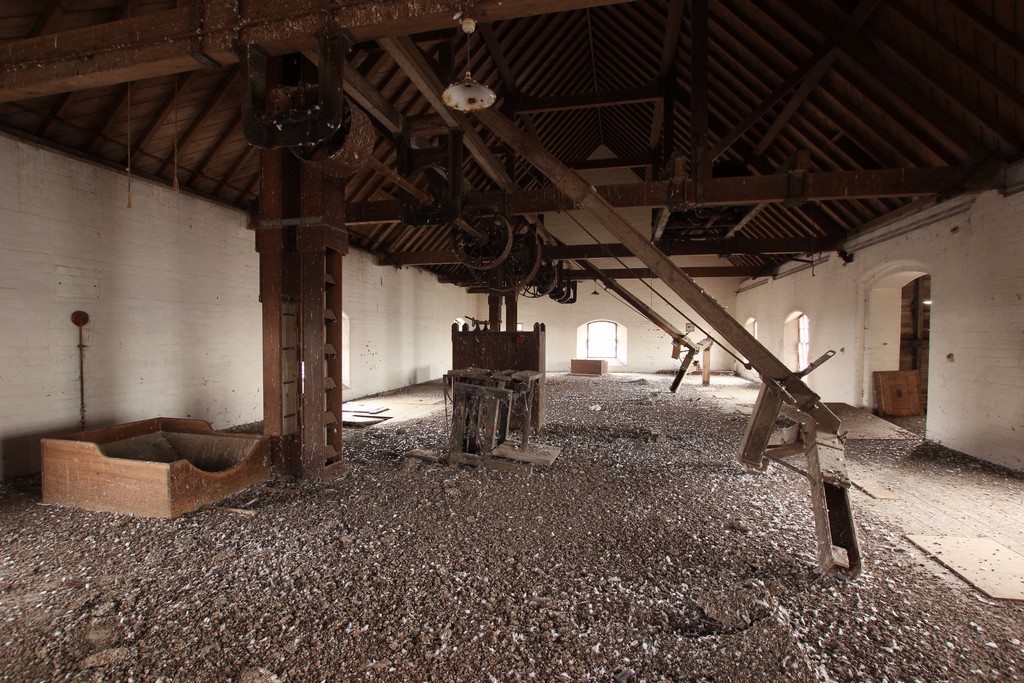 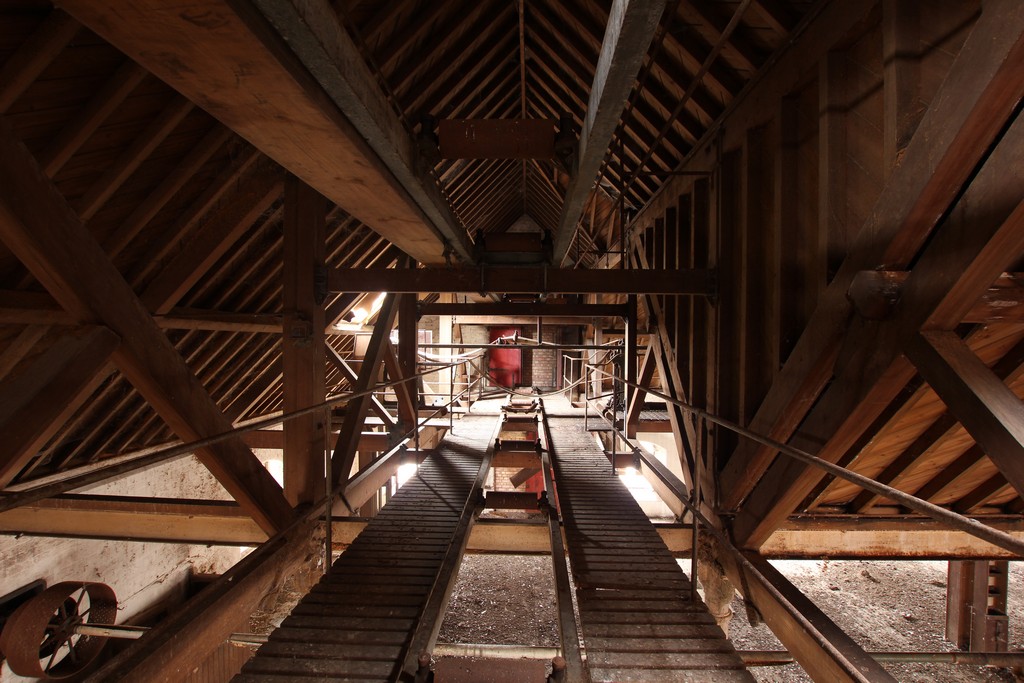 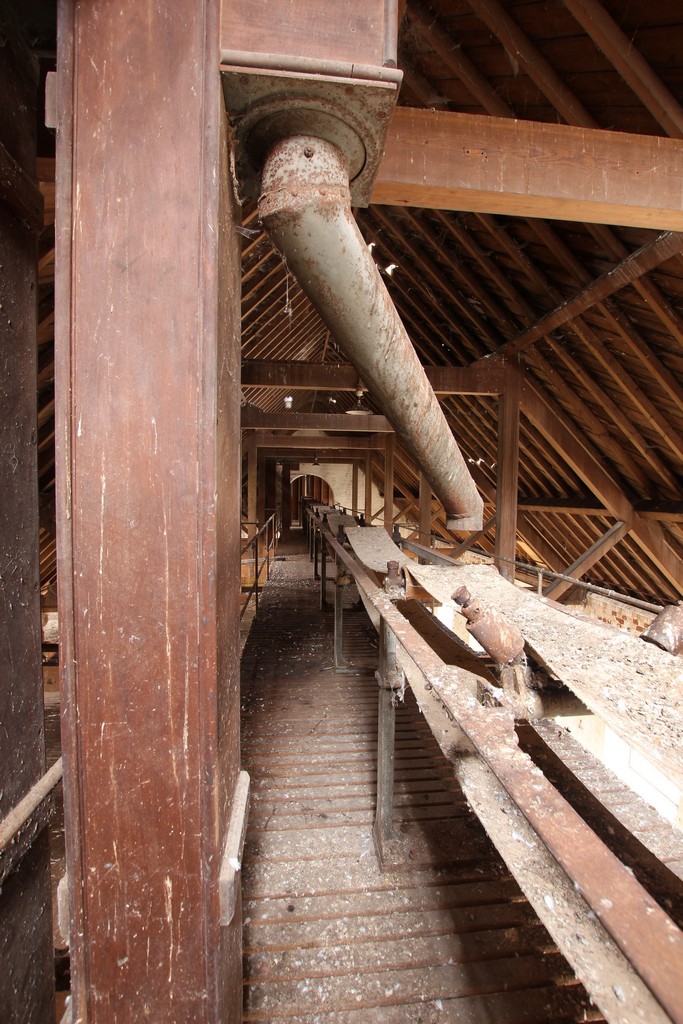 Regular User
Nice. Like the features in shot 7, and those stairs are quite special. Lots of original features from 1959. The building looks huge, very nice mooching I bet. The old shoots & belts are of interest too. Glad its listed.

Envious as I've never cracked this place. Just got lots of externals...

Regular User
Banging shots there mate, I always like seeing this place.
http://www.ravenwing93.co.uk

mookster said:
Given we're on some enforced time out for the next while I was going through my archive finding things I never posted on here and to my surprise this was one of them - I've got quite a few things from around 4-7 years ago that I've not posted on here yet so expect some old stuff coming out the woodworks.​
Click to expand...

Same here. I never posted my own report on this, mainly because the spiral staircase eluded me and pressed for time I felt a failure. Always loved this iconic shot though. 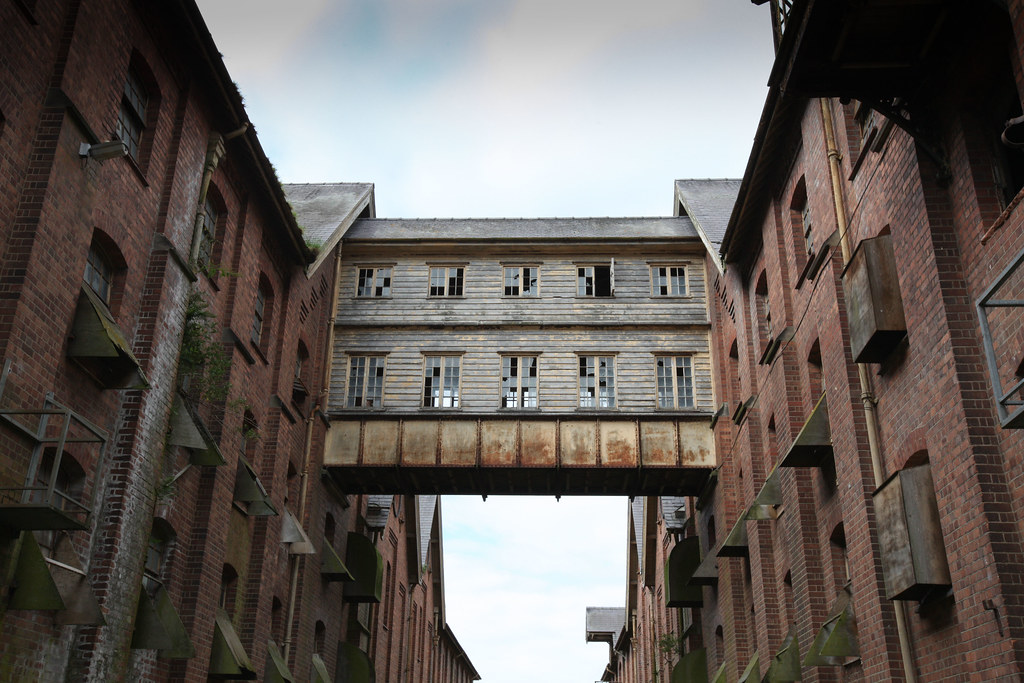 28DL Full Member
Some recent history -
A regeneration scheme was announced in 2004; supported by the Phoenix Trust, the maltings would be converted into residential, retail and business space. Public consultation took place in 2005 and 2006, with around 90% of participants supporting regeneration and three-quarters asking for a cinema and entertainment complex.Lincolnshire Enterprise granted £200,000 towards the regeneration scheme and the Gladedale Group came forward to develop the project.Over the next three years, they worked with the Prince's Regeneration Trust to draw up plans for the site's regeneration which protected the historic exterior. In 2009, their proposals were submitted for planning permission.North Kesteven District Council approved the £50 million development in 2011. Tesco was also granted permission to build a £20 million supermarket as part of the redevelopment. The maltings would be converted into retail and office space, alongside 220 apartments.

However, in 2012, Sleaford Town Council refused to grant permission for a link road connecting Boston Road to the site because of "concerns about closing a level crossing and the loss of trees" at the Boston Road Recreation Ground. After a lengthy stalemate, the District Council served a compulsory purchase order on the site in 2014, but Tesco announced early the following year that it would no longer be investing in the maltings complex following a series of financial setbacks to the company. Although Gladedale (by then known as Avant Homes) announced its commitment to converting parts of the site to residential use, the leader of North Kesteven District Council, Marion Brighton, stated that the plans were "effectively on hold" following the withdrawal of Tesco.

Envious as I've never cracked this place. Just got lots of externals...
Click to expand...

Probably to do with me being in the 28dl naughty corner when I visited it and then me never being overly happy with my photos so putting it off after I was released from the naughty corner
I'm not from Birmingham.​

Regular User
You got some nice shots from the attic spaces there’s mate.

MYself and kitty had a scream here back in the day.
eating seeds is a pastime activity.