Some stolen history from other posts...

This former British Extracting Company silo was built in 1919 and designed by Gilder & Kitchen of Hull. It was part of the site of an oil extracting mill. The interior is divided by cross walls into storage bins where the grain was stored. The attached receiving house was used for transferring material from road and river into the silo. The former British Extracting Company building, which has been disused since the 1970s, was used to store seeds for use in oils and cattle feed, however now sits on an aggregates processing site, somewhat out of place. It achieved listed status in 1993 so unlike the few other mills in Hull which have been demolished (Spillers and Rank Hovis etc.) this one is likely to stay for now.

This was the coolest explore I've done yet. Once entering the site we discovered that it is partially used. A man appeared every now and again with a torch searching about and lorries would come in every so often to drop off skips and/or rubbish. This meant we had to make a run for it when he wasn't about and no lorries were coming through. The entrance, which I wont give away, was extremely tight to say the least and quite high up. I'm genuinely shocked we weren't caught especially with using our torches and the amount of noise made. Once inside we looked about for stairs or a ladder to gain access to the roof. I was unaware that this building only had one accessible way to the roof and that was ladders from the ground floor to the very top and seen as though I made so much effort getting into the building I had to do it. The climb wasn't so bad in the dark however at the very top of the metal ladders we found a wooden ladder held up by string suspended over a drop which was probably the worst part. The metal ladders themselves are sound but the shitty wooden ones had seen better days. The best part was walking out onto the roof and seeing the entire of Hull lit up. It was well worth the climb, enjoy the pics!

First couple of images are from our first visit in November 2017
These were taken in the receiving house attached to the main building.
I thought these were quite interesting and bulk up the report a little bit. 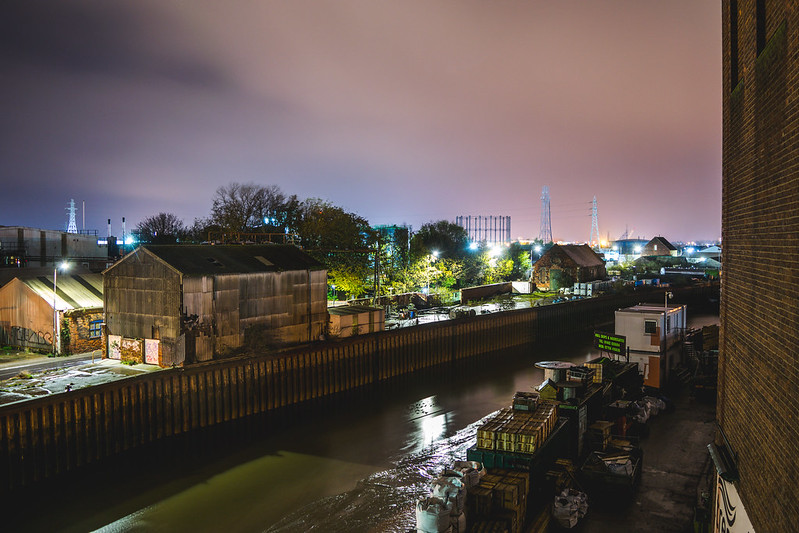 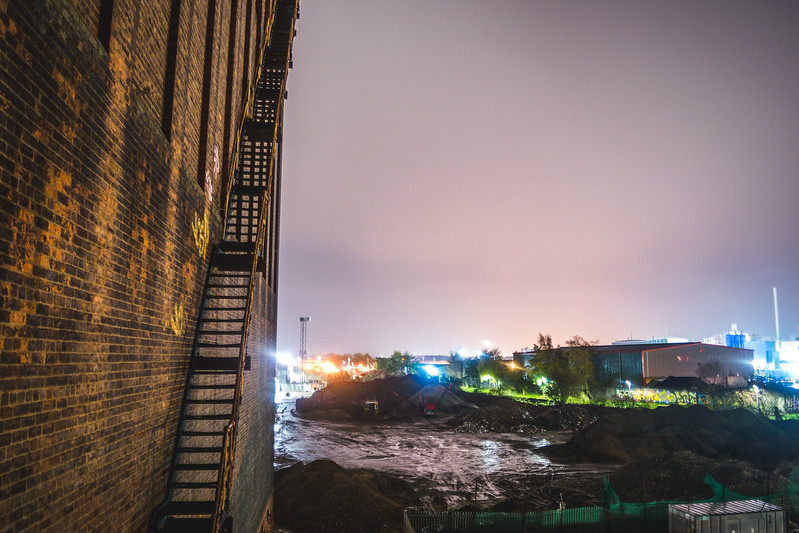 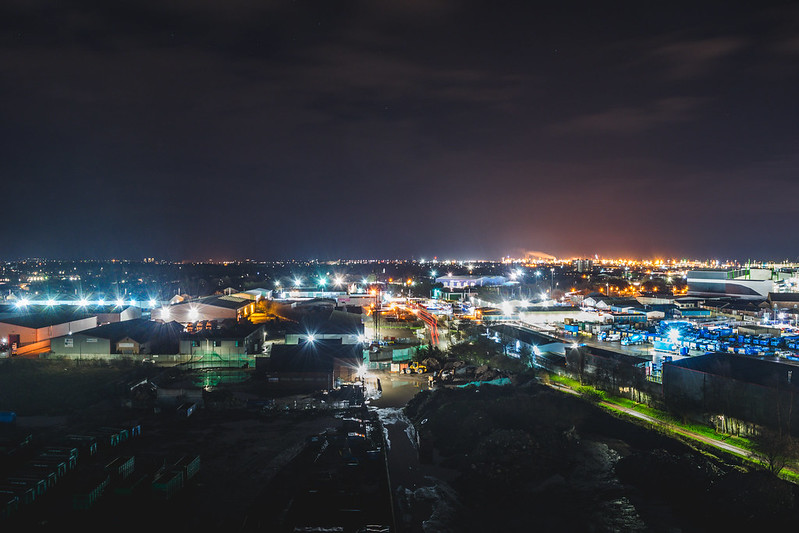 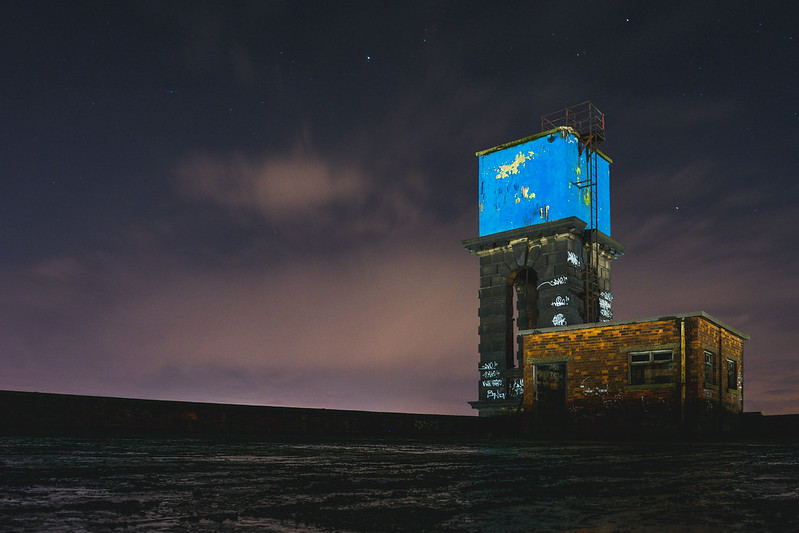 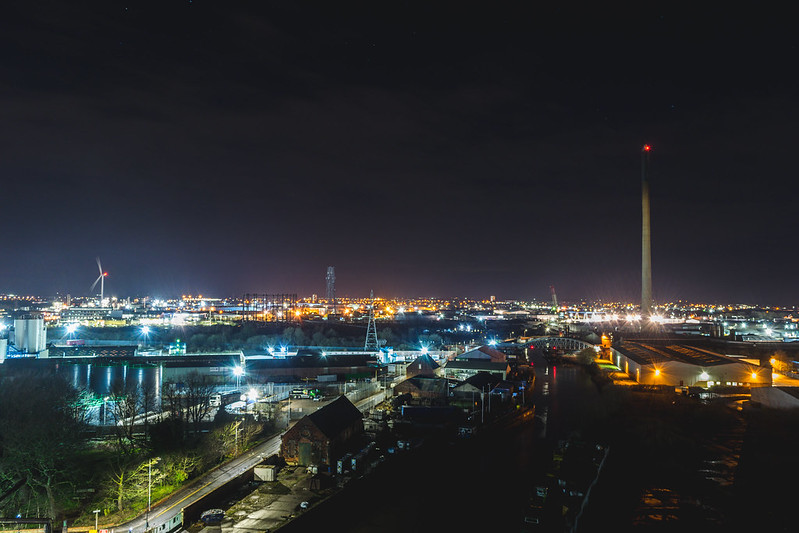 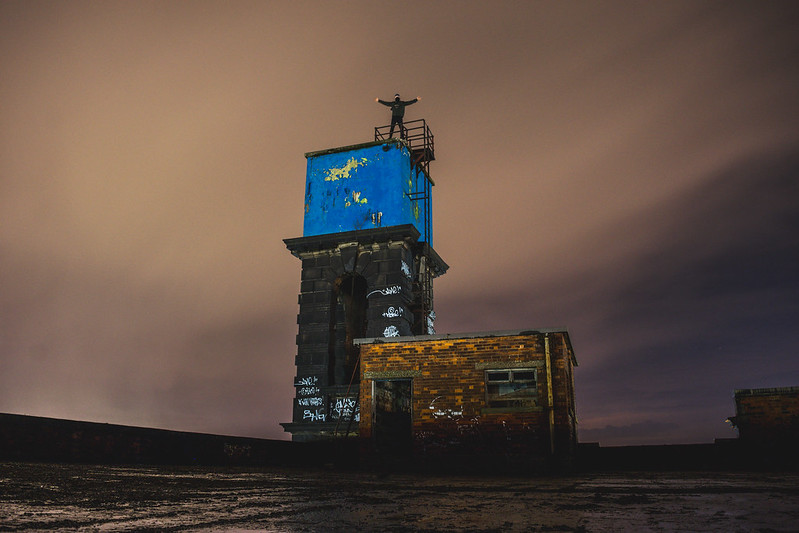 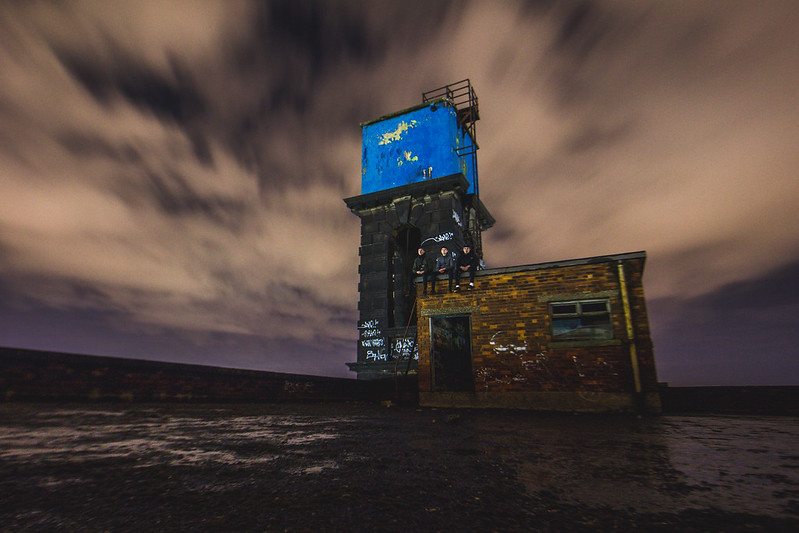 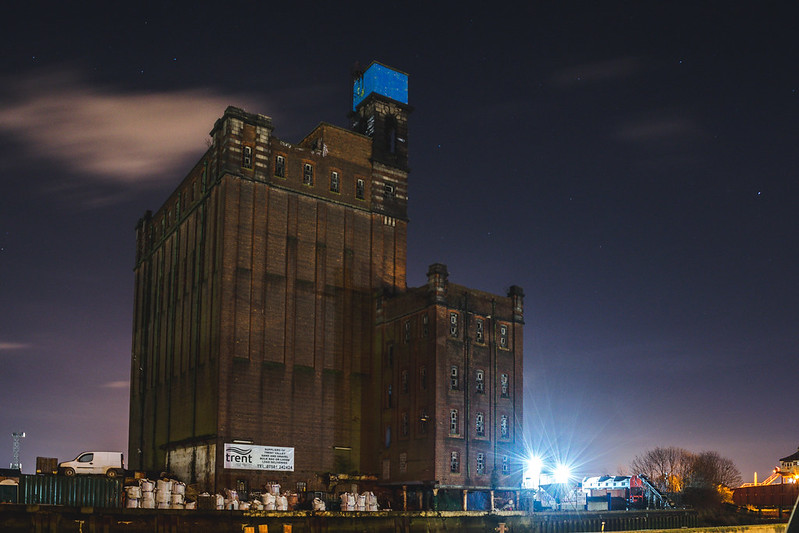 The wooden ladder is good fun eh :)
eating seeds is a pastime activity.

The wooden ladder is good fun eh :)
Click to expand...

28DL Full Member
Just to add a bit more of the same, here are some photos I got below from the visit. 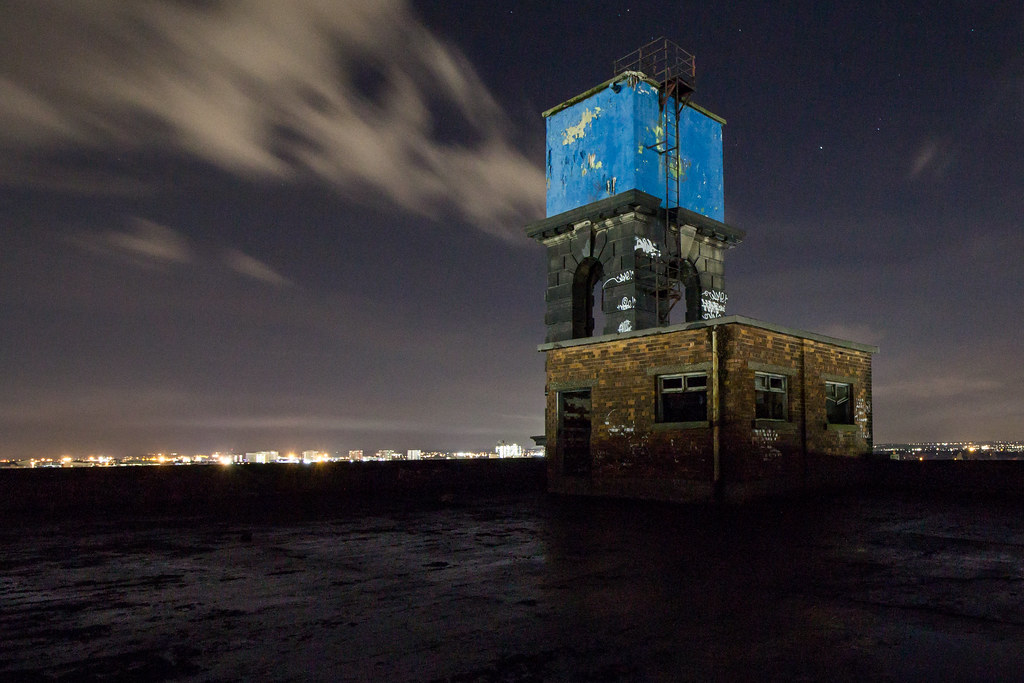 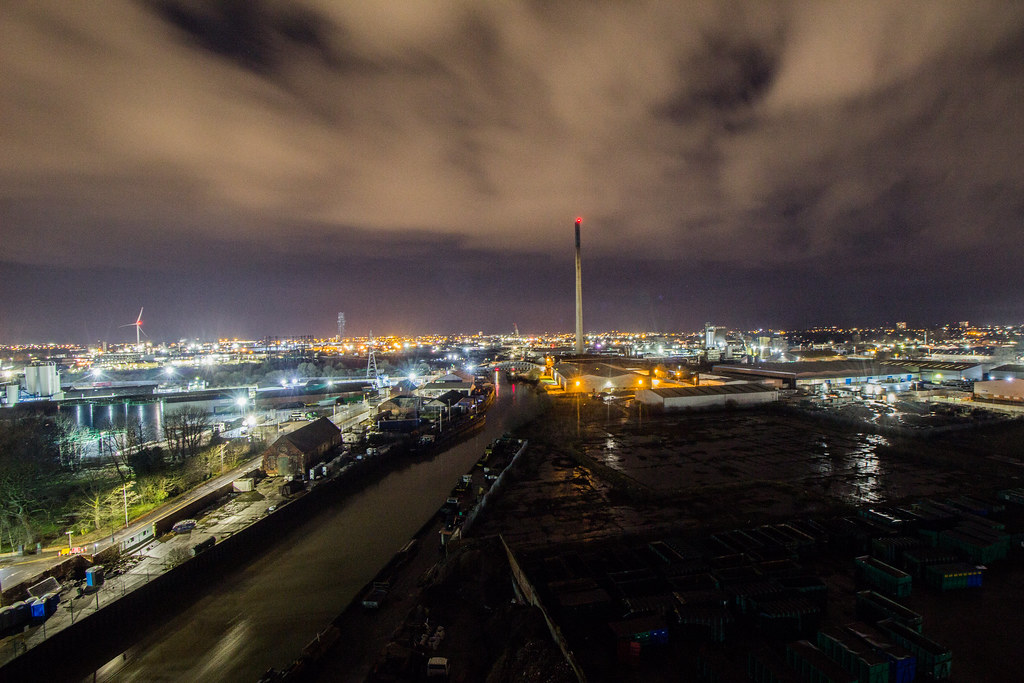 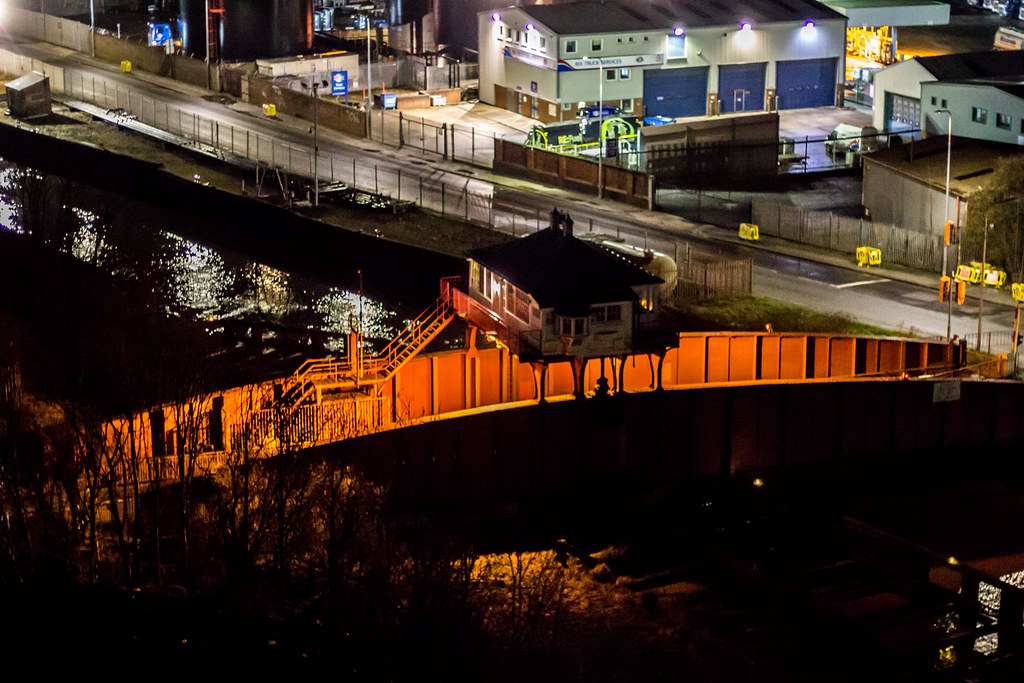 Unfortunately we didn't get to explore the inside much, when I climbed through the entrance I had a staring contest with what I thought was someone in a hi-vis jacket standing about 30m away, and from then on we saw him a fair bit stood outside, although as @ShutterBug said, there were lorries and vans coming in and out. As such, we didn't want to light up the inside too much as it would give us away (the only time I've wished that my torch wasn't brighter). That said, we mainly went there for the roof, and it was more than worth it, given the amount of times I have walked/ridden/driven by and wondered how the fuck to get up there.

I didn't look around loads, but it appears there used to be sets of stairs that went all the way to the top, but they've been chopped at the bottom (as was with some of Rank Hovis, I believe). The ladders weren't too bad, and I have to say climbing them in the dark made it almost more bearable, as you literally could not look down. I am surprised no one has replaced the wooden ladder, does anyone know how long it has been there?

As unplanned explores go, I would say this was a pretty good one, although I think it'll be a while before I return!

jaws said:
I am surprised no one has replaced the wooden ladder, does anyone know how long it has been there?
Click to expand...

That wooden ladder has been there for at least 15 years I'd say.
eating seeds is a pastime activity.

Bugsuperstar said:
That wooden ladder has been there for at least 15 years I'd say.
Click to expand...

I can't find any reports where it's not there, though they only date back to 2007/8. It might be a project for someone to take a decent ladder and secure it so it doesnt tip backwards at all!

jaws said:
I can't find any reports where it's not there, though they only date back to 2007/8. It might be a project for someone to take a decent ladder and secure it so it doesnt tip backwards at all!
Click to expand...

That ladder puts hairs on your chest. It's all good fun :)
eating seeds is a pastime activity.

You gonna do that chimney?

ShutterBug said:
Thinking about it but entry will be a ball ache and I've heard somewhere that some ladders have been removed to prevent people climbing although I'm unsure
Click to expand...

Definitely on the cards though, if we found a suitable way to do it.... @ShutterBug @tallginge

Guessing it can be done then?

Regular User
Excellent report one place I really want to do. I just love the look of this building.

28DL Full Member
I'm from Hull , tried several times to enter , not found a way in yet.