Guest
The NSA Field Station Berlin Teufelsberg was one of the premier listening posts of the cold war. Situated on top of the highest elevation in West Berlin - the Teufelsberg, the station had unobstructed reception of signals from all directions. And viewed from West Berlin, in all directions was "East". Situated on an artifical hill near a string of lakes, the Teufelsberg enjoyed excellent reception in most radio bands that were otherwise difficult to receive at long distances. The NSA got so far in their search for better receiption, that they prolonged the operation of a flywheel that was accidentially found to be a excellent resonator for certain radar installations deep in the east.

The station was situated in the British sector of West Berlin, so the US services were technically a guest there. Given the intense collaboration of the british and american intelligence agencies, this was only a technicallity. The British armed forces had one own building (building M aka. 1455) on the hill and a very high metal grid antenna tower (removed around 1992) for their collection antennas. How the collection and analysis efforts were shared between the two operating countries is currently not entirely clear. Obvious is the common operation of auxillary services (like power, heating, sewer, dining facility etc.). A fascinating difference between the US and British complex on the hill is that the British had three different types of toilets: ladies, normal men and officers. The US forces had to live with just the normal two toilet varieties.

anyway on with the pictures: 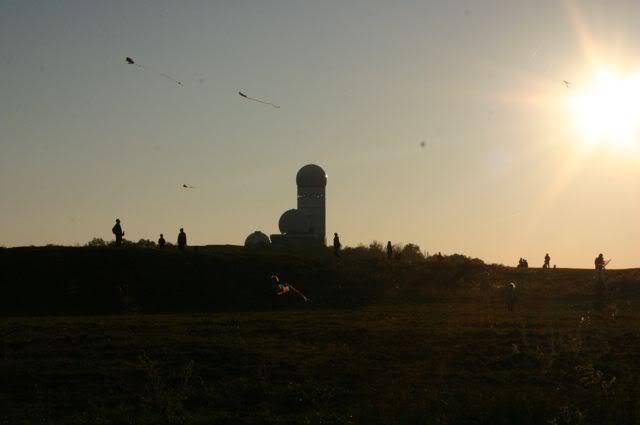 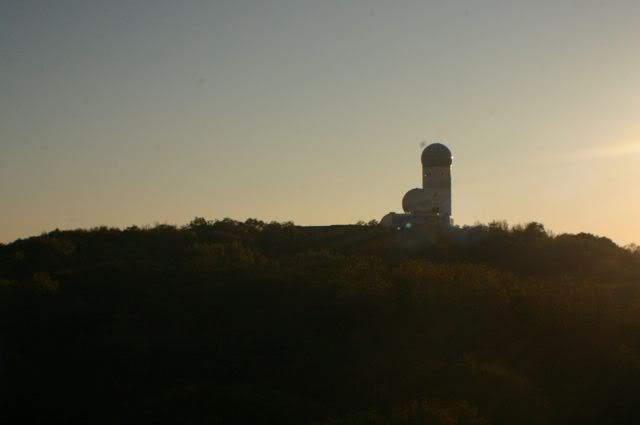 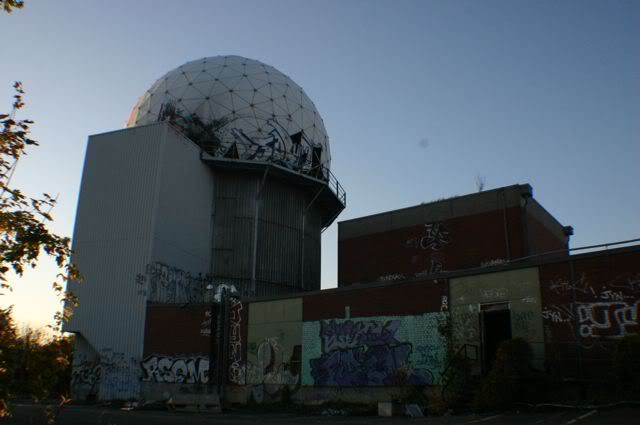 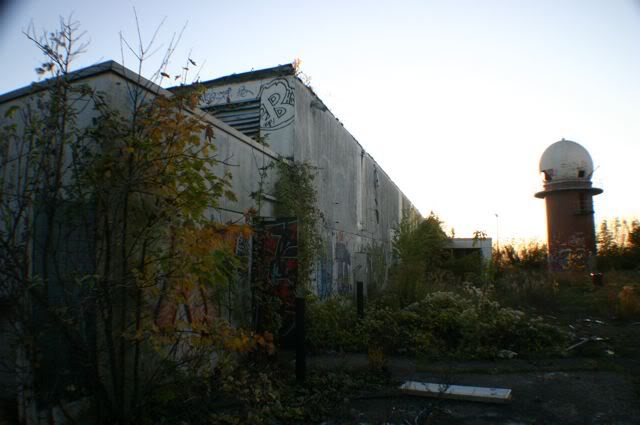 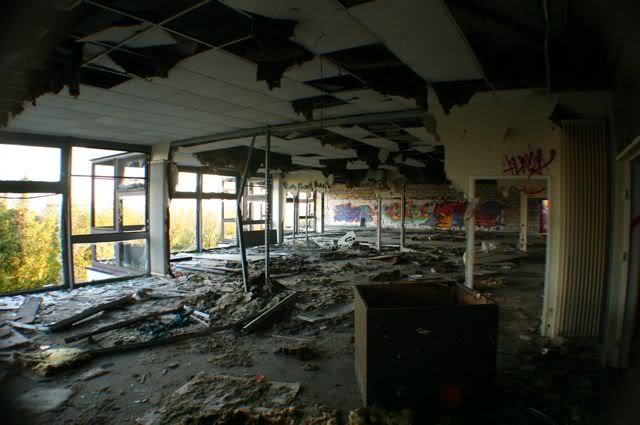 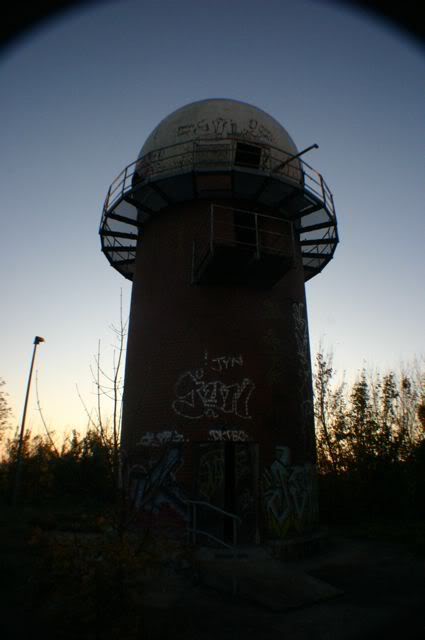 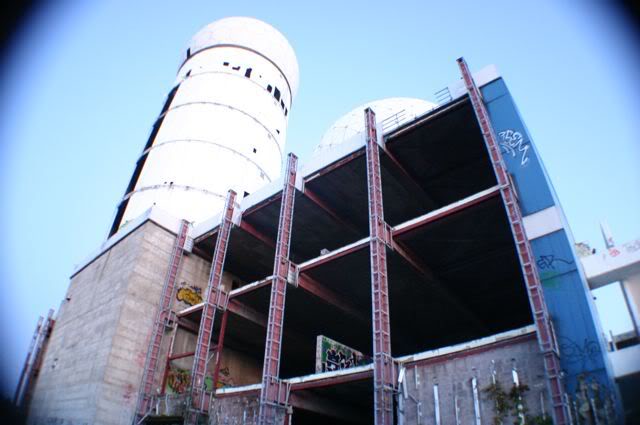 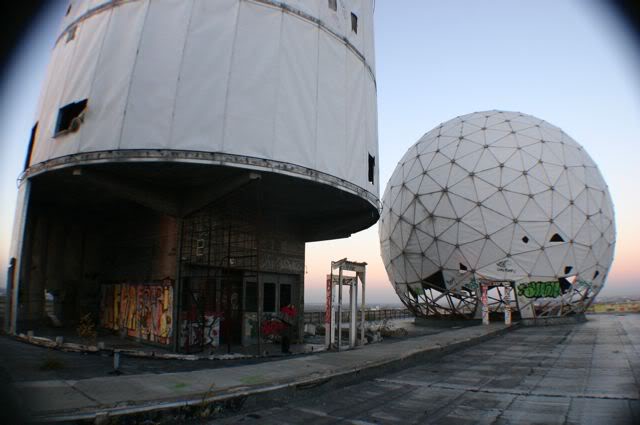 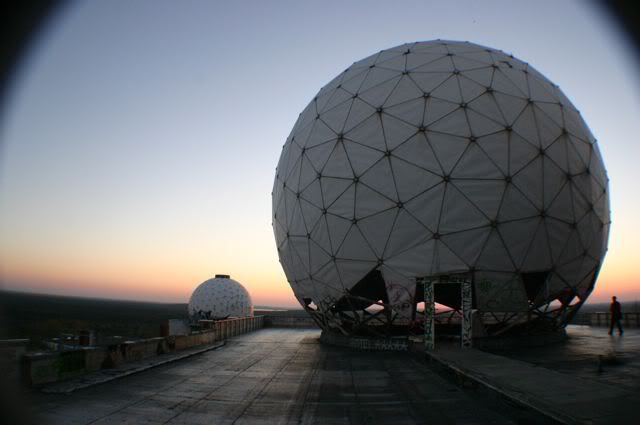 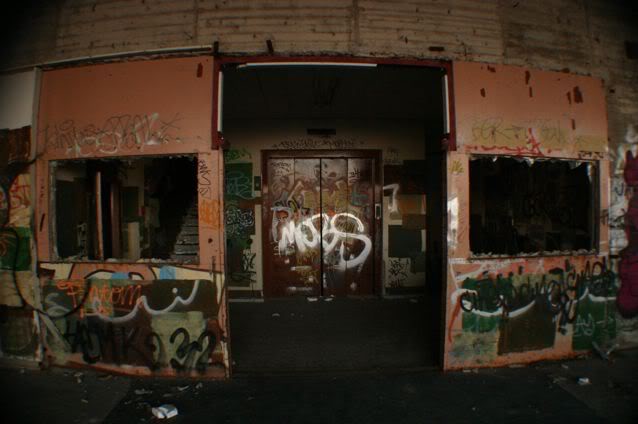 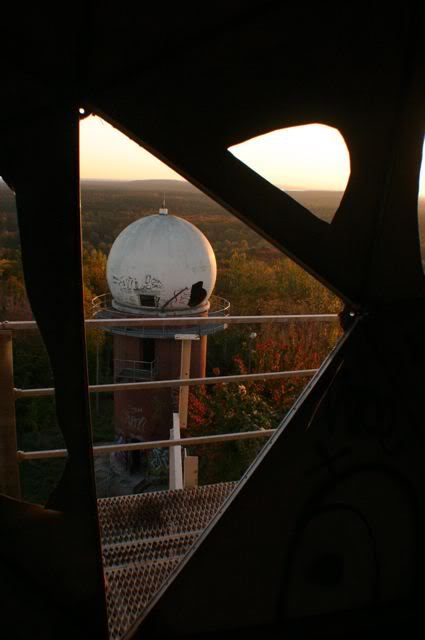 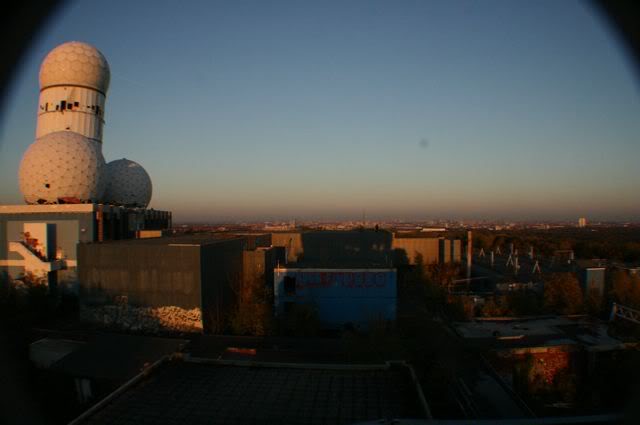