Regular User
An Auxiliary Unit bunker lying in the vicinity of Wilton House, the residence of the Earl of Pembroke - which during World War II was used as the Army's Command Southern Headquarters.

The underground wireless station in Wilton was constructed in 1943/4 as part of a secret military organisation to operate in areas of Britain should they come under German occupation. With the increasing threat of a German invasion in the summer of 1940, the Prime Minister, Winston Churchill, directed that a covert Army unit called ‘GHQ Auxiliary Units’ was to be formed. This has sometimes become referred to as the ‘British Resistance Organisation’ or BRO. The Operational Branch of the unit trained and equipped civilians to carry out acts of sabotage behind enemy lines. A completely separate branch called ‘Special Duties’, to which this station belonged, trained civilian volunteers living in the most threatened coastal areas of Britain to act as ‘observers’ (spies) and report on German military activities from within occupied areas. Observers left their reports in ‘dead letter drops’, which were delivered by runners to hidden wireless stations, called ‘OUT-Stations’. Civilian operators would then transmit the reports to military manned ‘IN-Stations’ outside the occupied area. The wireless networks were set up by Royal Signals from the GHQ Auxiliary Units Signals. The IN-Stations were manned by specially selected signallers or by officers of the Auxiliary Territorial Service (ATS).

Many of these IN-Stations were sited near to the Division or Corps HQs responsible for the operations in that area, and reports were delivered to the nearby HQ by runner or telephone. Initially, IN-Stations worked from wooden huts near to the HQ which they served, but from 1941 onwards many were provided with concealed underground dugouts. These were equipped with rations, water, sanitation and power supplies so that if the Germans occupied the surrounding area, they could remain concealed and operate in isolation for up to 21 days. Considerable ingenuity was used to conceal the entrances via trap doors and locking mechanisms. Special ventilation systems were built to provide fresh air in the dugout and to disperse foul air, generator exhaust fumes or cooking smells while muffling the sounds of activity and the noise of the generators. Aerials were concealed in nearby trees and the feeder cables were hidden under the bark. If access was gained into the dugout by the enemy, a layer of security was provided by heavy concealed doors, which gave time for the crew to destroy sensitive material and hopefully escape via a special tunnel with a hidden exit.

Royal Signals set up 20 wireless networks, each with an IN-Station (sometimes called a Control or Zero Station) to collect the intelligence reports transmitted from the OUT-Stations, which in most cases were near to the coast. Initially, the wireless coverage was in Kent, Surrey and East Anglia but there was a steady expansion northwards up the east coast, eventually to Sutherland and Caithness. The networks also expanded westwards along the South Coast from Hampshire through Dorset, East Devon, Somerset and along the South Wales coast. The station at Wilton appears to have been operational in a hut from March 1942 or earlier and evidence suggests that Wilton was the only command HQ to eventually have underground facilities. Contemporary documents indicate that the dugout was constructed in late 1943 and early 1944, when the threat of invasion was extremely low although there was still the possibility of German airborne or seaborne raids, but only near the coast. A reference to a 'super station' by Senior Commander Beatrice Temple (ATS) in her diary, probably refers to the station at Wilton: it is approximately three times the size of any other known IN-Station and accommodated 8 or 9, rather than 3, operators.

This IN-Station is of particular significance as it was an ‘Inner Network’ Station (collecting intelligence via IN-Stations rather than directly from OUT-Stations) serving the headquarters of the Army Southern Command, which had requisitioned Wilton House for its HQ and was responsible for the coastline from Portsmouth westwards to Lands End, and along the Bristol Channel into Gloucestershire. Documentary evidence in the National Archives (WO199/1194 ) shows it had direct wireless links from IN-Stations at Blandford covering the Dorset coast and Winchester covering Hampshire, plus another link to Coleshill, which gave indirect access from IN-Stations covering Somerset and East Devon. Coleshill House was the headquarters of the Auxiliary Units.

The station is constructed in a pit, approximately 3 to 4 metres deep, with a concrete slab. The principal structure is on an approximate north-south orientation, 10.3m long and 3m wide, with corrugated iron shelters forming the walls and roof, and standing on concrete plinths. The area is subdivided by block partitions, which also support the walls and roof. There are timber door lintels and architraves, and where they survive the doors are timber plank. The wireless operations area is the largest space within station and has three timber operating positions fitted to the west wall, partitioned with timber and asbestos board. Above the desks, cabling lighting, powering the wireless sets and aerial connections remains in situ. The cabling runs north to the generator and battery room and south to a small cooking area, partitioned off from the operations area. A concrete partition and timber door lead to the generator room to the north. At its west end is a concrete exhaust silencer with an attached exhaust pipe that connects with a flue pipe, which exits through the north wall of the station. The glazed pipe exits the ground to the north of the station and is visible above ground. To both sides of the exhaust silencer box are bolts in the floor that were used to fix down two petrol-driven 300 Watt generators for charging and lighting batteries.

In the south-east corner of the main operations area, behind a further concrete partition, there is the entrance to an escape tunnel. The tunnel is formed by a 1.06m diameter concrete pipe, 17m in length. It leads to an escape shaft constructed of concrete and brick and covered by a post-war steel grille at ground level. A further 1.06m diameter tunnel runs 5.1m at 90 degrees (south) from the escape shaft to a square chamber containing a steel tank and two air vents. The air vents suggest that Elsan chemical toilets may have been situated here.

In the south-west corner of the main operations area is a small partitioned cooking area with a timber desk. To the south of the cooking area is a sleeping area with an intact timber bunk with steel mesh base to the west wall; the east bunk is collapsed. The upper bunks have been removed, although battens for their support remain.. To the south, a concrete step up to a timber plank door leads to an accommodation or living space. The eastern part of this room is partitioned by a concealed door and wall, separating it from a corridor to the entrance. The concrete block-lined corridor leads east then south to the entrance lobby. Timber posts and beams support the block walls of the lobby, which is roofed by a thick reinforced concrete slab that was installed in July-September 1944. An opening has been cut in the slab to provide a new roof opening, which is lined with timber.

1. The wireless bunker lies in woods and can be located by looking for two grills 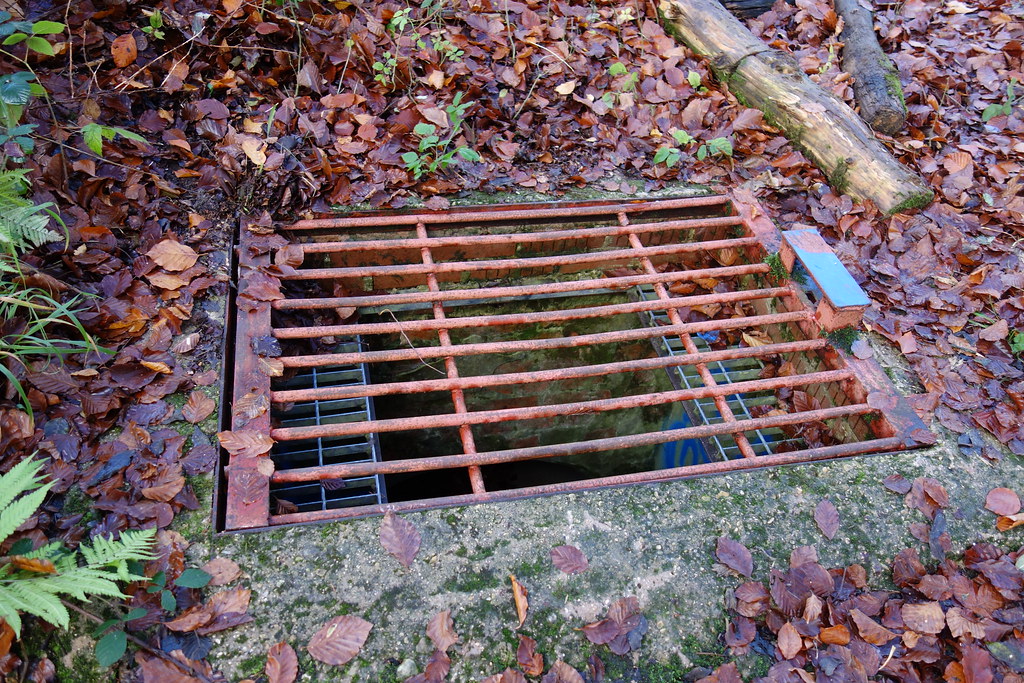 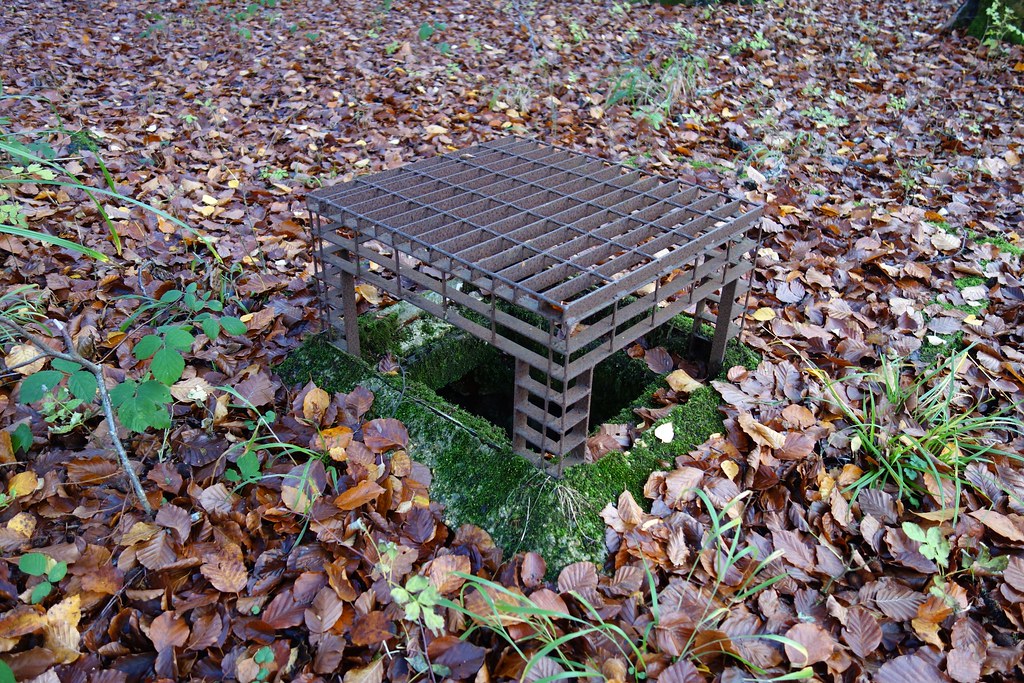 3. A short passage leads to the main entrance 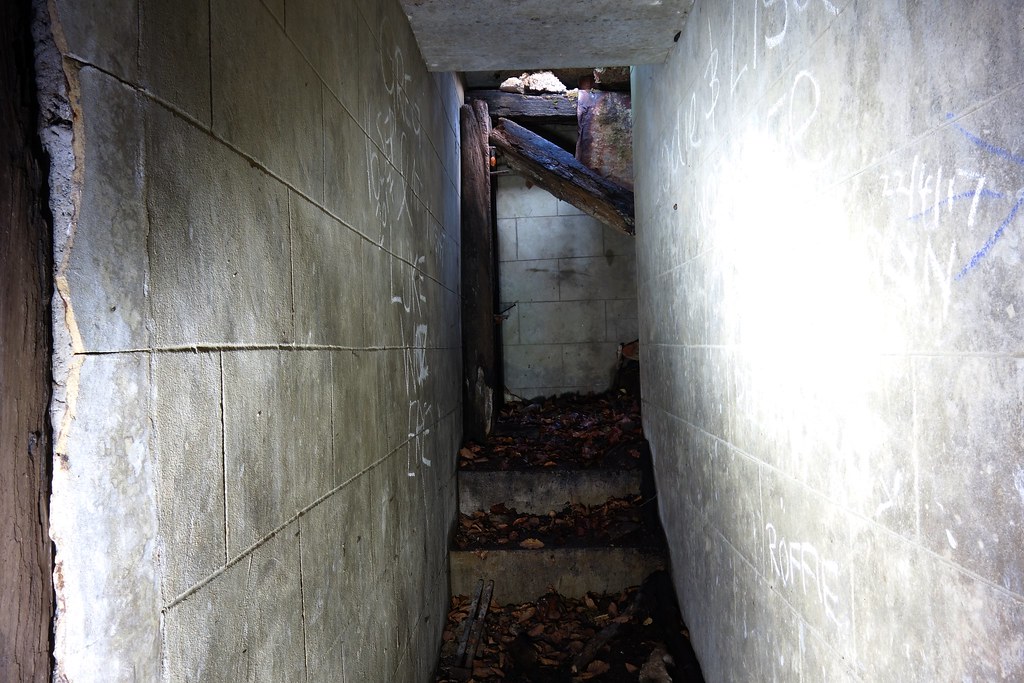 4. Entering the bunker and the first room is the living quarters with one bed still in reasonably good condition and the remains of second bed in pieces on the other side 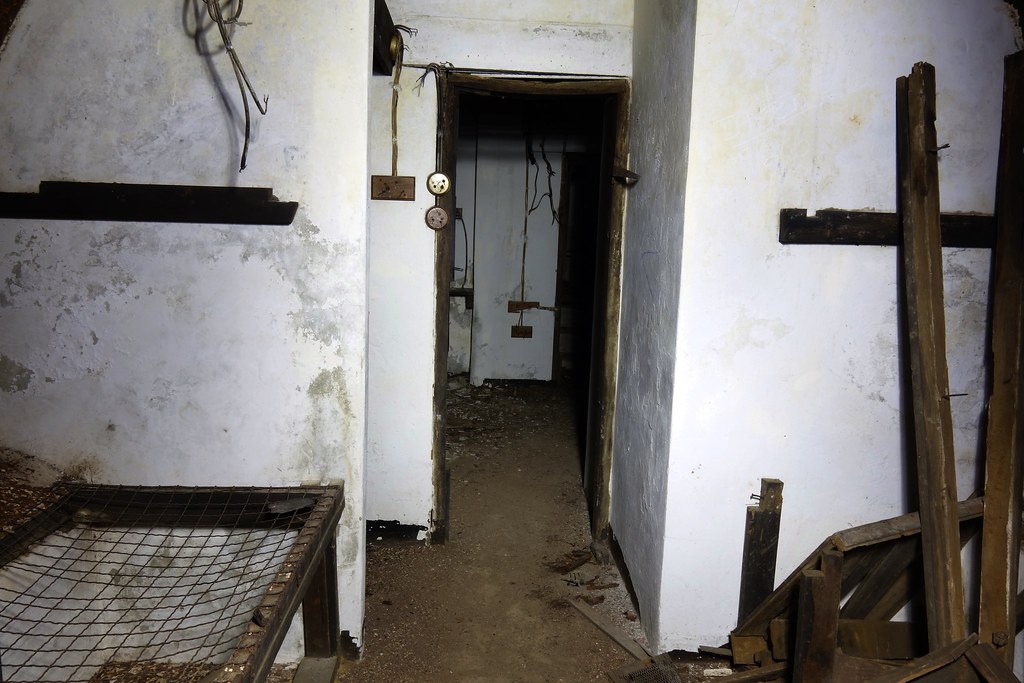 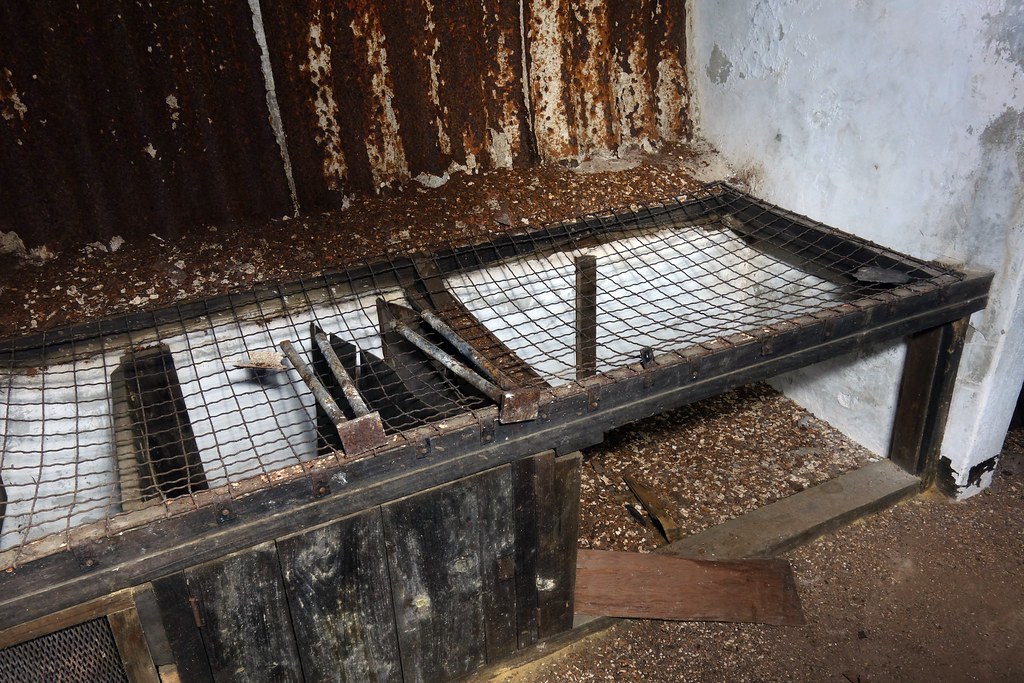 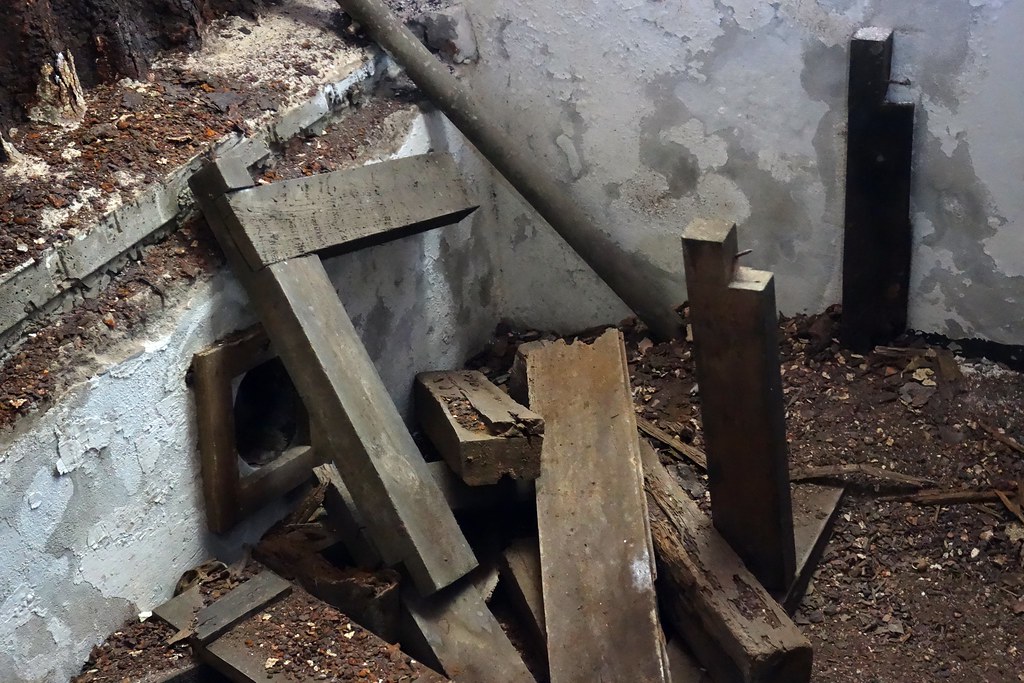 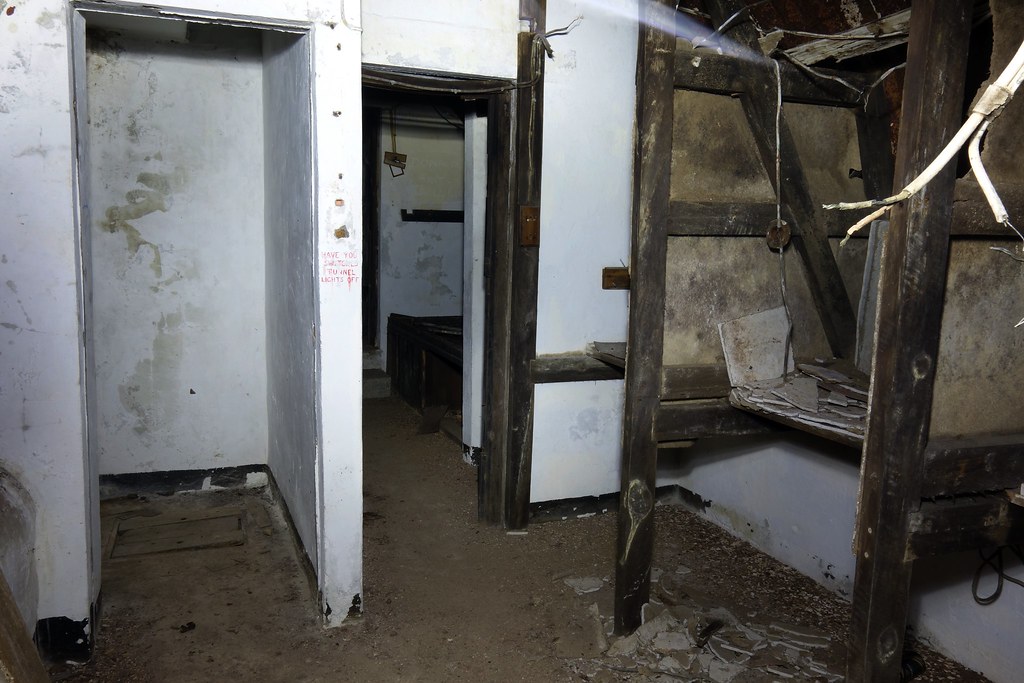 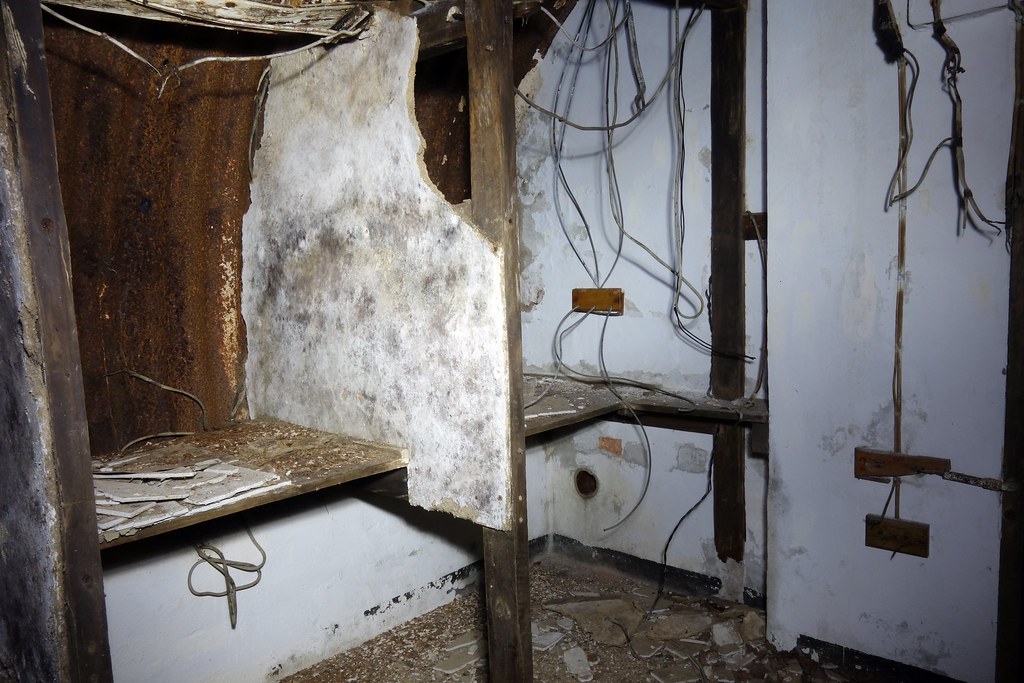 9. Detail of an one of the booths 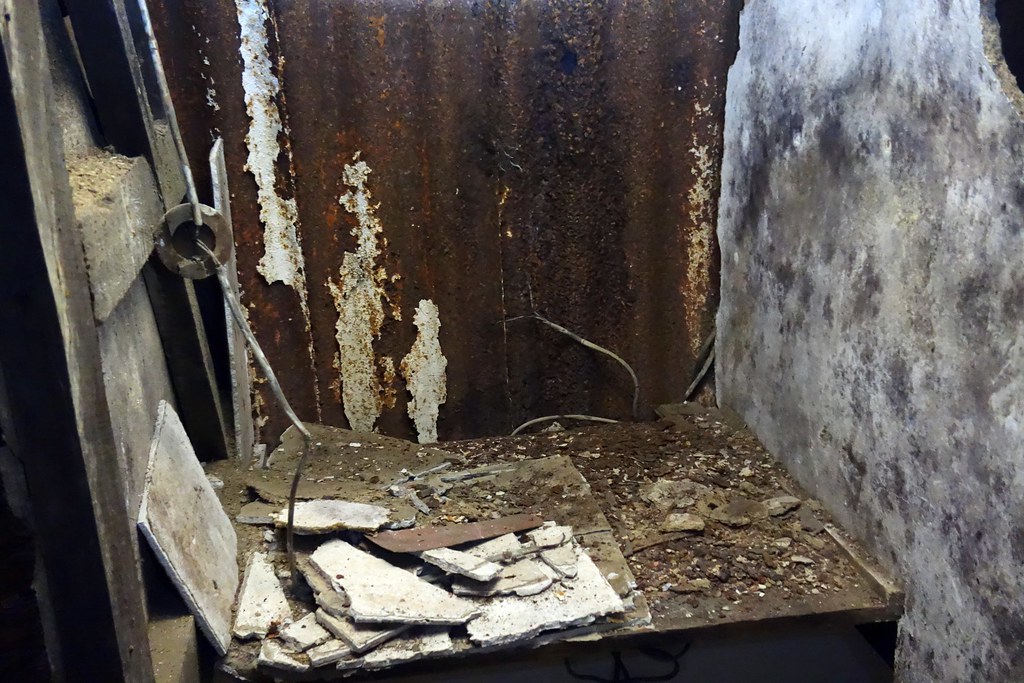 10. The passage way continues up a short flight of steps 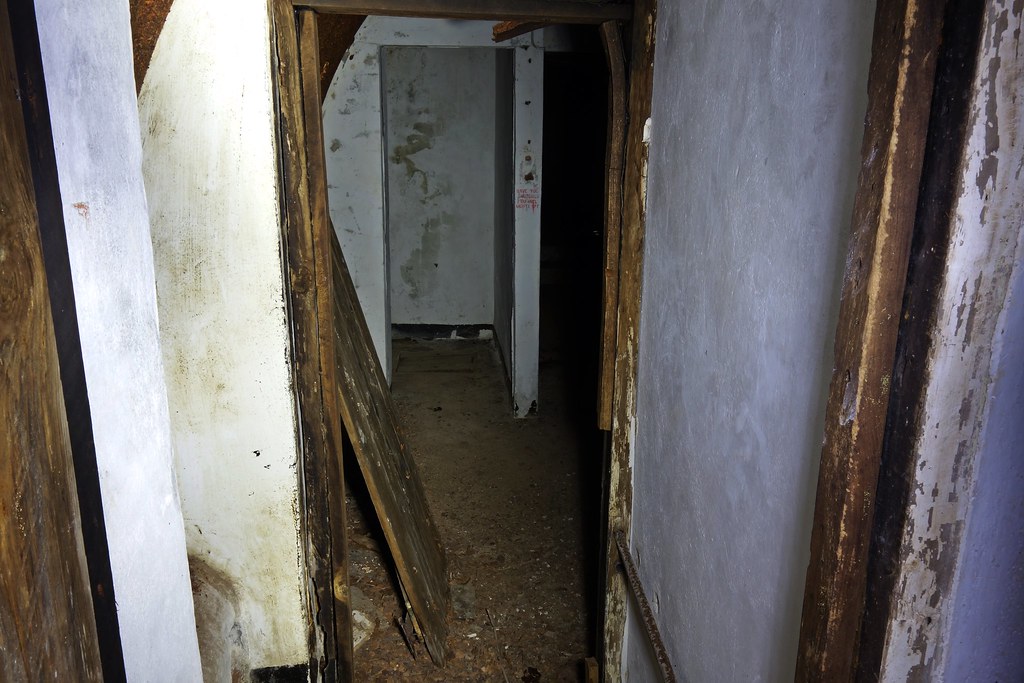 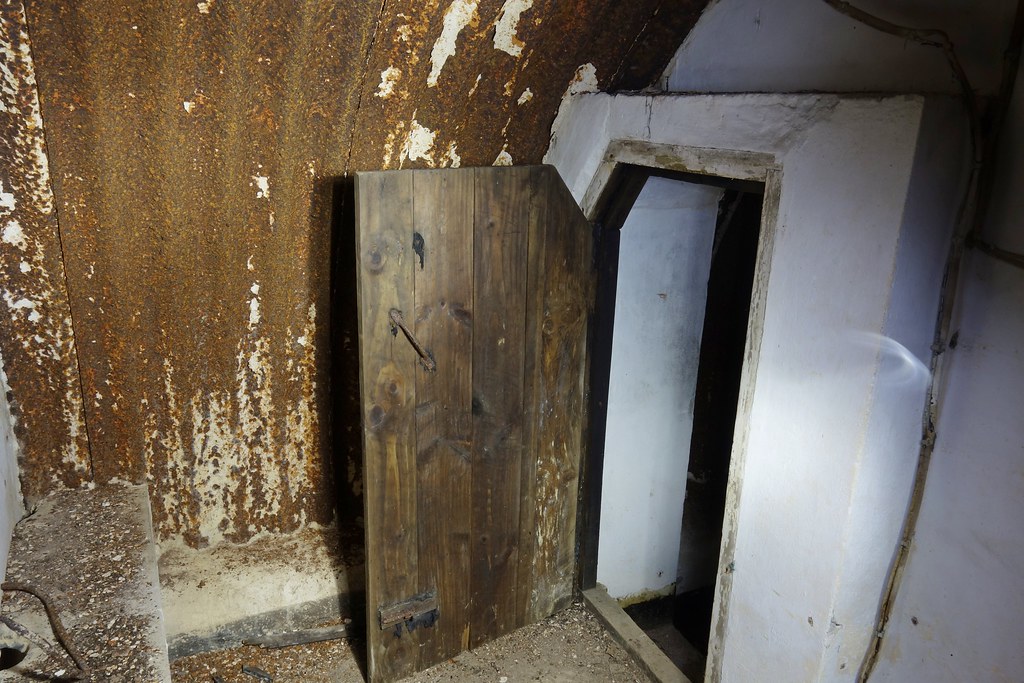 12. Leading to the third room which was for a generator 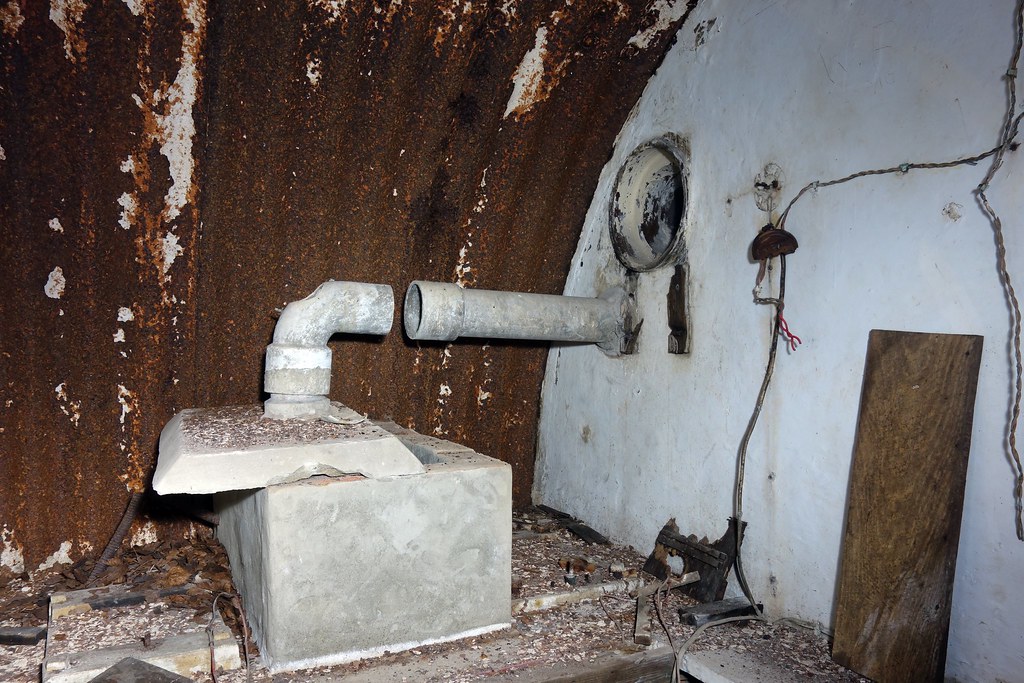 13. Returning to the wireless operations room, there is a doorway leading to the escape tunnel 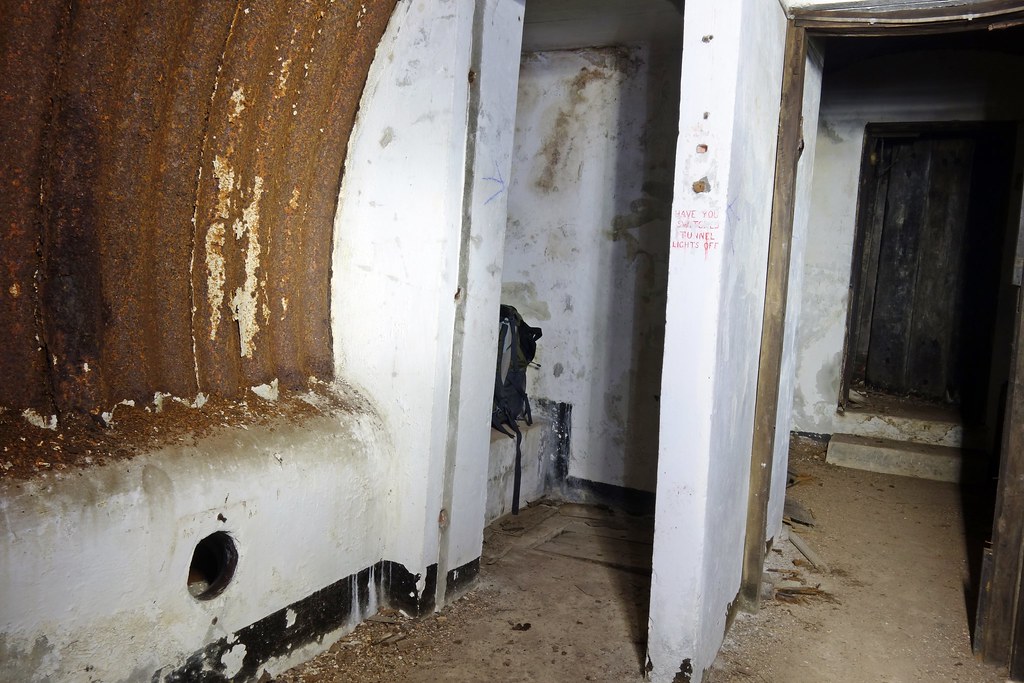 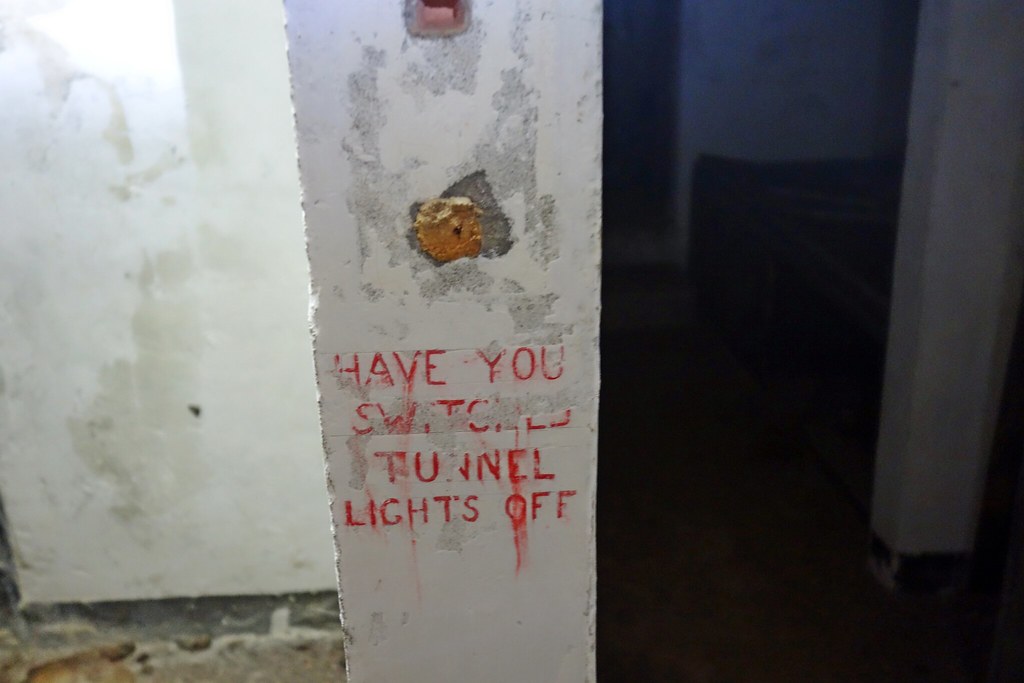 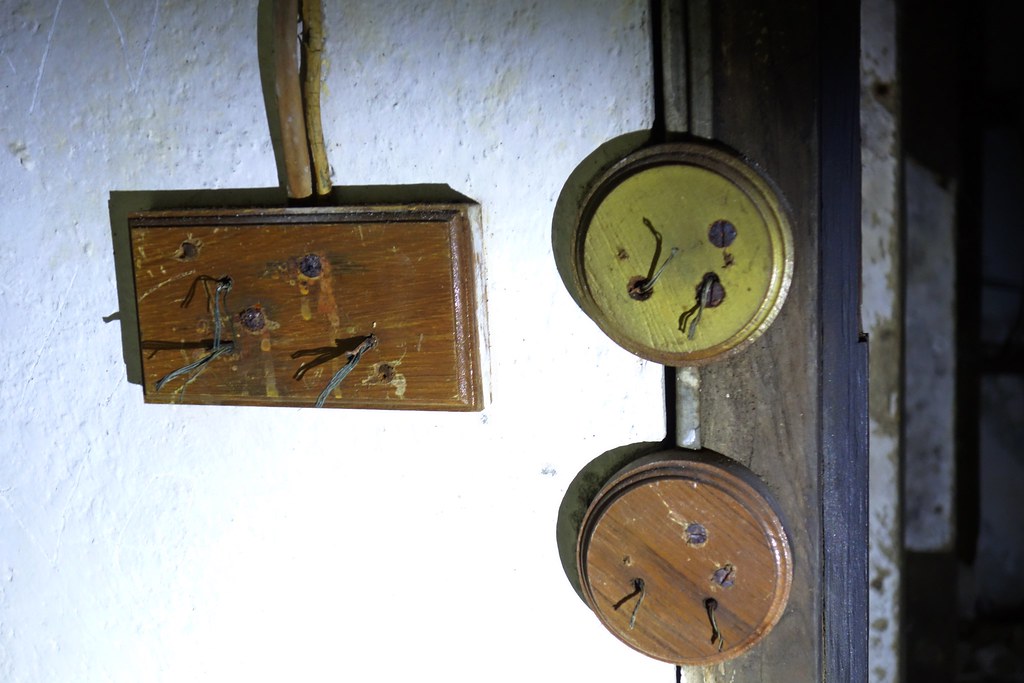 16. Finally, the escape tunnel which is about 17m long about 1m in diameter and leads to a hatch. A junction in the tunnel leads to a space with a water tank and chemical toilets. It was blocked. 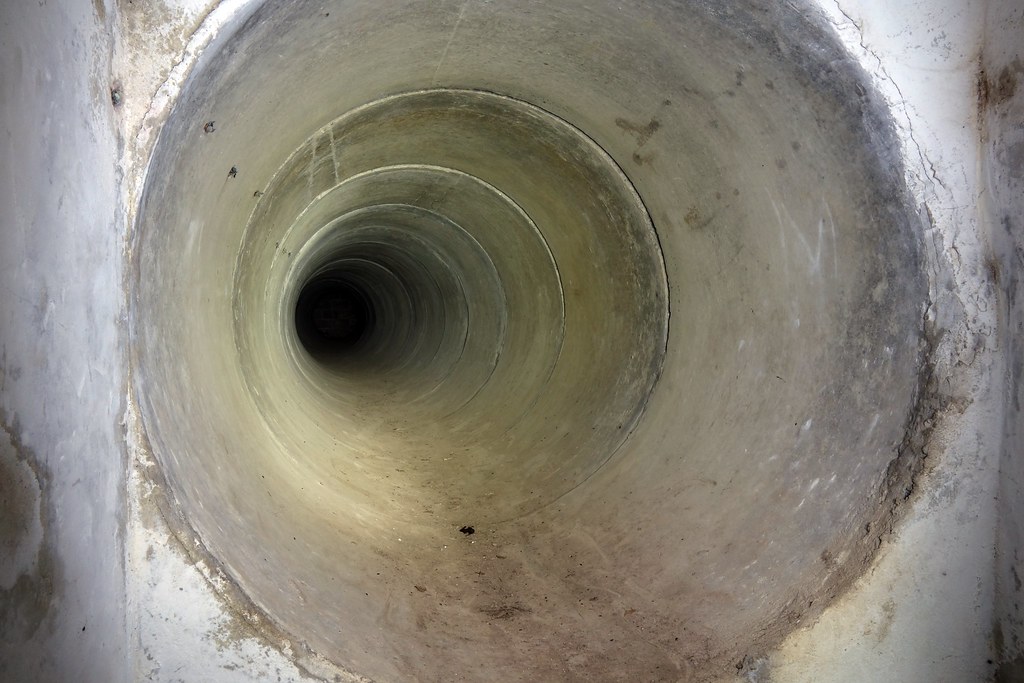 Regular User
nice find that mate and enough features to make it rather interesting.

Regular User
Probably the best preserved example of any Aux unit base there is? Great stuff just trying to figure out when I can get there

Regular User
Bit annoyed I wasnt able to make this so I'll probably pop in next week sometime.
-Needs a tripod and a decent torch.

Regular User
Wow that's in incredible condition. Can't imagine too many of these look even remotely this good still.
http://gromexplores.co.uk/

Looks unchanged since OT did it

Regular User
Probably one of the best ones left, great to see.

Regular User
No point doing another thread for this, so I'll leave these here. 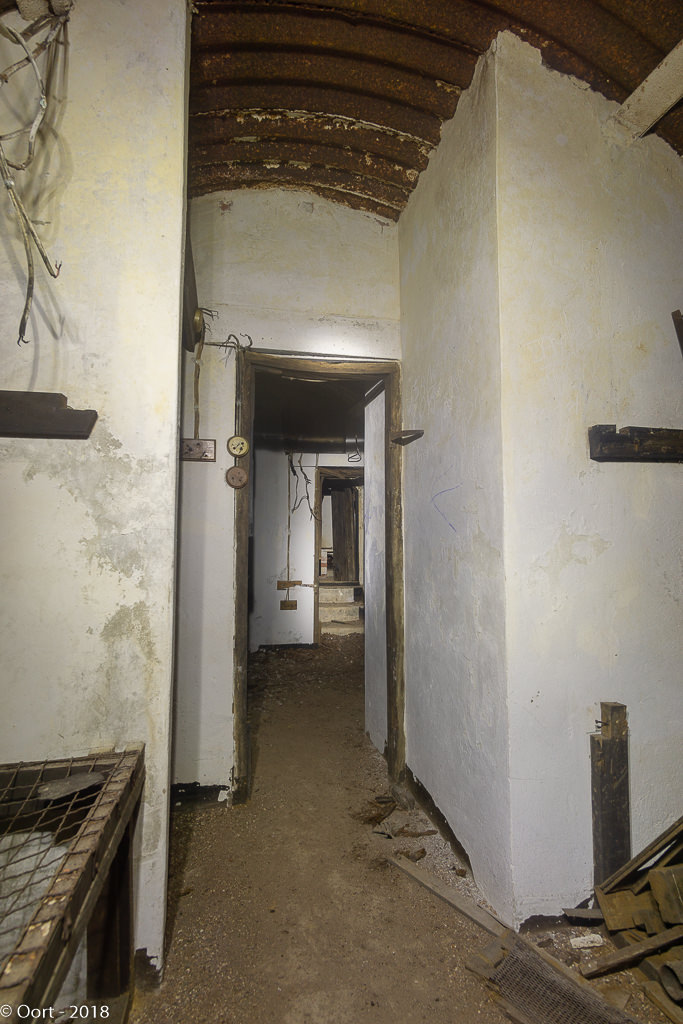 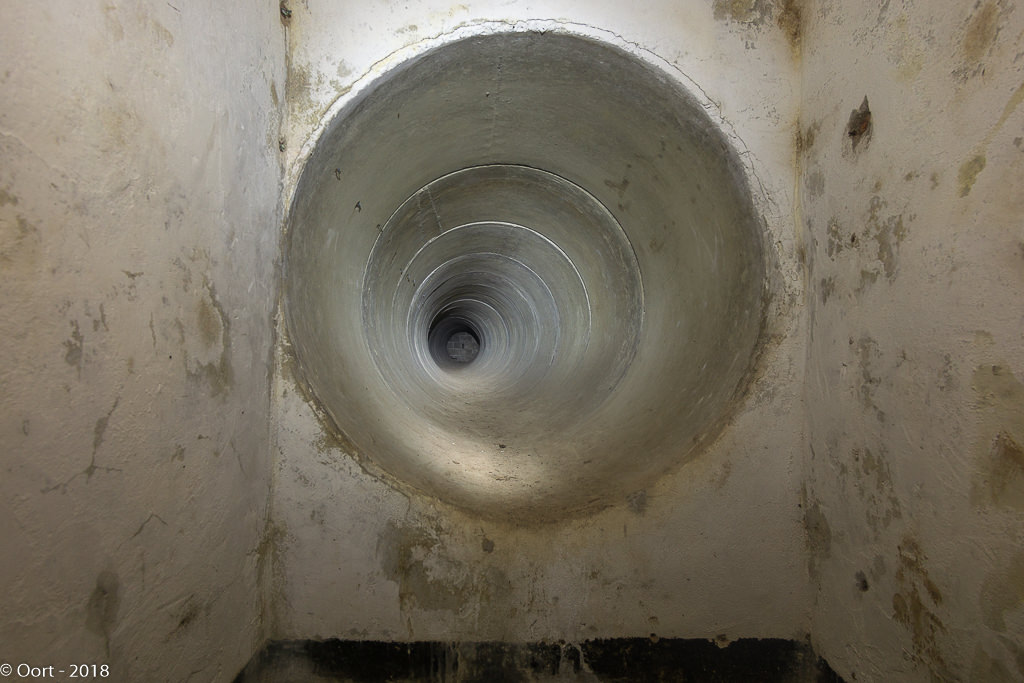 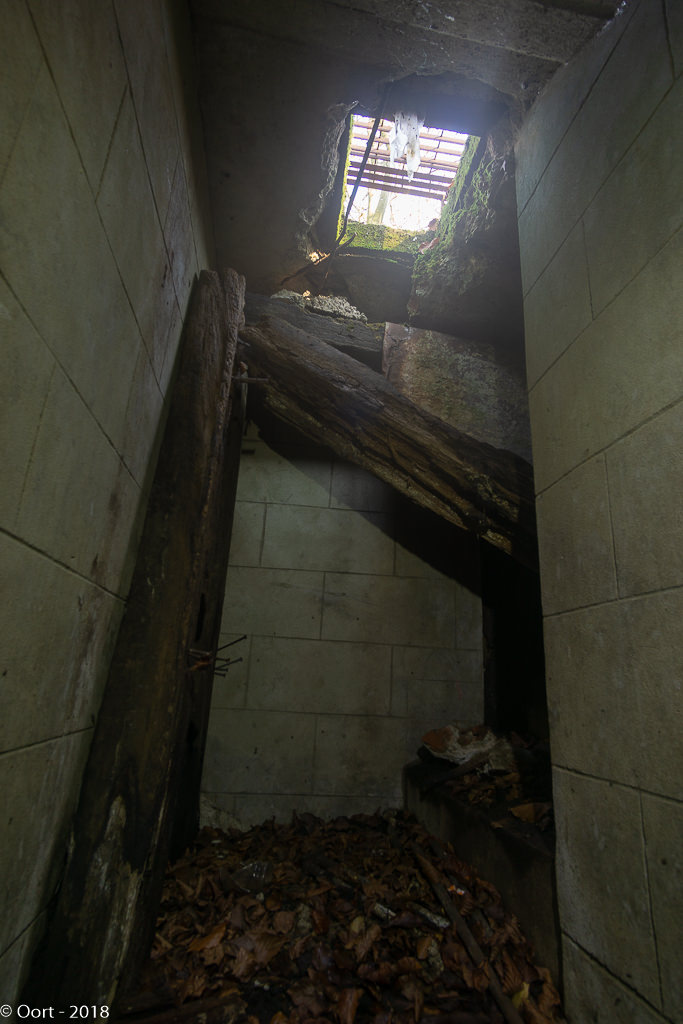