28DL Full Member
Dogged reminders of global conflict sit on a plain near Bicester in Oxfordshire.

Upper Heyford is the best preserved Cold War base in Britain, with hundreds of fascinating concrete structures, and there's always something new to discover. 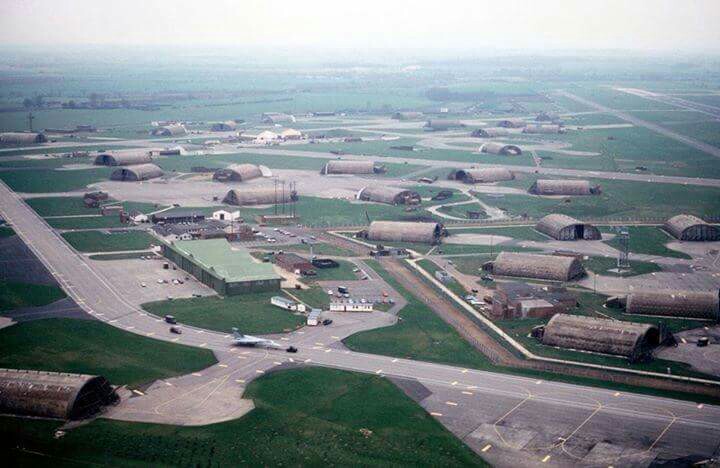 The RAF base was allocated to the USA's Strategic Air Command in the 50s. Its purpose was to retaliate with bombers to any Soviet nuclear strike, which would lead to mutually assured destruction.

Tension must have been high during the Cuban missile crisis of 1961 when the end of the world looked possible—it would have started from here. But by the late 60s America's focus had shifted toward places such as Vietnam, and development here slowed for a time.

Then in the 70s, they pursued a more 'flexible response' strategy, and F-111 bombers arrived. The Arab-Israeli War had shown unprotected aircraft were vulnerable to attack, so they built new bombproof hangars and buildings.

Building number 299 – Avionics
The aircraft electronics facility is in the south-west of the airfield, near the main vehicular entrance. The nature of the work meant nothing magnetic was allowed in. 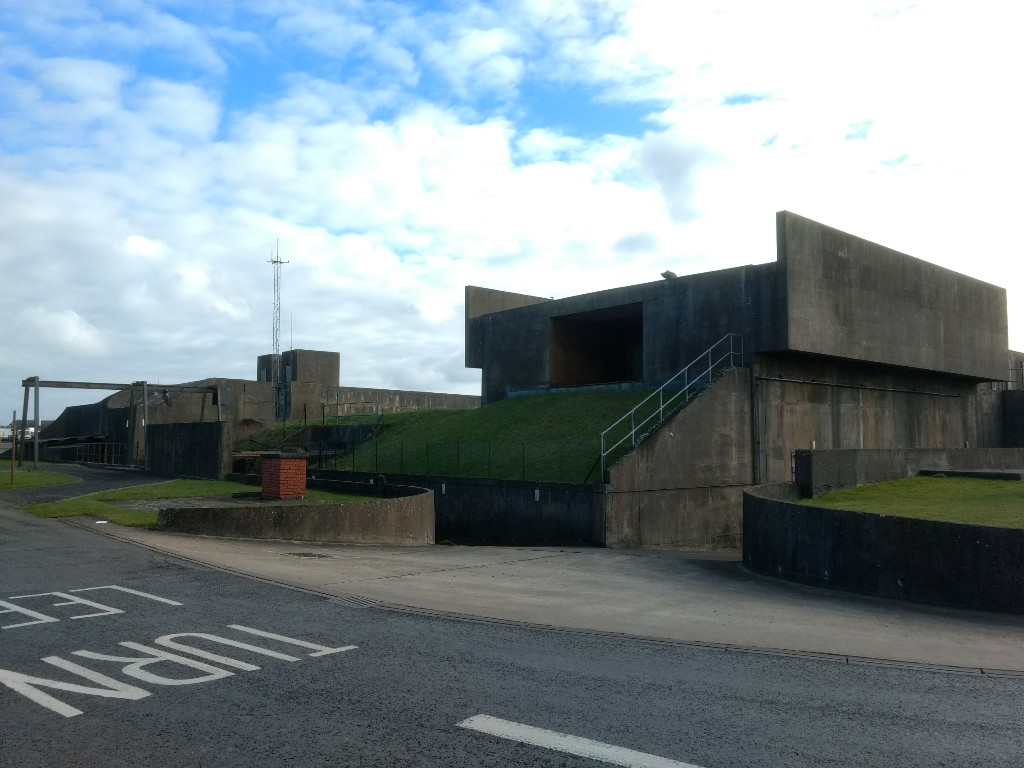 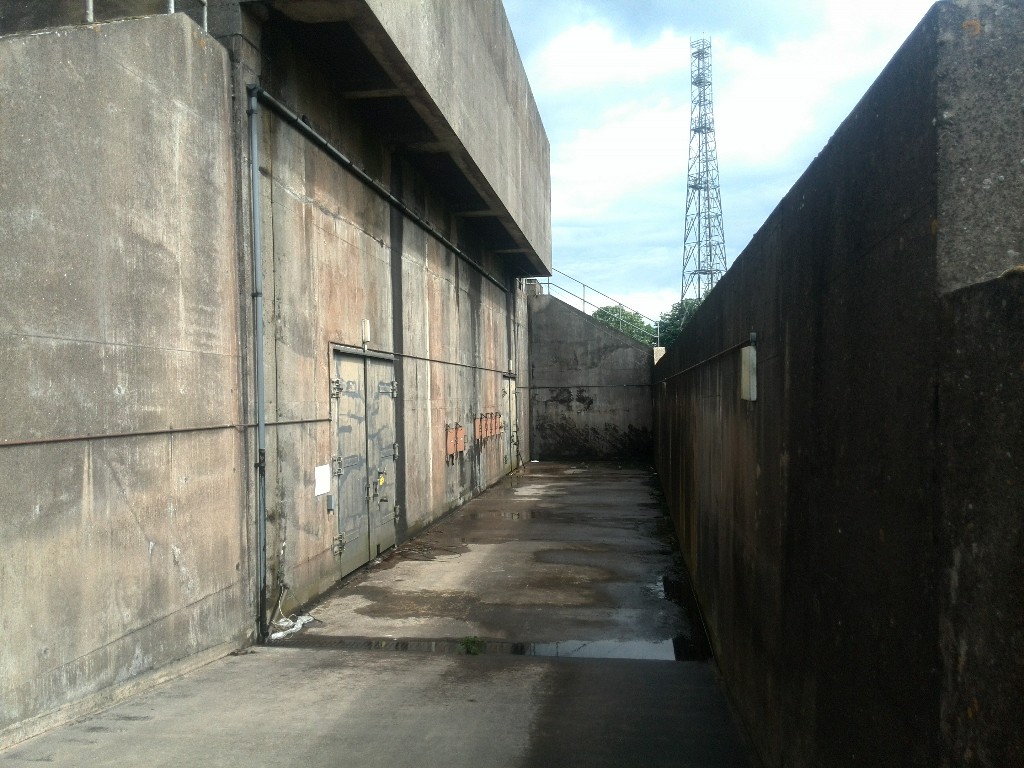 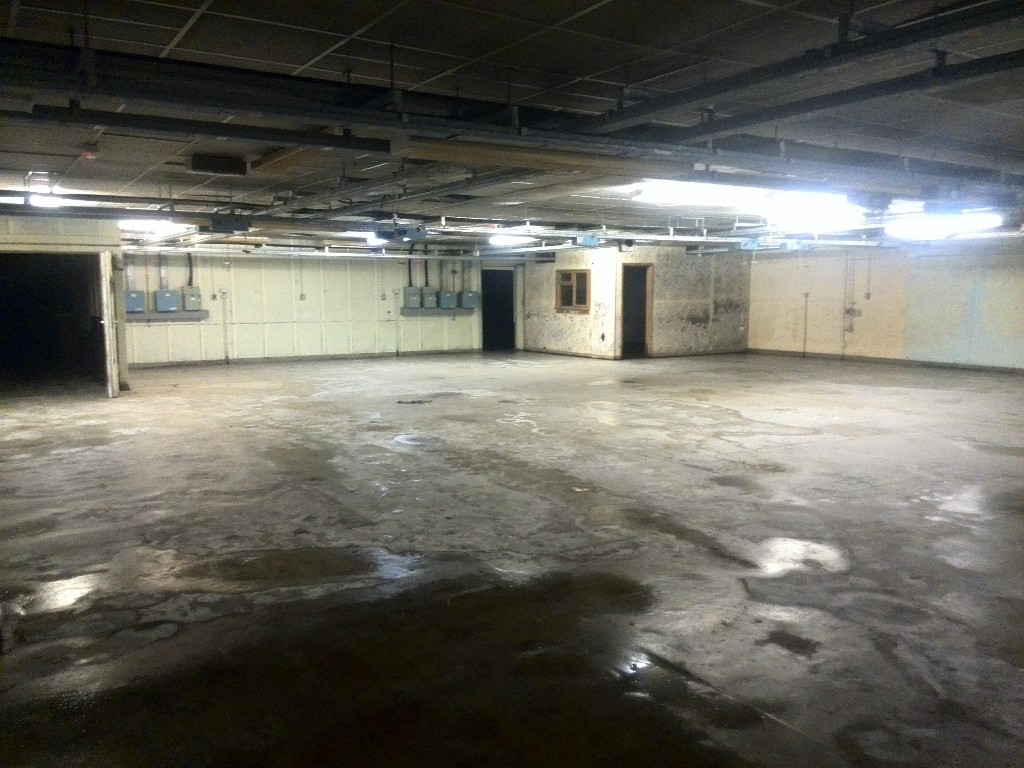 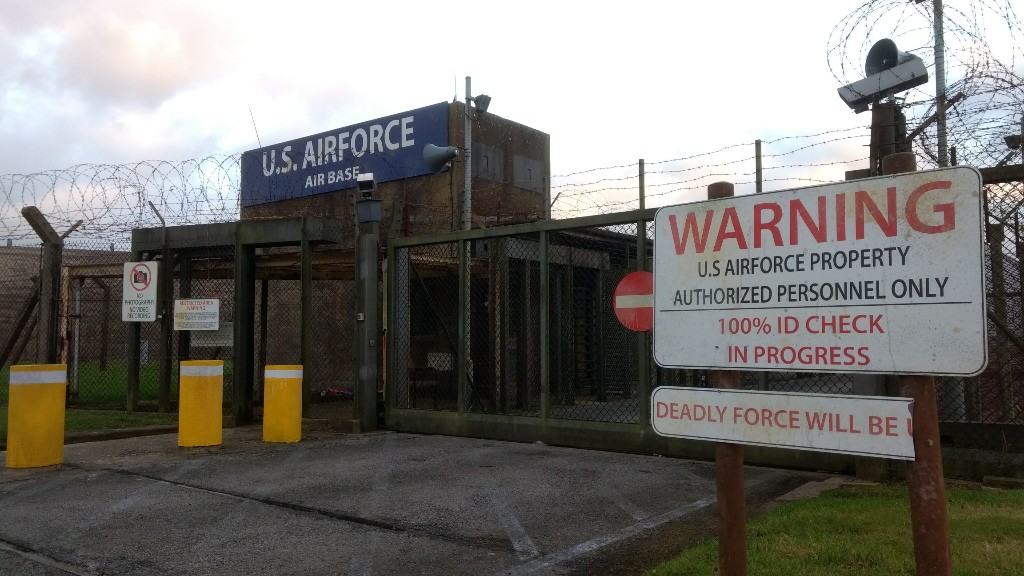 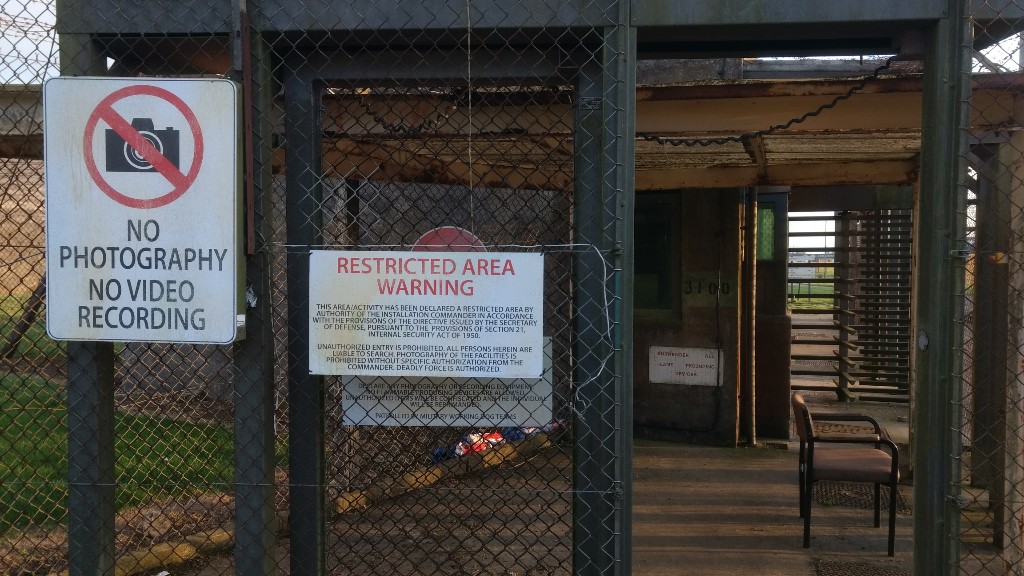 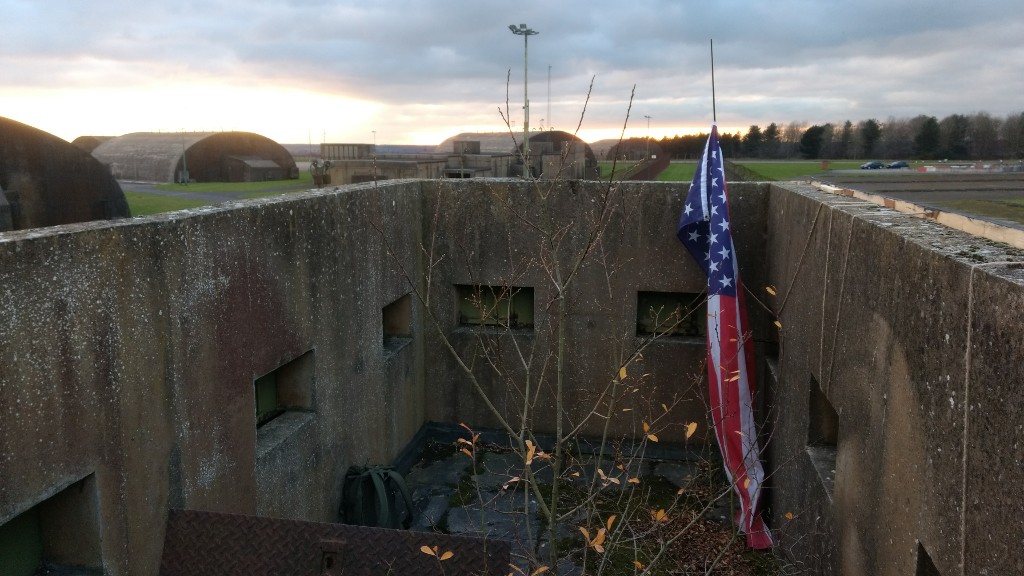 2010 – QRA Command Centre
The command centre for the planes on standby. 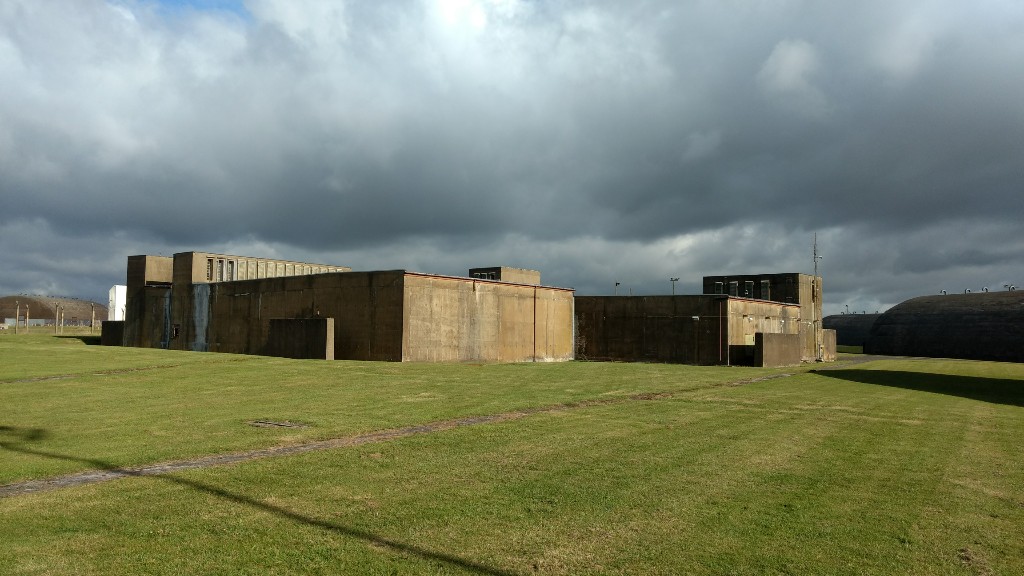 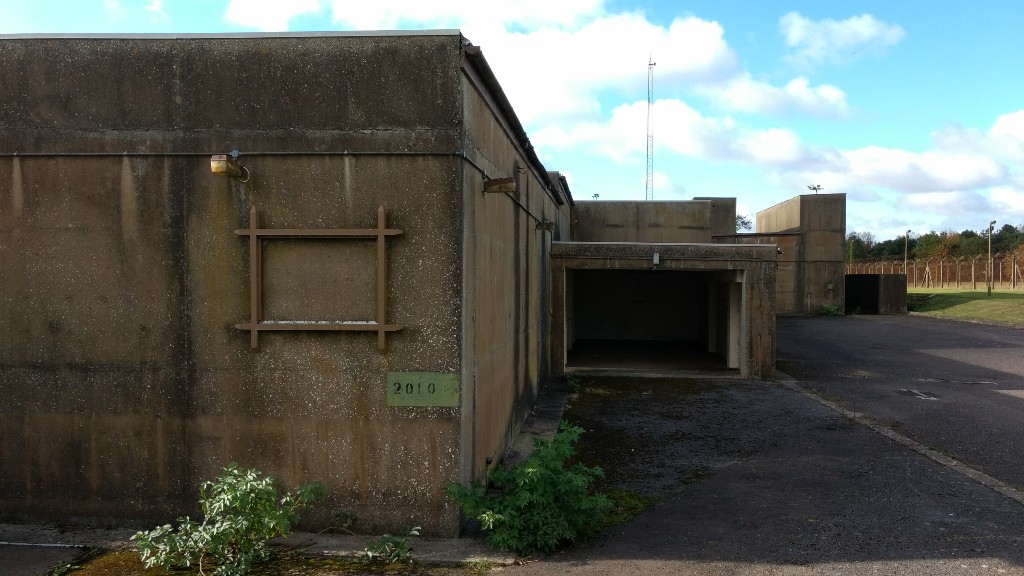 234 – 55th Aircraft Maintenance Unit
Just north of the QRA area is one of the squadron headquarters. Staff looking after the standby aircraft worked here. Historic England gives this one a separate listing, thanks to its completeness and good condition. It's now part of a police training area. 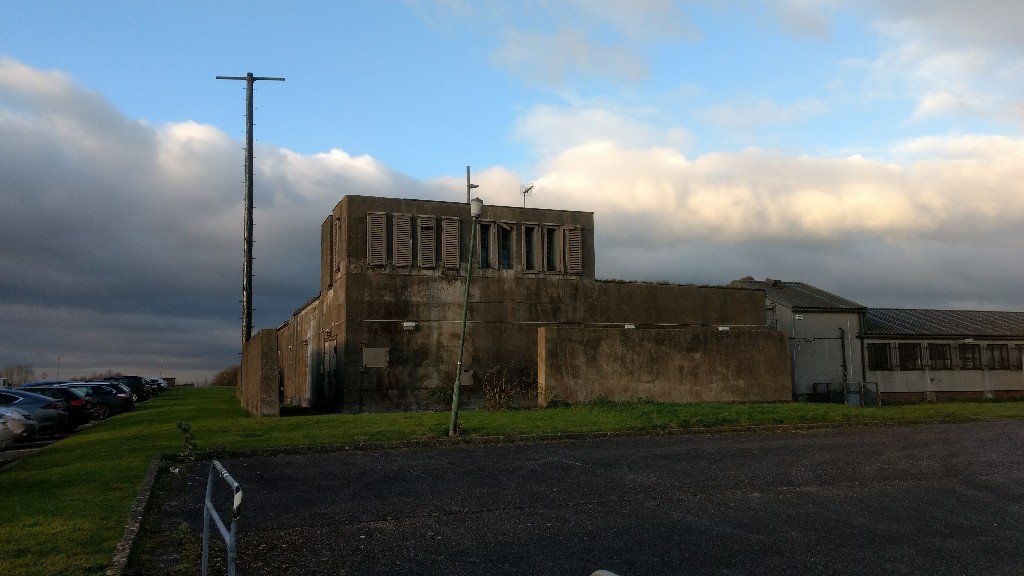 383 – 42nd Electronic Countermeasures Squadron HQ
This is newer than the other three squadron HQs, with a different design. Like the others, it has a normal entrance and a 'dirty' one, connected to decontamination showers for anyone coming in with radiation. 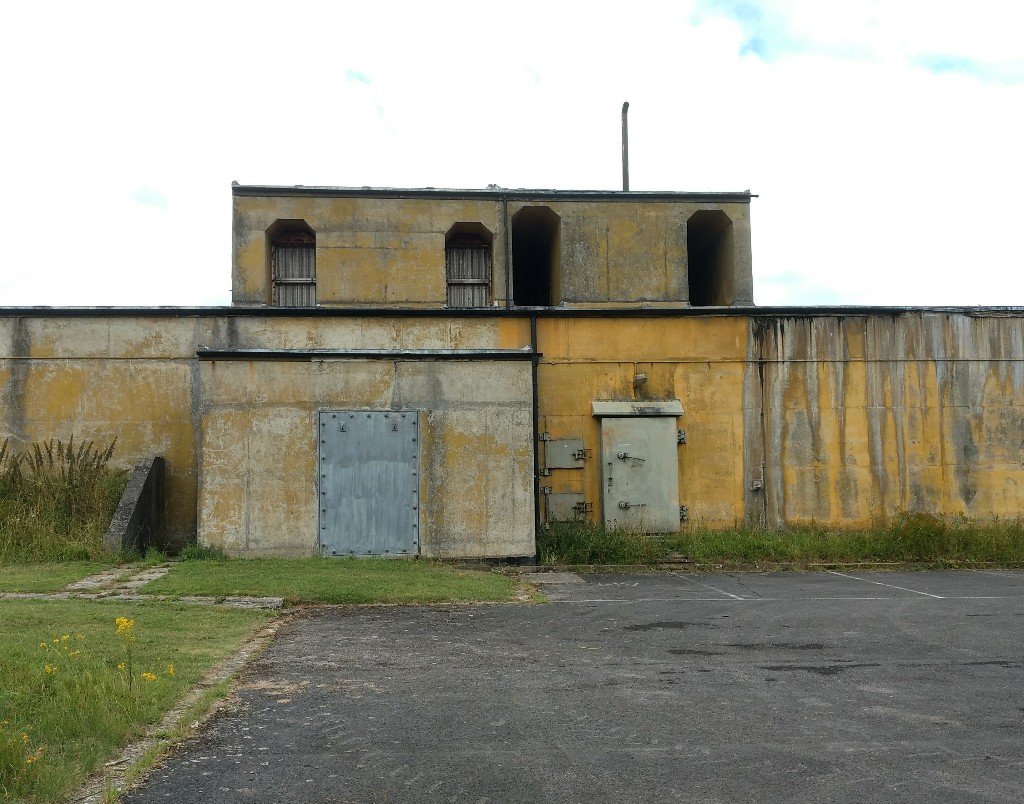 209 – 77nd Tactical Fighter Squadron HQ
Now occupied by a business, it's identical to the 55th and 79th squadrons' buildings. 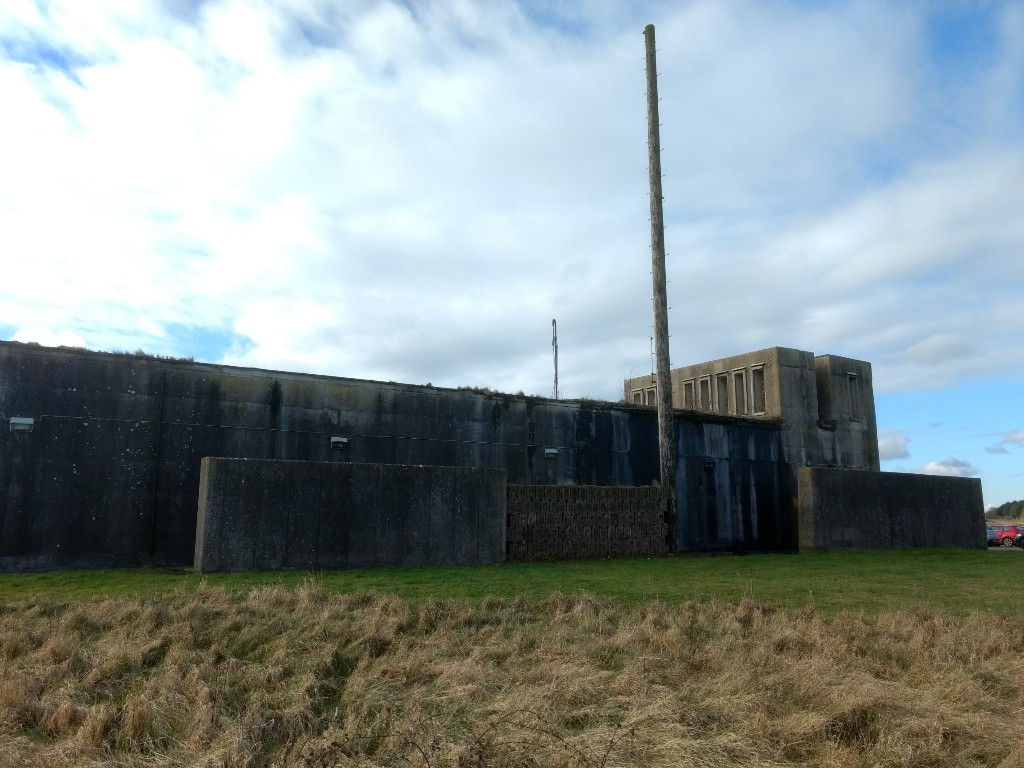 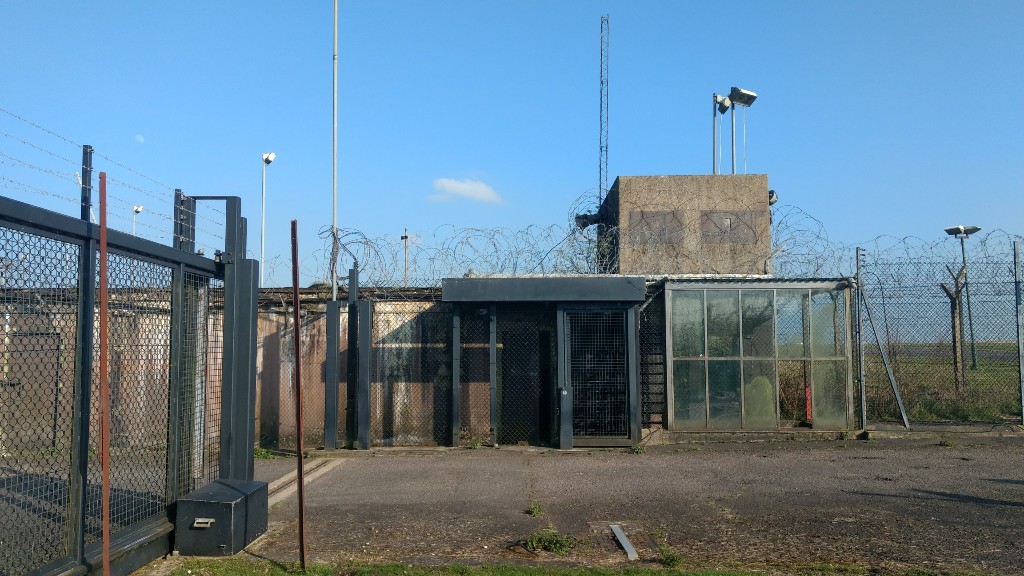 1017 – Trigger Store
This held the capsules, or trigger mechanisms for the nukes. 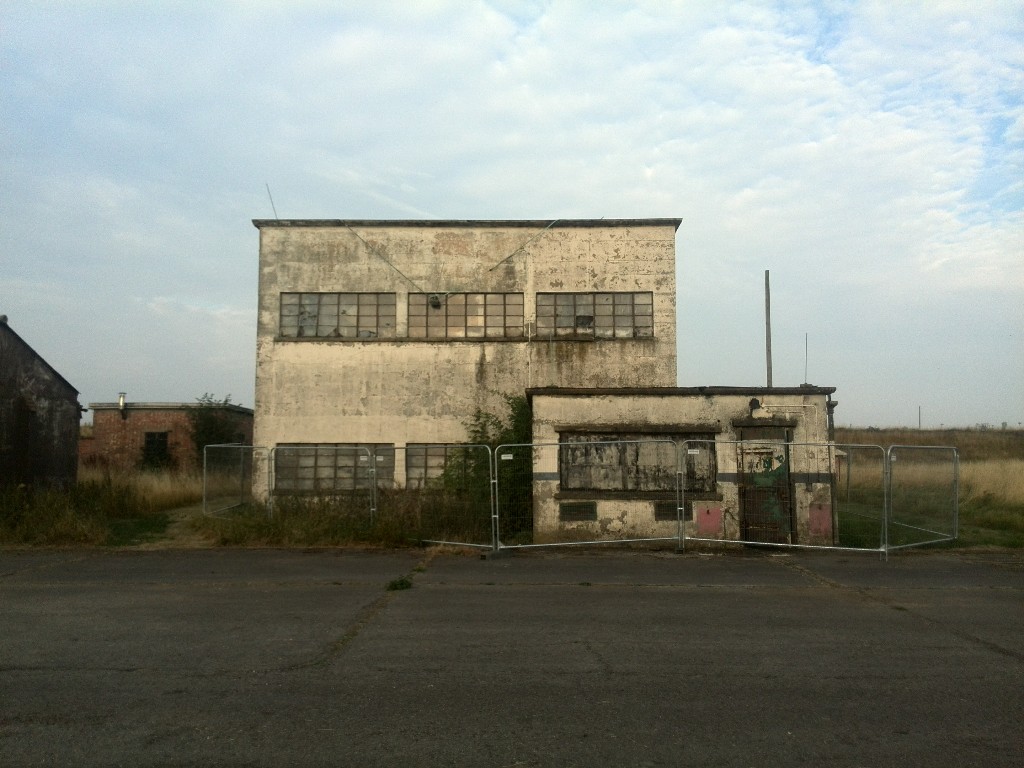 The windows are fake, to make it look like an office. According to Historic England's 2017 "A reassessment of the flying field Conservation Area" report,


It is […] a solid concrete block, with a small, secure interior vault where nuclear capsules, or triggers might be stored. The capsules were held in pressurised tubes within a rectangular, open, tubular frame, known as a "Birdcage", and kept in the vault in open lockers about 0.91cm square. The vault might house up to 30 devices.​ 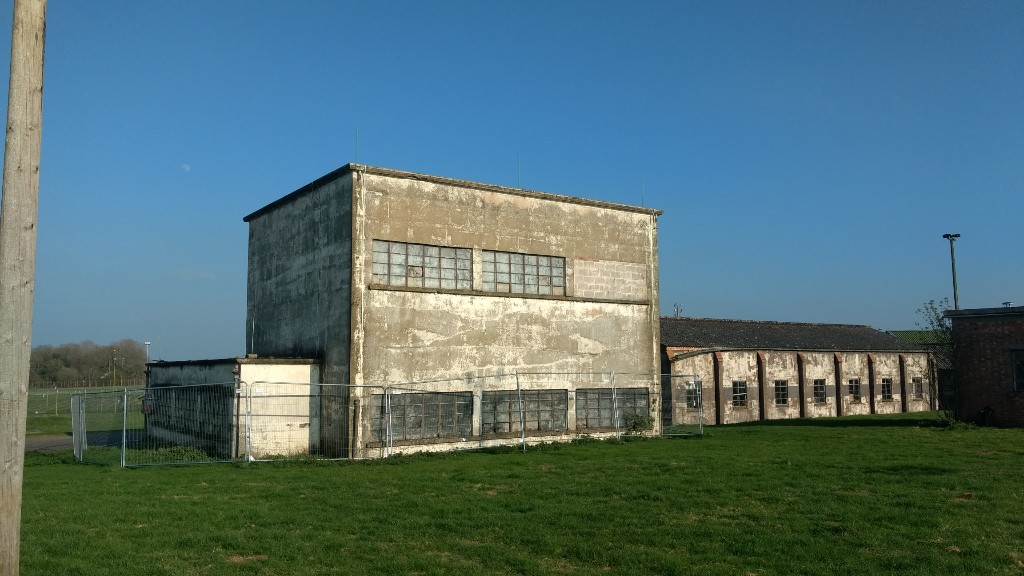 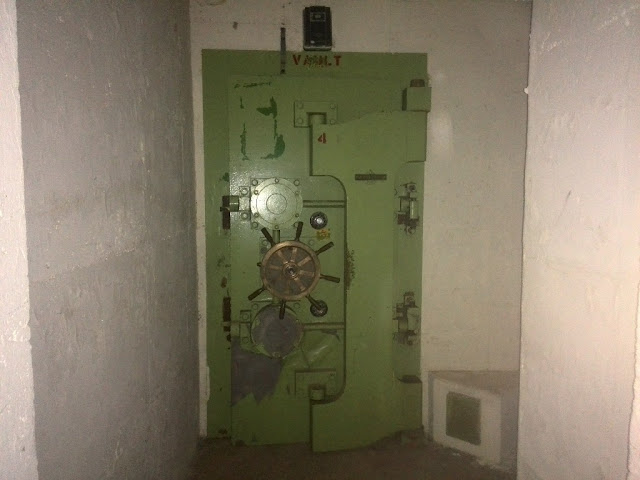 370 – 79th Tactical Fighter Squadron HQ
Within the car distribution area in the south, this is one of the least taken care of buildings at the base. Nature is taking over. 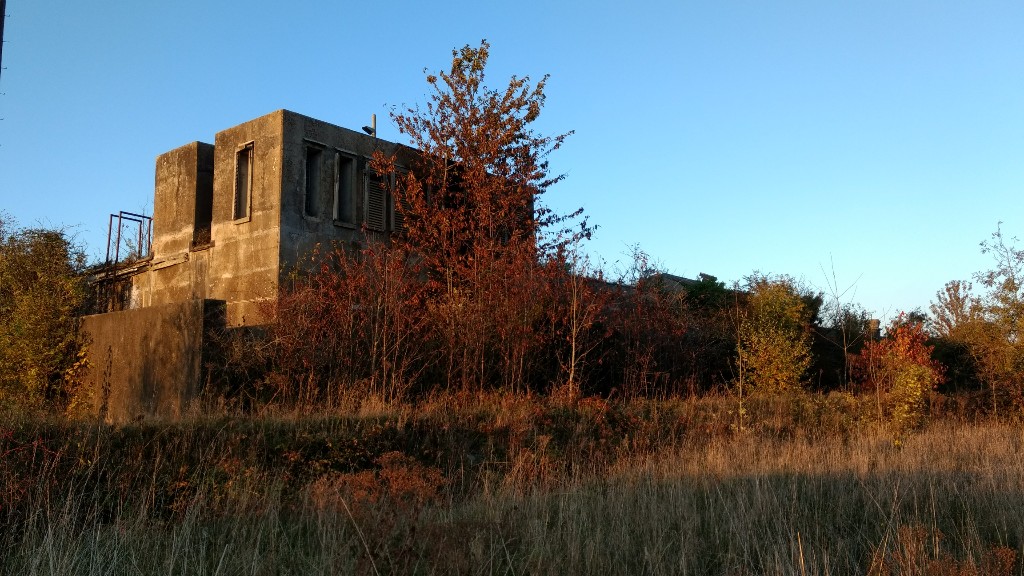 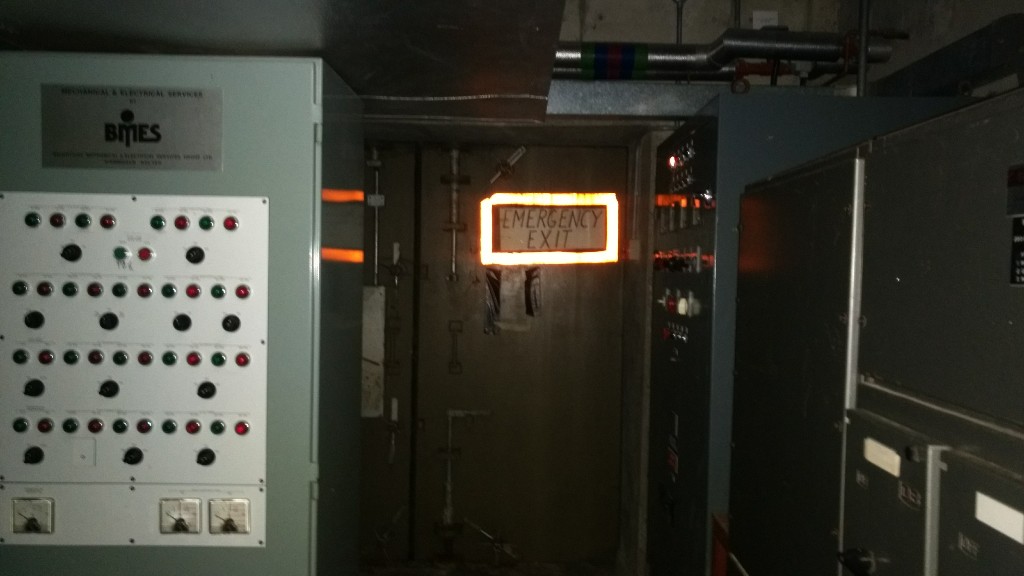 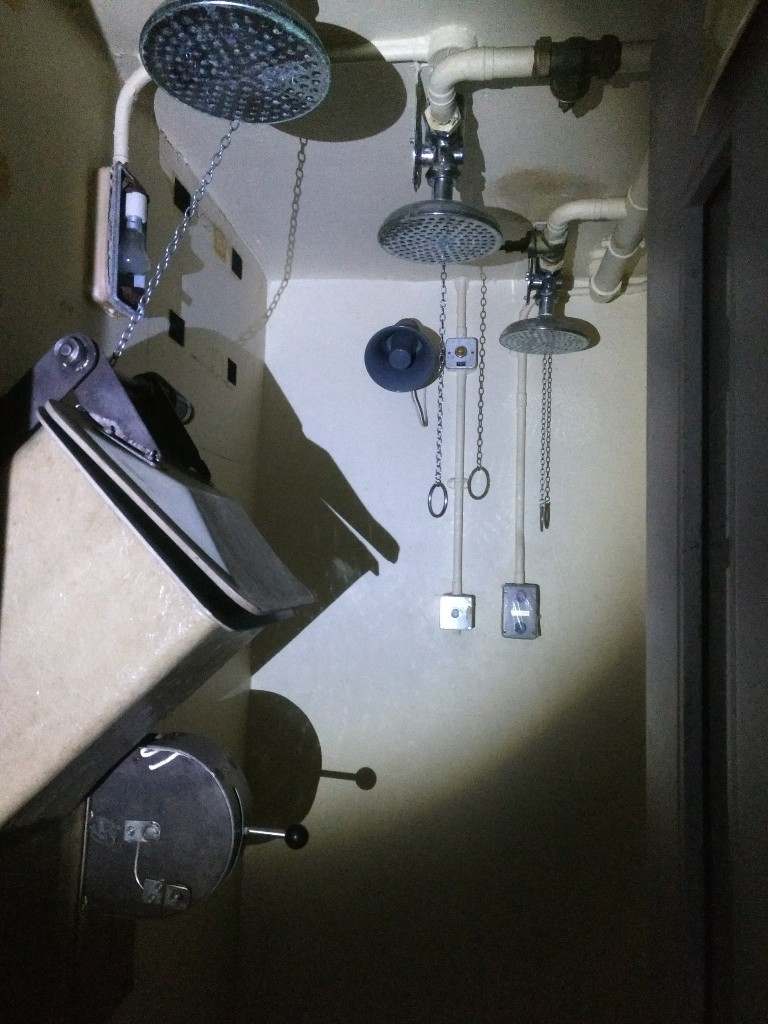 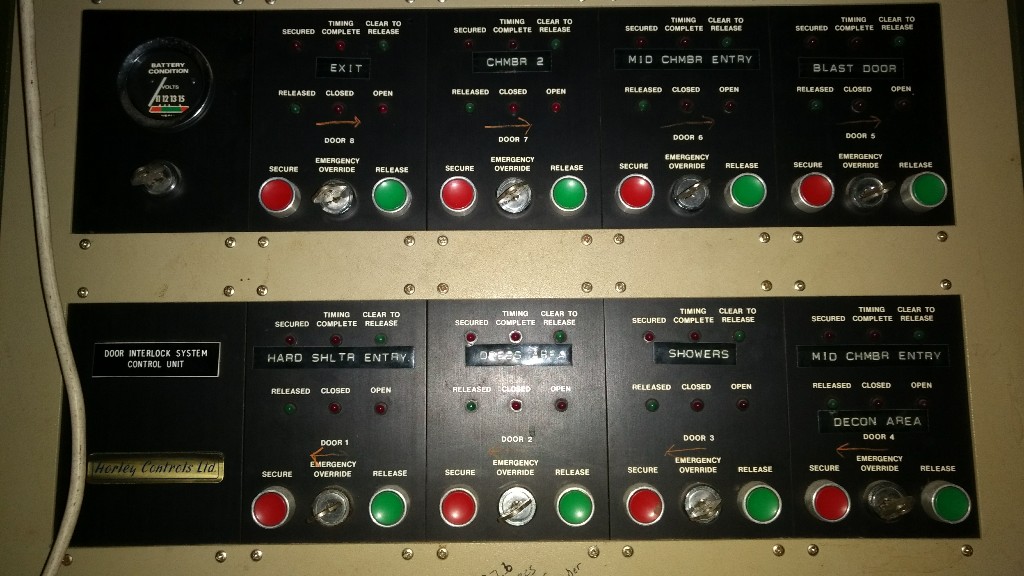 129 – Telephone Exchange
Built to maintain lines of communication in the event of an attack; it's still in use. 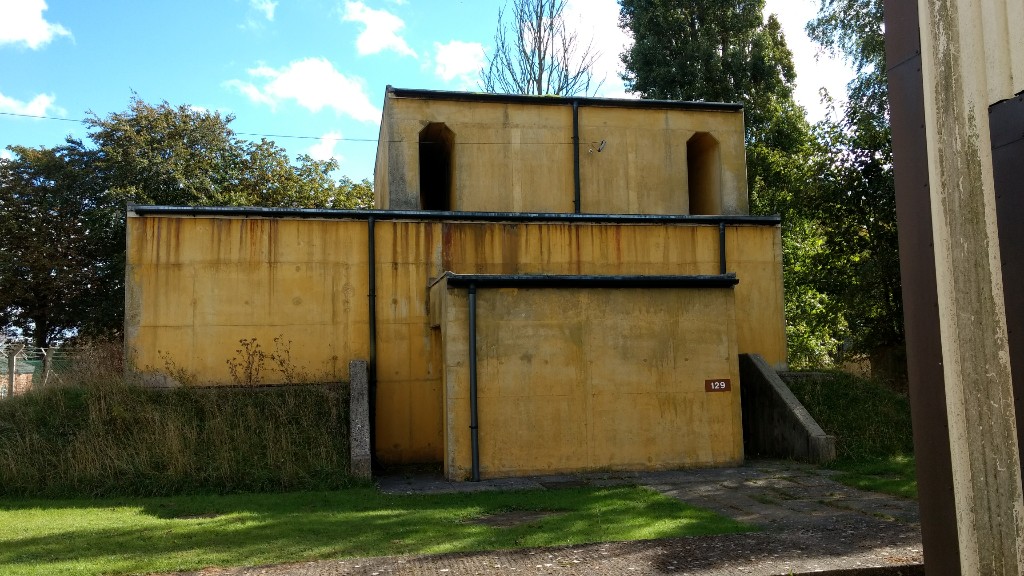 126 - Command Centre
The nerve centre of the base was built in a nondescript corner of the airfield to hinder identification by the enemy. 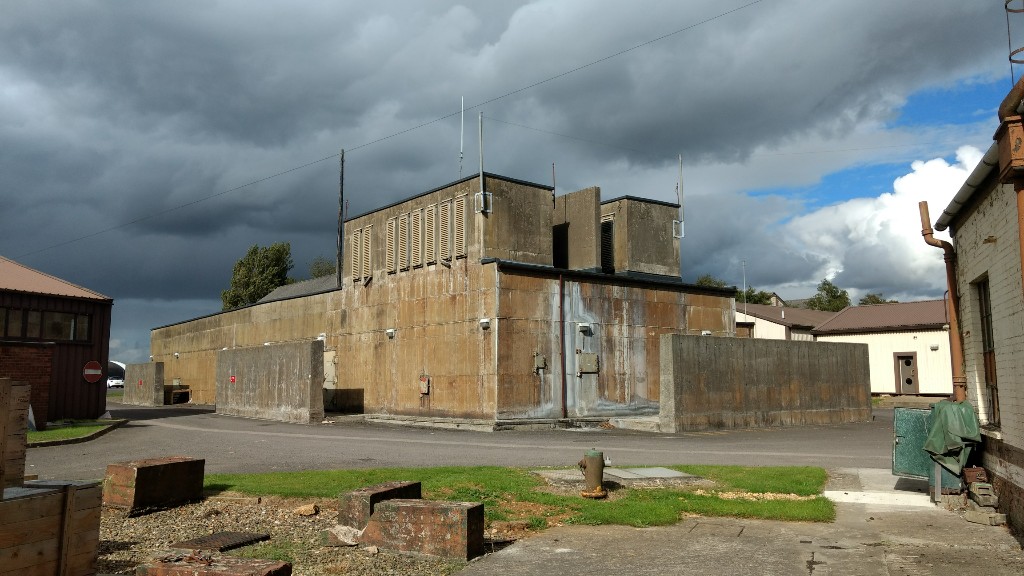 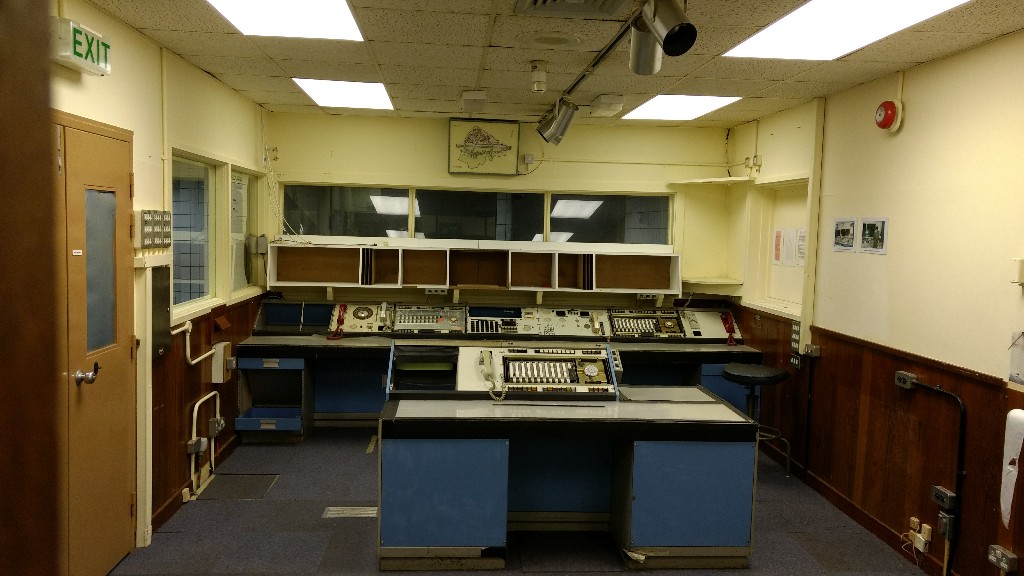 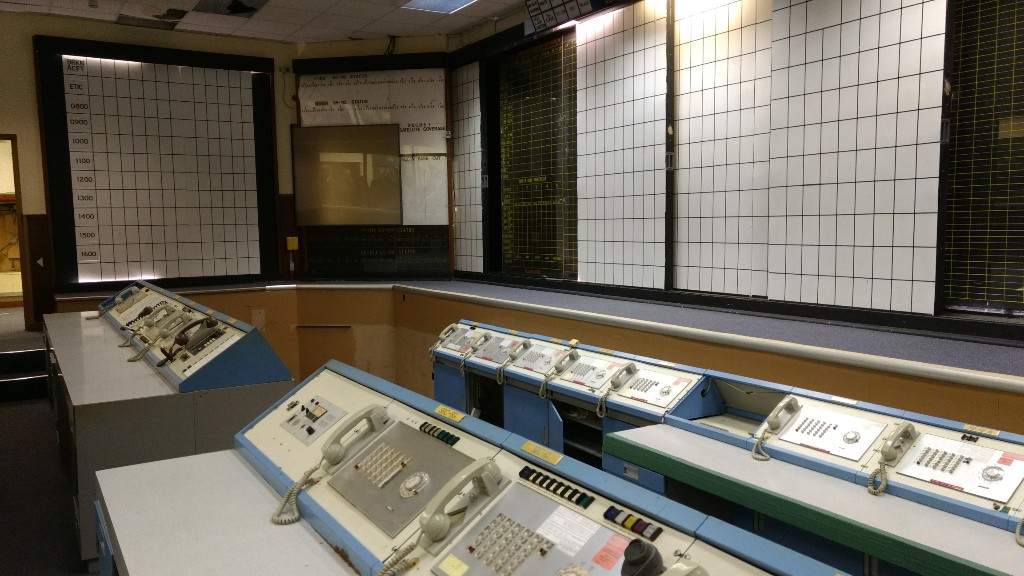 The civilian side has been turned into a busy commuter village. These striking buildings on the airfield are thankfully protected from the bulldozers by their listed status, and from the elements by their defensive, weatherproof designs.

Regular User
I'm assuming this was an organised tour as is normally the case with the airfield buildings here?
I'm not from Birmingham.
I don't know where 'Hunters House' is.​

Bent Nails said:
I took just the last two photos on a tour.
Click to expand...

I was gonna say, if you'd managed to get into the bunker without a tour I'd be very surprised!

Did you see whether or not the SkyKing cinema is still there? As that was in the middle of the airfield side of the base.
I'm not from Birmingham.
I don't know where 'Hunters House' is.​

mookster said:
I was gonna say, if you'd managed to get into the bunker without a tour I'd be very surprised!

Did you see whether or not the SkyKing cinema is still there? As that was in the middle of the airfield side of the base.
Click to expand...

I'm pretty sure it's gone. Will double check when I'm down that way again.

28DL Full Member
The sky king cinema is AFAIK still standing, worked at u/heyford 9 yrs ago loved it some eerie buildings, if the walls could talk. One hanger is supposedly haunted by a pilot who ejected inside the hanger, ,( not verified ). Please tell me how old these terrific photos are ?.
Last edited: Feb 11, 2018

28DL Full Member
Photos recent. I get chance to go occasionally with work, so it's a decent perk!