Report - - Wreck of the RMS Mulheim off Lands End | Other Sites | 28DaysLater.co.uk
Menu

Report - Wreck of the RMS Mulheim off Lands End

28DL Full Member
The `RMS Mulheim` ran ashore at Castle Zawn, between Sennen Cove and Land`s End, at appx 0430 on Saturday 22nd March 2003.
Sennen Cove Lifeboat and Land`s End Coastguard Cliff Team were quickly on the scene ; with the crew being airlifted to safety by a rescue helicopter from Royal Naval Air Station, Culdrose.The ensuing salvage operation has attracted national media coverage - with particular interest in the recovery of the ship`s cargo of plastic scrap. The image below is one i found on the net before she broke up on the rocks. 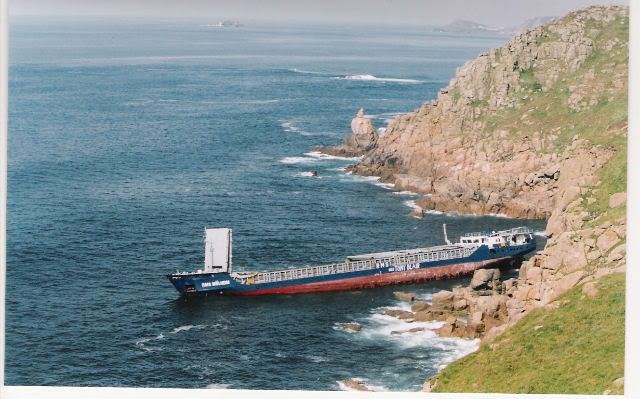 On the 24 March 2003 she was determined to be a total loss the removal of pollutants was initiated. RMS Mulheim was carrying 2,000 tons of bulk crushed plastic scrap at the time of her loss. Only a small amount of diesel fuel oil has been detected leaking from the wreck 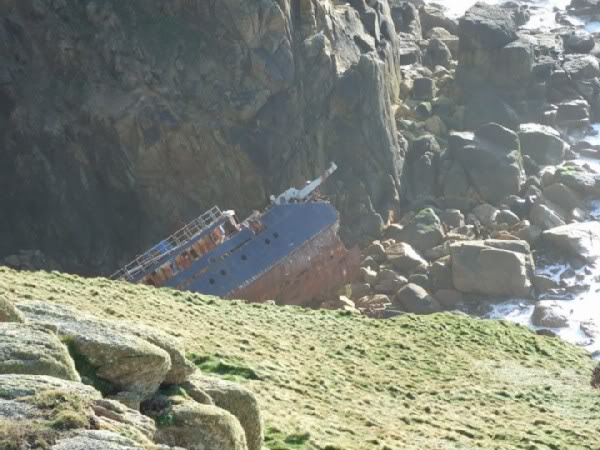 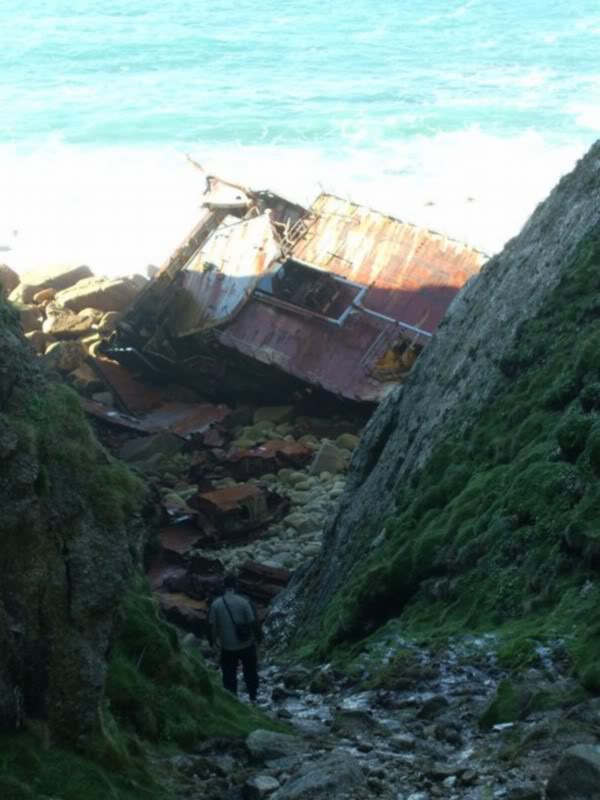 Bit of a climb down to the wreck. 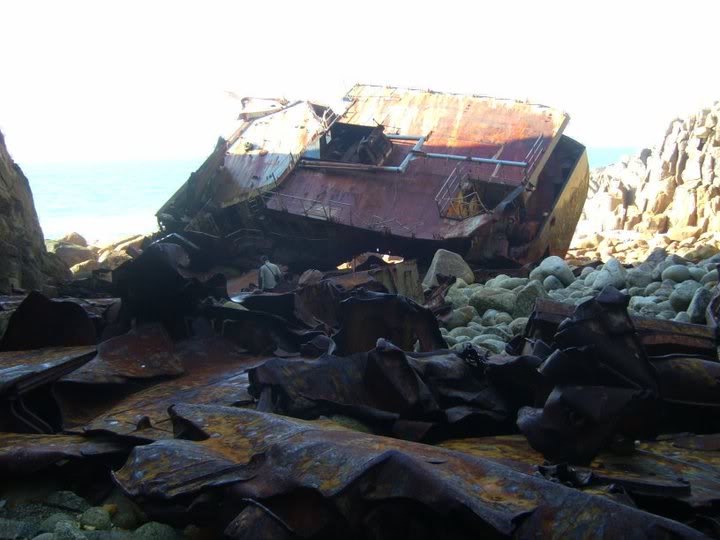 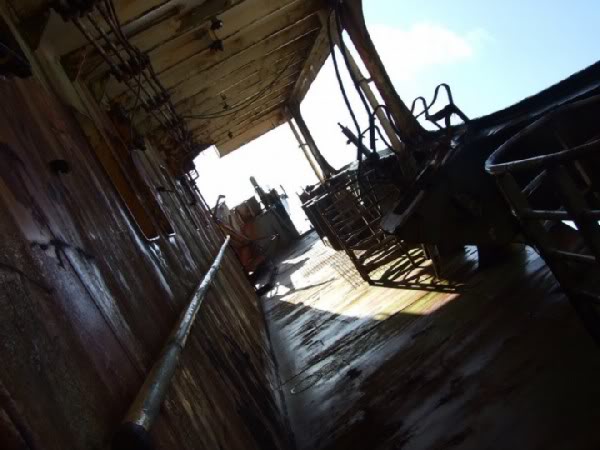 what is left of the wreck slopes to one side 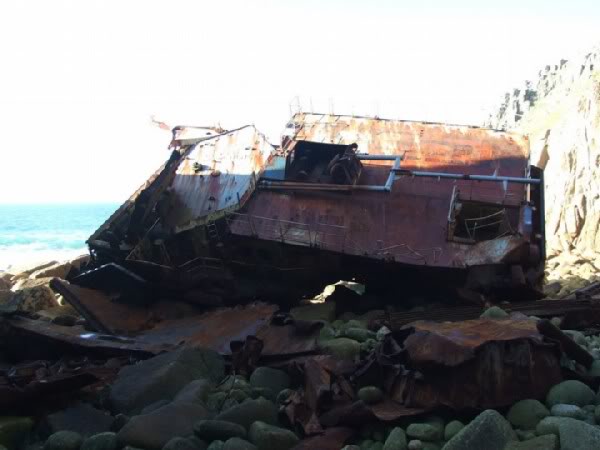 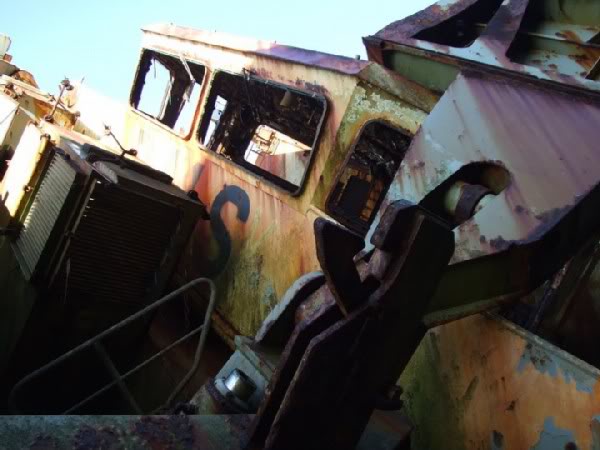 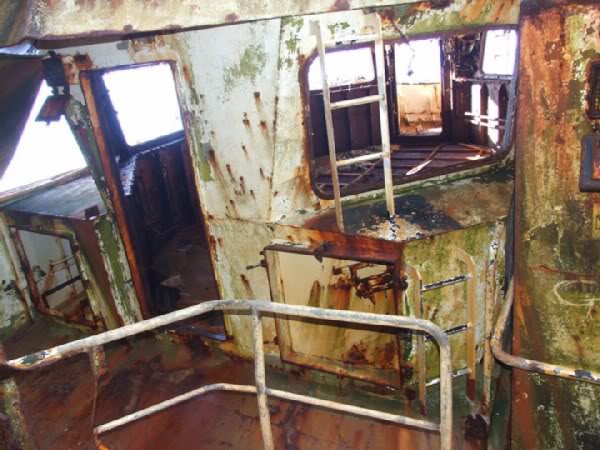 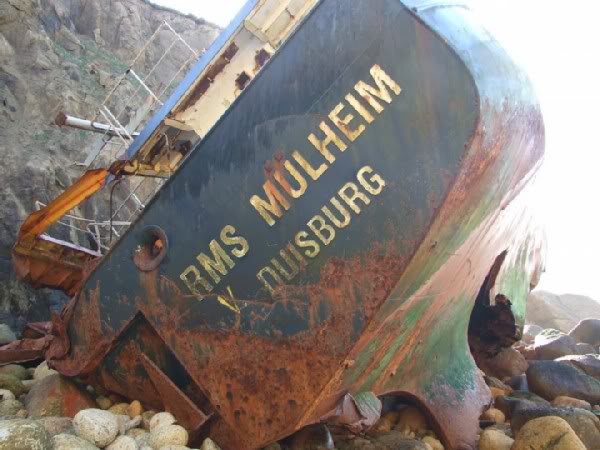