Guest
Met up with stepping lightly on a dark and damp manchester night made our way into the arches within minutes and set of exploring.It was like walking round with an arches tour guide that guy knows every no ck and cranny down there.After 15 minutes we went our seperate way and i really didn't see much of him until it was time to leave.Ok some history, then the pics which ive tried to show in a differant style to normal used images that haven't really been coverd see what you think..
The Victoria Arches were a series of arches built in the embankment of the River Irwell in Manchester. They served as business premises, landing stages for Steam packet riverboats, and also as World War II air-raid shelters. They were accessed from wooden staircases which descended from Victoria Street.

Regular flooding of the river resulted in the closure of the steam-packet services in the early 20th century, and the arches were used for general storage. In World War II the arches were converted for use as air raid shelters. The arches are now bricked up and inaccessible; the staircases were removed in the latter part of the 20th century.

In 1838 the city authorities completed construction of a new embankment along the River Irwell, to support a new road. The arches were built at the same time, and created new industrial space.

In 1852 the life-boat Challenger was built and launched from the Arches.

In the Victorian era passenger trips along the river Irwell were very popular although it was becoming increasingly polluted. In 1860 the Irwell was described as "almost proverbial for the foulness of its waters; receiving the refuse of cotton factories, coal mines, print works, bleach works, dye works, chemical works, paper works, almost every kind of industry." The Rivers Pollution Prevention Act 1876 was designed to solve this problem, but it was largely ineffective. It did however lay the groundwork for the more draconian legislation which followed
Following the opening of the Manchester Ship Canal in 1894, in 1895 at least one landing stage was opened by the Manchester Ship Canal Company, who actively encouraged passenger traffic. The company purchased several steamers, two of which, the Shandon and the Eagle, are known to have used the landing stages. The boats could carry 900 and 1,100 passengers respectively. During the first half of 1897 more than 200,000 passengers were carried on trips around Manchester Docks, with holiday seasons the most popular periods. Competition for passengers was fierce, and there were at least two landing stages, operated by different companies. The ferries would occasionally carry musicians, for passenger entertainment.

The stages suffered problems with flooding of the Irwell, and do not appear to have remained in business for long; they were closed in 1906. In Underground Manchester; secrets of the city revealed, author Keith Warrender quotes from the recollections of a Manchester City News writer published in 1923 about the arches (he calls them "Victoria Arches"), sixty years previously;

I became acquainted with those arches in the sixties, for my father, a master joiner and builder, had a workshop there. Two approaches thereto were provided, one by a flight of steps near the Cateaton Street side of the old churchyard, and the other at the corner of Victoria Street and Fennel Street. The arches were lofty and spacious, and had previously been used as a copper and iron works, in connection with which was a tall chimney by the cathedral steps. Part of the chimney was damaged by lightning and the upper part was taken down in 1872. I believe the lower part remained until the old buildings at that point were demolished, not many years ago.[9]
He continues, quoting another letter from the Manchester Evening News in 1960 which says;

At the time I knew it well, 1898, one or two of the arches were used as a battery station by Manchester Electricity Department and two or three others as meter testing and storage departments. Also there was the first testing station for the department where the prototypes of all apparatus used by electricity users in the city were tested. The tunnel was bricked up, about level with the end of Fennel Street. From its gradient it would reach approximately water level at the Irk at the bottom of Hunt's Bank, and the other end would reach street level at St Mary's Gate. The roadway was one cart track wide. The entrance was in Victoria Street alongside the door to a tobacconist's shop near Cathedral Yard
During World War II the stages and tunnels surrounding them were converted into air-raid shelters.The conversion, which included additional brick blast walls, took three months at a cost of Â£10,150 and provided shelter for 1,619 people. The cobbled surfaces shown in some of the pictures on the Manchester City Council website show the same network of tunnels before their conversion to air raid shelters. The land covered by the arches included a street, which led at the west end to a wooden bridge over the River Irk. The old road was covered over in an improvement scheme, which began in 1833.

The steps and landing stages have remained closed to the public for many years. In 1935 less elaborate steps were in place, some of which remained until 1971.[14] In photographs taken in 1972, the arches are barred, and some are covered with metal grilles.[15] As of 2009, none of the steps remain, and the original Victorian railings along the embankment have been replaced with a stone wall and new railings.

Some old pictures first as the arches used to be . 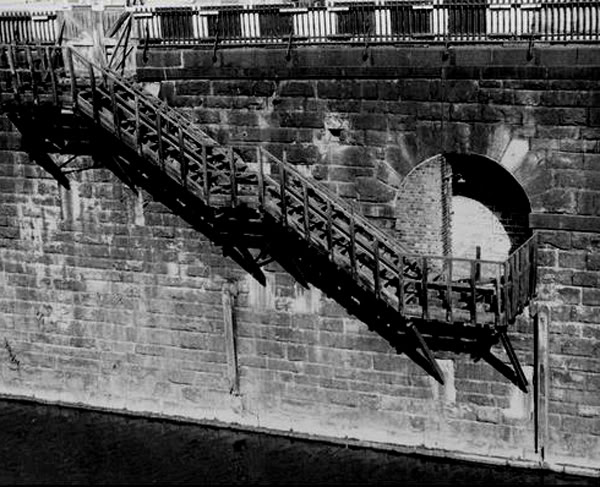 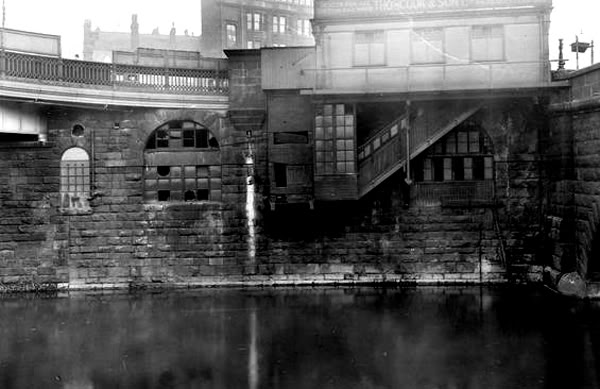 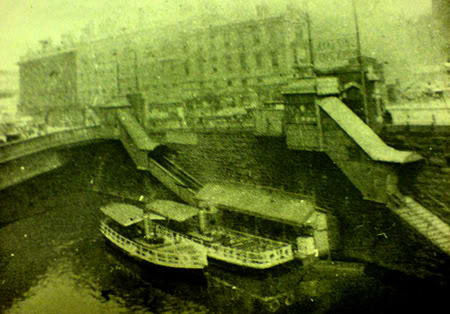 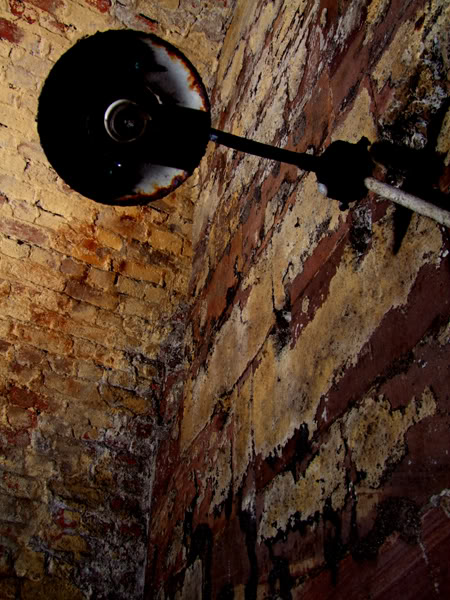 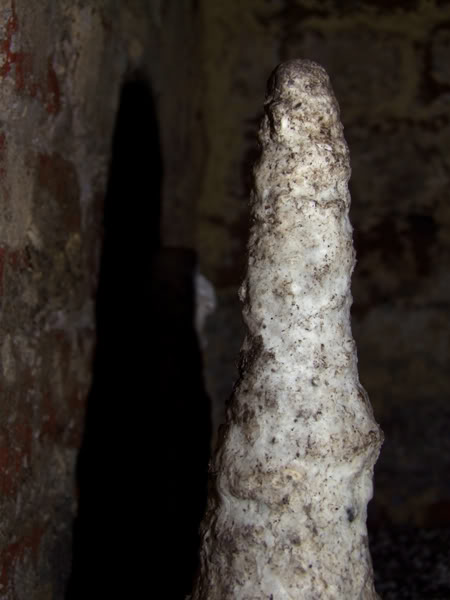 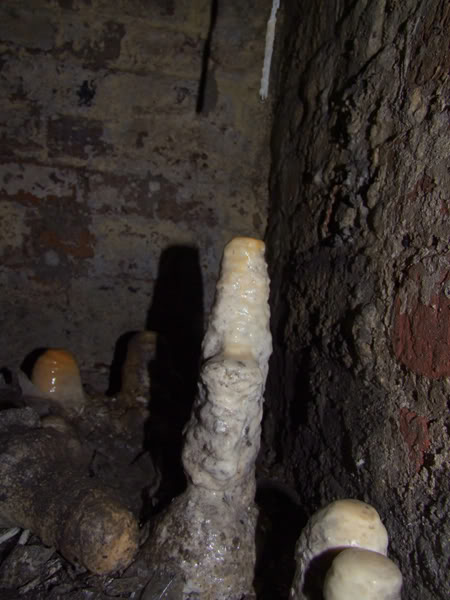 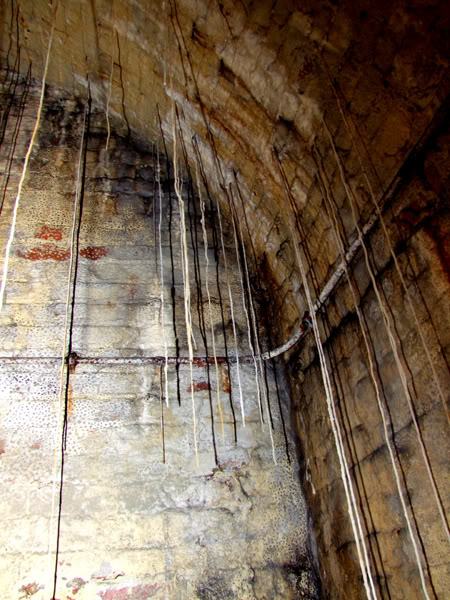 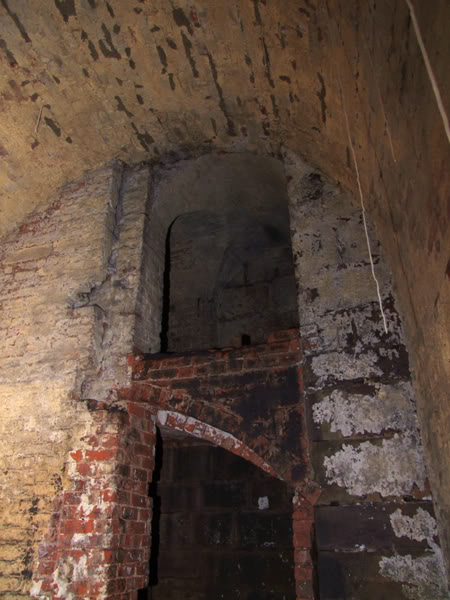 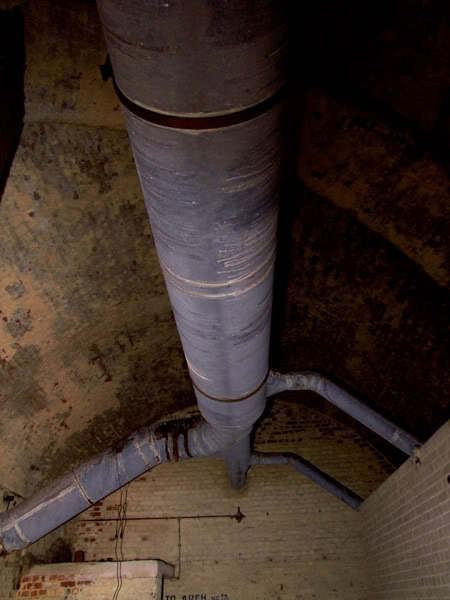 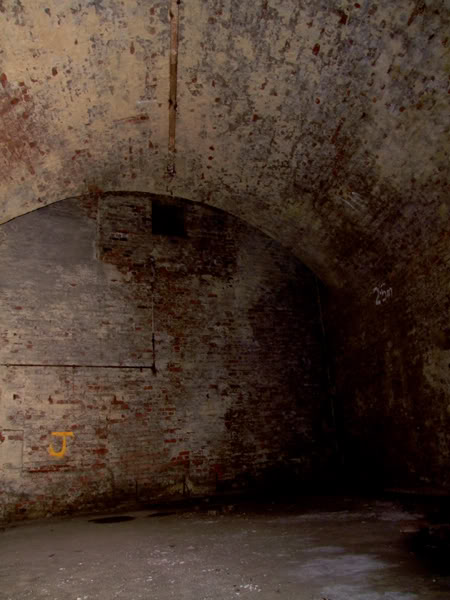 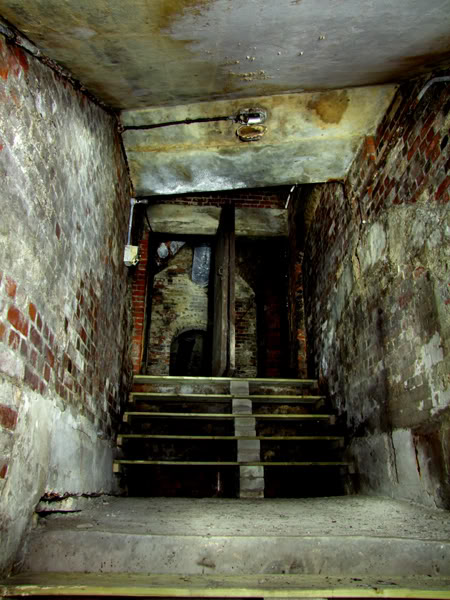 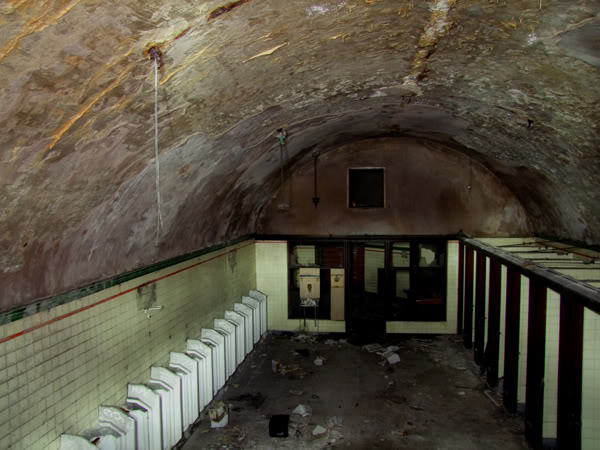 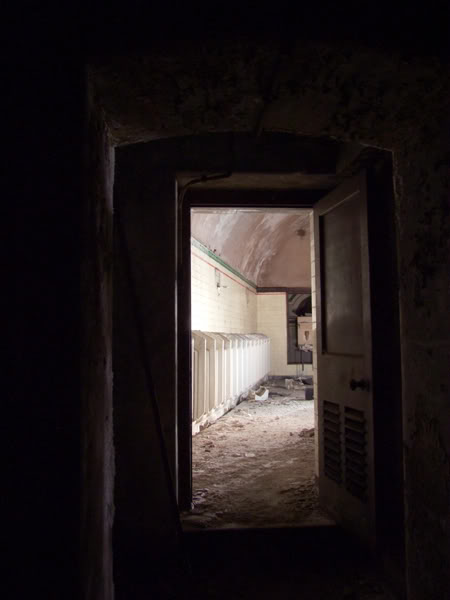 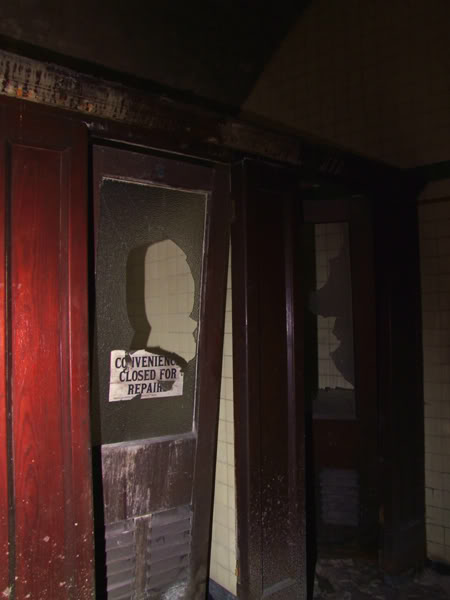 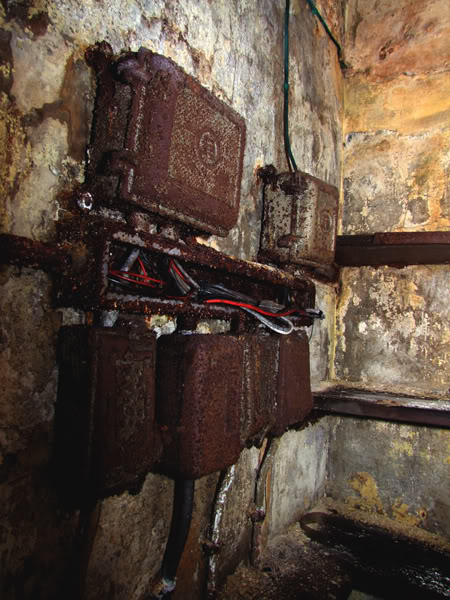 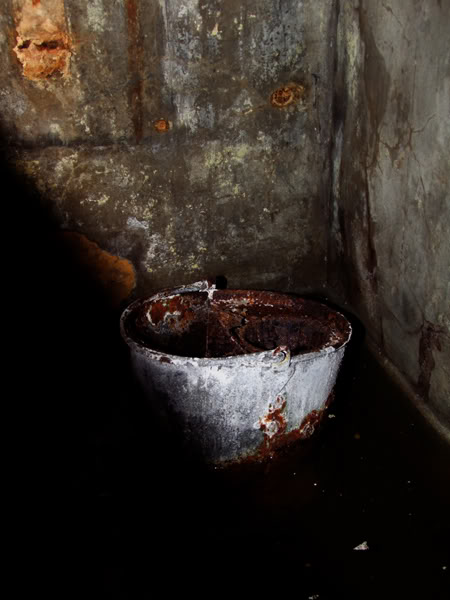 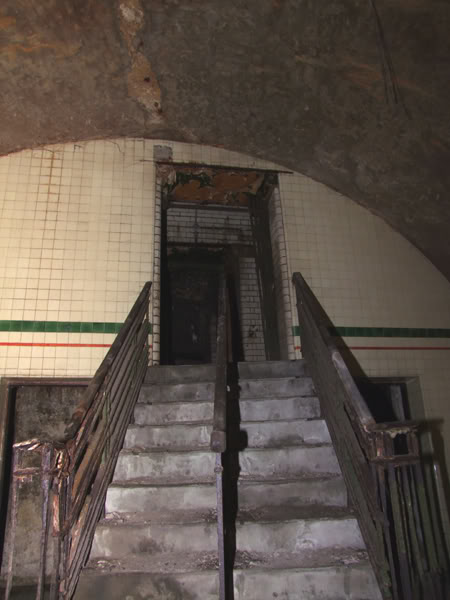 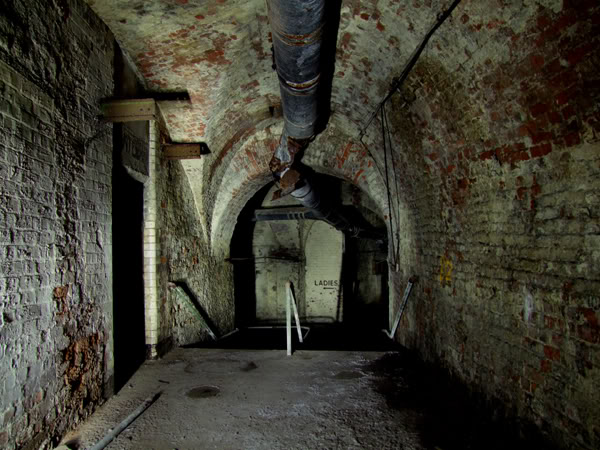 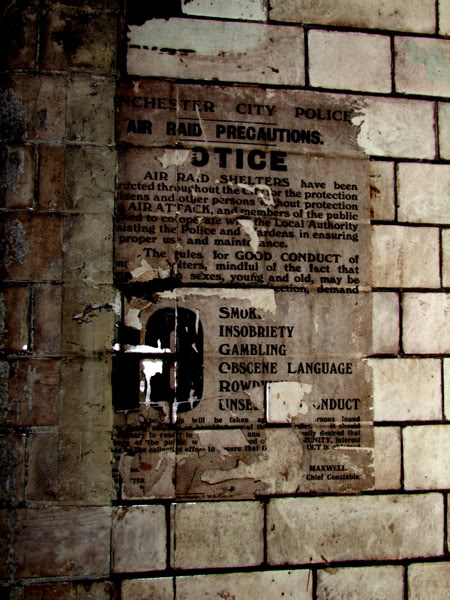 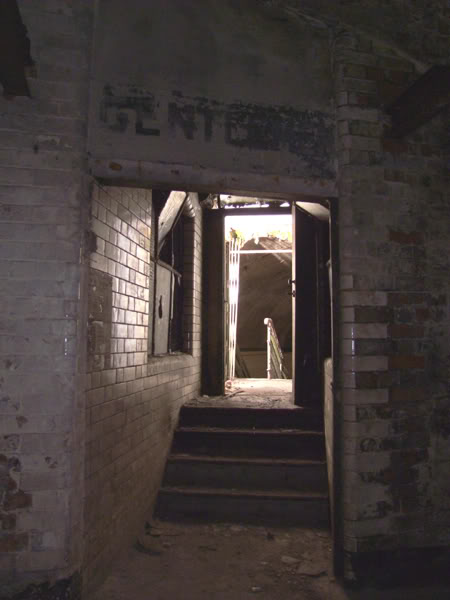 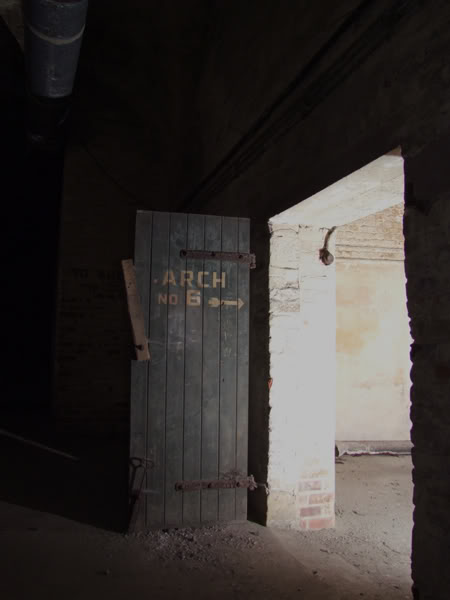 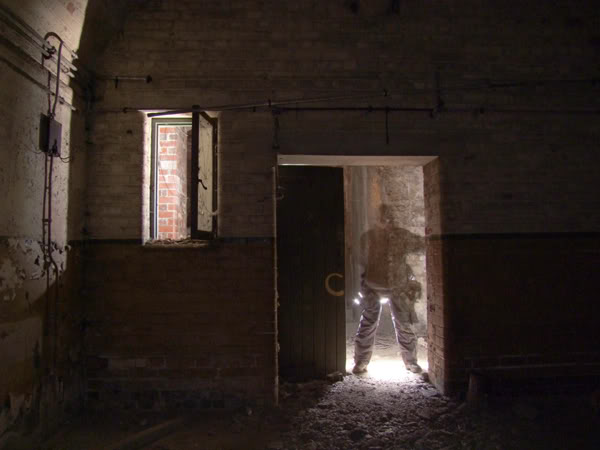 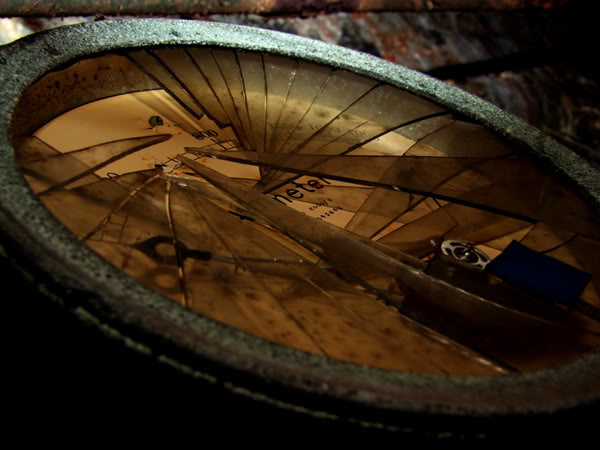 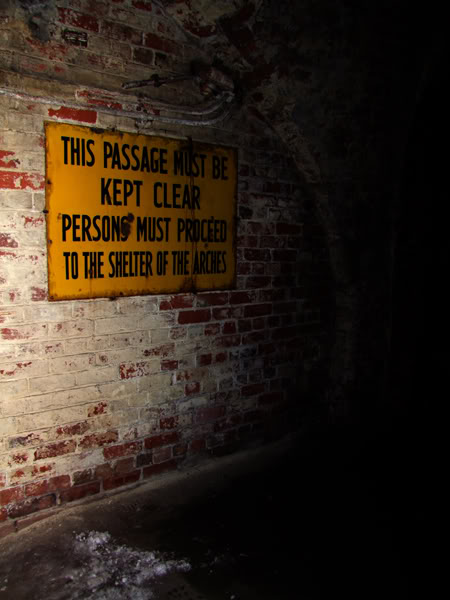 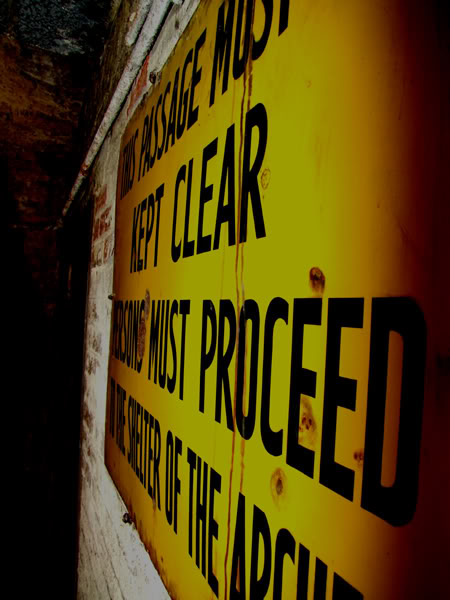 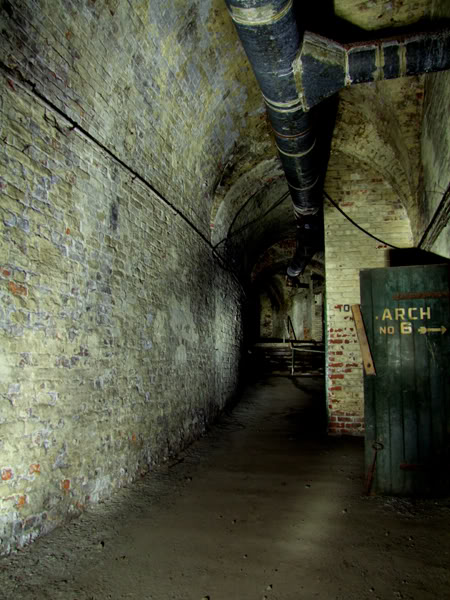 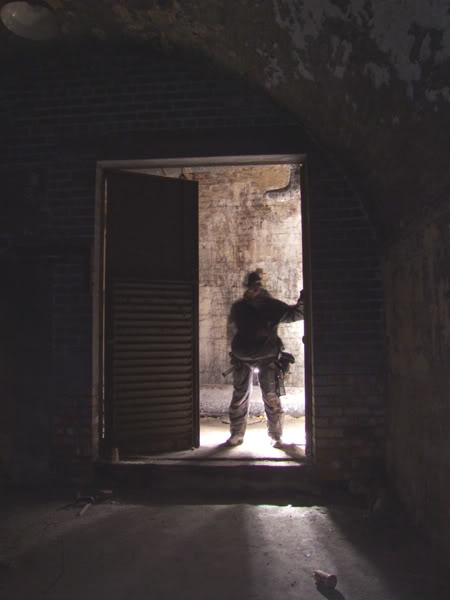 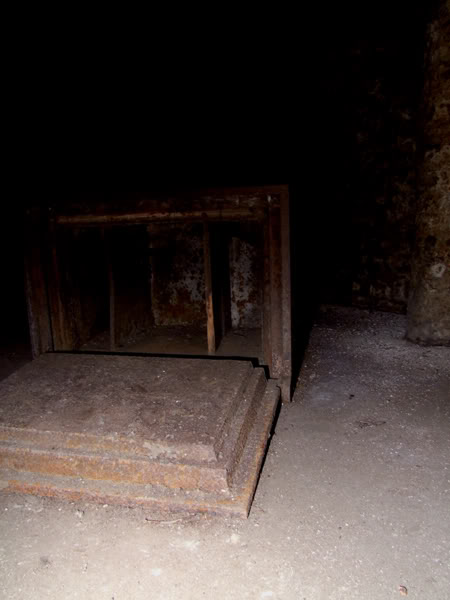 Thanks to stepping lightly for making it possable hope you like the pictures thanks for looking....oldskool................

Regular User
A nice take on a site that has had more photos took of it than Jorden...
Was good to meet you and good to go back in , I just love mozeying through the passages I always find something new...
Life is either a great adventure or nothing.

nice one, some good pics there
Ojay@28dayslater.co.uk‏​

nice to see a report with some history of the arches