Regular User
1. The History
The airfield originally opened in 1917 as a Royal Naval Air Service station called Wellingore Heath. It then re-opened in 1935 and remained in active service until the end of the Second World War, finally closing in 1947. It had two grass runways, a concrete perimeter track and one extra over blister hanger and seven blister hangers. The site just south of village was used as Relief Landing Ground (RLG) by Cranwell until June 1940 and then as a satellite site for RAF Digby with 46 Squadron Hurricanes and 29 Squadron Blenheims and Beaufighters.

Notable personalities connected with the base include Wing Commander Guy Gibson who lived with his young wife in the nearby Navenby village. The station was also used as a prisoner of war (POW) camp for captured. It operated as a work camp where the prisoners were sent to work as labourers in the local area. The land was then given back to the local land-owner (the Overtons). Many of the original buildings, including the control have been demolished but many others still remain. Immediately to the east of the airfield site is runs the High Dyke (Ermine Street Roman Road).

2. The Explore
Been through Wellingore too many times to time count but never got off the main road through this hilltop Lincs village and to the south-east where the former WW2 airfield is situated until back in 2016. Hence this was a bit of a revisit, given I was passing and had a bit of time on my hands.

There are two main sites – the main airfield where there’s pillboxes, defended dispersals and a reasonable condition Battle HQ. Then a mile or so away, just west of the main airfield, the Technical Site including a powerhouse, two large ‘Maycrete type’ workshops and a blast shelter. 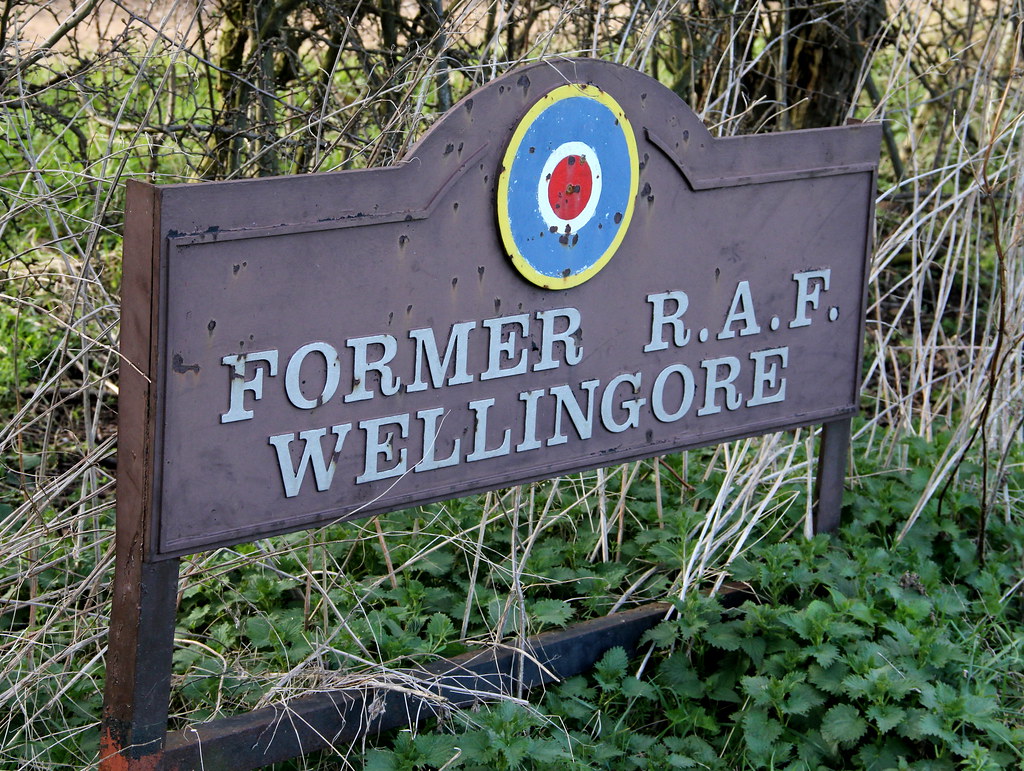 One of many pillboxes scattered around: 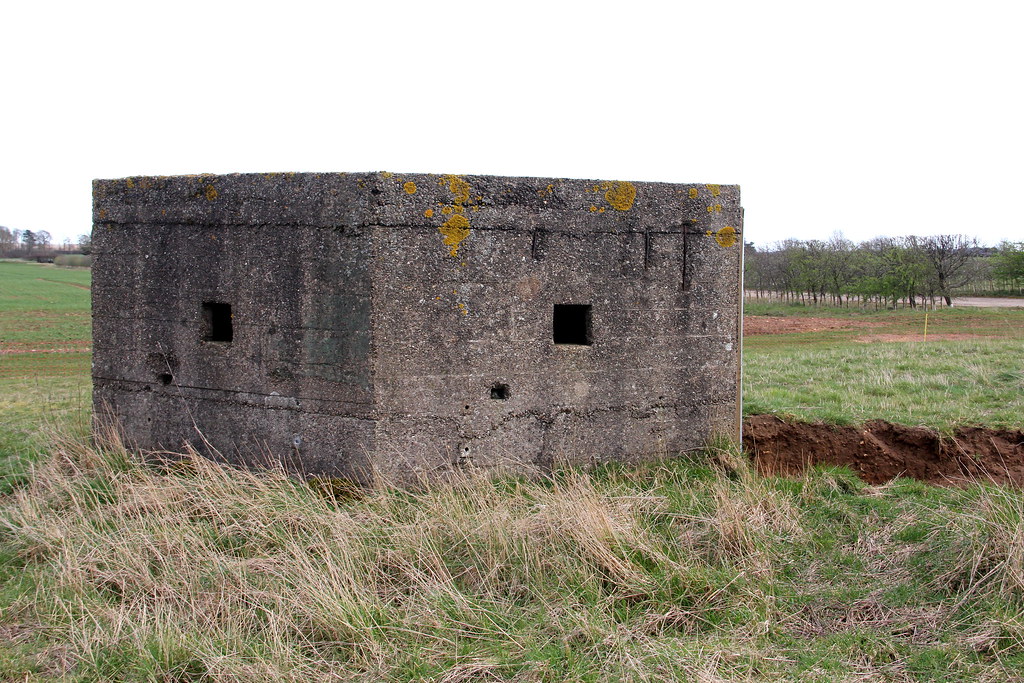 This one’s sealed but a peek through the slit reveals the iron gun loop mounts intact: 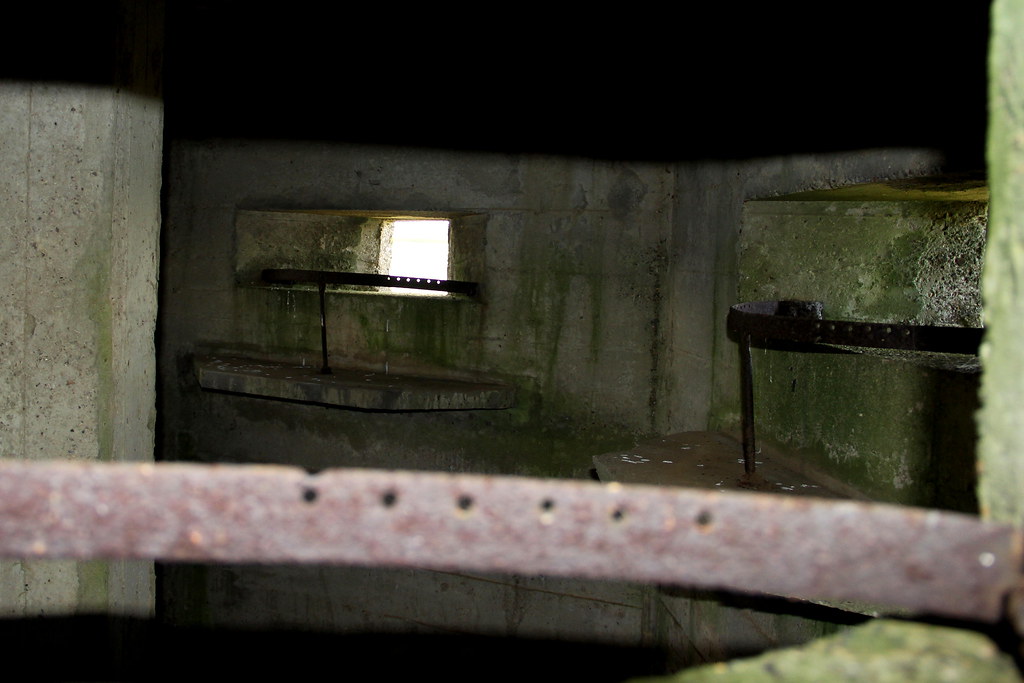 There are plenty of defended dispersals too: 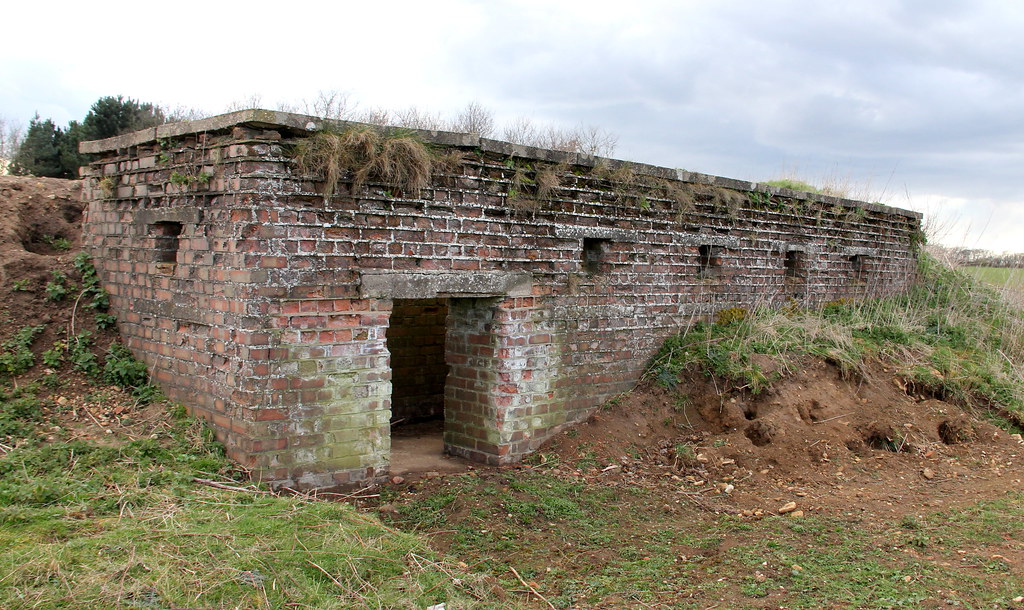 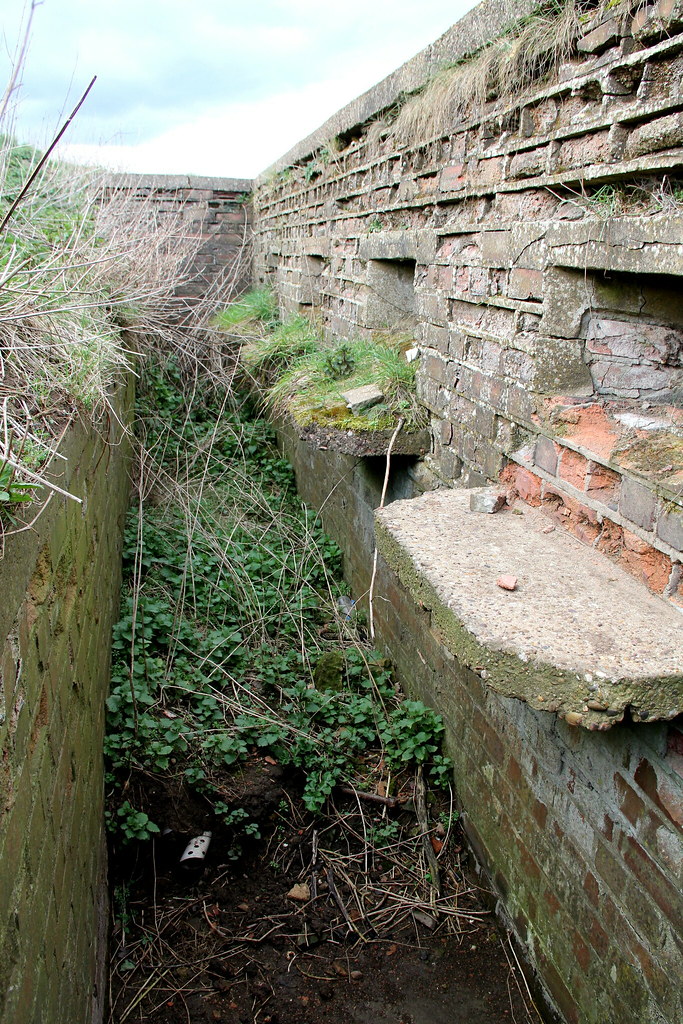 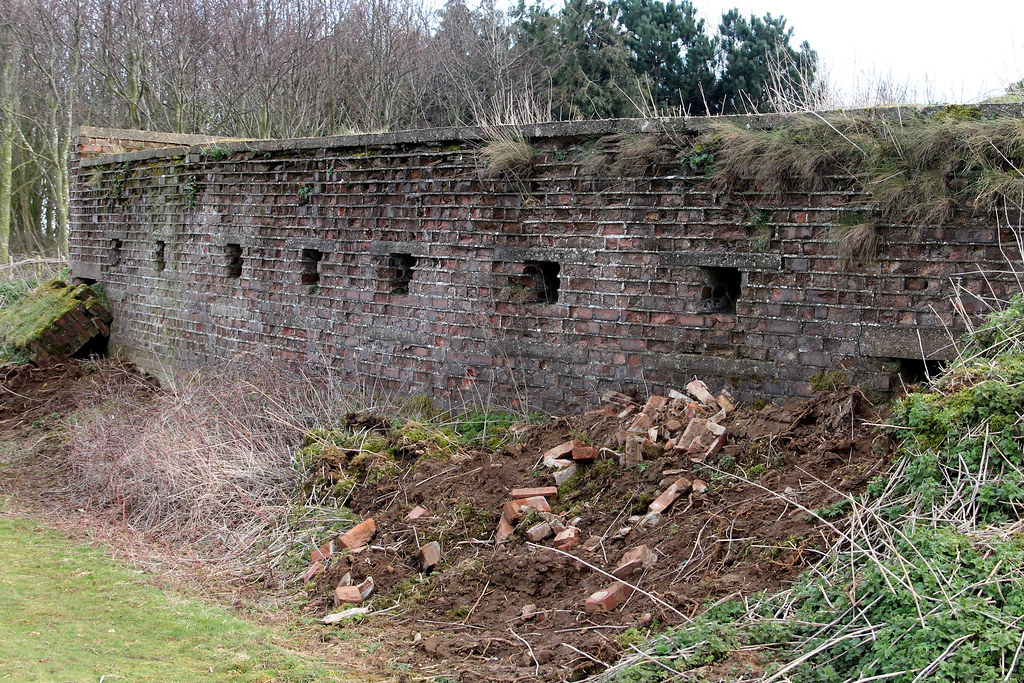 This pillbox is on the site’s perimeter: 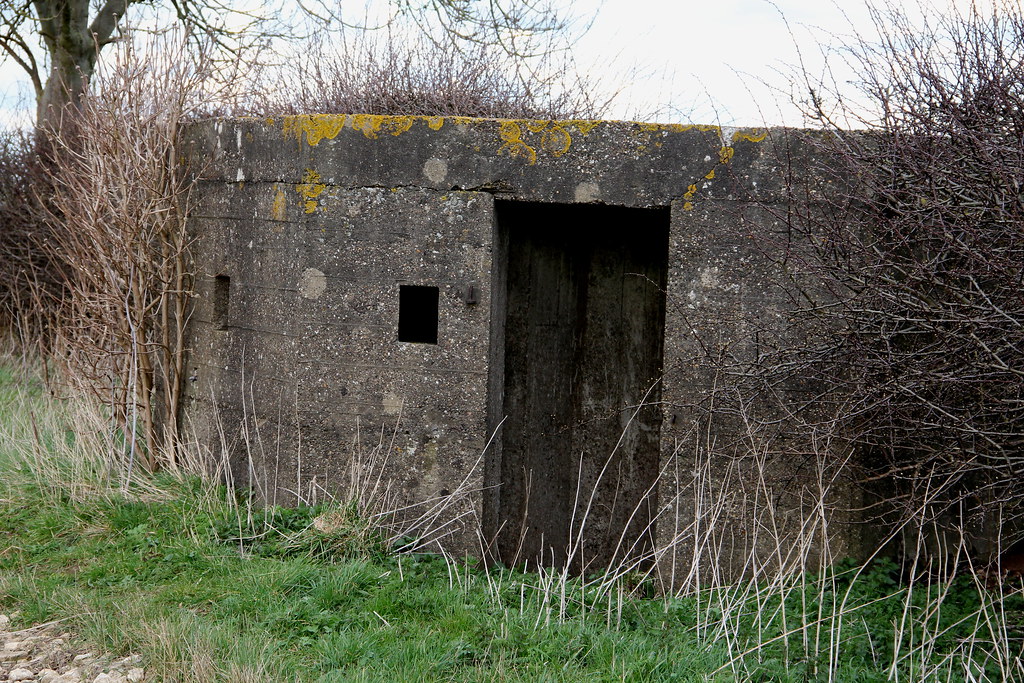 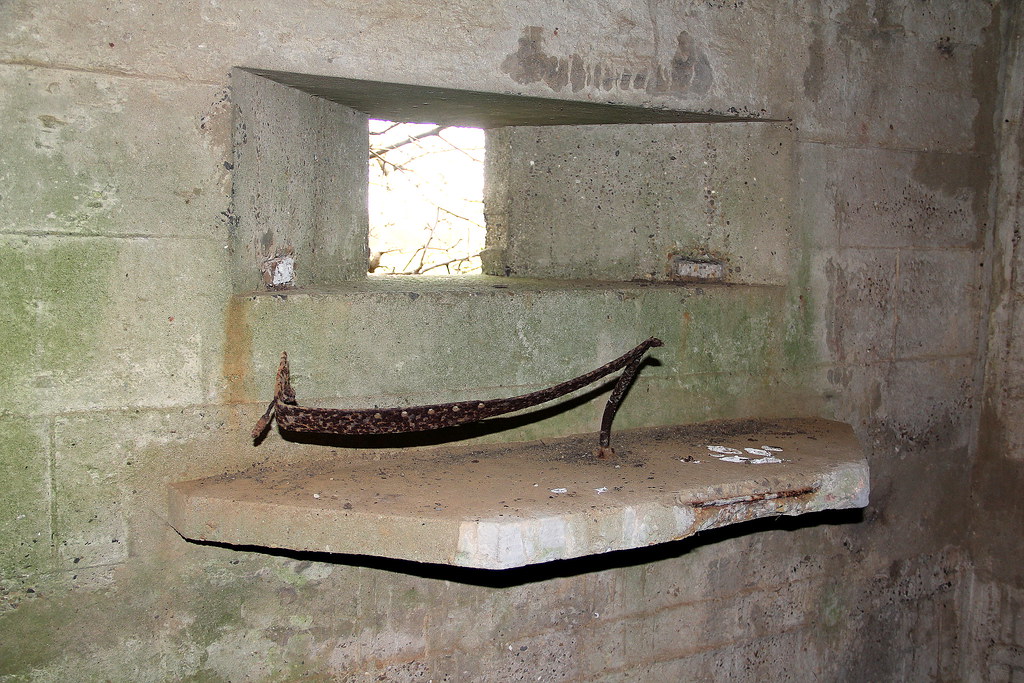 Finally, we have the Battle HQ: 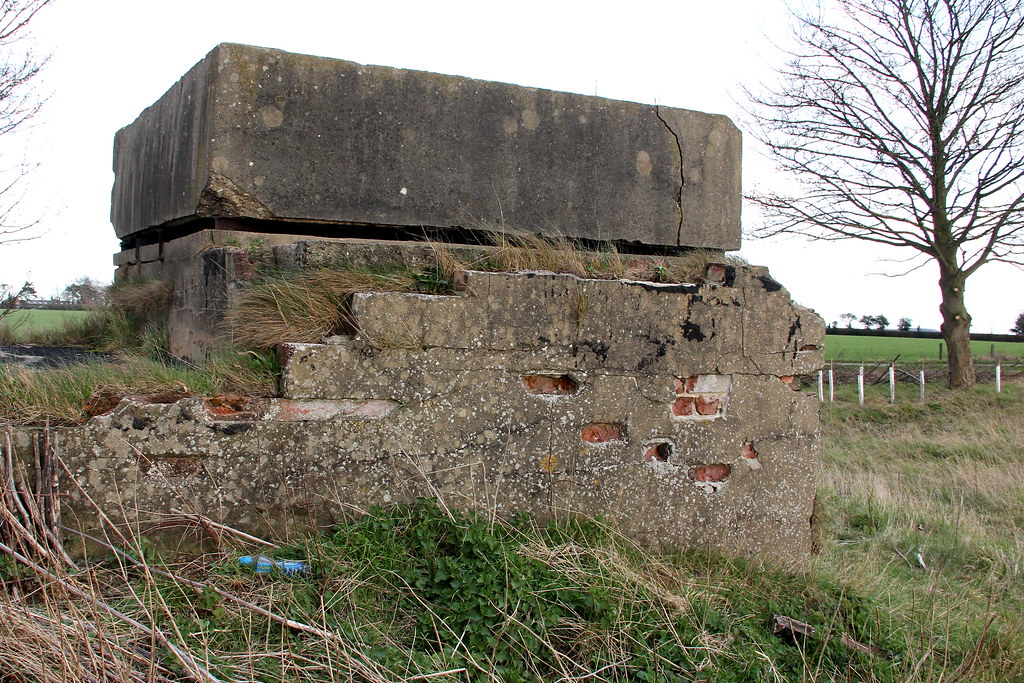 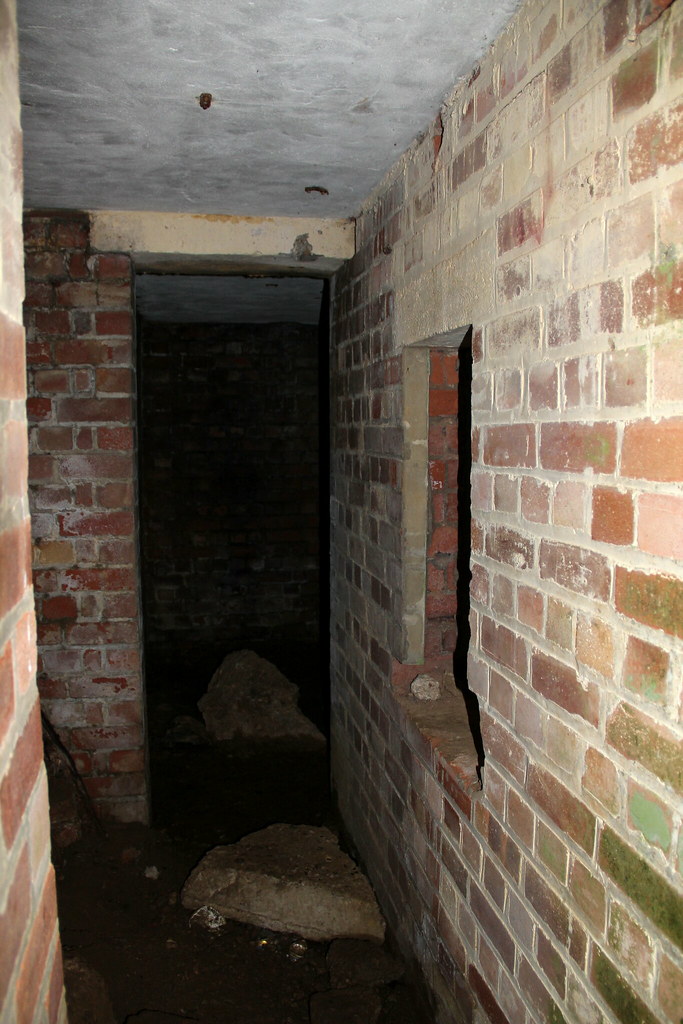 On to the Technical site and the light was going a bit. Think this the powerhouse: 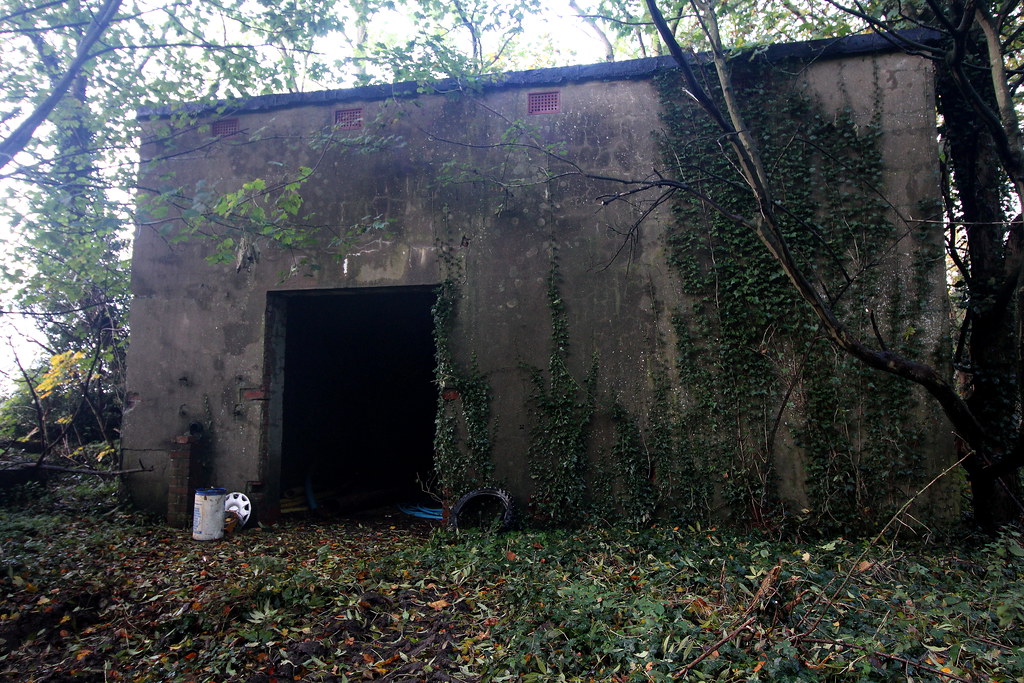 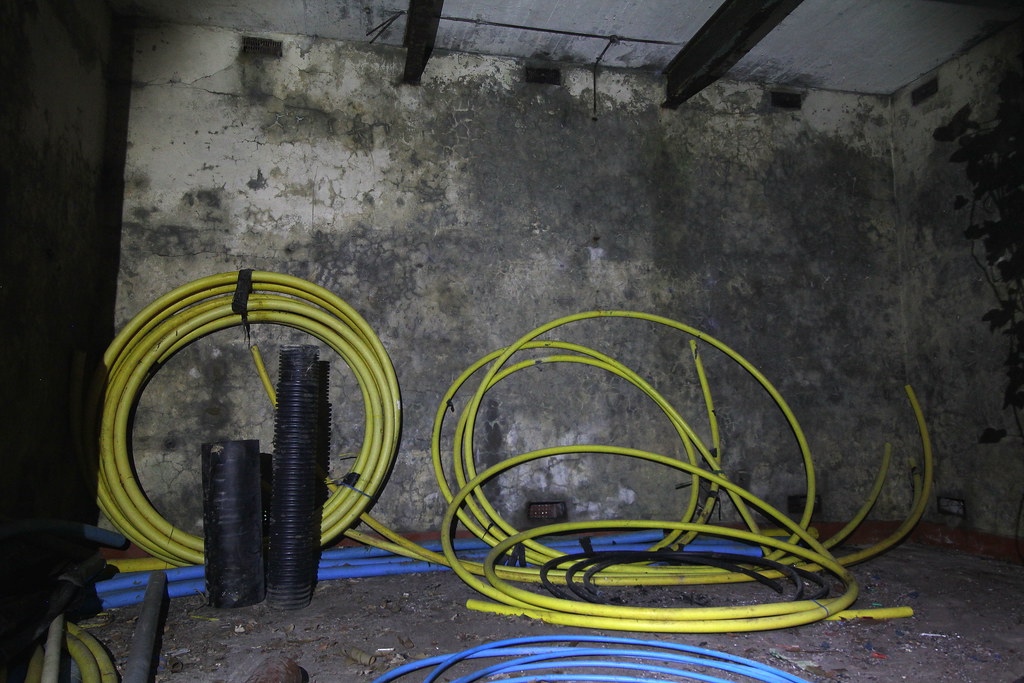 These are definitely the blast trenches: 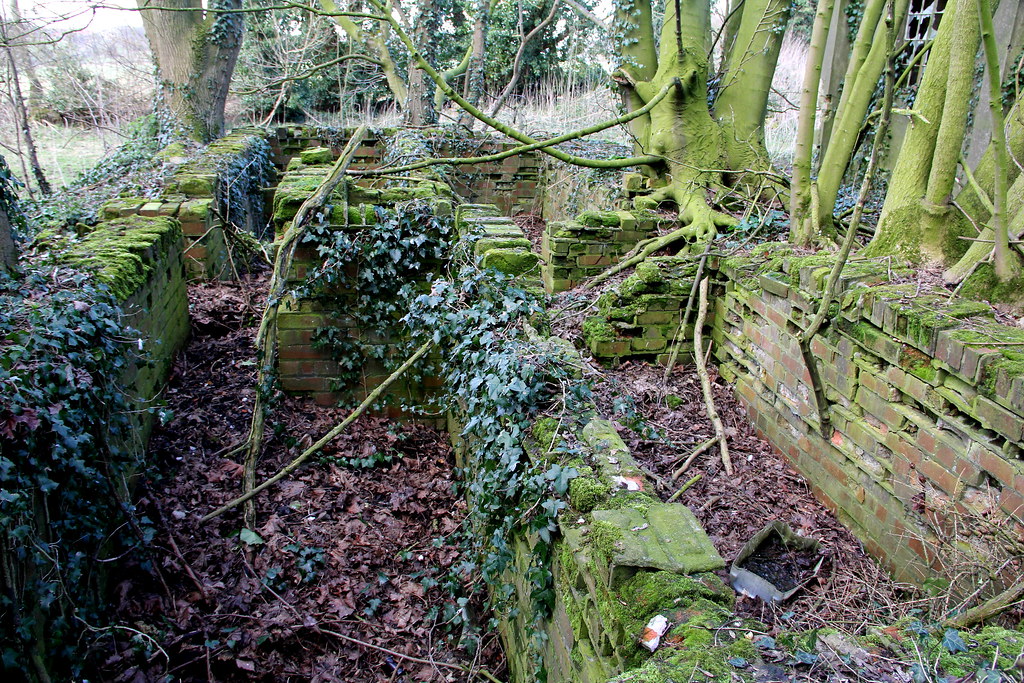 The first of two Maycrete type’ workshops. Doors in need of attention: 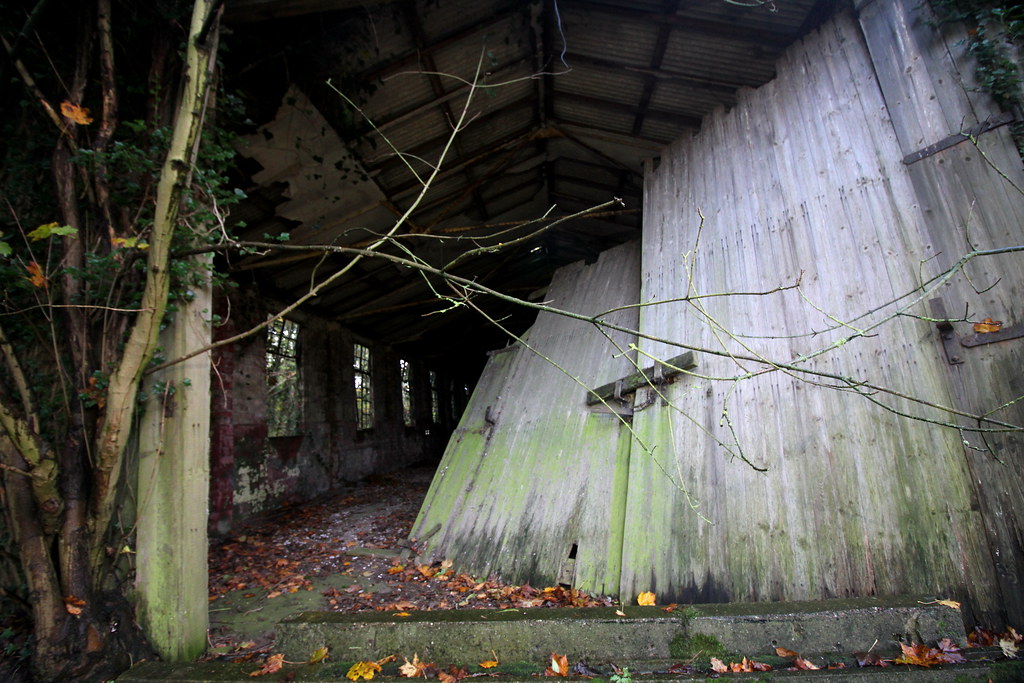 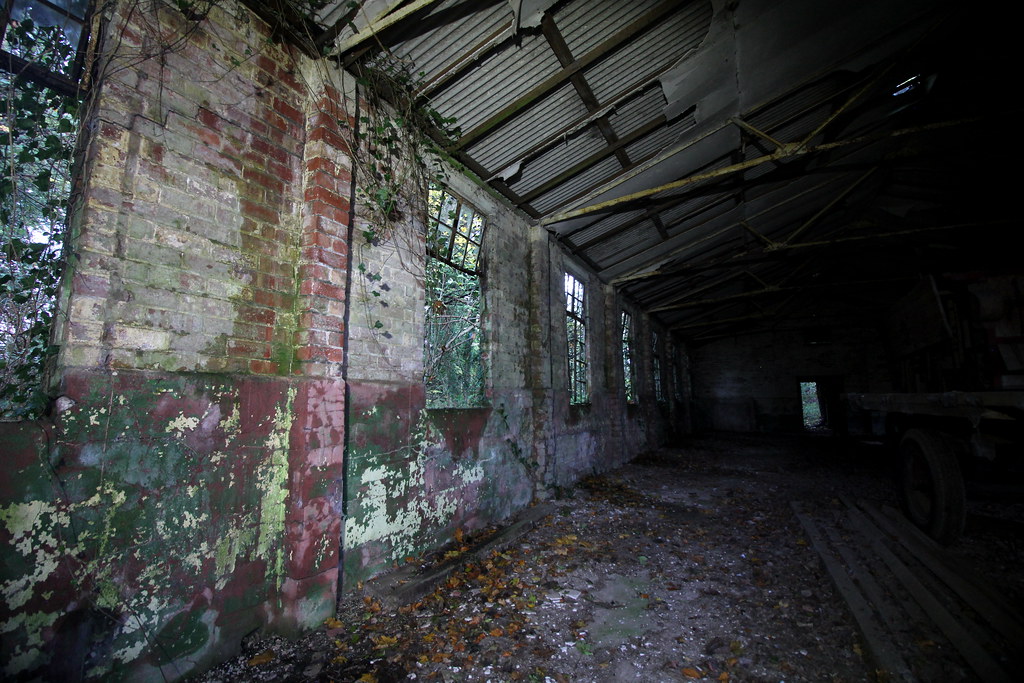 The workshops are used by the local farmer for storage now: 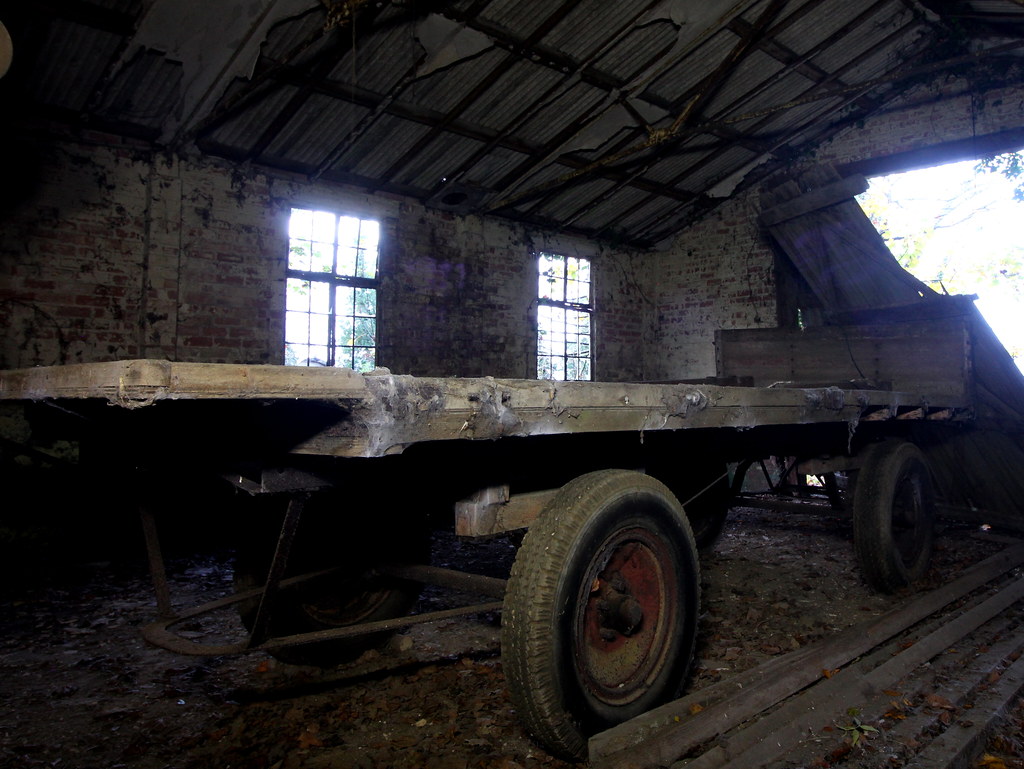 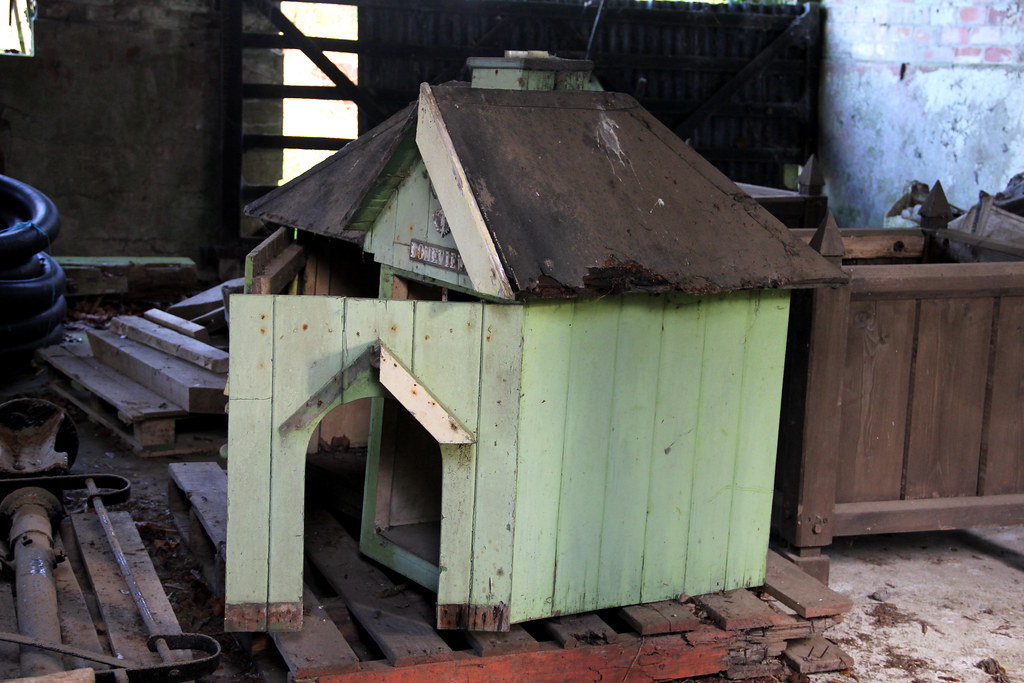 And this vintage piece of farm machinery: 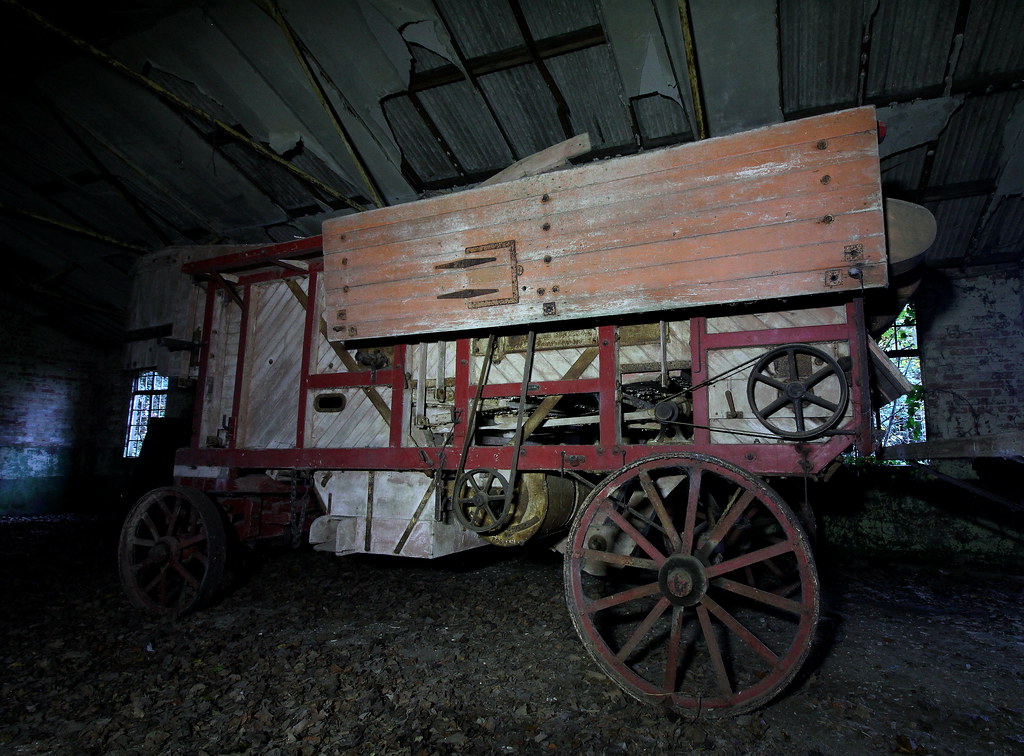 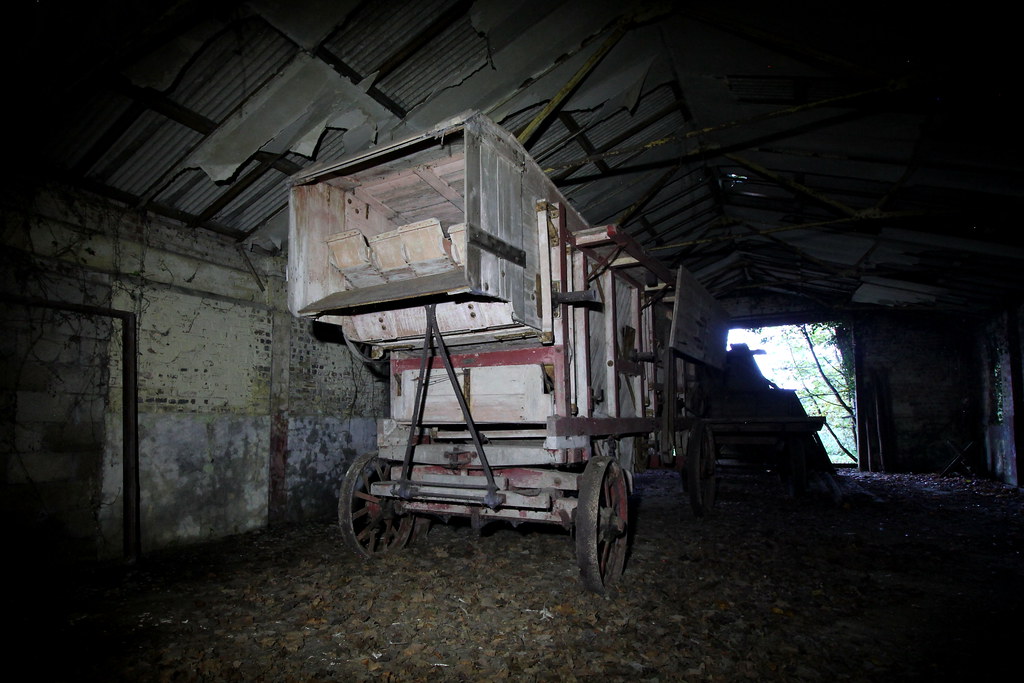 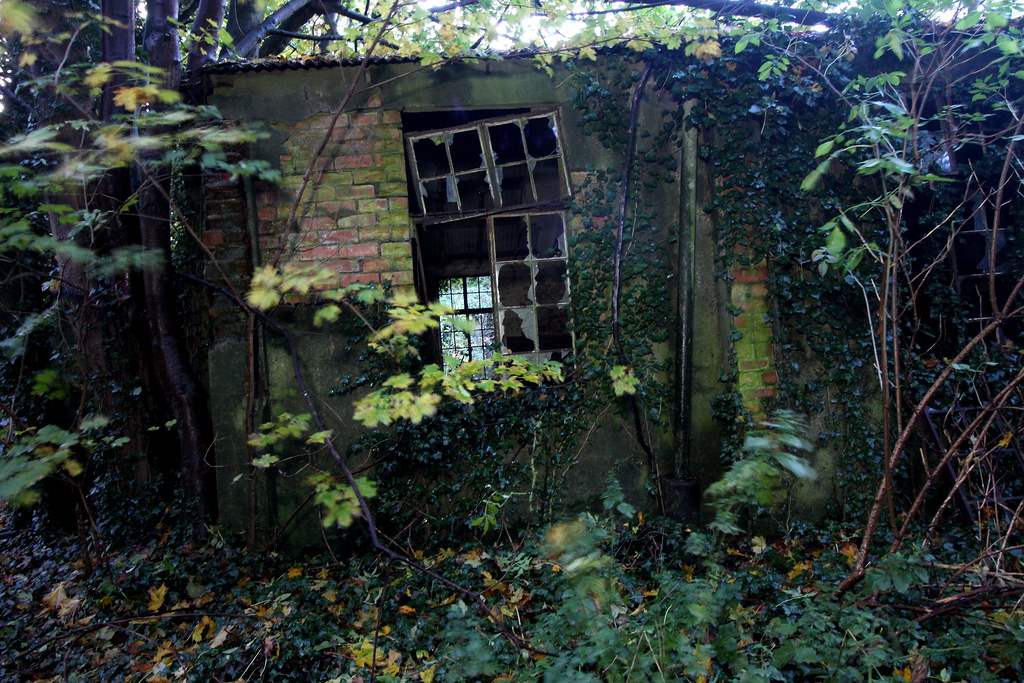 Regular User
Those buildings aren't 'Maycrete', they are a standard 'temporary brick' construction.

Any brick experts out there? Do the blast shelters suffer so much spalling due to repeated dampness? They often have thriving moss colonies on them which supports the dampness idea.

Regular User
Nice its got the original sign still. Great history write up. And those old bits ie dog kennel and farm machinery/wagon thing, are very nice. Looks like a very nice mooch. I like the moss & ivy covered trenches. Landscape tells us a story.

tigger said:
Those buildings aren't 'Maycrete', they are a standard 'temporary brick' construction.

Any brick experts out there? Do the blast shelters suffer so much spalling due to repeated dampness? They often have thriving moss colonies on them which supports the dampness idea.
Click to expand...

I have often wondered about that. The buildings dating from WW1-WW2 seem particularly affected. I wonder if it was a case of accepting poor quality bricks to get the 'temporary' building up in good time?
J

mw0sec said:
I have often wondered about that. The buildings dating from WW1-WW2 seem particularly affected. I wonder if it was a case of accepting poor quality bricks to get the 'temporary' building up in good time?
Click to expand...

think the bricks are fine the walls of the shelters were not built with a cavity or a damp proof coarse also the concrete roofs were not 100% watertight and they had no guttering or if they did has become blocked so the rainwater runs down the walls so spalling of the bricks happens at an accelerated rate , in fairness to the builders we were at war and they needed them built quick and they were not designed to last in to the next century