Regular User
1. The History
The former railway marshalling yard at Tinsley was used to separate railway wagons. It opened in 1965 as a part of a major plan to rationalise all aspects of the rail services in the Sheffield area, and closed in stages from 1985, with the general decline of rail freight in Britain. It was also the site of Tinsley Traction Maintenance Depot (Coded TI), which was closed in 1998. At its peak, 200 locomotives were allocated to this depot.

The Tinsley complex was opened by Dr Richard Beeching, former Chairman of the British Railways Board, on 29 October 1965. From its outset, Tinsley was a "Network Yard" where wagon-load freight trains would arrive, be split and re-sorted into new trains for onward departure to other Network yards. This was facilitated by gravity-assisted shunting (a.k.a. the hump) and a new computerised wagon control system. At its inception, the yard was handling 3,000 wagons a day. Incoming trains were split in the 11 reception sidings, propelled over the hump in the yard, from where the individual wagons rolled down a slope and were automatically sorted into new trains on the yard's 50 main sorting sidings. Tinsley had three of its own unique class of shunting loco the BR Class 13 (numbered 13001, 13002 and yes, you’ve guessed it, 13003) as BR's standard 08 class of shunters were not powerful enough to use the hump. The Class 13s were customised using a pair of Class 08s, with one of the pair ‘slaved’ to the other.

Each of the main sorting sidings was fitted with computer-controlled retarders to slow the rolling wagons down before they hit other wagons already on the siding, or give wagons rolling too slowly a boost. This system manufactured by Dowty was complex and needed frequent maintenance. The Manchester-Sheffield-Wath electrification was extended into the yard in 1965 to allow electrically hauled trains to the Manchester area to be handled. Seventeen miles of track from Woodburn Junction and Darnall Junction, via Broughton Lane, to Catcliffe were electrified at 1500 V DC.

Even from its inception the yard was not operating at capacity. By the late 1960s road competition was impacting on rail-freight and in particular, wagon-load freight that required hump-yards like Tinsley was already declining. Things only proceeded to get worse in the 1970s. In 1981 the electrification was removed along with the closure of the Manchester-Sheffield-Wath route. Three years’ later, in December 1984, the arrival sidings and hump were also closed, the wagon-control system removed, and the unique Class 13s scrapped. In 1985 the Freight Terminal which was used solely as a steel-loading facility was damaged by fire. The mid 90s decline in heavy industry in the UK saw traffic further decline even further and the loco depot closed in March 1998. The yard progressively fell into disuse over the next ten years and before long only the main sorting sidings remained in situ to stable steel trains and store surplus rolling stock. However, in 2007 these sidings were lifted and a new, much smaller yard laid.

The control tower back in its heyday in 1978. Picture © Keith Sanders 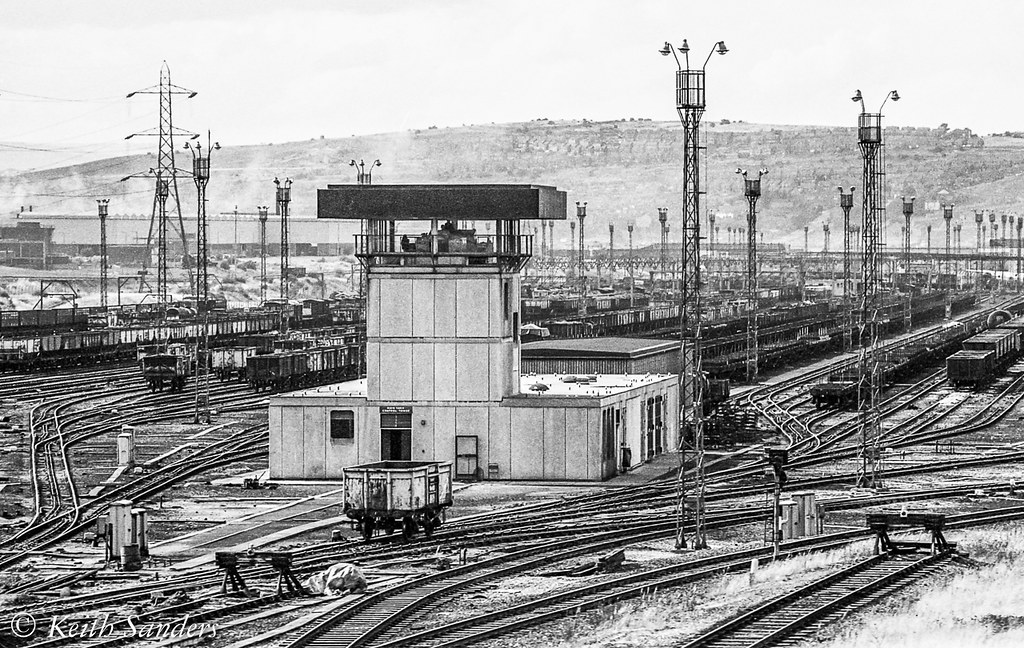 2. The Explore
Again, like the other archive reports I am posting I’m not sure why I didn’t post this. Perhaps now even these scant remains have gone I guess these pictures become more poignant. This place never really got much attention from explorers and there appears to be only one other report on the forum from here. As I remember it was a pretty easy in and a relaxed explore. Nothing spectacular but interesting all the same, and quite unique. I’ve got vague childhood memories of coming here as a young train-spotter and watching the Class 13s shoving wagons over the hump. But that was many, many moons ago. 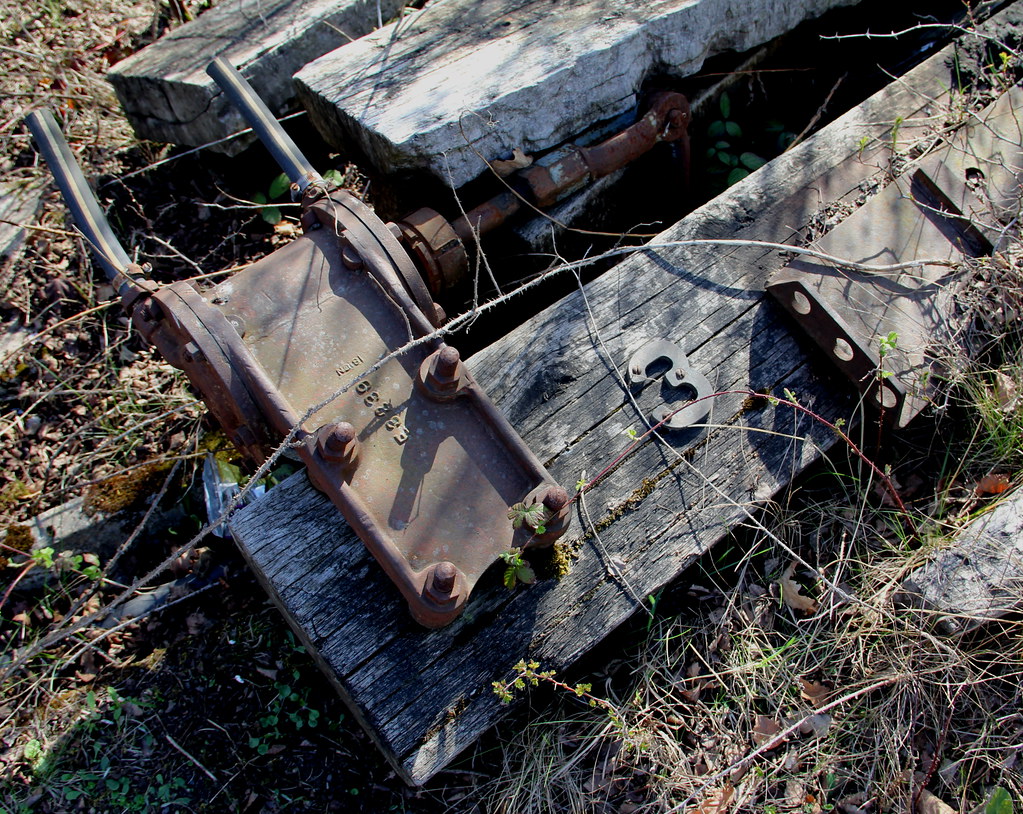 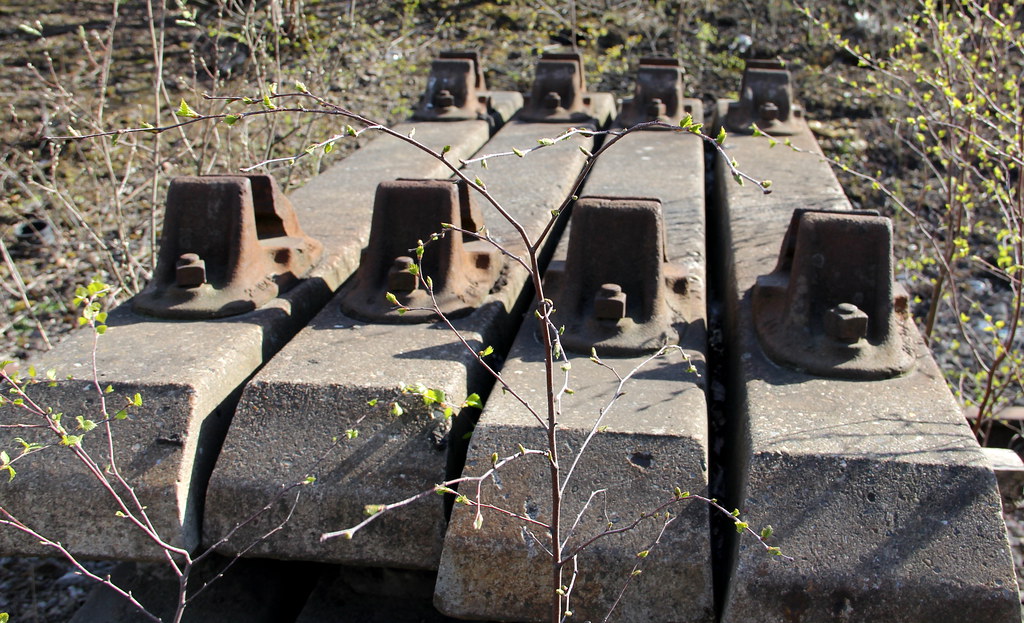 And some in situ track that looks reasonably usable: 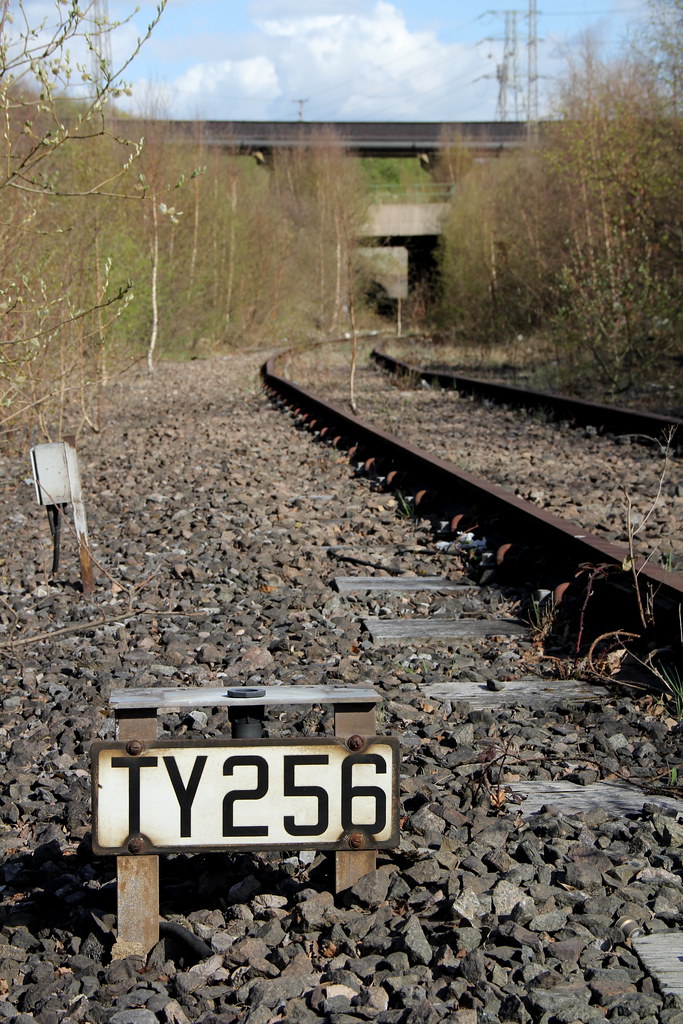 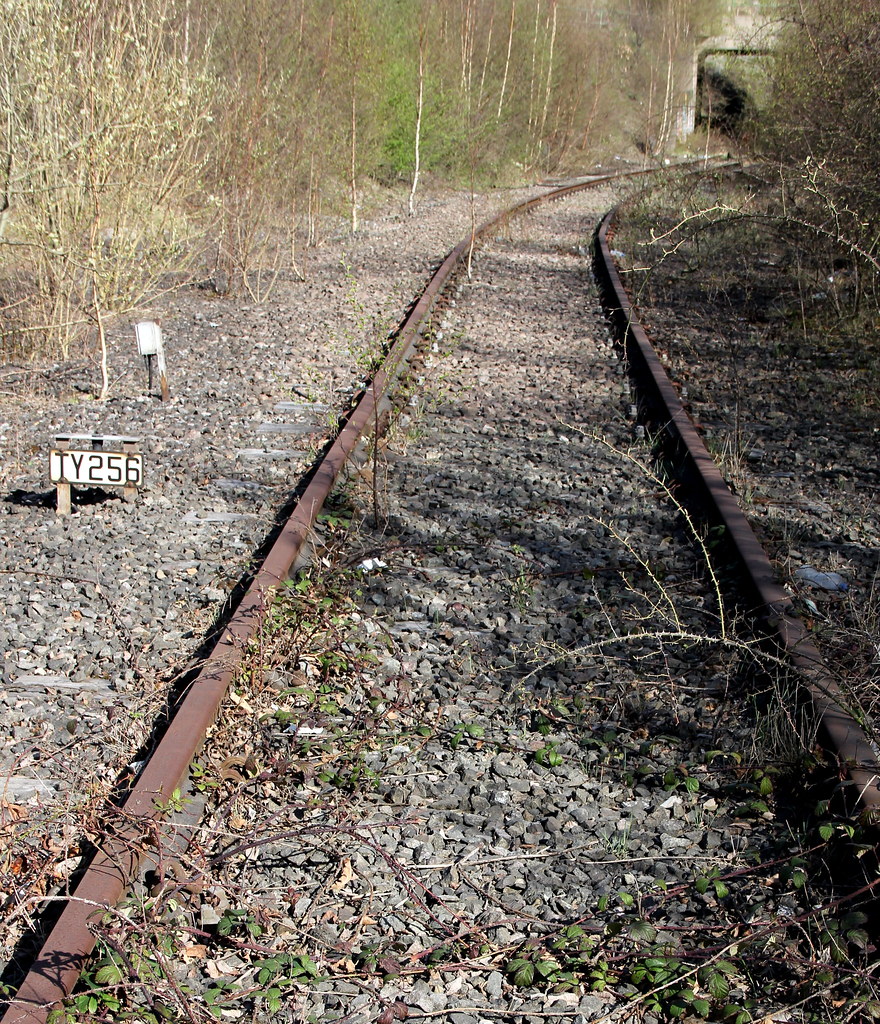 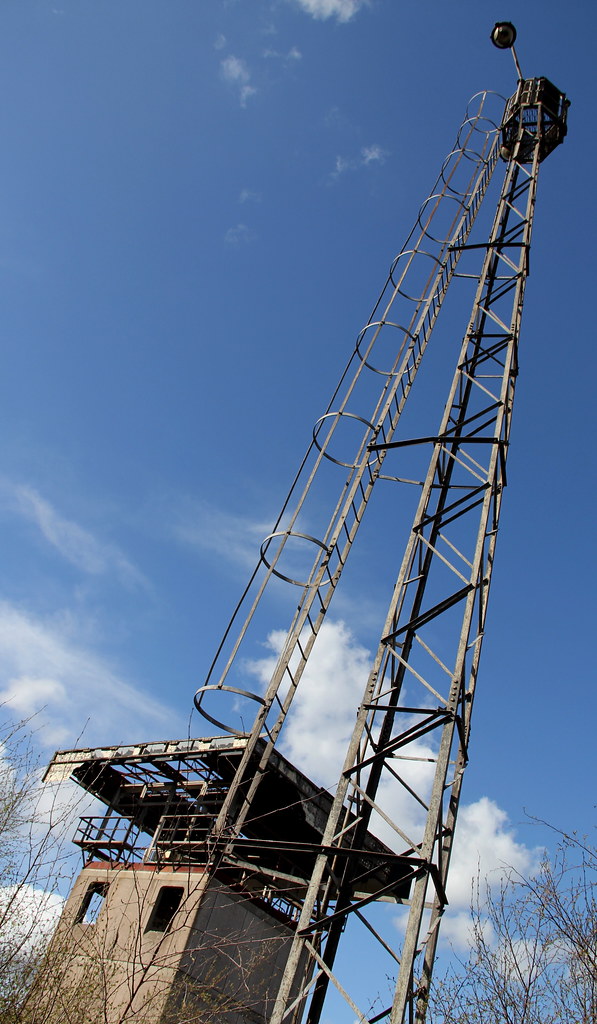 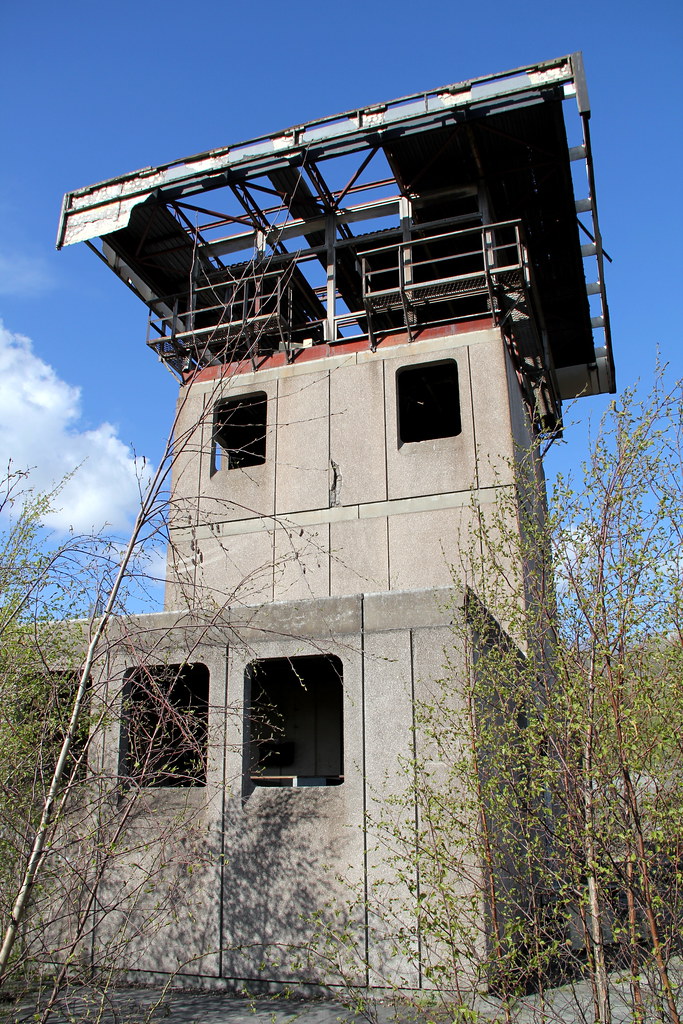 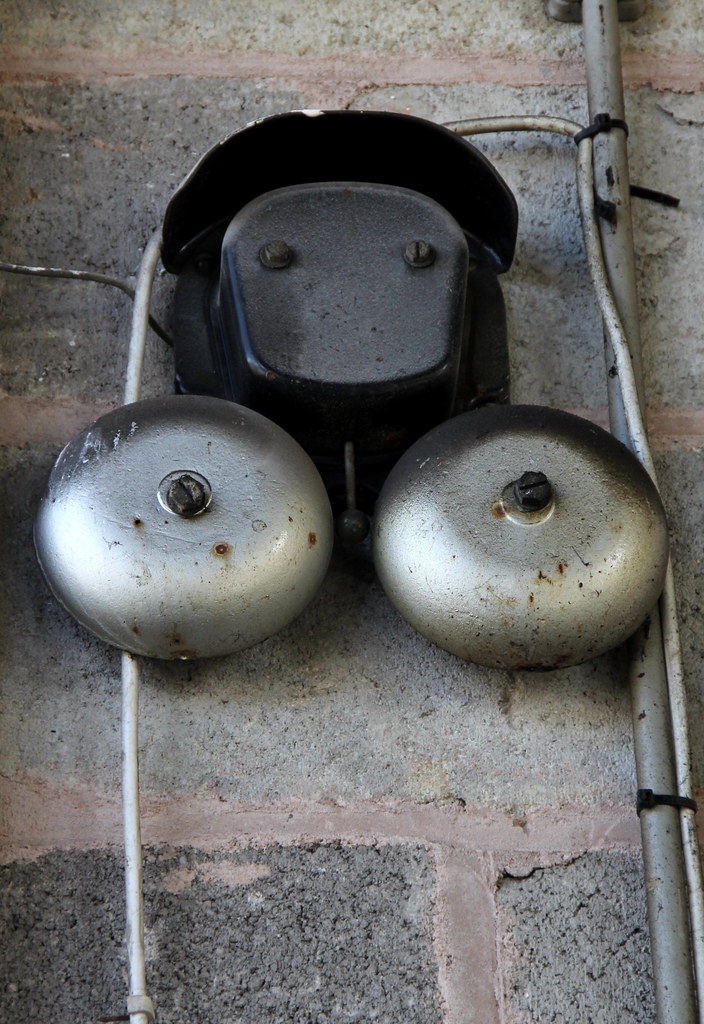 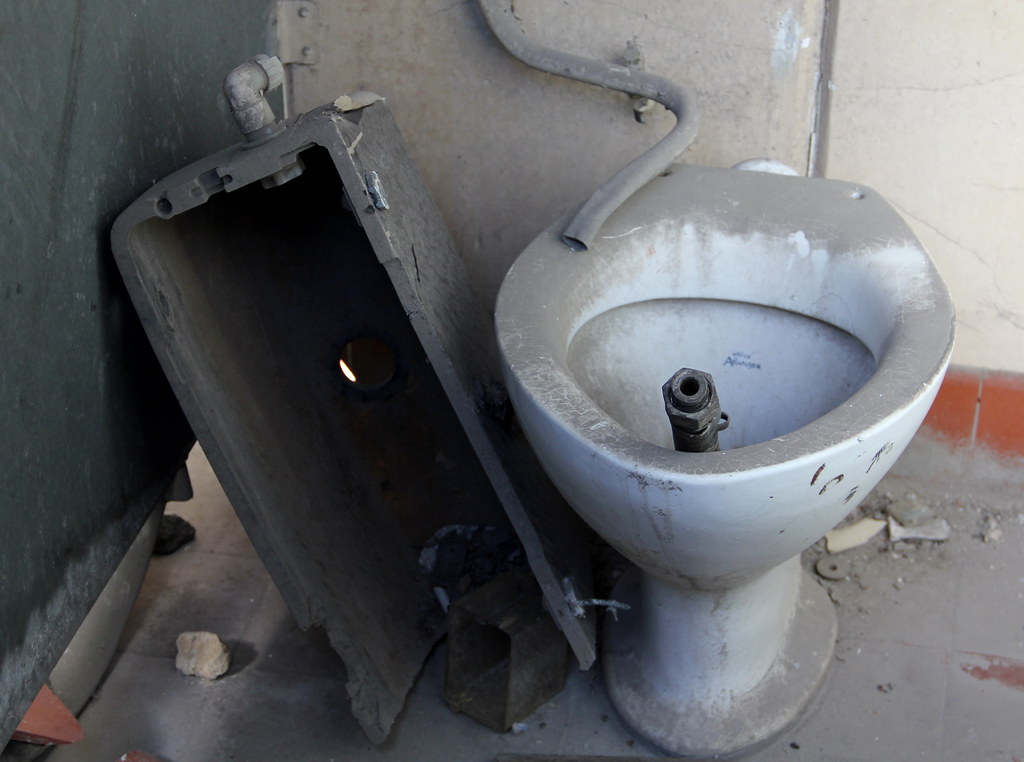 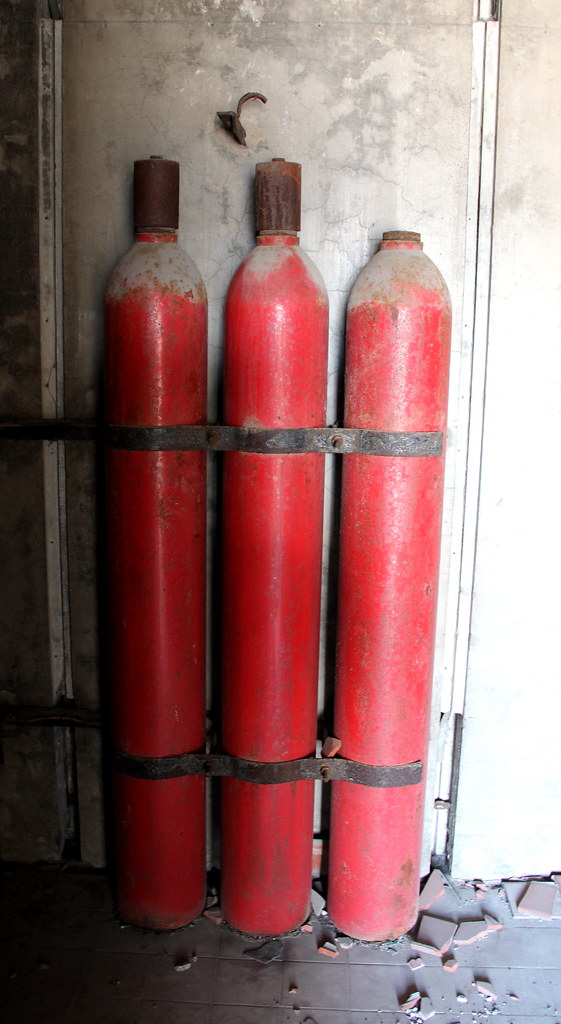 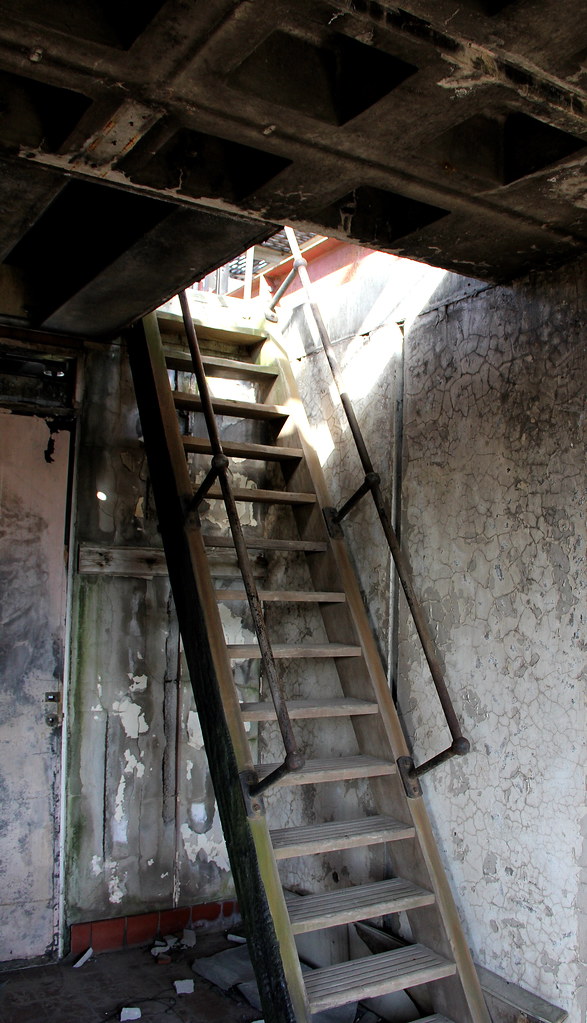 To the top of the tower: 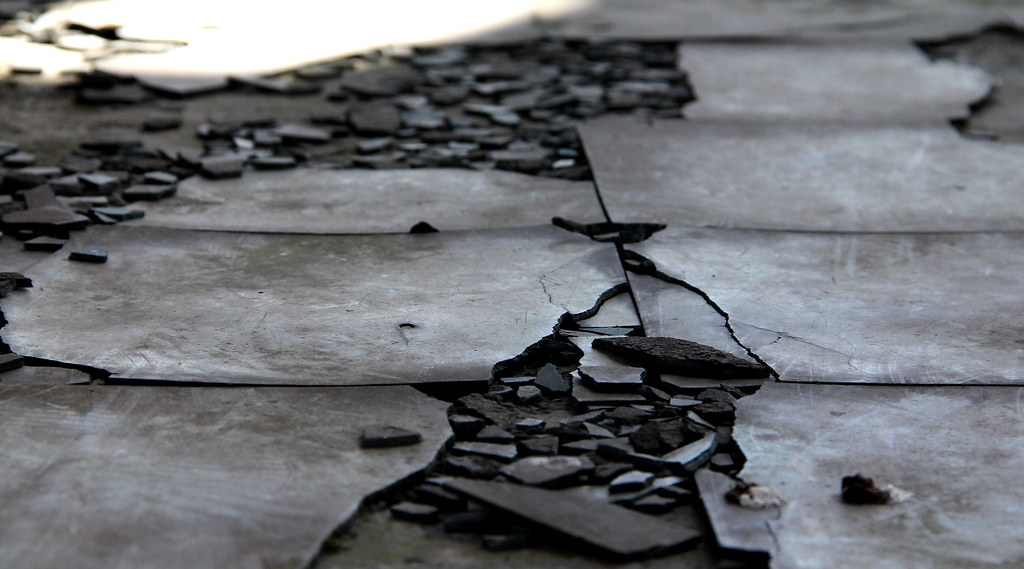 Looking towards the hotel built to serve the former Sheffield airport: 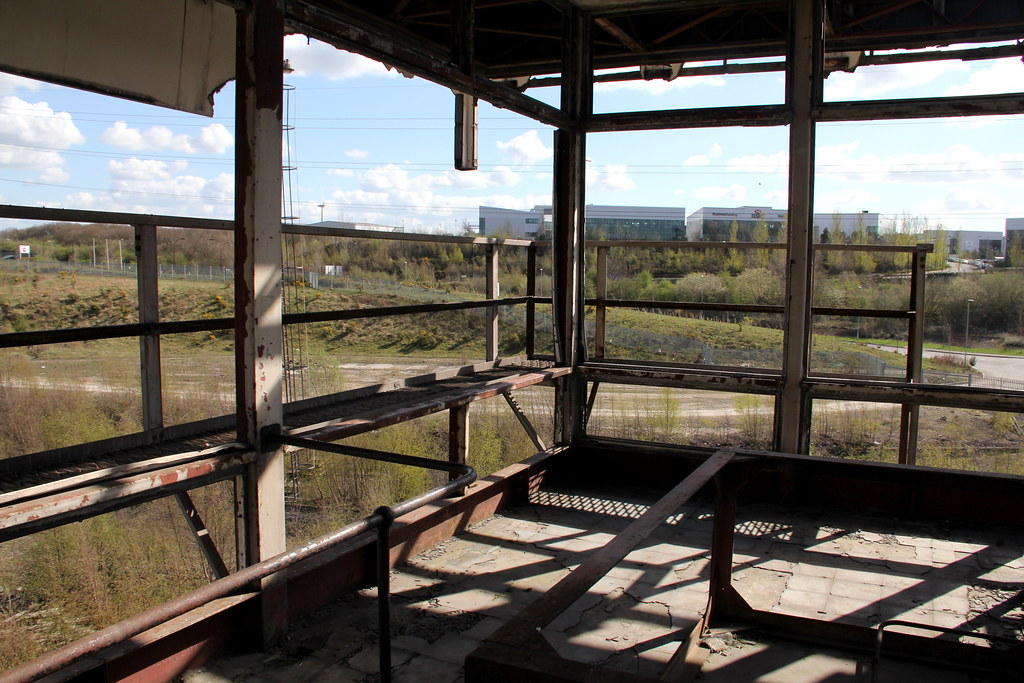 And east towards the Parkway: 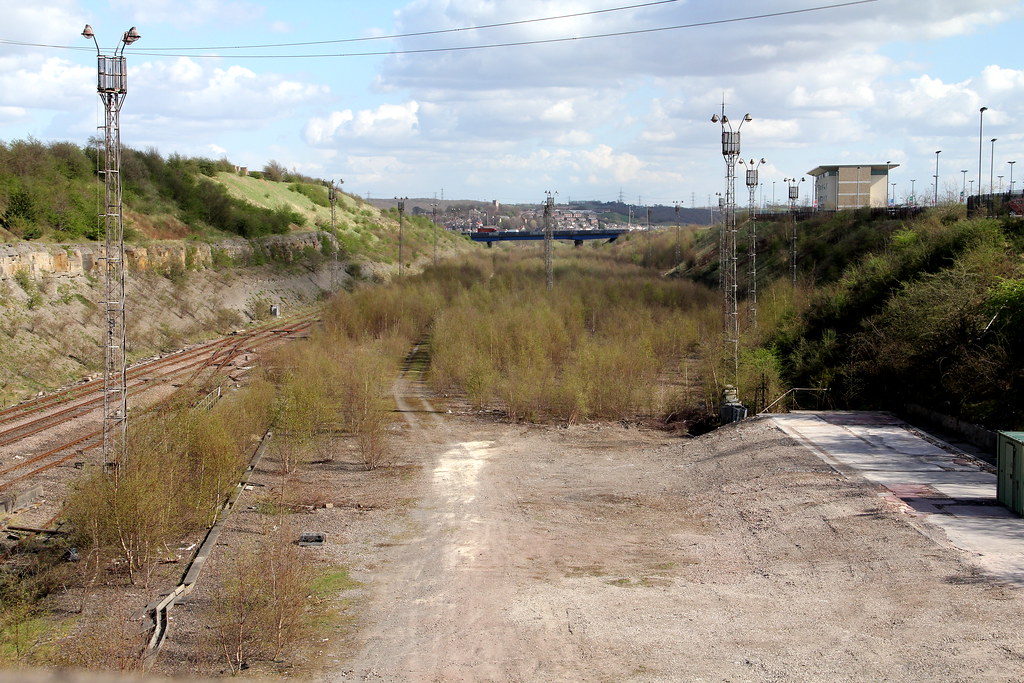 The adjoining building connected to the tower: 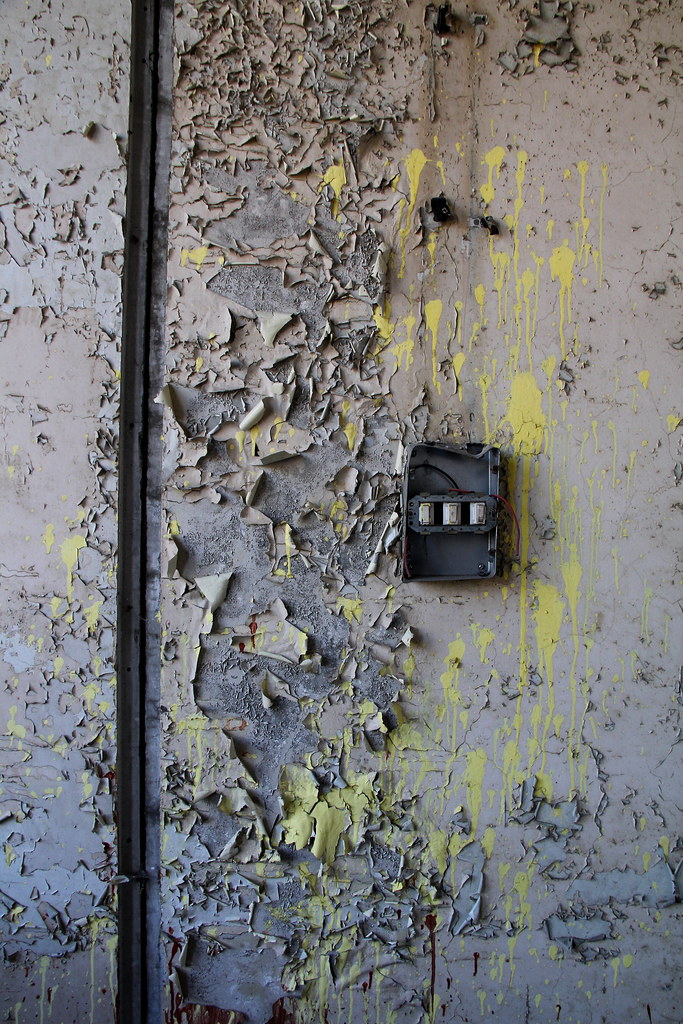 Which has fallen victim to the arsonists and metal thieves: 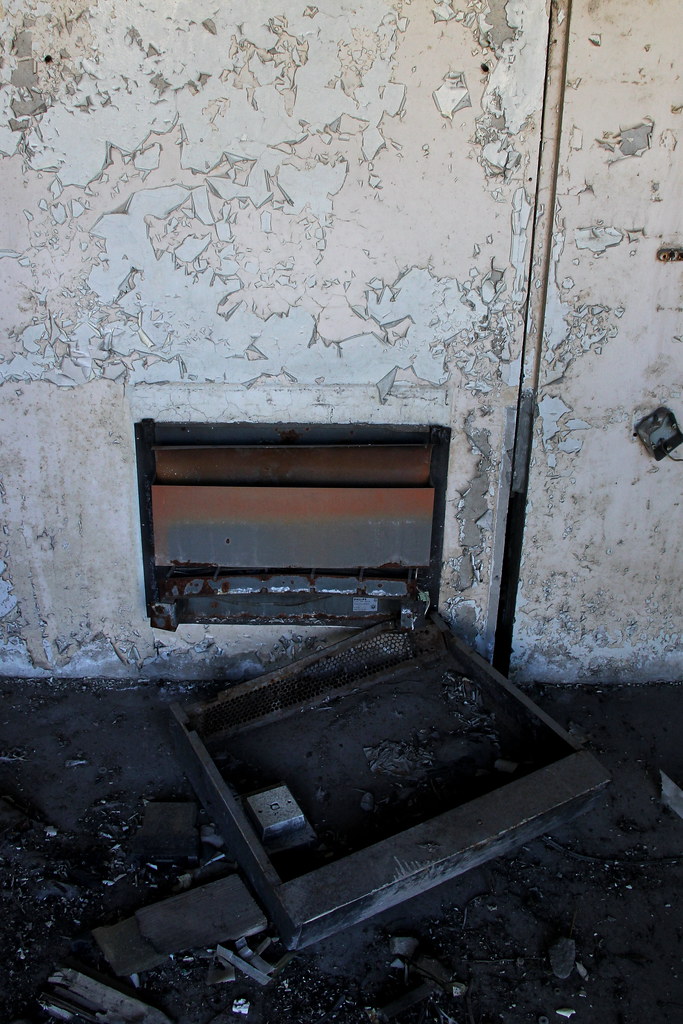 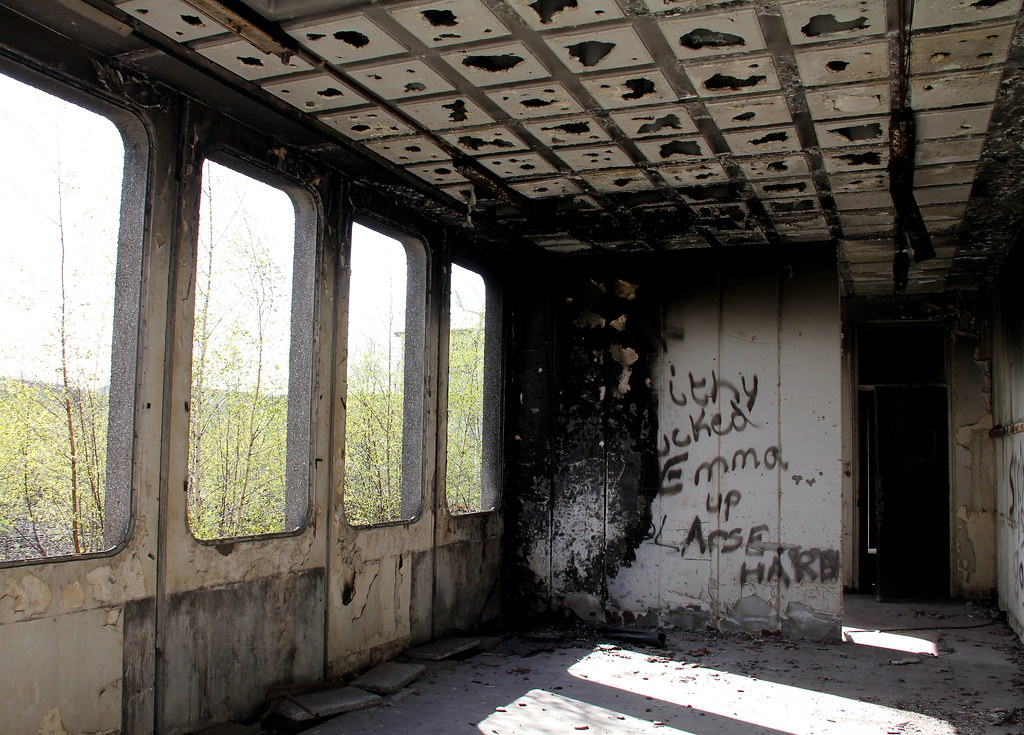 And the unidentified building at the back of the tower: 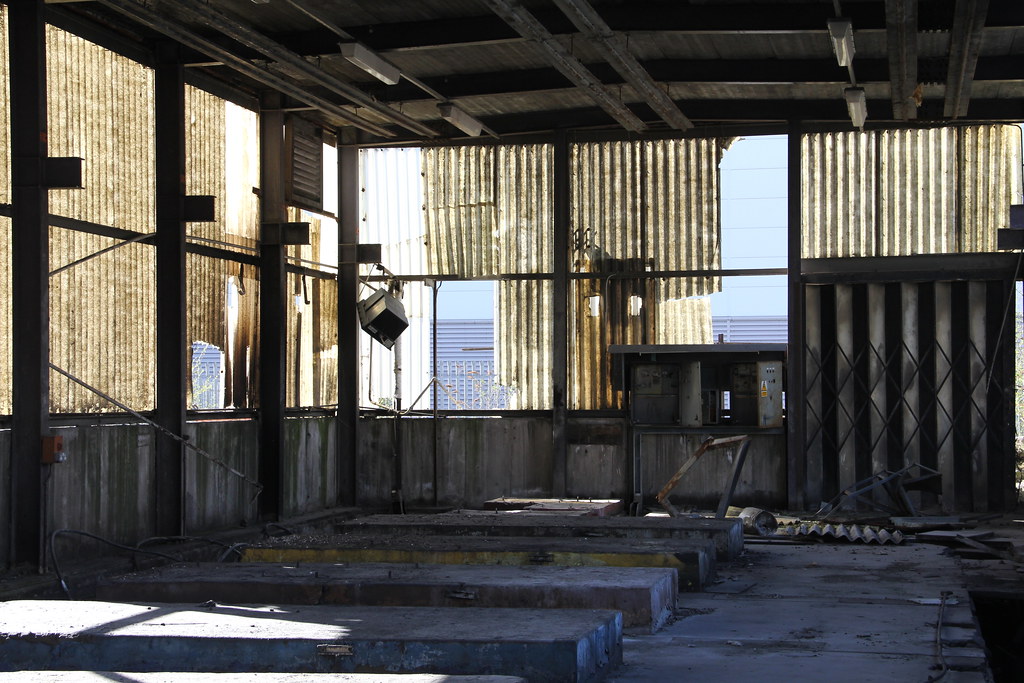 And finally, a couple of those tempting lighting gantries that dotted the former yard: 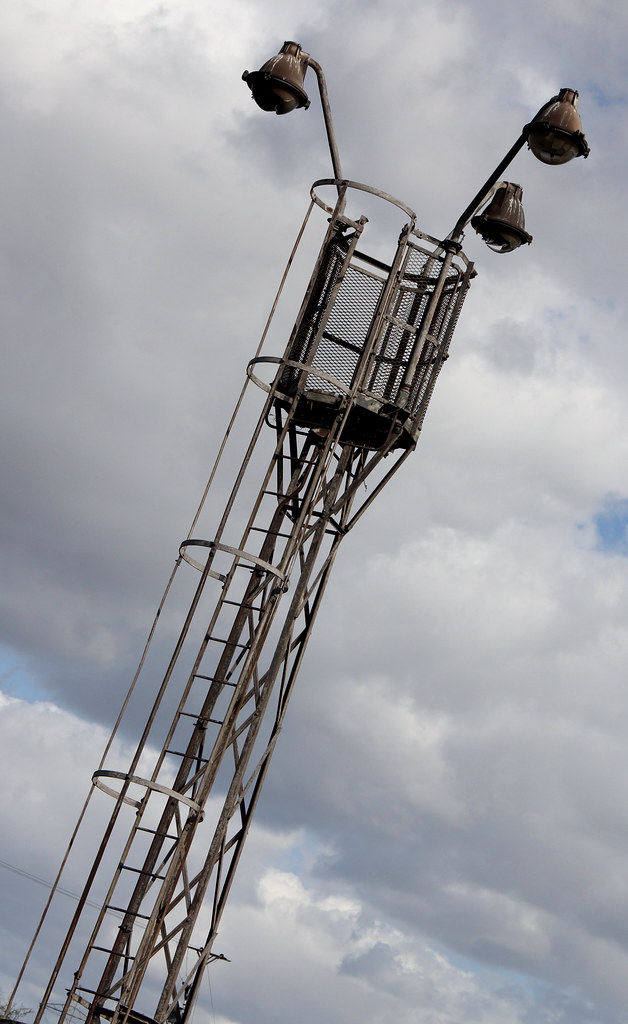 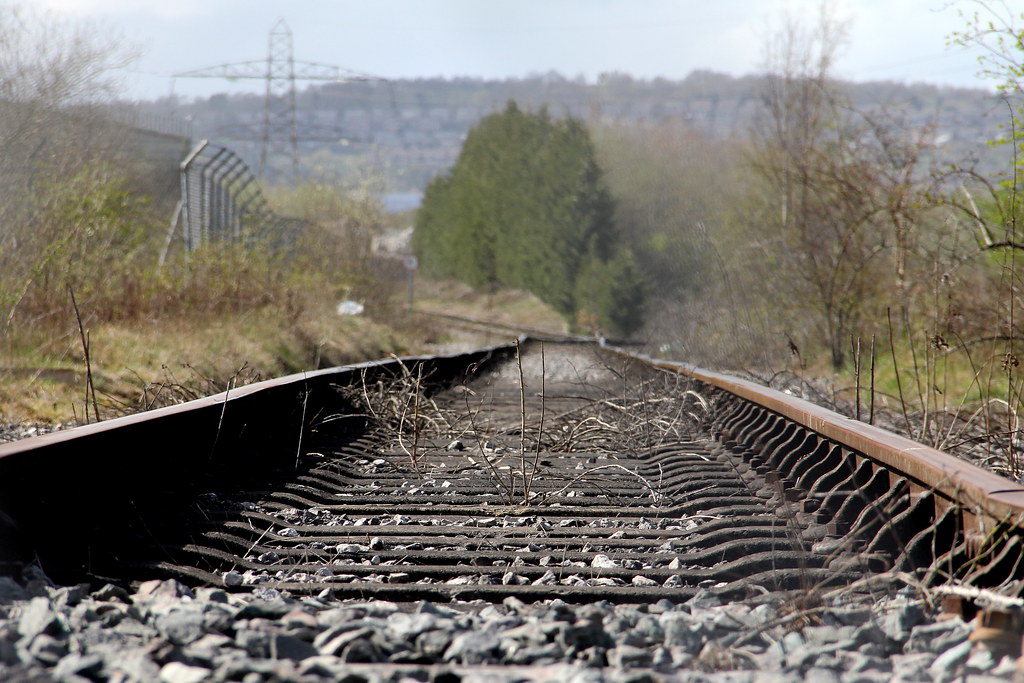 Regular User
The gas cylinders are probably part of a fire extinguisher system, I've seen similar like that in various industrial sites before.
W

28DL Full Member
Happy days - thanks for the memories, diverting off the motorway on my way home to find a class 13 locomotive or joining the queues on an open day to see a locomotive carrying a special Tinsley nameplate

westernsultan said:
Happy days - thanks for the memories, diverting off the motorway on my way home to find a class 13 locomotive or joining the queues on an open day to see a locomotive carrying a special Tinsley nameplate
Click to expand...

Yep whenever I think of Tinsley I think of those push pull Class 13's - amazes me nobody has tried to recreate one, can't be that difficult.
Website: www.whateversleft.co.uk - County Asylums: www.countyasylums.co.uk​
W

tumbles said:
Yep whenever I think of Tinsley I think of those push pull Class 13's - amazes me nobody has tried to recreate one, can't be that difficult.
Click to expand...

Regular User
The "unidentified building at the back of the tower" had a row of five or six big Deutz air compressors installed when I originally explored here - Assuming they supplied air for operating points or something?

One of those sites that we drove past for years without ever finding the time to look at sooner!

Moderator
Re red painted gas cylinder, it used to contain Hydrogen, for what purpose I do not know, but it is not a fire suppressant.

We are all part of History - Only difference is we are still living our bit.
P

Ordnance said:
Re red painted gas cylinder, it used to contain Hydrogen, for what purpose I do not know, but it is not a fire suppressant.

28DL Full Member
Since 1997, fire extinguishers in EU countries must follow a colour coding laid down in the European Standard EN3. This colour is 'Signal Red' -[seems appropriate as we are talking about Tinsley]-RAL 3000 in the European RAL colour schema).

Before 1997, the body of the fire extinguisher was a different colour, depending on what sort of agent it contained (and therefore what sort of fire it was intended to put out.)

Since 1997, the Red body is mandatory, but there are six variants:

Sprinkler systems should also be red as indeed any fire suppression system - here's the technical bit. For the visible range (human's) of the electromagnetic spectrum, 'Red' scatters the least. So it appears bright, stands out among a lot of things and catches the eye from a long distance. When fire breaks and there is panic and smoke around you'd want some colour for the safety equipment that'd make it easily noticeable. It is the same reason we use red for 'STOP' signals and 'DANGER' signals.

Moderator
I hear what you are saying, and for fire extinguishers I agree, but these look like industrial gas cylinders.

Only gases used for fire suppression are Halon (used to be Green - now widely banned) & CO2 (Black) and both should have supplementary markings to say so.
Last edited: Apr 12, 2020
We are all part of History - Only difference is we are still living our bit.
W

Canisters containing argon gas for use in extinguishing fire in a server room without damaging equipment. Can also use Argon with Nitrogen 50/50 for fire suppression.
Last edited: Apr 12, 2020

westernsultan said:
View attachment 847322Canisters containing argon gas for use in extinguishing fire in a server room without damaging equipment. Can also use Argon with Nitrogen 50/50 for fire suppression.
Click to expand...

Used to get argon system in data centres. One of the old ones we had to go to in work basically made you turn it off when inside otherwise they’d state that you’d potentially choke to death if it went off
Website: www.whateversleft.co.uk - County Asylums: www.countyasylums.co.uk​
You must log in or register to reply here.
Share:
Facebook Twitter Reddit Pinterest Tumblr WhatsApp Email Link